The museum has one main exhibit hall, having a very large number of dinosaurs (especially theropods); most are high quality reproductions. In the lobby, I set up a temporary exhibit table on the theme of “Highly Evolved Tetrapods”, meaning ones that have lost or rearranged major parts of their skeletons. My table, manned by my son Christian and myself, featured live animals.

The hit of the exhibit was Vivian, an adult ball python (Python regius). Many people, as urged to by our signage, asked to see Vivian’s hind legs.

Most people (even biologists) don’t know that some extant snakes have vestigial hind limbs, and my son and I have always liked to show them off. Once, when he was in grade school, he told a naturalist at a creationist nature camp (admittedly an odd combination) about the legs on a python they had on exhibit. She demurred, but my son, in good faith (he didn’t know they were creationists) persisted, and offered to show the legs to her. She allowed as she had seen the structures, but that they weren’t legs. He again persisted, stating (correctly) that the leg bones and pelvis were still there, and that they were legs. She could only sputter that they were not legs “in my world view”!

The giant toad (Bufo marinus; called cane toads in Australia, but native from Texas to Argentina) was also quite popular. You can see the large ellipsoid poison glands behind the eye, and the swelling of the body to make swallowing difficult, another defensive attribute. We also had an American toad (Bufo americanus; common throughout most of the eastern United States and Canada) for comparison. Both are good-sized adults.

We also had Slidey, a red-eared slider (Trachemys scripta elegans); we’ve noted before here on WEIT how highly evolved turtles are. 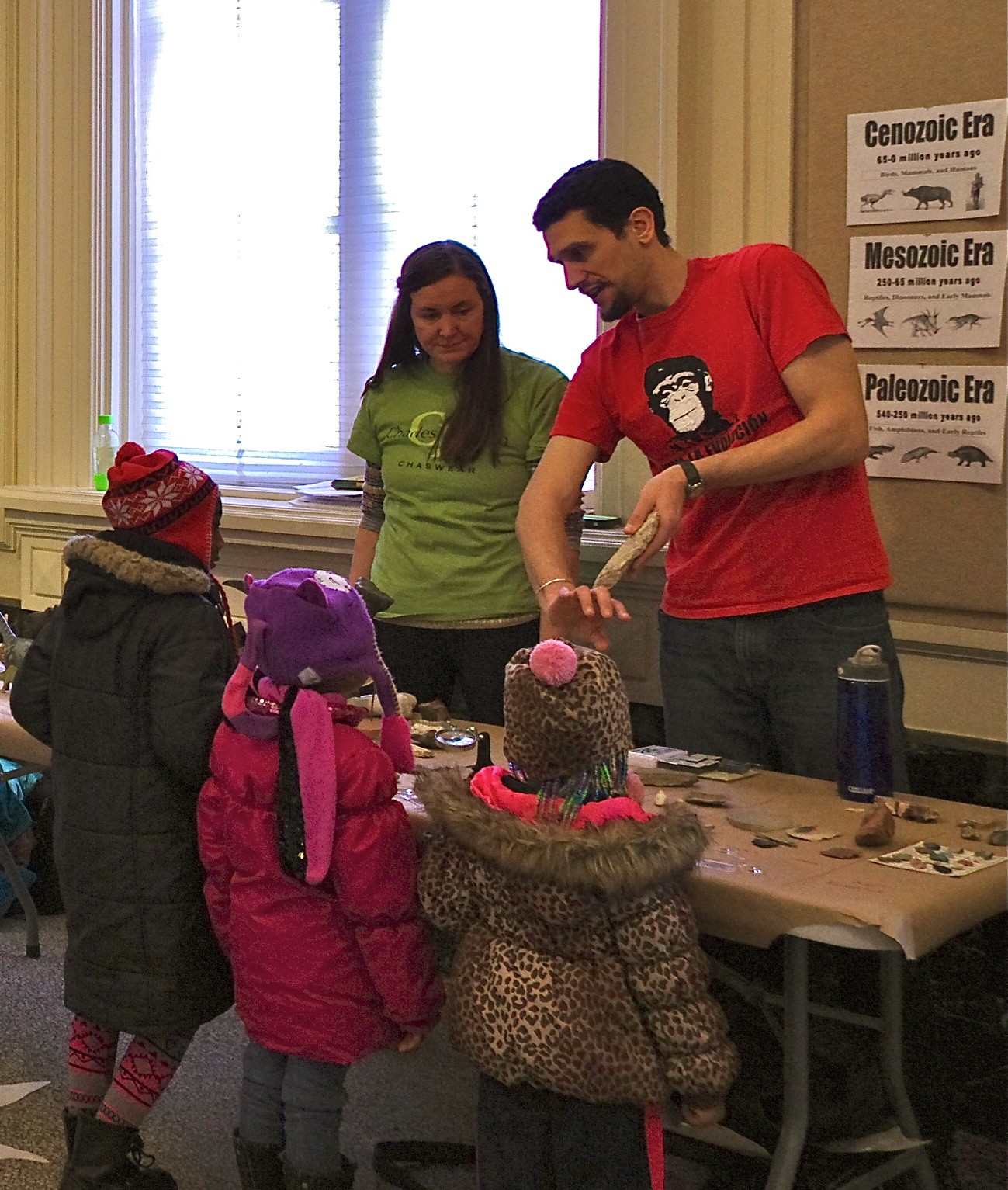 The plastic animals (all high quality collector-grade pieces) were arranged in correct phylogenetic arrangement. Although you can barely see him under the mammoth’s chin, humanity is represented by a 3D print of Charles Darwin as depicted in the sitting statue of him at the Natural History Museum in London.

Chris and I also gave lectures in the museum’s downstairs class room, on “How Evolution Works” (me) and “What the Fossil Record Tells Us about Evolution”. Nick Wiersum, Curator of Education, led special activities in the main exhibit hall.

I think the event was quite successful, with events suitable for kids, students, and adults. There was a good crowd, from kids through adults, with steady numbers the whole day, and lots of good questions. The attendees included WEIT readers, some who came from Milwaukee and Evanston– thanks so much for the support, and it was good to meet you! 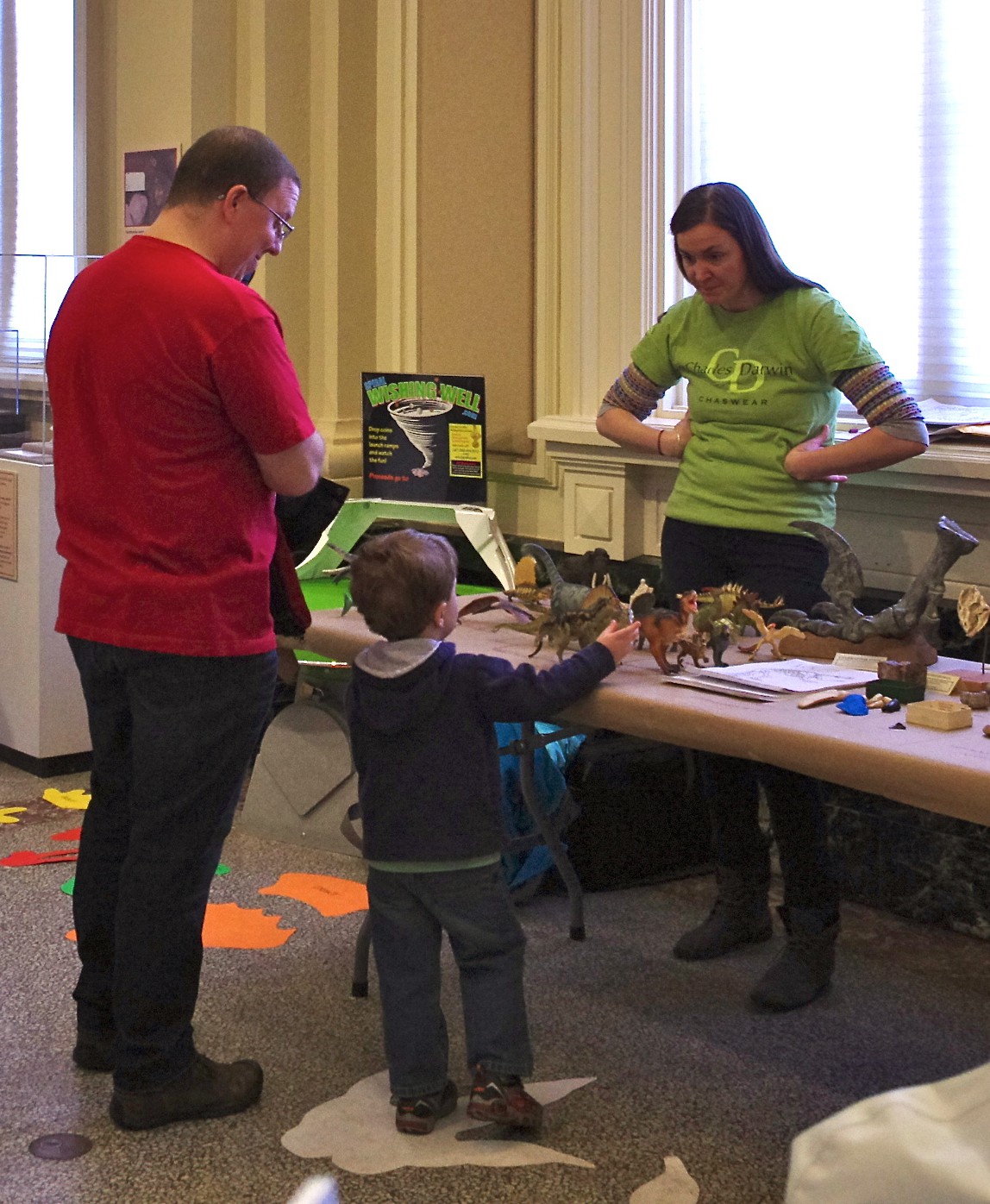 32 thoughts on “Darwin Day at the Dinosaur Discovery Museum: report”