As my CNN bulletins kept coming in over email last night (I had no heart to watch the election results on television), my heart sank lower and lower. One by one, Republicans took Senate seats, House seats, and governorships. Democratic victories were rare. The only bright spot is that Oregon and Washington D.C. legalized marijuana, which will provide a palliative for sensible people who must endure the next two years (or even more) of gridlock and heartless conservatism.

Here’s today’s headline from the New York Times, and the depressing statistics below it. Republicans have not only gained control of the Senate, but expanded their hold on the House. Click on each to go to the story: 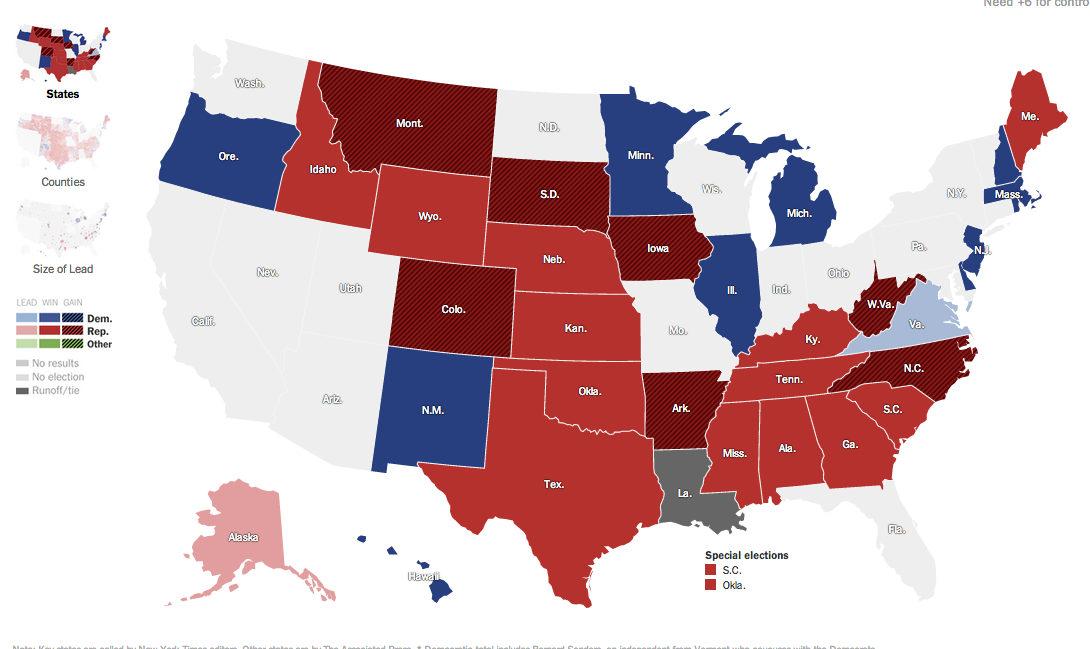 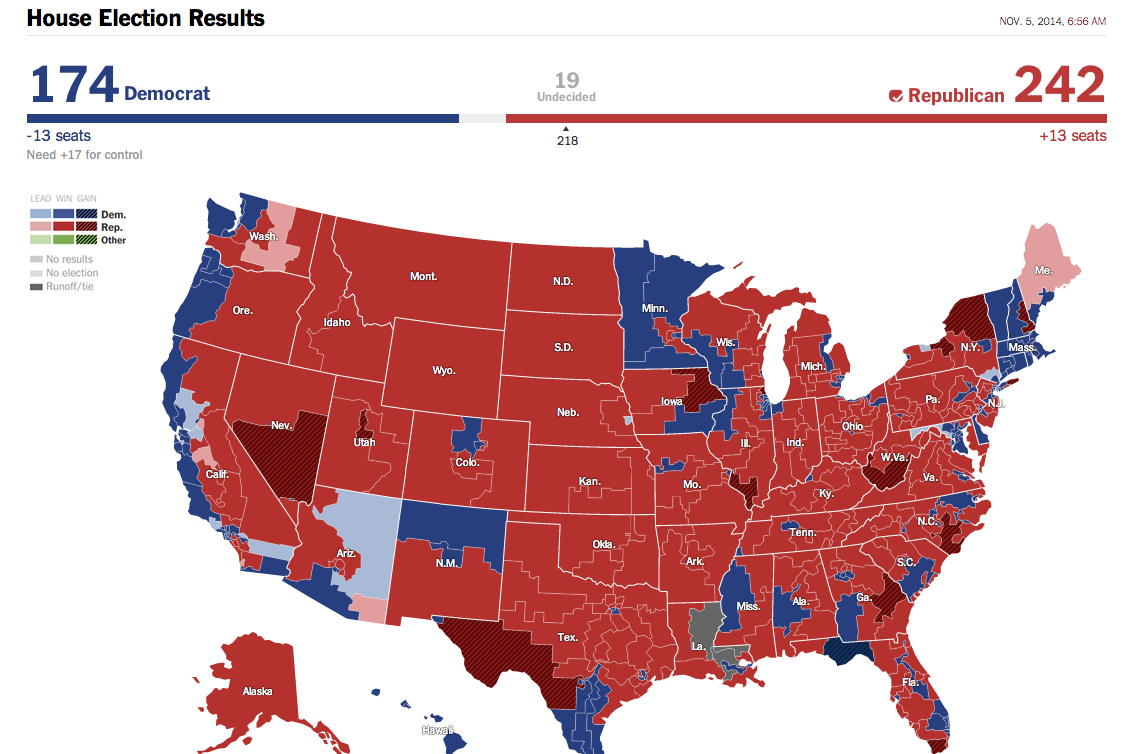 The Democrats lost 13 seats in the House, which remains Republican, but also 7 seats in the Senate, which is now in Republican hands. With both houses of Congress controlled by Republicans, what we’ll see is gridlock until the 2016 elections. Republicans will be committed to overturning Obama’s health care bill and expanding tax advantages for the rich, and will do everything they can to derail Obama’s initiatives. They are a party not of progress—not even conservative progress (whatever that is)—but of obstruction. Their only platform is to make things harder for immigrants, women, and the poor.

Here’s what we have to look forward to:

And even if Hillary Clinton wins the Presidency in 2016, which I expect, many of these gains will remain. What that means is very little important legislation will be enacted for six years au minimum.

This represented a vote against Obama by an electorate who votes on their own pocketbooks and not on principle.  I truly don’t understand the demonization of Obama. He’s gotten healthcare through, largely pulled our troops out of the Middle East (though he tends to waffle on foreign policy), and had sensible policies on immigration.  I can’t help but think that those Republicans disaffected by his victories, and the fact that he’s black, are striking back in a big way when they have the opportunity (if you think Obama’s race makes no difference, you’re living in Cloud Cuckooland). Obama, whatever you may think of him, had decent policies but was blocked by a truculent Republican faction in Congress.

I really do despise the Republic Party and all that it stands for. There’s nothing to look forward to in the next two, six, or even ten years—except for the people of Oregon and the District of Columbia, who now have the means to become impervious to politics.

373 thoughts on “The elections: We’re screwed”