It’s one of those days when braining is very hard, and I think this is a problem for many people during the pandemic. I’m not sure why it’s the case for me, unless I’ve internalized the anxiety I share with many people about politics, the pandemic, aborted plans, and so on—to the point where adrenaline and cortisol are clogging up my synapses. To be honest, reading any kind of scientific paper seems like an almost insuperable chore, and though I have a backlog of interesting science papers to report on, I just can’t bring myself to read them. Stay tuned.

This is probably temporary, so instead of braining I’ll just drop a few references that I’ve read and wanted to write about, but can’t force myself to say anything substantive. I’ll put the screenshots below and a few words about each one, and perhaps you’ll find intellectual nourishment. Click on each screenshot to read the article.

First, Andrew Sullivan’s weekly column just arrived in my inbox, and I haven’t read it yet, but I will. Sullivan informs us that this is the last free access to his new site, The Weekly Dish, before the paywall goes up. I’ve subscribed, and so will continue to call attention to pieces I think are interesting. If you don’t want to pay $50 per year, go to the link below to get your last free read.

The main piece is Sullivan’s argument for the legalization of psychedelic drugs, and why they’re useful, and there’s a secondary piece called “Is Wokeness Winning?”, a response to readers’ criticisms of Sullivan’s previous piece that answered the question “yes, it’s winning”, and explained why.

Speaking of James Lindsay, whom Sullivan mentions in the “wokeness” piece, criticizing his decision to vote for Trump, there’s a good albeit long analysis of the insidious connection between Critical Race Theory and anti-Semitism at Lindsay’s New Discourses site: 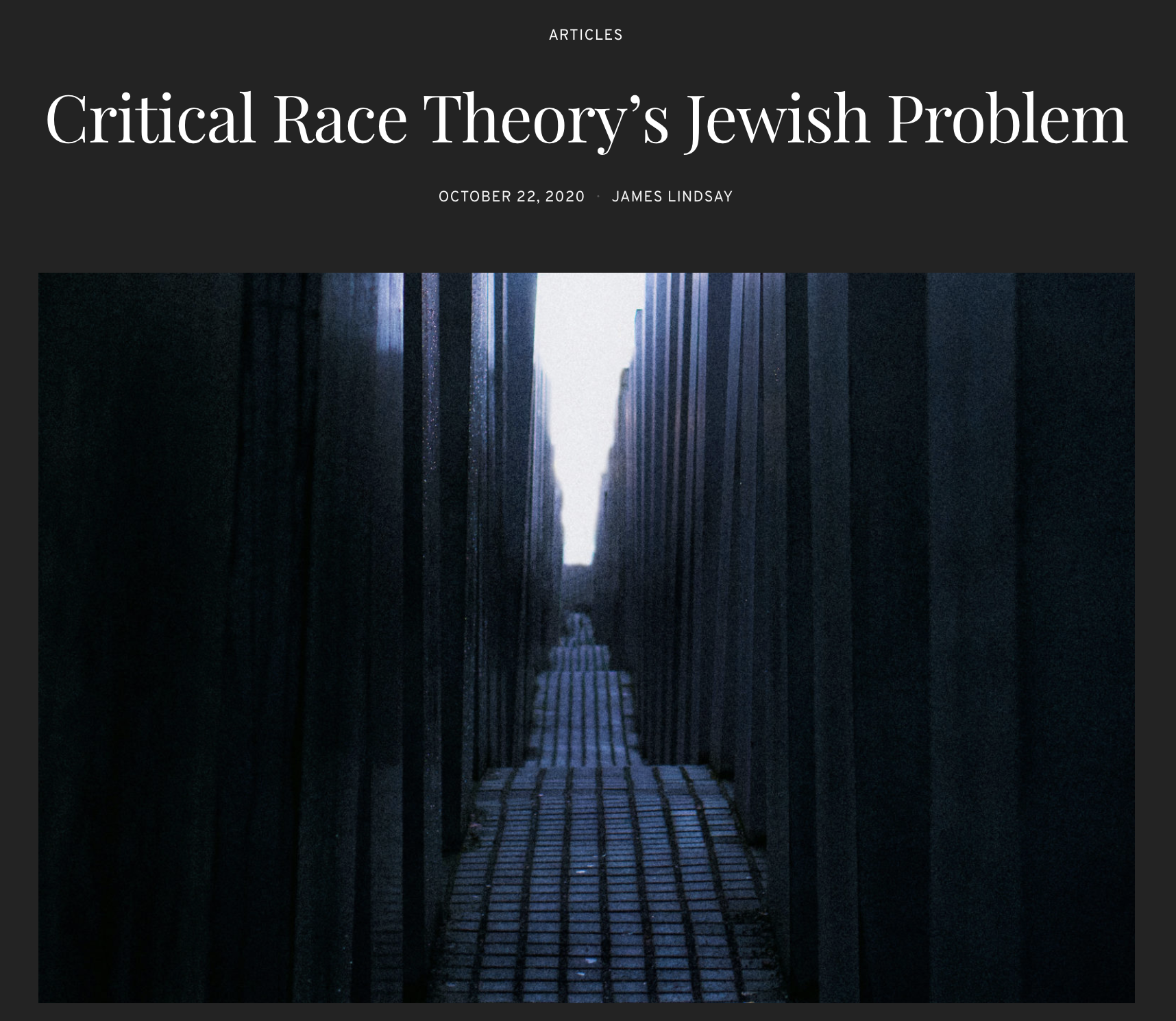 Here are two papers on “scientism”, one by Maarten Boudry and the other by Massimo Pigliucci, who take opposite positions on issues. Boudry rejects the term, defending the idea that the sciences (broadly construed, as I call it, as does Boudry) are the only sources of knowledge. Pigliucci has a narrower definition of “science”, but the real argument should be about whether there are other ways of knowing besides interrogating nature (the “empirical method”), something that Pigliucci seems to think. Read Boudry first, then Pigliucci: 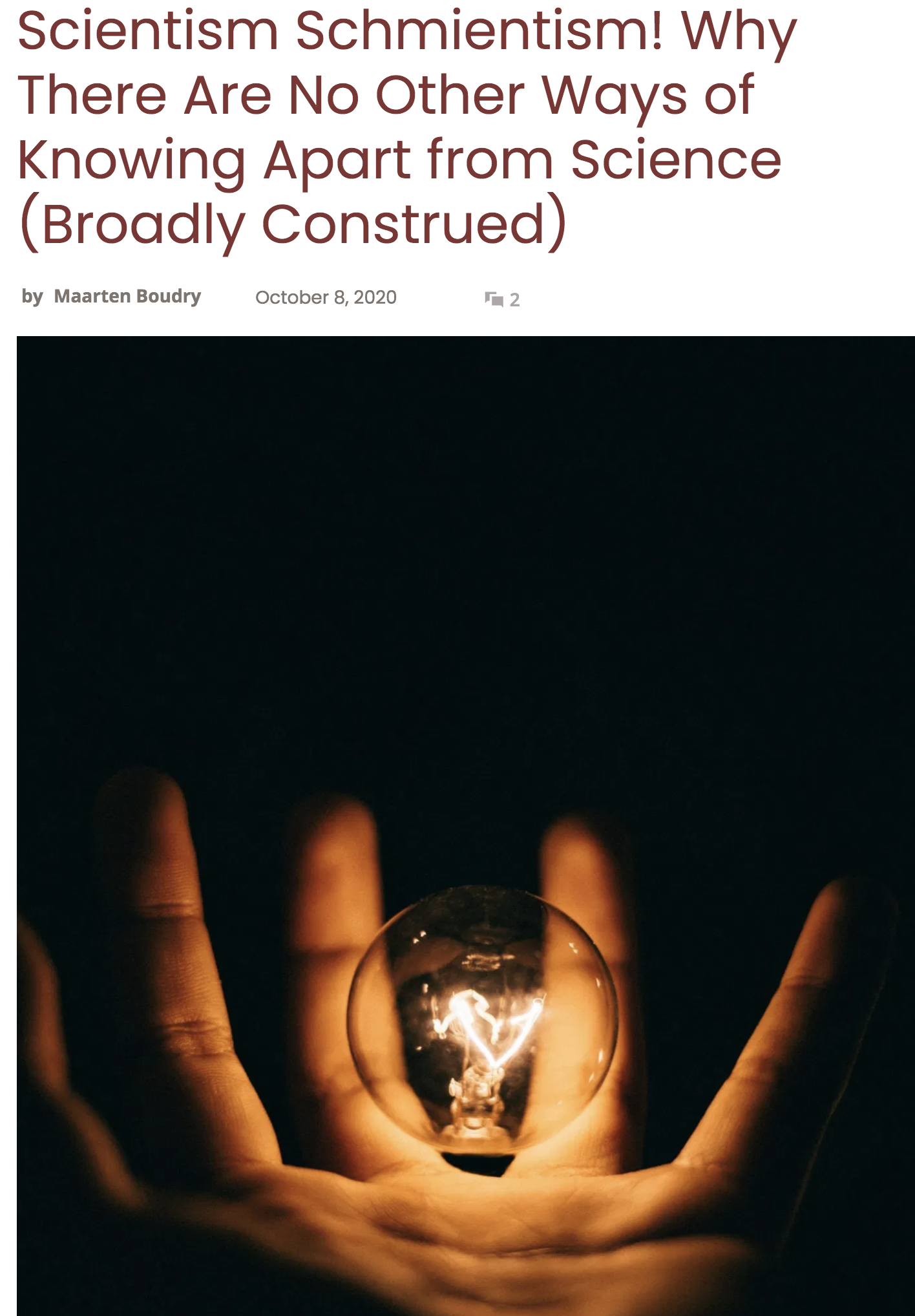 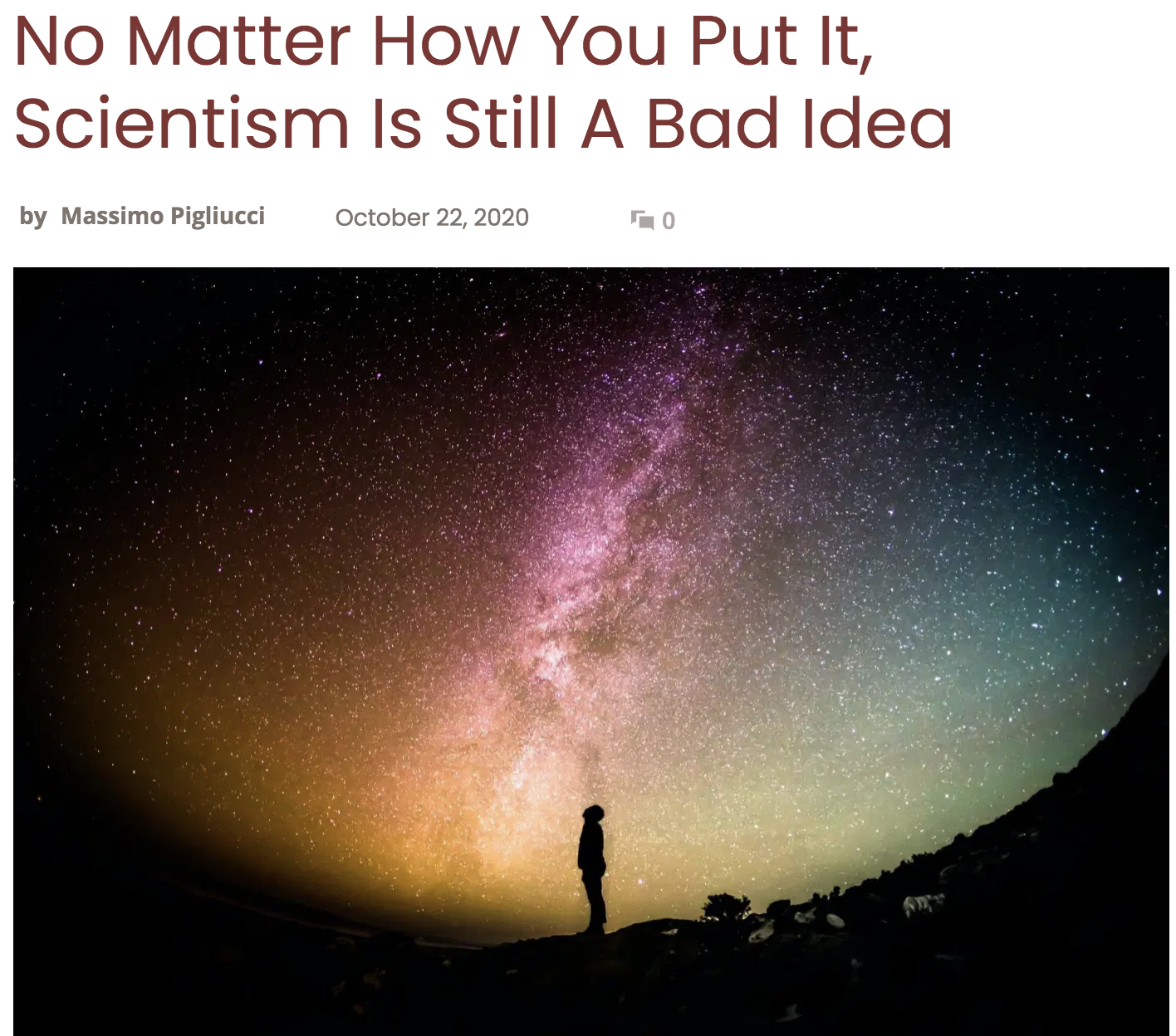 From Forbes. Those opposed to meritocracy on the grounds that it perpetuates racial inequalities and inequities have driven many colleges to ditch the use of standardized tests like SATs and ACTs. Because minorities get lower scores, this is seen as evidence that the tests are “racist”. People also argue that these tests have no predictive value for success in college or after college.

As far as I know from my reading, that last assertion is wrong: test scores not only are as useful as high-school grades in predicting college success, but also predict post-college success. They’re also also valuable in identifying students who may have lower GPAs but are worth noticing because of their high test performance. I stand by my prediction that, as wokeness spreads, the very idea that one should advance on the basis of merit will be tossed into the trash bin.

At any rate, this article argues (and gives lots of links) for the value of standardized tests as predictors of success.

The new shingles shot, Shingrix, is notorious for having fairly frequent side effects, including flulike symptoms, chills, etc. It’s a series of two, given 2-6 months apart, and is recommended for everyone over 50, so get yours. Despite possible side effects, it beats shingles! (I’ve heard horror stories from people who have had this outbreak.) At any rate, I had my first shot yesterday and now, about 20 hours later, have a bit of chills and a sore arm. Nothing serious, but I’m going to go light on the posts today so I can rest and summon up the energy to feed the many ducks (now about 45!) in Botany Pond.

At any rate, I have three items today that I call to your attention. Coincidentally (?), all are about the dangers of extreme Woke Leftism.  I won’t comment on them except to give a brief idea of the contents, as you should evaluate them for yourself. And I’ll ask readers to share links to things they’re reading online.

The first piece is a long blog post for the Santa Monica Bay Audubon Society by Chuck Almdale, who wrote this post as “Chukar” (but put his name at the bottom of the post, reproduced with permission here). It’s a dissection of the controversy about the upcoming renaming of American birds, one that I touched on briefly in two recent posts.  In particular, my posts and Chuck’s center on the renaming of McCown’s Longspur as the Thick-billed Longspur. The reason? McCown fought for the Confederacy. Almdale gives 13 reasons why the renaming was unwarranted, among which is that there seems to be no evidence that John McCown had slaves or was a racist (there are many reasons why soldiers fought for the Confederacy besides “defending slavery”). If simply fighting for the Confederacy for reasons unknown makes you an Unperson and effaces your accomplishments (and, ornithologically, McCown was accomplished), then we’re going to have to erase a lot of people.

At any rate, Almdale’s piece is long, and veers off into tangential explication of social-justice warriorism and its sequelae, but if you’re just interested in the ongoing bird controversy—148 more birds are going to be renamed because they’re named after white people and therefore “bear the stench of colonialism“—you can read the intro, the 13 reasons, and look at the tweets for and against the change. Who would have guessed that Wokeness would invade the bird community? Well, if it did down knitting, I suppose nothing is immune.

This article from the Times Literary Supplement is unusual in two respects: it’s free and it’s against Cancel Culture (the TLS is usually woke). A poem that appeared in Poetry Magazine was canceled (effaced from the online version and, apparently, with the paper copies withdrawn) because it contained the word “Negress,” even though the poem, called “Scholls Ferry Road”, was simply recounting a term used by the poet’s grandmother. Not only that, but the editor of the magazine apologized cravenly and then resigned. Click on the screenshot to read about the fracas, which is the first part of a two-part column. (The second is about the French writer and filmmaker Alain Robbe-Grillet.)

I think of The Atlantic Magazine as a Leftist organ—not one that would publicize the excesses of the Left, but I may be wrong. Viz., read the piece below by staff writer Conor Friedersdorf. (Wikipedia describes him this way, “In an interview with journalist Matt Lewis, Friedersdorf stated that he has right-leaning views but that he does not consider himself to be a doctrinal conservative or a member of the conservative movement.” But the entry also notes that Friedersdorf has called for the abolition of ICE and and “has praised Peggy McIntosh‘s essay White Privilege: Unpacking the Invisible Knapsack.“)

The piece below recounts a controversy I was unaware of, involving “screen schools” (New York schools that funnel talented students, determined from testing into their classrooms) and, oddly, a white school board member who bounced a black child in his lap during a virtual meeting. I’ll leave you to read about Bouncegate:

So, what have you read online that is interesting and worth calling to the attention of readers? Put the links and maybe a few words in the comments.