Reader Rik Gern always sends us photos that are unusual, and often morphed into products of his imagination. Here’s another batch: Rik’s comments and IDs are indented, and you can enlarge his photos by clicking on them. A few of the plants are unidentified, and readers are invited to help.

I was alarmed to see that your supply of reader’s wildlife photos briefly ran out. So I’ve been looking at pictures I can send you. I’m working on a large batch from Wisconsin’s North Woods, but the hardest part for me is identifying genus and species, and that’s what’s prevented me from sending them. However, I figure if you can take the time to prepare an interesting post on trilobite horns, I can knuckle down and look this stuff up, which is what I promise to do this weekend. (I had to state it as a promise in order to feel obliged; otherwise I’d find a reason to do something else!)

Meanwhile, I’ve retouched a few older pictures, taken a few new ones, and obsessed over a few to the point where they turned into something else.

The first image is a peek inside the unfolding petals of a Saucer Magnolia (Magnolia X soulangeana), which is a hybrid made from crossing M. denudata and M. liliflora. This was taken right out my front door, but unfortunately the tree that bore this lovely flower no longer exists: 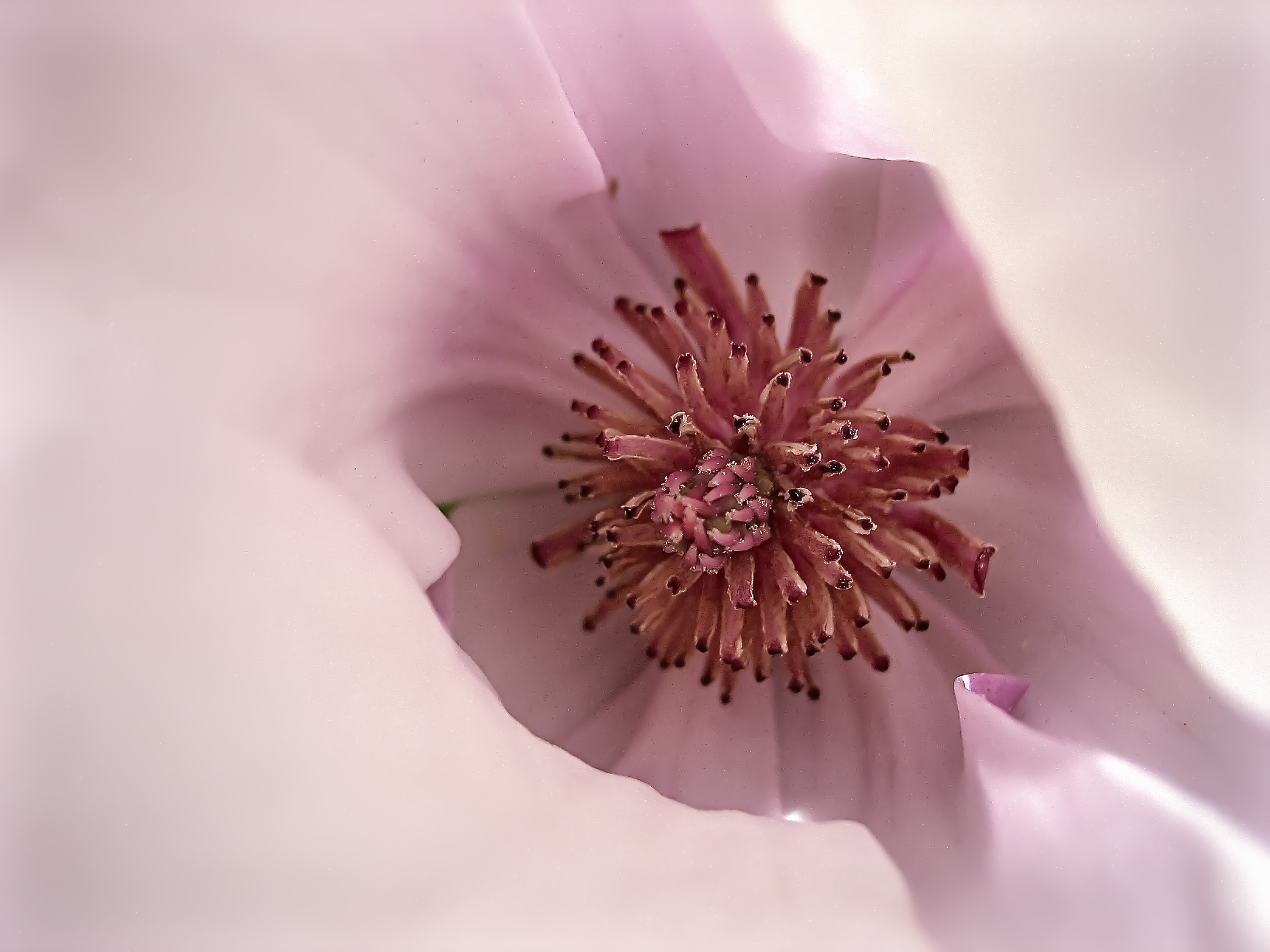 The next picture is an unknown succulent. I can’t even tell you where it grows, because I saw it in sitting in a wheelbarrow at a nursery. I’m not sure if this exhibits a Fibonacci sequence or not, but there’s something fascinating about the repeating shapes and spiraling pattern:

I have no idea what this is, except that it was growing in central Texas. I took the original picture years ago and didn’t label it. 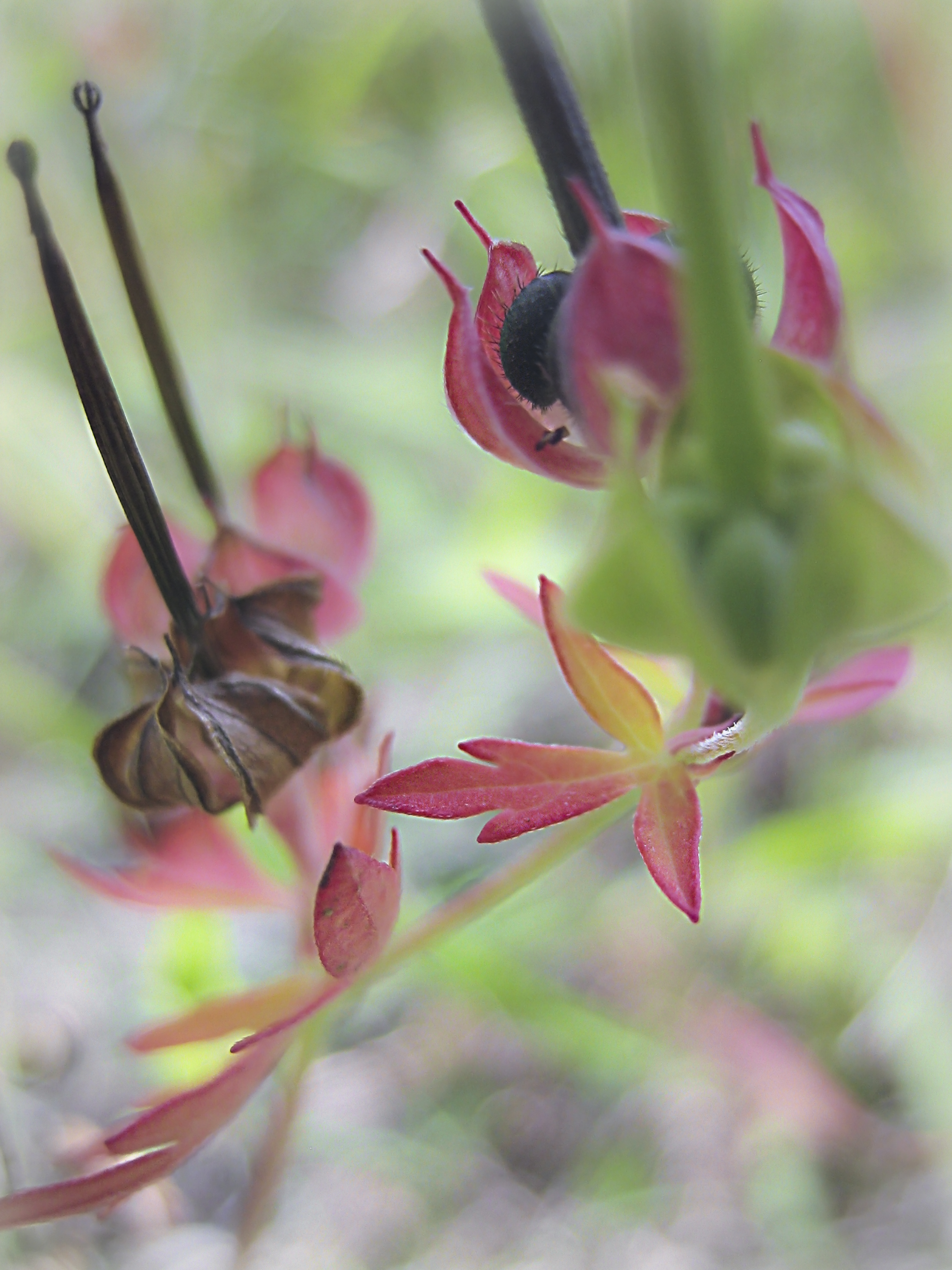 The Ferris wheel looking plant is a Peacock Flower, also known as Pride of Barbados  (Caesalpinia pulcherrima) as seen from above. They are better known for their flaming red, yellow, and orange flowers, but look striking from pretty much any vantage point! (I sent you a batch of Peacock Flower pictures in October of ’21.): 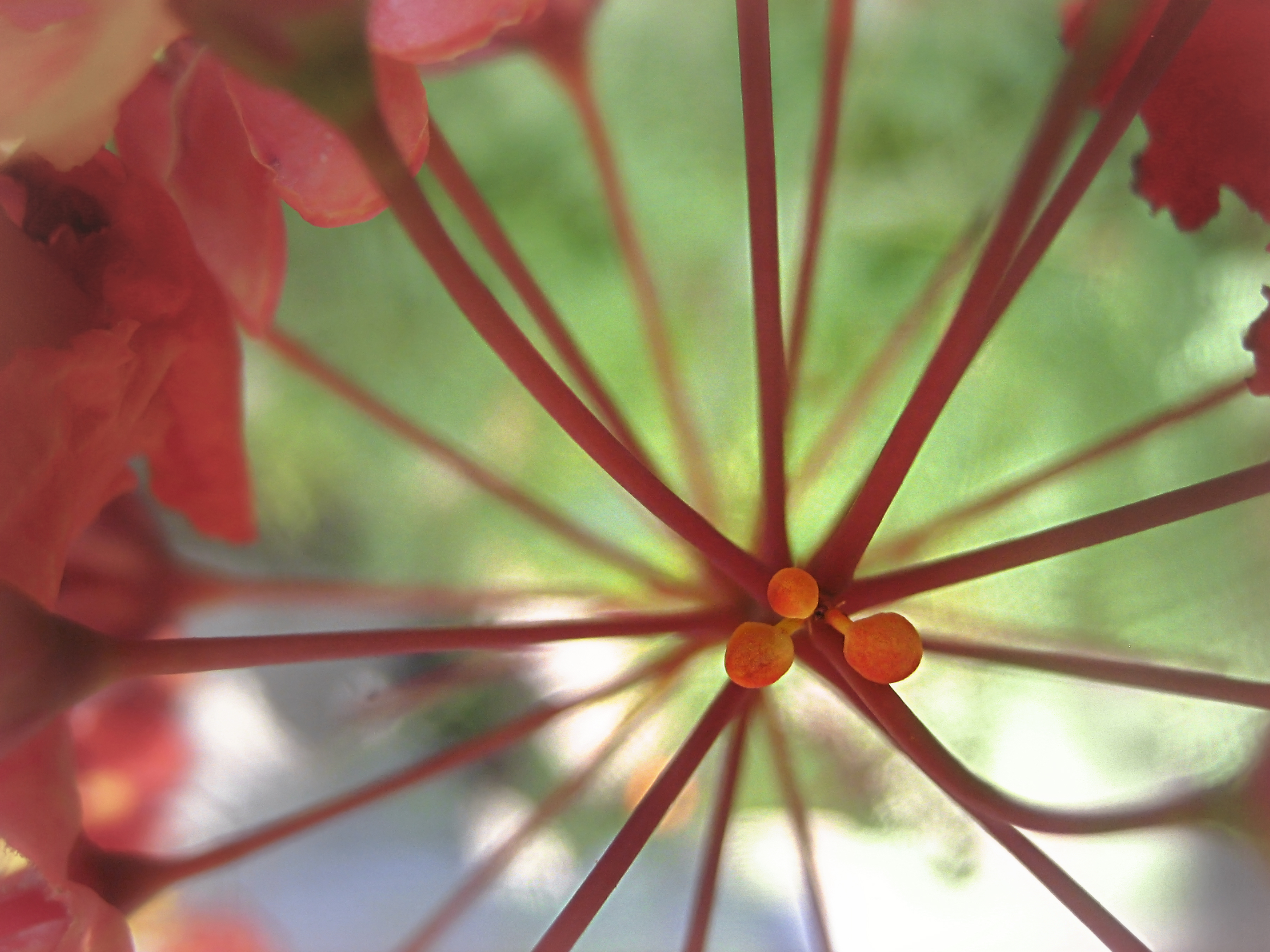 This fuzzy little weed is a Velcro Plant (Galium aparine). It also goes by the name Sticky Willie. (Go ahead and snicker, but I think it sounds like something Willie Nelson might be marketing in a pot dispensary one of these days.) I did not know that it was edible until I looked up the Latin binomial!  Anyway, it’s a common little weed here in central Texas. It spreads quite quickly, but it extremely easy to remove, since its root is as thin as a thread and nowhere near as sturdy. Though close-ups make it look fearsome, its spikes are quite small and just allow it to attach to whatever is nearby and hitch a ride to another place where it can propagate. It looks much softer from a distance and it’s leaves form very pleasing patterns. I had a hard time capturing that though, and eventually obsessed over one picture (third one below) for a few days and ended up morphing it into something that looks pretty different (the fourth one), but hopefully highlights some of the pleasing patterns.

The Peacock Flower picture also got the obsessive treatment; I explored several variations and eventually settled on this one to turn into a tribute to composer and guitarist Frank Zappa. An amusing bit of trivia is that he was yawning in that picture, not singing or yelling. It looks pretty different once you see it in that light!

The last image is a reworking of an old composite image of trees and lungs I started playing with several years ago. I recently saw the quote, “We breathe in what trees breathe out and they breathe in what we breathe out. We are nature.”, and that inspired me to take out the old image and polish it up a bit: 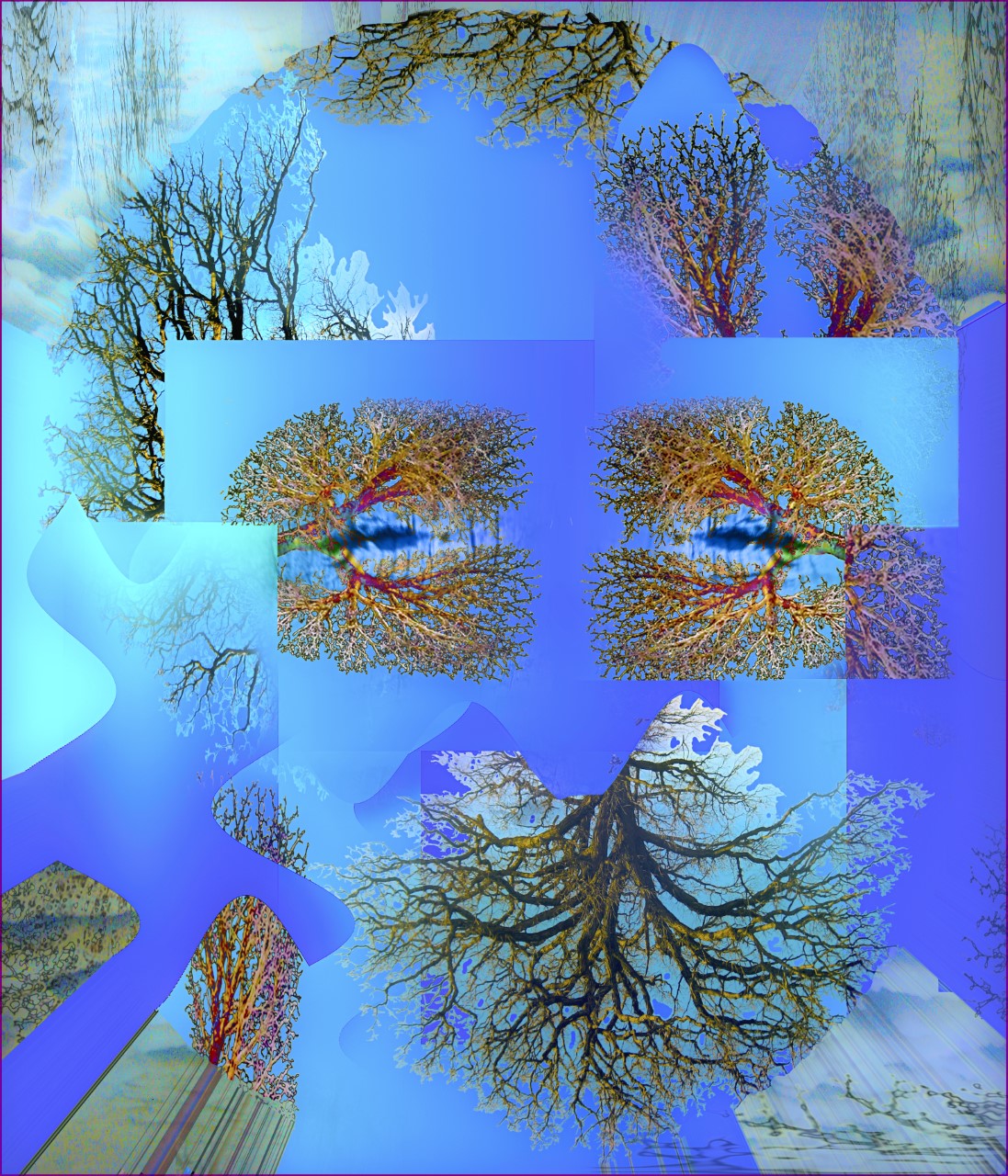 I hope this batch hasn’t strayed too far from your intent. Playing with pictures is the easy part—the hard part is accurately identifying species, so I’ll be working on that till next time. Take care and be well!