Today’s photos are a batch of microorganisms and small creatures sent in by reader Mary Rasmussen. Her captions and narrative are indented, and you can enlarge the photos by clicking on them.

If there’s water, there’s probably something living in it.

I collected a half gallon of water, muck, detritus, rocks, a tiny aquatic plant and 3 snails from some very shallow temporary pools along the Lake Michigan shore. Lake Michigan’s depth varies year-to-year. The pools sometimes last a few years and sometimes just a few weeks. This year the lake level was down and the pools dried up by the end of summer.

I put the water etc. in a 12 inch square glass aquarium with an L.E.D. light on top. These are the creatures living in the water that I was able to photograph.

The last 2 photos are Seed Shrimp that were living in 2 inches of water that had collected in a truck rut in a gravel road.

Aquatic Sowbugs (order: Isopoda) a freshwater crustacean, lived at the bottom of the tank, feeding on organic matter. 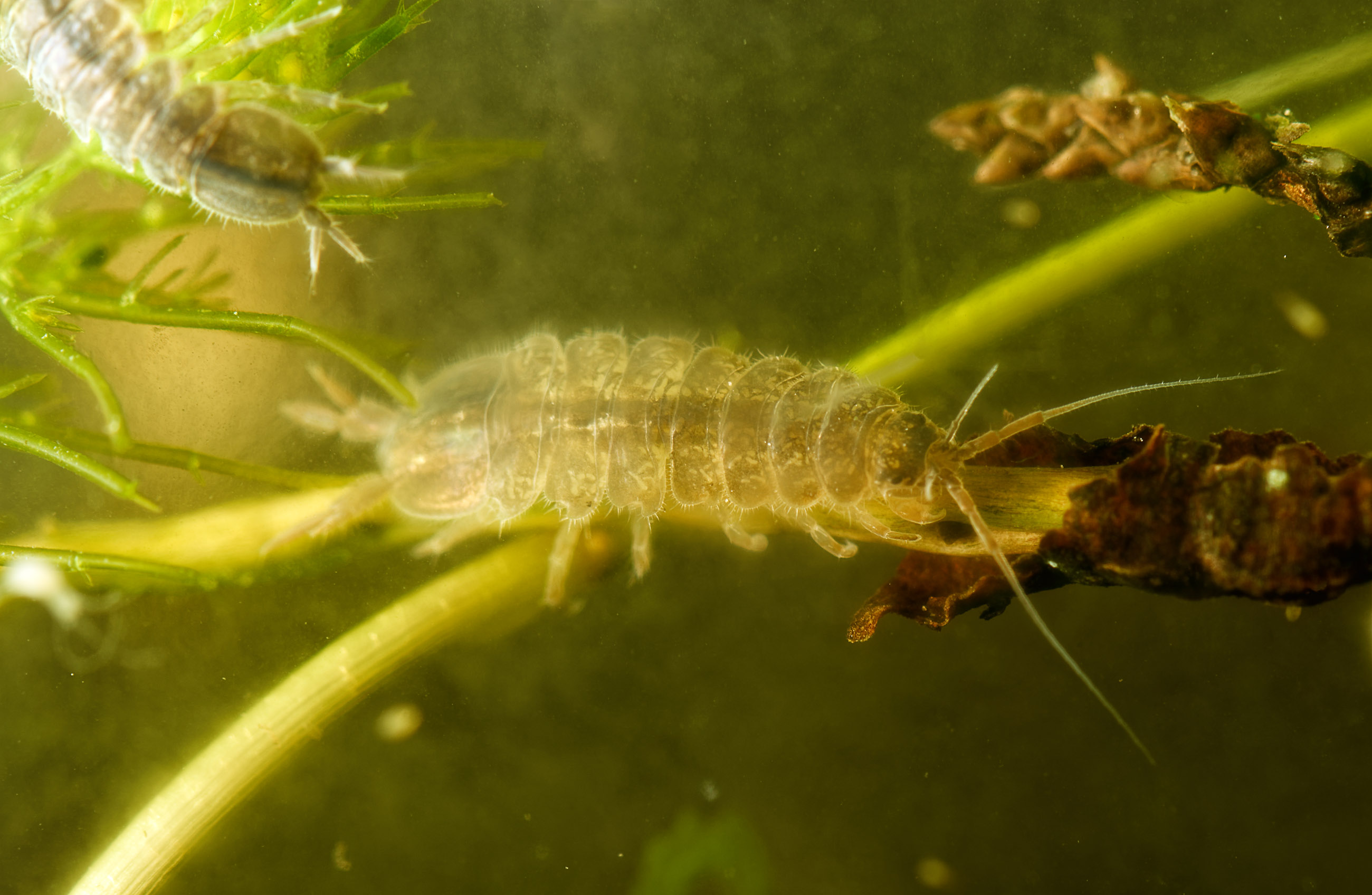 Two Hydra (phylum Cnidaria, class Hydrozoa, genus Hydra) After a month there were many of these predators in the tank. I could watch them for hours. 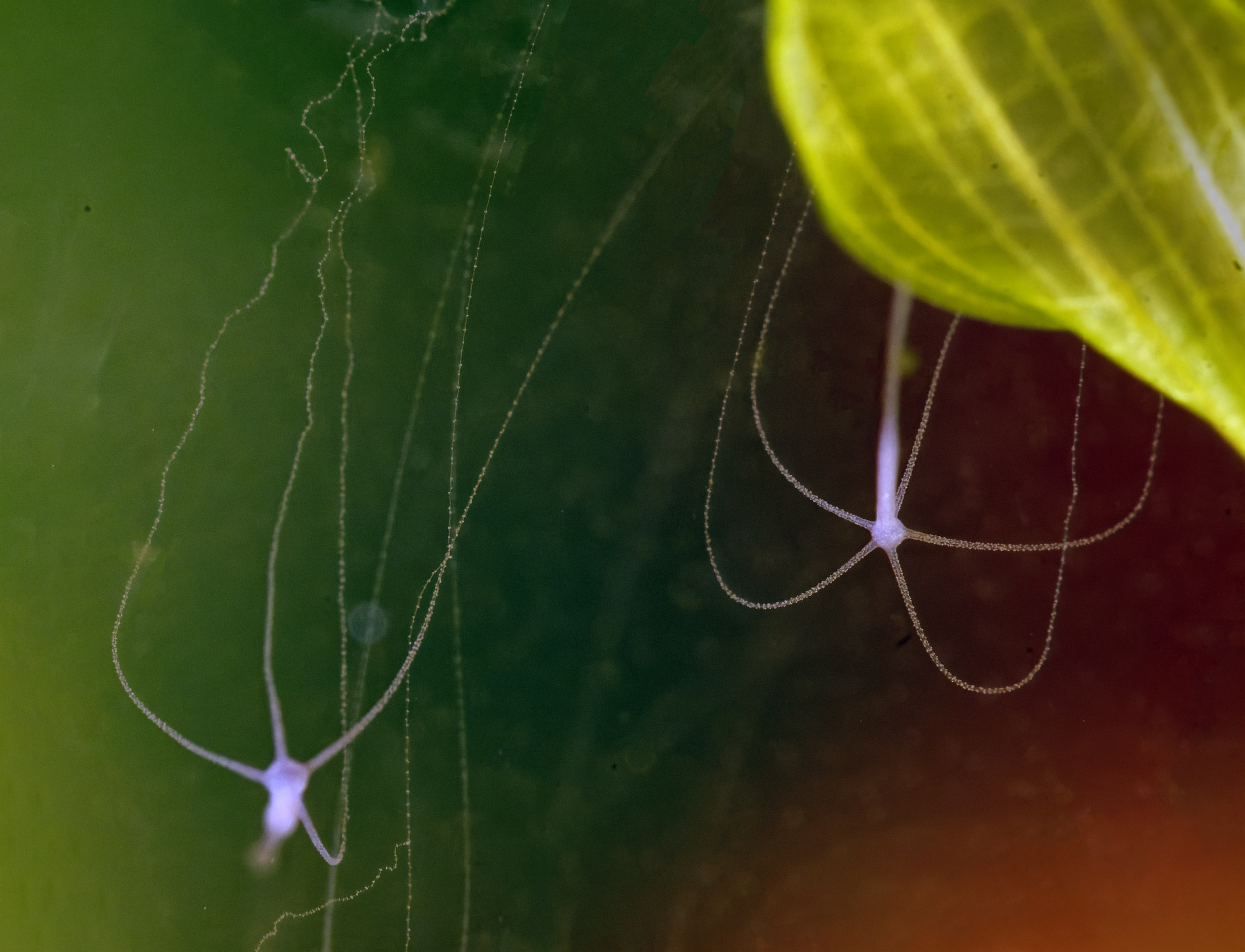 Hydra don’t show any signs of deteriorating with age, and there is speculation that they may be immortal. (I’m sorry but I can’t identify that creature on the left.) 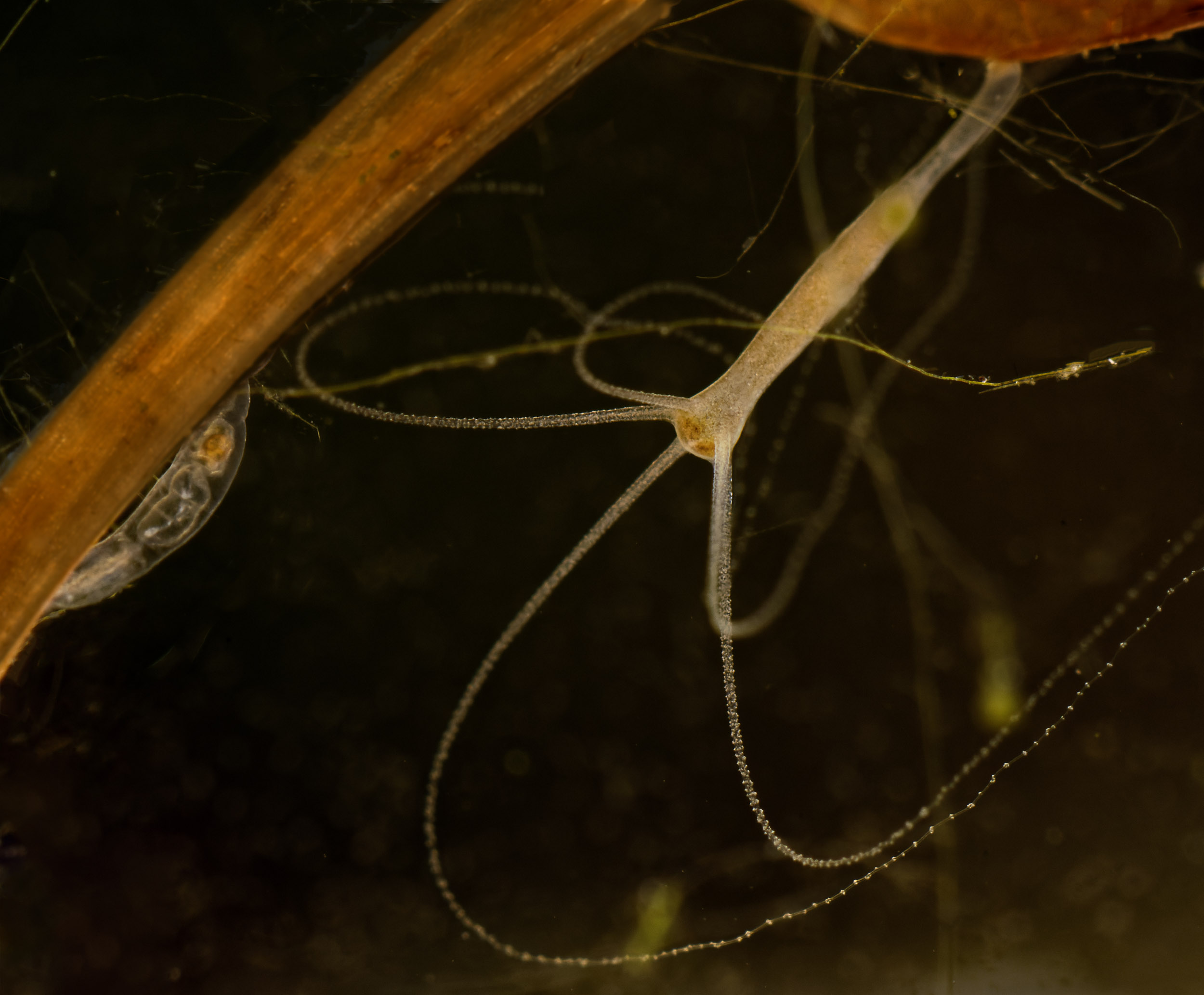 Hydra with bud. The bud is a clone of the parent and will break free when mature. 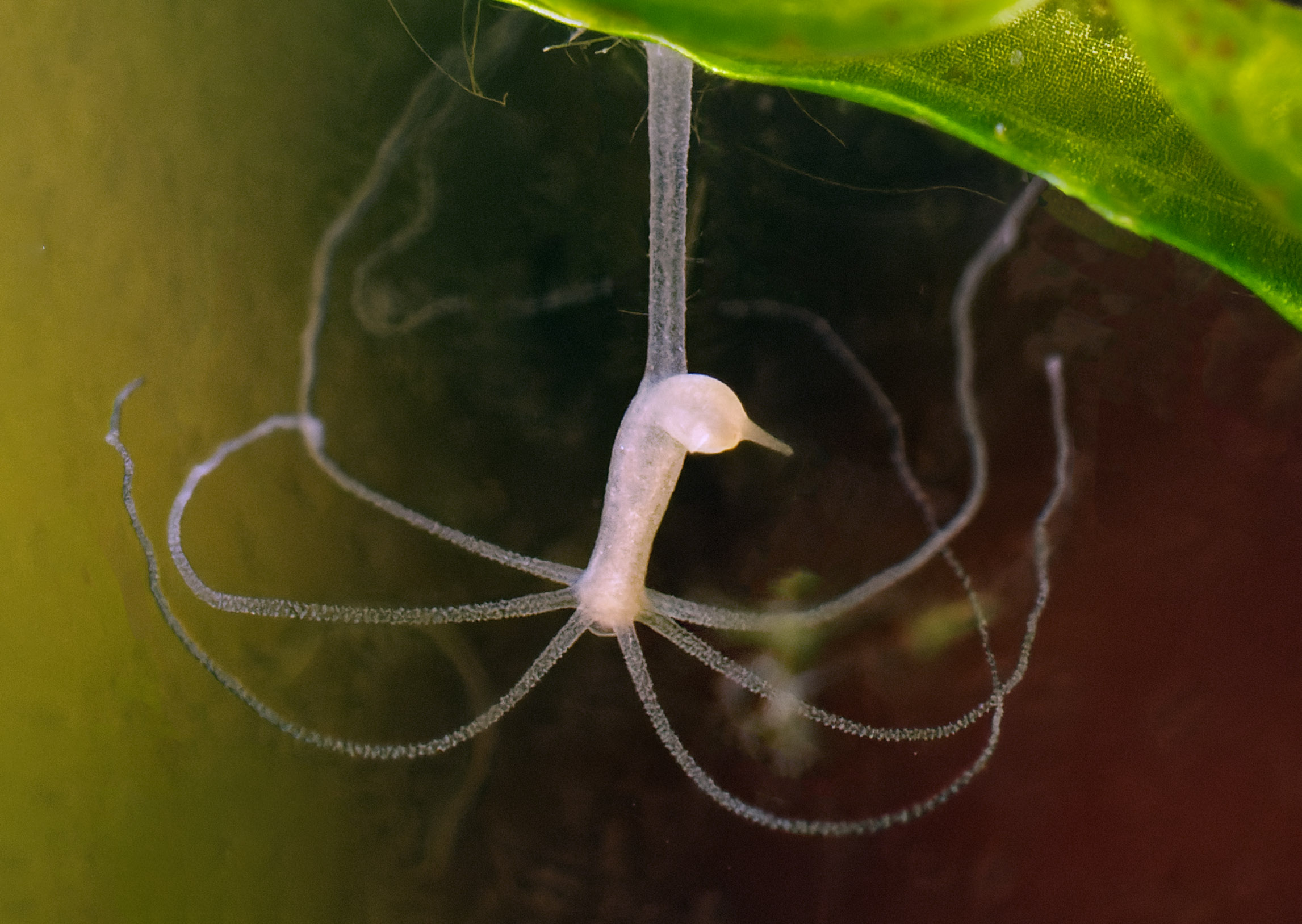 A freshwater snail laid a trail of eggs on the aquarium wall. These are close to hatching. 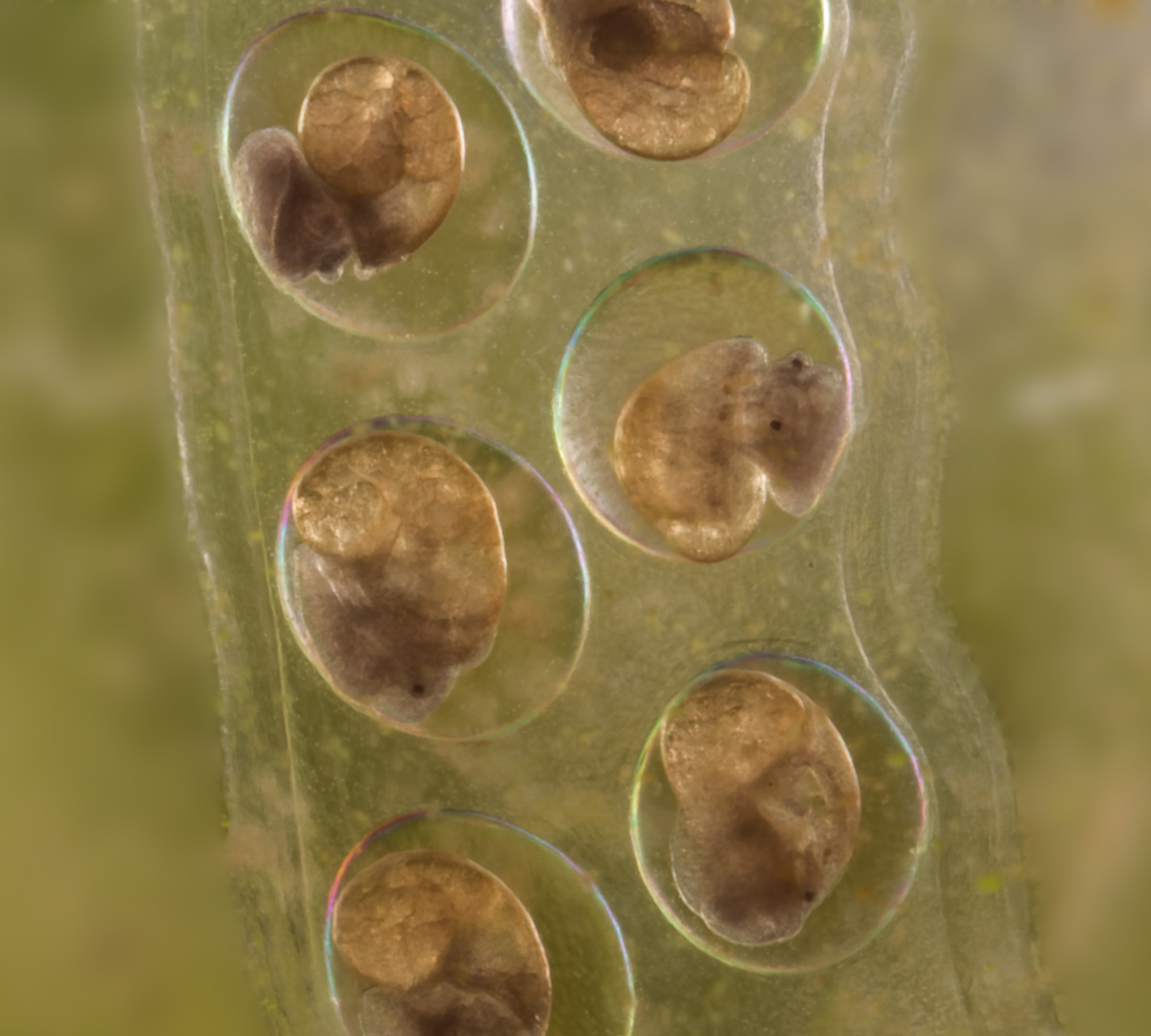 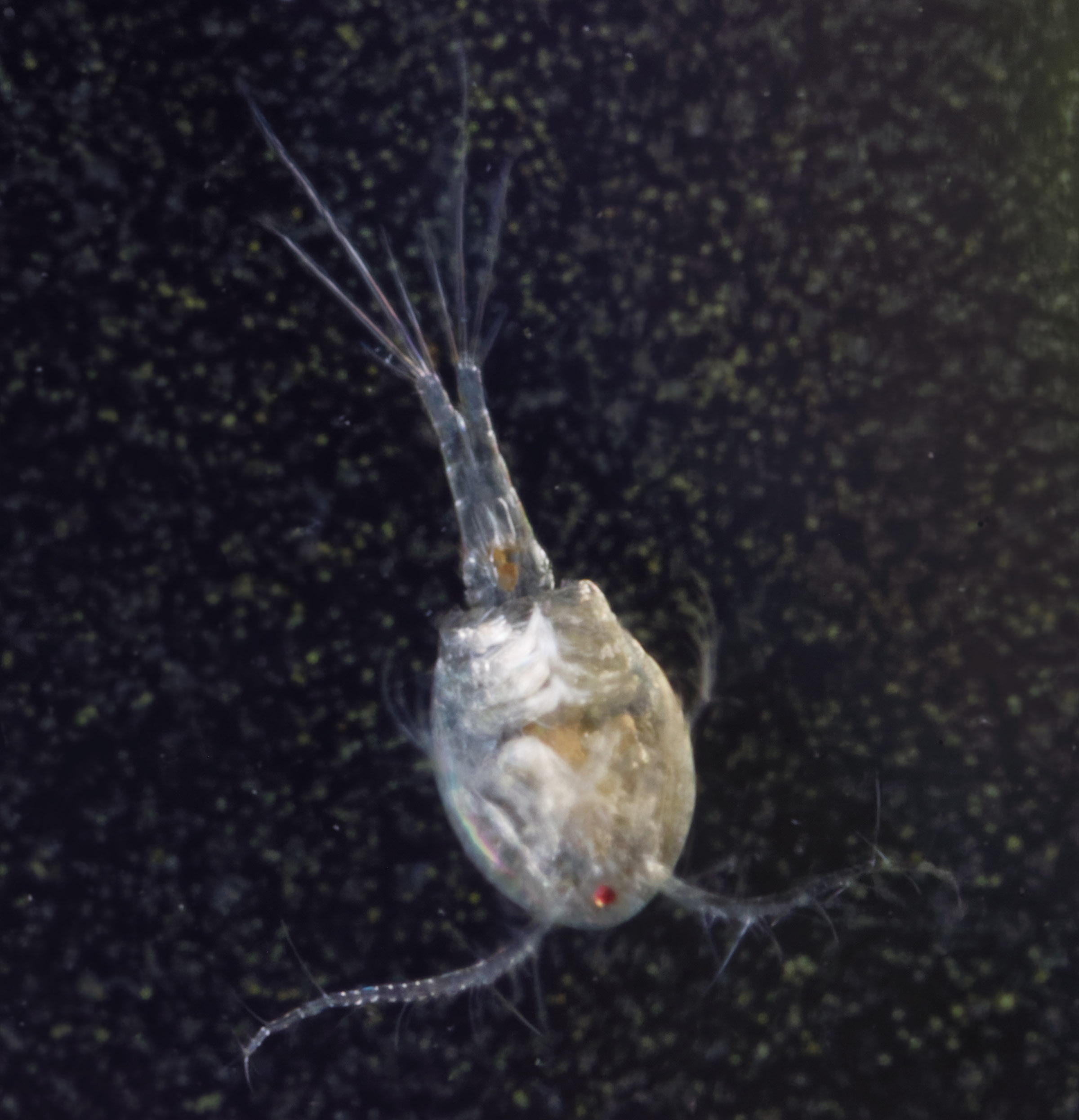 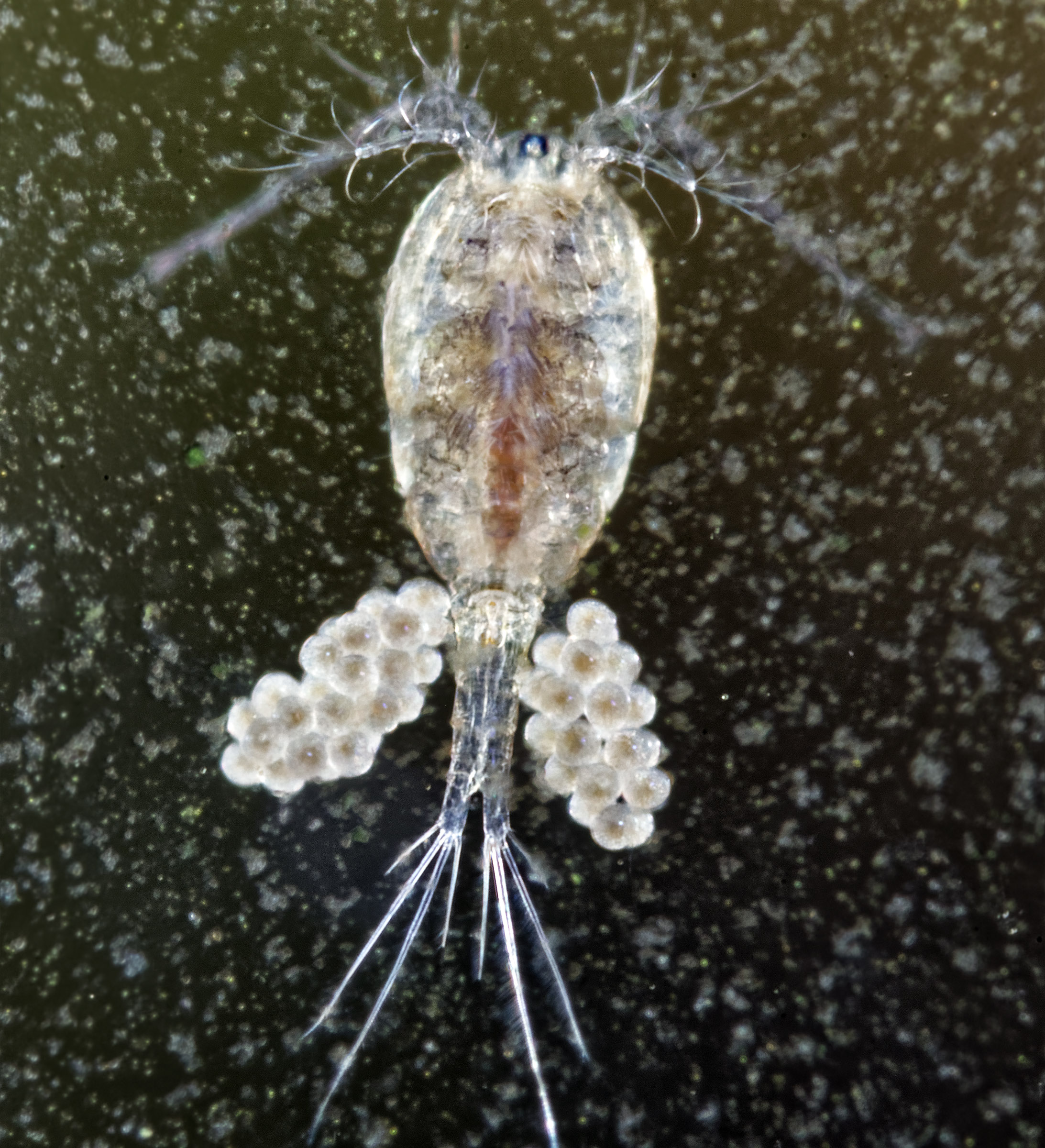 Seed Shrimps (subphylum Crustacea, class Ostracoda) have a hard shell and use their antennae to move through the water. These were barely visible in the water of a truck rut. 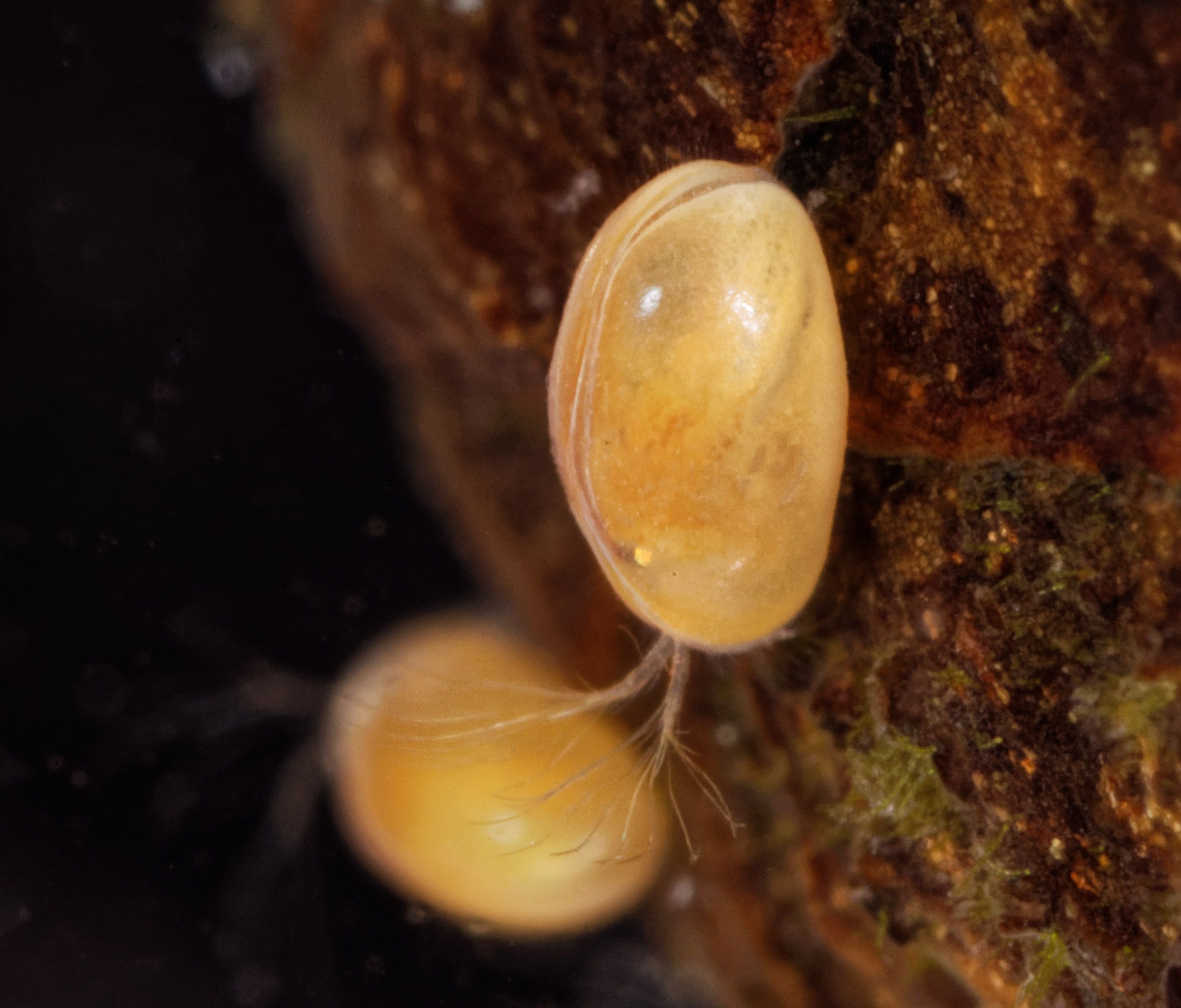 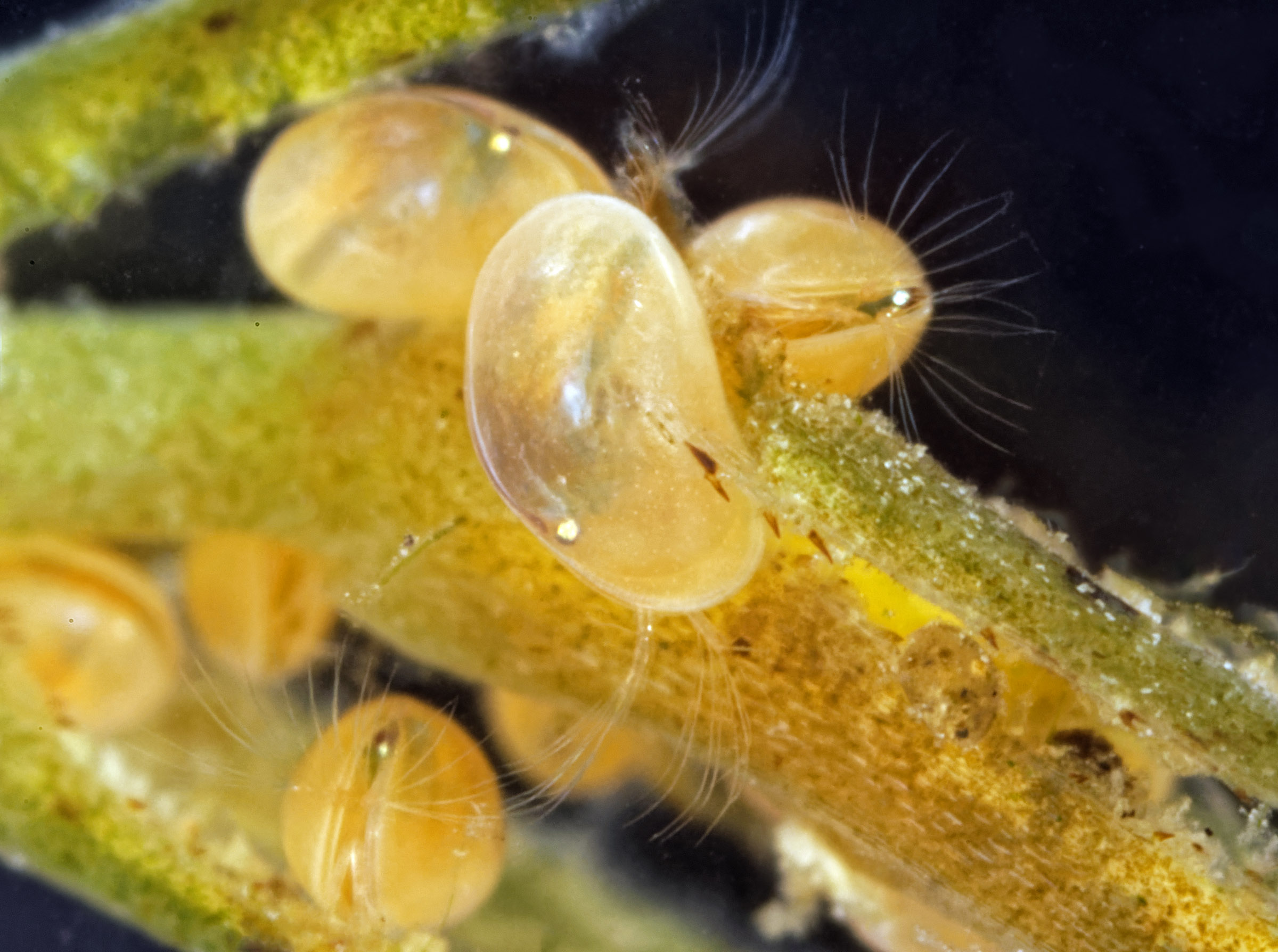