Yesterday was Alfred Russel Wallace‘s 200th birthday, an event certainly worth celebrating. And the journal Nature has done so by publishing a few pieces, one of which I’ll highlight here. It’s by my friend Andrew Berry, an instructor of evolutionary biology and a student advisor at Harvard. He’s also edited an anthology of Wallace’s writings.

Andrew’s piece relates a tale he told here years ago, but gives more detail about that incident and about Wallace’s life. I believe the article is free to access, so try clicking below. (If you can’t get it, make a judicious inquiry):

It describes how the ship bearing Wallace and two years’ worth of valuable specimens and collecting notes from South America caught fire and sank in the Atlantic. It was a serious setback, and the misery was compounded by the fact that the men in lifeboats, including a thirsty and sunburned Wallace, were rescued and returned to England. Darwin never underwent such a trial!

But Wallace persisted, and that’s why we know his name and celebrate him. From Berry’s piece:

Stevens had thoughtfully taken out insurance. So Wallace had £200 (US$980 at the time) — a fraction of his collections’ actual value — to cover his costs for a year in London while he tried to salvage what he could from the disaster and make future plans.

He rushed out two books, one a travelogue, the other a more technical account of the palm trees of the Amazon. Neither did well — 250 copies remained unsold a decade later from the travel book’s print run of 750. But he was getting his name out there. Stevens, too, had a done a good job of publicizing Wallace’s discoveries while Wallace had been away.

Perhaps most crucially, the positive response of the UK Royal Geographical Society to his mapping work of the Rio Negro yielded a free steamship ticket to Singapore.

In March 1854, less than 18 months since the Jordeson’s bedraggled arrival at Deal, Wallace departed from Southampton in England for what he would call the “central and controlling incident” of his life.

Eight more years of perilous travel awaited. So, too, did the discoveries of what came to be known as Wallace’s Line (a boundary between the Asian and Australasian biogeographic regions) and of the theory of evolution by natural selection.

The scientific acclaim that greeted Wallace’s return from southeast Asia in 1862 was a just reward both for his contributions and for that phenomenal doggedness — his determination, despite everything, to be a scientist. 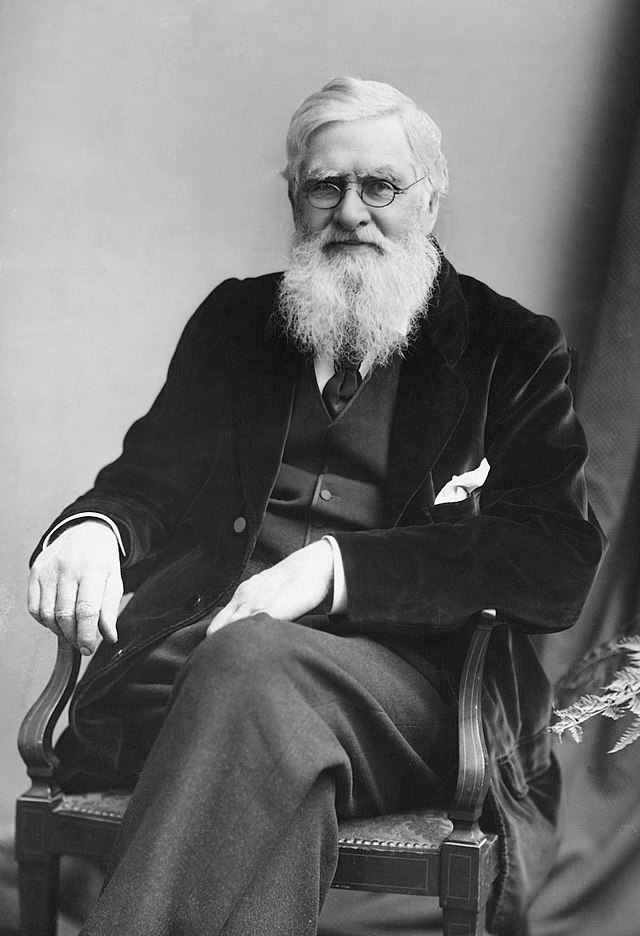 9 thoughts on “A celebration of Alfred Russel Wallace”