We have a new edition of The Breakfast Crew by Doug Hayes of Richmond, Virginia. Doug’s IDs and comments are indented, and you can enlarge the photos by clicking on them.

Things have been slow around the feeders for the past few months, but with the coming of cold weather, the gang is back.

European starlings (Sturnus vulgaris) used to be quite common in the neighborhood, but I haven’t seen very many since last winter. Last month, huge flocks of them flew around the wooded areas and the park, stopping to feed a bit, then flying on. They did this for a few weeks, then vanished again: 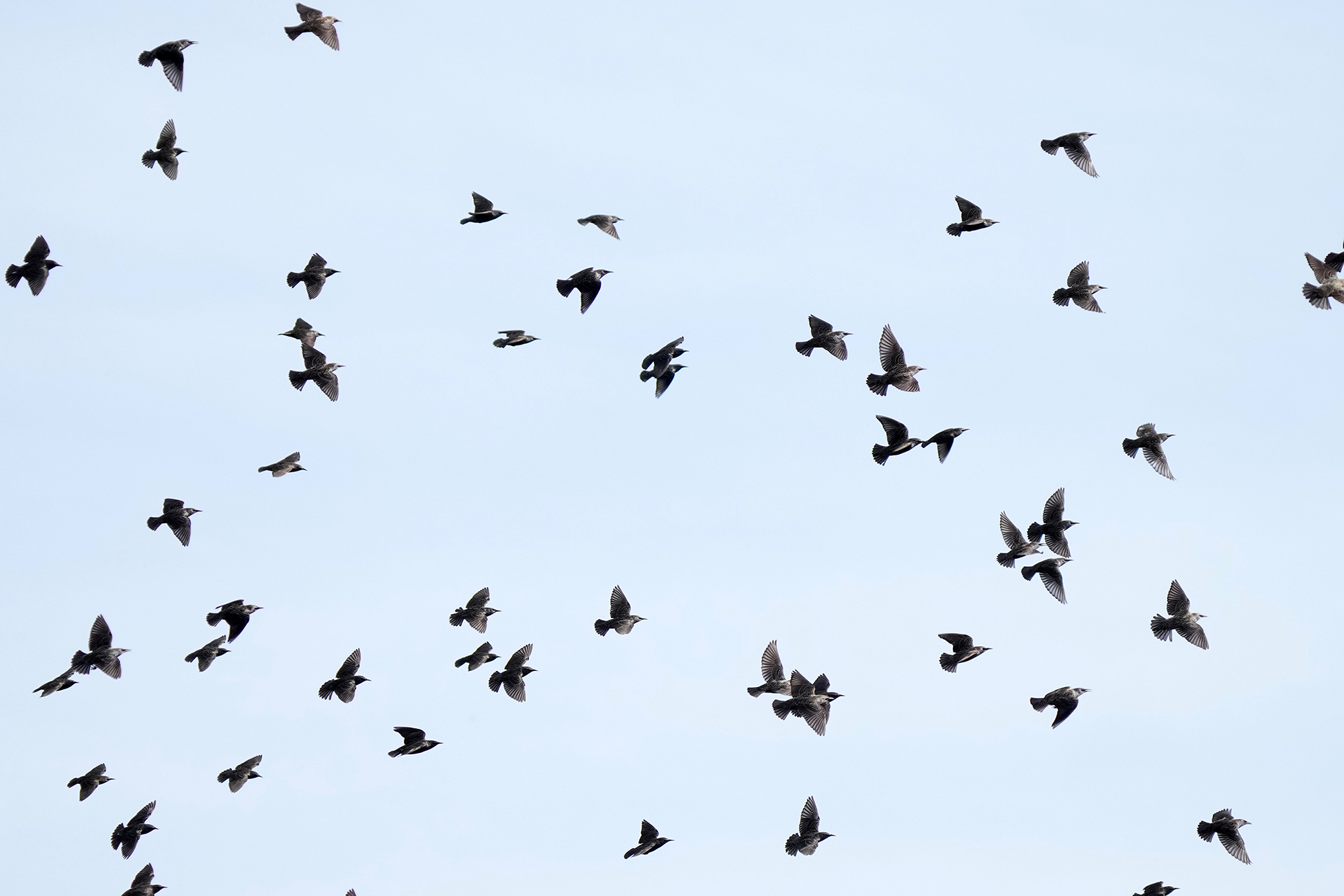 An immature or non-breeding male red-winged blackbird (Agelaius phoeniceus). These guys show up in huge flocks whenever we have rainy weather. Otherwise they stick to the river and marshy areas around the city: 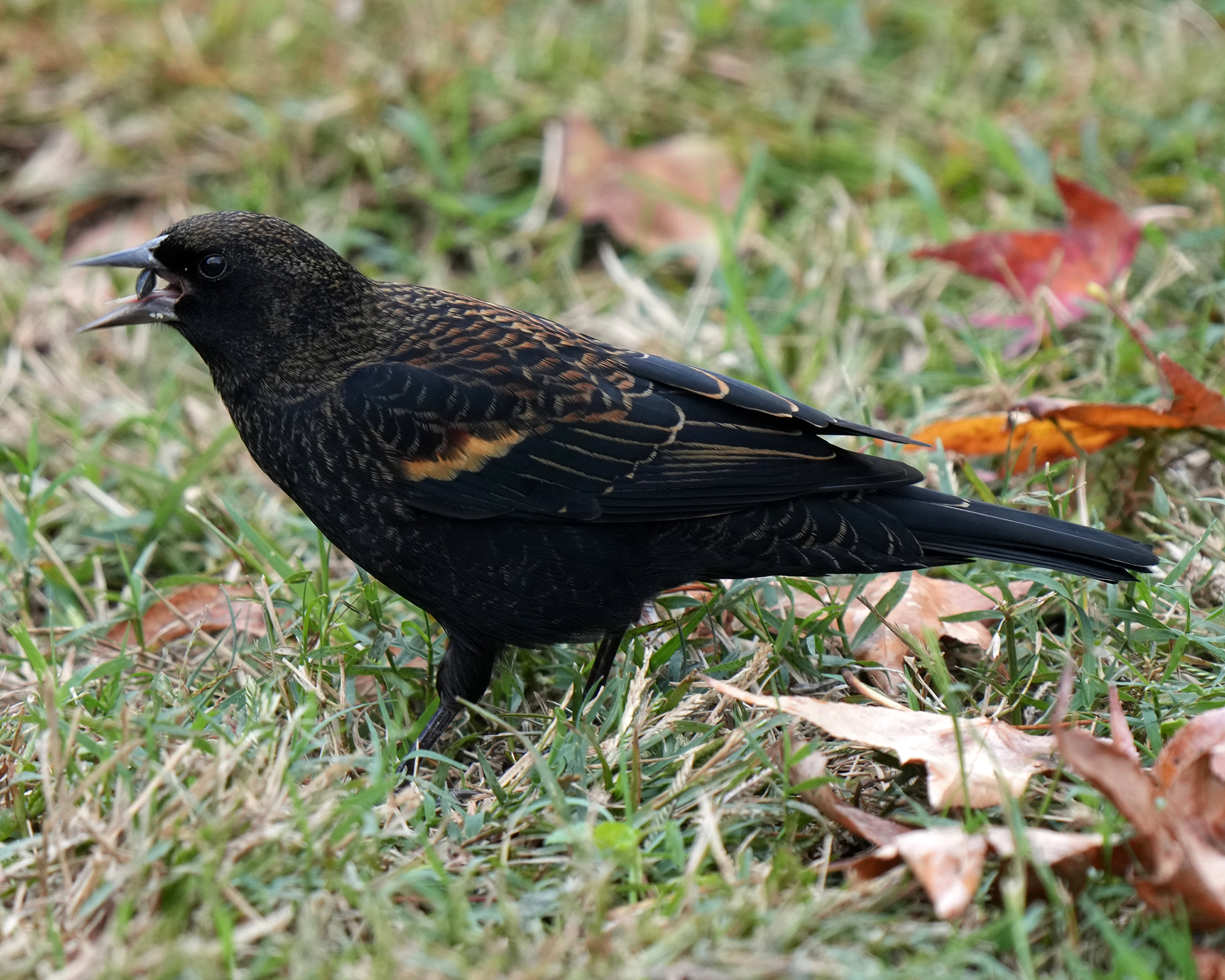 Northern cardinals (Cardinalis cardinalis) are always around the yard, adding a splash of color to the drab winter landscape. 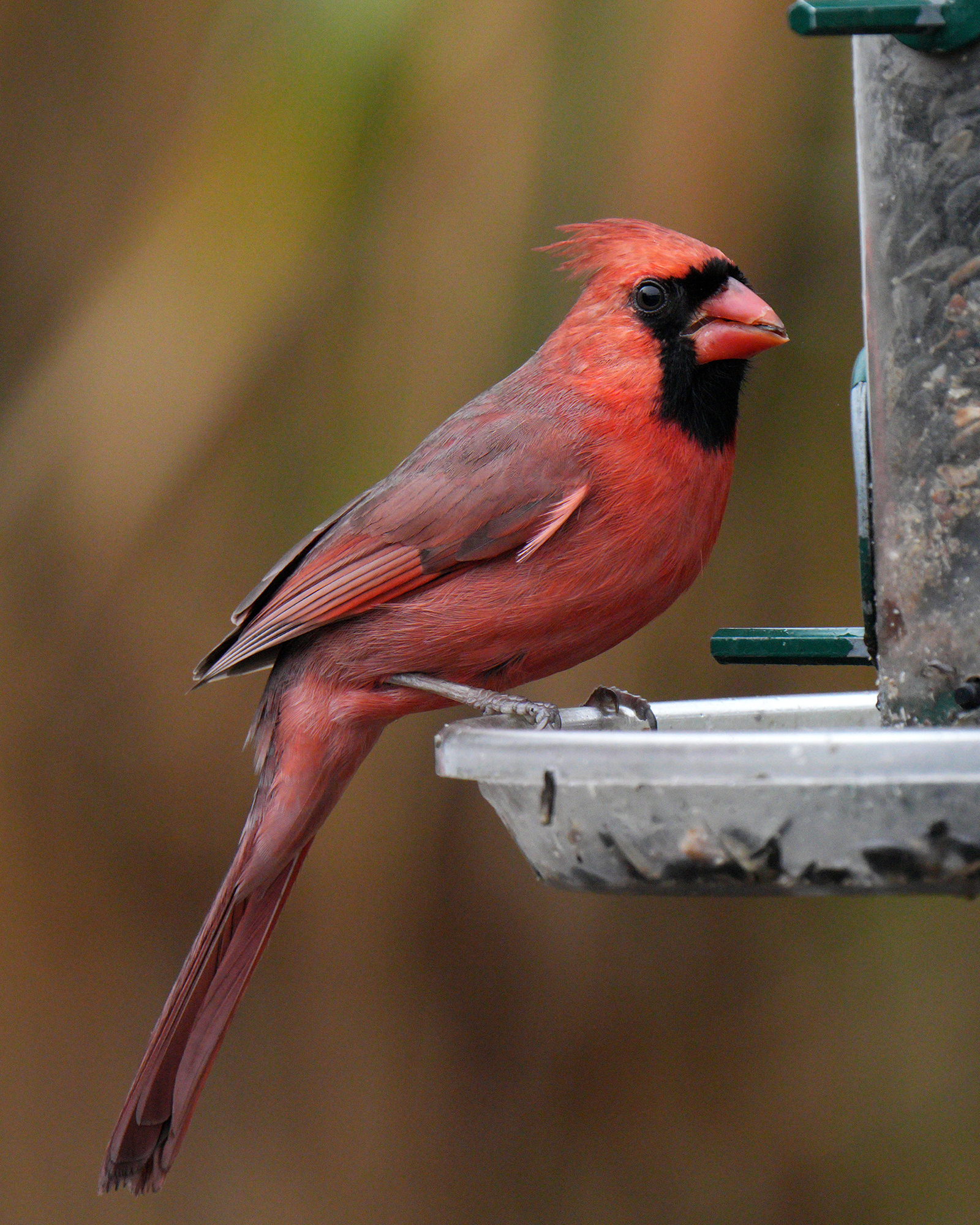 Mourning doves (Zenaida macroura) like to just hang out after they eat. You can see them lazing around the yard all day: 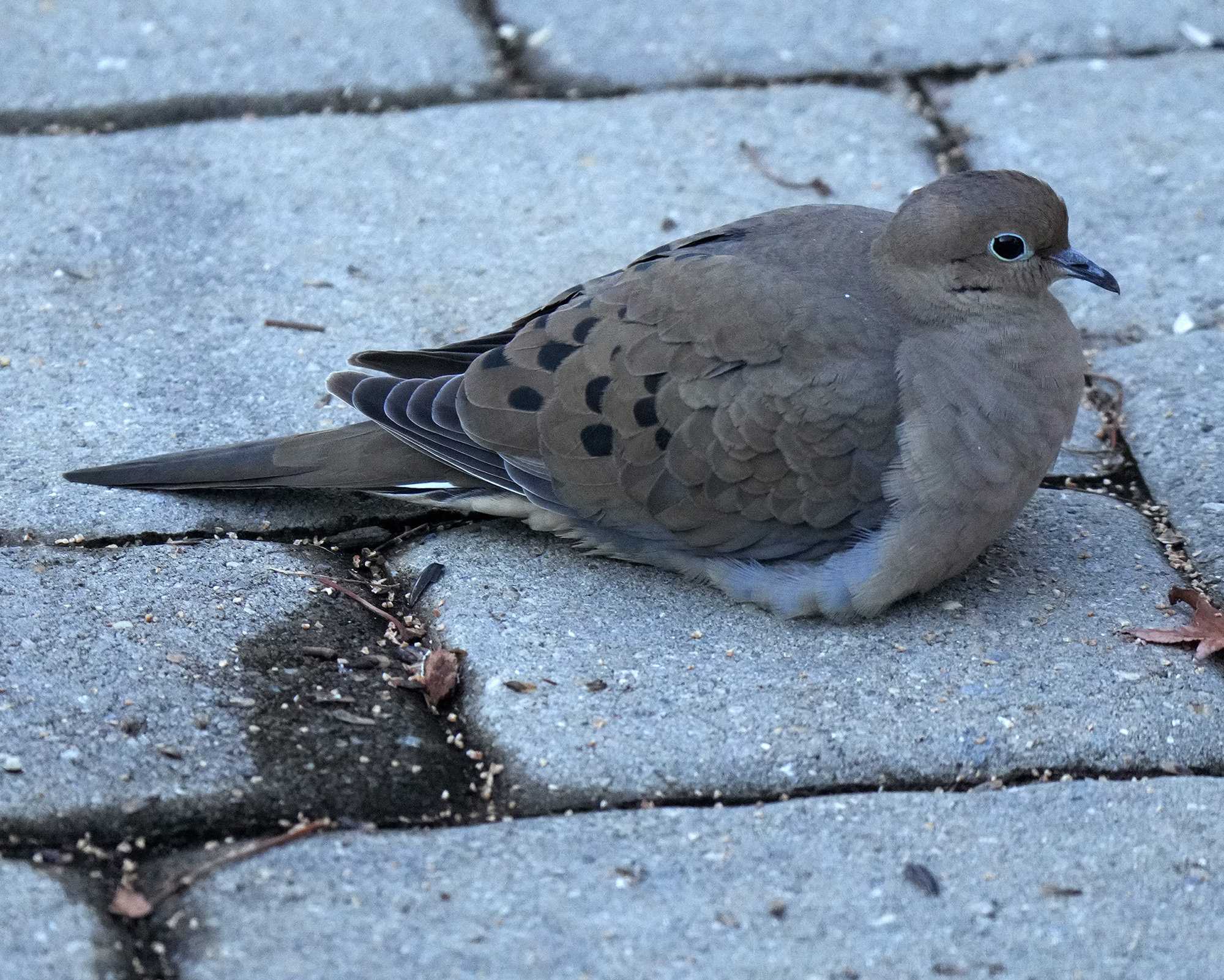 Dark-eyed juncos (Junco hyemalis) have moved into the neighborhood, expanding their regular territory of the park and wooded areas along the James River. Juncos are native to Canada and migrate into the US in the winter. A friend of mine calls them “snow birds”: 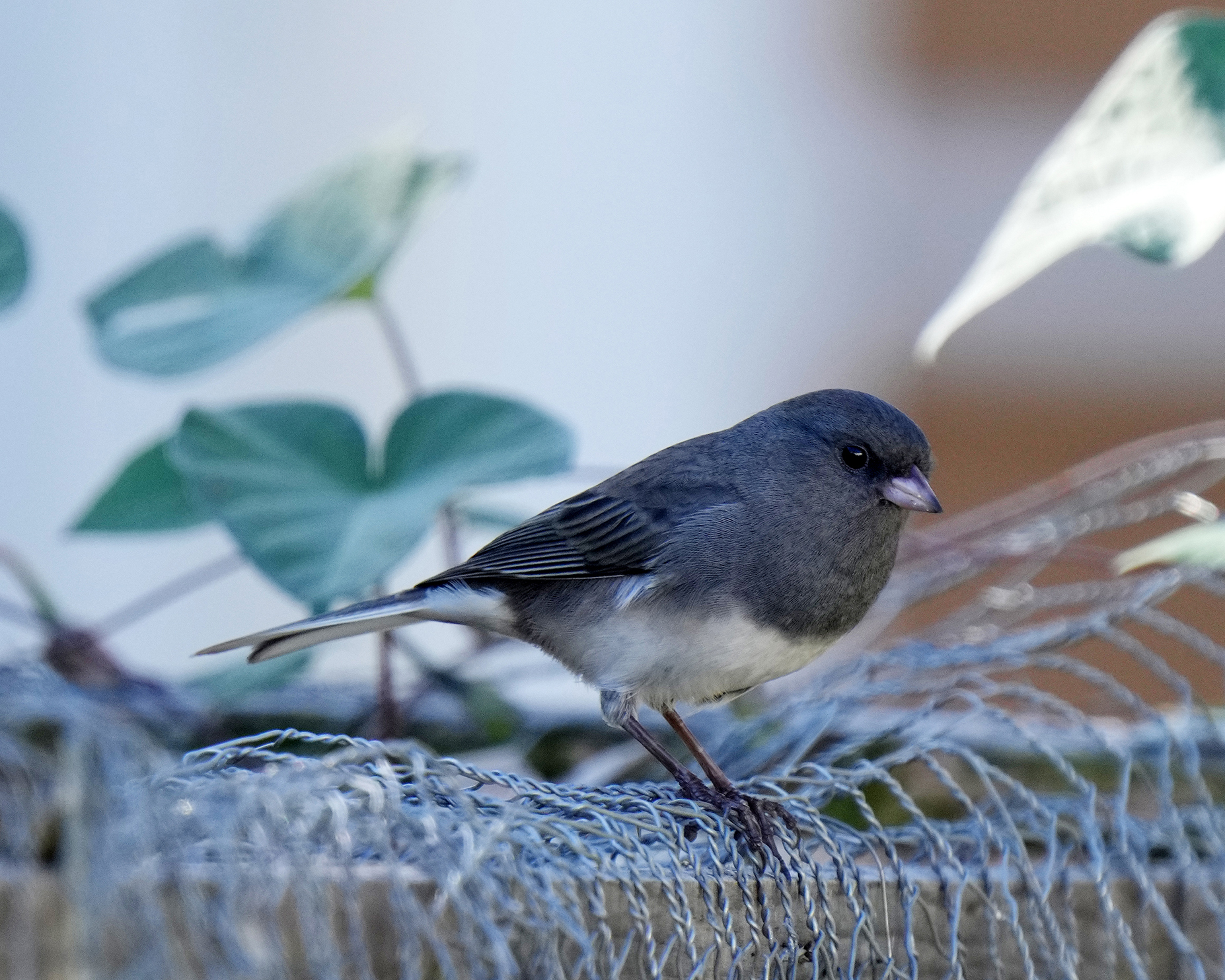 A female house finch (Haemorhous mexicanus). Second only to the sparrows in numbers around the feeders: 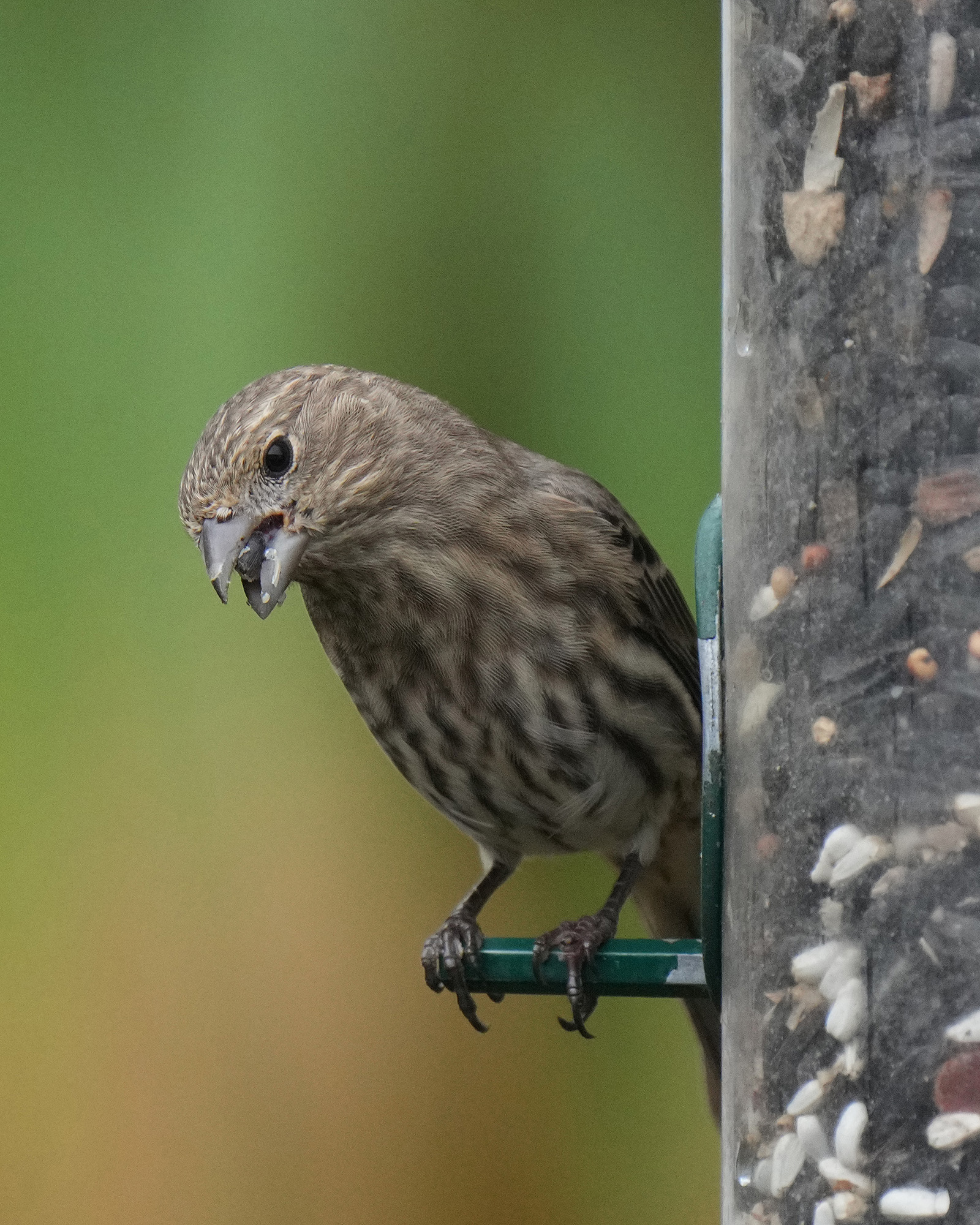 This Carolina wren (Thryothorus ludovicianus) alternates between the suet feeders and the seed feeders and is almost always in the yard throughout the day: 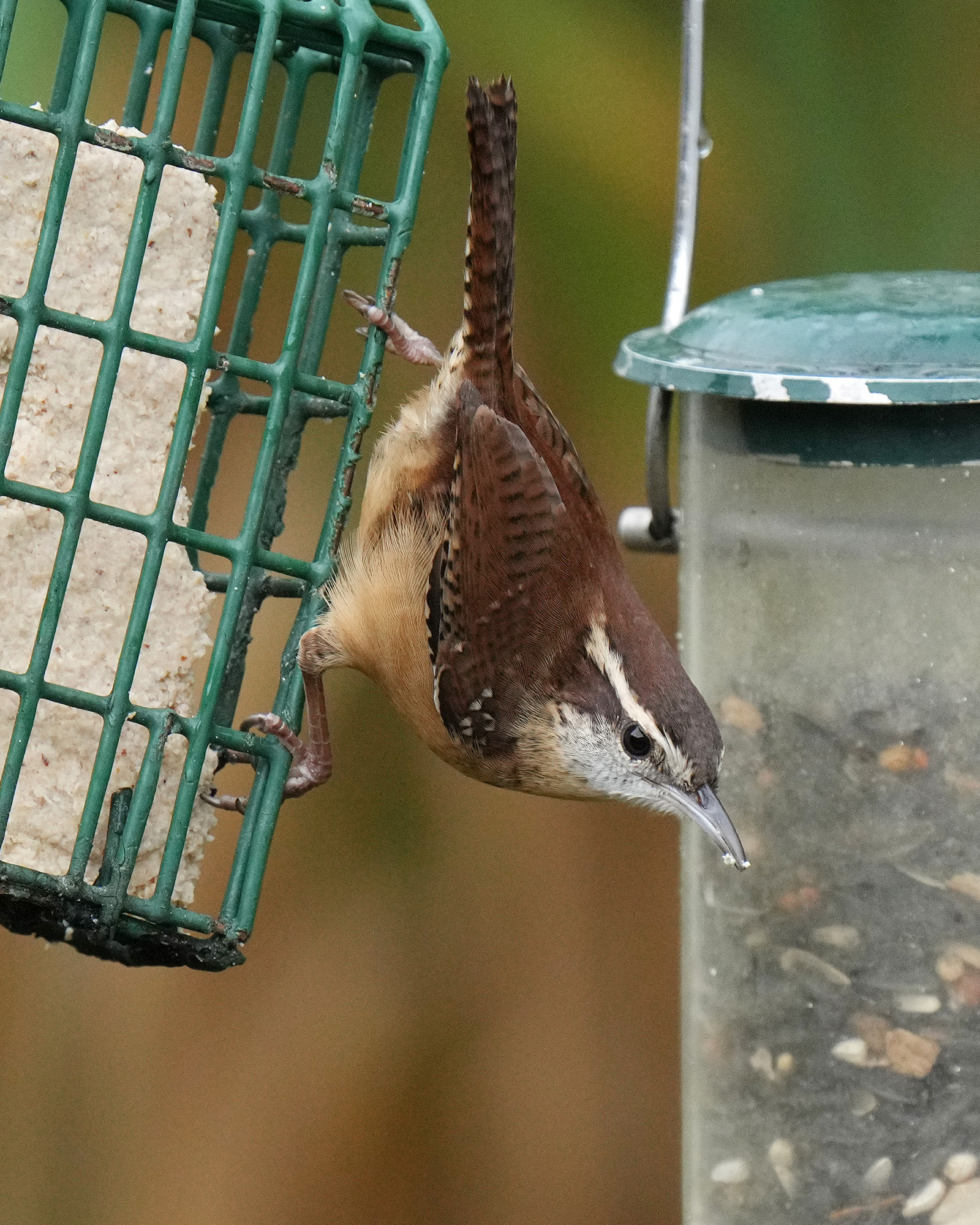 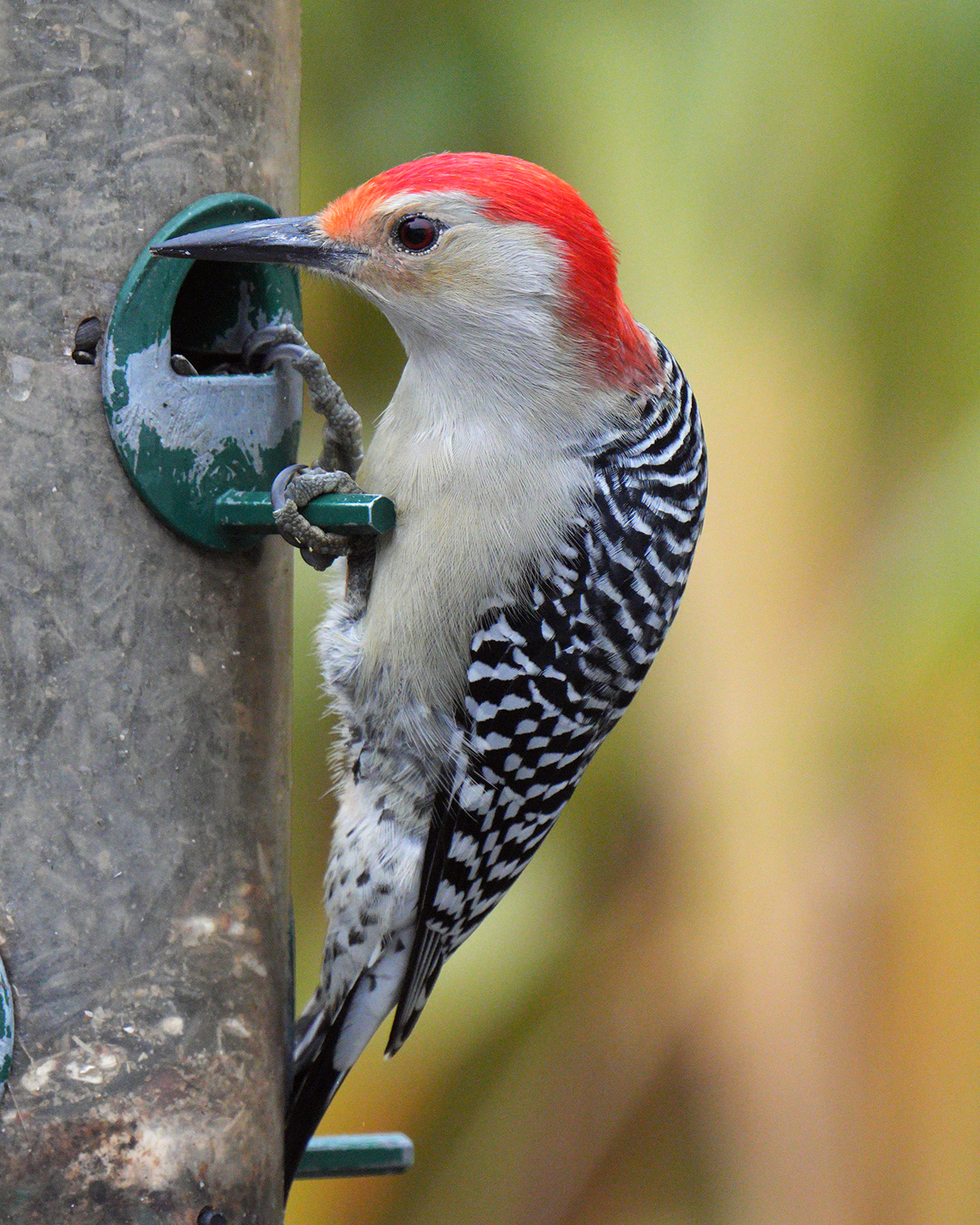 A tufted titmouse (Baeolophus bicolor). These birds only linger a few seconds at the feeders and are rather hard to photograph. This one stuck around a bit longer than usual: 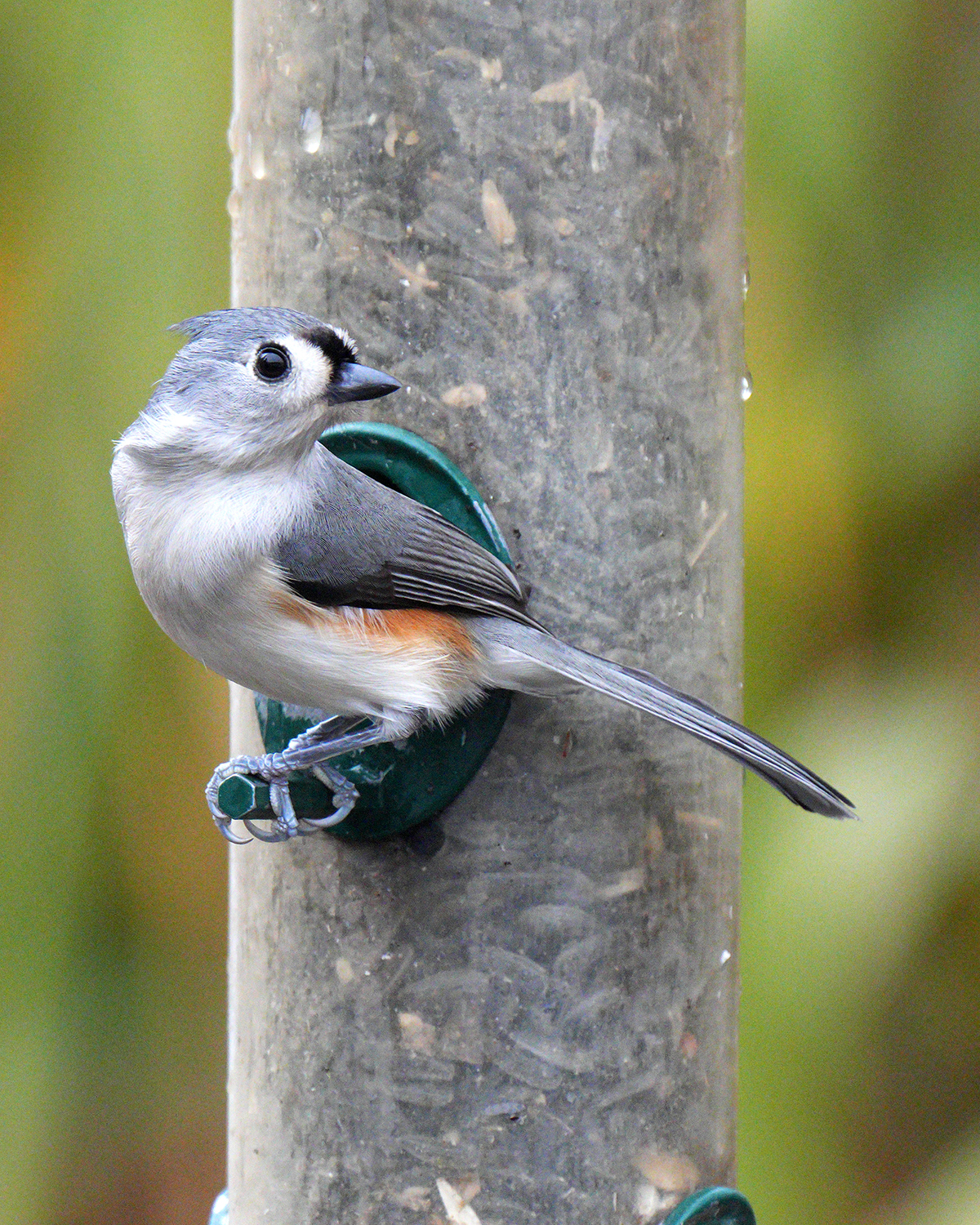 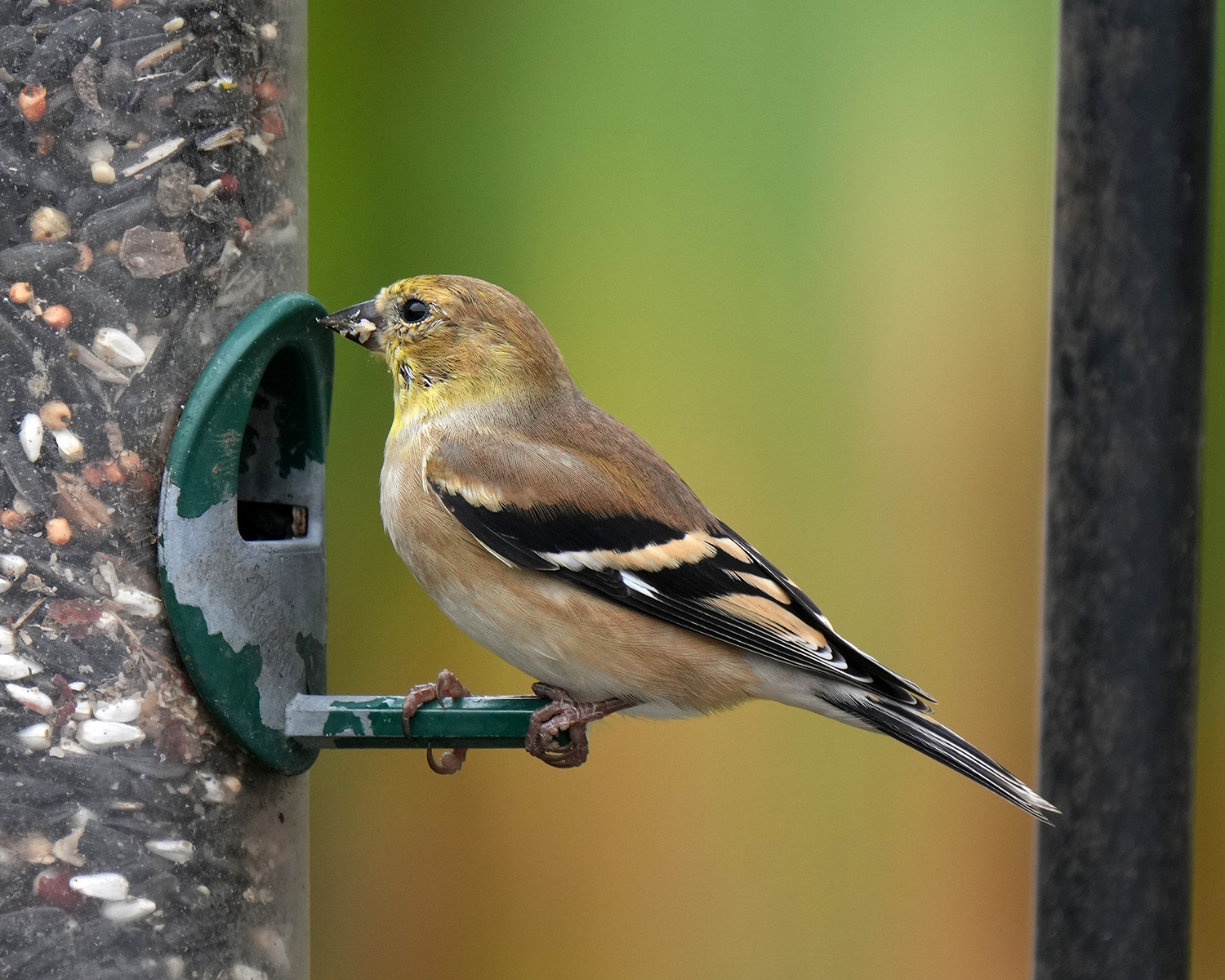 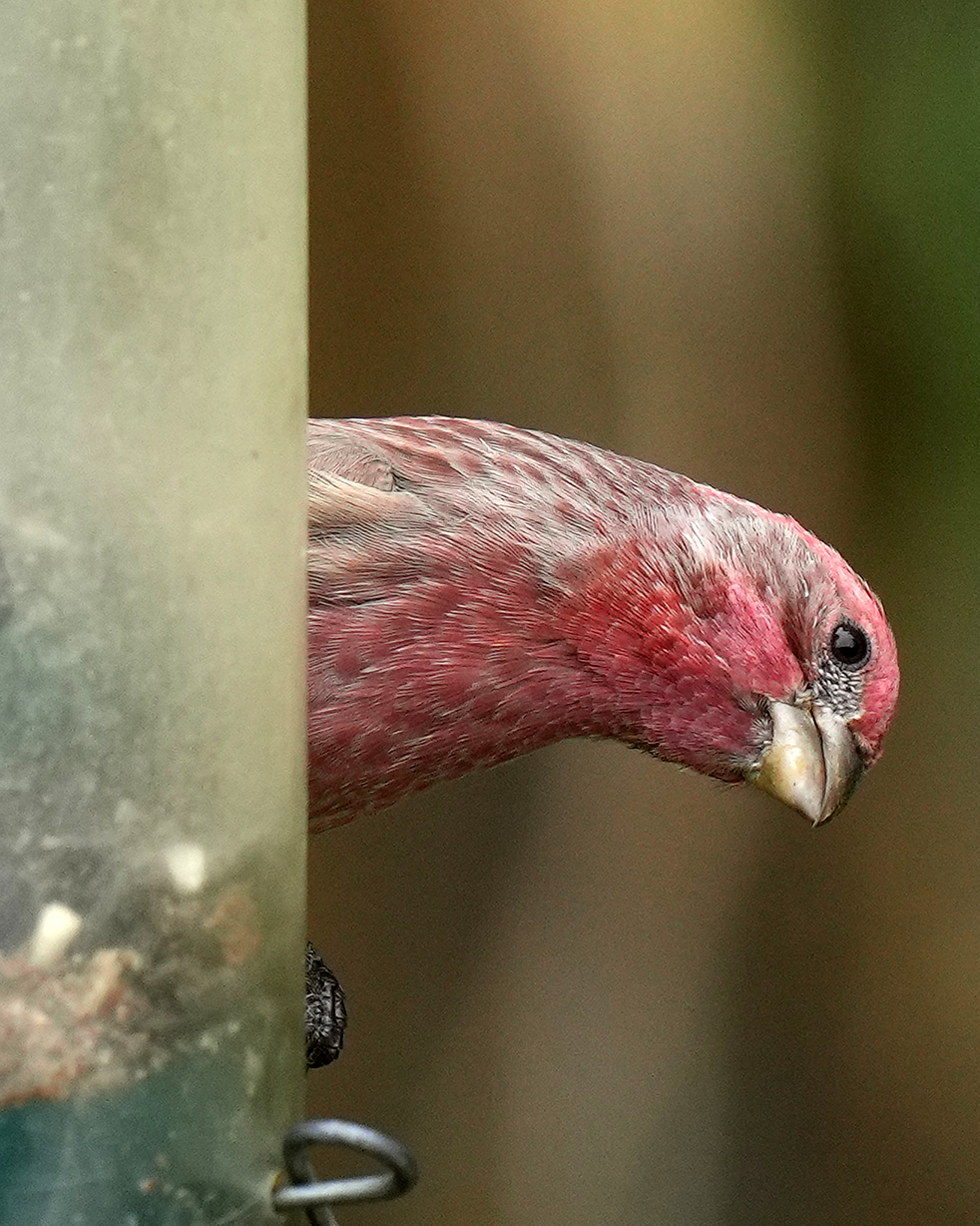 A house sparrow (Passer domesticus) waiting its turn at the feeders: 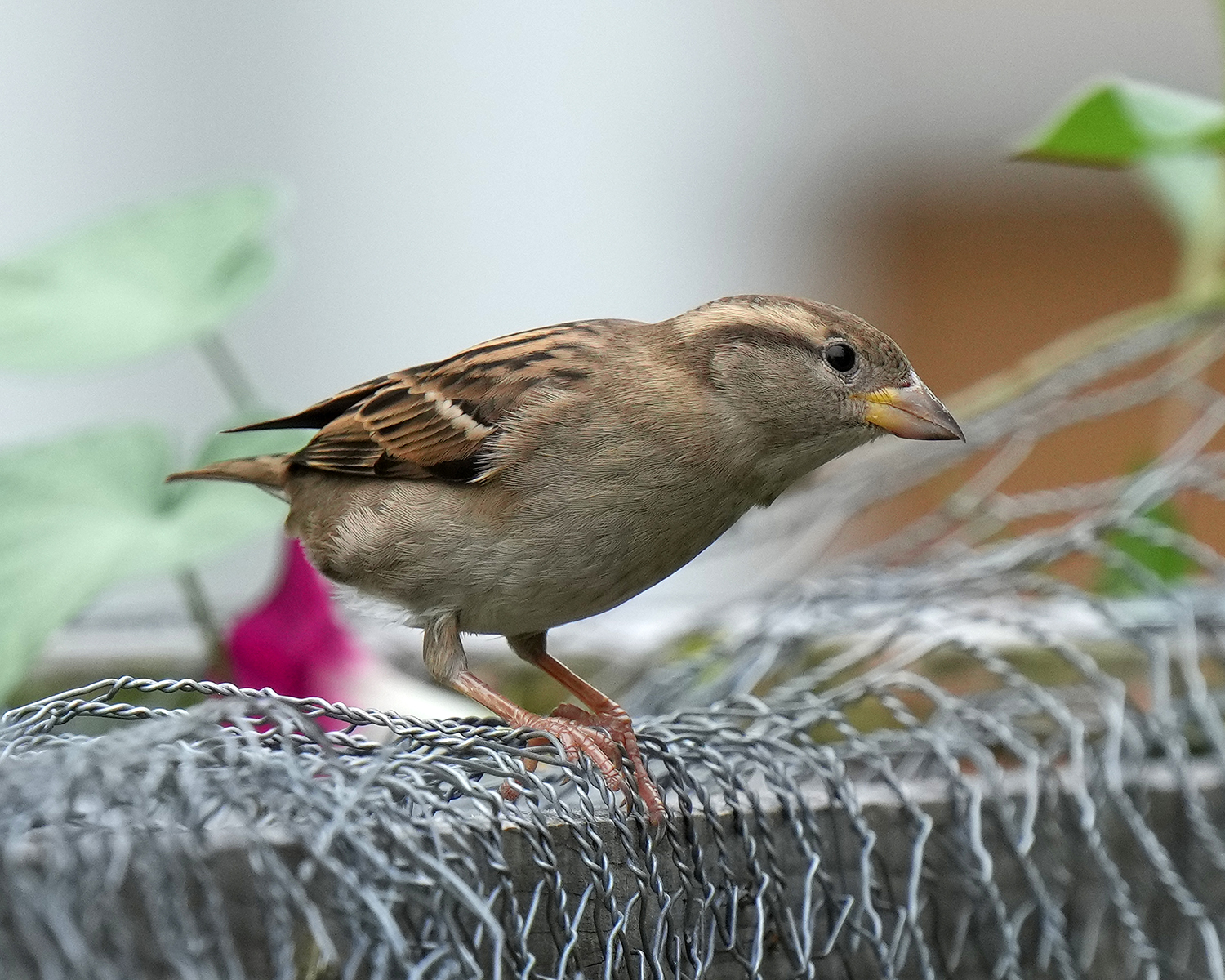 A male brown-headed cowbird and a more drab female (Molothrus ater). Another male is on the other side of the feeder: 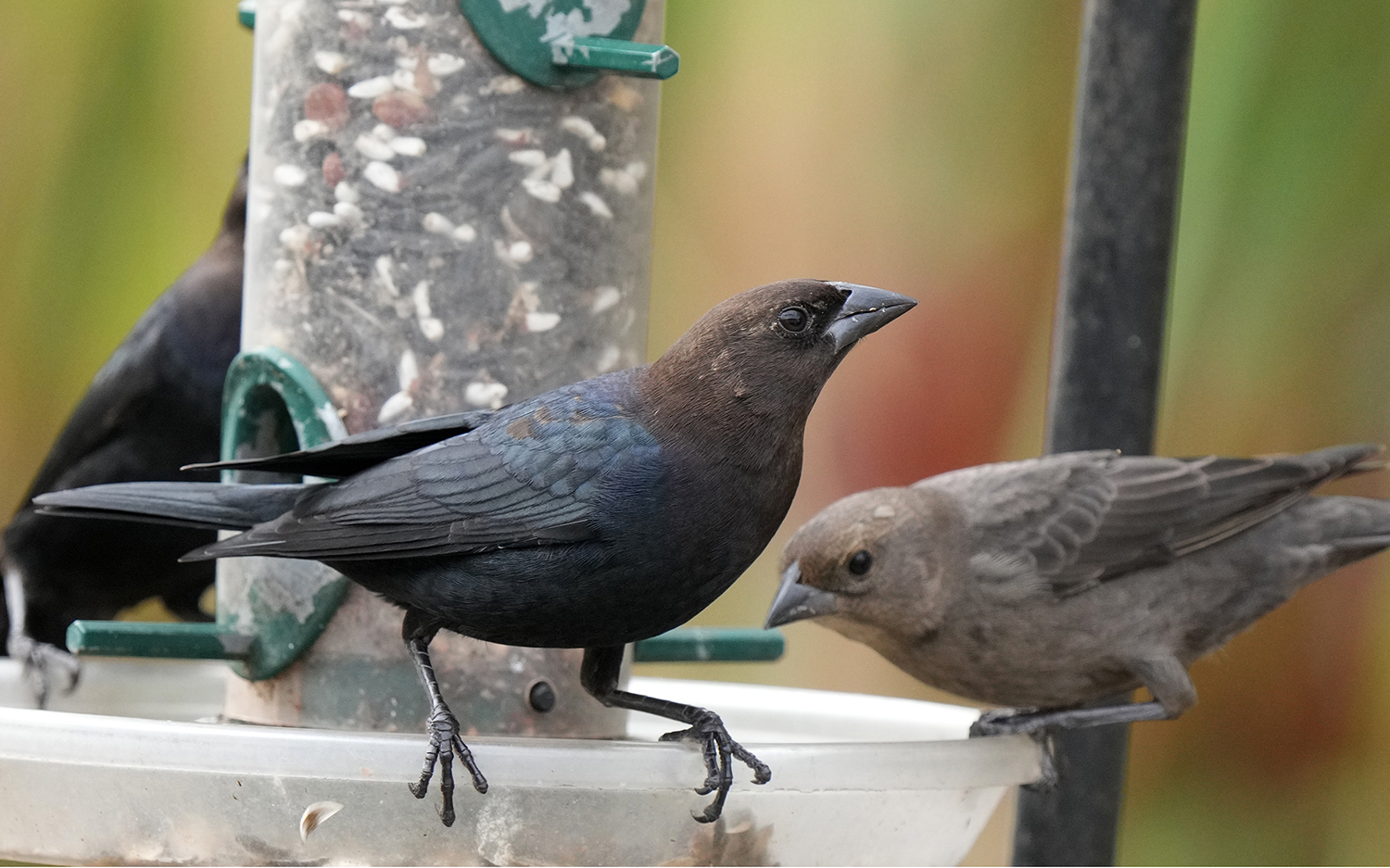 A Carolina chickadee (Poecile carolinensis). Another fast feeder. You need quick reflexes to photograph them as they grab a seed and fly off without lingering: 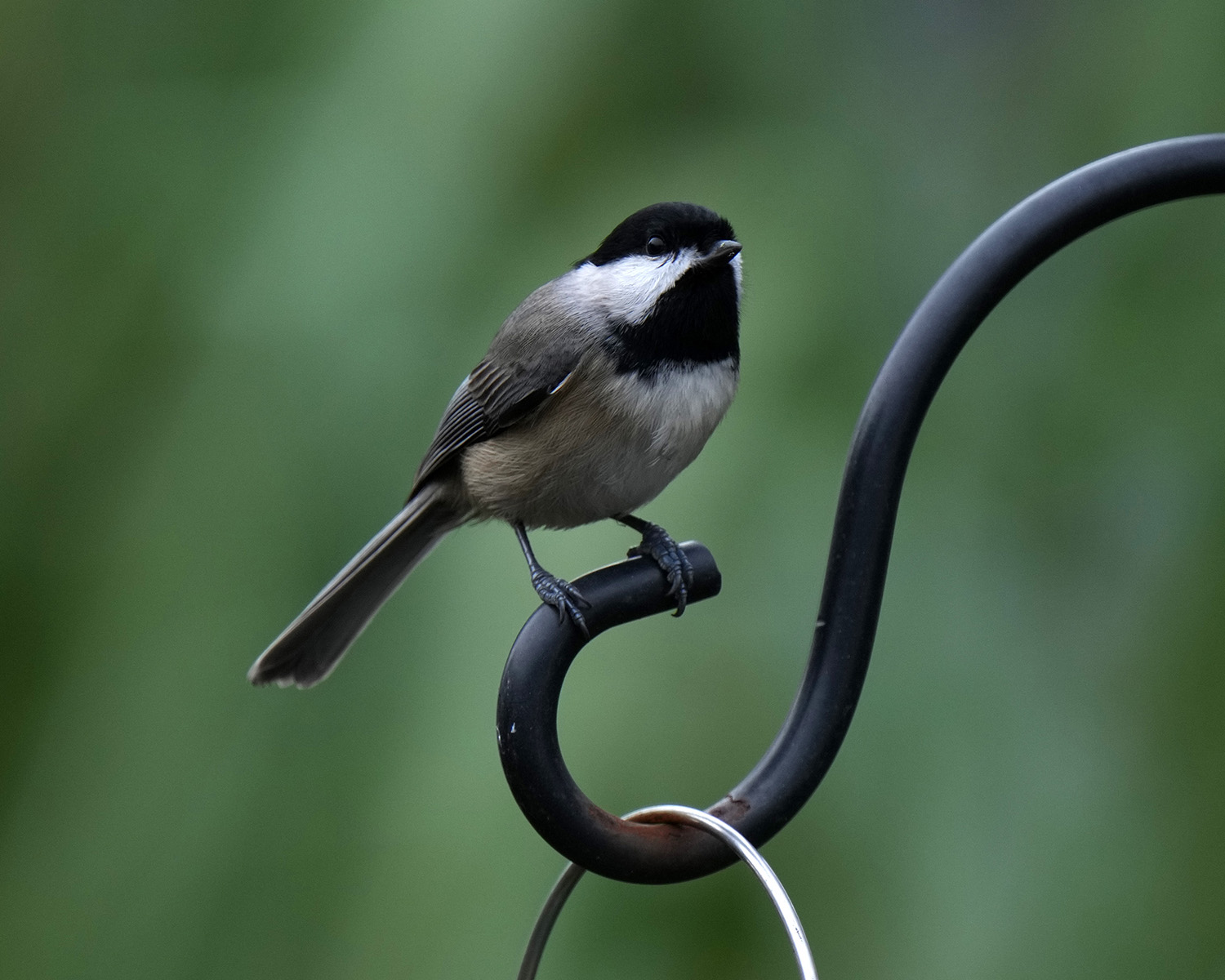 A white-throated sparrow (Zonotrichia albicollis) scavenging seeds scattered around the yard by the other birds: 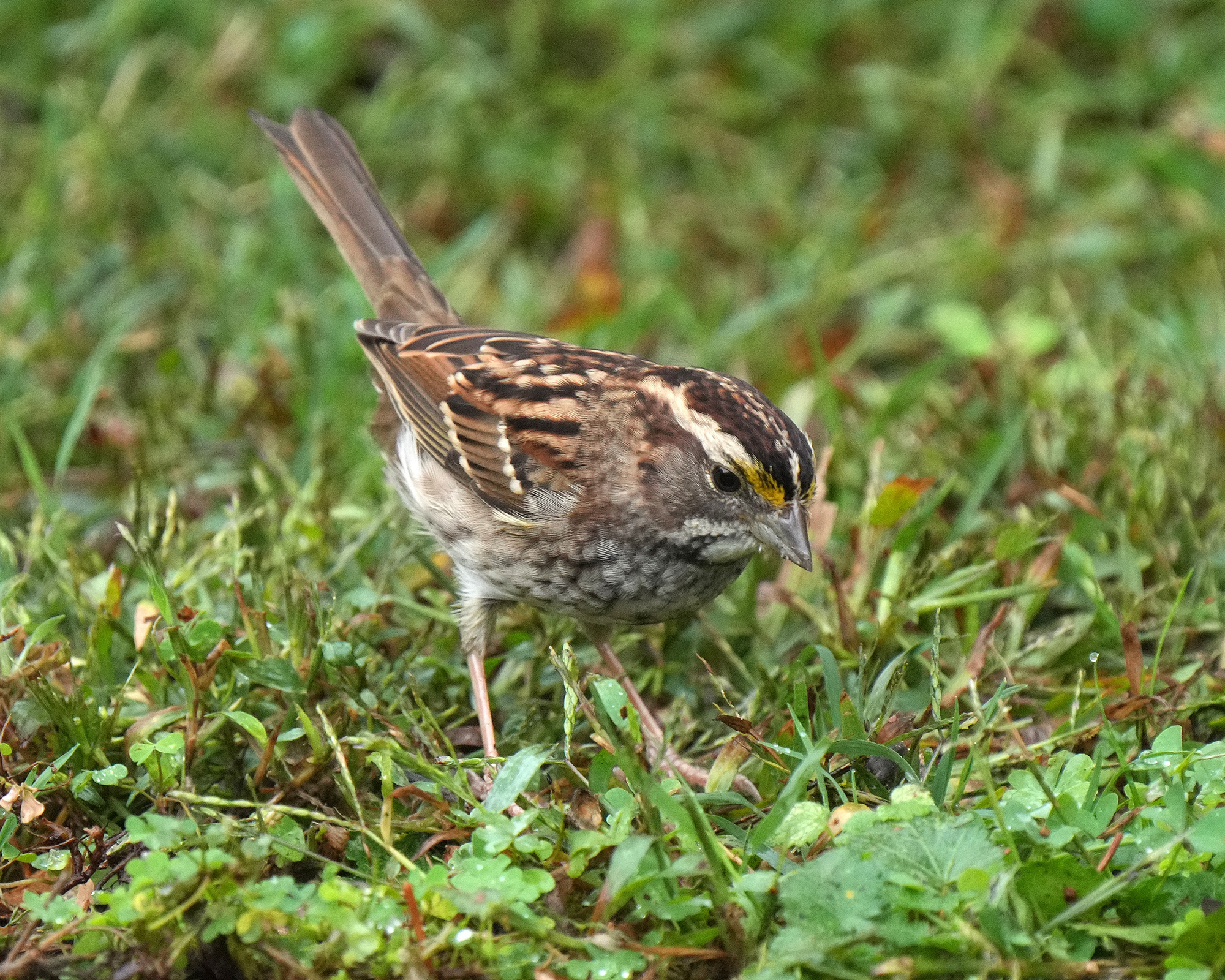 Camera info:  All photos shot with the Sony A1 with the exception of the cardinal photo which was taken with the latest addition to my arsenal: the Sony A7RV (it features a 61-megapixel image sensor), Sony 200-600 FE zoom lens, Sony 1.4X teleconverter, auto ISO (range from 400 to 5000 ISO depending on lighting conditions), daylight white balance, all shots hand held.