It looks as if I’ll be in Chicago over Coynezaa, so do send in your photos, and we’ll see if we can keep this feature going over the holidays.

Today’s batch of photos come from Mark Sturtevant, whose IDs and captions are indented. Click the photos to enlarge them.

First up is a bundle of assassin bug eggs. A very common species of this predatory insect is Zelus luridus, and so that is most likely what will hatch from these eggs: 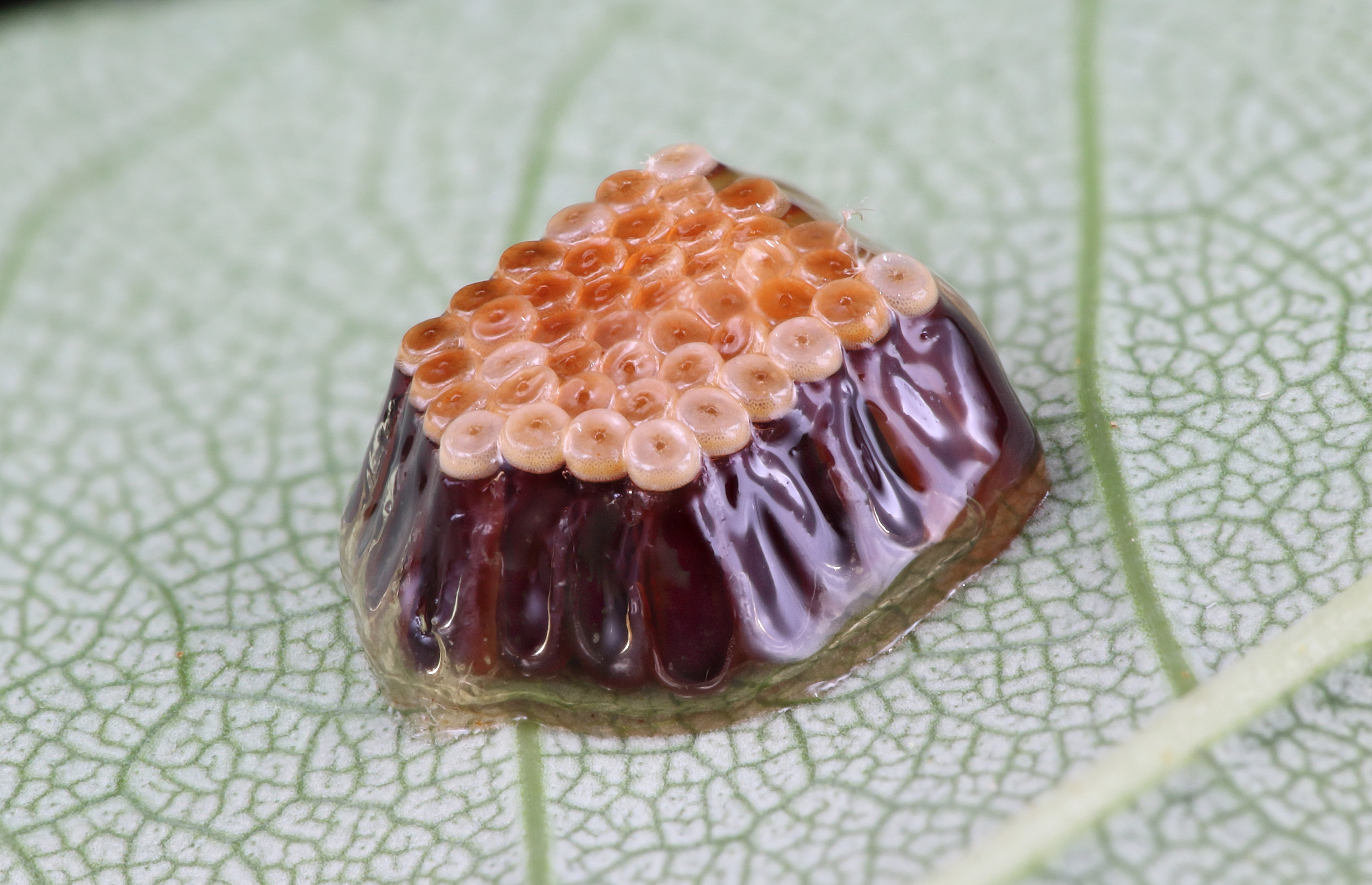 The European earwig (Forficula auricularia) is commonly seen up on plants, and they can accumulate in considerable numbers. Because they nibble on flowers and leaves, gardenersgenerally view them as pests. However, they also eat small arthropods, including aphids. I like them because they are so weird looking, and their matte finish photographs so nicely. The pinchers on the rear are modified cerci (those being appendages that many insects have). When alarmed, they will curl their abdomen like a scorpion, and they do look pretty fierce that way but it’s all a bluff since they cannot pinch in the slightest. But there are claims that other earwig species can use them as weapons of a sort: 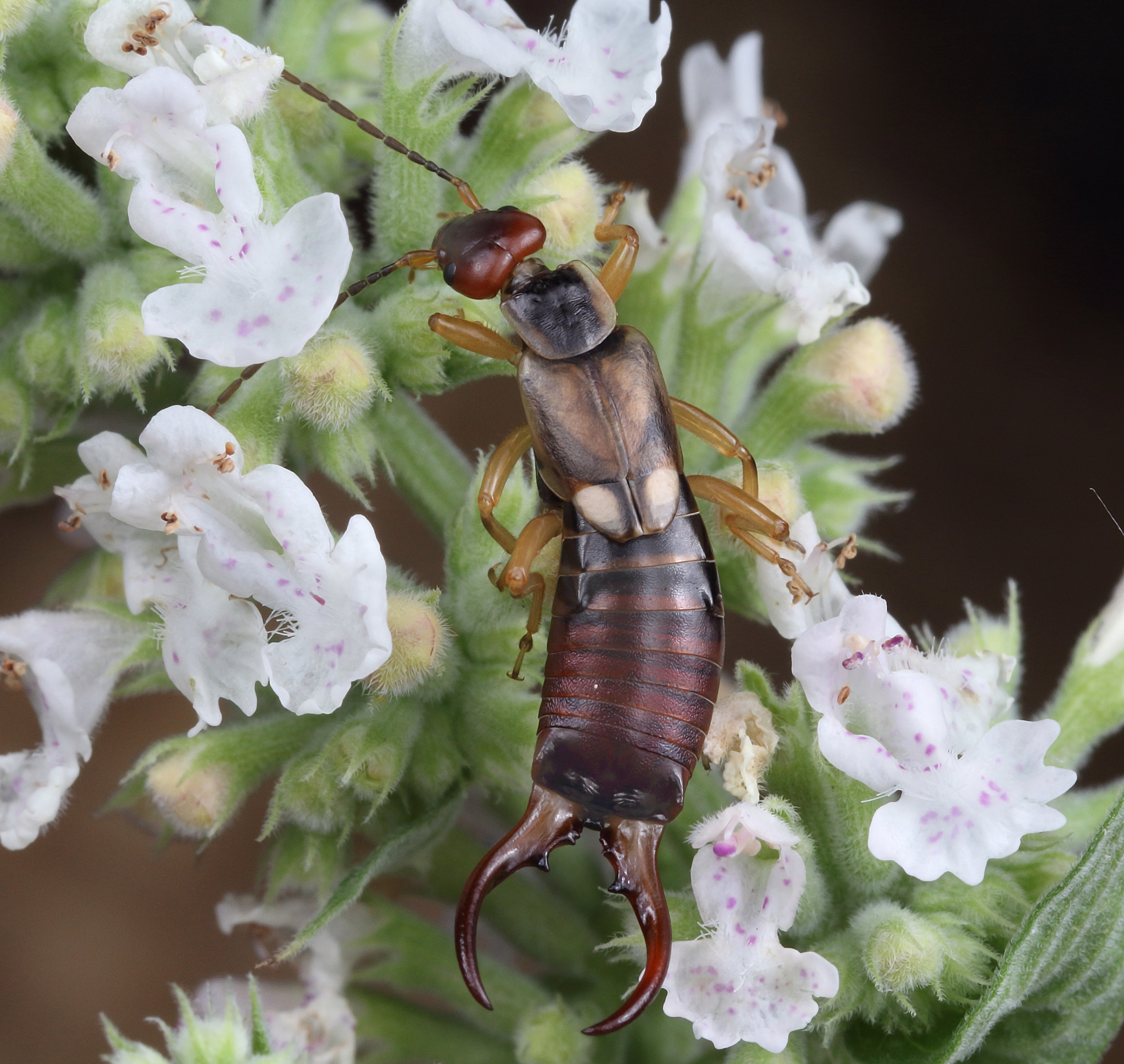 In my younger years, the pink spotted ladybeetle (Coleomegilla maculata) was a common sight, but they are pretty rare where I live now. It was therefore exciting to at last find a pink ladybeetle when I was out “bugging” with the camera, but for some reason this one wasn’t moving. One can see why in the picture. Do you see the small cocoon underneath the beetle? That is the cocoon of a parasitic Braconid wasp! So this beetle was unfortunately parasitized, and its body was being used as a kind of protective shield: 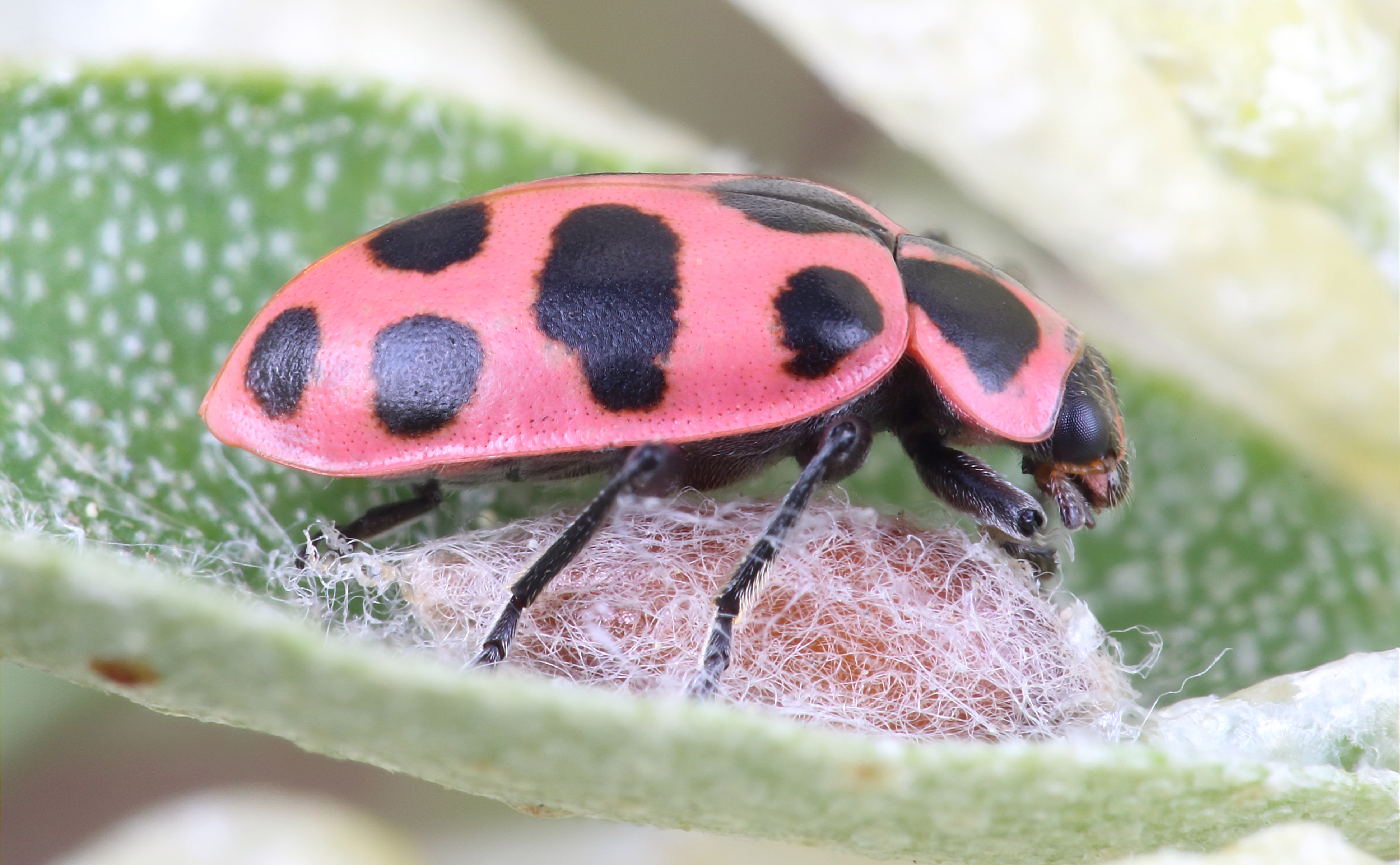 Wolf spiders are most active at night, and then they can be easily found by using a flashlight to spot them through their brilliant eye-shine. So I went out to a remote park one evening to look for wolf spiders. The experience was rather startling, since a walk through the woods at night (which was a bit creepy, to be honest) revealed a veritable milky way of tiny glowing green eyes lighting up the trail. The wolf spiders on the trail were all small, but I had no idea they would be so numerous! After about a mile, the woods opened up to a large field and a full moon. More tiny glowing eyes, but not so many. Then I came across a set of eyes that were much bigger, and behind those was a very big wolf spider! A strikingly colored female. After admiring her, she was respectfully scooted into a bug cage. A bit more searching turned up a male of what was clearly the same species. Fortunately, I had two bug cages, and so in he went. Then it was time to go home with the prizes.

When I could get out again, I returned to the field in the day time with the spiders so that they could be properly photographed and then released. The species is Hogna baltimoriana. The female easily had a leg span of about 3 inches, while the skinny male was much smaller: 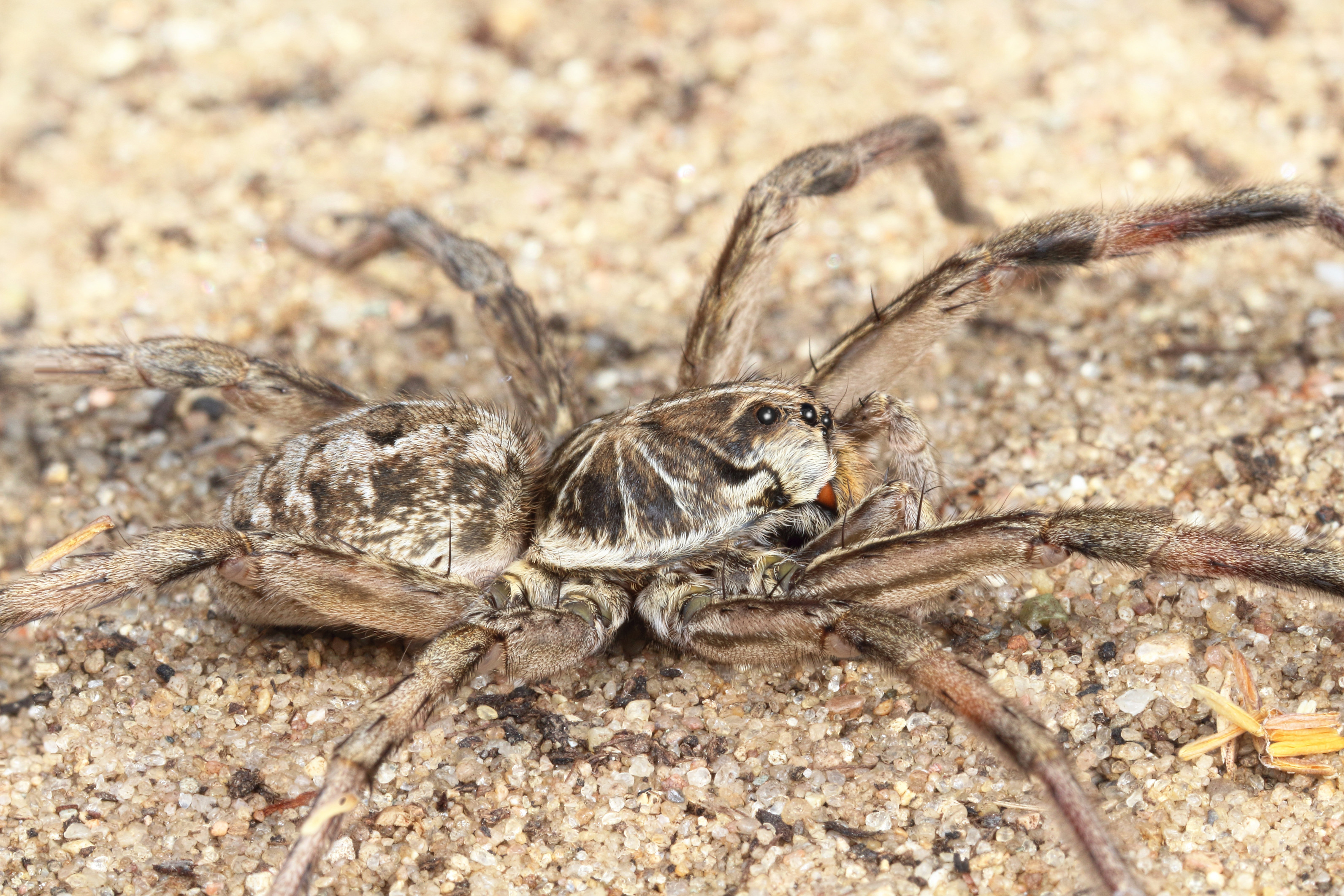 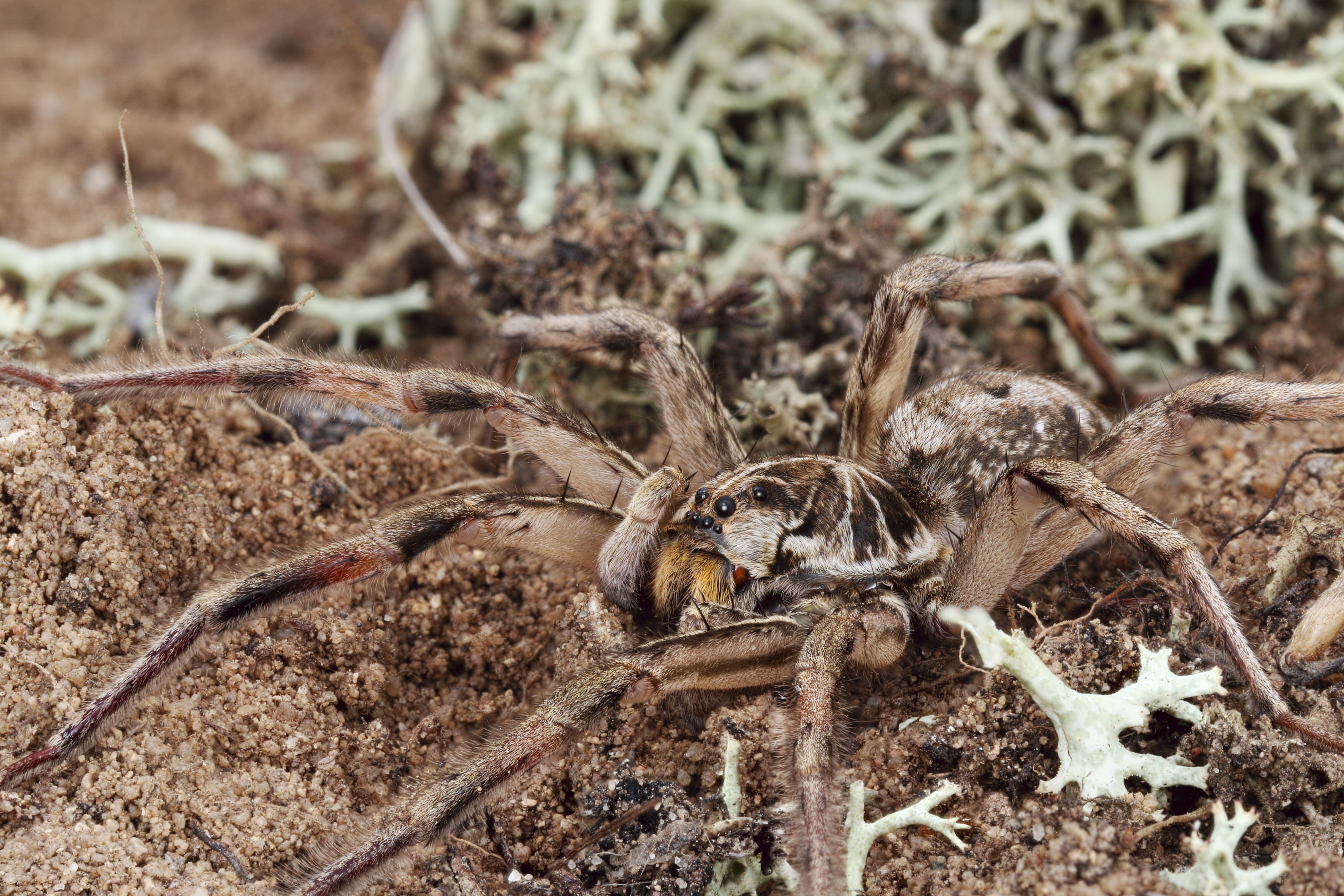 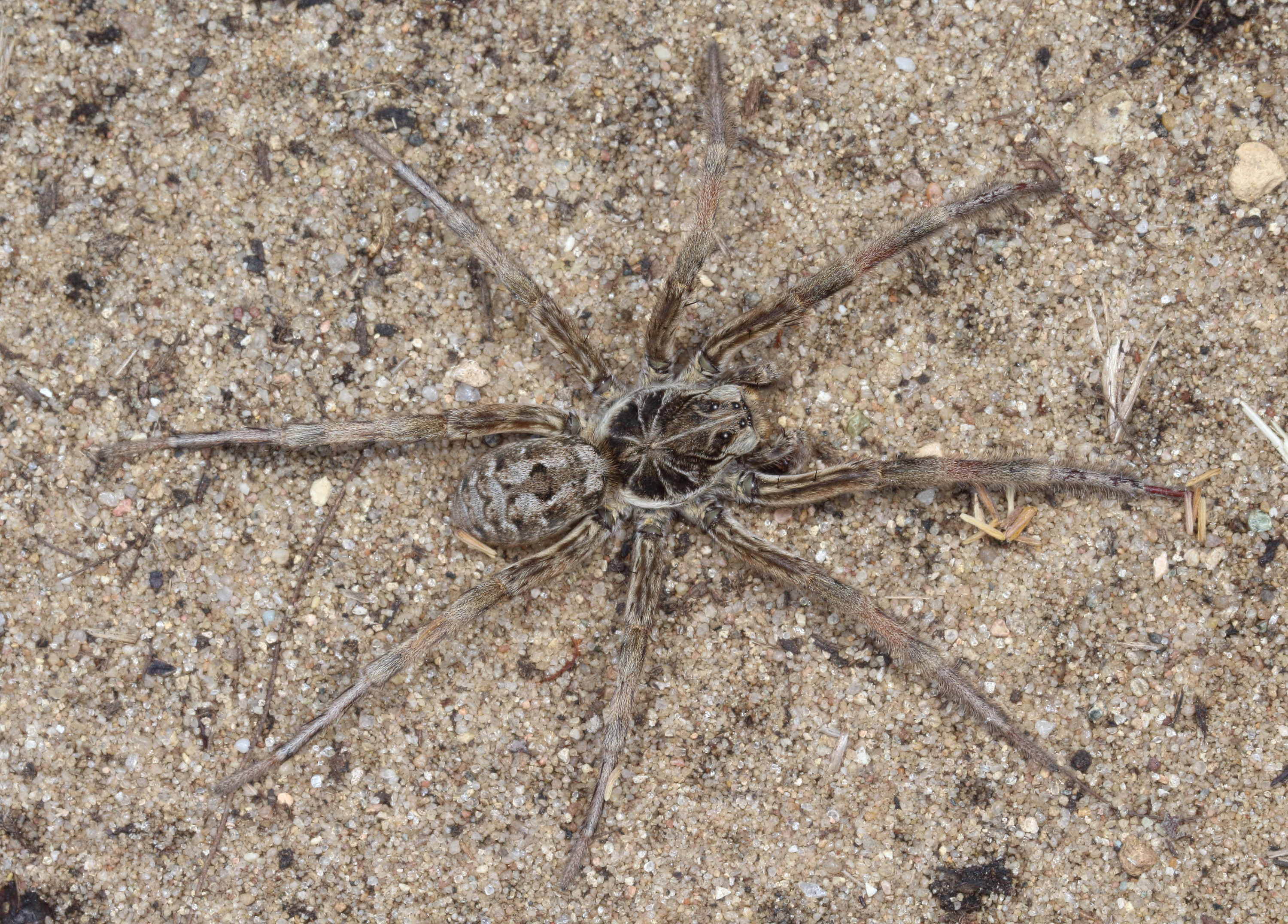 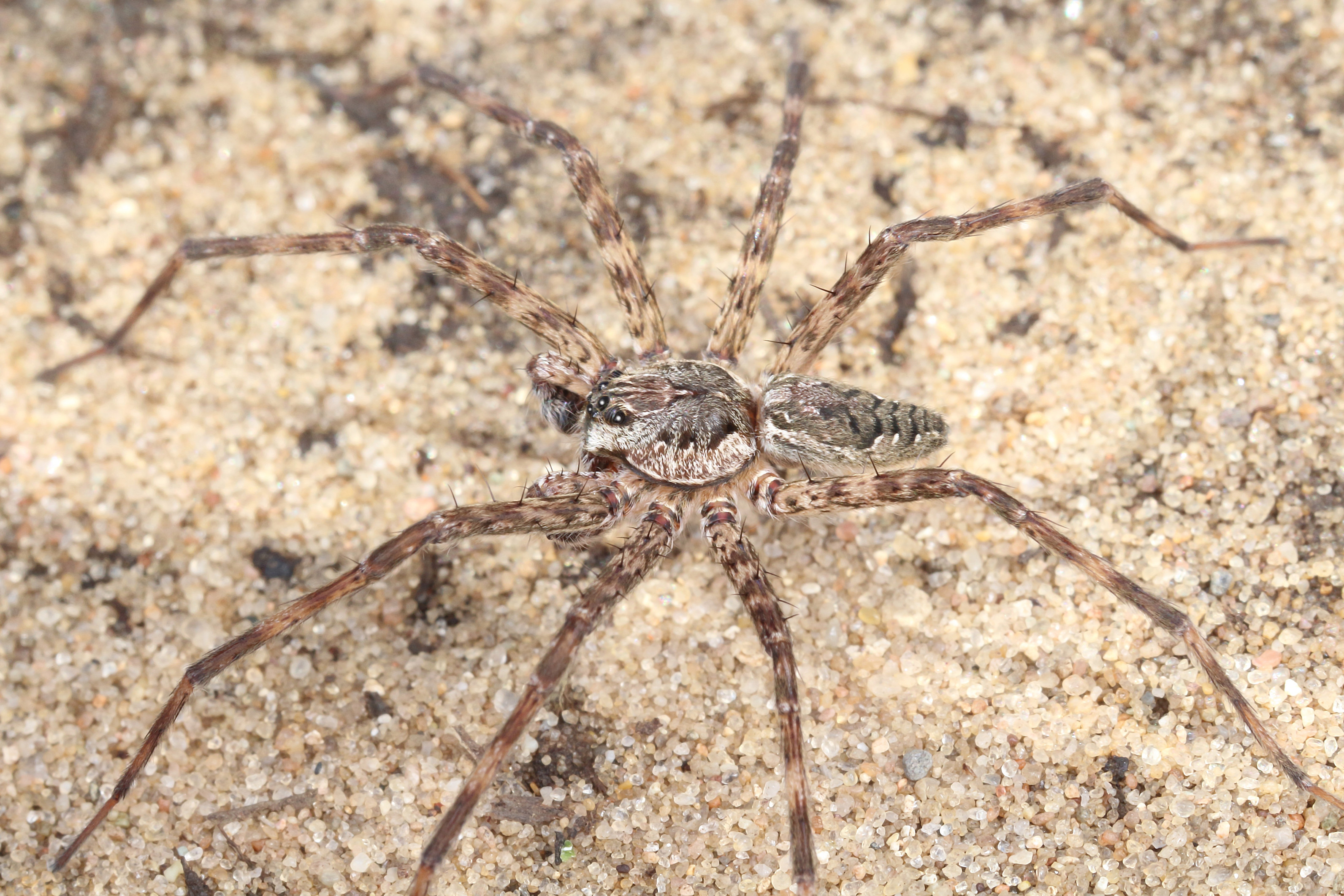 Bringing up the rear are male and female jumping spiders (Phidippus clarus) that are in an endearing and committed relationship. The male is in plain view, while the female is seen as a vague outline in her silken retreat. According to BugGuide, females of this species are frequently seen hanging out at the top of plants like this. The male, having found her, is now guarding his “intended” against any rival males. Although disturbed by my presence, he would not leave her side: 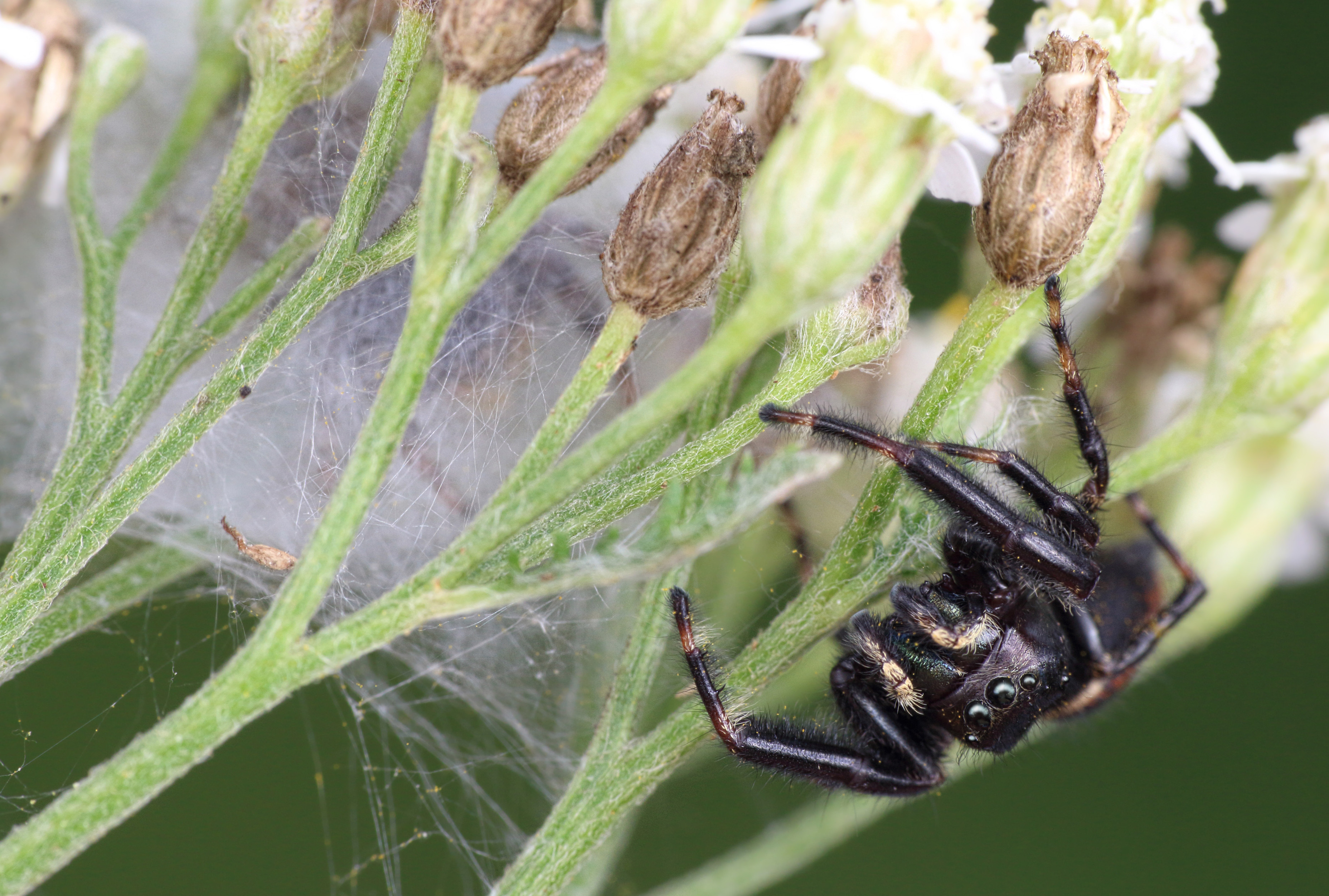 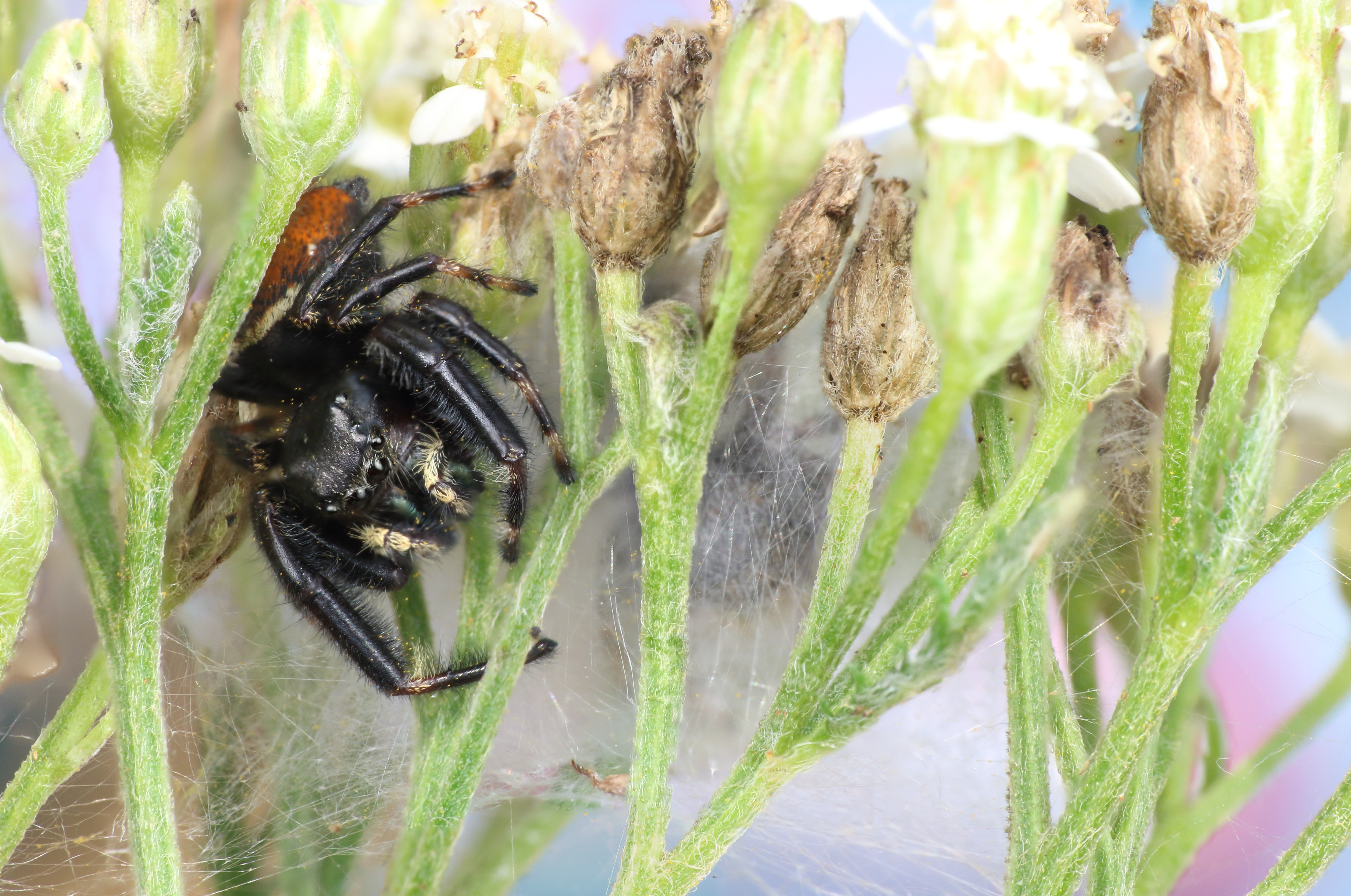