As I’m likely not going to Poland, I may keep this feature going over the holidays, so send in your photos, please!

Today’s batch, the first of two, comes from reader Kevin Krebs, who lives in Vancouver. As he says, “‘Most of the photos were taken in and around Vancouver and I’ve noted in the captions locations of others.” Kevin’s notes and IDs are indented, and you can enlarge his photos by clicking on them.

Place three paper clips in your hand. That is the average weight of an Anna’s Hummingbird (4 grams). This male was keeping watch over his territory at a local park. Check out those little feet! I recommend Jon Dunn’s ‘The Glitter in the Green’ if you’d like to be utterly amazed by these impossible birds. 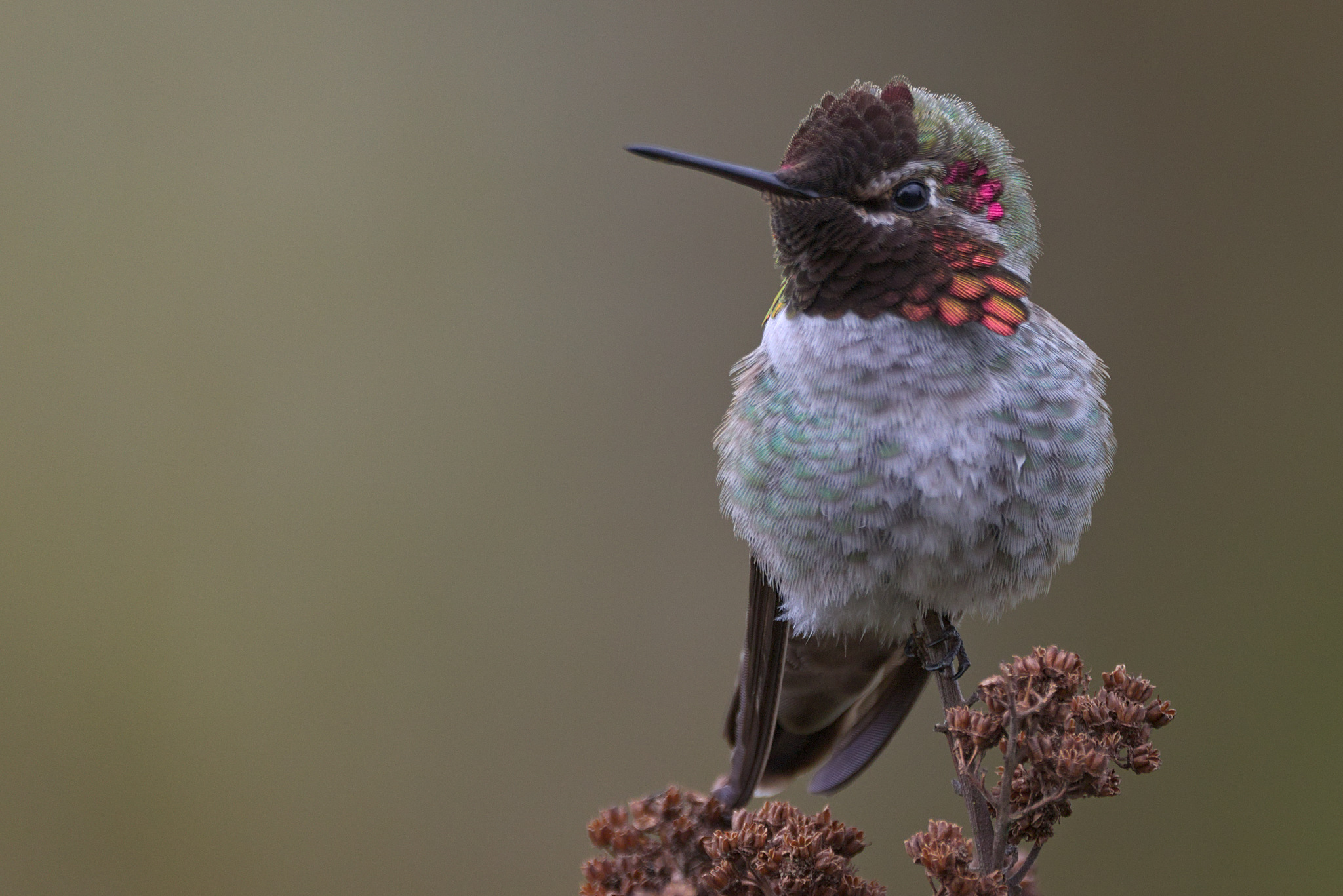 This is a portrait of one of a family of Sandhill Cranes that remain resident at a local bird sanctuary. Habituated to humans, they have no qualms posing for photos. Sandhill Cranes have one of the longest fossil record of any extant bird species — unequivocally confirmed at 2.5 million years — and if you ever hear one call, you’ll hear something ancient. 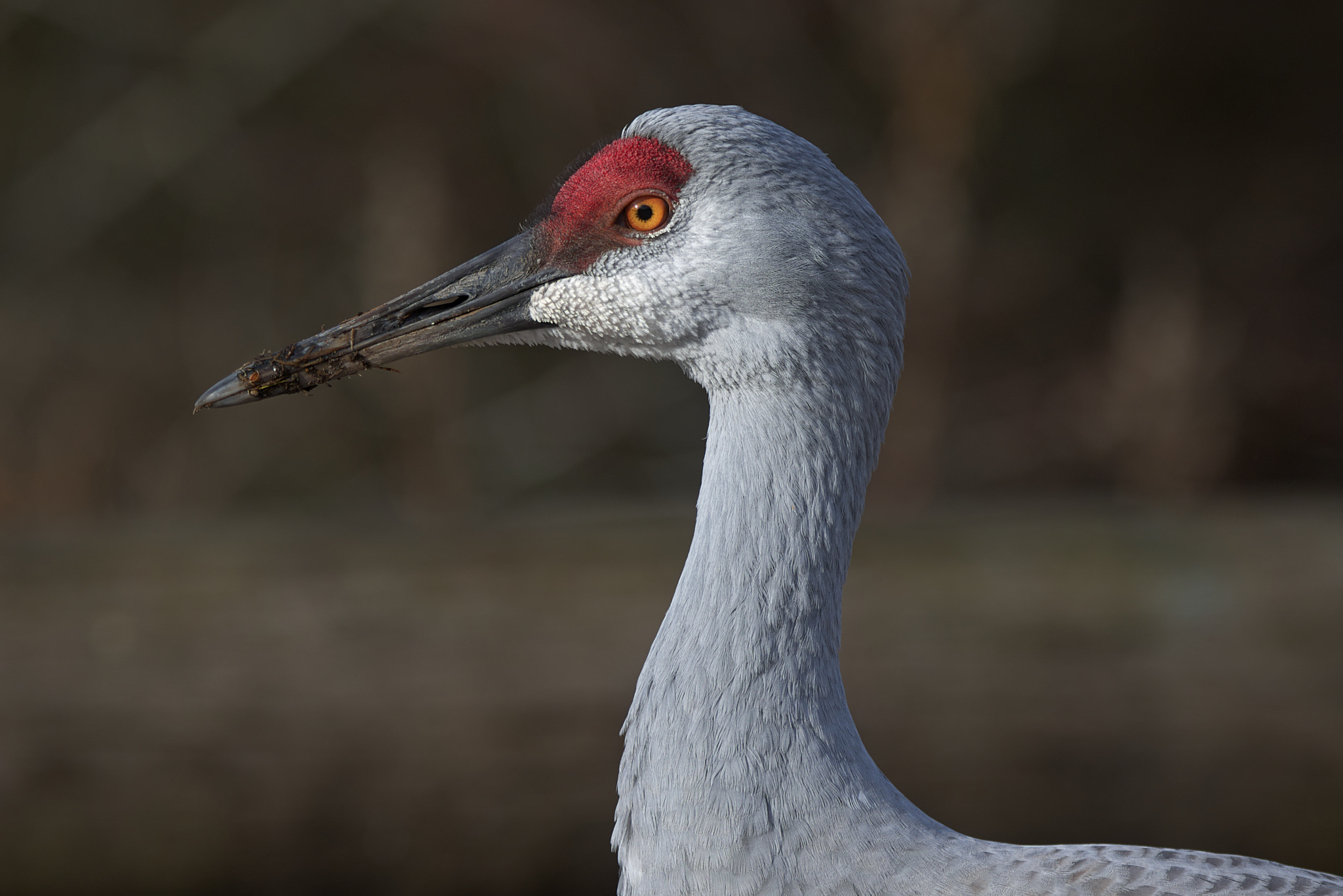 Fox Sparrows in the Pacific Northwest are usually a sooty brown, but I was surprised to find this leucistic Fox Sparrow at a local park. It’s commonly believed leucistic birds are at higher risk for predation (due to lack of camouflage) and have trouble finding a mate. That said, I don’t know of any research that conclusively verifies either of these claims. Given how rare highly leucistic birds are combined with the difficulty of monitoring an individual bird over its lifespan, we’ll probably never have enough detailed data to say. 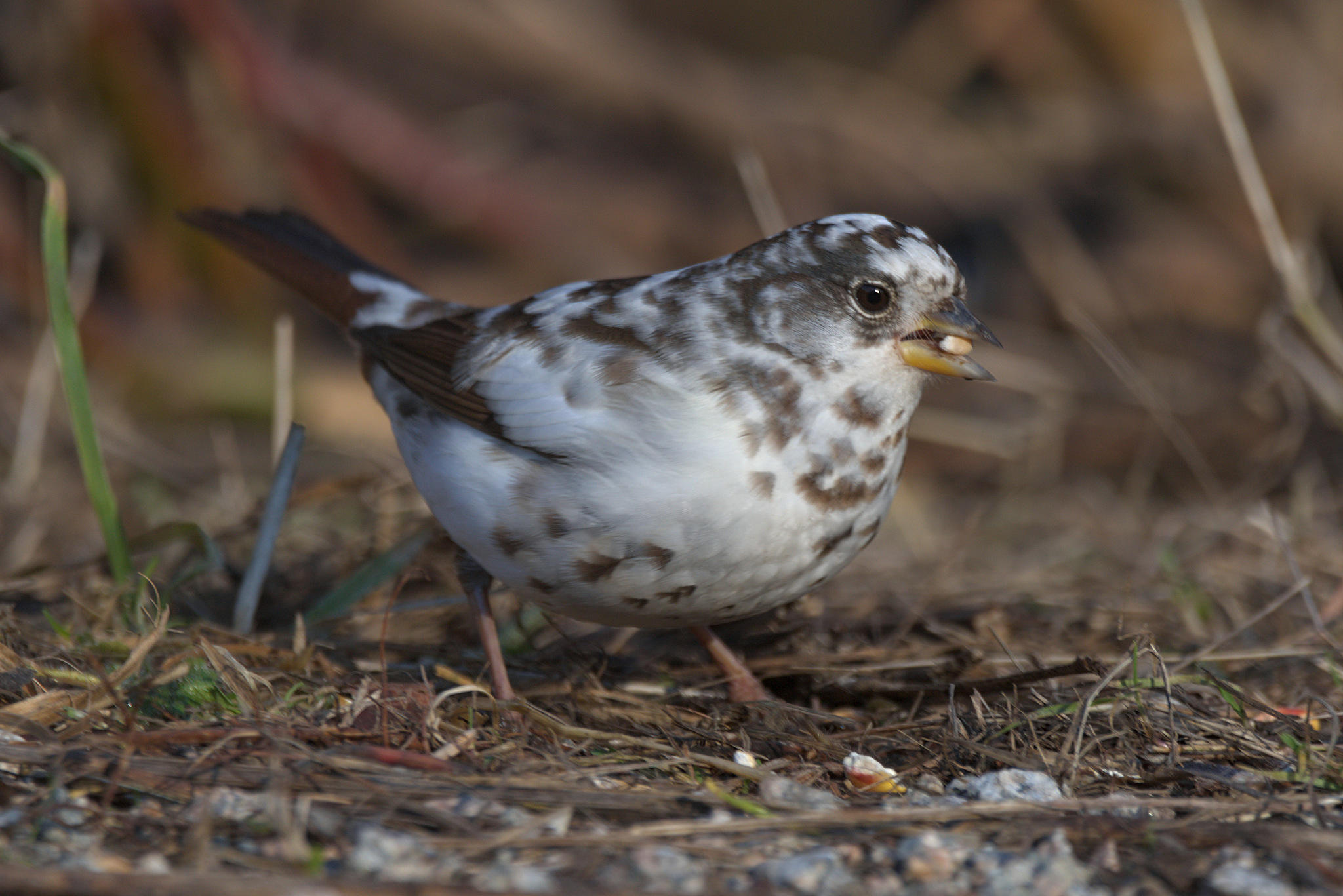 Black crowned Night-Herons are one of the most widespread herons on the planet, but their nocturnal habit keeps them from most people’s sight. This individual from a local population near the British Columbia coast, easier to spot in the day now that the leaves have all fallen. 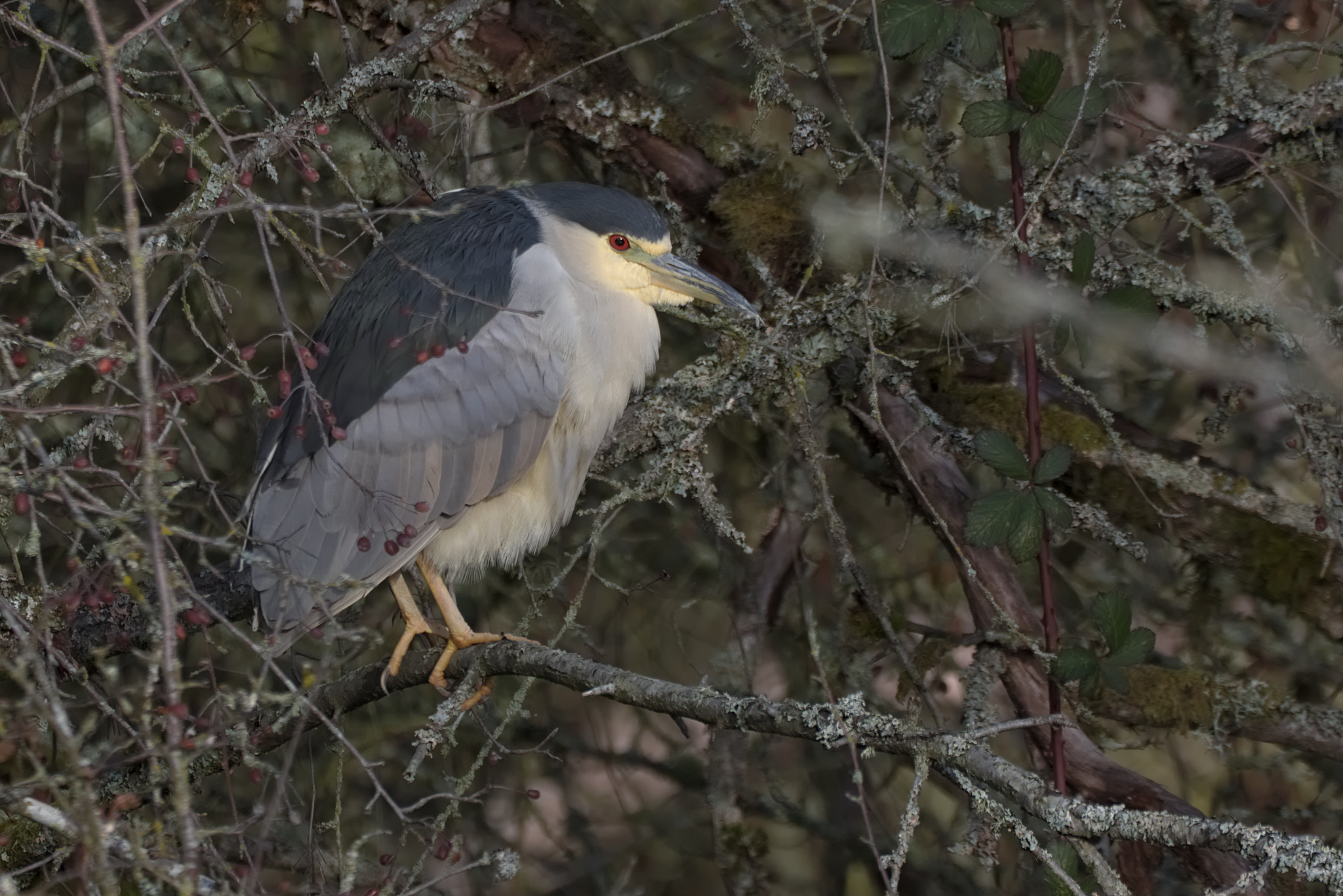 A brilliant male Wilson’s Warbler. These tiny birds (averaging 7 grams) migrate between the Central America and northern and western Canada. Keep an eye out in the spring at your local park and there’s a good chance you’ll see one darting through the undergrowth. 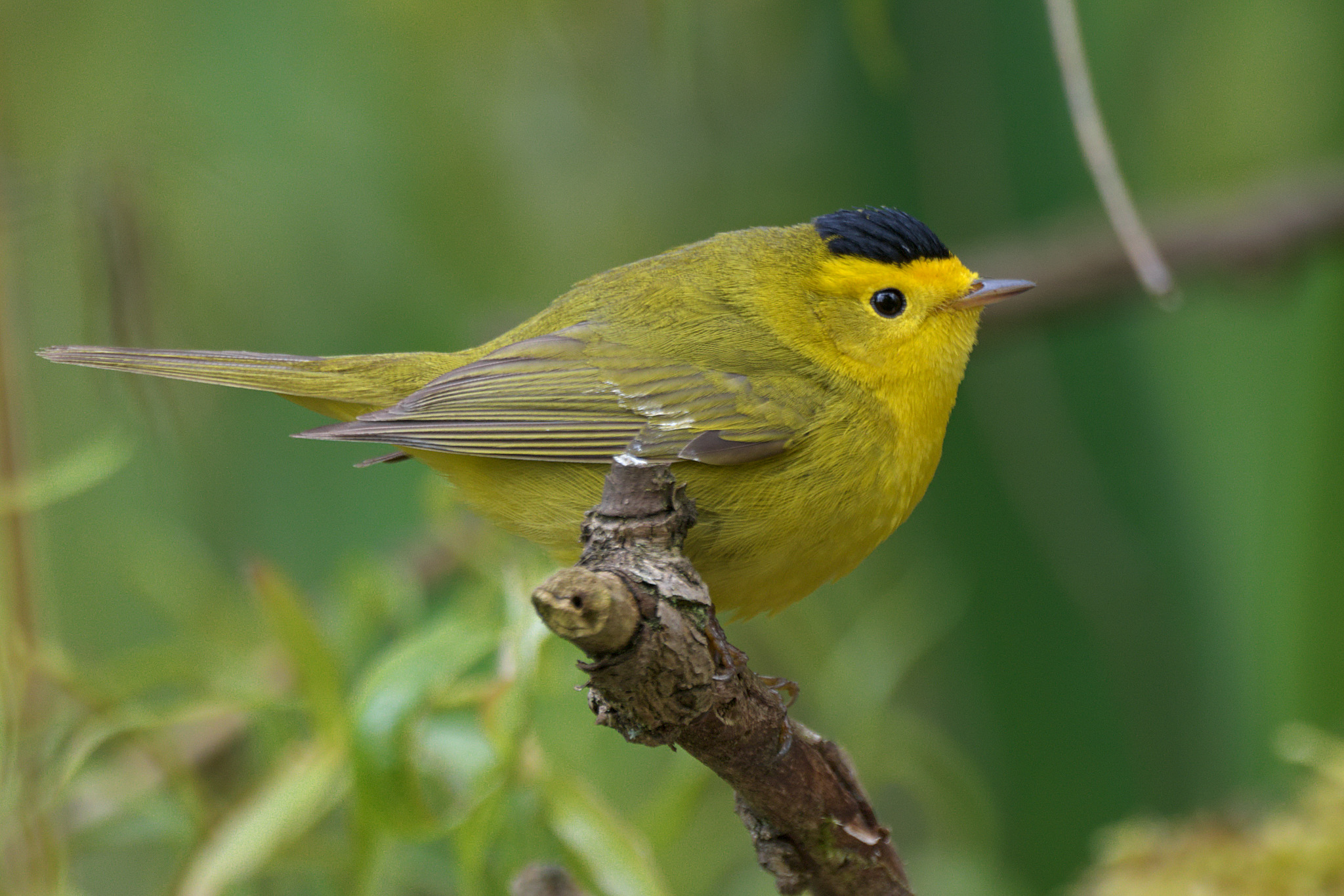 The largest grebe in North America. Inland lakes are their preferred breeding grounds, and these eye-catching birds put on a remarkable courtship ritual.  I photographed this bird on a rainy day at Salmon Arm in British Columbia’s interior. 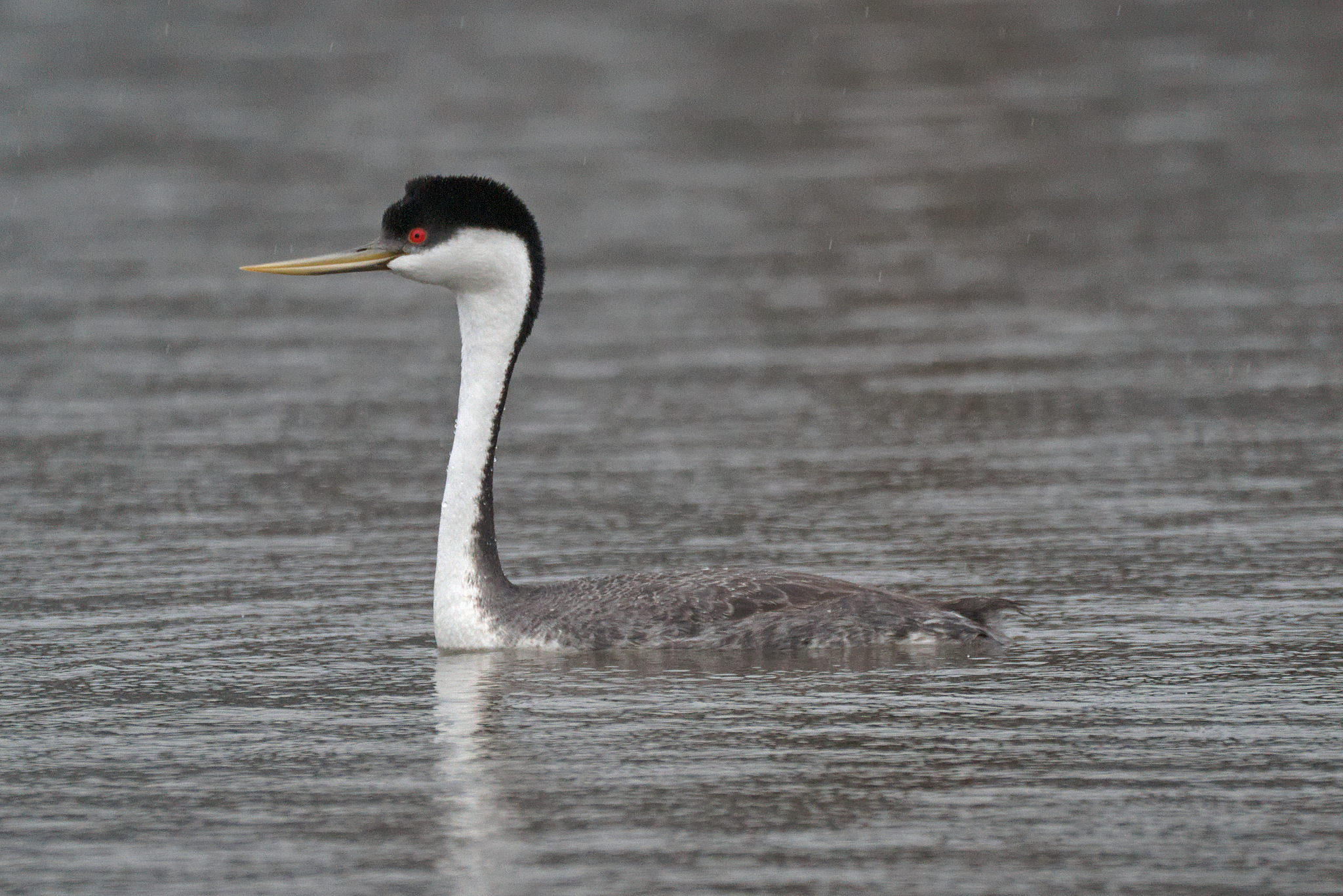 Many birders become blind to common birds, fixated on the quest for rarities. I always argue that the birds we ignore are every bit as fascinating, beautiful, and inspiring. I was lucky to happen across this female Mallard peacefully resting under some bushes near the side of a pond, creating wonderful lighting.  [JAC: I second the encomiums to this bird!] 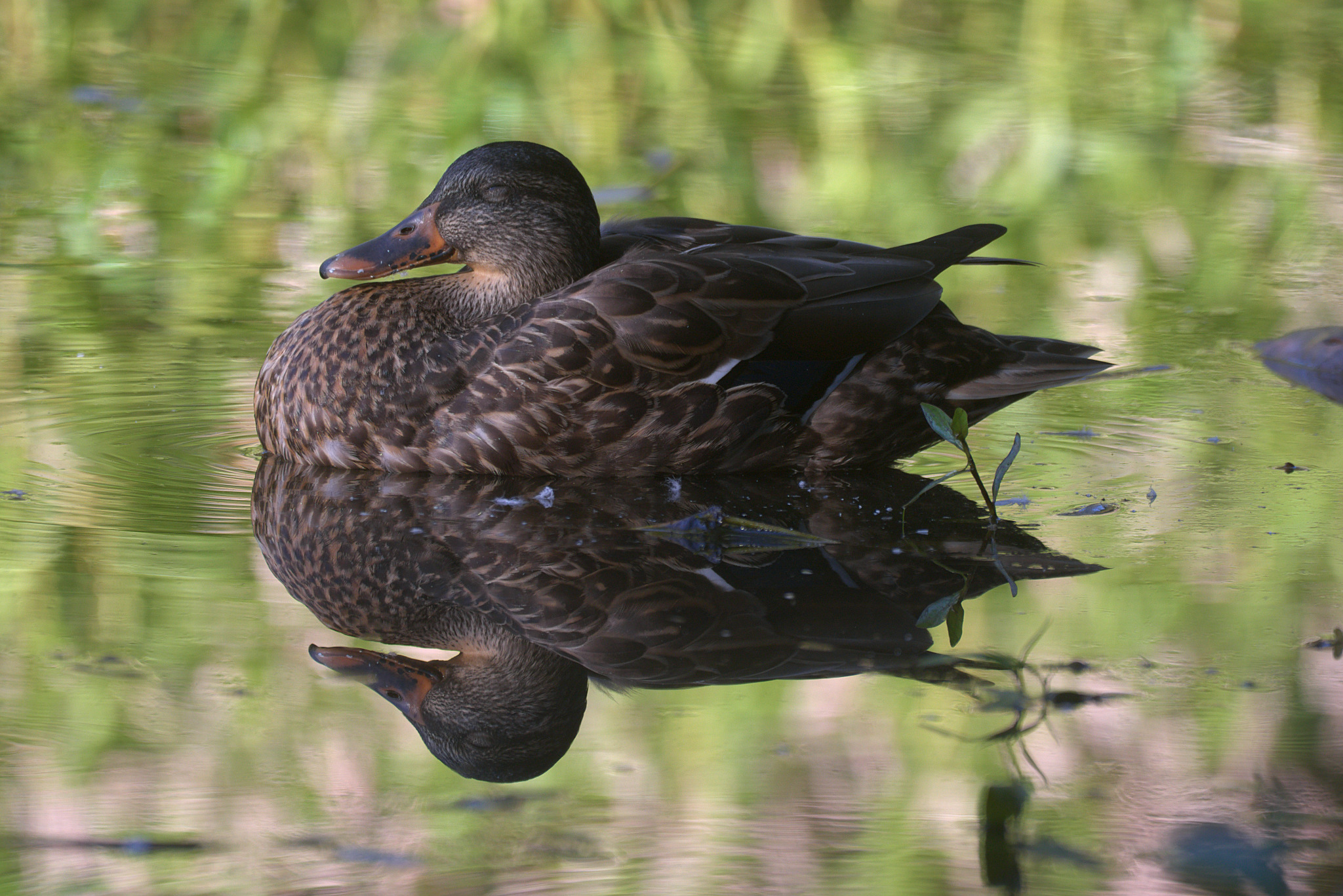 This juvenile was resting on a branch when I came around a bend in a path. Surprisingly, it didn’t fly away but inspected me for a while before I backed away and gave it some privacy. The tell-tale signs this is a juvenile bird are the brown teardrop-shaped pattern on its chest as well as the yellow-green eyes. Adult Cooper’s Hawks look significantly different. 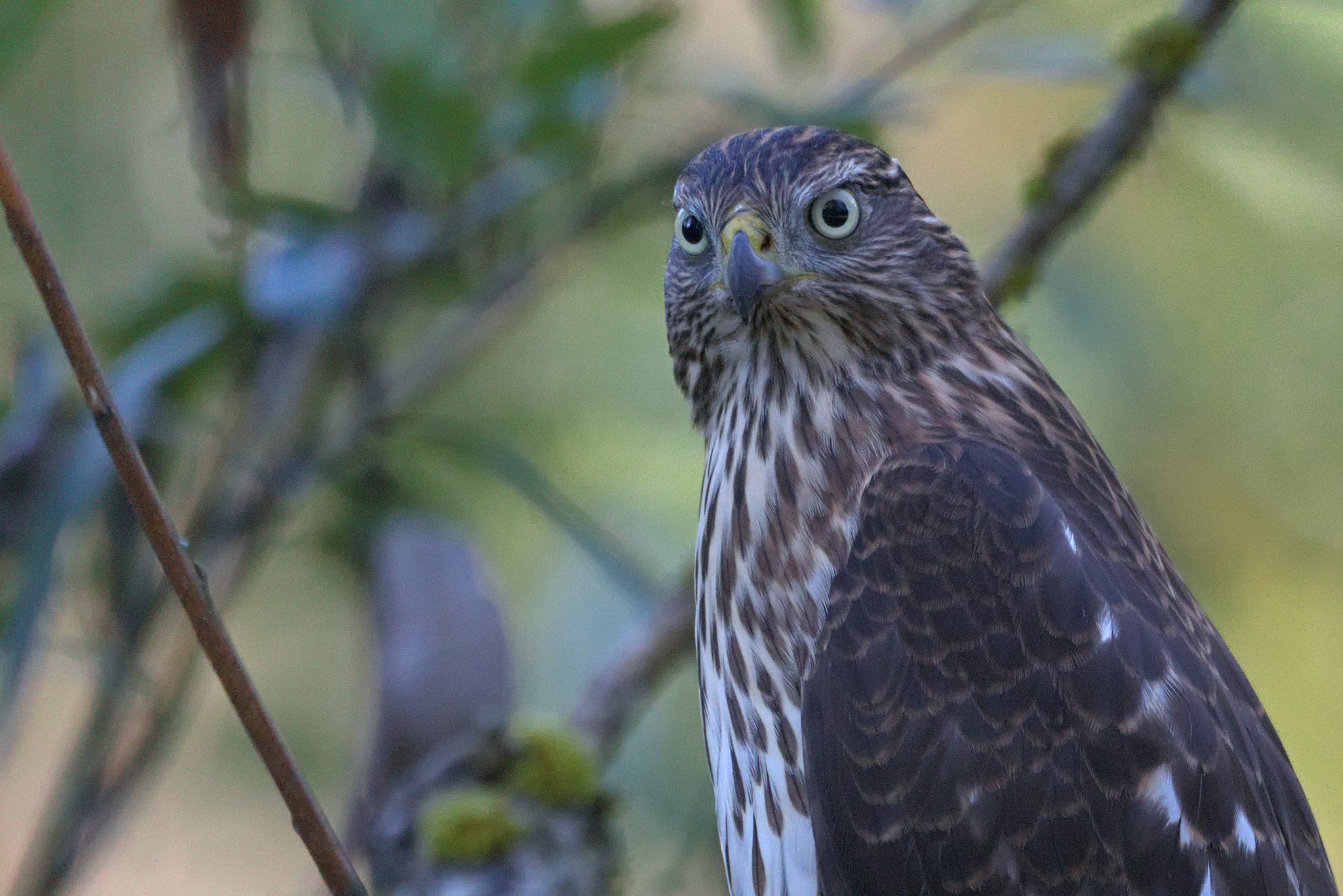 It’s a good day when a juvenile Pied-billed Grebe comes close enough for a lovely portrait. Like many grebes, the young have a complex pattern of light and dark feathers on their heads. Disruptive camouflage, perhaps? 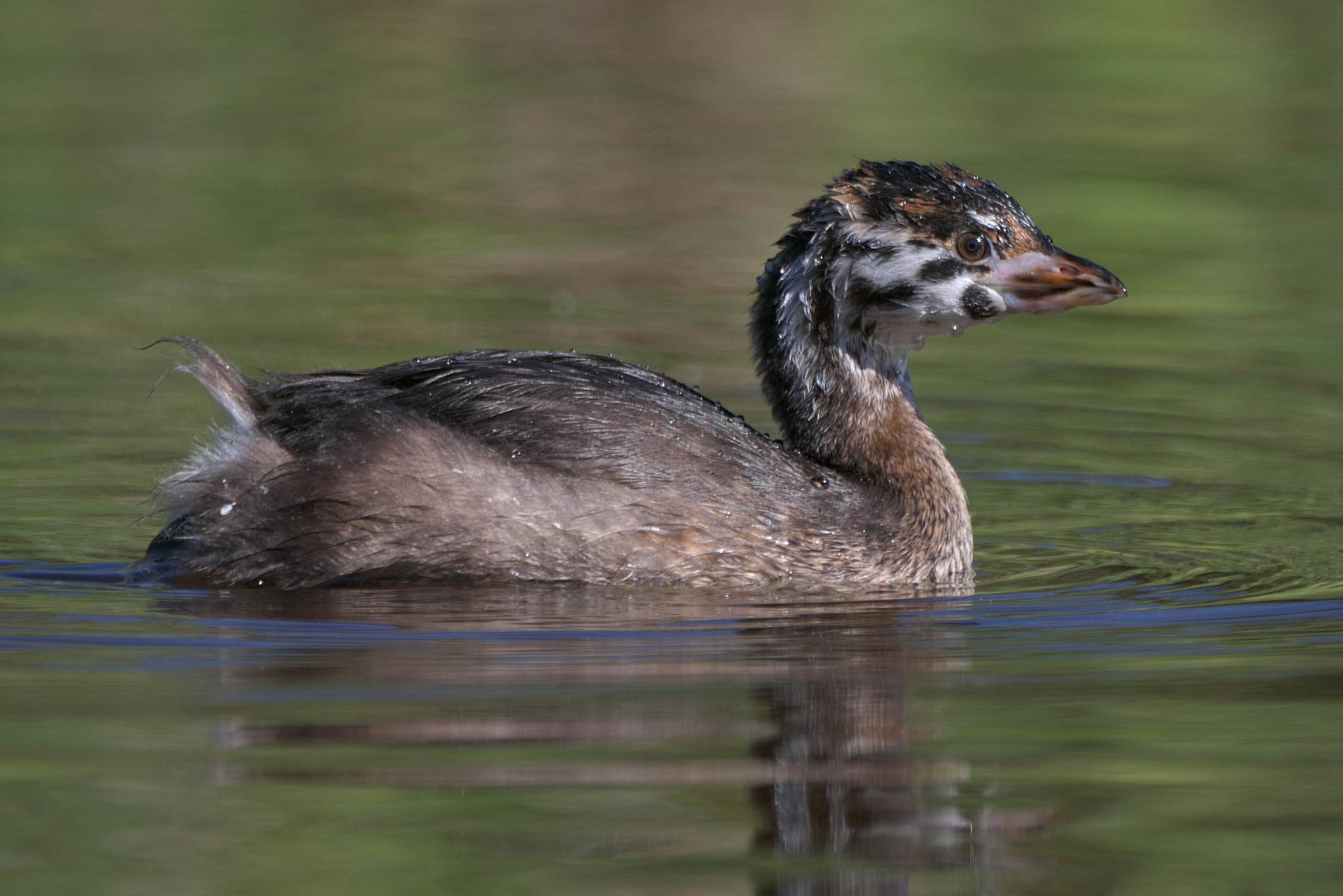 A widespread Sandpiper that can be found across most of North America during the summer. They are one of a few species of birds with reversed sex roles: females arrive to breeding grounds first, stake out and defend territories, and attempt to attract males. Similarly, males take up the primary parental role in caring for young. 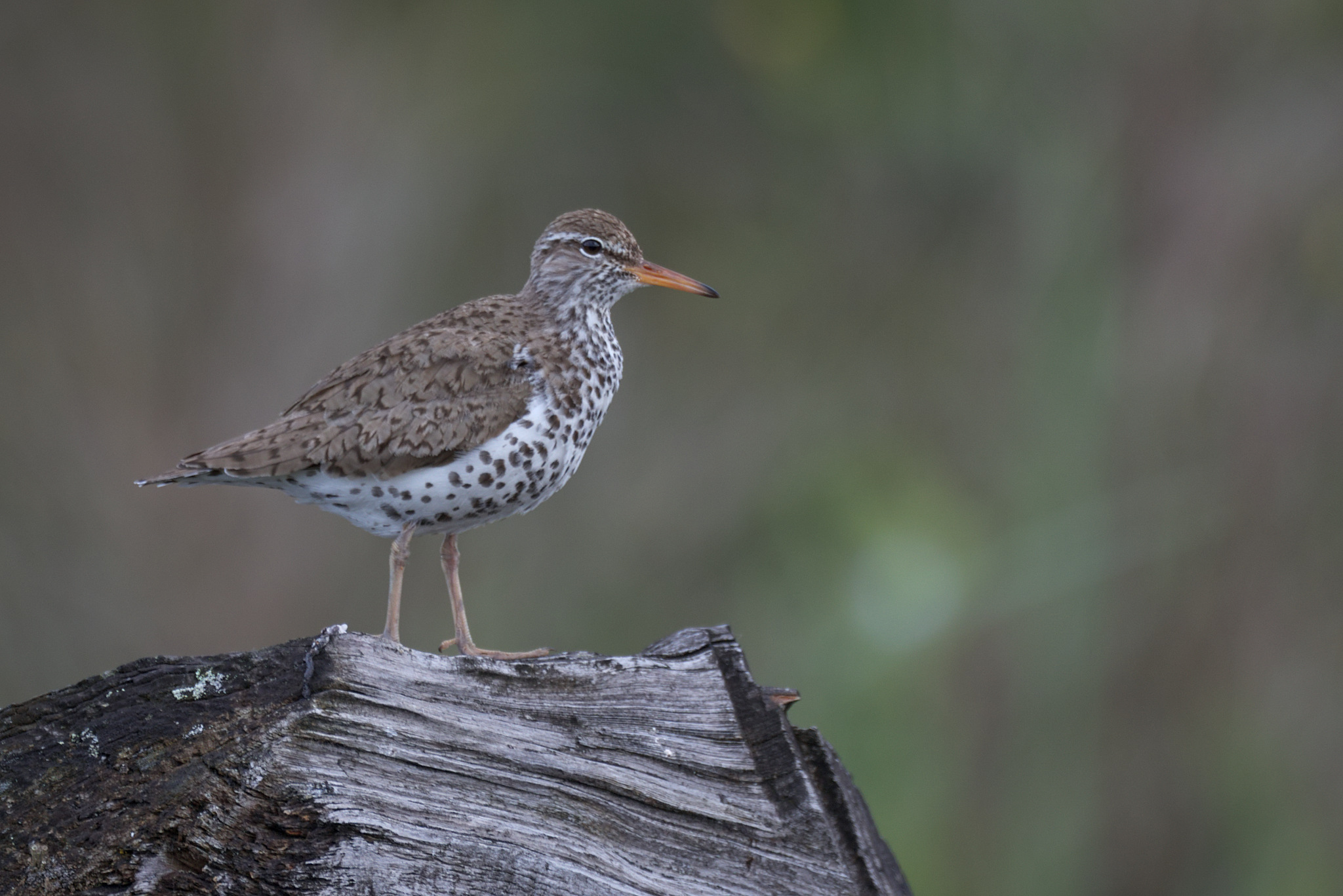