Today we have some lovely moths (and one other insect) from Tony Eales of Queensland. Tony’s captions are indented, and you can enlarge his photos by clicking on them.

I’ve had a few cool finds of the lepidopteran variety of late.

I found a strange pupation case hanging from a leaf. When I put it up on the internet,  a number of people spoke up, saying that they too had found these structures—and there’s been a lot of discussion about what they were. 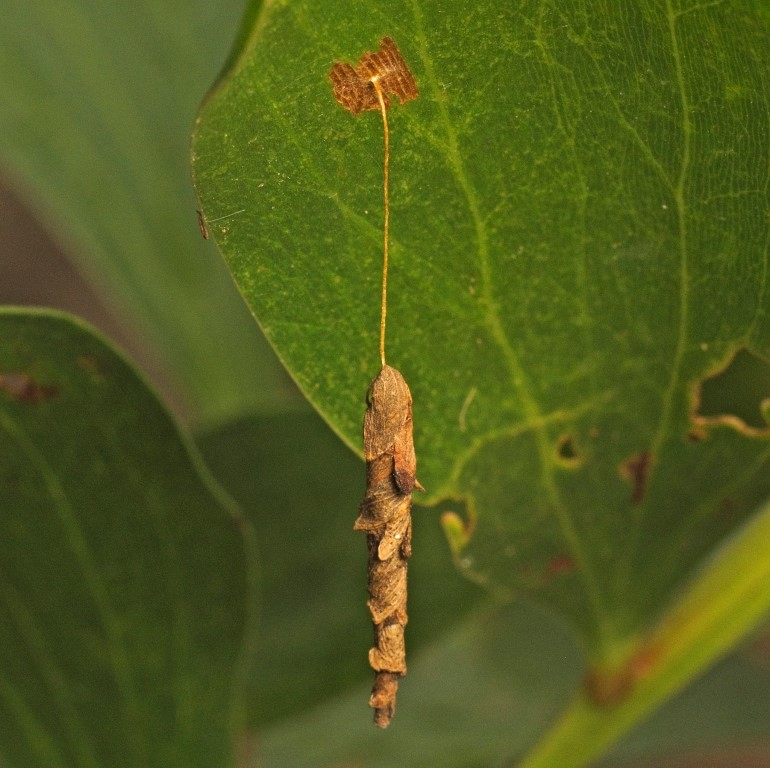 The consensus was that they were like case moths but not exactly and everyone was hoping to get one to enclose and see the adult. Well, the other day one that I had collected did just that, solving the mystery. It’s a strange moth called Piestoceros conjunctella. 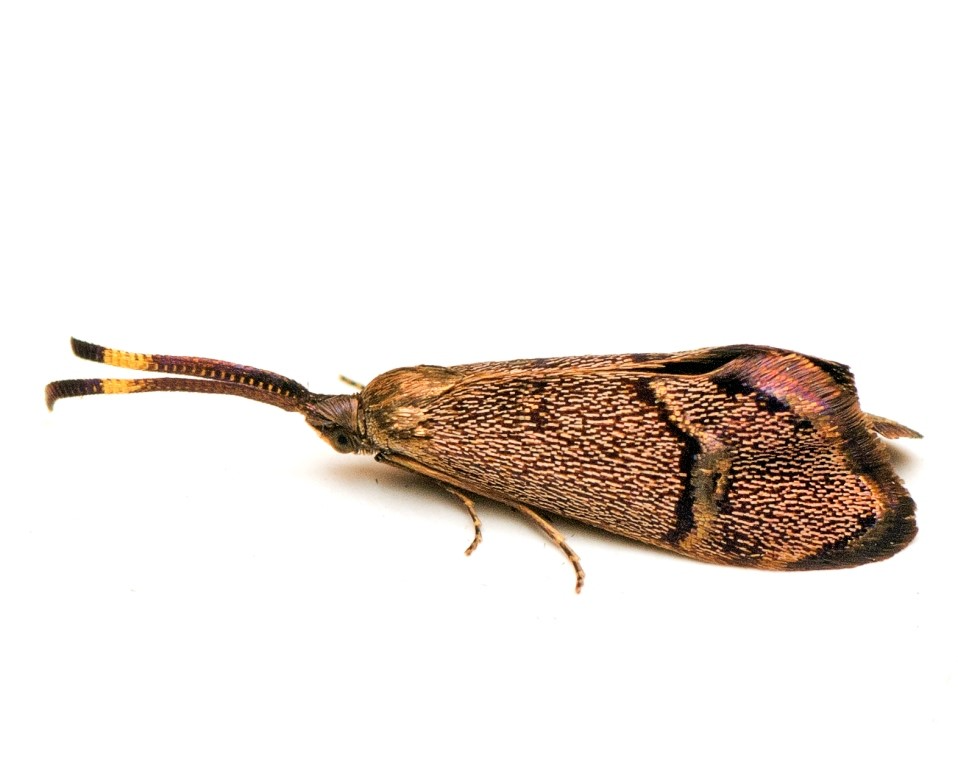 Although as some experts pointed out, there are probably undescribed species that are all currently being lumped under that name. Looking through older resources, there was some debate about whether it was a moth or a caddisfly but the presence of wing scales (which caddisflies do not have) solved that. It’s currently listed in most places as being in the case moth family Psychidae but has been awkwardly shuffled from family to family in the past. The latest research using genetics places it as kin to the genus Heliocosma, but in turn the family relationships of this genus are equally unclear. Anyway it was nice to get an answer to one mystery.
Another nice find was my first Lycid mimicking moth Snellenia lineata. I’m a little bit obsessed with the lycid mimicry complex, having photographed many other beetles that mimic these distasteful beasts. This is my first moth, and now I’m on the lookout for the lycid mimicking fly: 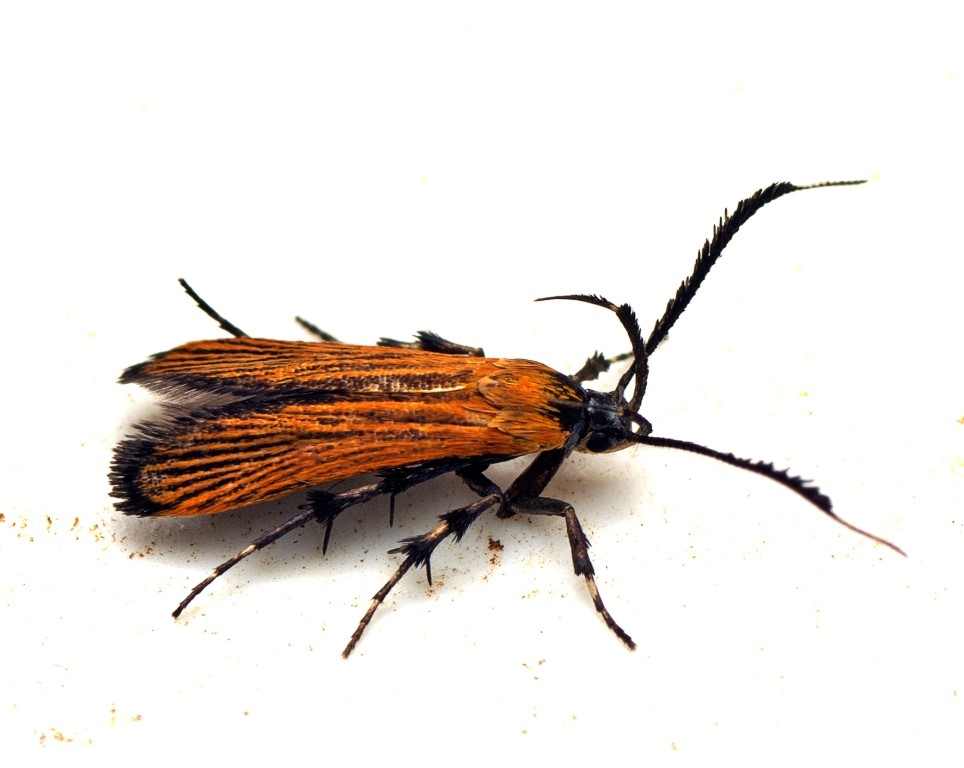 This is one of the beetle models that the moth is mimicking. 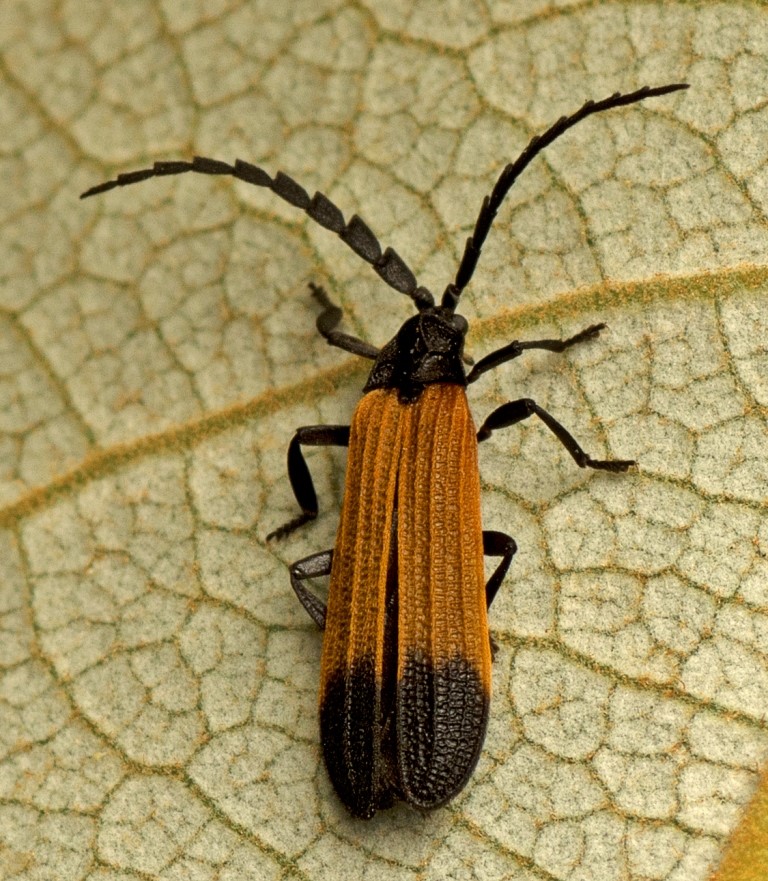 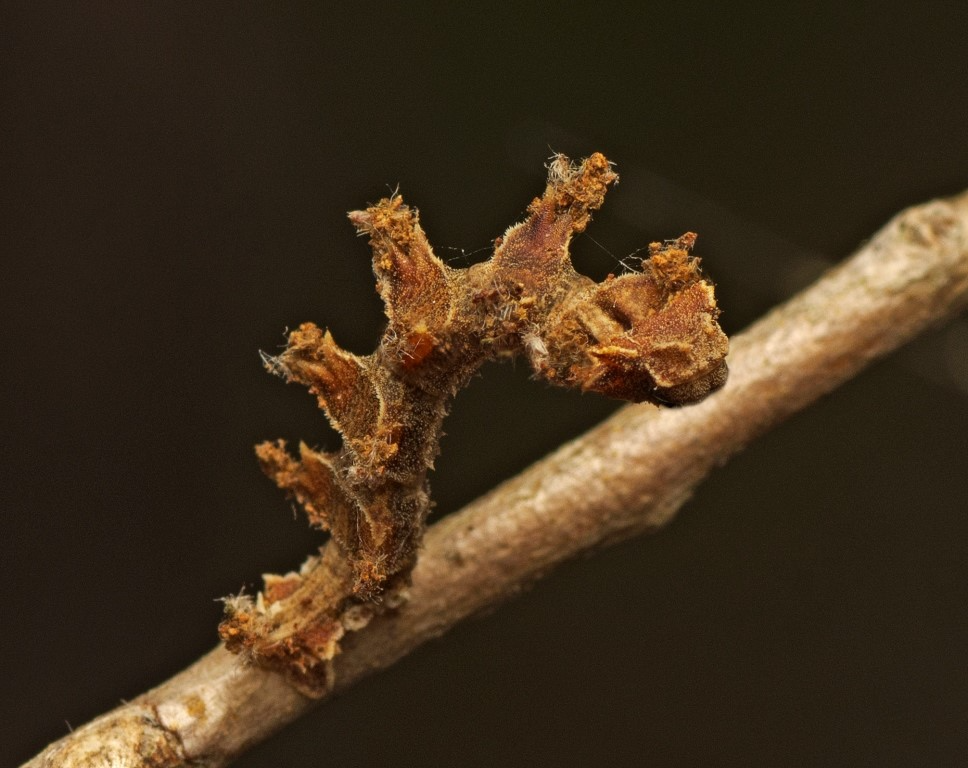 And this well camouflaged geometrid moth caterpillar from the family Ennominae: 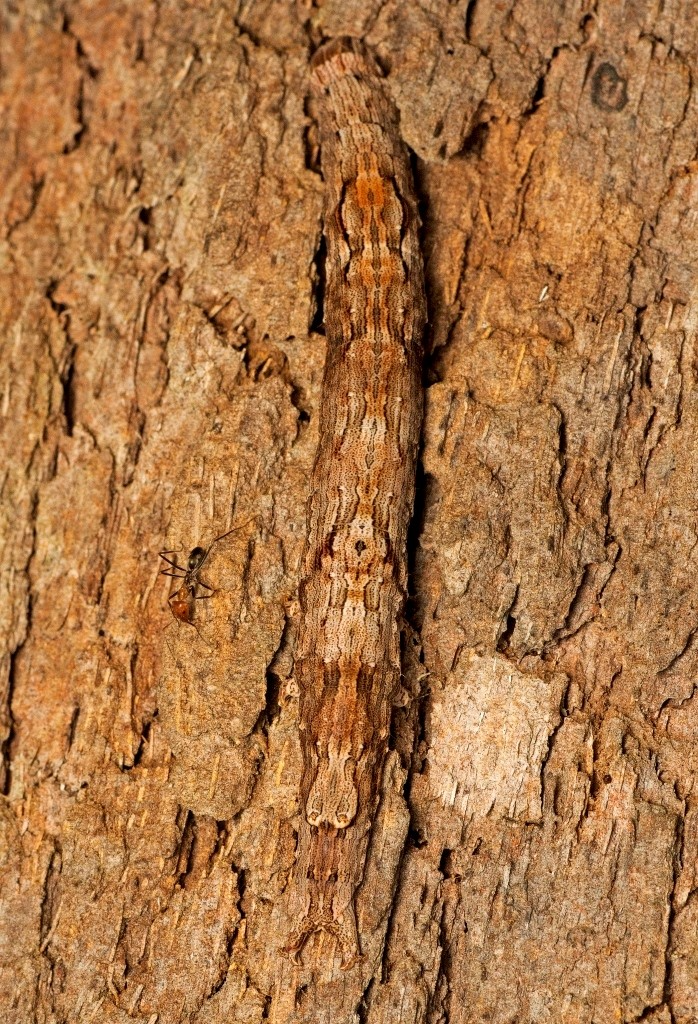 The adult moths in this family are no less well camouflaged: 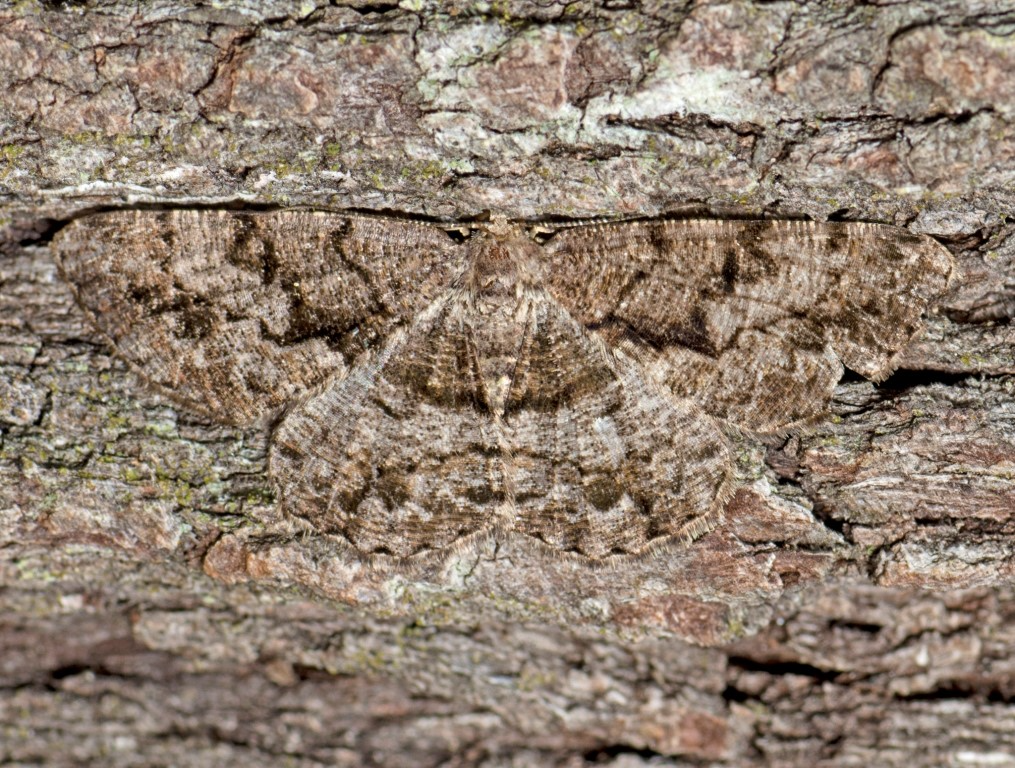 But some caterpillars eschew the camouflage for aposematic colouration like this Antithemerastis acrobela moth that feeds on the plant Trema tomentosa known as Poison Peach: 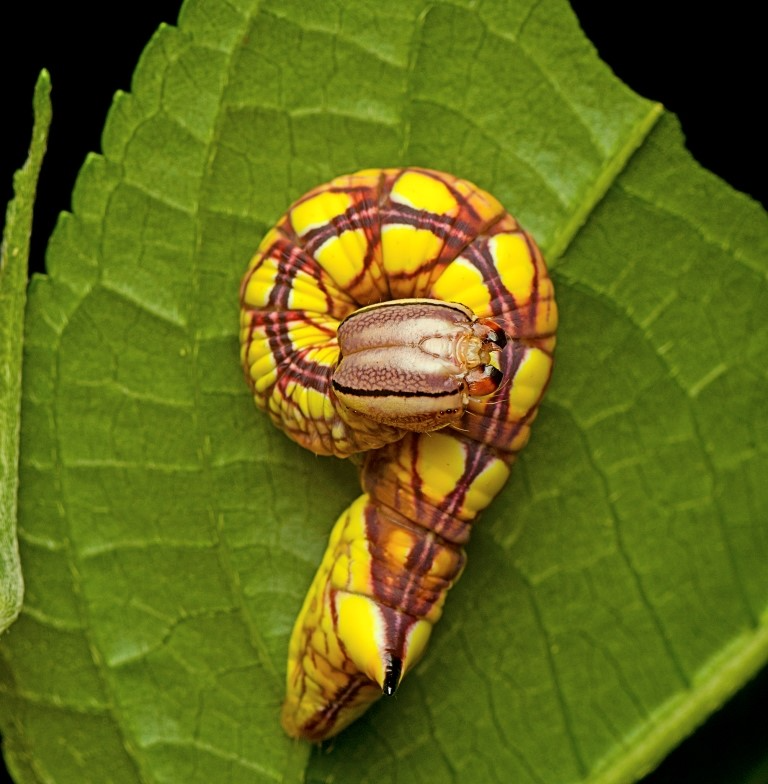 Another moth I really like to find is members of the genus Alucita. They are unusual in not having any membrane between the veins of their wings so they are more like a fan of feathers than usual insect wings.

This one is Alucita phricodes: 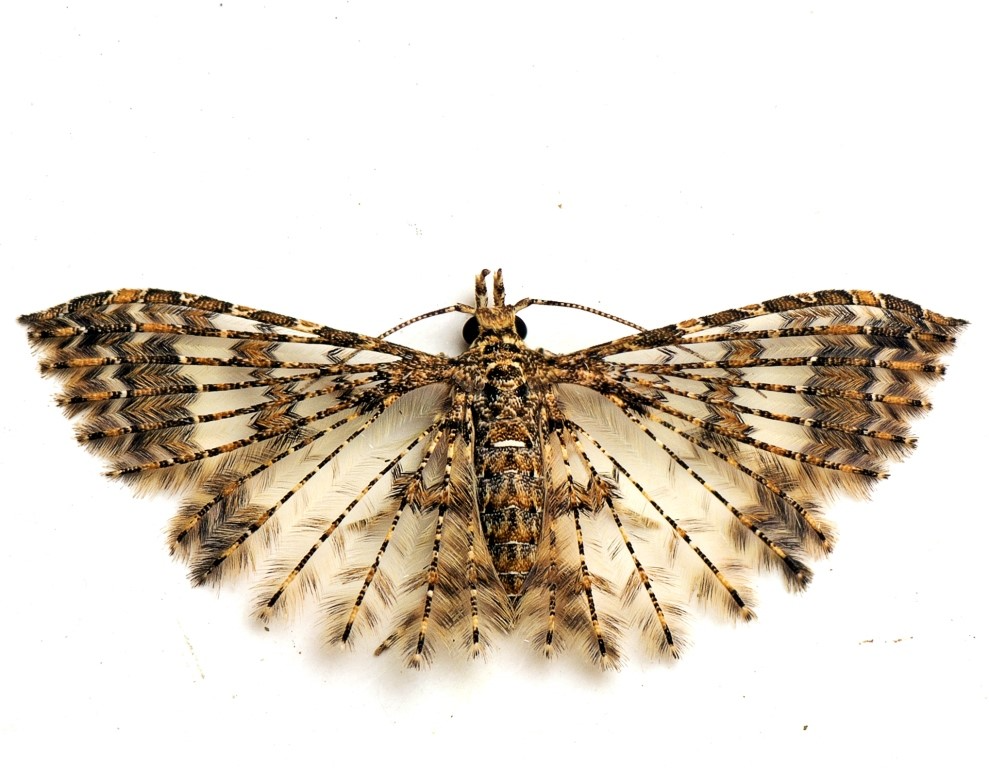 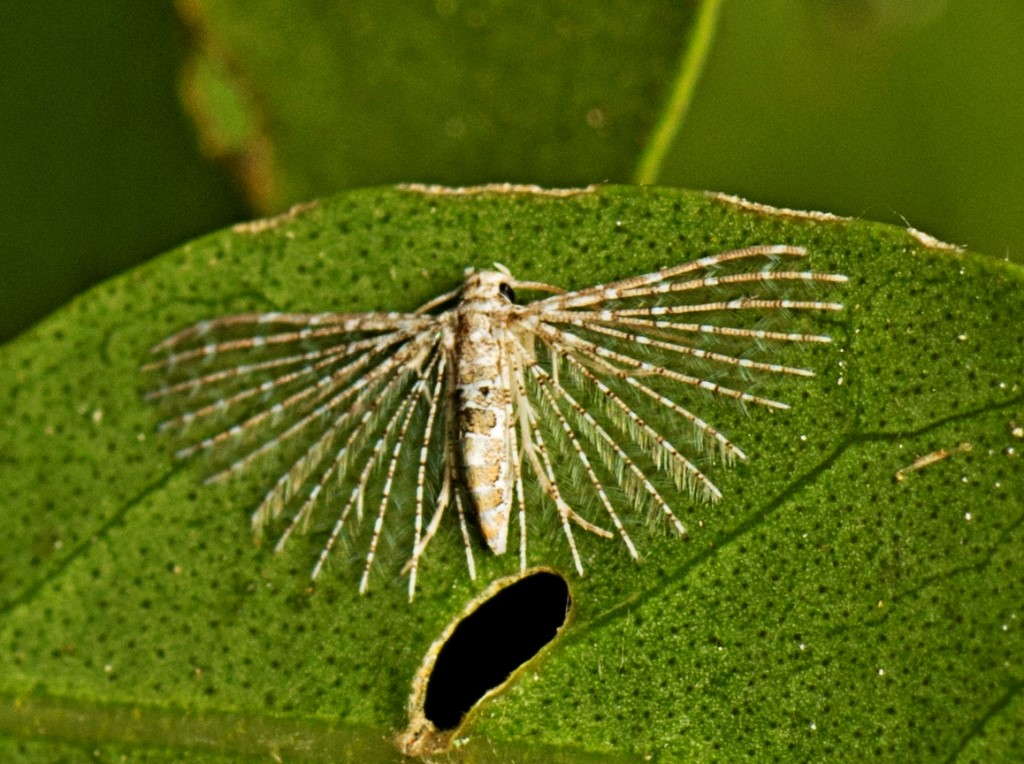