Philosopher and author Julian Baggini, a nonbeliever who wrote the Very Short Introduction to Atheism for Oxford University Press (and about 20 other books), has a nice review in the Wall Street Journal of a new book on cognitive and behavioral autonomy, with a thesis that touches on issues of free will. The book is Freely Determined: What the New Psychology of Self Teaches Us About How to Live, by Kennon M. Sheldon.

You can read Baggini’s review by clicking on the screenshots below; if it’s paywalled, I’ll quote enough to give you the tenor of the piece:

Sheldon himself is a professor of psychological sciences at the University of Missouri in Columbia, and uses the book to push his own pet theory: Self-Determination Theory (SDT). SDT has been around for about fifty years, and is about people’s motivations and self-determination. Sheldon asserts that your wellbeing is higher if you think you are the agent who produces your own actions, and, apparently, that you have the ability to freely will your actions, or to will one of several possible actions. The latter, of course, bears on contracausal (“I-could-have-done-otherwise”) free will.

Mr. Sheldon’s interest in free will is rooted in his work in Self-Determination Theory, which he calls “the world’s most comprehensive and best-supported theory of human motivation.” A core tenet of SDT is that “people need to experience themselves as the causal source and origin of their own behavior rather than feeling controlled and determined by external forces.” When people feel autonomous, they are more content and successful. When they feel they have no control, they become morally cynical. After all, if we’re not in control of what we do, how can we be blamed for wrongdoing?

Most of Mr. Sheldon’s 10 chapters constitute a compelling and clear introduction to what SDT teaches us about nurturing a sense of autonomy. The theory gives us a rich and powerful understanding of motivation—how to harness it and avoid undermining it. Most notably, the theory points to the importance of intrinsic motivation: the desire to do something for its own reward, not for any instrumental benefit.

And indeed, Sheldon may be right: we may do best if we feel that we are deciding our own actions rather than being compelled by the desires of other people or, ultimately, by forces beyond our control.  If you’re a hard determinist, like me (and I think Baggini, though I’m not sure), you realize that we aren’t really able to decide one course of action versus another: that is decided for us by the laws of physics. Still, I have no beef with the idea that we feel better entertaining the notion that we can indeed choose one course rather than another. Indeed, natural selection may have favored, for various reasons that lack the will, time, and space to discuss, the feeling that we are making free choices. But what makes us feel good isn’t necessarily true; we can have our feeling of agency and feel better for it, even if that agency is illusory.

When it comes to the metaphysical realm, Mr. Sheldon’s mistake is to think that SDT and the philosophical denial of ultimate free will are incompatible. That is only true of the most popular, if simplistic, threat to his model of human freedom: the extreme reductionism claiming that reality can be completely described in the language of physics; that consciousness is just the humming of the neural machine; and that everything is strictly predetermined.

Mr. Sheldon sees off this crude challenge with skill and clarity. A key to his argument is the idea of a “grand hierarchy of human reality”—a scale of human understanding and its modes, from micro to macro. Physics sits at the bottom, with the sciences of chemistry, microbiology and neuroscience stacked above it. Every time you ascend a level you encounter reality at a different order of organization. As Mr. Sheldon writes: “There is a kind of ‘functional autonomy’ at each new level, which builds upon what is given below. This means that each new level affects the world in a way that is partially independent of the levels below.”

Ascend the hierarchy further and you get to the social sciences: varieties of psychology, sociology and anthropology. (He might have added philosophy.) You can’t understand human societies, he observes, without reference to their values, or human actions without desires and intentions. The reductionist assumption—that thoughts and feelings are causally inert—is invalid.

The issue is that evoking “reductionism” doesn’t touch the issue of libertarian free will. A “grand hierarchy” must still show that each level is compatible with the one below it, even if it couldn’t be predicted from the one below it. And at the bottom sit the hard laws of physics, which ramify upwards to produce psychology and anthropology. Just because you can’t predict how human societies work from the laws of physics doesn’t mean that those societies aren’t the ineluctable results of the laws of physics. It’s a fundamental error to deny reductionism just because we can’t predict how phenomena ramify. What would overturn reductionism is the observation that new phenomena arise at higher levels that aren’t COMPATIBLE with what’s going on at lower levels. And to a determinist, this just doesn’t happen.

And so, argues Baggini—and I agree—this palaver about the benefits of feeling empowered to decide (which is a real feeling and may be beneficial), combined with the denial of reductionism, leads Baggini not just to reject libertarian free will, but to ignore it completely.

This is all persuasive, but it leaves the deeper metaphysical problem of free will untouched. Human beings may make choices that are not predictable or even completely determined. [JAC: I presume that Baggini’s referring here to a fundamental indeterminacy, as far as we know, of quantum mechanics.] The hard question of free will is whether, at the time of making a choice, we could have done otherwise (leaving aside randomness or chance). The most popular position in philosophy today is compatibilism: It says that, although we can’t do other than what we do, we still have a valuable form of free will that allows us to maintain ideas of autonomy, control, responsibility and blame. In short, we may not be as free as we think we are, but we are free enough.

In “Freely Determined,” compatibilism doesn’t get a single mention. Instead Mr. Sheldon leans heavily on a recent book by Christian List (“Why Free Will Is Real”) in which it is argued that free will requires three capacities: considering the possibilities for action; forming an intention; and acting on a chosen possibility. But whereas Mr. List delves into the complexities behind these seemingly simple check-boxes, Mr. Sheldon merely helps himself to the comforting conclusion that, since human beings possess all three capacities, we are free.

In the end, Baggini recommends the book but criticizes the author for eluding a truth that really bothers people: our inability to decide or behave other than the way we do:

Fortunately, what Mr. Sheldon has to tell us about motivation and human action remains valuable, however we resolve the philosophical problem of free will. Readers will get a lot out of his book—as long as they recognize that it doesn’t so much solve the problem as deftly swerve around it.

Ironically, what first got me thinking about determism, and ultimately rejecting contracausal free will, was a paper by biochemist Anthony Cashmore in PNAS, written as a freebie when he was elected to the National Academy of Sciences. I think it’s well worth reading, and it has the word “swerve” in it, referring to the Lucretian swerve. Read “The Lucretian swerve: The biological basis of human behavior and the criminal justice system.” (It’s free online.) 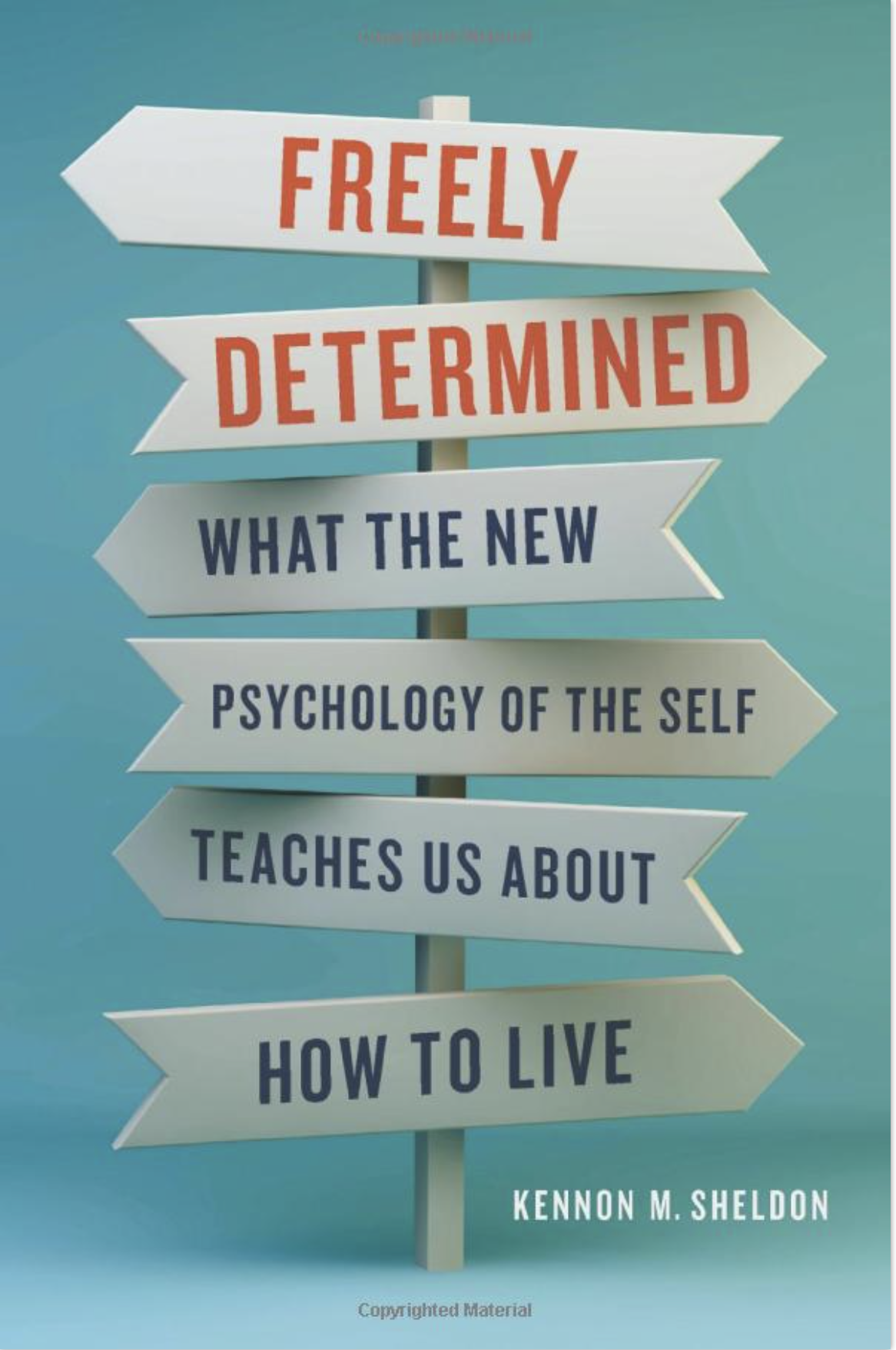