Today’s photos come from physicist and origami master Robert Lang, taken from his home office in California. Robert’s captions and ID’s are indented, and you can click on the photos to enlarge them.

These birds are a good demonstration of a biological “rule”, which has some exceptions: if one sex in a species is more colorful, decorated, or prone to display or call than the other sex, or to fight with other members of the sex for reproductive access to the other sex the pugnacious or elaborate sex is male. That is, of course the result of sexual selection. (As I said, there are some exceptions, like seahorses and pipefish, but given their reproductive system [look it up], they’re really exceptions that prove the rule.)

These photos were taken from my office desk looking out the window to the back garden, which has a small fountain. It attracts a lot of birds (as well as the occasional bobcat, coyote, and bear). In this batch, I’ll show some birds which differ markedly in coloration between the male and female of the species. 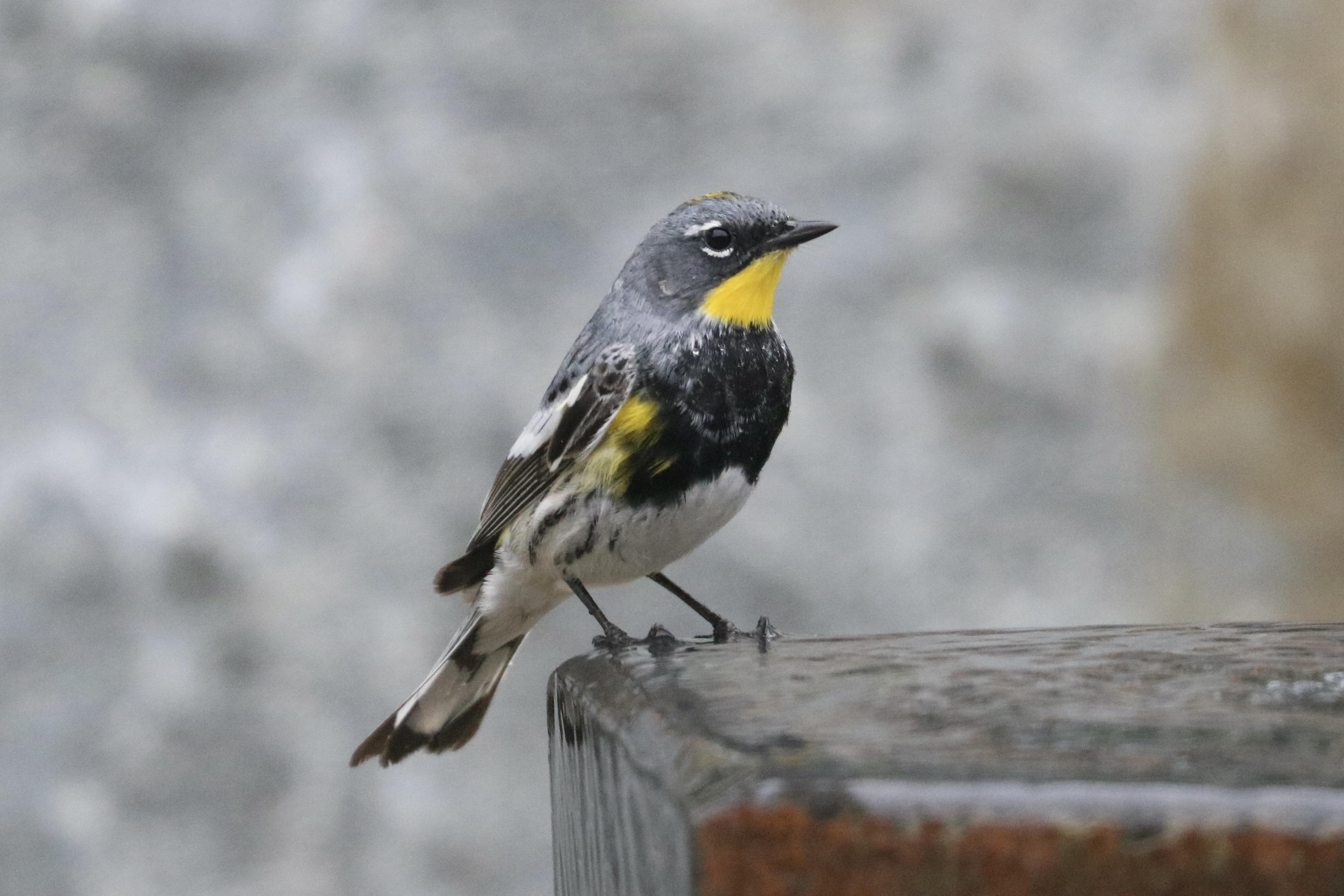 The female has a lot more yellow on her; here you see them together: 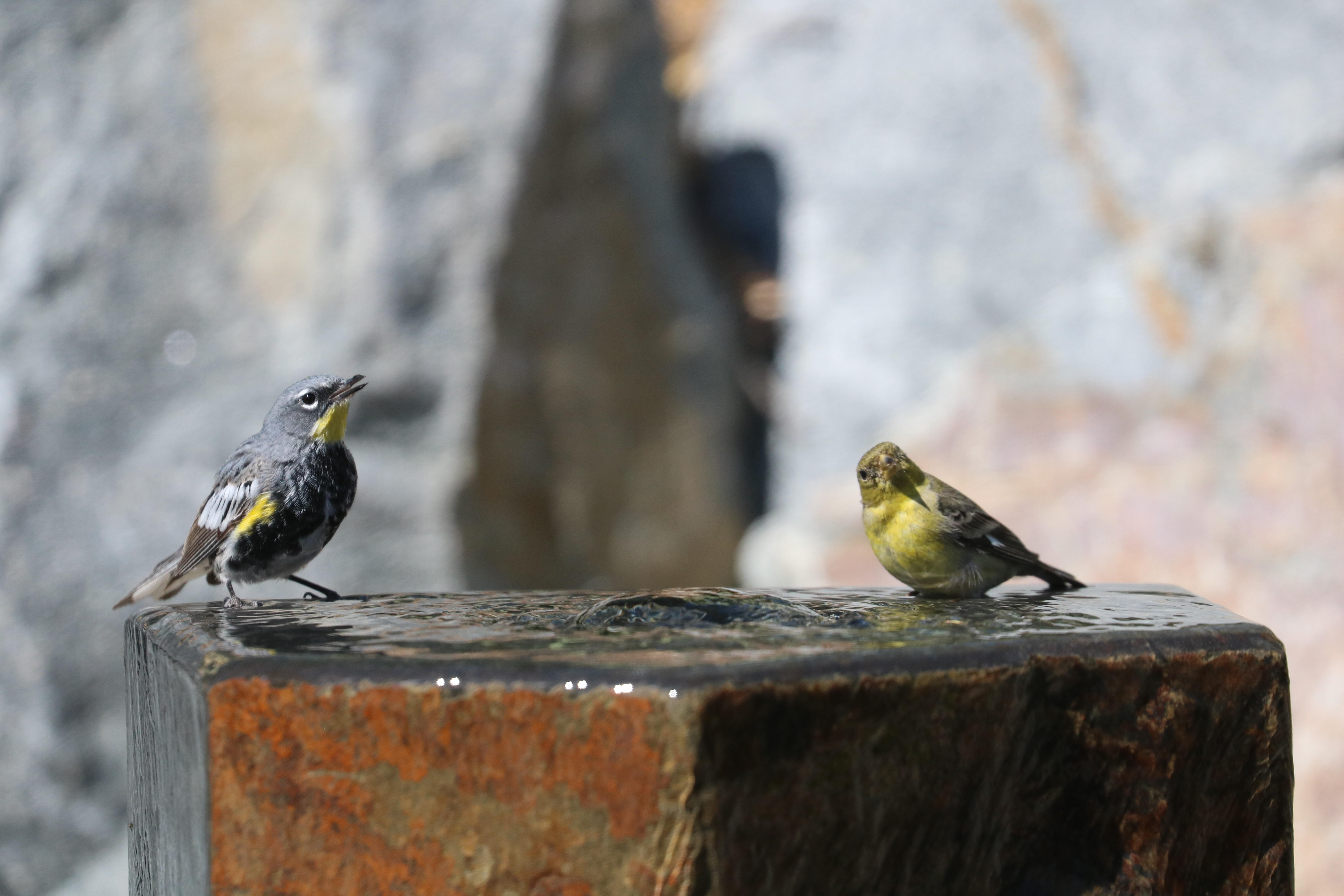 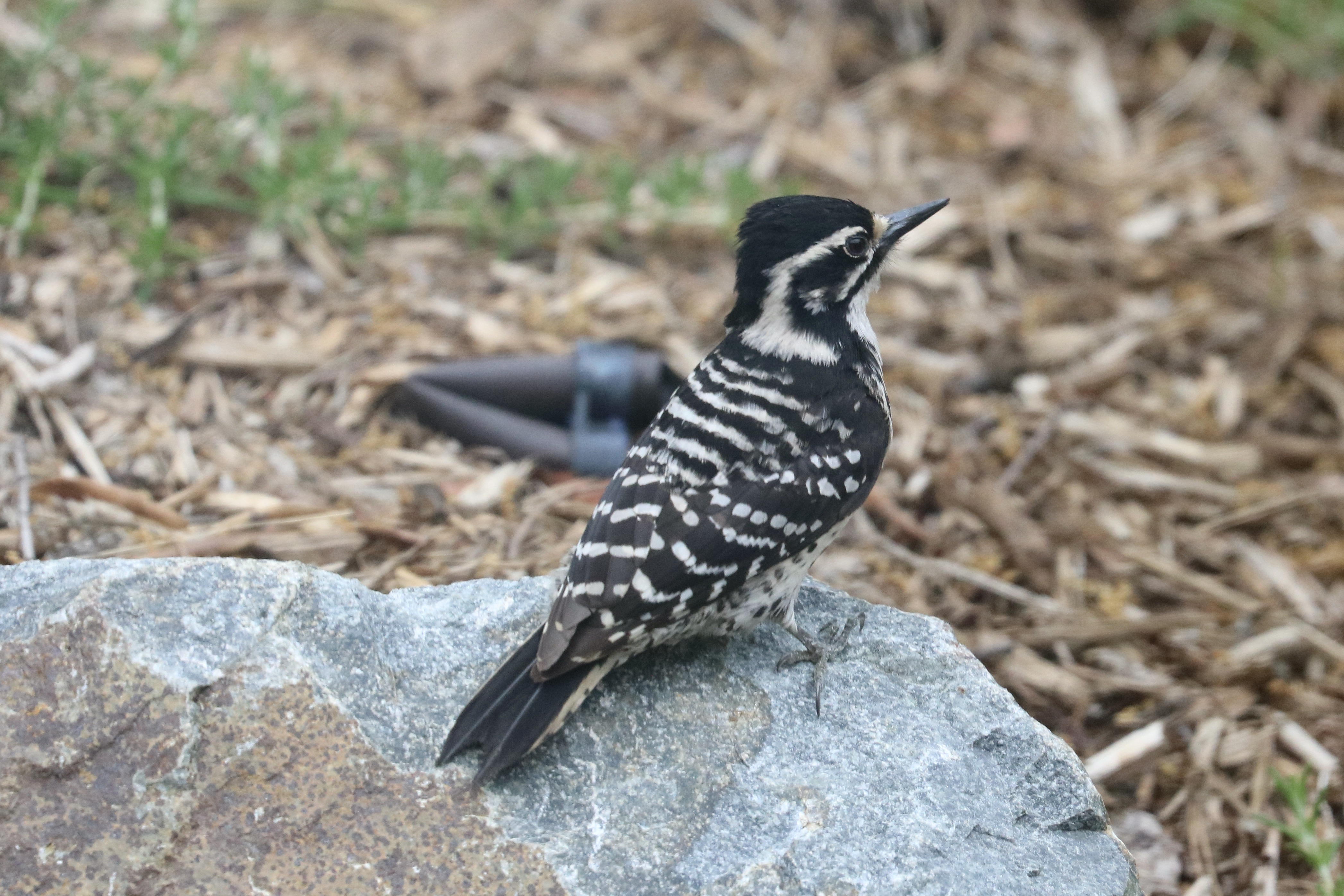 And then the male, with a red patch on the head: 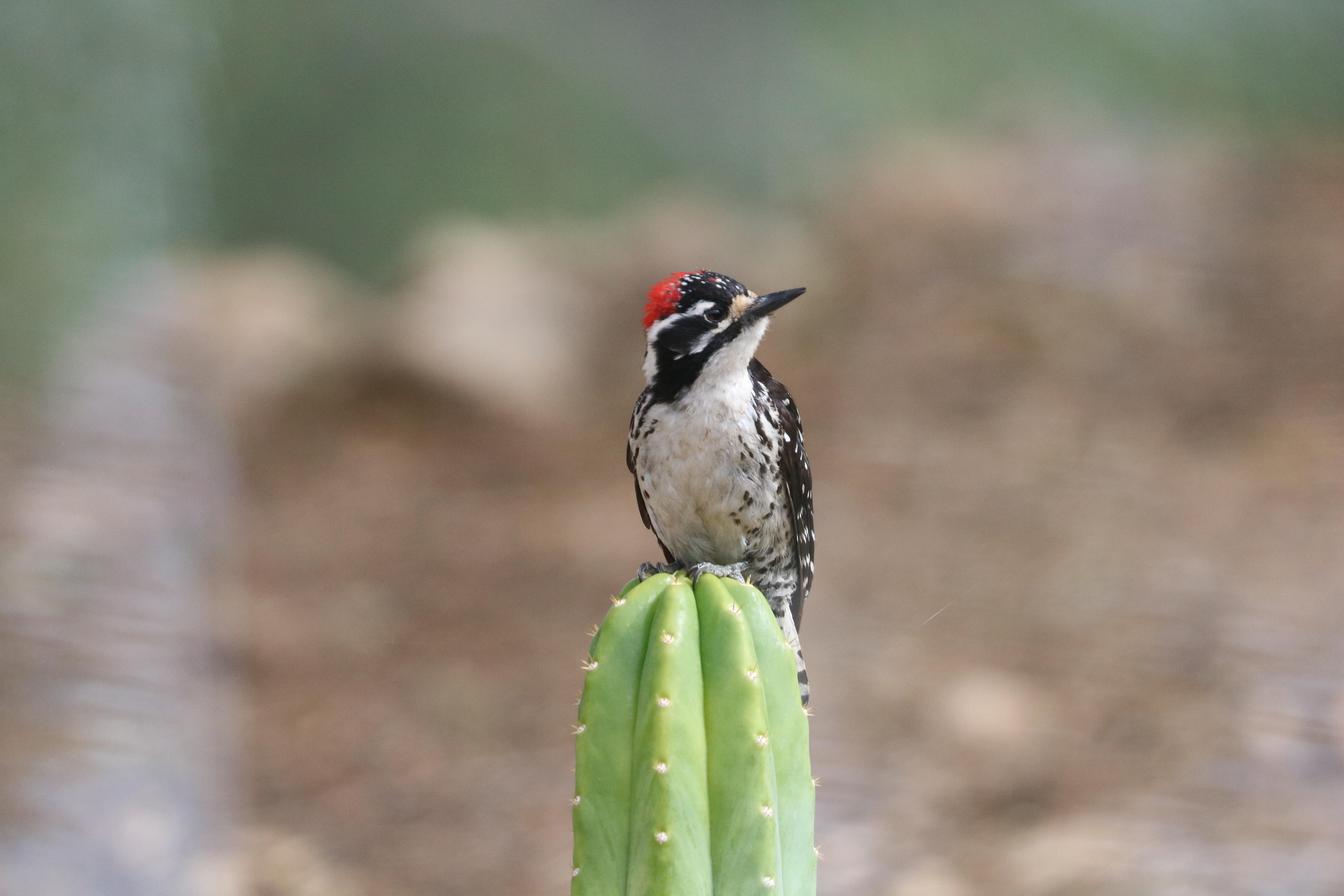 Next, a Black-headed Grosbeak (Pheucticus melanocephalus). Lots of orange on the male: 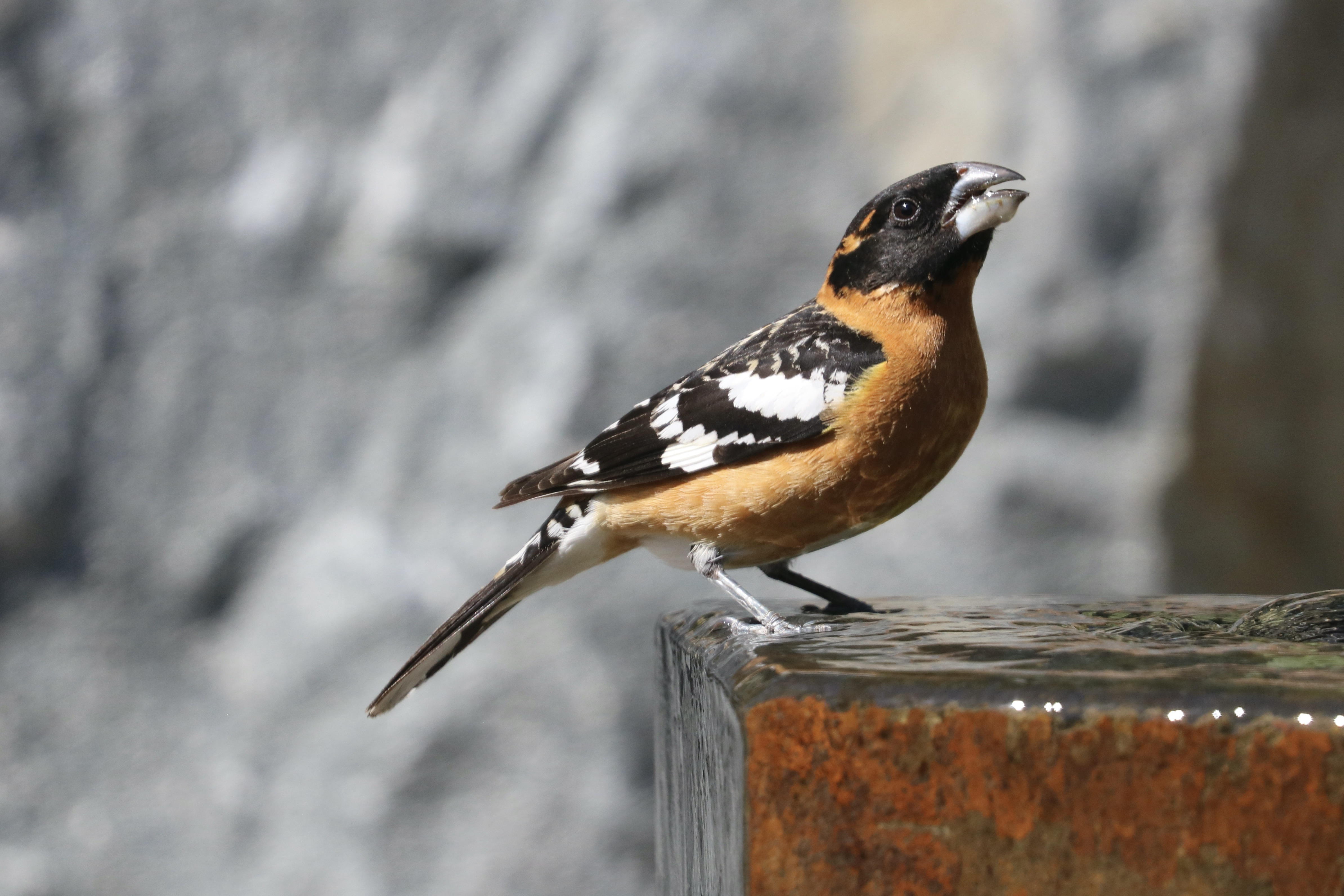 But a much more subdued female: 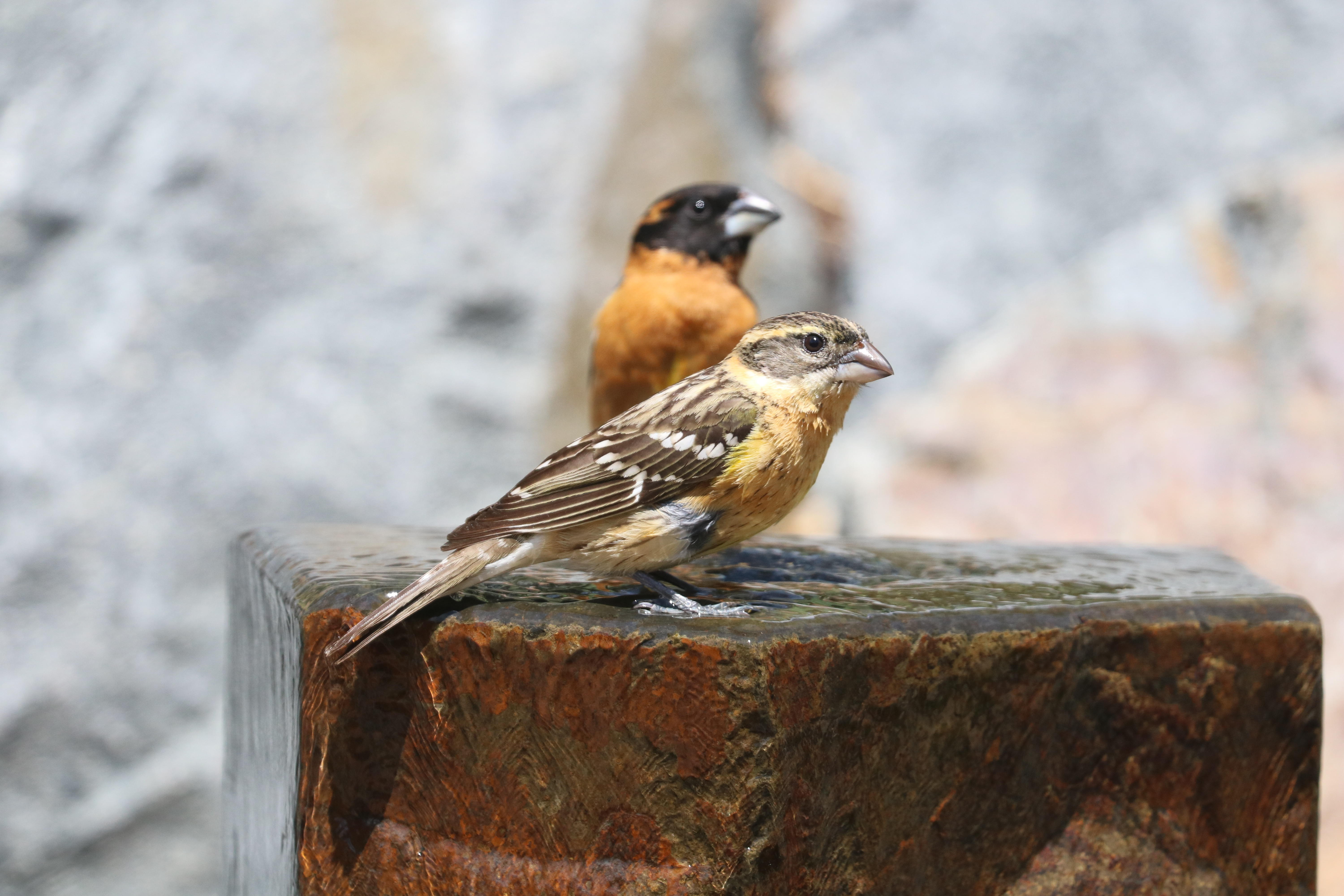 Then, one of my favorite visiting birds: the Hooded Oriole (Icterus cucullatus). Its brilliant yellow makes me think of something tropical, rather than the near-desert of Southern California: 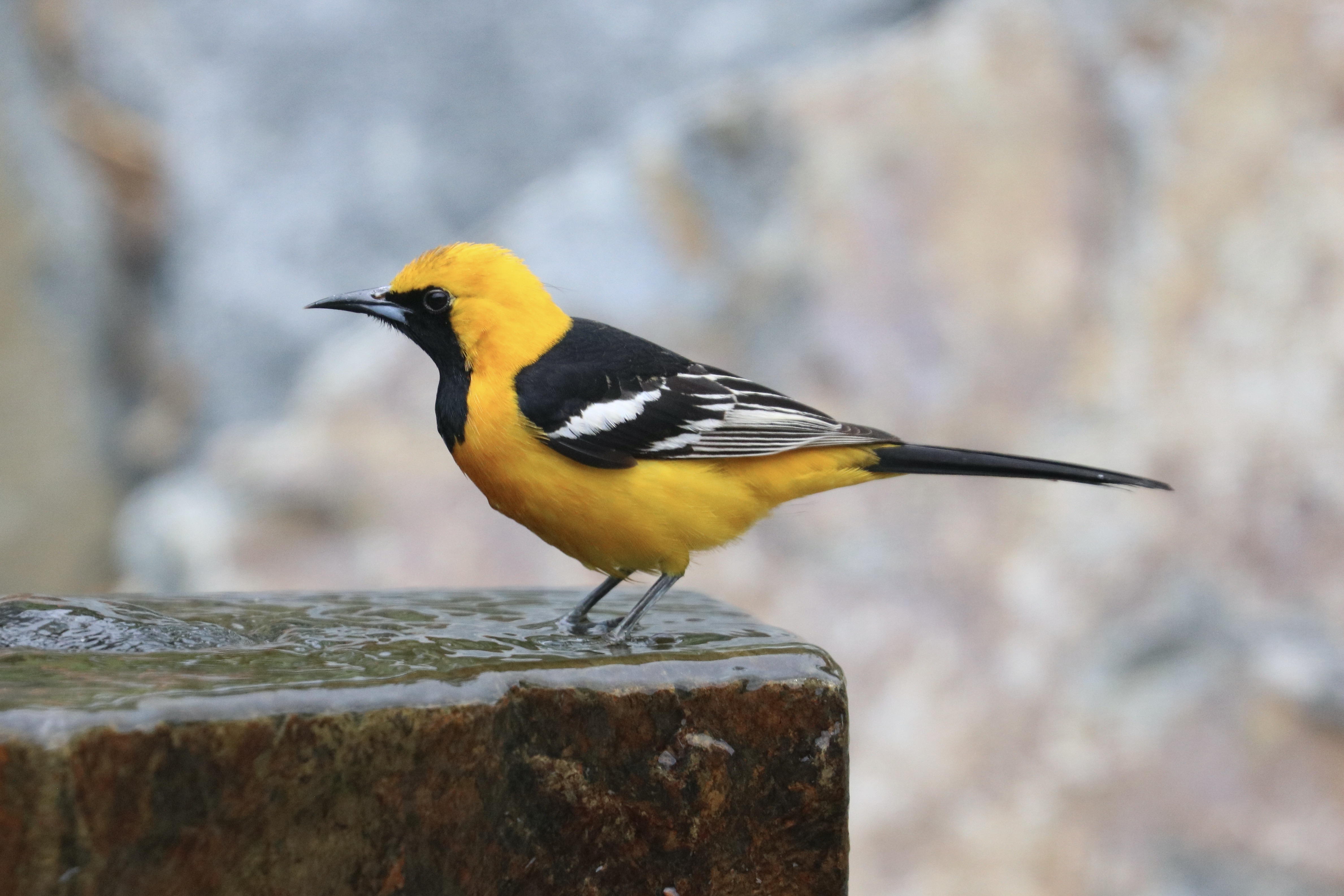 And, once again, the female has more subdued coloration: 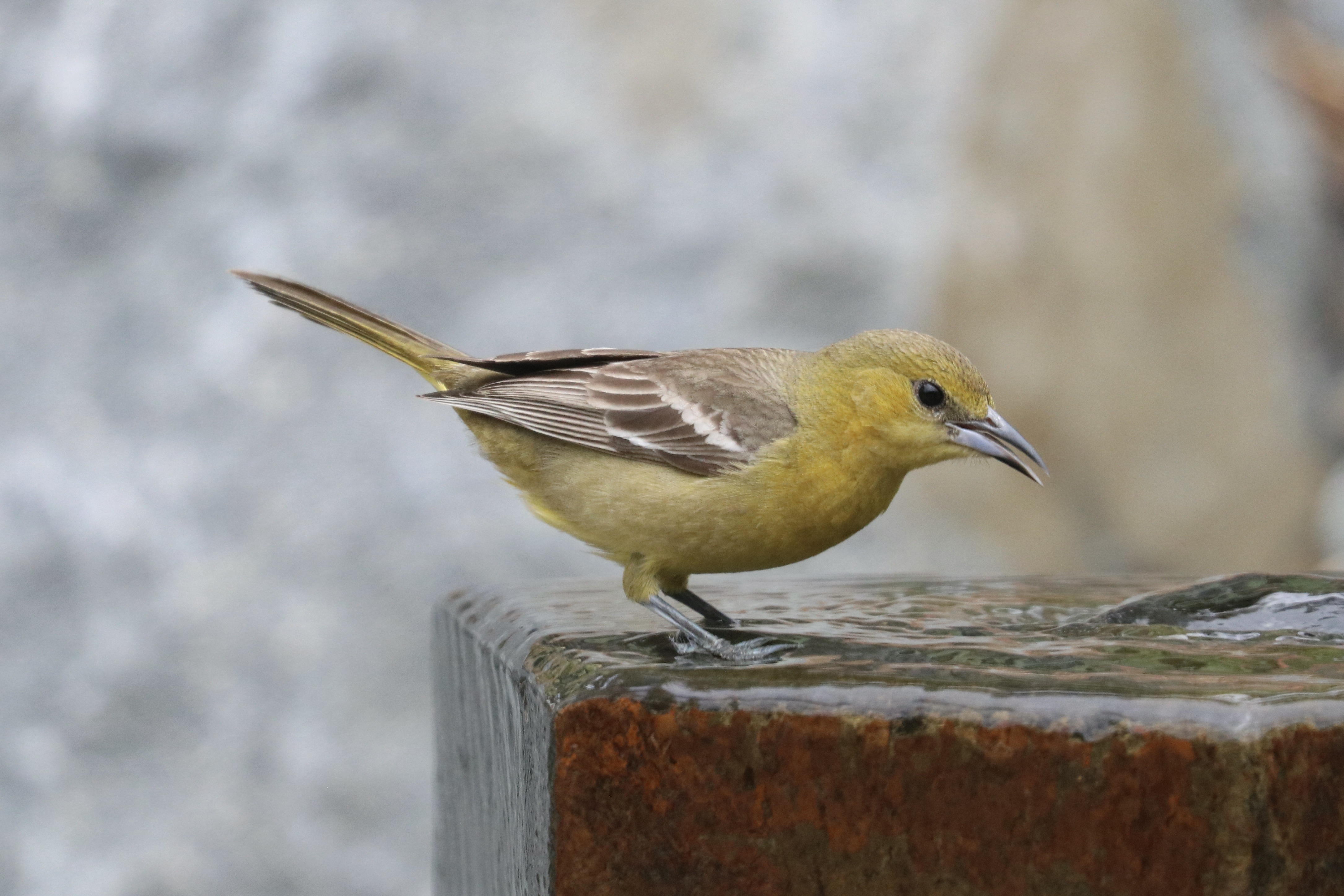 I’ll close with two visiting couples: House Finches (Haemorhous mexicanus) and Hooded Orioles, both male and female of each on the fountain: 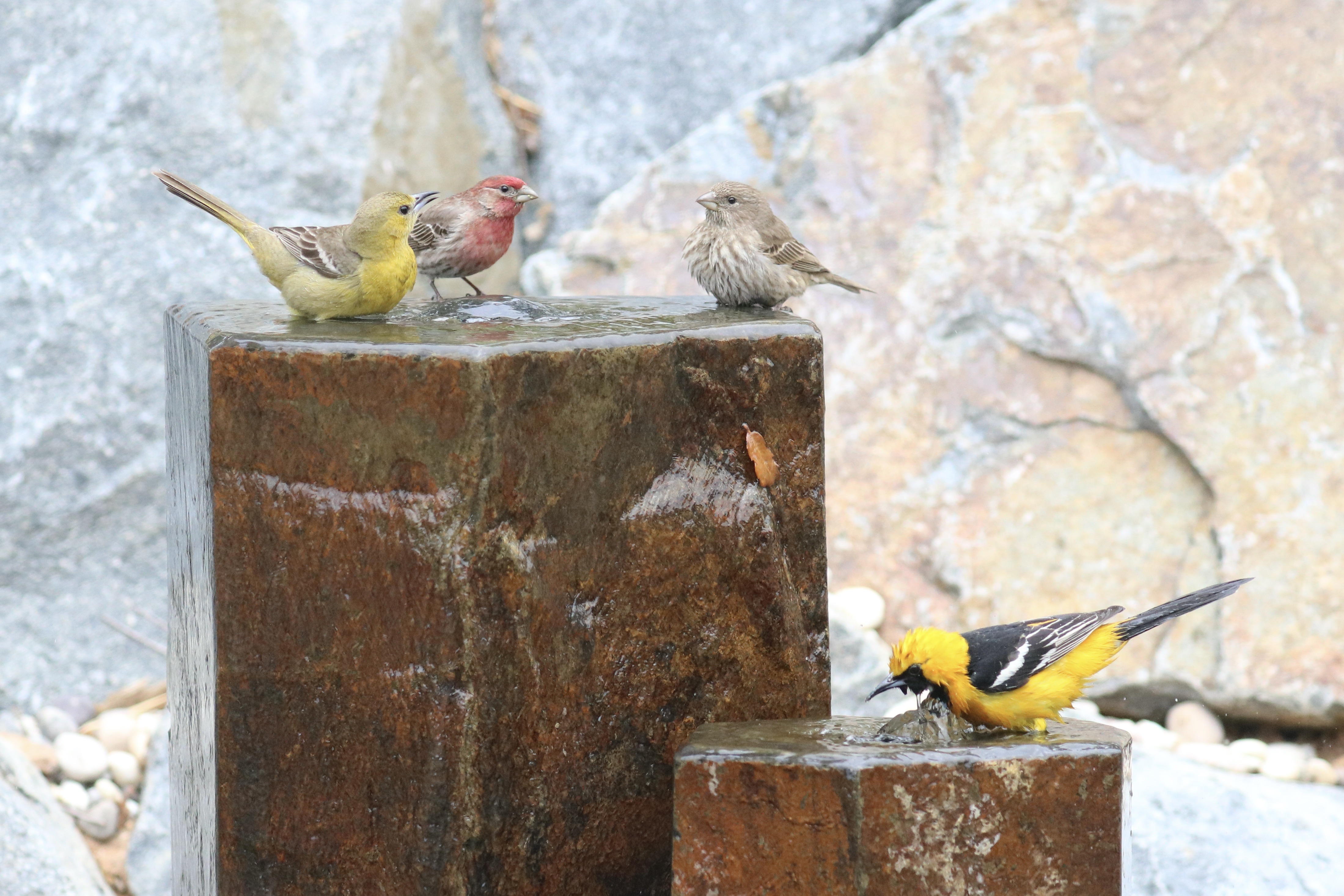 I couldn’t resist putting up a short video of Robert’s origami work. Remember, each figure is made from a single sheet of paper. And check out his folded American flag on his Wikipedia page!

And a duck he folded for me!: 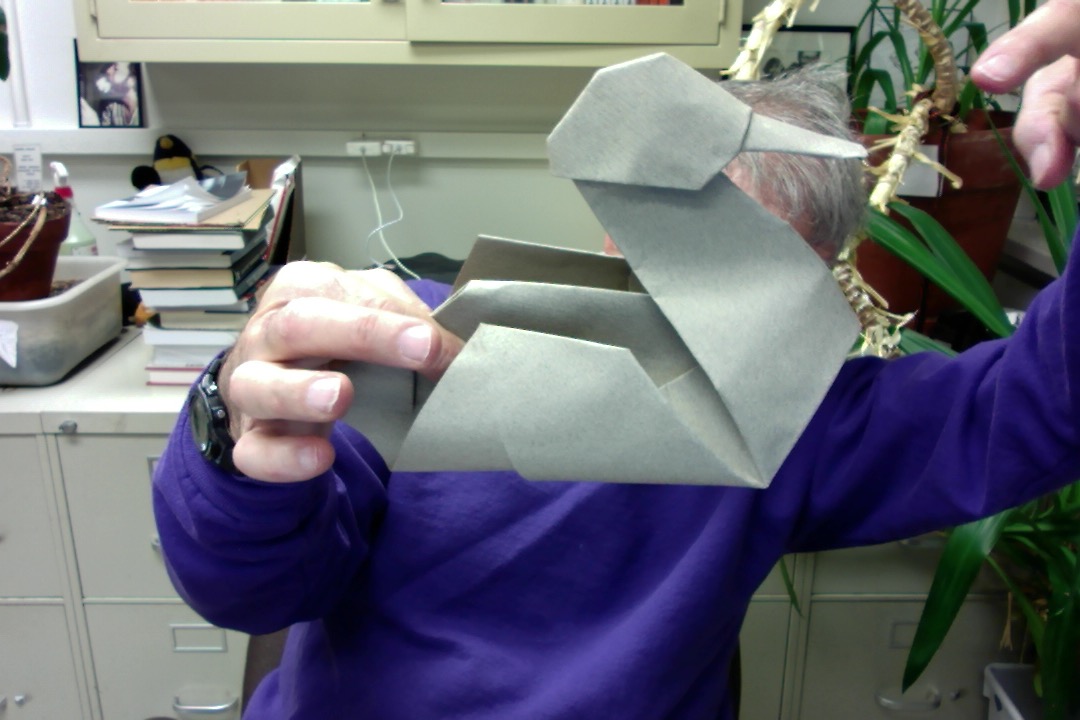