Don’t forget to send in your photos!

It’s Sunday, and that means a spate of themed bird photos from John Avise. It’s also a special day, for it’s the 150th straight weekly contribution from John. I can’t believe it’s been three years! Anyway, plaudits to Dr. Avise for his contribution and swell photos: he tells me he has plenty more. John’s narrative and captions are indented, and you can enlarge the photos by clicking on them.

During the breeding season, egrets (in the family Ardeidae) grow special plume feathers that cascade down from the back, breast, head, and neck.  In the late 19th and early 20th centuries, hunters killed egrets by the thousands to supply these plume feathers for fashionable women’s hats. So serious was this depredation that some Egret species were driven to the brink of extinction.

But, thankfully, both protective legislation (notably the 1918 migratory Bird Act Treaty) and changing fashions rescued these special birds just before it was too late.  Today, the happy result is that these spectacular creatures remain quite common for us to marvel at.  This week’s post shows the full breeding plumages of two egret species that had been especially sought-after by the old millinery industry: the Snowy Egret (Egretta thula) and the Great Egret (Ardea alba).  I took all of these photographs here in Southern California. 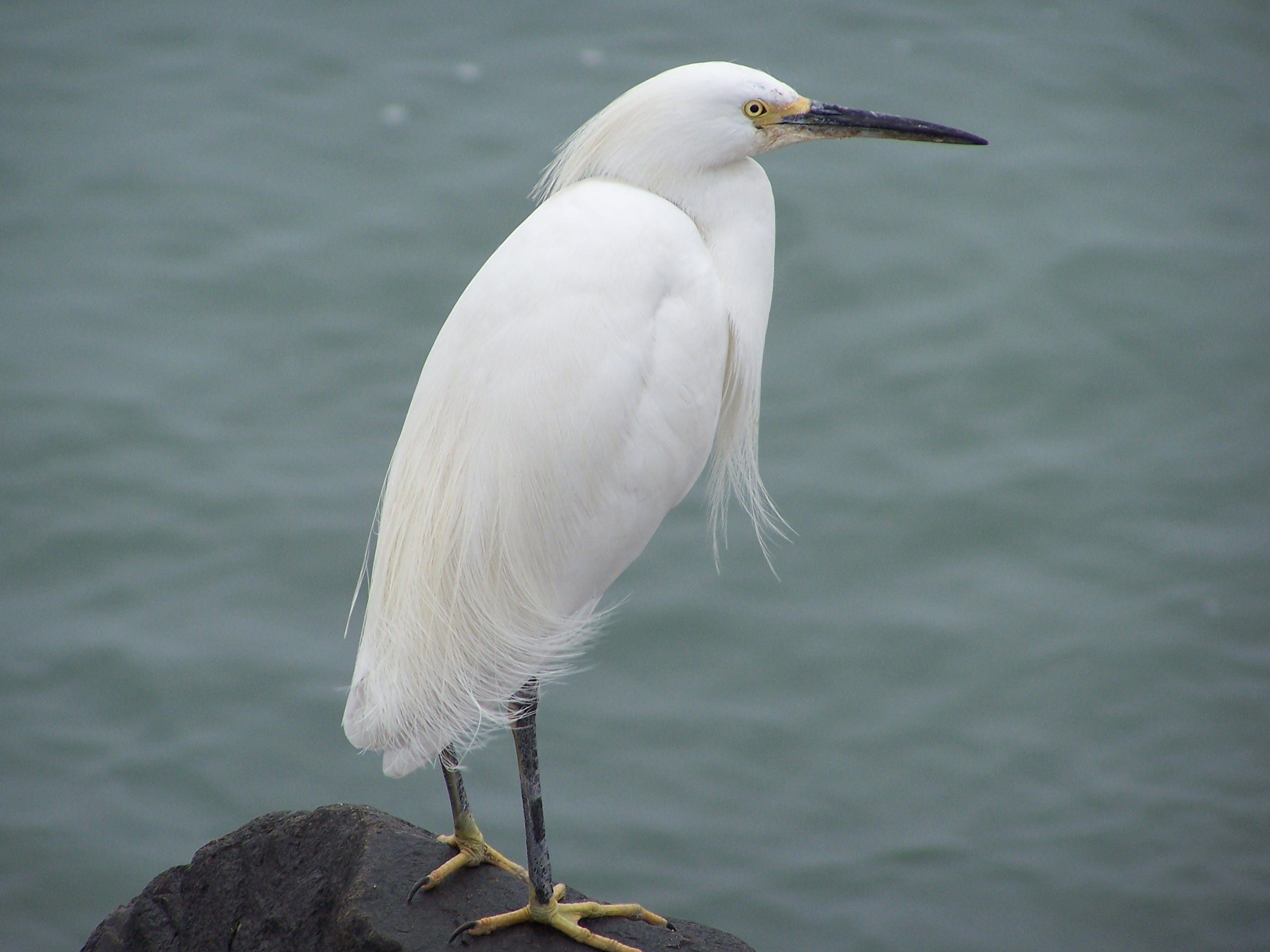 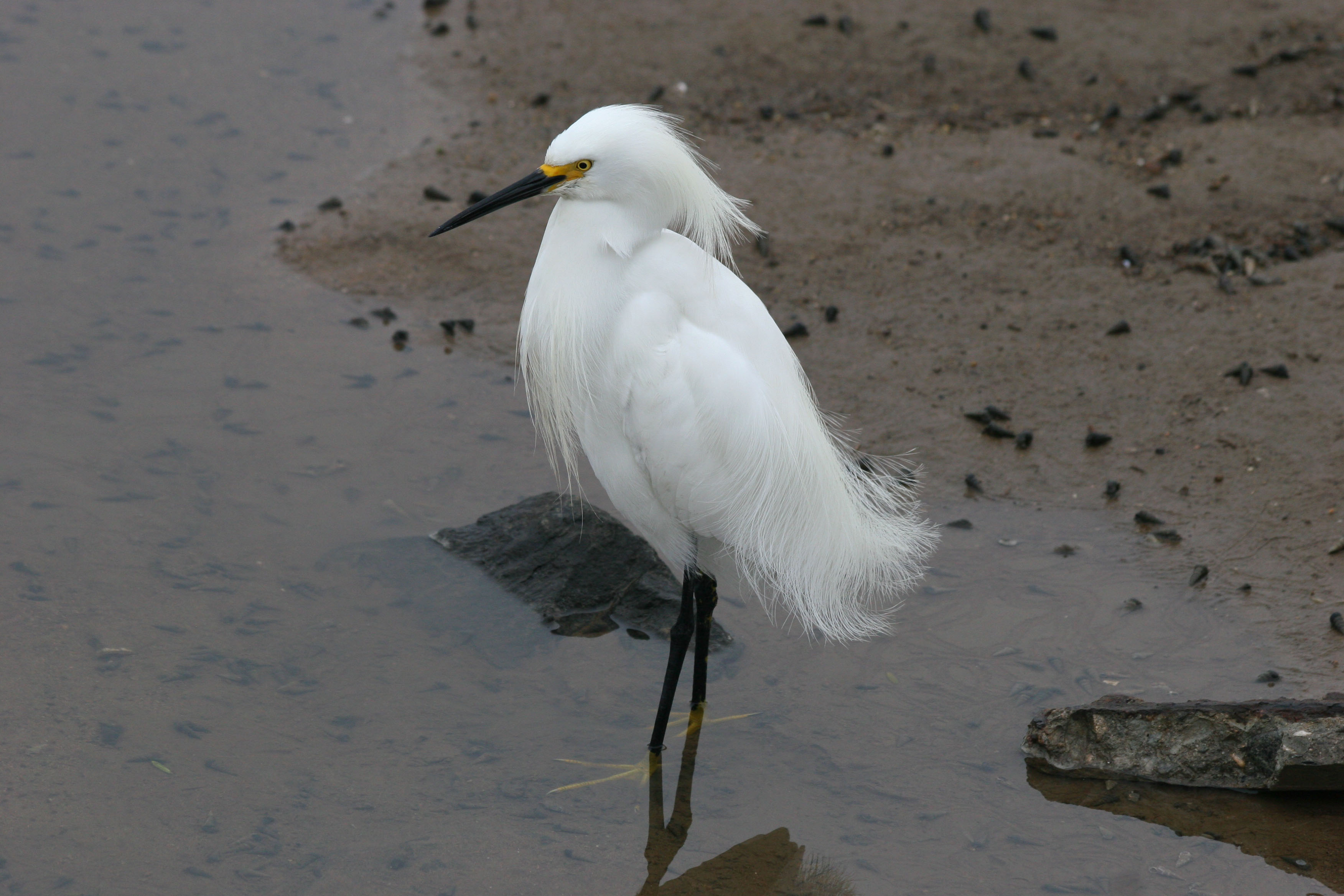 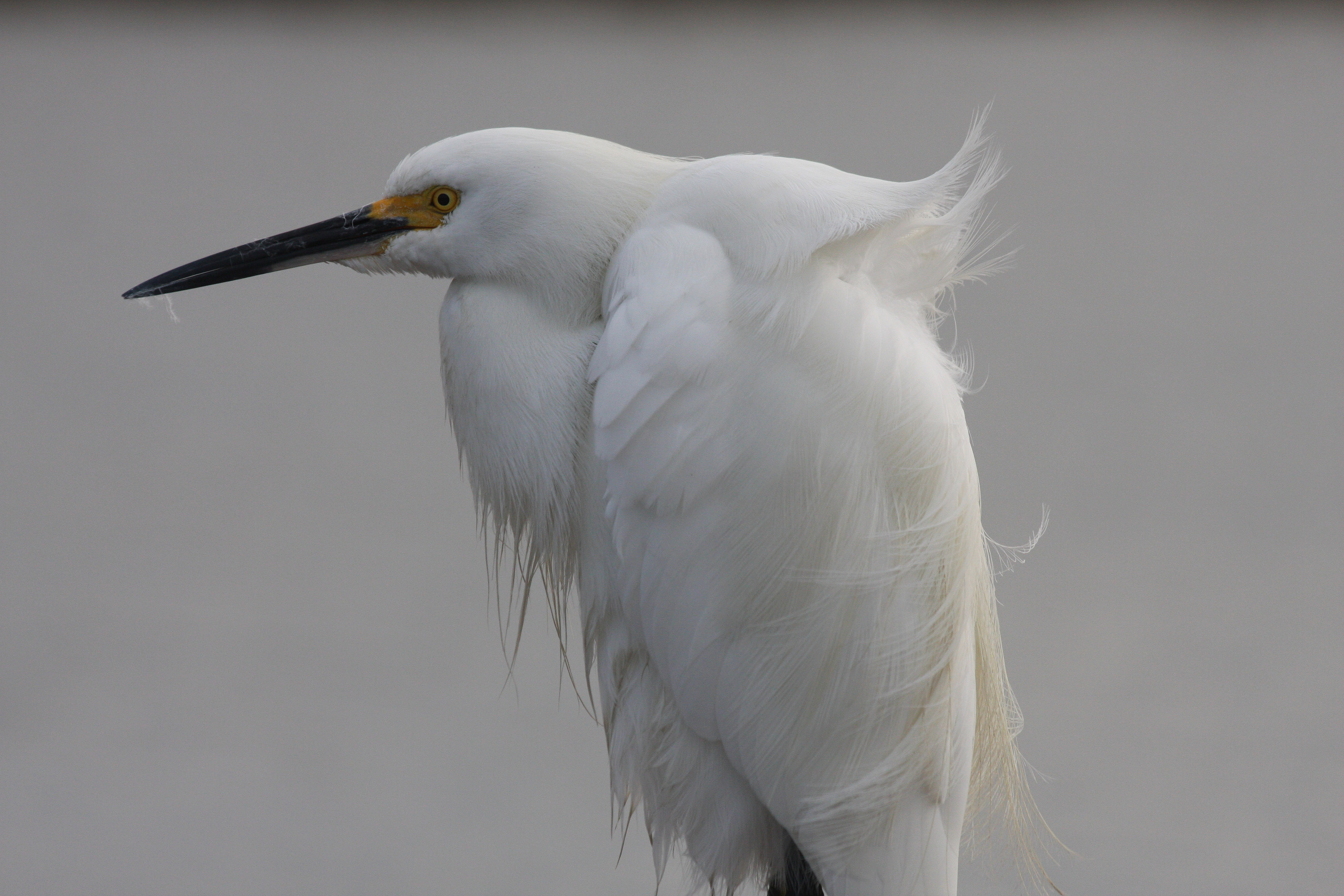 Snowy egret and its shadow: 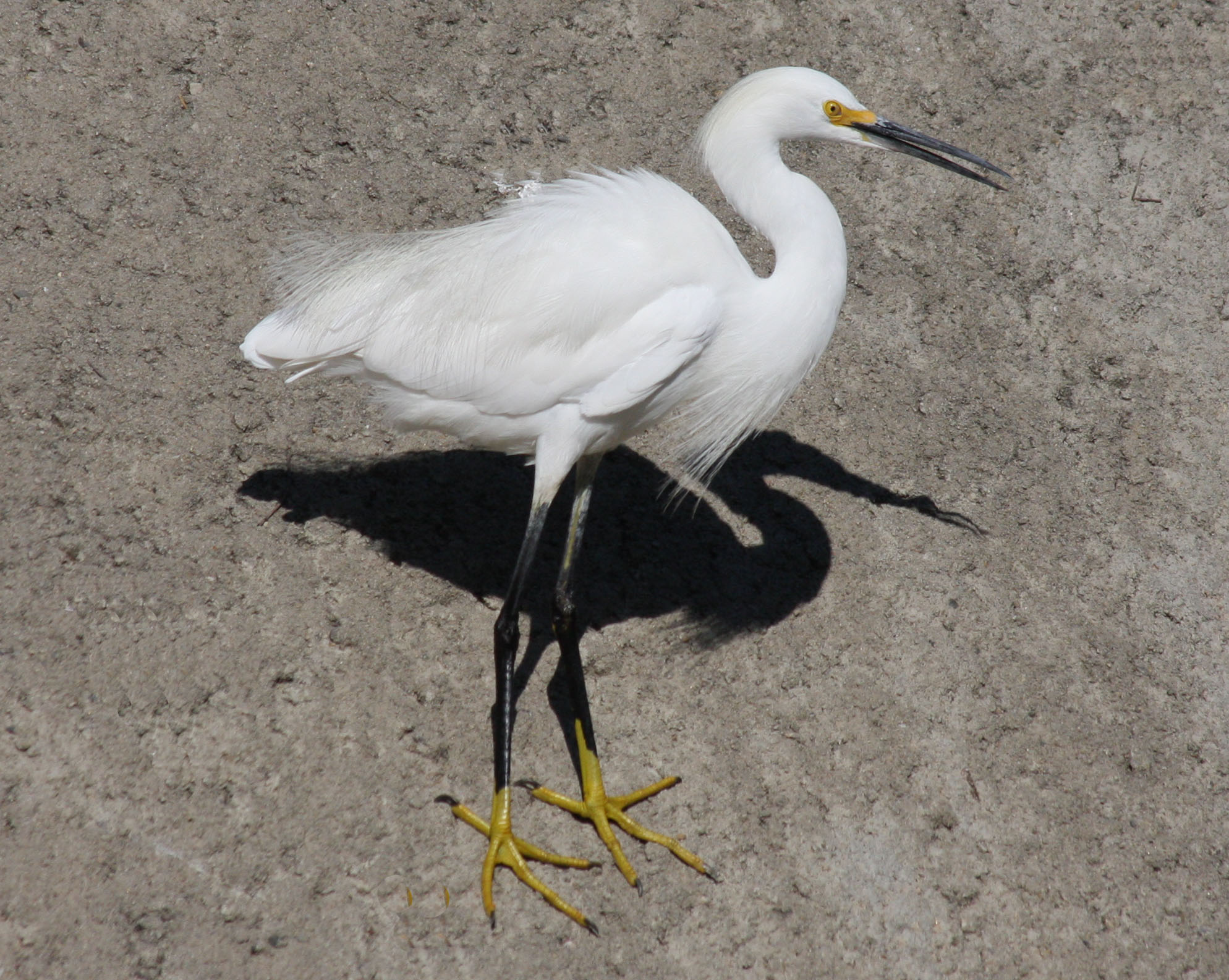 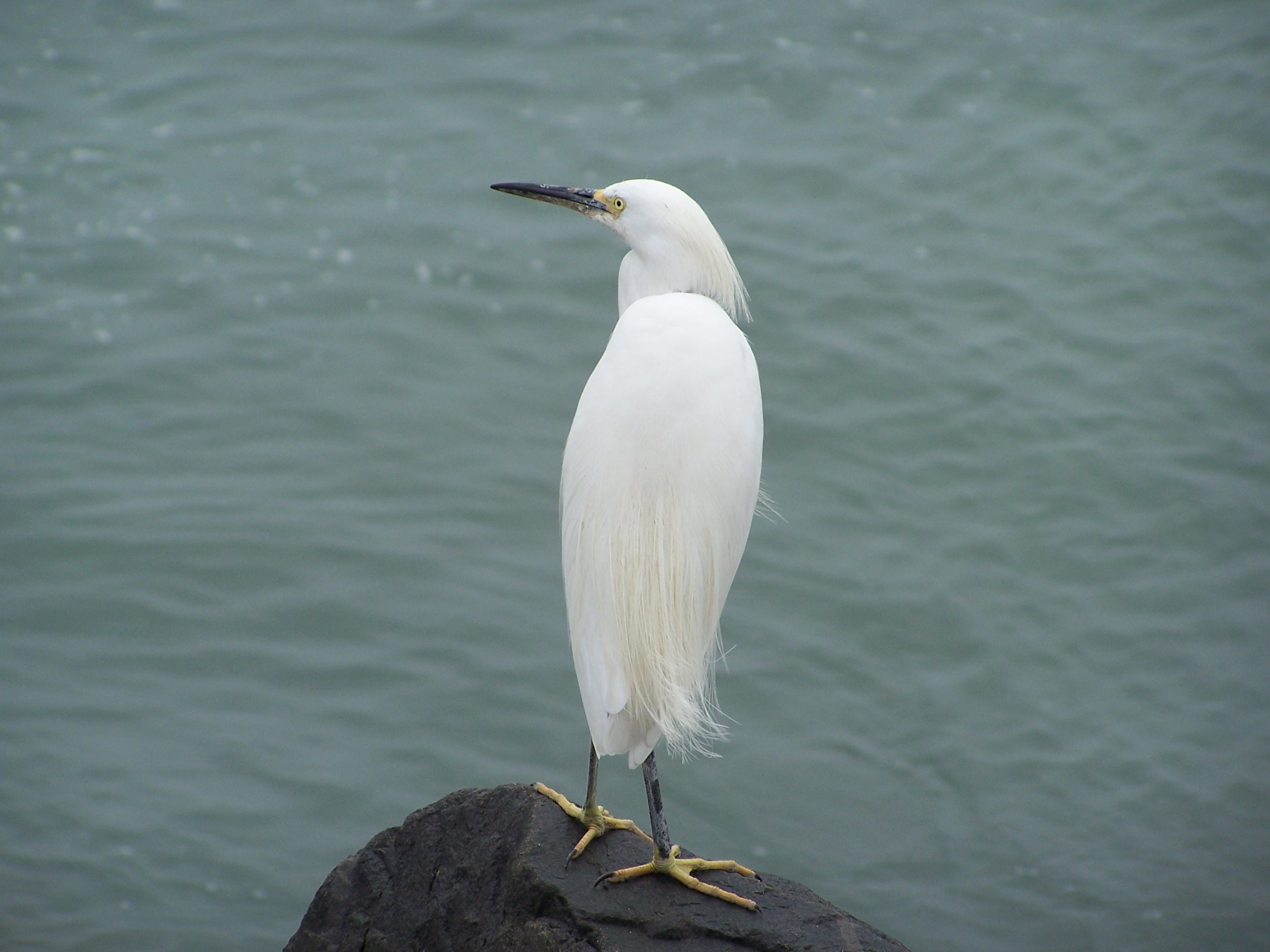 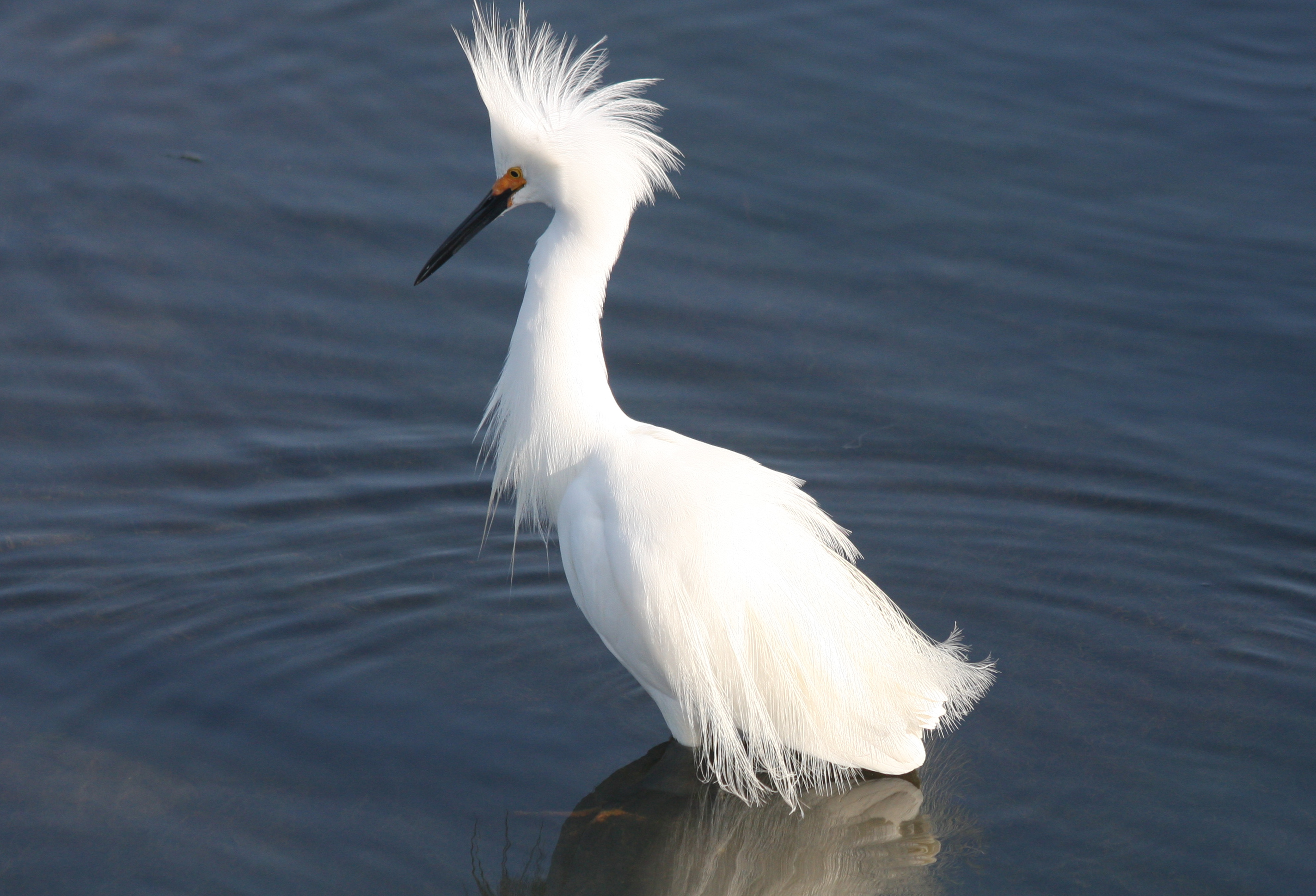 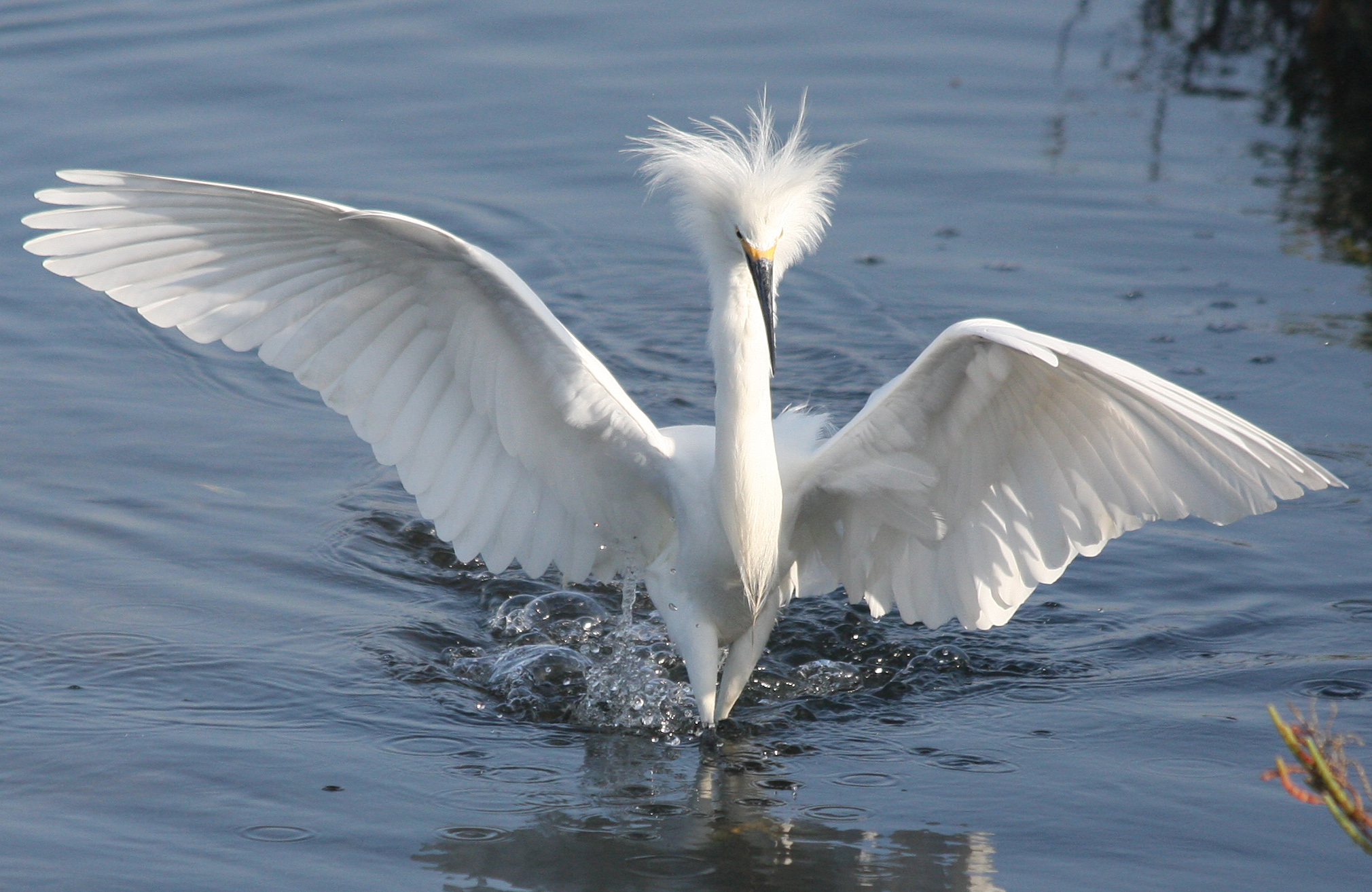 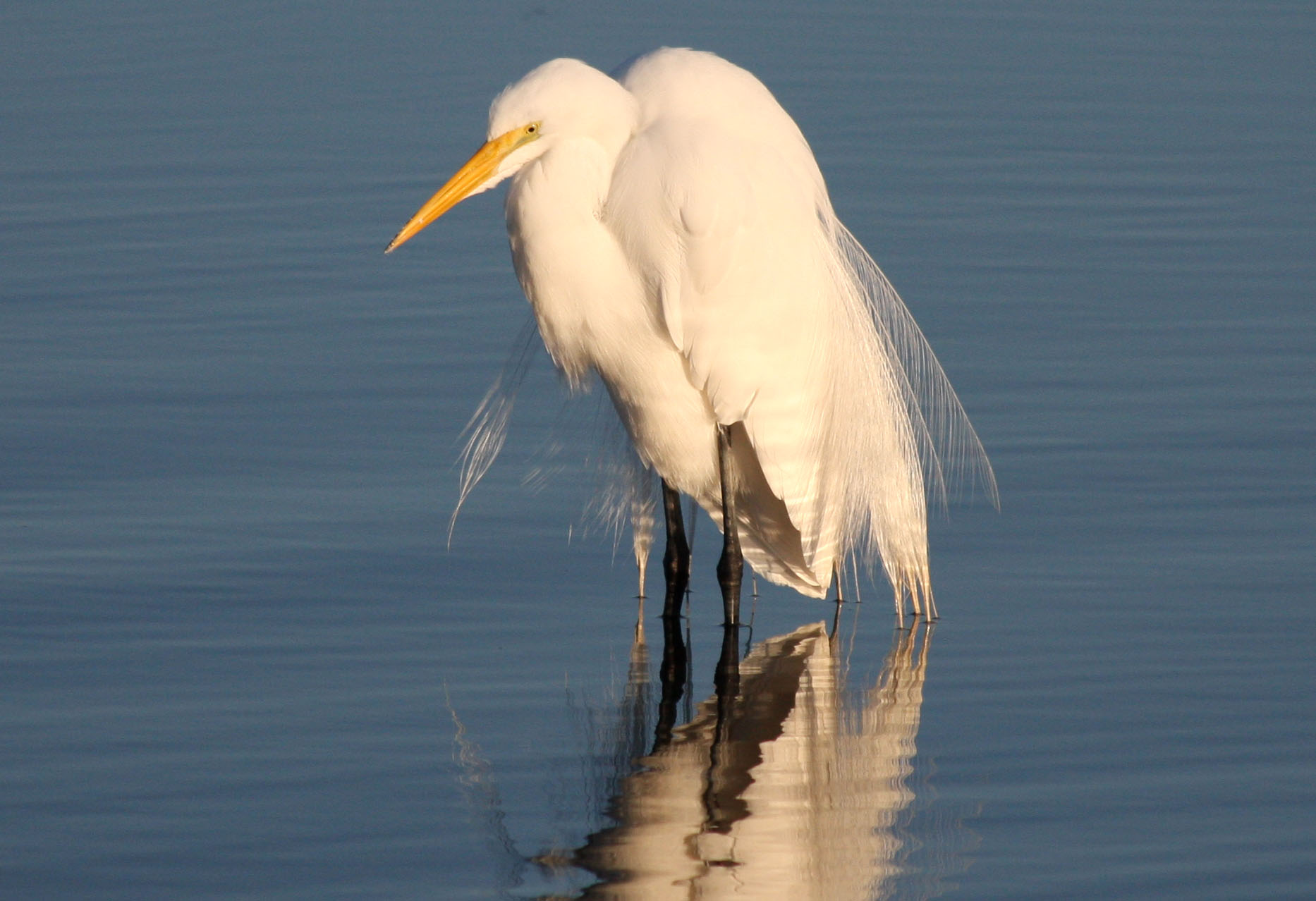 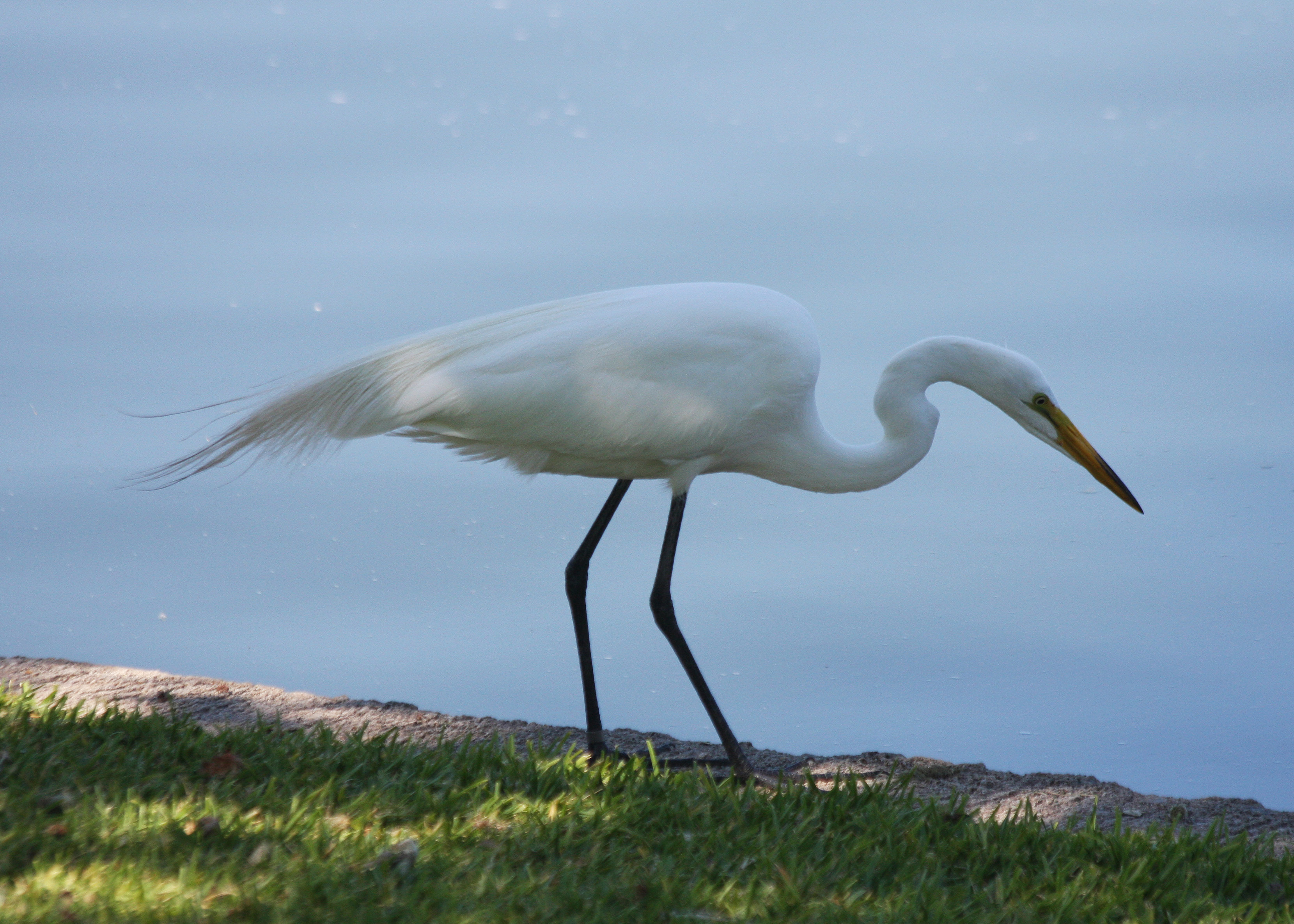 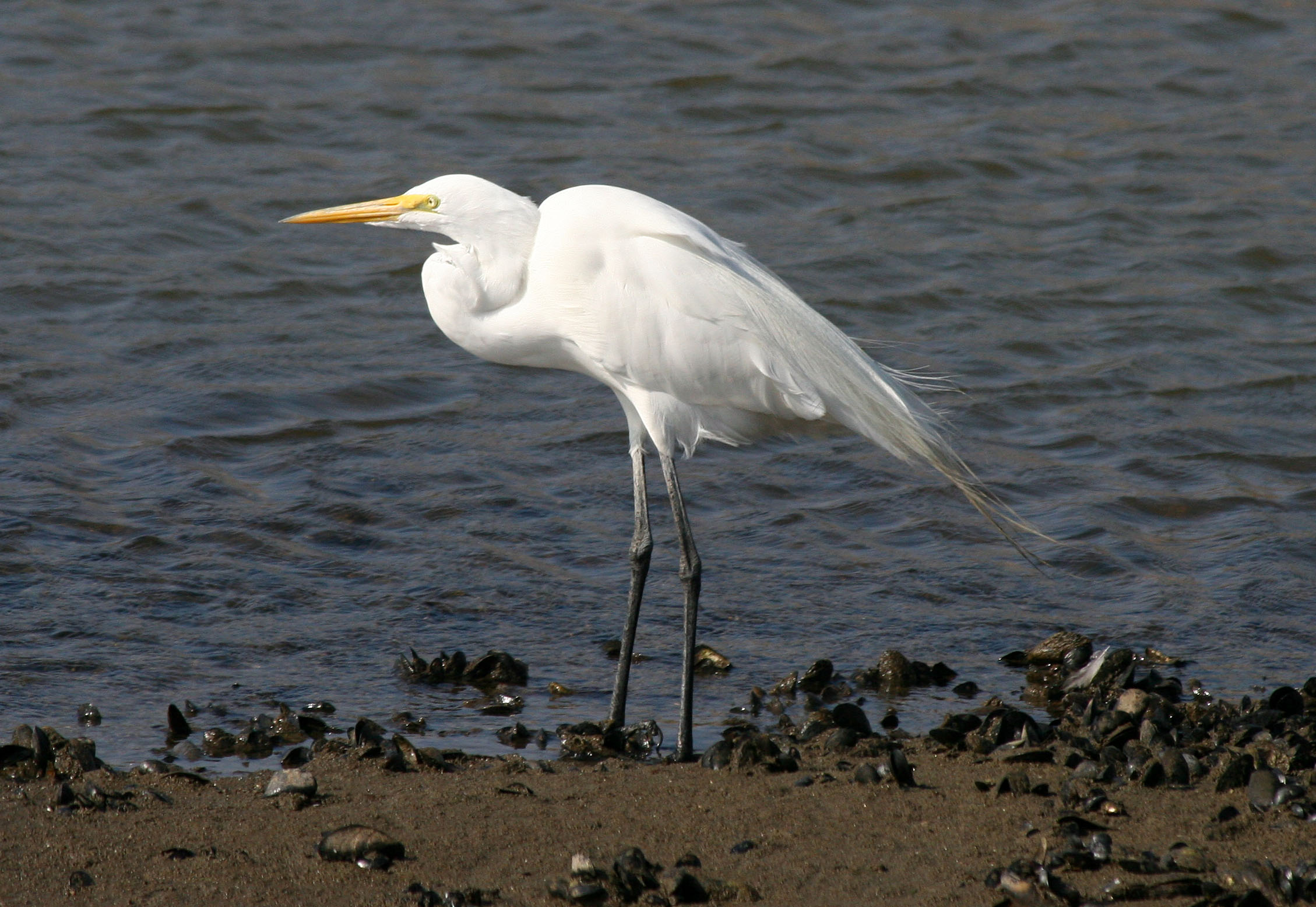 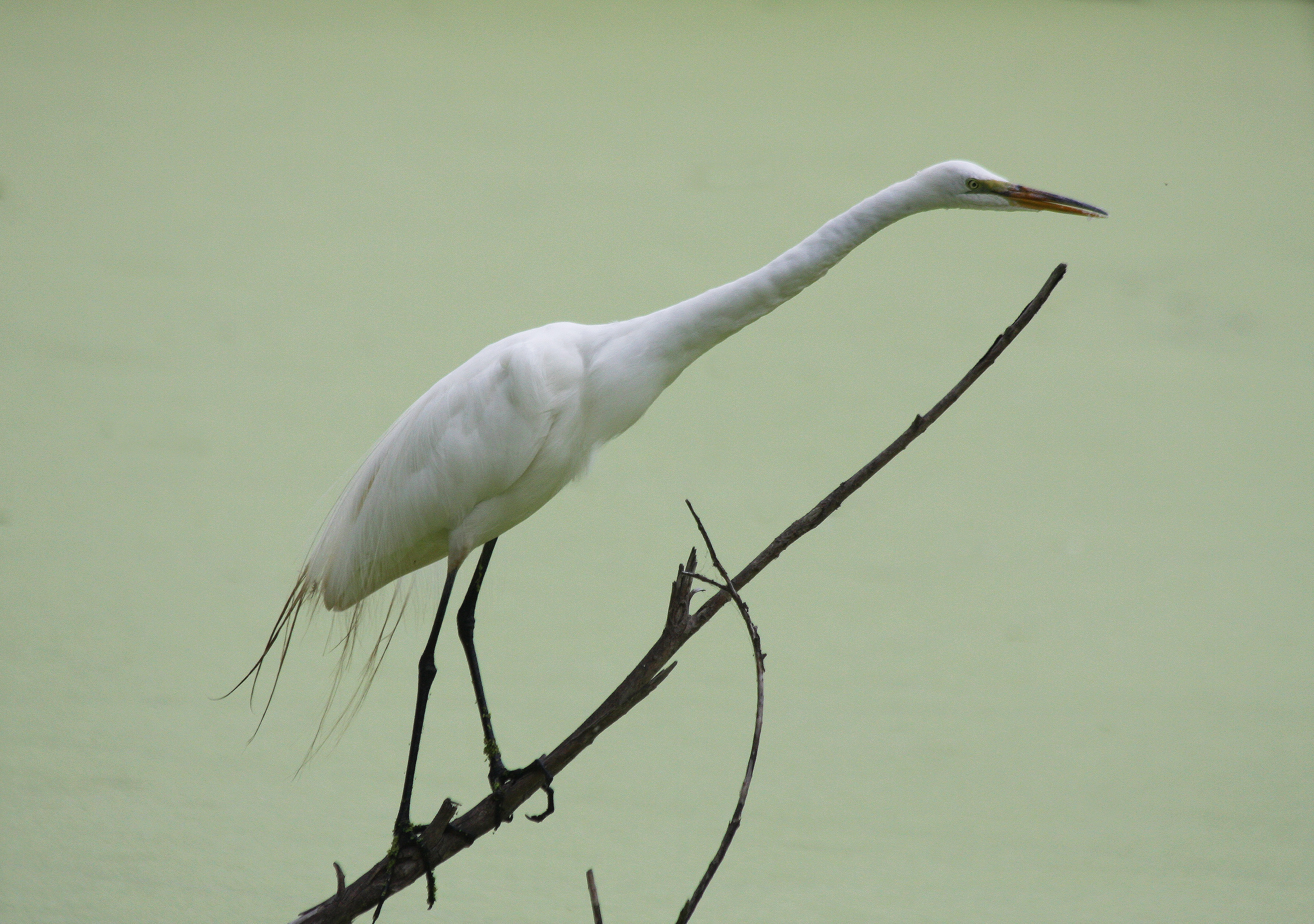 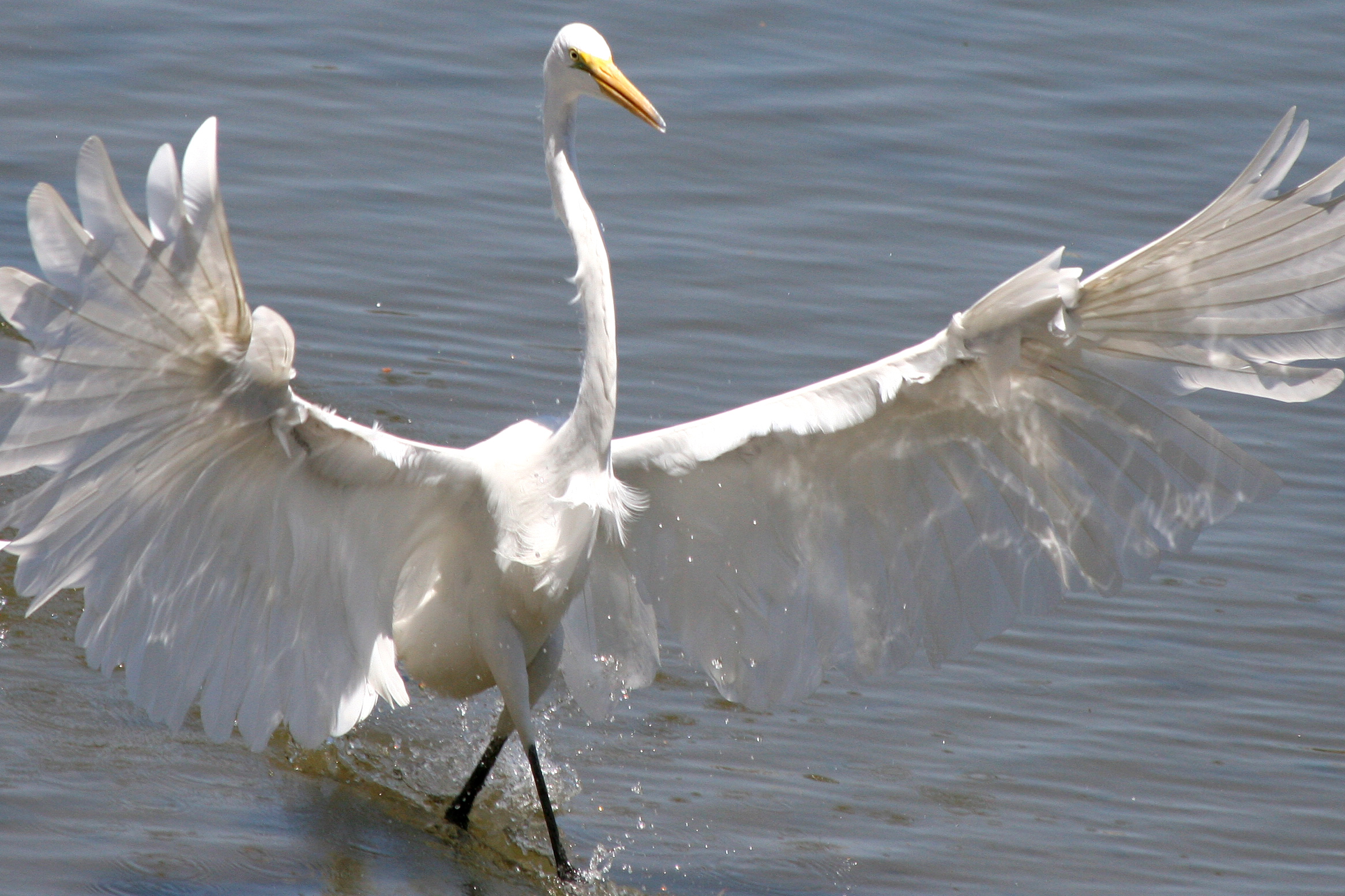