The renovation of Botany Pond began in late October when they fenced off the entire area and then put traps in the water to get the turtles. They captured 11 large ones, which I think is most of the population we had (five others died during a mini-epidemic). Sadly, they haven’t recovered the two babies we had.  But another one turned up three days ago after the pond had been fully drained, probably buried in the muck. It was alive and in good shape, and is now with its pondmates at the wildlife rehabilitator’s.

It took about a week to drain the pond.

Now, workmen are slowly removing all the dirt, several feet thick, at the bottom of the pond. You’ll see the process in the photos below, but when that’s done, they’ll fill in the cracks in the cement (bottom and sides) that caused the pond to leak water. It really does need a good cleaning

The schedule calls for it to be fully repaired (hopefully with new areas for ducks and new ramps for ducklings) by next summer, and then landscaped and maybe modified for the ducks and ducklings (fingers crosse). The  refill with water is supposed to happen next October. At that time, they’ll restock the pond with the necessary microfauna (snails, copepods, and other stuff that can serve as food for ducks and turtles), and perhaps a duck or so may fly in to see what’s happening. Duck breeding will presumably commence until about March of 2024, as they don’t breed in fall.

Below: The channel drained. Many a duckling was fed at the circular end below, where it was sheltered and they could get close to us. 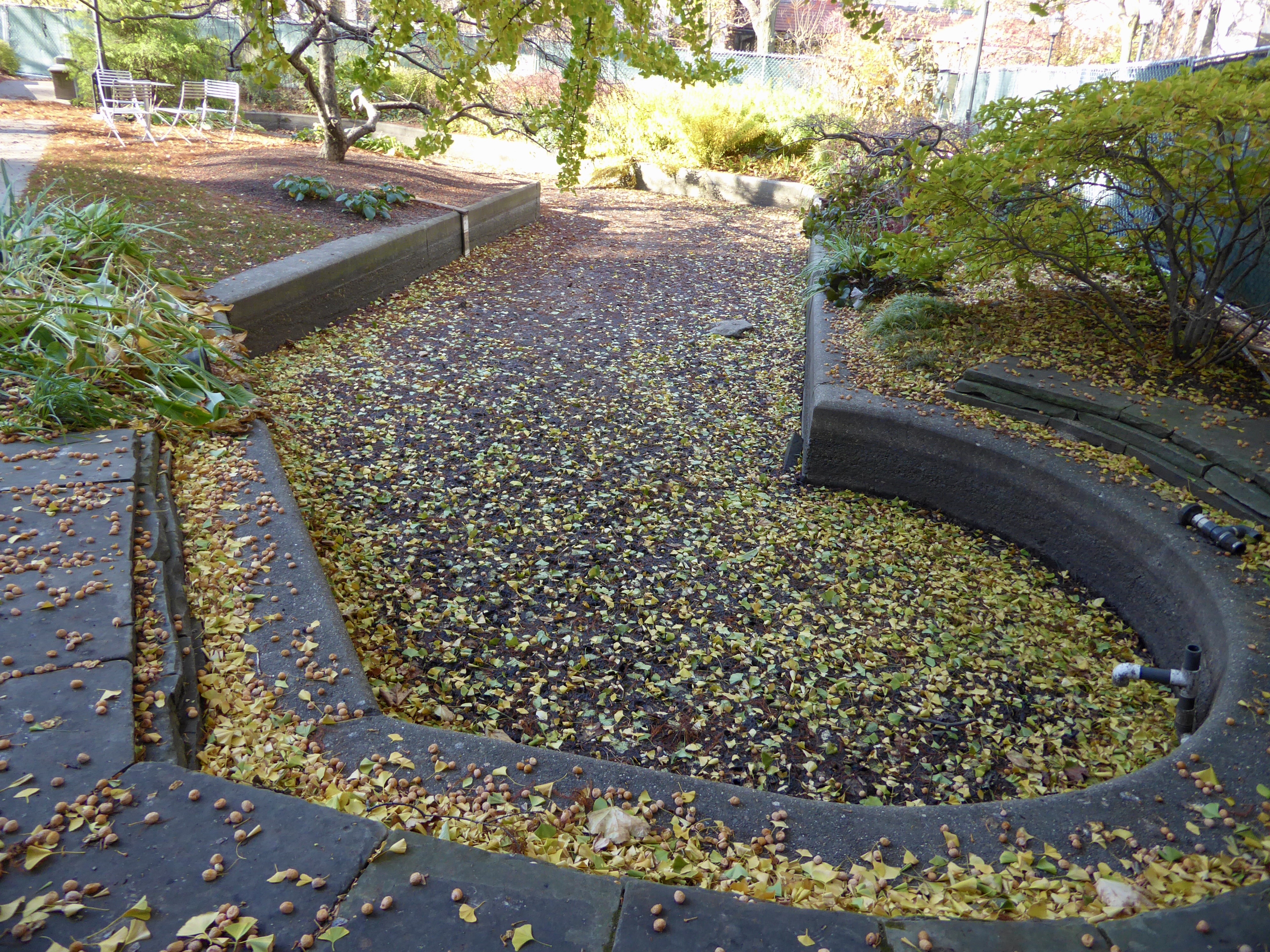 The freshly-drained pond seen from the south side. It was still muddy on the bottom (it’s drier now), and you can see the cement “rings” designed for planting with trees and smaller vegetation: 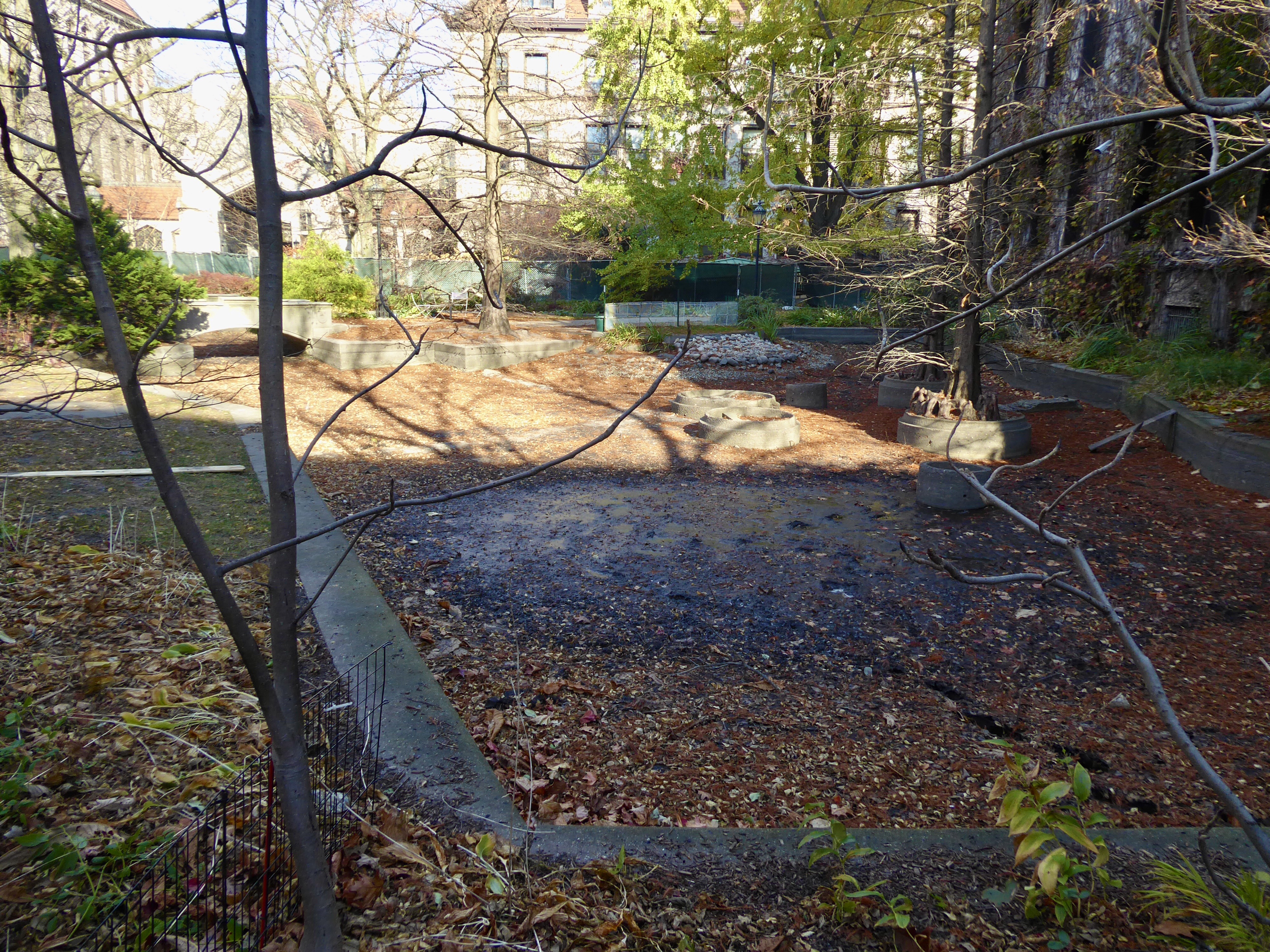 The pond drained and surrounded by a wire fence. We’re looking south from the sidewalk that separates the main pond (left) and the channel (right): 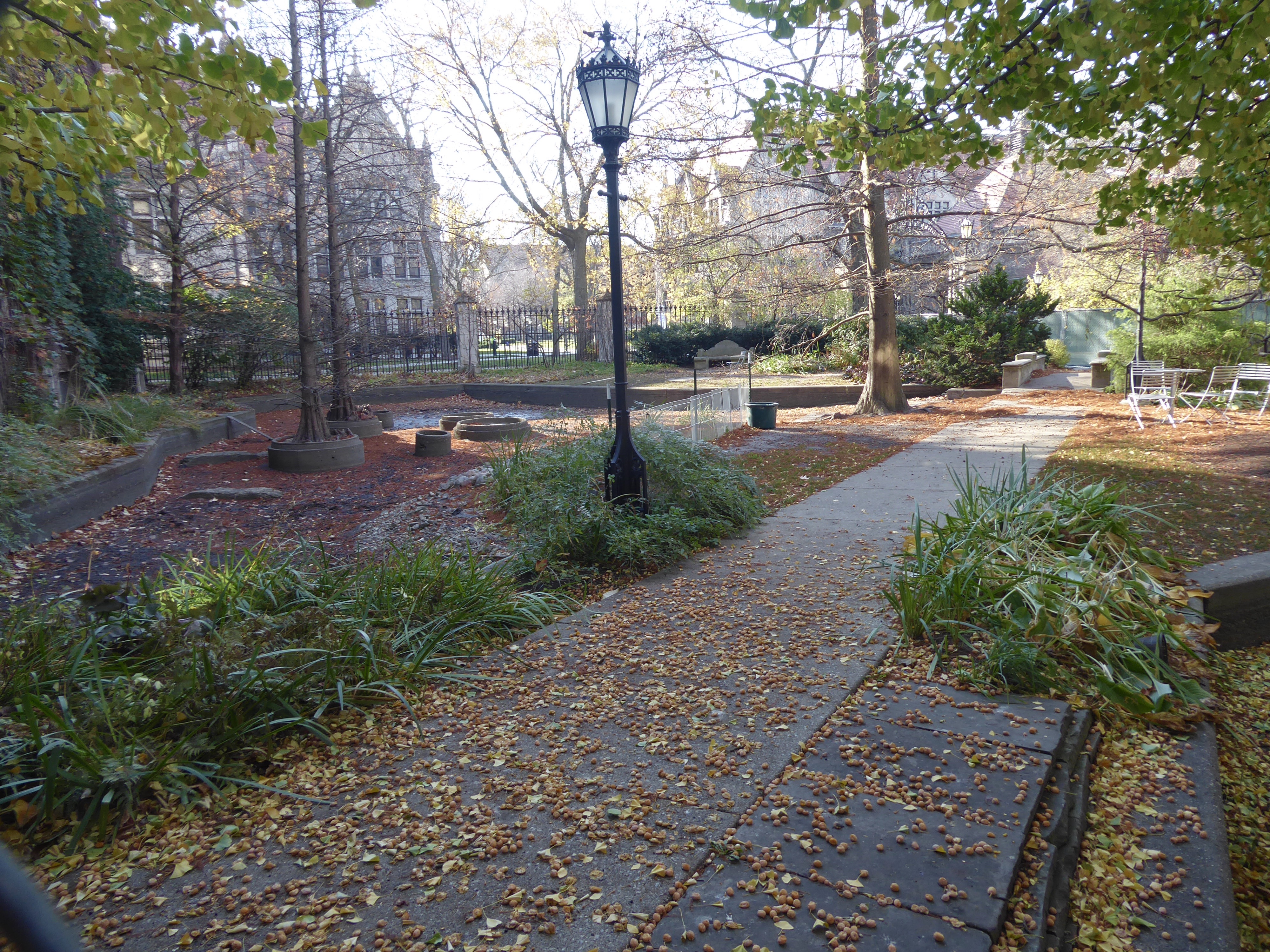 They brought in two big trucks with hoses to suck the mud out of the pond and expose the cracked cement walls and bottom: 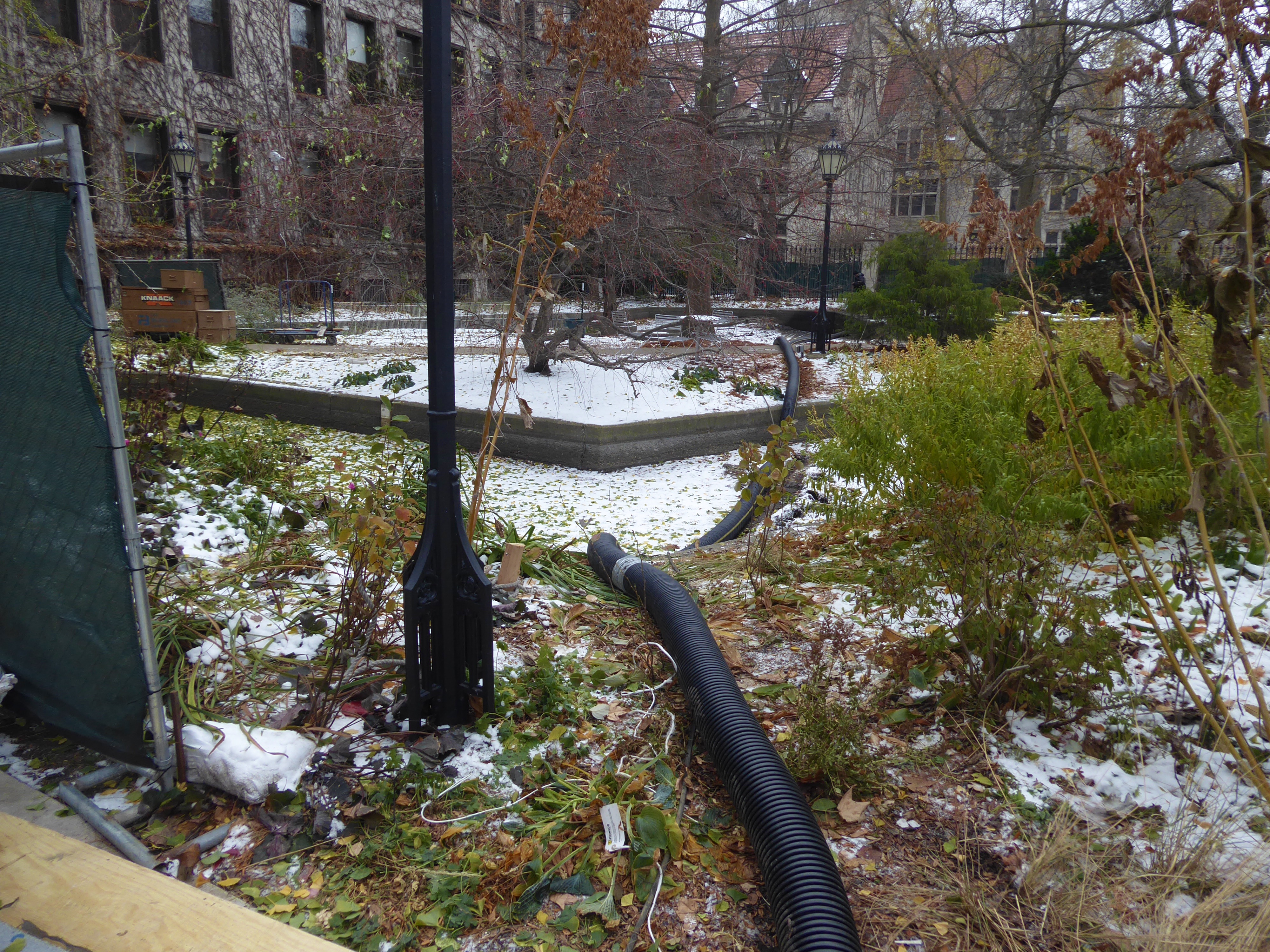 The hose truck. I think the other one (not visible) is where the dirt is put and carted away. 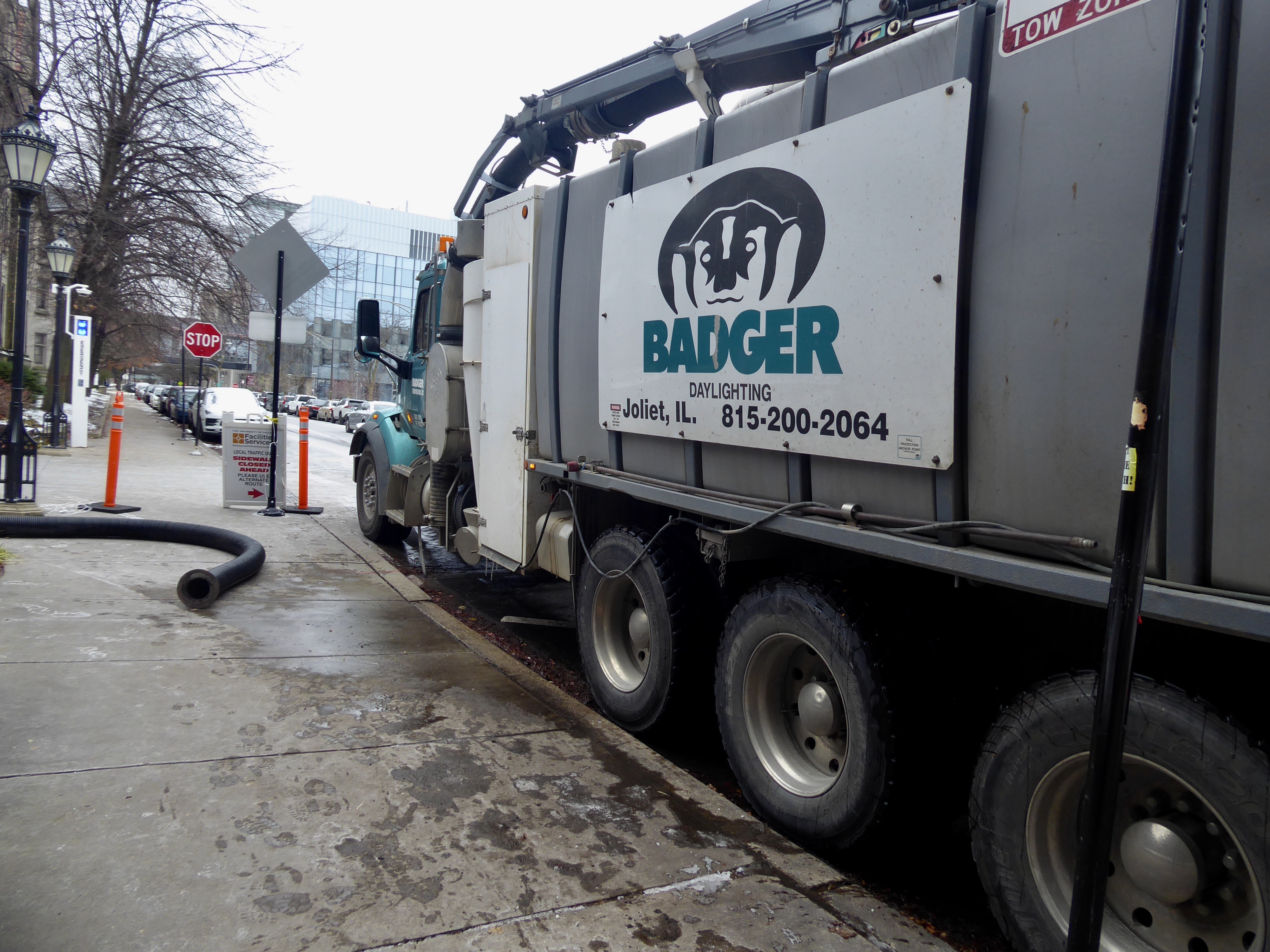 This shows the cross-section after the removal of most of the dirt. The water level was only about a foot below the ledge, so you can see how much dirt had accumulated at the bottom. The water was probably up to my waist, and the silt so thick that my feet never touched bottom. 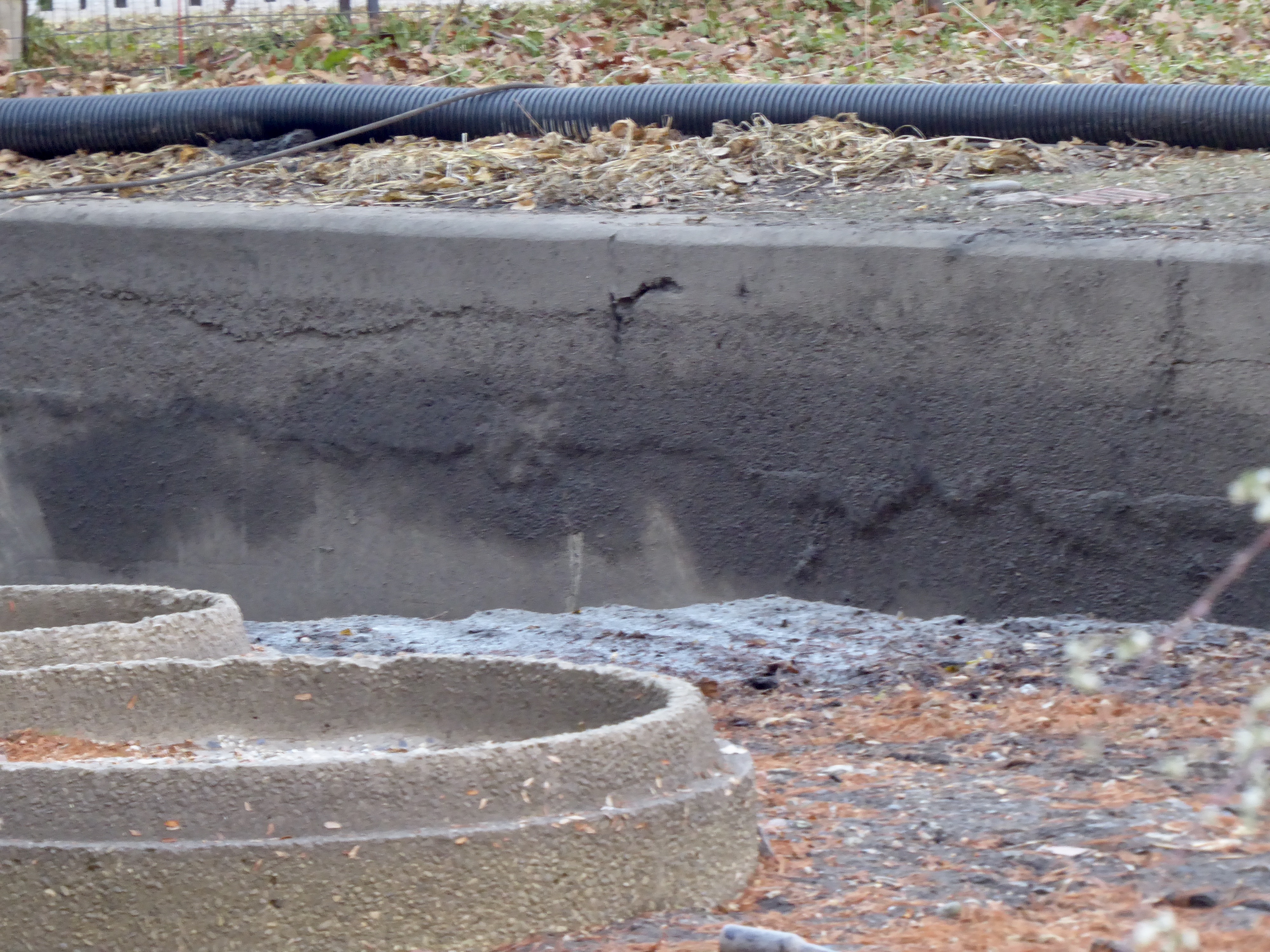 Sucking up the muck. One guy breaks it up with an instrument that looks like a long pick, while the other uses a hose to suck the loosened dirt into the truck. It’s a big and onerous job. 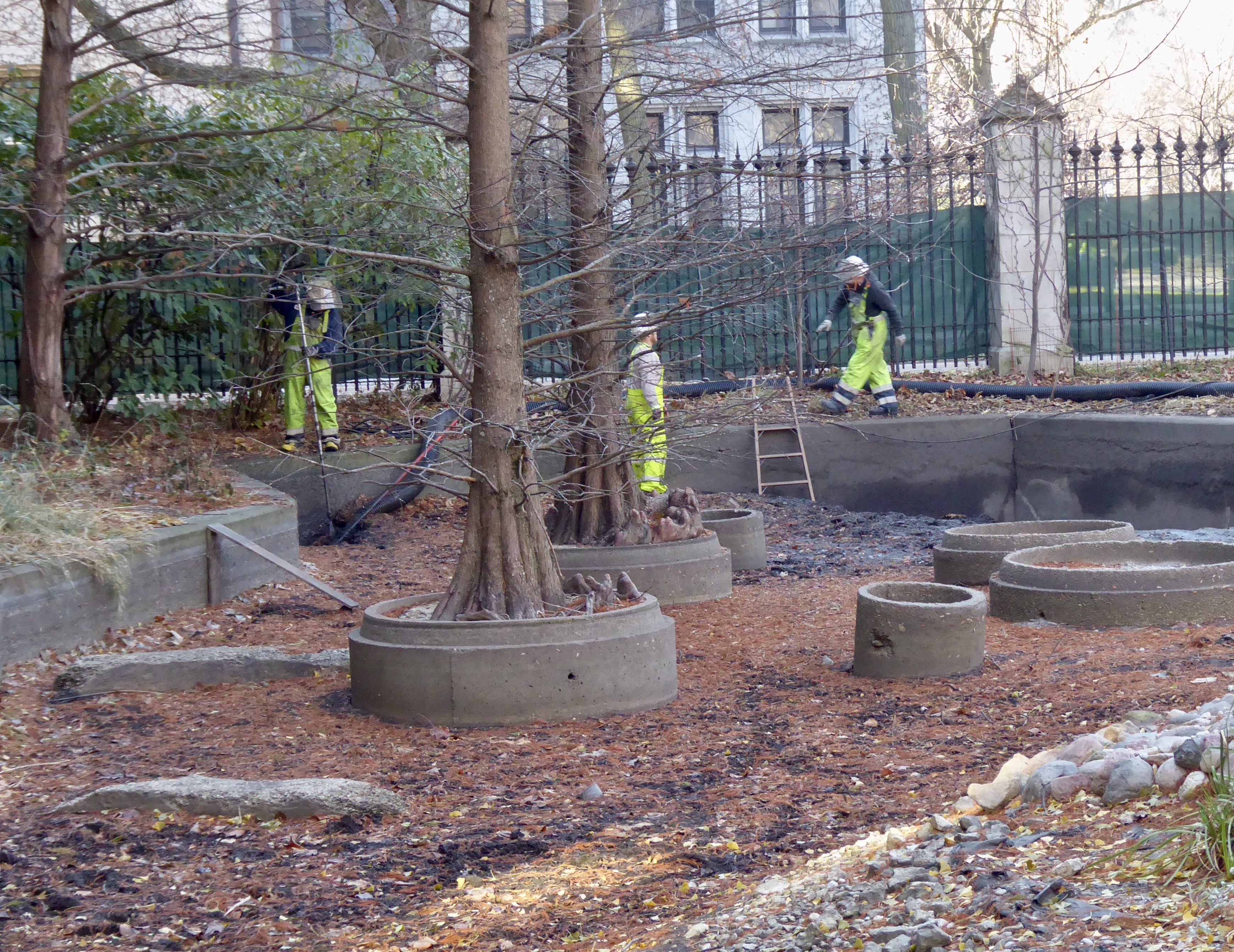 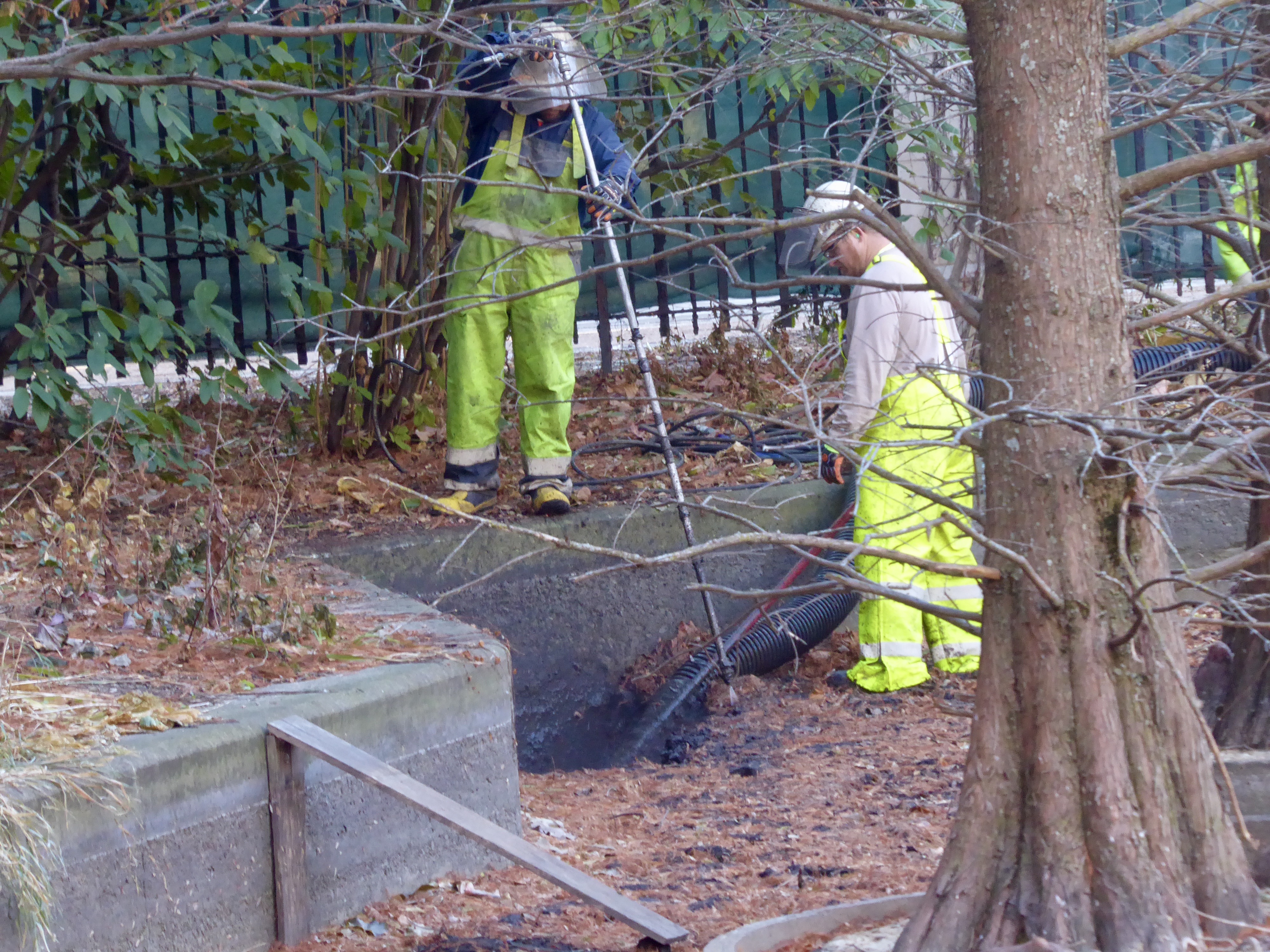 I am of course very sad, though this needed to be done. But will Honey come back next fall to say “hi”, or will she come back to breed in 2024? We will miss a whole duck season. At least the waterfowl are all gone and presumably safe somewhere else (preferably in the southern U.S.), and all the fish and turtles have been rescued and are being kept by the rehabber.

22 thoughts on “The Botany Pond renovation”