In the video below, physicist Sabine Hossenfelder deals with the deeply weird nature of quantum mechanics—in this case, can human consciousness cause collapse of the wave function? This is connected with famous experiments like the “double slit experiment” or the Gedankenexperiment of Schrödinger’s cat—scenarios where the apparent outcome of a study depends on whether someone is looking at it and measuring the outcomes. For example, if you let photons from a single source go through two slits in a plate, and don’t observe which slit they go through, they form an interference pattern on a screen on the other side, implying that light is a wave, and is going through both slits at once. But if you put a detector at each slit, observing which one each photon goes through, you now get a mirror of the two-slit pattern on the screen: the photons go through one slit and not both. The results, then,  differ depending on whether you’re looking and measuring. As Wikipedia notes:

The double-slit experiment (and its variations) has become a classic for its clarity in expressing the central puzzles of quantum mechanics. Because it demonstrates the fundamental limitation of the ability of the observer to predict experimental results, Richard Feynman called it “a phenomenon which is impossible […] to explain in any classical way, and which has in it the heart of quantum mechanics. In reality, it contains the only mystery [of quantum mechanics].

This kind of result has deeply troubled physicists for years, for it implies that our own brains somehow influence quantum physics and the behavior of particles. How can that be? As Sabine says, if consciousness can do that, it must have physical effects on reality, which doesn’t seem tenable. (The idea also leads to all kinds of quantum hokum à la Deepakity.) And would the consciousness of a worm suffice? How can the nature of reality depend on whether someone is looking at it? Well, there are many solutions proposed, including the many-worlds hypothesis, but I’ll let you read the book at the bottom to get the full story.

This all derives from a persisting dichotomy in quantum mechanics: is it telling us something about what is real, or only giving us a mathematical analysis that, while it works, doesn’t give us the ability to visualize what’s really going on on the particle level?  Bohr and his famous “Copenhagen interpretation” of QM espoused the latter: the “shut up and calculate” version. Einstein and others believed that there is a fundamental reality to nature that must be graspable by our brains, and is only approximated by quantum mechanics.  Or so I interpret.

At any rate, I found Sabine’s discussion somewhat confusing, mainly because you have to know a bit about quantum mechanics and its history before you can understand her presentation. I did, however, like her dismissal at the end of the video of the Penrose/Hamaroff idea that consciousness doesn’t cause the collapse of the wave function, but rather the opposite: the collapse of the wave function, working on “microtubules”in the brain, is itself responsible for consciousness.  Right now there’s no evidence for this, or for the panpsychism that Hossenfelder also dismisses.

I just finished this book, which is really all about the observer effect and whether quantum mechanics tells us something about what is real in the world. It’s not too hard going, and is a fascinating story going from Heisenberg up to modern disputes about the many-worlds hypothesis. And it’s heavily historical, showing how the charisma and intelligence of Neils Bohr all but shut down the debate for many decades. Of all the books on quantum mechanics that I’ve read, this is the clearest, and the one that best describes the disputes over what QM means. I recommend it highly. Click on the screenshot to go to the Amazon site. 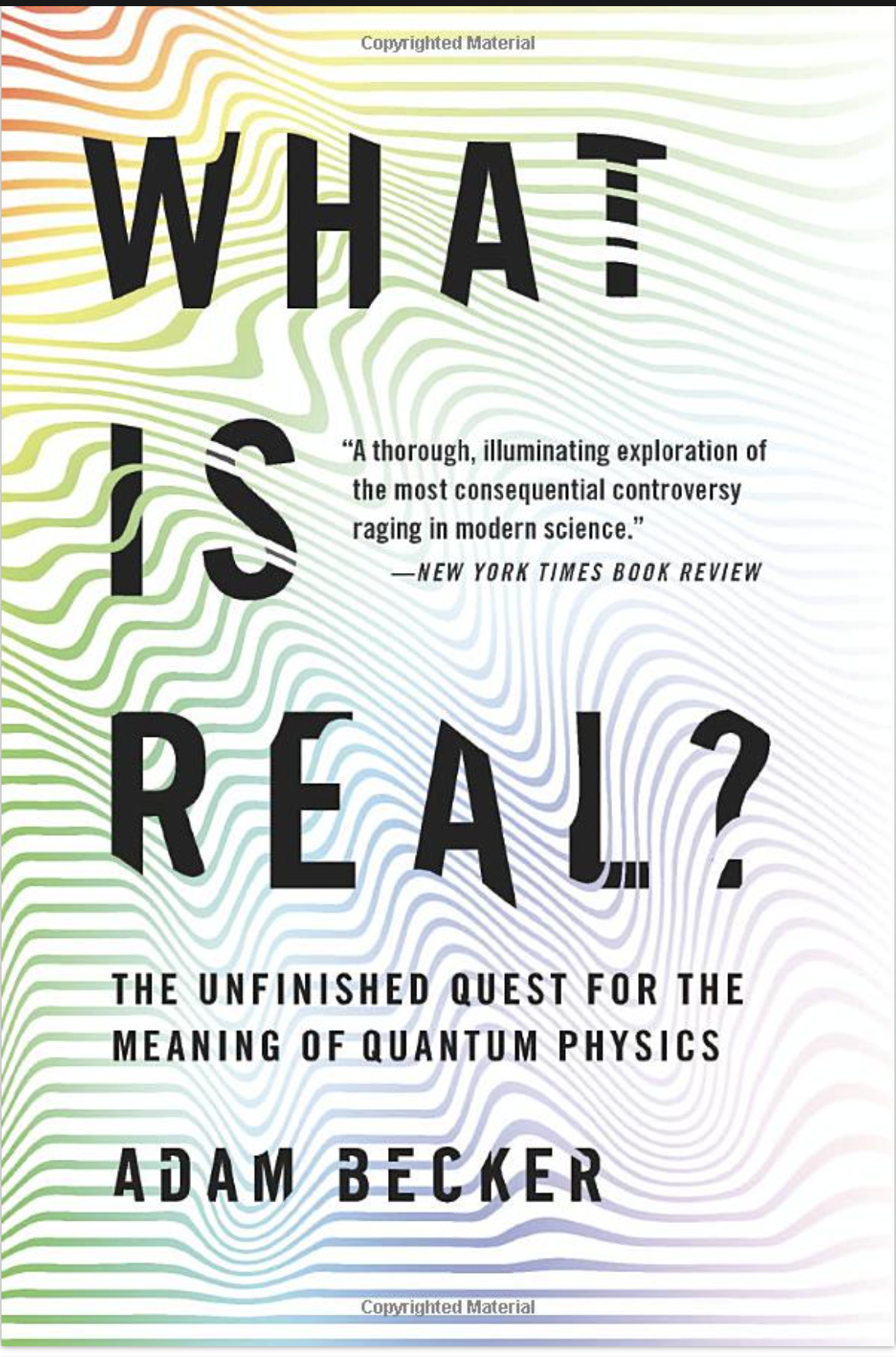