Today’s photos come from reader Susan Harrison, an ecologist at UC Davis. Susan’s narrative and IDs are indented, and you can enlarge the photos by clicking on them.

These photos are a companion piece to my pictures of the arid White Mountains and their ancient bristlecone pines. In August 2022, just after visiting the White Mts, I crossed Owens Valley and hiked up Piute Pass Trail — one of the shortest ways into the lush meadows and glaciated granite of the high Sierra Nevada. The trail starts at North Lake (9,276’), soon enters the John Muir Wilderness, and ascends to Piute Pass (11,423’) in four steep miles.  From there, the trail traverses Humphreys Basin and reaches  the splendid section of the Pacific Crest Trail known as Evolution Valley.

Historical side note:  Evolution Valley was named by Theodore Solomons, who explored and mapped the Sierra Nevada, and who named some of its tallest peaks for Darwin, Wallace, Haeckel, Huxley, and Spencer because these evolutionary pioneers were “at one in their devotion to the sublime in Nature.”

Even in the late summer of a drought year, the Piute Pass area abounded in water, wildflowers, and animal activity, a far cry from the austerity of the nearby White Mts. 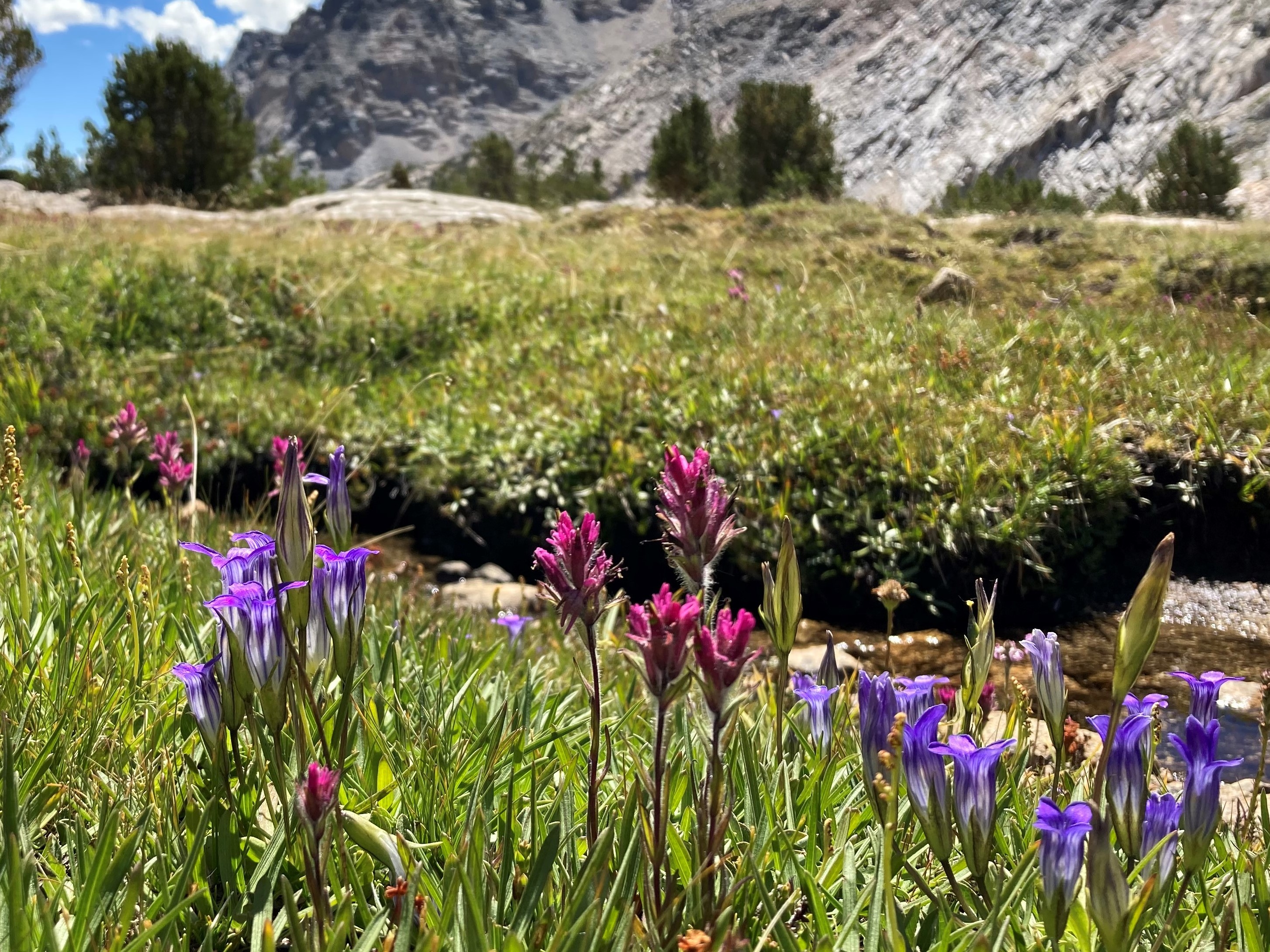 Monkeyflower (Mimulus guttatus/Erythranthe guttata) – this widespread wildflower and its many close relatives are a “model system” for eco-evolutionary research: 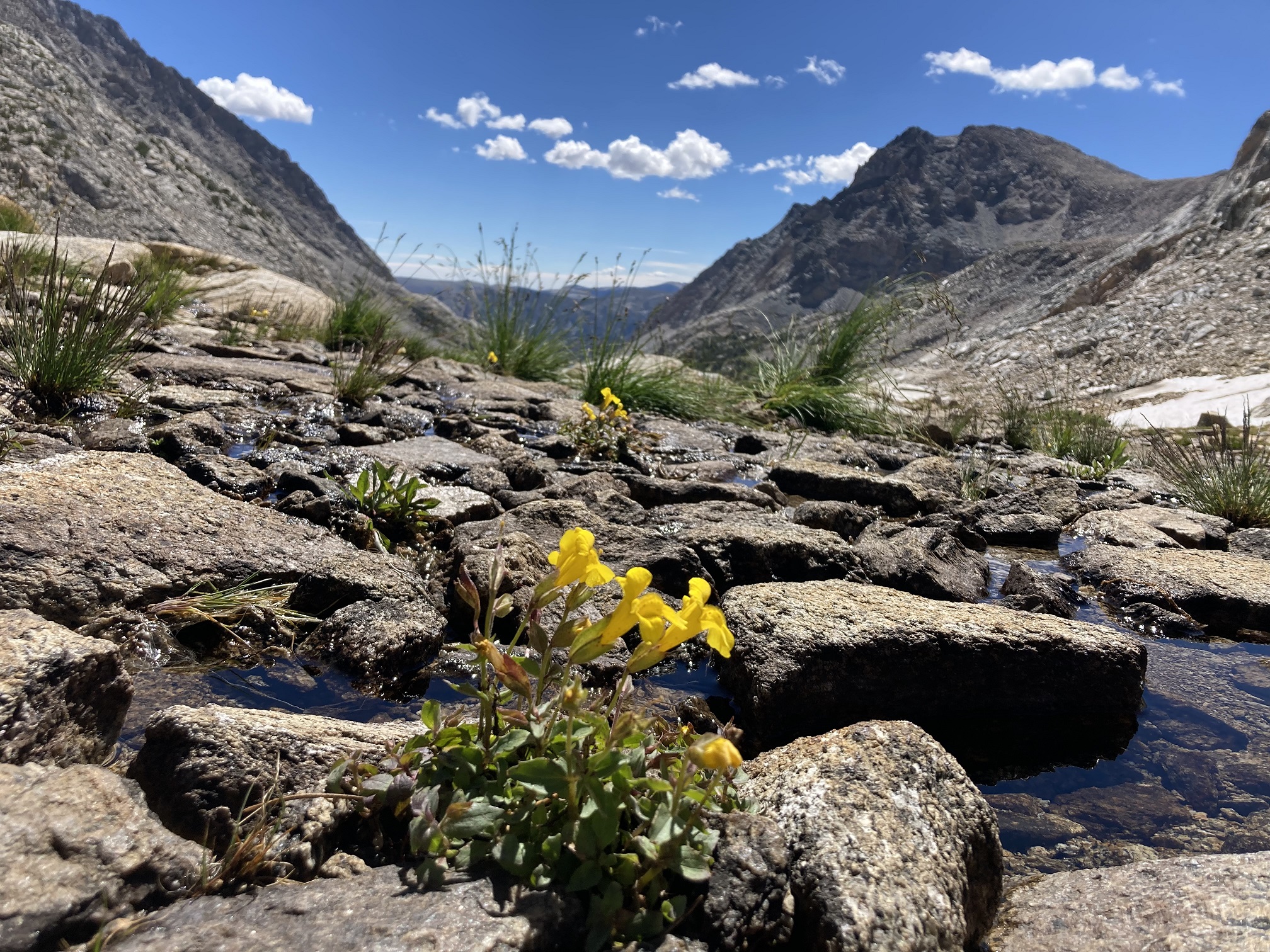 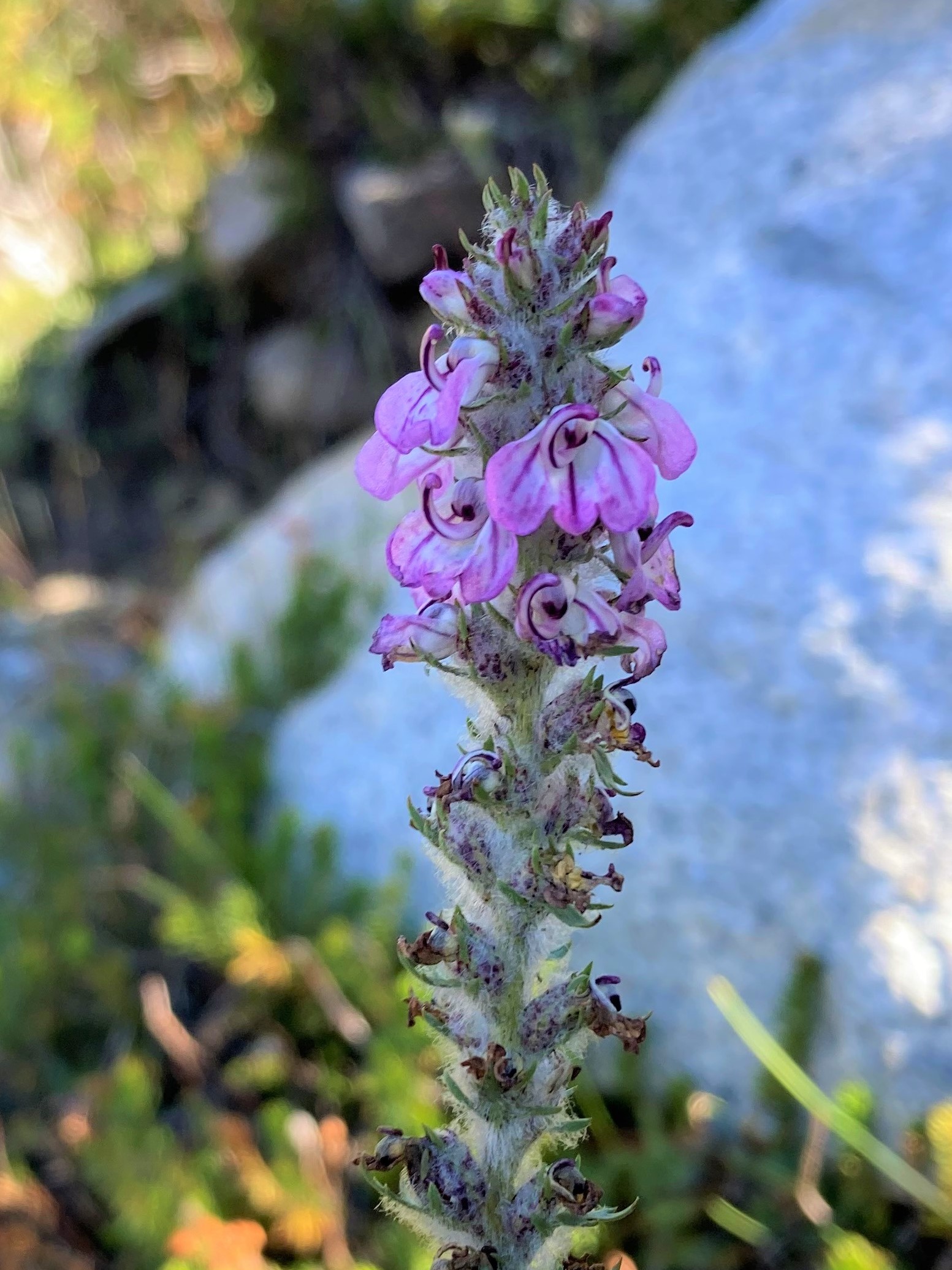 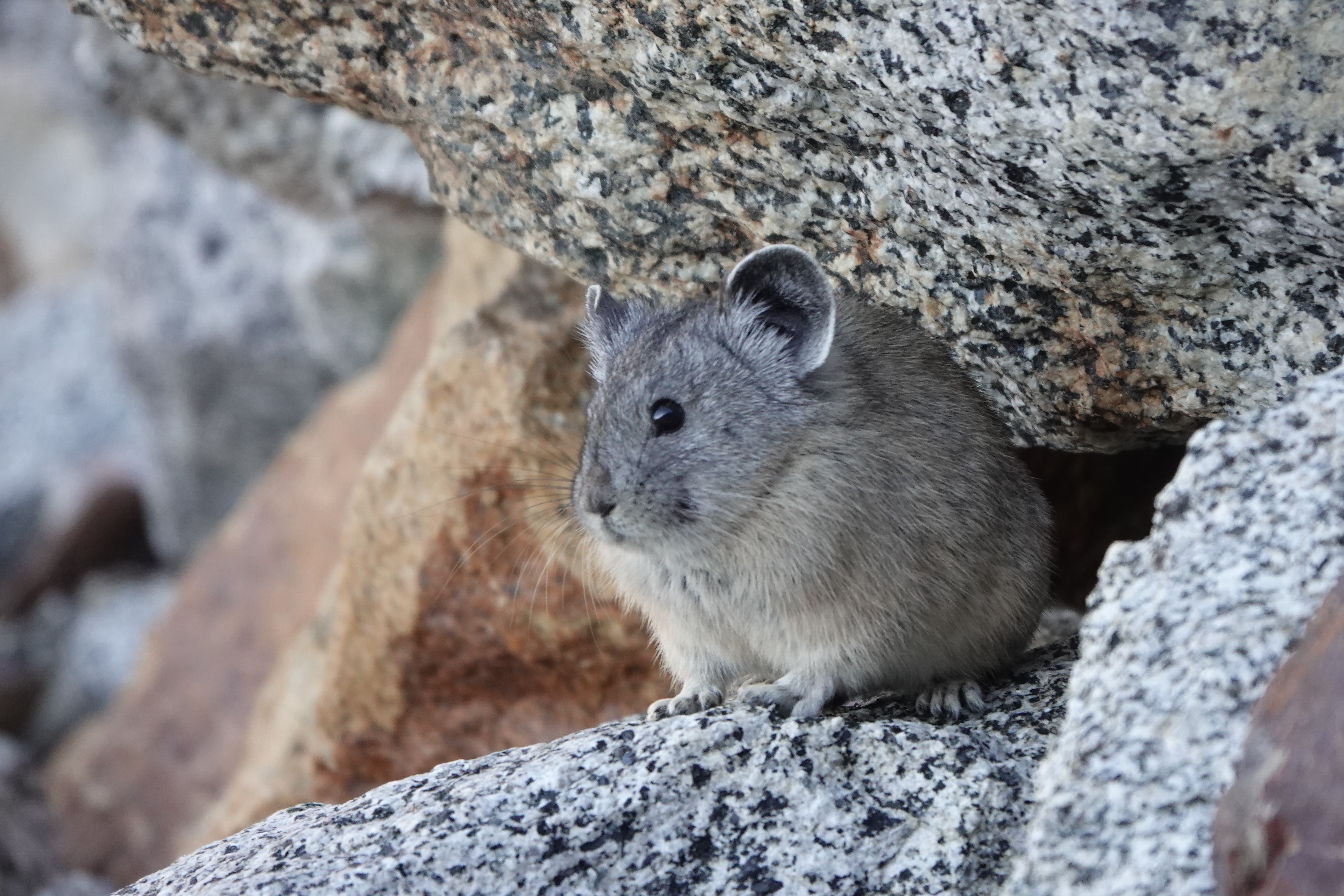 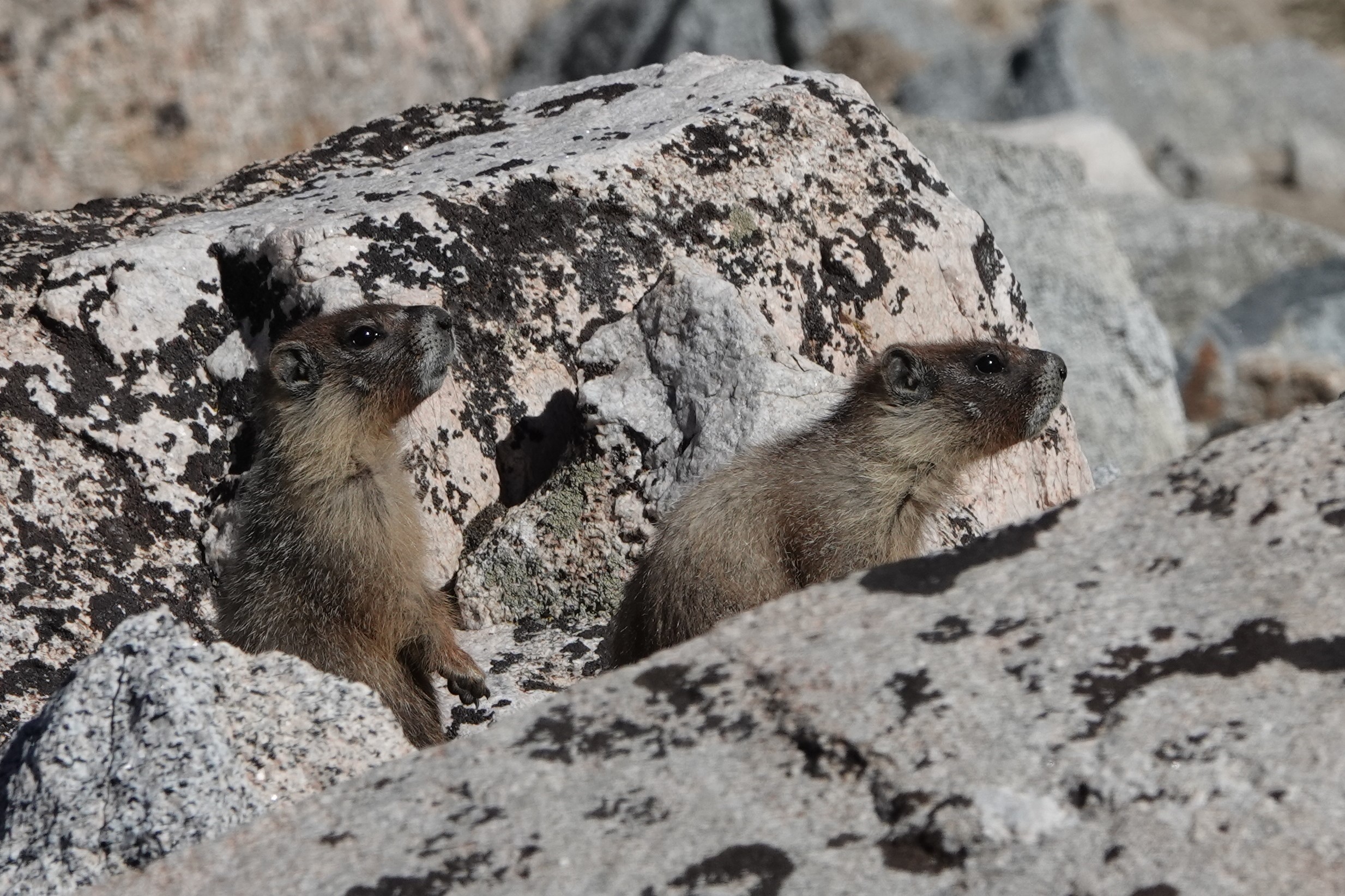 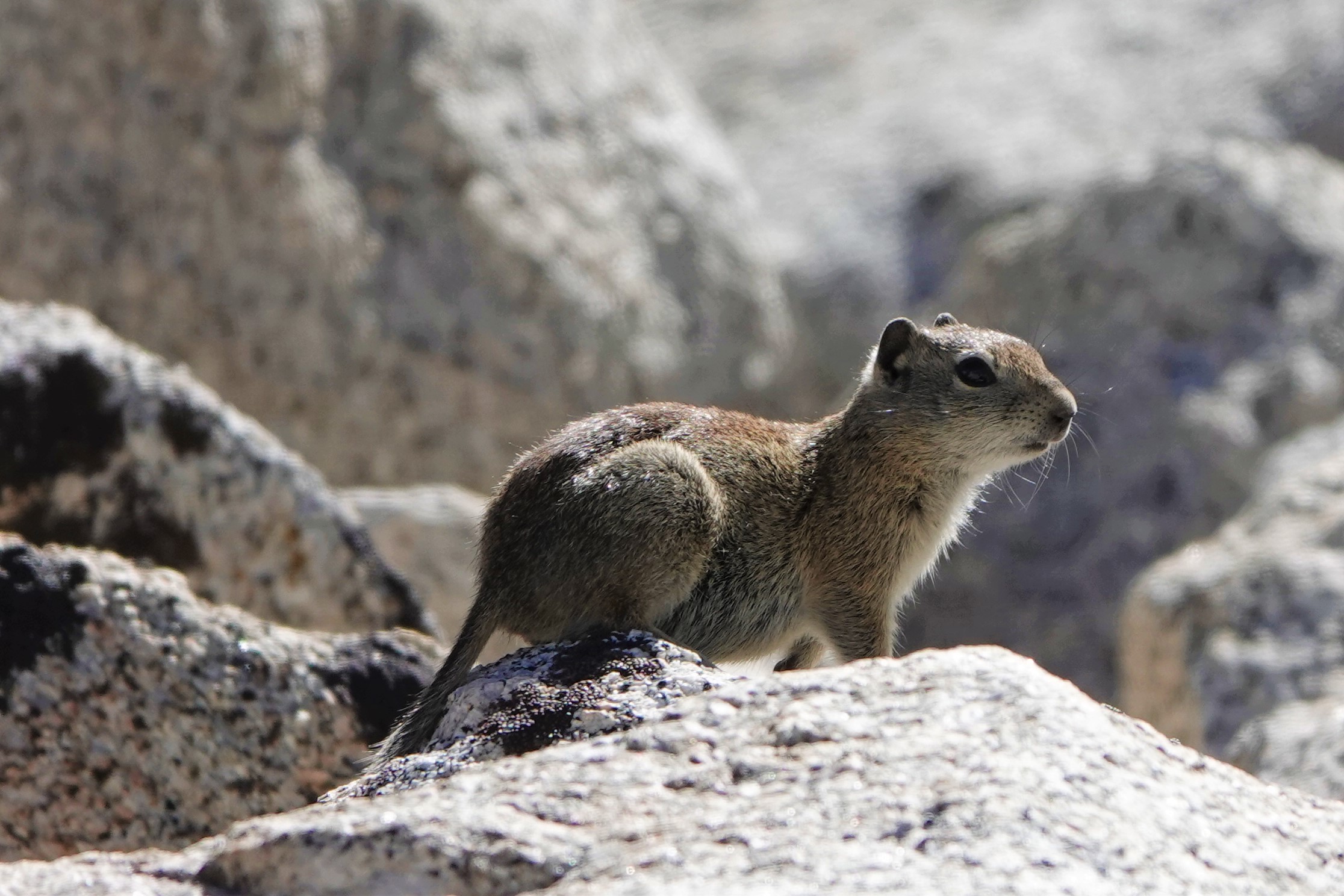 Dark-eyed Junco (Junco hyemalis), which were abundant on and around the Limber Pines (Pinus flexilis): 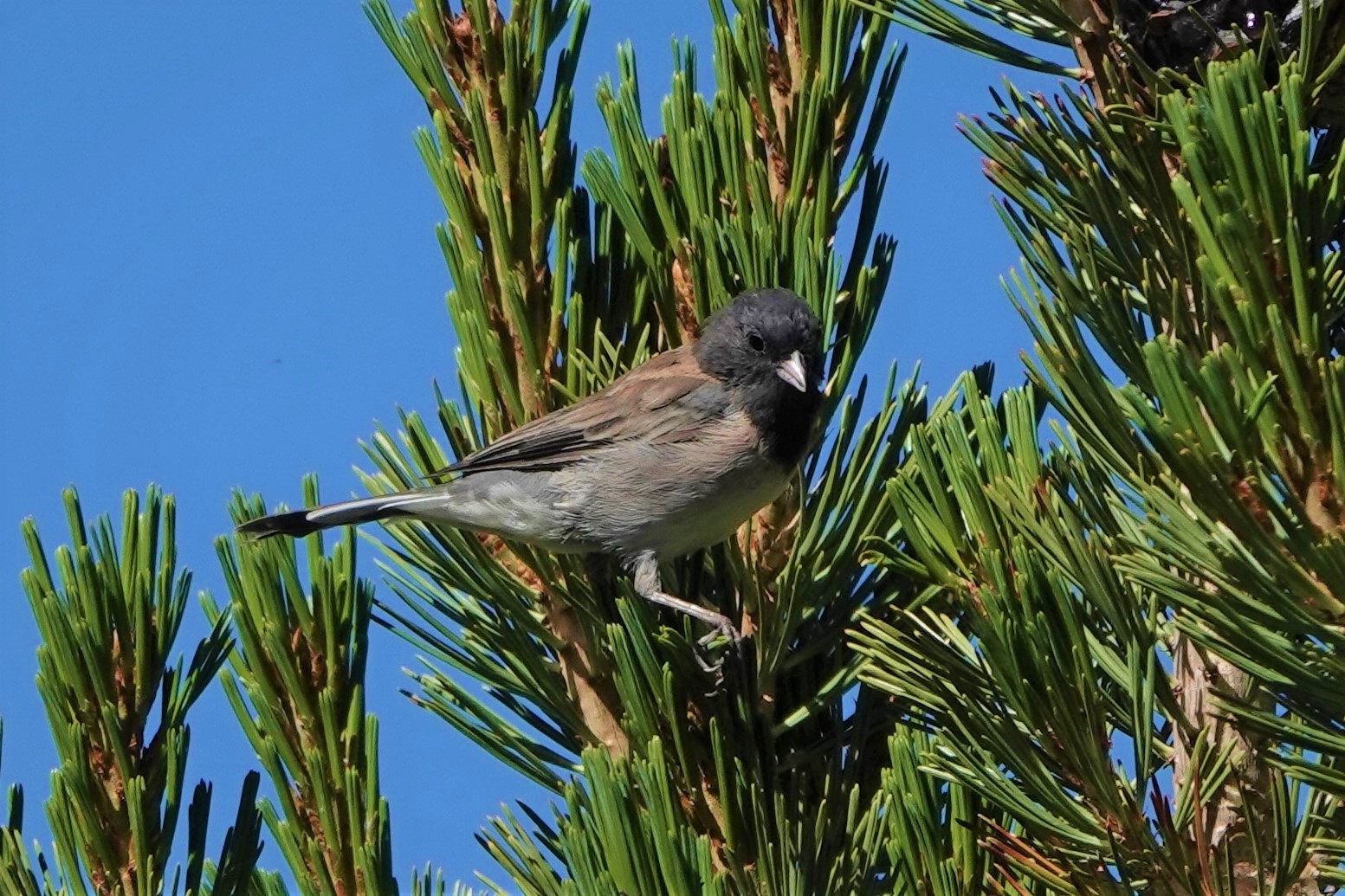 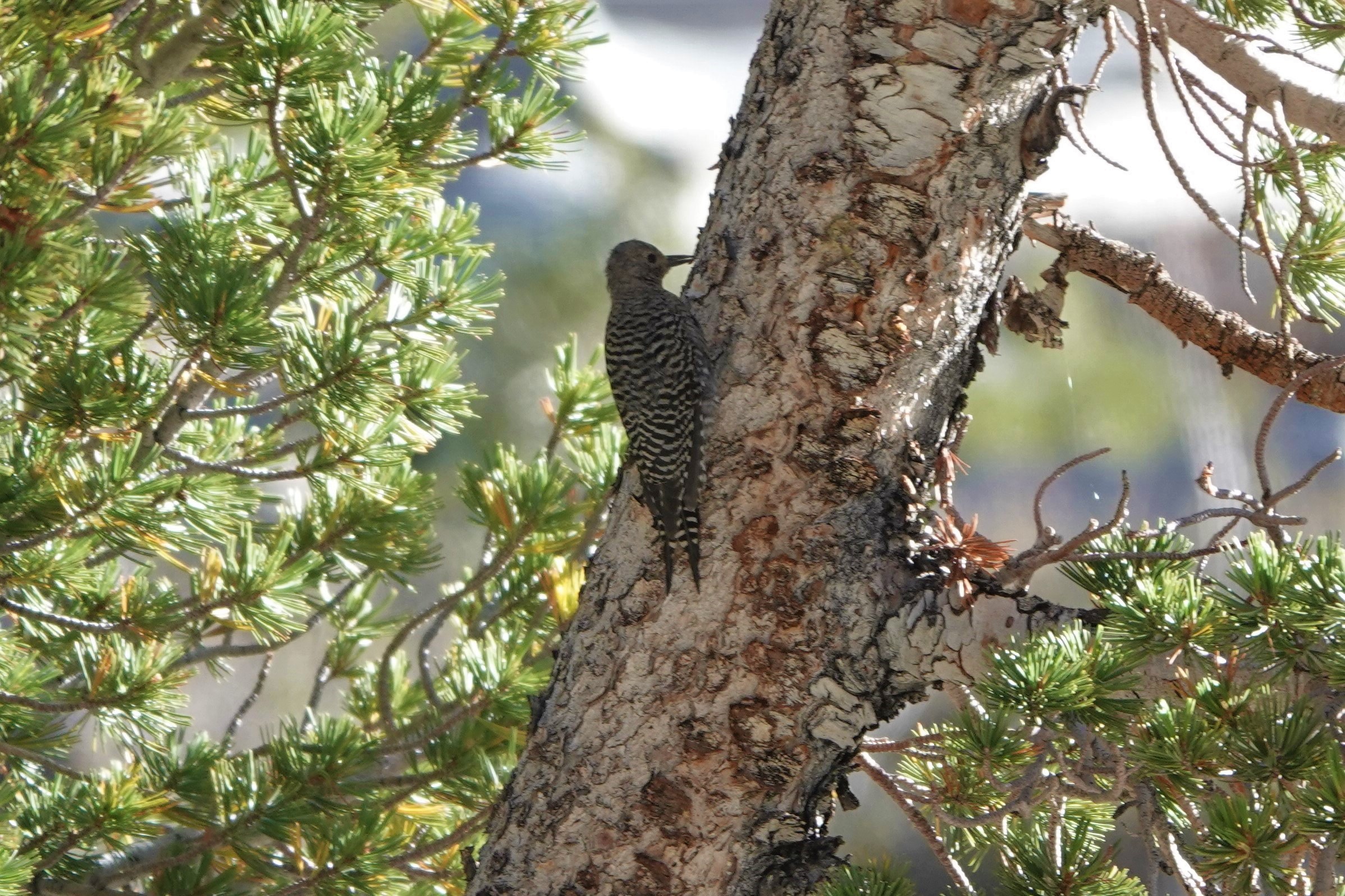 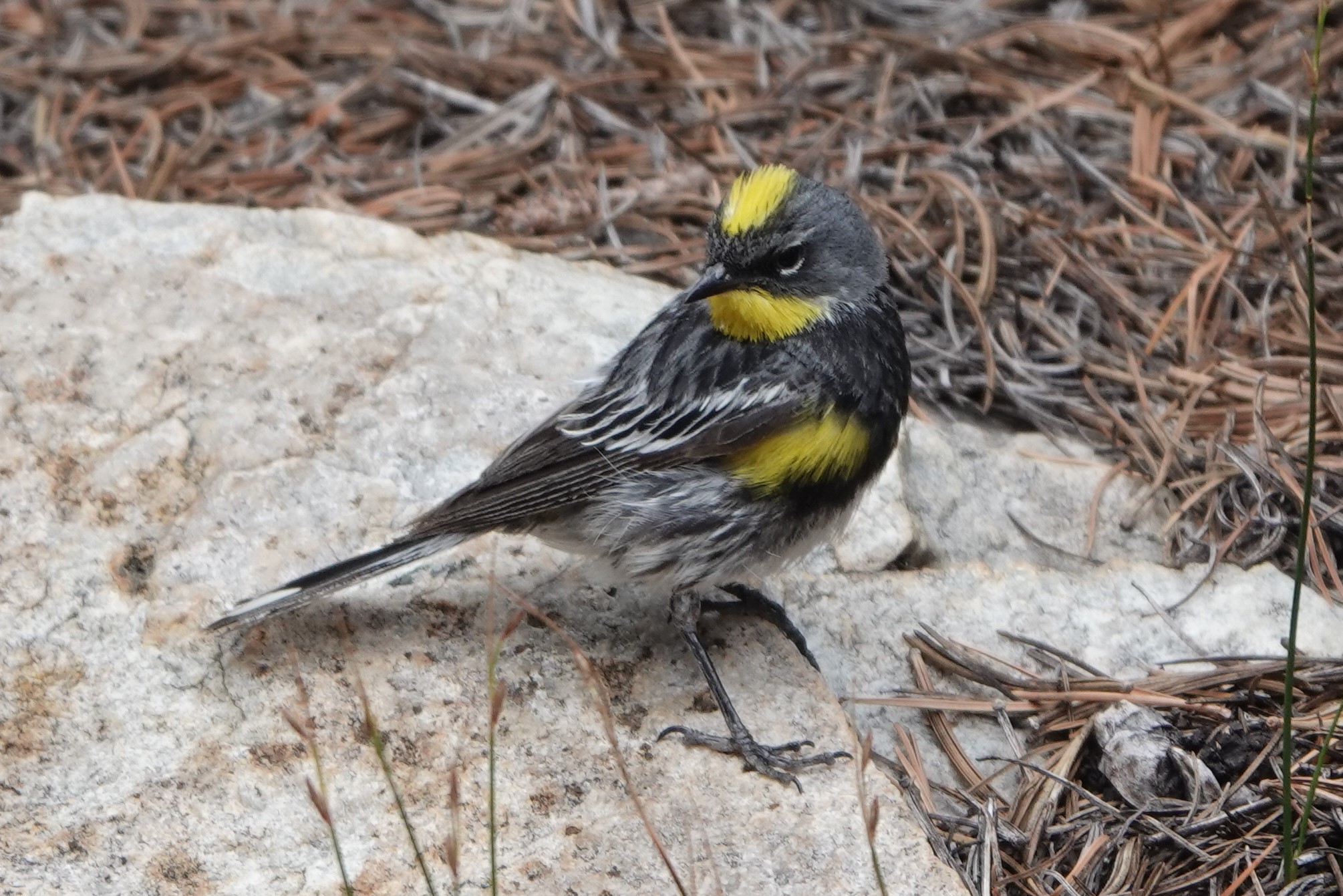 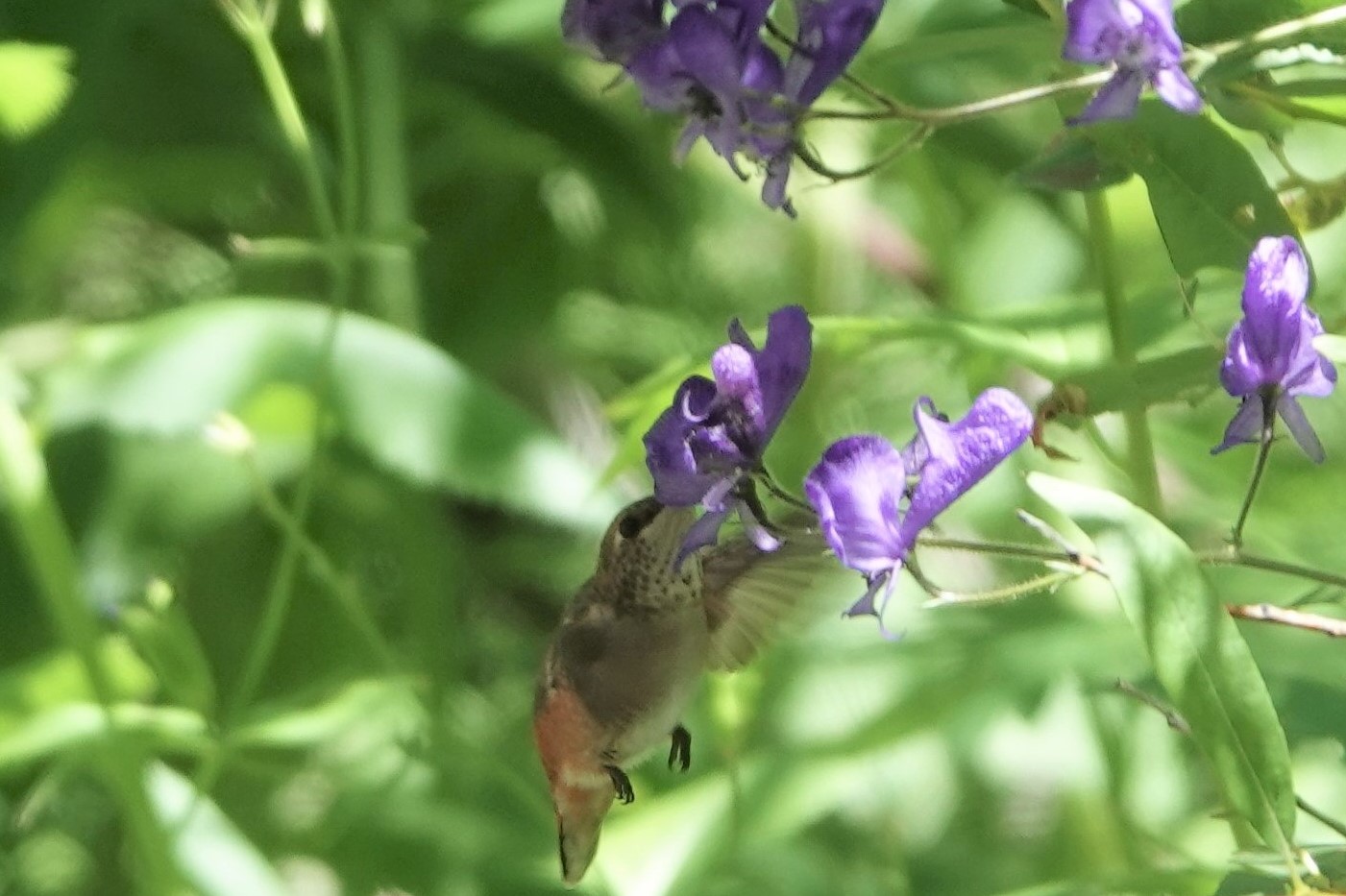 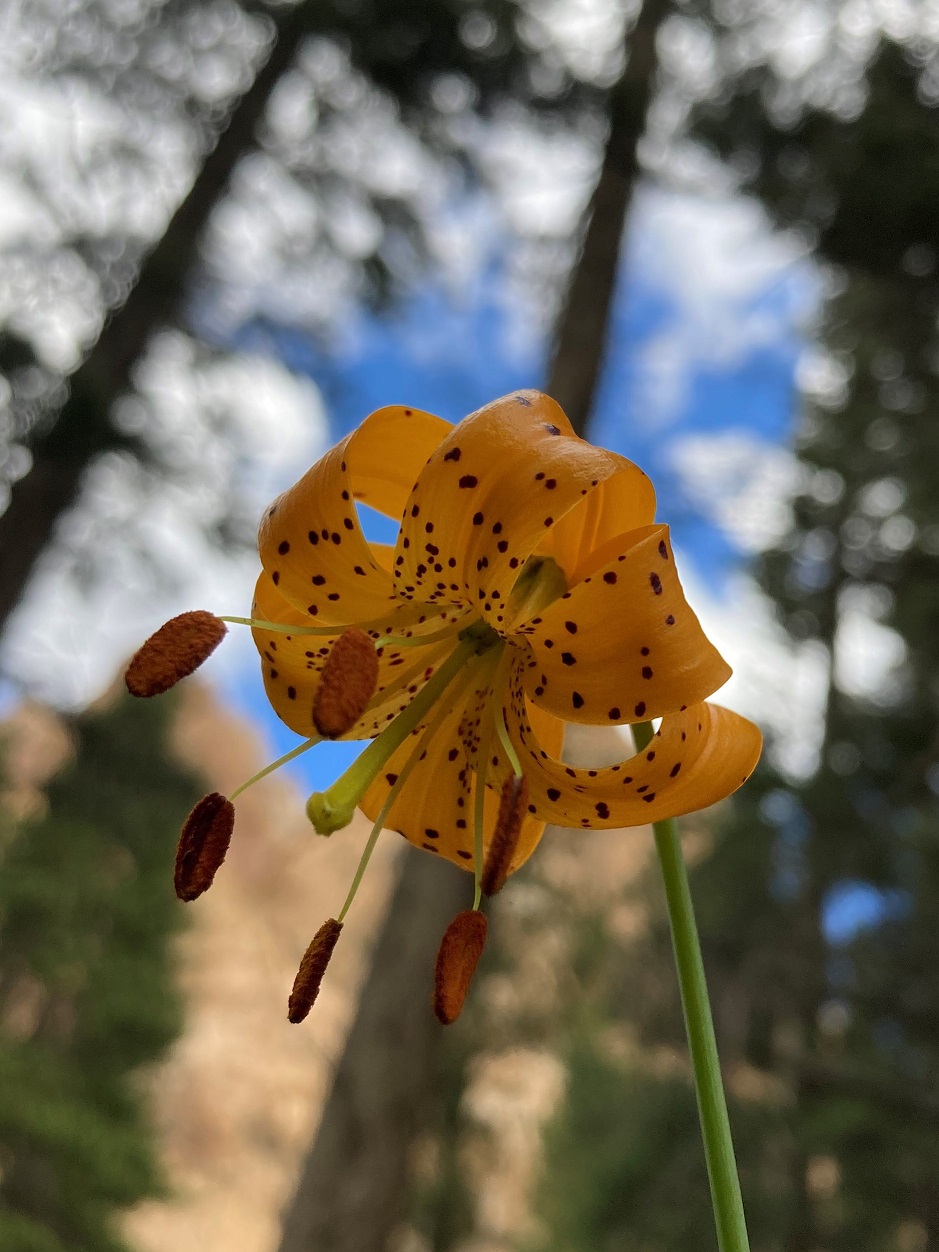