Good morning on Thursday, November 3, 2020: National Sandwich Day. As you read this I’ll be heading from Davis to Stanford for the Academic Freedom Conference tomorrow and Saturday, and I’ll have virtually no time to post. Bear with me; as always, I do my best.

There will be no Nooz today, and only a couple of tweets. But of course we have Hili.

I would urge readers to use this as an opportunity to discuss what’s on your mine. The election in Brazil? The discussions among Russian military about whether and when they should use nuclear weapons against Ukraine?  Is Elon Musk really going to reform Twitter? (He just met with civil rights groups and pledged not to reinstate banned accounts—including that of Trump—until a clear process is outlined for reinstatement; that won’t be before the midterms). And how badly will the Democrats lose in next week’s elections? Have a look at the new Five Thirty Eight forecast with, for the first time, the odds favoring the GOP’s taking both the House and the Senate, and read the associated piece, “The case for a Republican sweep on election night.” 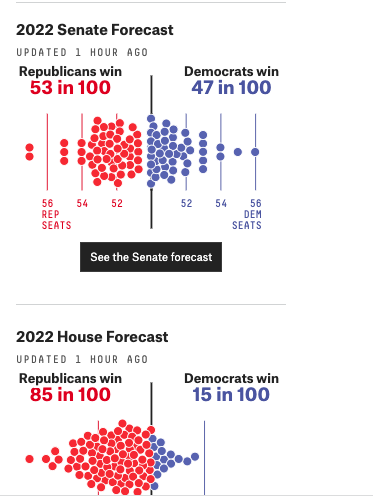 Put your thoughts on these or any other issues in the comments.

Hili: I’m looking into the darkness.
A: And what do you see?
Hili: Darkness. 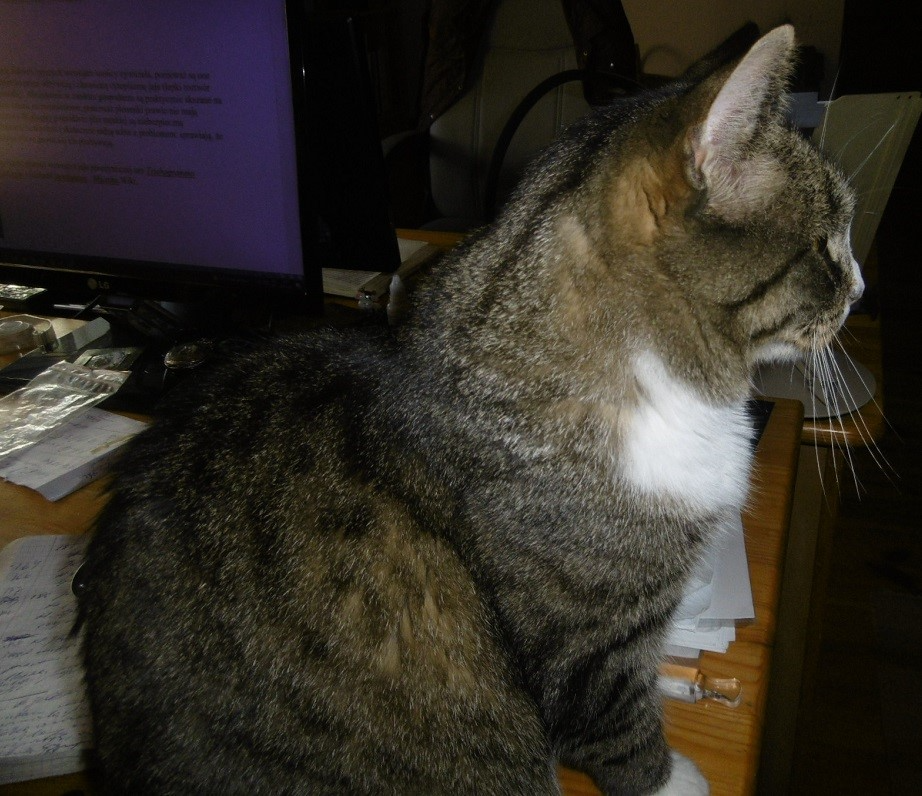 A tweet from God responding to Flavio Bolsonaro, a politician (accused of corruption) who’s the son of the just-now-defeated former President of Brazil, Jair Bolsonaro. (What happens now in Brazil, given the closeness of the election, will be interesting.)

Translation: Bolsonaro tweet: “They have the system, we have God.”

God’s response: “Leave me out of this, asshole.”

Today we are announcing our intention to remove Iran from the UN Commission on the Status of Women. Given Iran’s brutal crackdown on women and girls protesting peacefully for their rights, Iran is unfit to serve on this Commission.

To the protestors: we see you and we hear you.

A clever video sent in by Malcolm:

Just massive kudos for the person who created this Halloween squirrel feeder pic.twitter.com/urlKXsR5ot

A great Halloween costume for a d*g!:

From the Auschwitz Memorial: This man lasted but six days:

3 November 1912 | A Polish Jew, Baruch Majbruch, was born in Tarnów. A bookbinder.

A lovely porcupine. There are several species of prehensile-tailed porcupines, all in the genus Coendou and all from South America.

Meet Petunia, a prehensile-tailed porcupine and one of the Zoo's Ambassador animals. Petunia is working with her animal care staff to become desensitized to new sights and sounds. As she becomes more comfortable in different settings, this allows more guests to learn about her. pic.twitter.com/5xnYHyv2mB

Look at this smart moggy!:

Little girl teaches a cat how to use a treadmill..🐈👼😍