Today we feature insect photos taken by reader Bruce Budris. His notes and IDs are indented, and click on the photos to enlarge them:

I haven’t contributed to this feature in a while, but I have a some new insect photos that you may share with your readers if you’re so inclined.  All of these pictures were taken in Columbia County, NY.

The first in a focus-stacked image of a Tiny Yellow Fly (Genus: Gymnochiromiya) on a matching yellow flower.  The fly is approximately 3-4 mm in length. 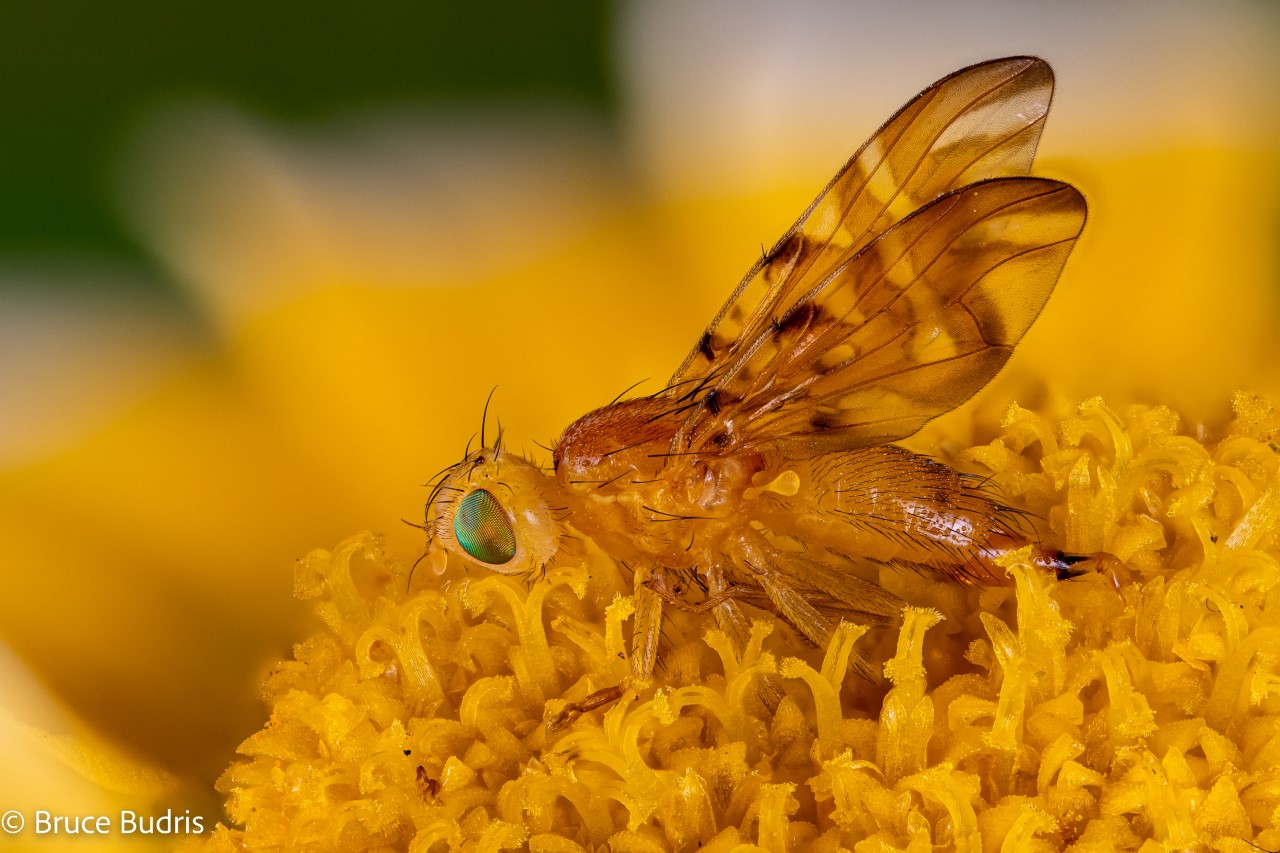 The second photo is, I believe, a pair of tiny Gorse Seed Weevils (Exapion ulicis) on a budding pink clover.  The weevils are about 2-3 mm in length.  This was a lucky accident as I was photographing the blooming clover only to discover the presence of the weevils (in focus, no less) later on when reviewing my flower shots: 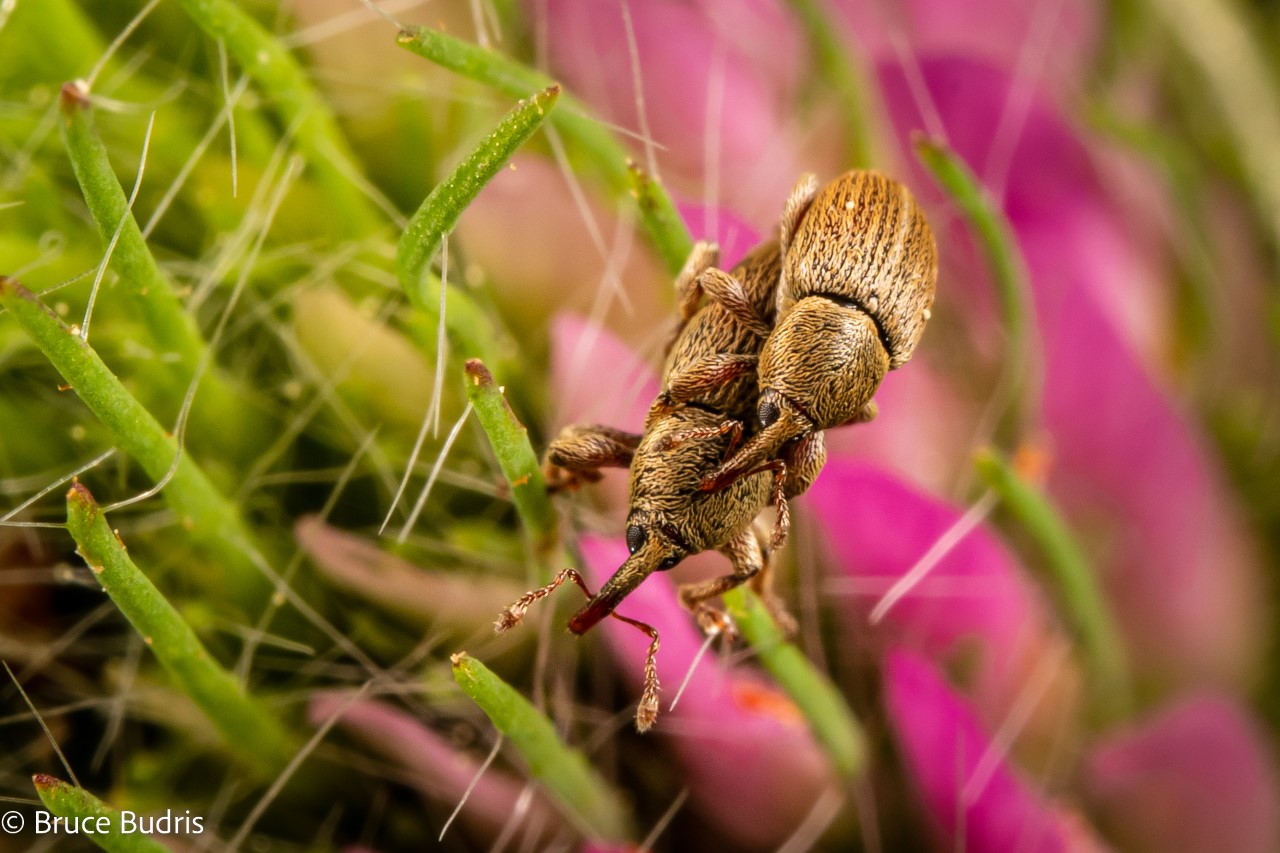 The third photo is a focus-stacked image of a resting Isabella Tiger Moth (Pyrrharctia isabella) which is the adult stage of the Woolly Bear Caterpillar: 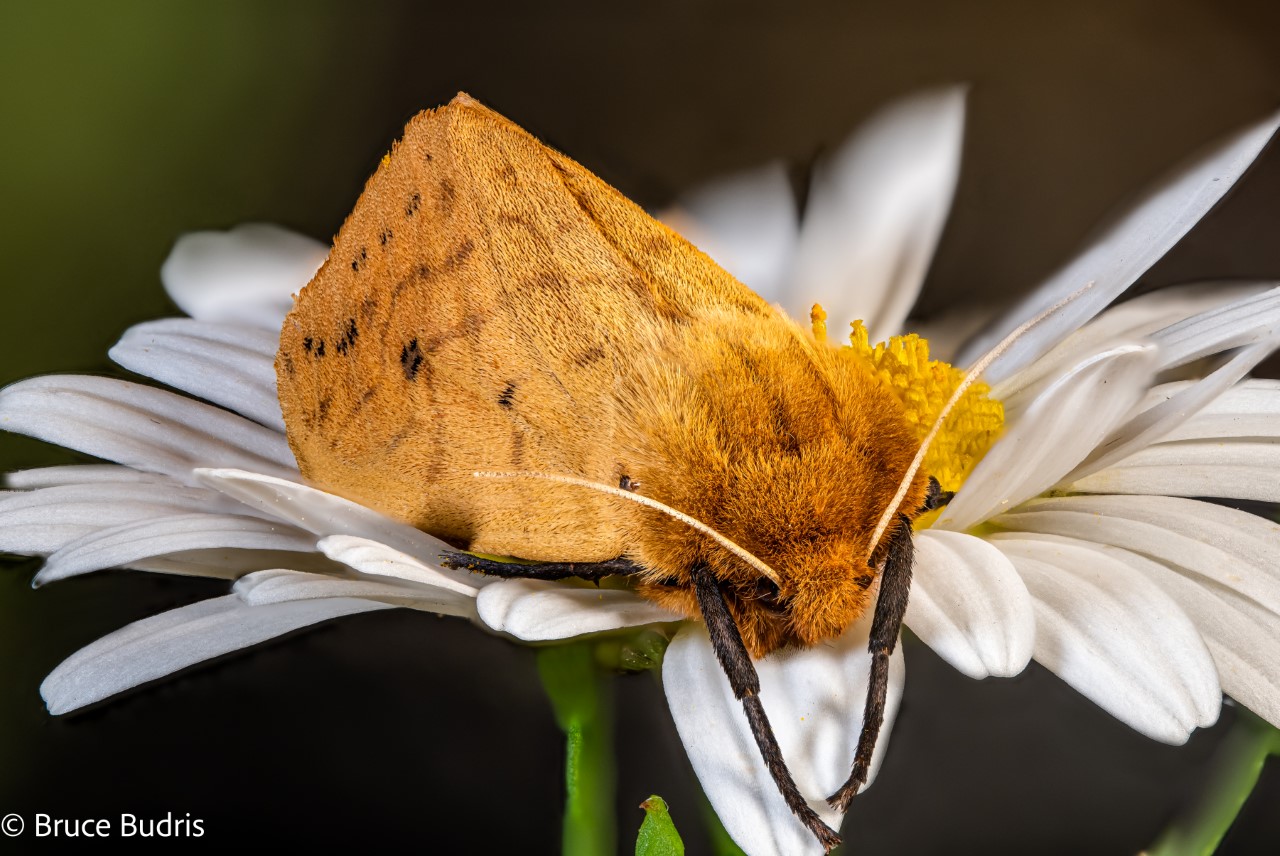 This photo is focus-stacked image along the length of Black Swallowtail Caterpillar (Papilio polyxenes) resting on the branch of a dill plant. While usually more green than yellow, this one, and others we have here are decidedly more yellow: 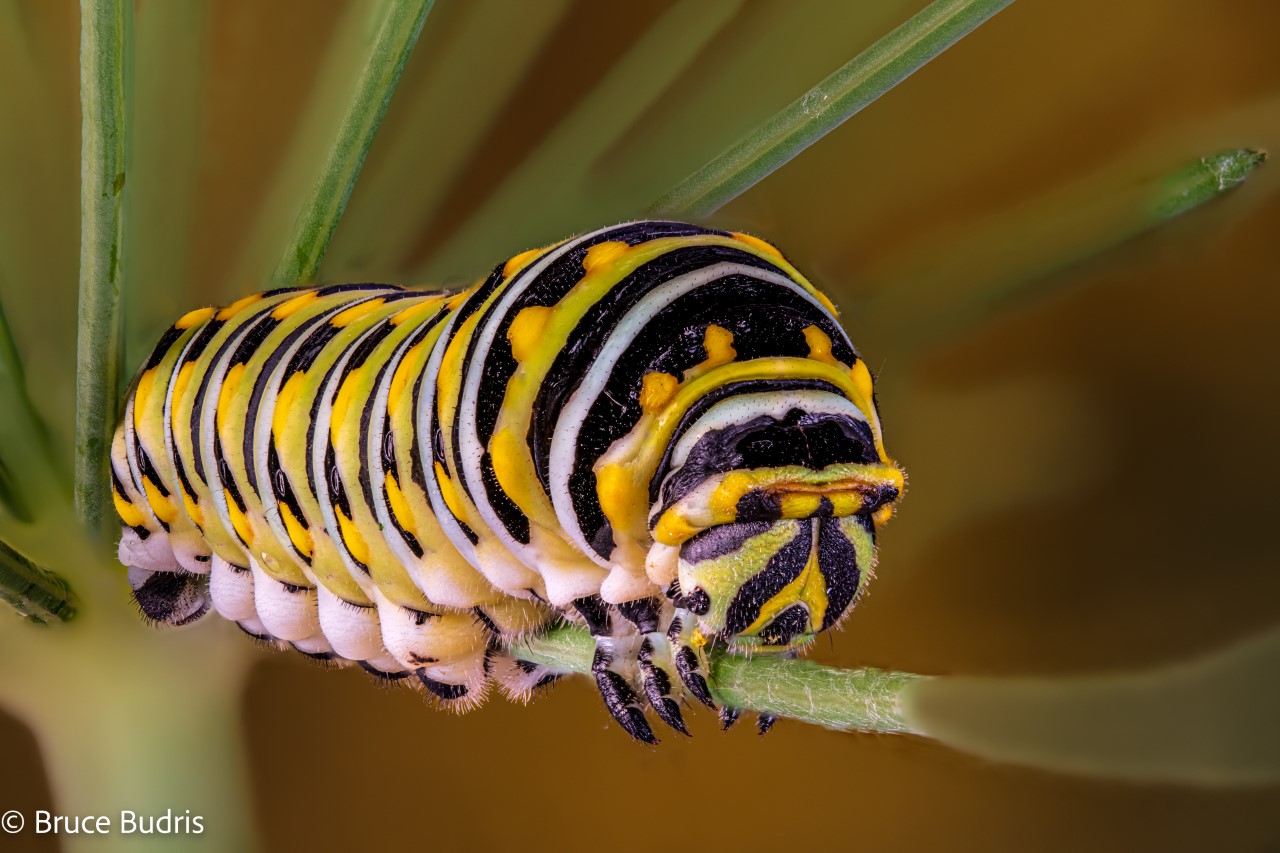 After nicely accommodating a lengthy shoot, the caterpillar above has returned to feeding. 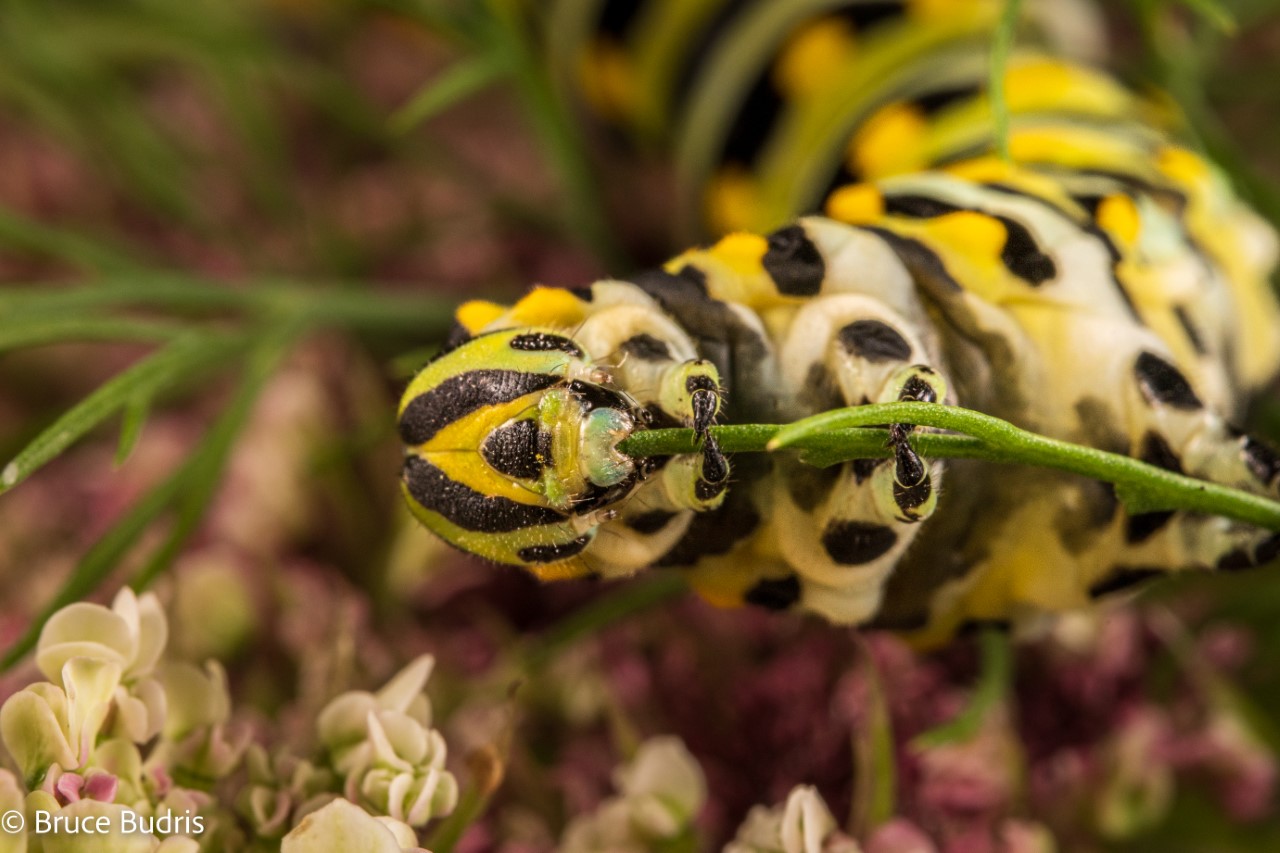 This photo is a Tan Jumping Spider (Platycryptus undatus). This is the only focus-stacked image taken outdoors and is slightly abbreviated since she only had so much patience with my repeated requests to remain perfectly still: 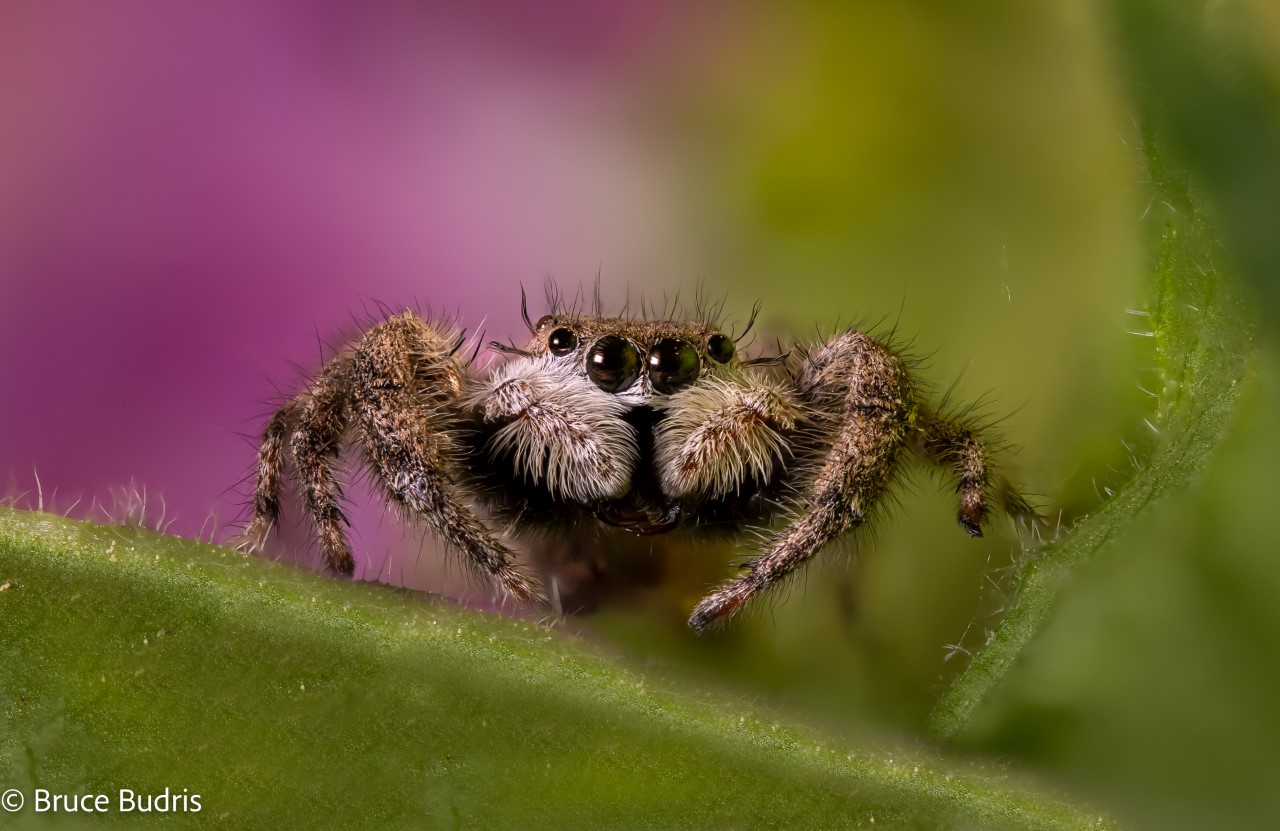 The always beautiful Hummingbird Hawk-Moth (Macroglossum stellatarum) with its transparent wings extended.  Always frustrating to try and photograph since they waste no time as they go about their business: 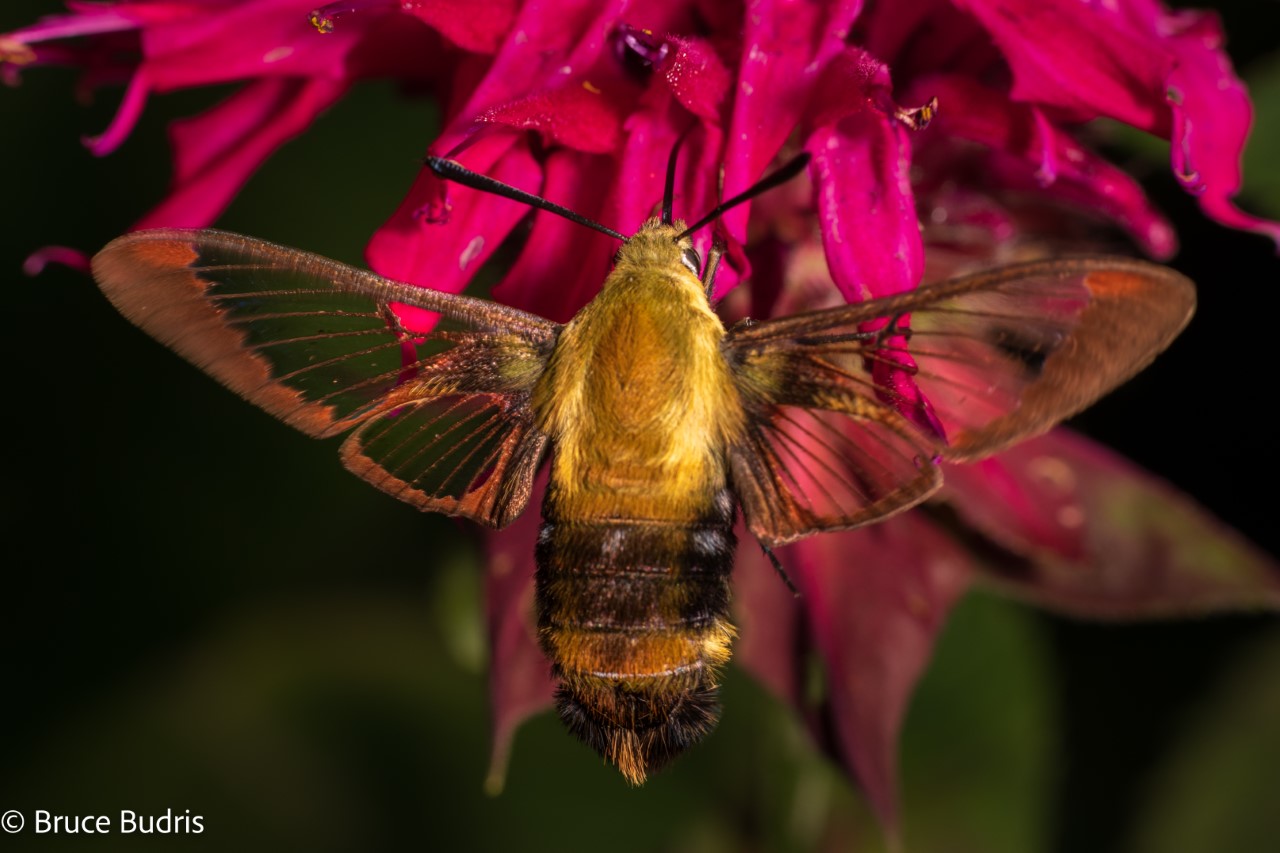 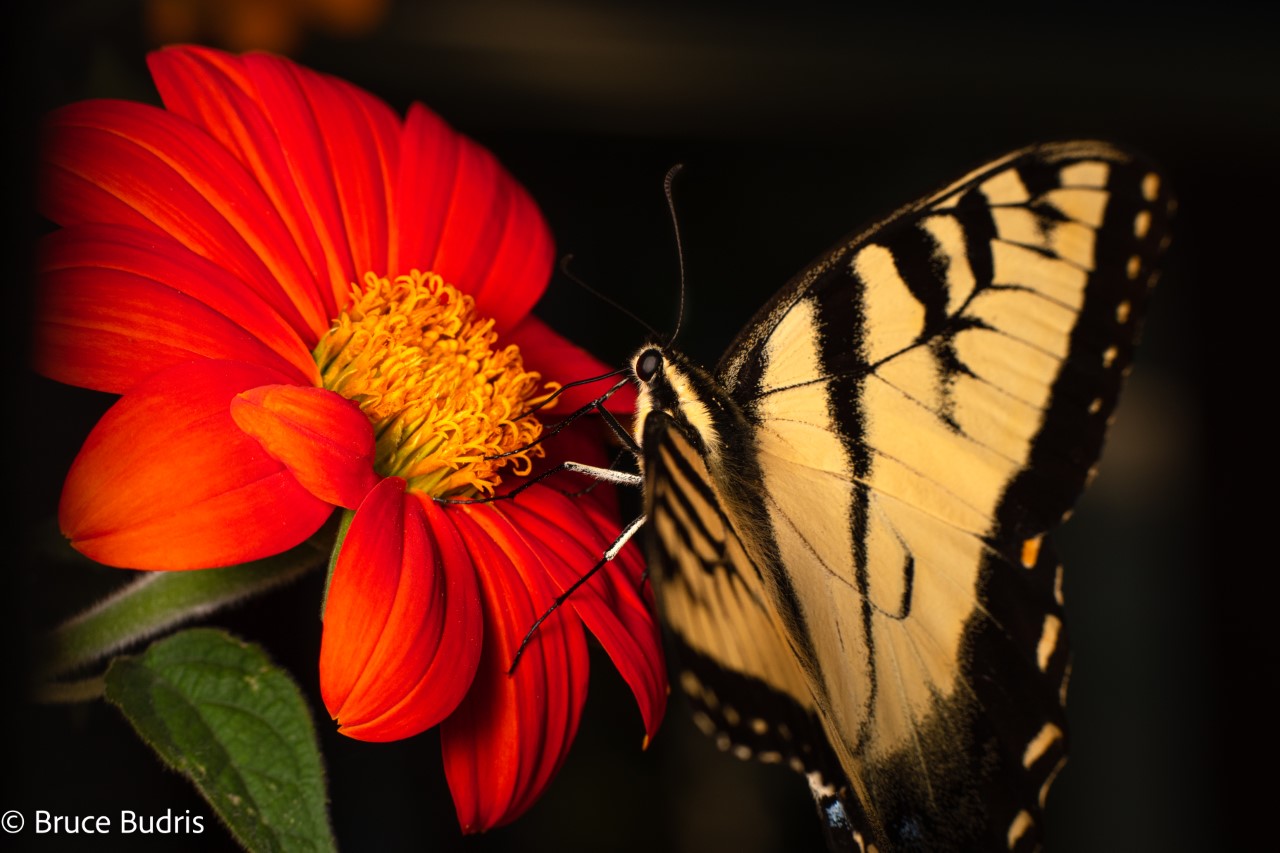 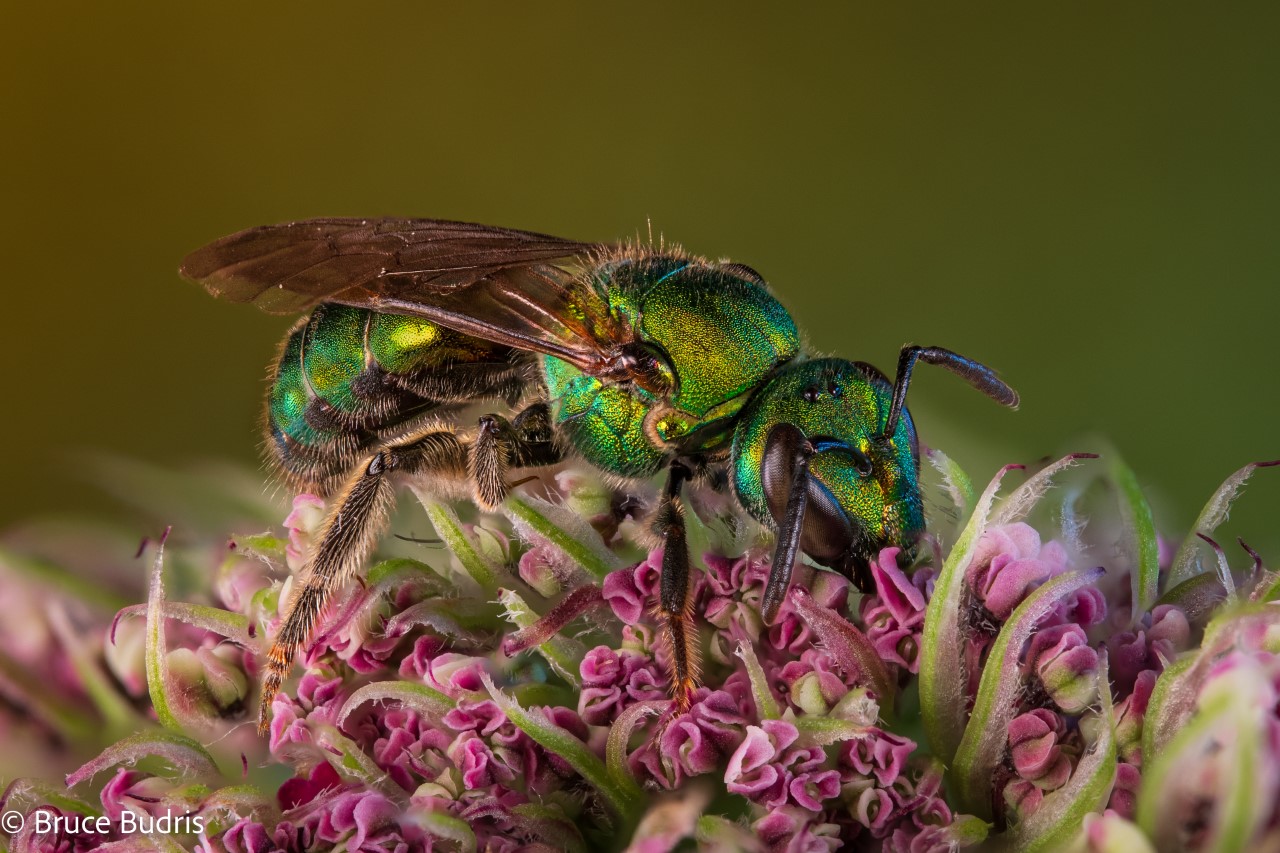 The last two photos are of a female Reddish-Brown Stag Beetle (Lucanus capreolus).  While outside, she flew into me in the dark and latched on with her barbed feet (they are terrible fliers).  I assumed it was a sign from the gods and proceeded to set up for some photography while carrying her around on my shirt.  It was not to be however, as once delicately removed from my shirt and added to a leaf in the studio, she proceeded to attempt a great escape. 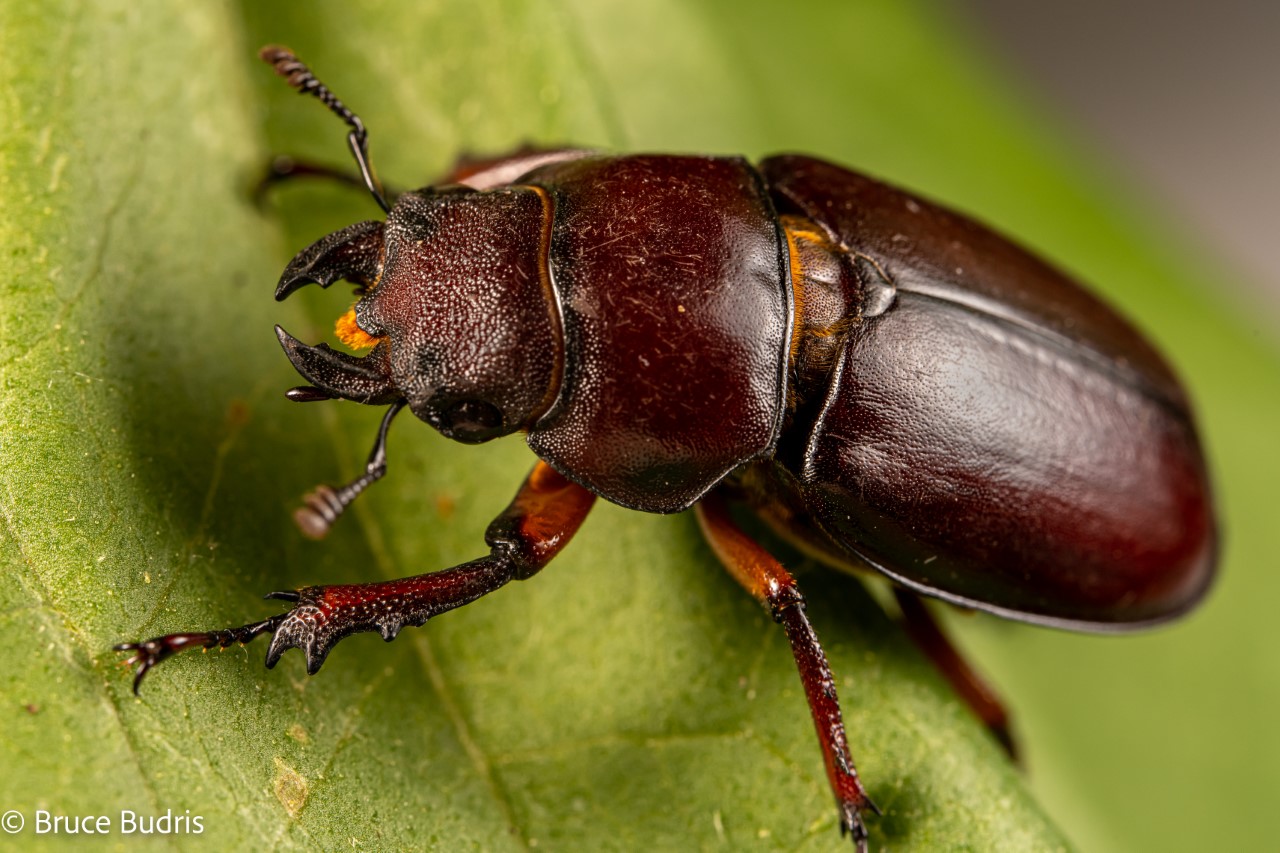 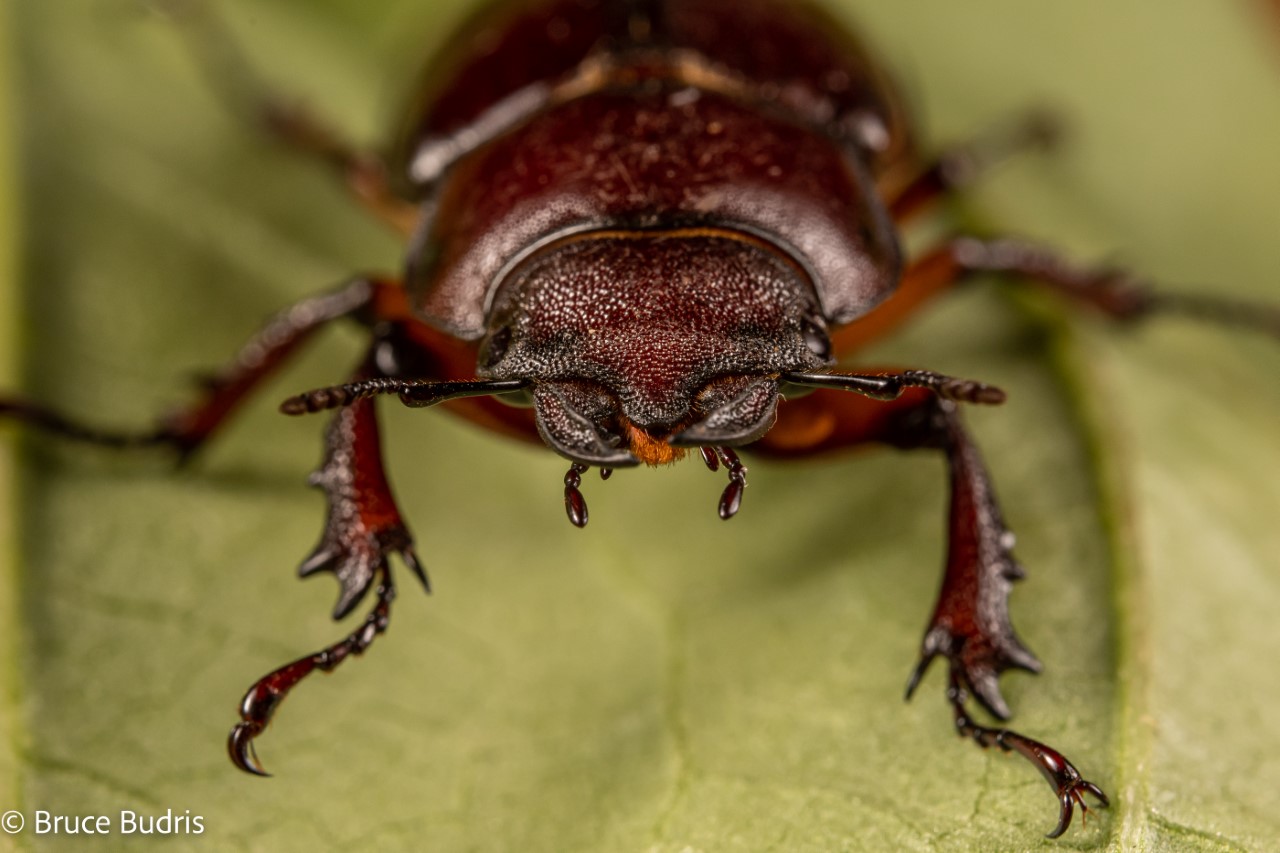