Today we have some fine Hawaiian mollusk photos courtesy of reader Scott Goeppner. His captions and IDs are indented, and you can enlarge the photos by clicking on them.

The following photos are photos of snails taken during several visits to Honolulu where my sister lives. I’m not an expert in snail identification, especially not land snails, so please take my IDs with a grain of salt!

First up, some tidepool snails. The dotted periwinkle (Littorina pintado) seems to be one of the most common marine snails Oahu’s beaches. Pretty much any rocky area near the shore is likely to house at least a few of these snails: 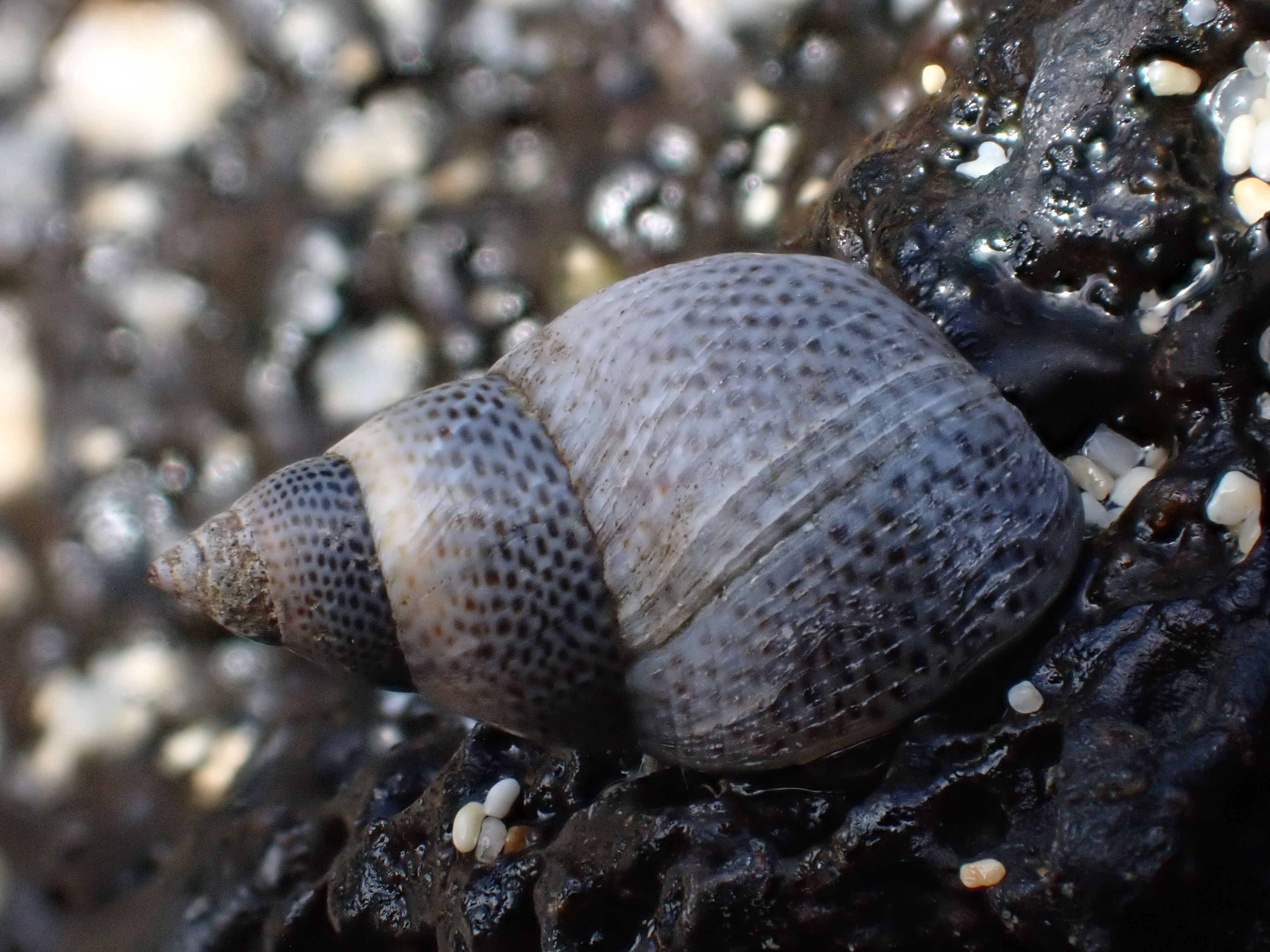 The next photo is another common snail on Oahu’s beaches, the black nerite (Nerita picea). These snails can also be found on virtually any rocky surface near the shore. 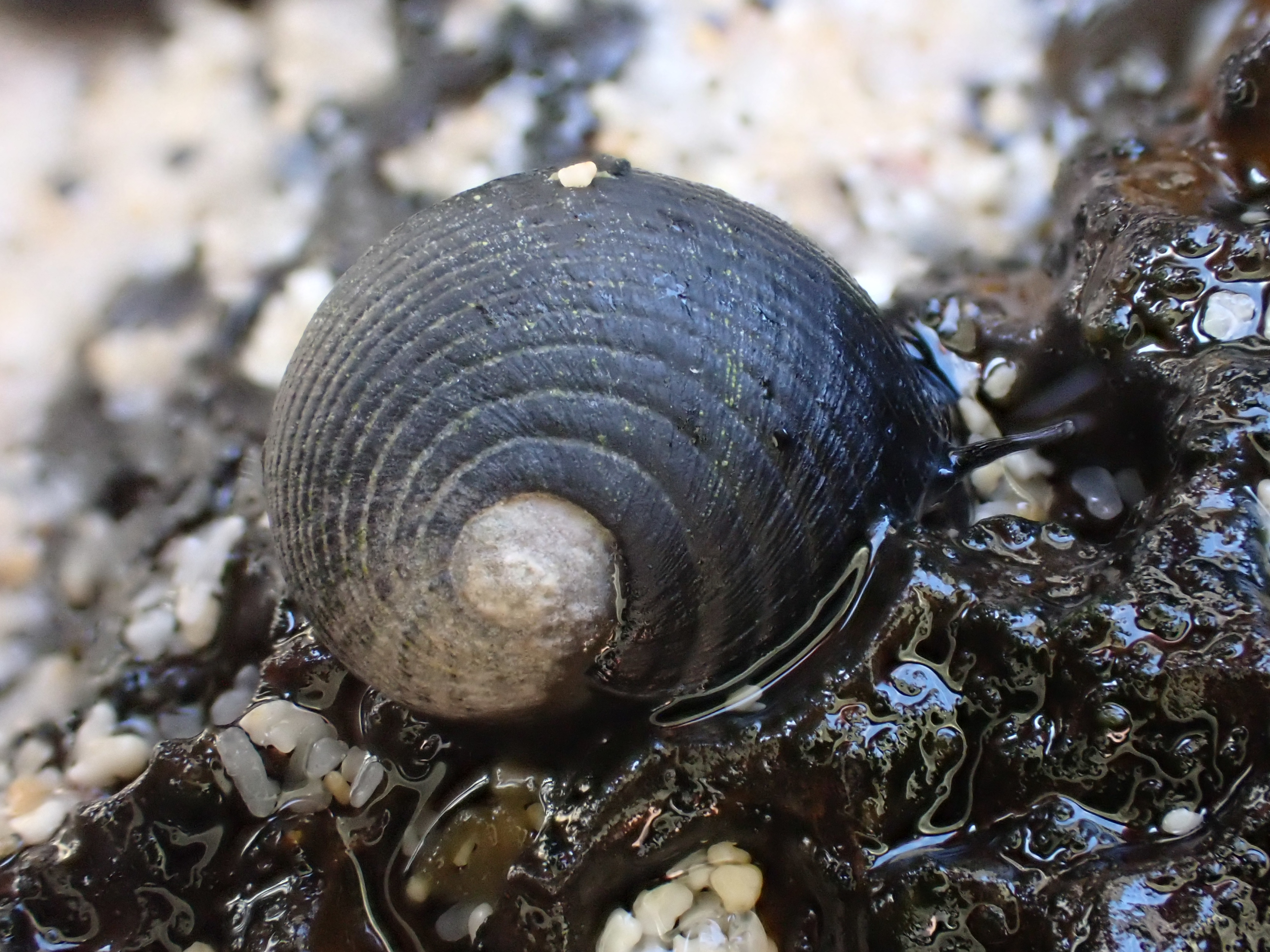 I’m not sure the species of this snail. It appears to be some type of predatory drupe snails (Family Muricidae) 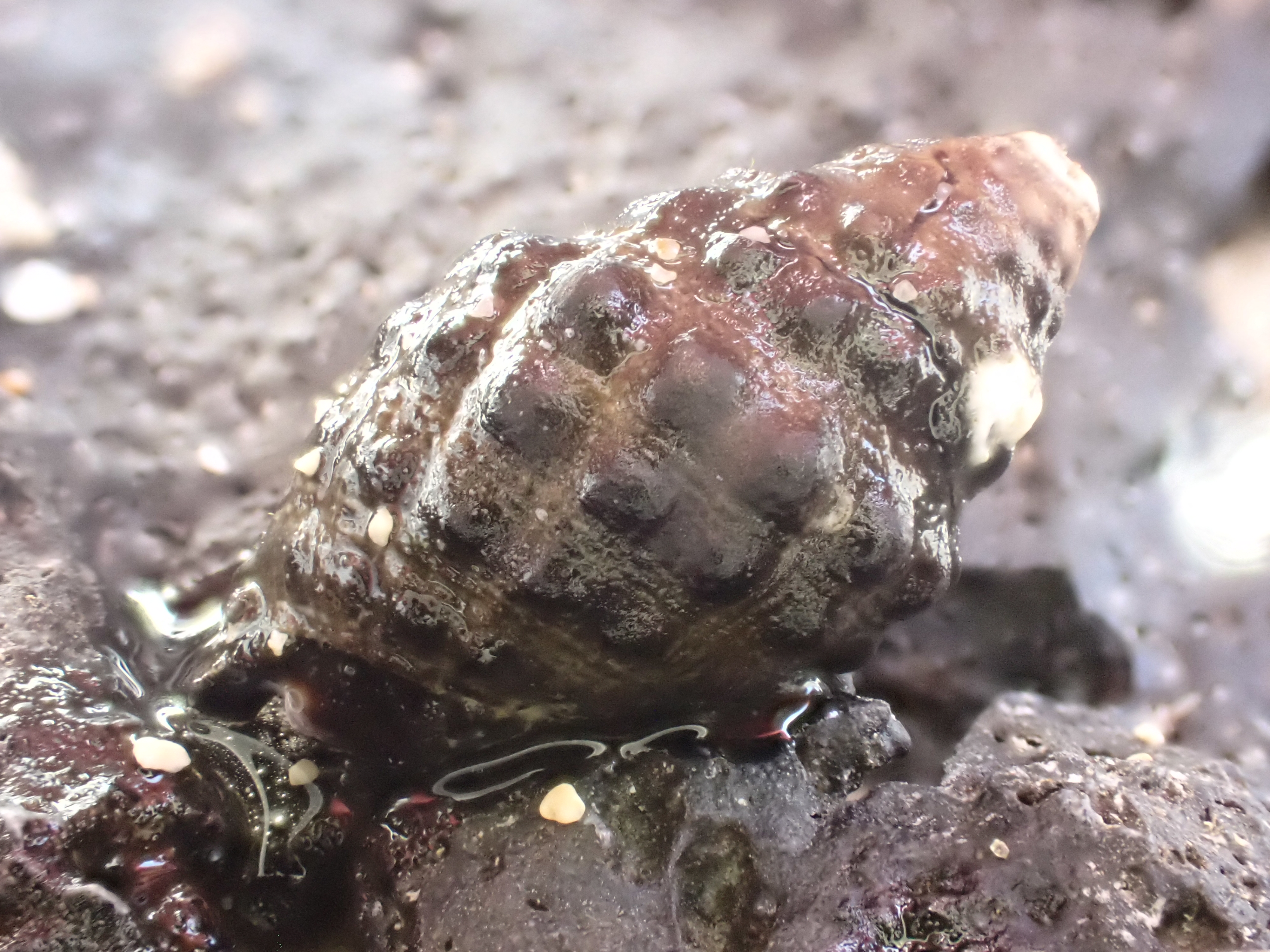 Hawaii has an incredible diversity of native snail species, but unfortunately most these snails are critically endangered or extinct. I have never encountered any of these native snails, but I included a photo of one of the native tree snails (Achatinella bulimoides). They are very pretty!

The decimation of native land snails in Hawaii has occurred as a result of habitat loss and predation by invasive predators. Below is one of the most insidious of these invasive predators, the Rosy wolfsnail (Euglandina rosea). 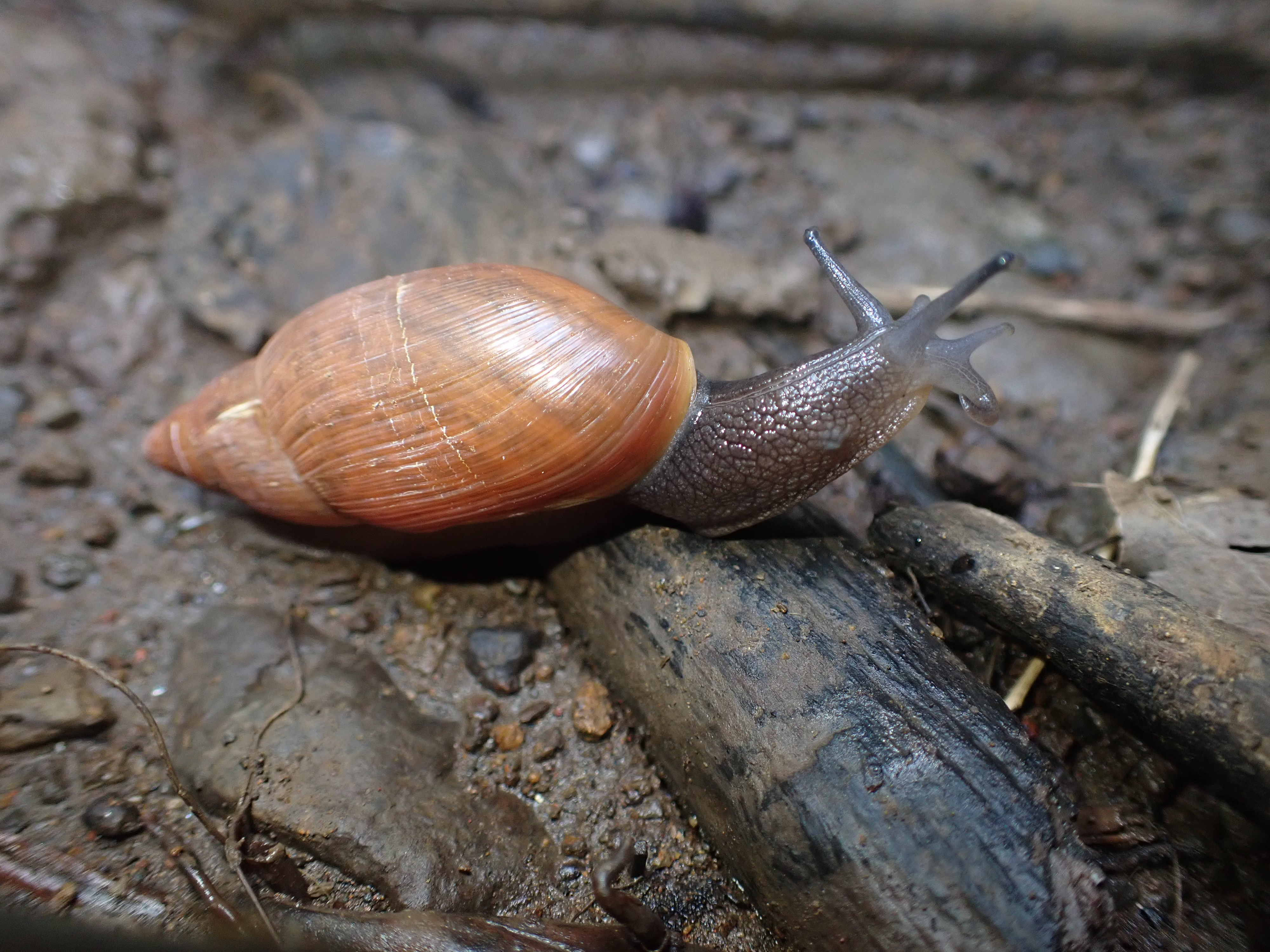 The Rosy wolf snail is native to the southeastern United States where it hunts other snails by following their slime trails. It was introduced deliberately to Hawaii in the mid-1950s to control another invasive snail, the giant African land snail (Achatina fulica): 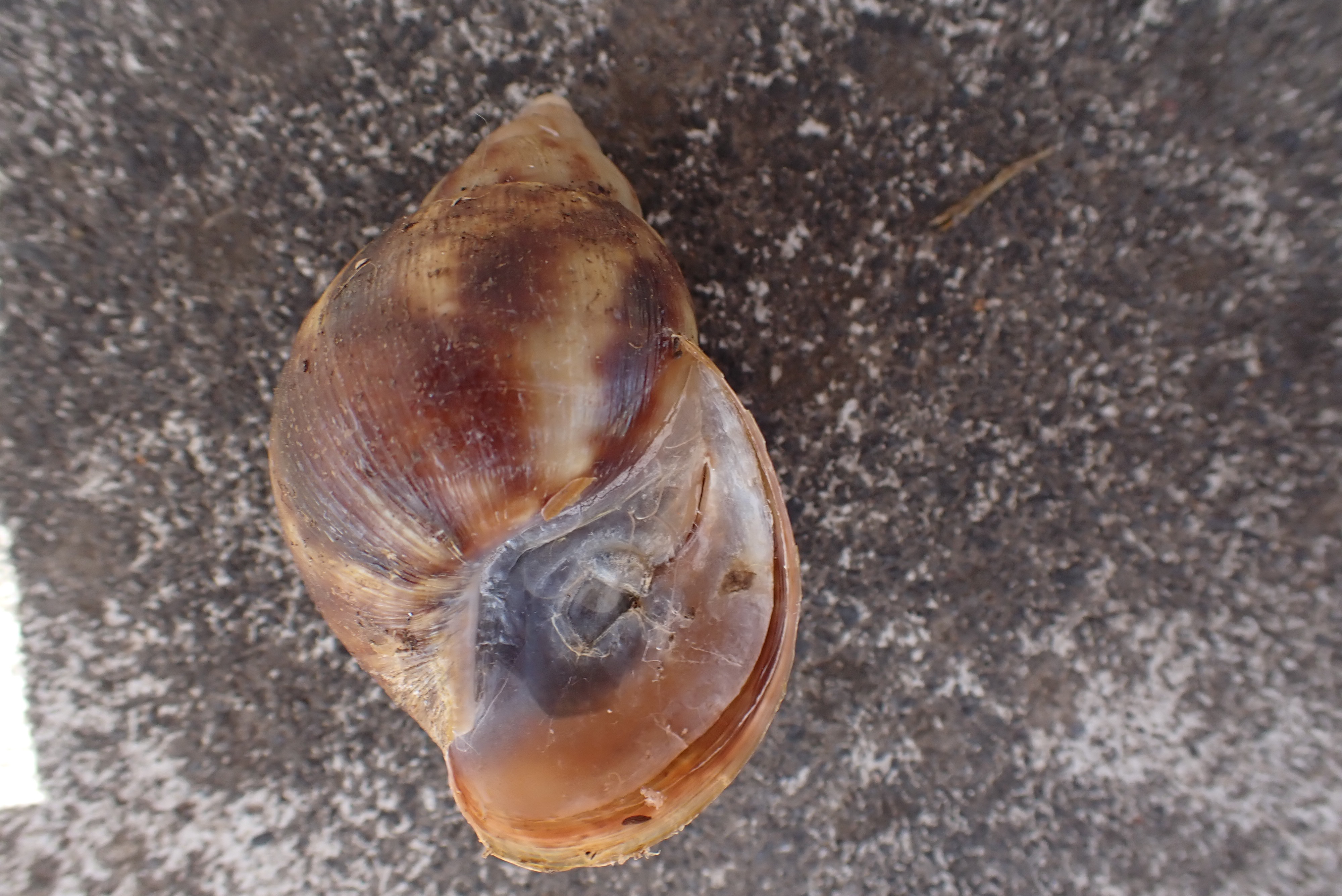 This turned into an unmitigated disaster.  Instead of depleting giant African land snails, the Rosy wolf snail decimated populations of native snails. The Snail Extinction Prevention Program (SEPP) in Honolulu is currently working to preserve the snails that are left. They operate a captive breeding program for Hawaii’s native snails and maintain predator-proof exclosures into which captive bred snails are released.  Readers can learn more about the program here.  Their website also has some beautiful photos of the snails they are working to preserve!

A few other invasive snails:

First, the Asian Tramp snail (Bradybaena similaris). This snail is native to Southeast Asia. It is highly adaptable and has invaded tropical environments worldwide. They are small and have a rapid life history, making them easy to accidently transport, and allowing them to rapidly establish populations when moved. 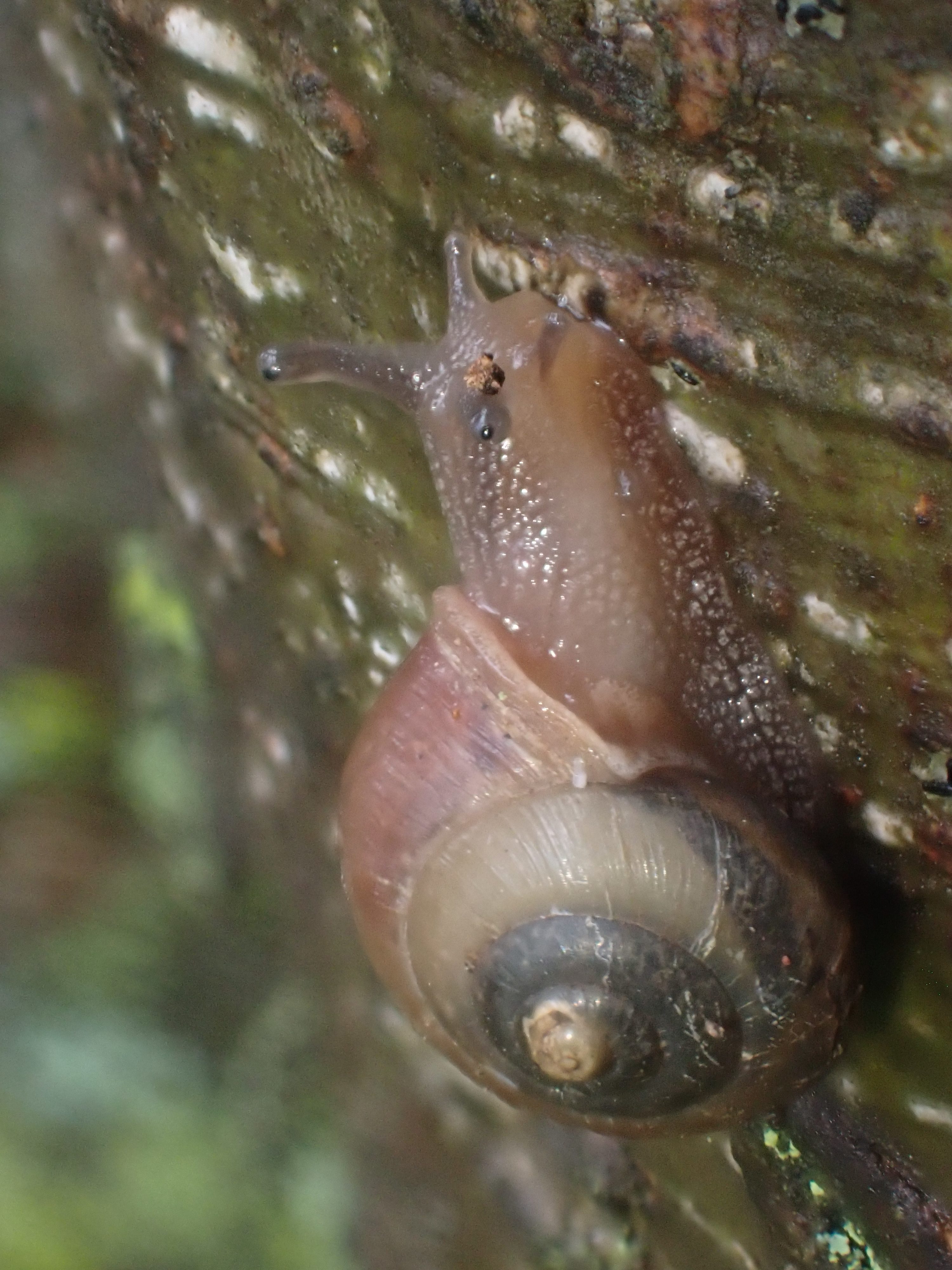 And what I believe is a species of awl snail (genus: Allopeas): 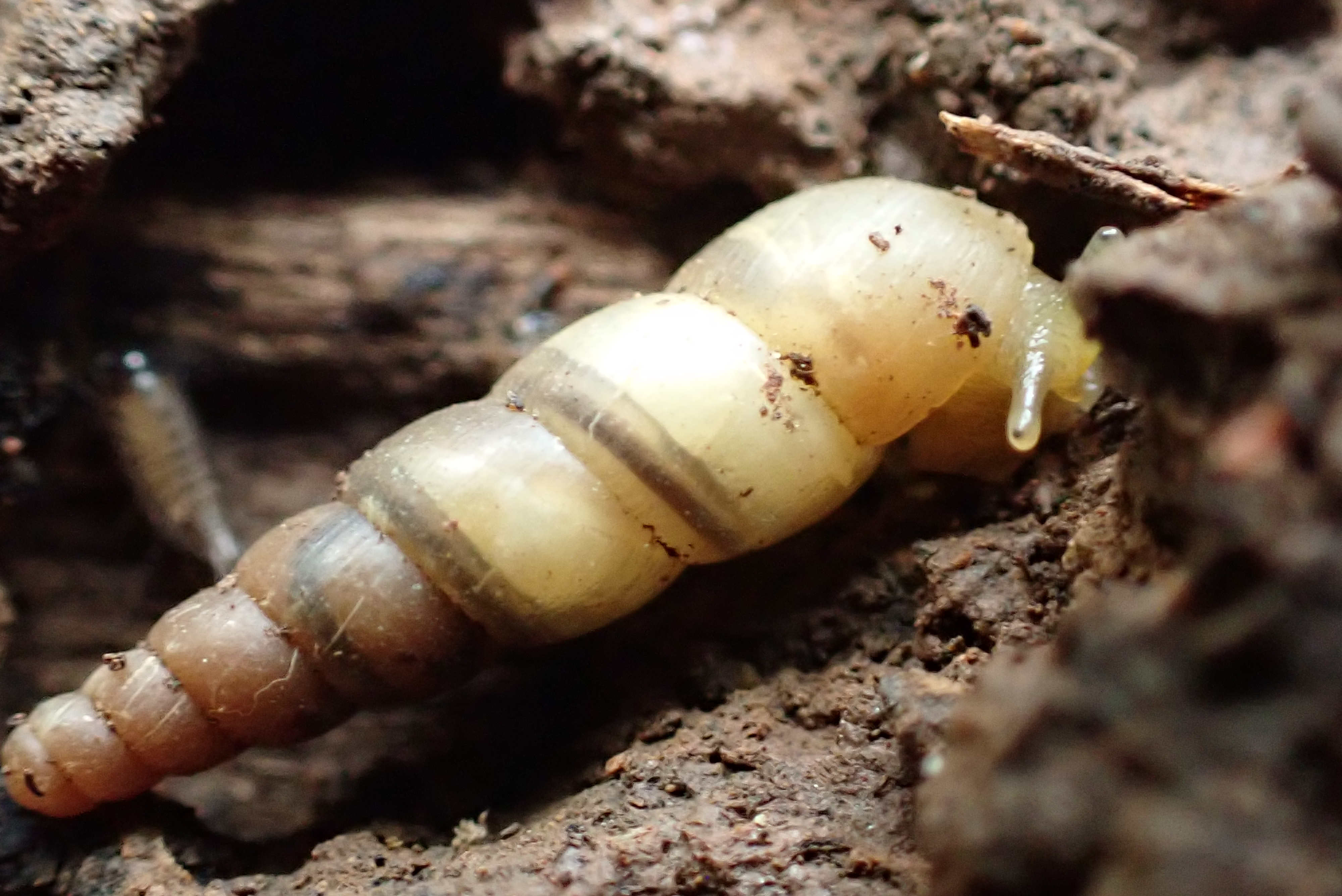 And to conclude, here are some photos of land snails I could not identify. All these snails were tiny (~1-2 mm length) and were photographed on public trails in the Round Top Mountain preserve. 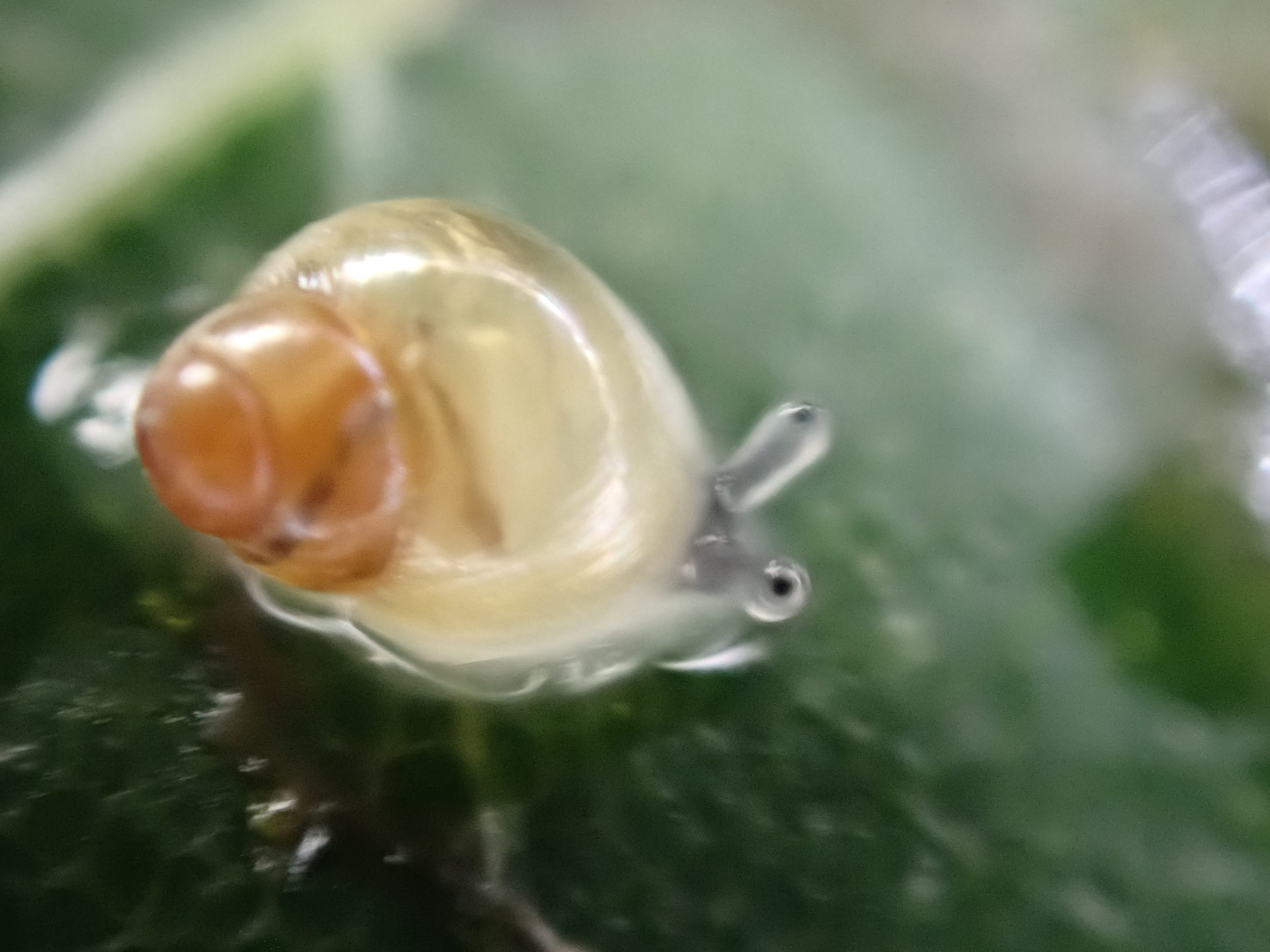 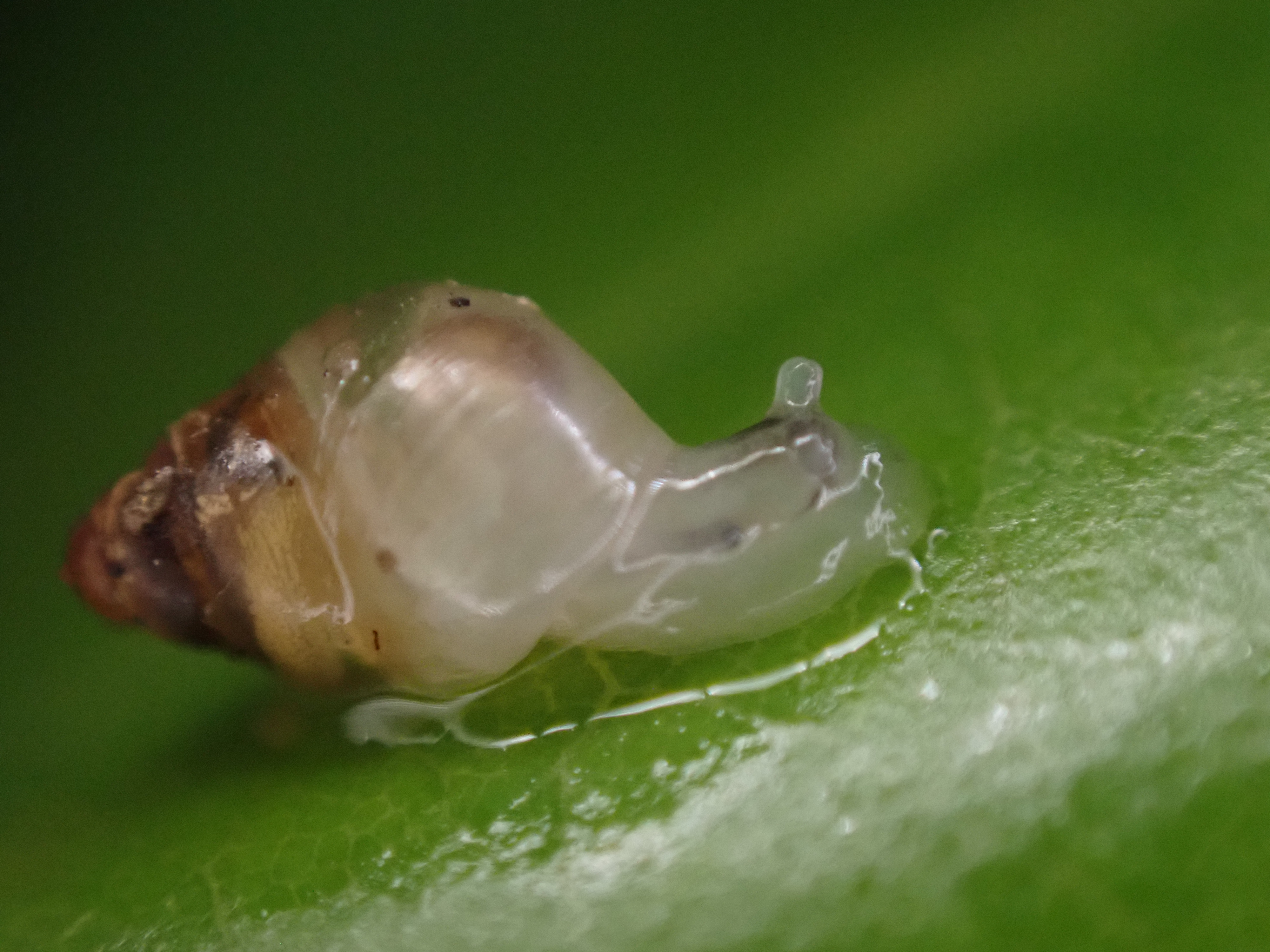 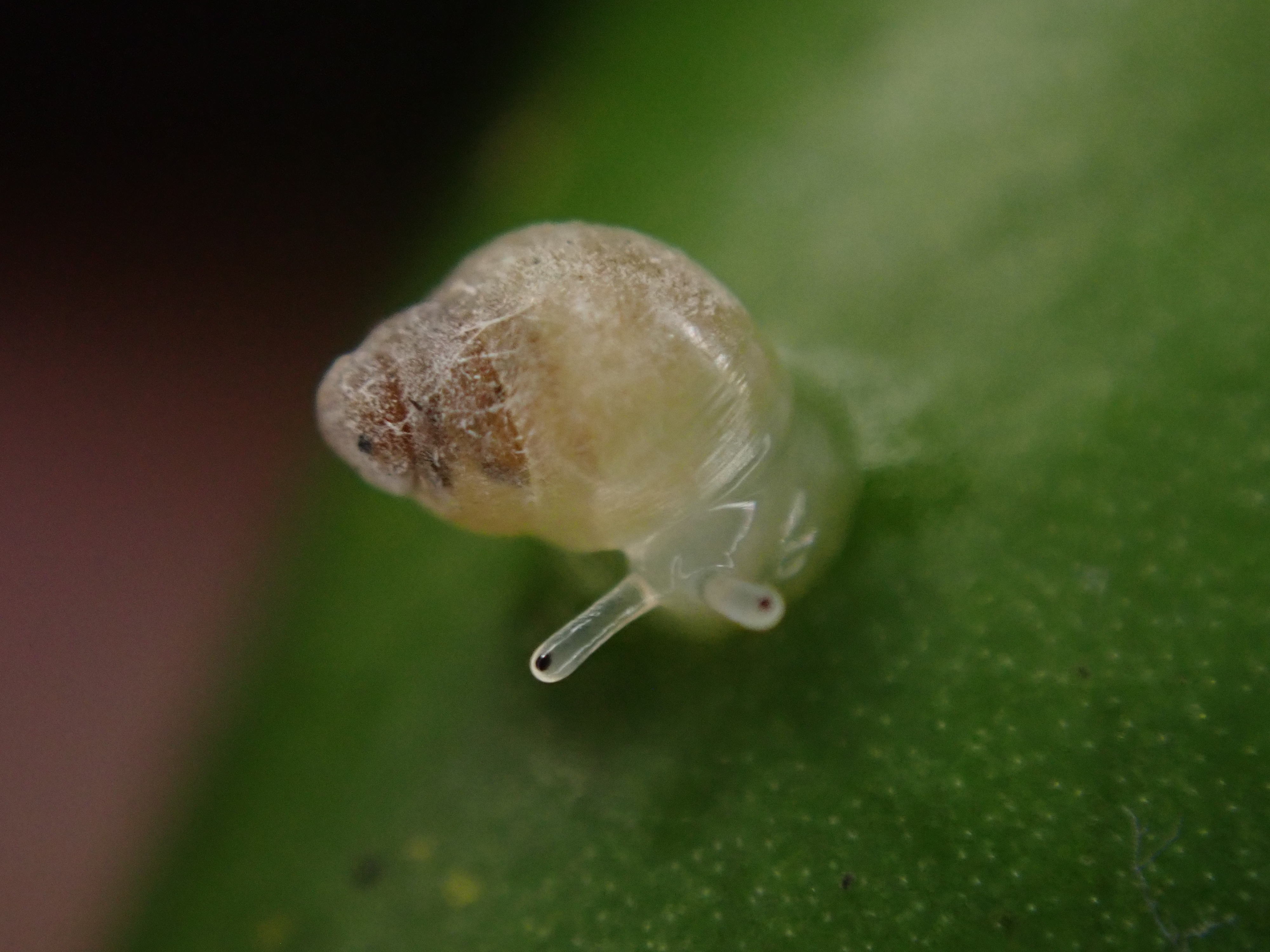 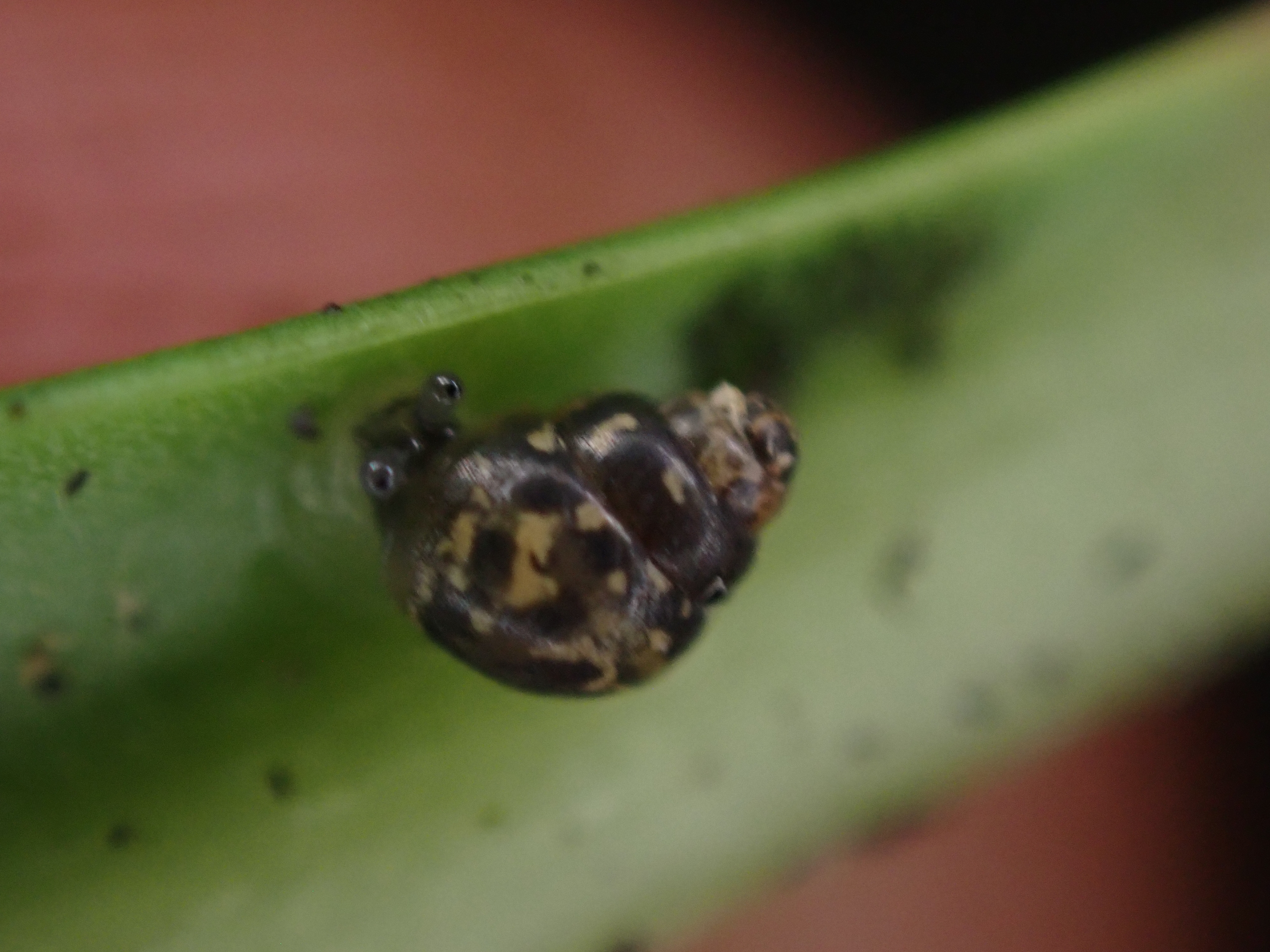 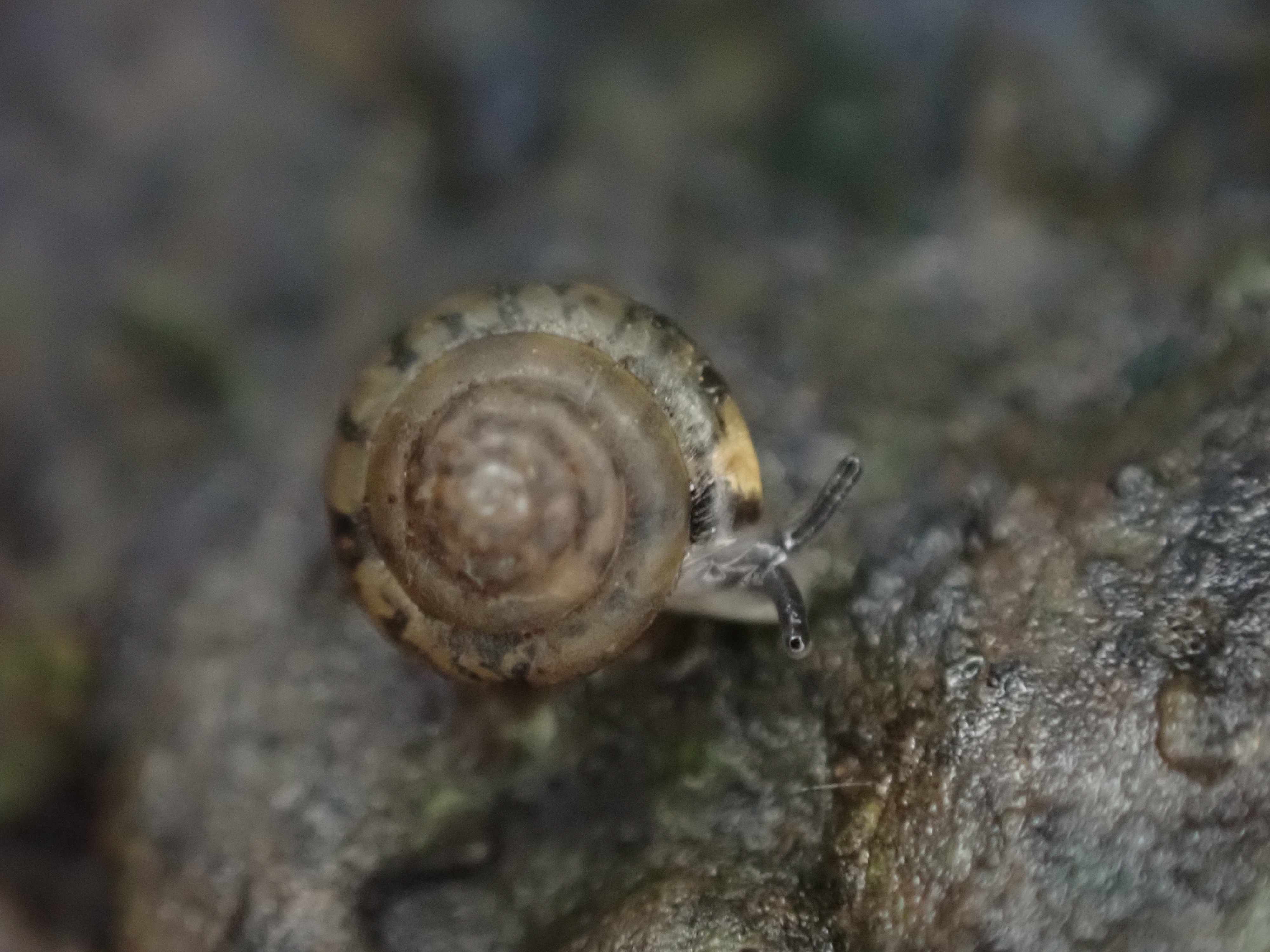 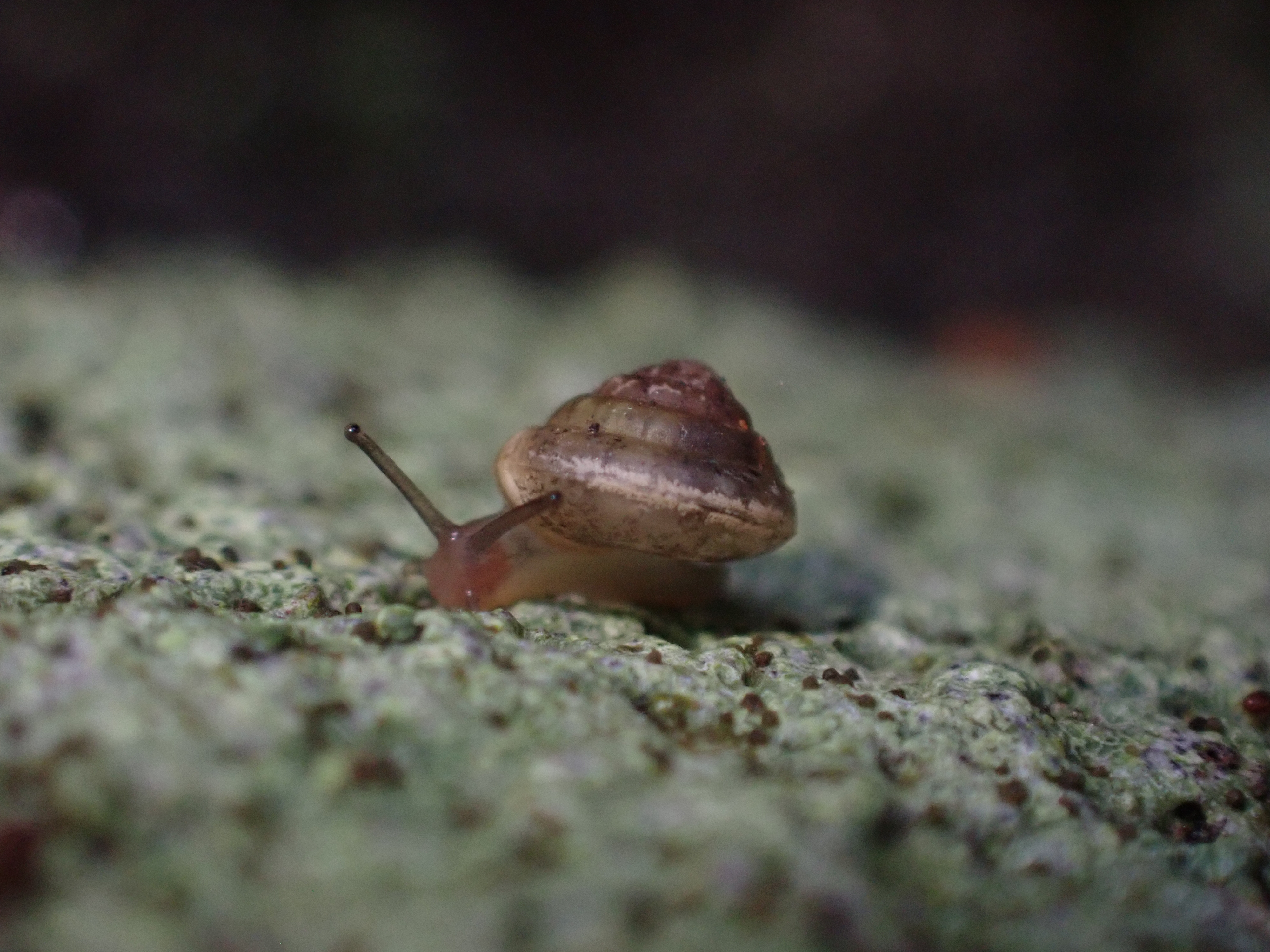 And a final note for readers who may visit Hawaii: Land snails in HI carry rat lungworm, an unpleasant parasite that infects the nervous system in humans. It’s best to avoid touching the snails in HI and to wash your hands immediately if you do!