I finally managed to get a full night’s sleep last night, even though it consisted of my repeatedly surfacing to near consciousness and then diving back down to full sleep. The good news is that this alternation of states was as bracing as a full eight hours of sleep. I didn’t lie awake worrying about getting to sleep, and I awoke refreshed and full of energy.

But that’s not my point here. The point is that I had weird dreams all night, but they were all variations on the same theme: UNWANTED FISHCAKES.

The dream was this: I was with two old friends, and we were in some strange place trying to get a meal in a restaurant. But when I ordered something, I got FISHCAKES instead. The first dream, I recall, was fishcakes served with rice. And these weren’t even decent fishcakes: they were like compressed disks of gefilte fish, a fish I hate. I didn’t eat them.

I came partly awake, went back to sleep, and the dream continued. This time my friends were there, but more strange people wandered in, and we all sat down to eat. Once again I got FISHCAKES–the same odious piscine pucks–but this time with noodles on the side. Once again I rejected them, though I was hungry.

Again, I came partly awake and then dozed off. This time there were even more people, and we were in a large restaurant at a round table. We sat down, and though I didn’t order, the waiter placed a GIANT PLATTER OF FISHCAKES in front of me. I told him I didn’t like fishcakes, but that was all I could get. There must have been twenty of those noxious things on my plate.

The fishcake scenari;may have happened more than just these three times; I can’t remember. But I do remember these dreams vividly because I woke up (not fully) each time. (You usually remember the dreams that you have only right before you wake up.)

What does this dream mean? I have no idea, but since I’m not a piscivore at the best of times (I do like a good fish and chips), it would have to be classed as a nightmare.

I talked to two other friends who, without prompting, also told me that they had weird dreams last night. One was about an unhooded and unruly falcon, and the dreamer kept insisting that they put on its hood to calm it.

The fishcakes in my dream were not fried like these: 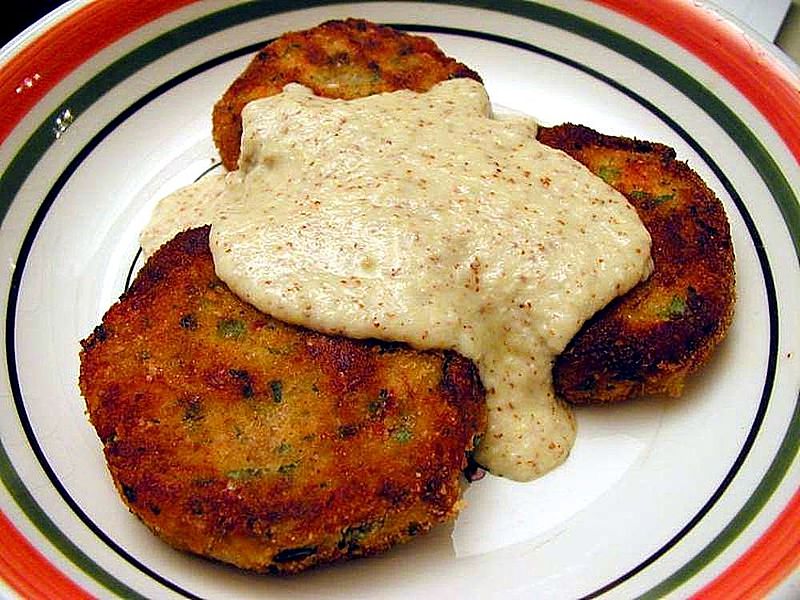 If you had a weird dream last night, please put it below.