Today we have a batch of frigid photos from Tony Eales in Queensland. Tony’s captions are indented, and you can enlarge the photos by clicking on them.

The cold, at least cold for here, weather has kept most of the bugs and beasties in hiding but the nice thing about this weather is dewy mornings. I went to the local national park and spent a good amount of time photographing dew on flowers and spiderwebs and such.

I discovered a nice flowering patch of a small species of terrestrial bladderwort that I haven’t seen before, Utricularia caerulea. 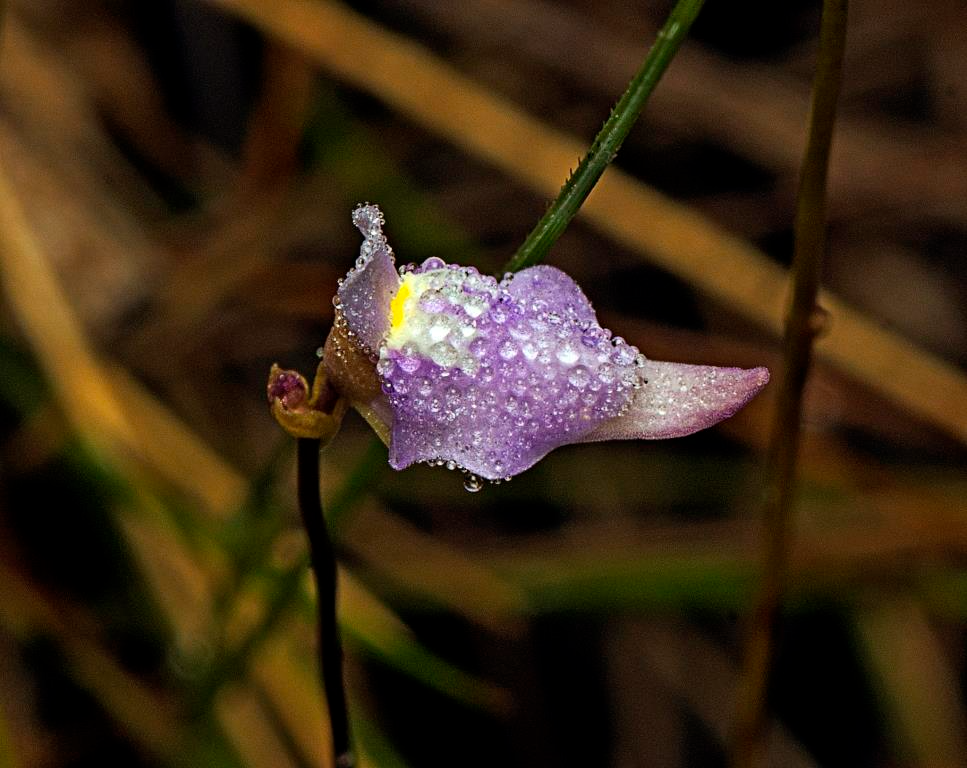 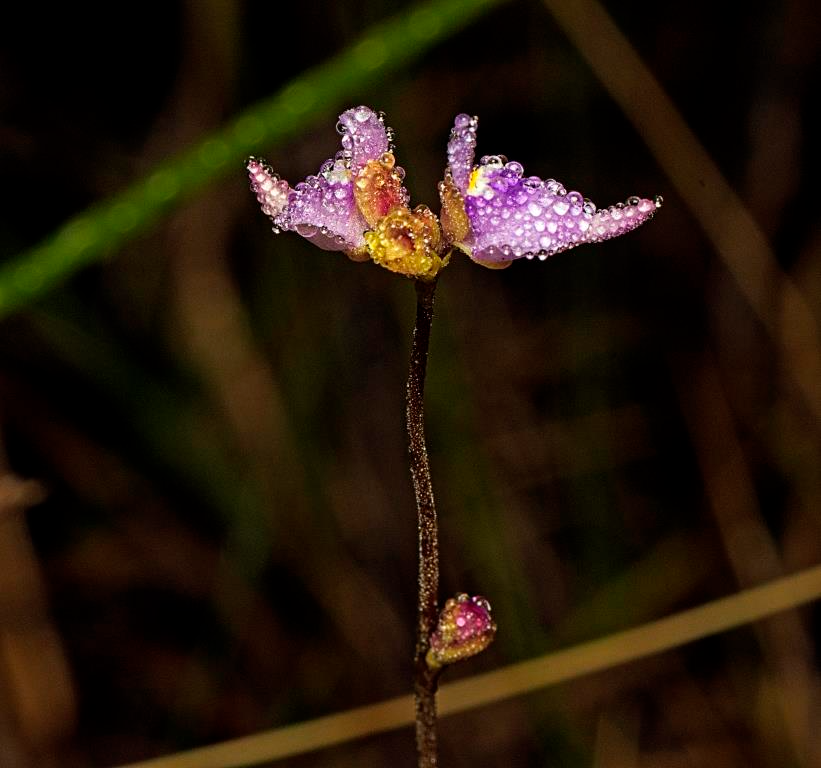 There were also the tiny white flowers of Mitrasacme paludosa: 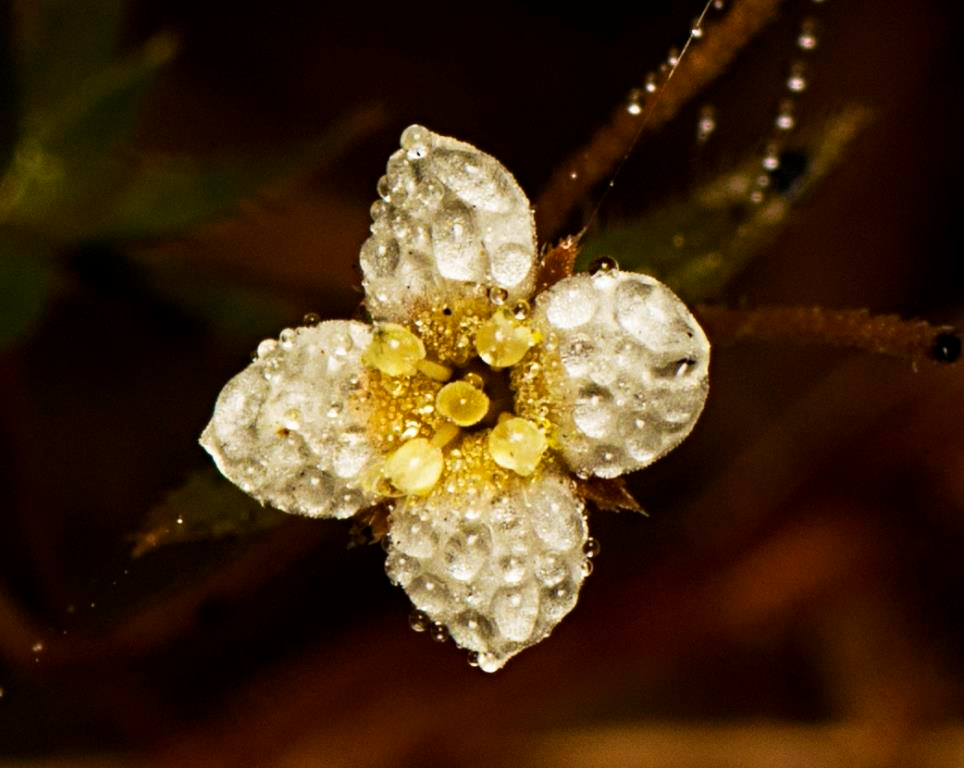 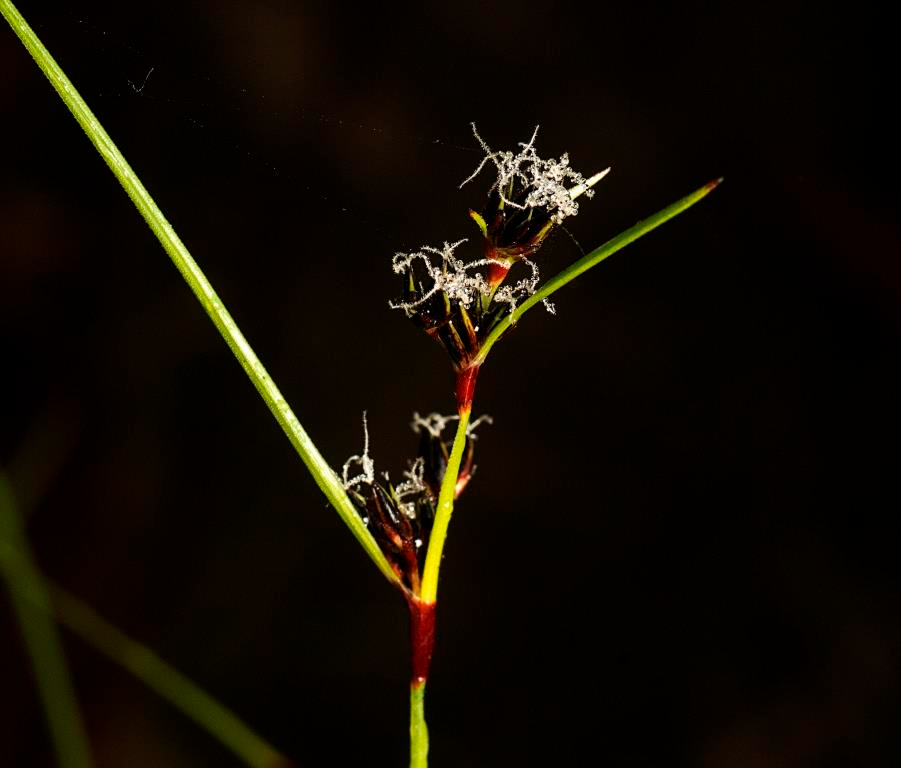 As well as the young emerging vines of a climbing sundew, Drosera lunata: 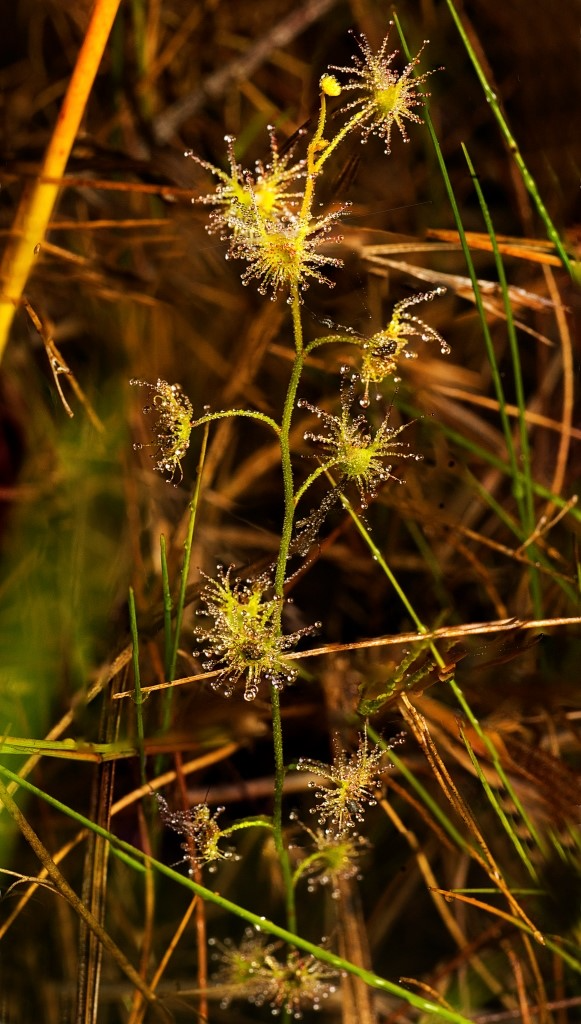 I even found myself photographing the shed moult of a Eurybrachid planthopper: 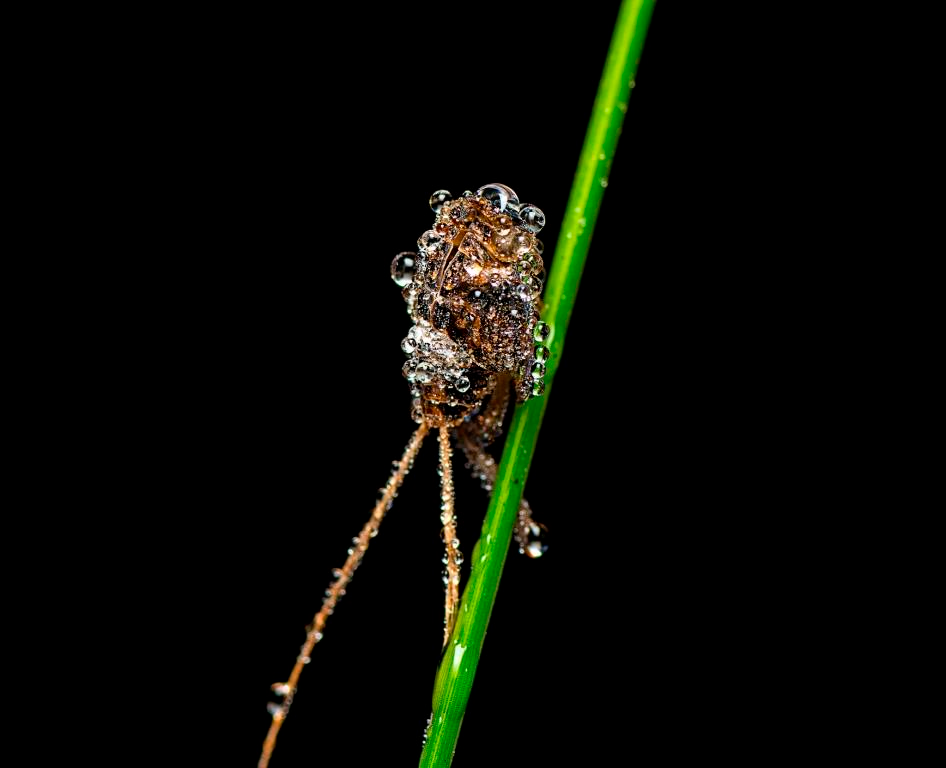 But of course, the most delicate and beautiful structures were the spider webs. This is a small tent spider, Cyrtophora sp.: 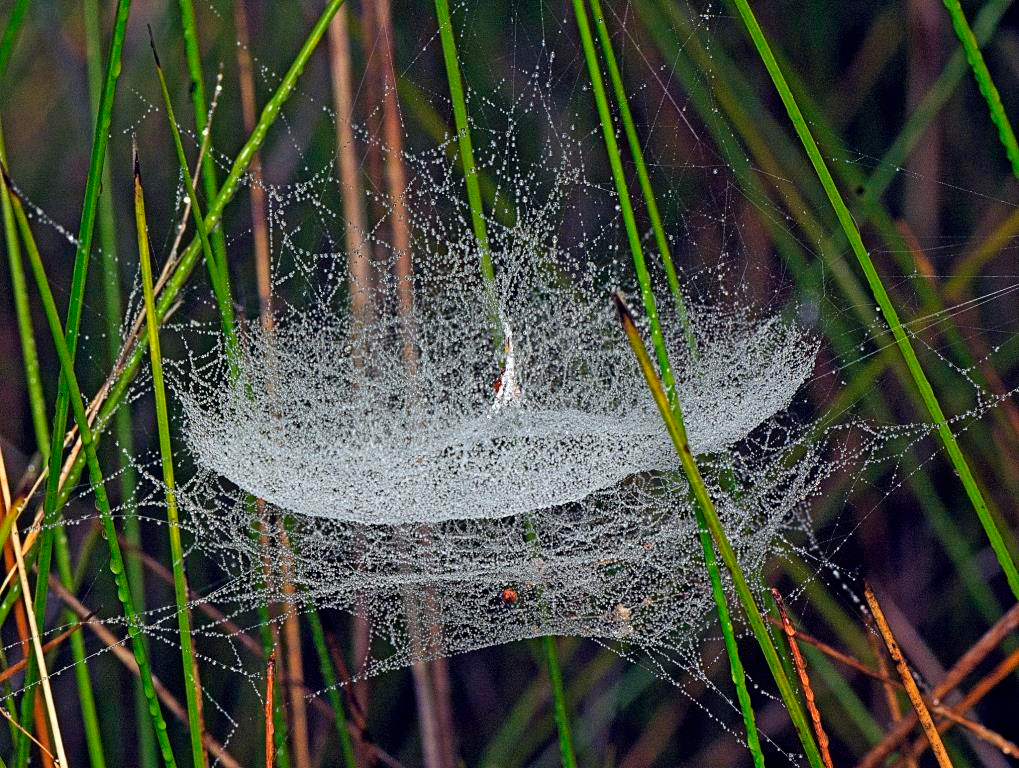 This one, I’m not too sure about, I think it might be a money spider, Linyphidae, but I could well be mistaken: 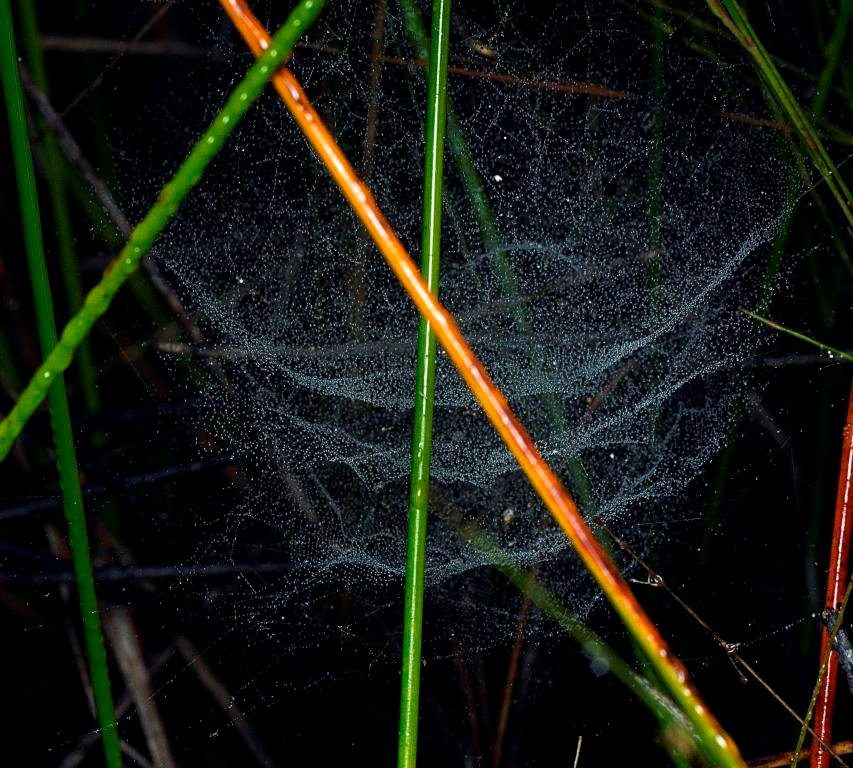 And best of all were these horizontal orb webs of the common Tetragnanthid, Leucauge dromedaria, the Silver Orbweaver. 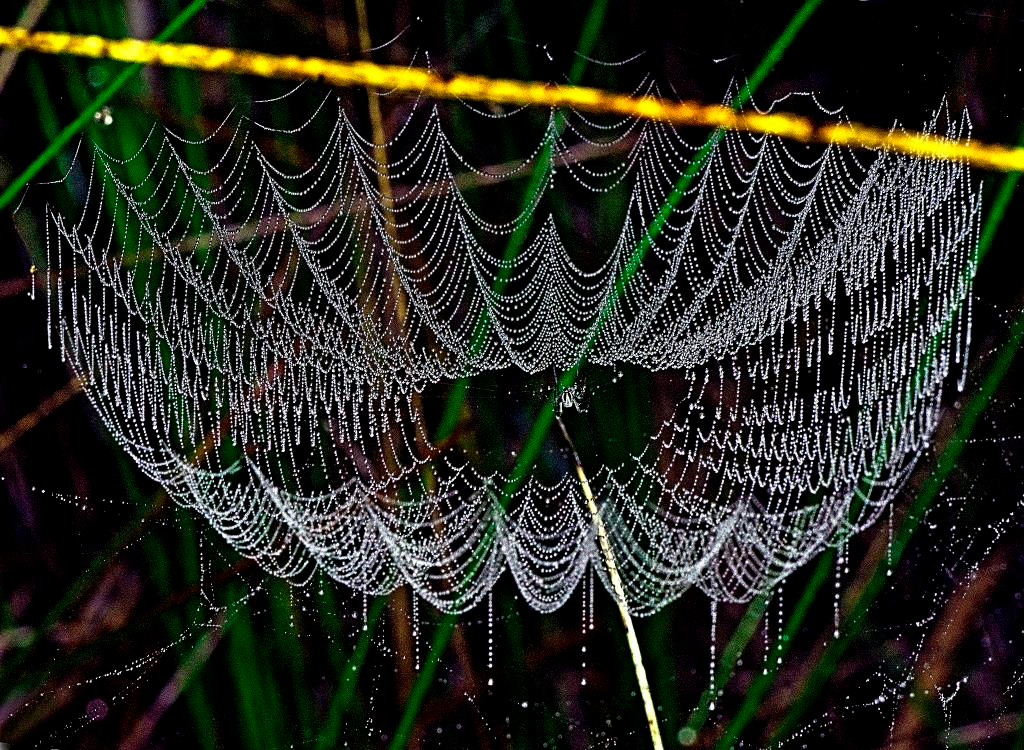 Here’s a close up of the droplines that are attached to the outer web. I had never noticed these before as they are basically invisible without the dew: 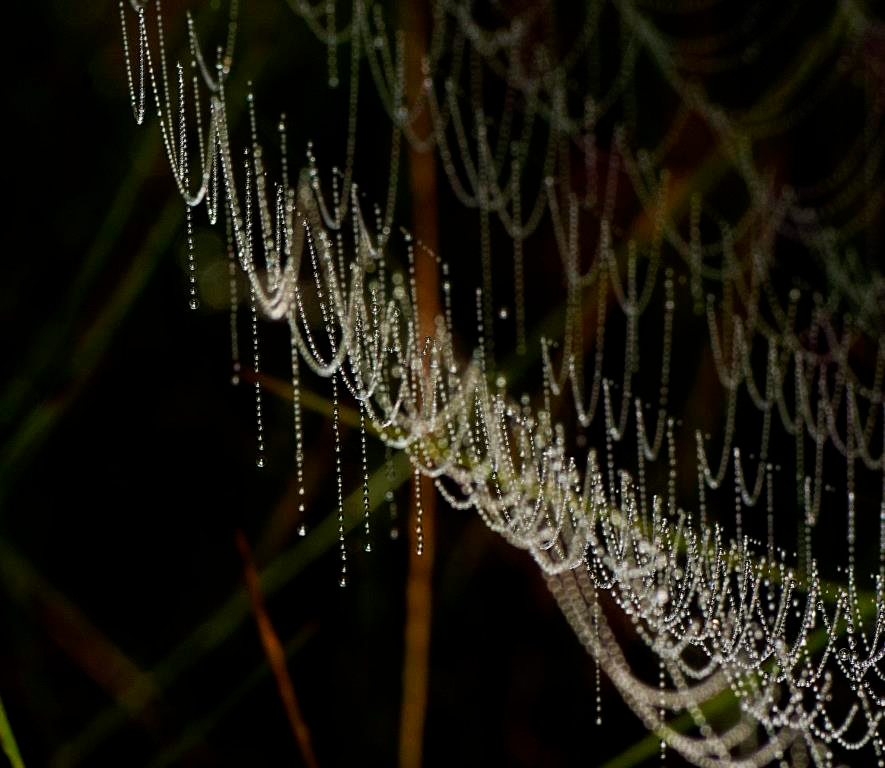 And this is the spider: 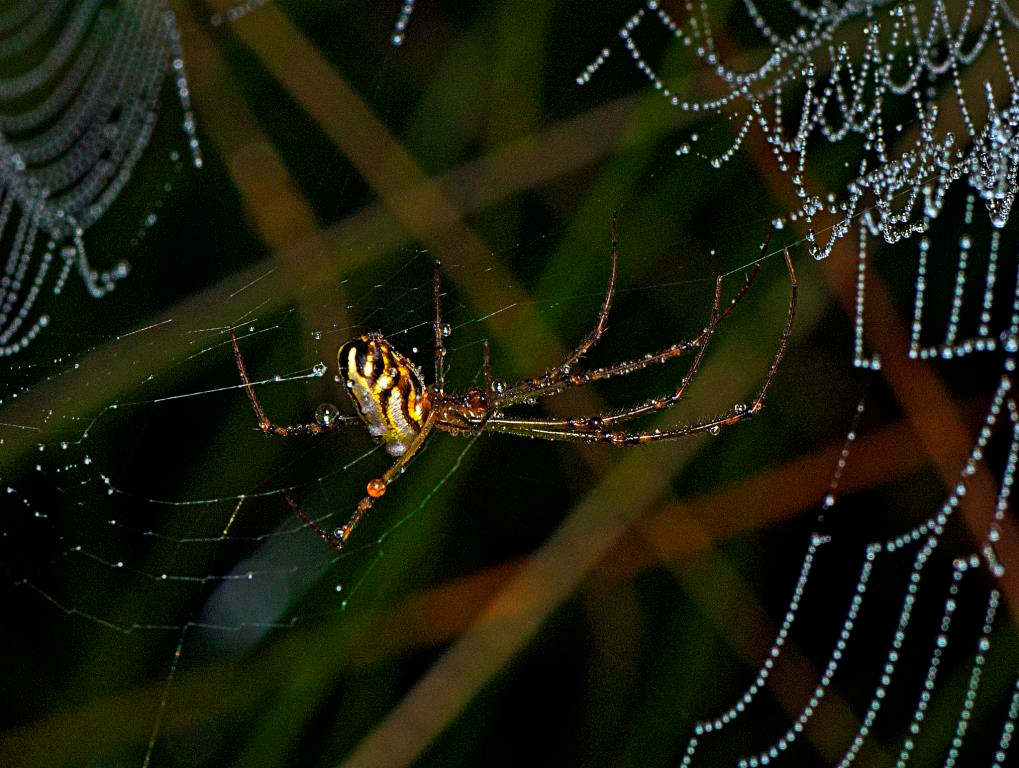