We have our usual three features today, beginning with the rescue of Icicle, an unfortunate British moggie who fell in a river. This story comes from the Great Yarmouth Mercury (click on screenshot to read):

This will be on the BBC!

A dramatic rescue mission that saw a cat saved from drowning in Great Yarmouth will be featured in a BBC Two documentary.

The animal rescue which happened on Tuesday, February 22, will appear in the latest series of Saving Lives at Sea.

Great Yarmouth and Gorleston Lifeboat crew sprung into action after reports of a cat that had become stranded on a ledge after it fell into the River Bure.

From the Eastern Daily Press (also by photographer above):

The animal which was “clinging for dear life”, was eventually plucked from the water after the rescue attempts from lifeboat volunteers.

It sparked a “media frenzy” as dramatic photos emerged of the cat – named Icicle – and the rescue in action.

Icicle was eventually reunited with a very relieved owner who was “stunned” to hear of his ordeal.

Icicle rescued! First and third photo from the Eastern Daily Press, second from the Mercury:

The animal which was “clinging for dear life”, was eventually plucked from the water after the rescue attempts from lifeboat volunteers.

It sparked a “media frenzy” as dramatic photos emerged of the cat – named Icicle – and the rescue in action.

Icicle was eventually reunited with a very relieved owner who was “stunned” to hear of his ordeal.

Icicle was microchipped, and appeared to be in good shape. Here he is, looking a lot like my late cat Teddy:

The rescue will be aired in episode one, of series seven, tonight (August 25) at 8pm.

Great Yarmouth and Gorleston RNLI lifeboat crew were also given the Heroes to Animals Award from PETA for their efforts.

I want one of those awards. After all, I banged the hell out of myself and got three cases of swimmer’s itch from rescuing ducklings!

A story from LoveMeow.  If you’re a cat lover or a geneticist, or both, you’ll know that calico and tortoiseshell cats are almost invariably female. The variegated black-and-orange pattern is caused by differential activation and inactivation of color genes in different parts of the body. But why only females?

The phenomenon is the result of inactivation of X-chromosomes in females, a process called “lyonization” after English geneticist Mary Lyon. Because males have one X chromosome (they’re XY) and females two (XX), there is a mechanism that ensures that for genes residing on the X, the amount of gene product is equalized in both sexes, even though females have twice as many Xs as males. Evolution has thus acted to equalize the amount of product between the sexes, a process called dosage compensation. It’s done in different ways in different groups of animals, but in mammals it results from the inactivation, in females, of one X chromosome in each cell. That inactivation is random, so patches of cells have one X inactivated, while other patches have the other X inactivated. That produces calicos and torties; as QPS explains:

Each cell of a biological male cat receives instructions from two chromosomes, one X and one Y. For female felines, the process works a little differently because cells cannot receive instructions from two different X chromosomes. During embryonic development, one of the X chromosomes in each cell becomes inactive by coiling up into a tight structure known as a Barr body. Because the chromosome is curled up, its genes cannot be expressed. Only the genes on the uncoiled X chromosome are expressed, which means that all physical traits (such as fur color and eye color) are produced by the genetic information of the active X chromosomes.

This random and irreversible process is known as Lyonization. It ensures that only one active X chromosome exists in the cell of a female embryo. Lyonization occurs during the embryonic development of every female mammal, including female cats, and it’s impossible to predict which of the two X chromosomes will be inactivated.

In cats, the X chromosome carries a gene that determines fur color, and there are two different versions (or alleles) of this gene in calico cats. One allele produces orange fur, and the other produces black fur. A cat must receive both of these alleles, one from each parent, in order to have fur with orange and black patches. Then, during lyonization, if the X chromosome carrying a black fur allele is inactivated, the cell will produce orange fur. If the X chromosome carrying an orange fur allele is inactivated, the cell will produce black fur. Because lyonization occurs at random, the pattern produced on each calico cat is distinct.

Males, with only one X, are either black or orange if they carry one of the color alleles. But rarely, a male can be XXY (this is called Klinefelter Syndrome in humans), and such males can have the calico or tortoiseshell pattern. They are very rare, as the headline below indicates (click to read):

A litter of five calico babies came to the Cat House on the Kings in Parlier, California early September. Soon they discovered something quite unique about this litter. Two out of the five kittens are male calicos.

“We took in a litter of 5 calico kittens and two were boys,” Harvie Schreiber of the Cat House on the Kings told Love Meow.

Having a male calico is one out of 3,000 chance. Now they found two in the same litter, the odds of that is simply astounding.

Here’s a male calico.  Because of the sex-chromosome imbalance (XXY), these males are sterile, though some humans with Klinefelter’s (they’re males since they have the apparatus for making sperm) can be fertile: 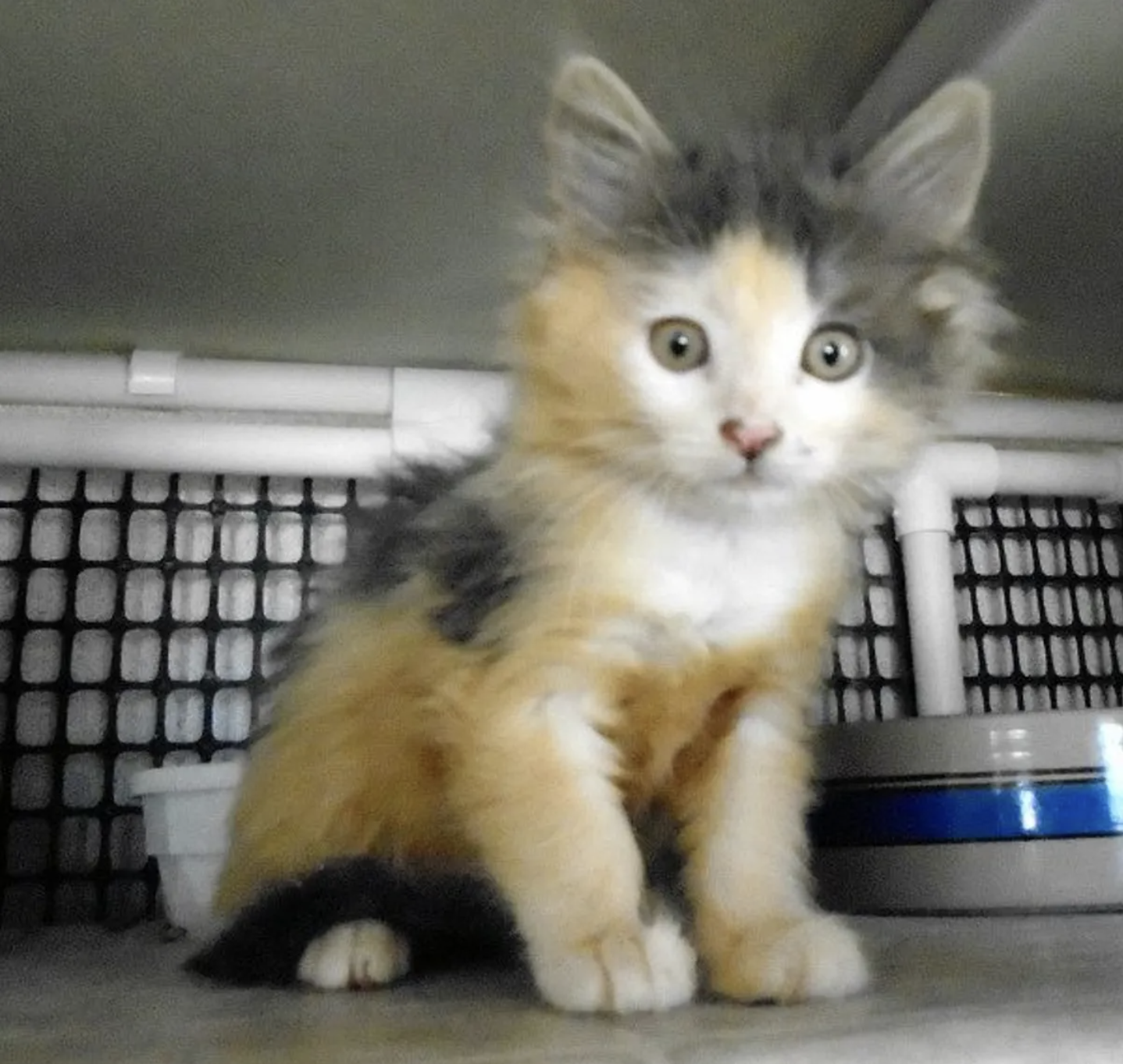 And one of his sisters: 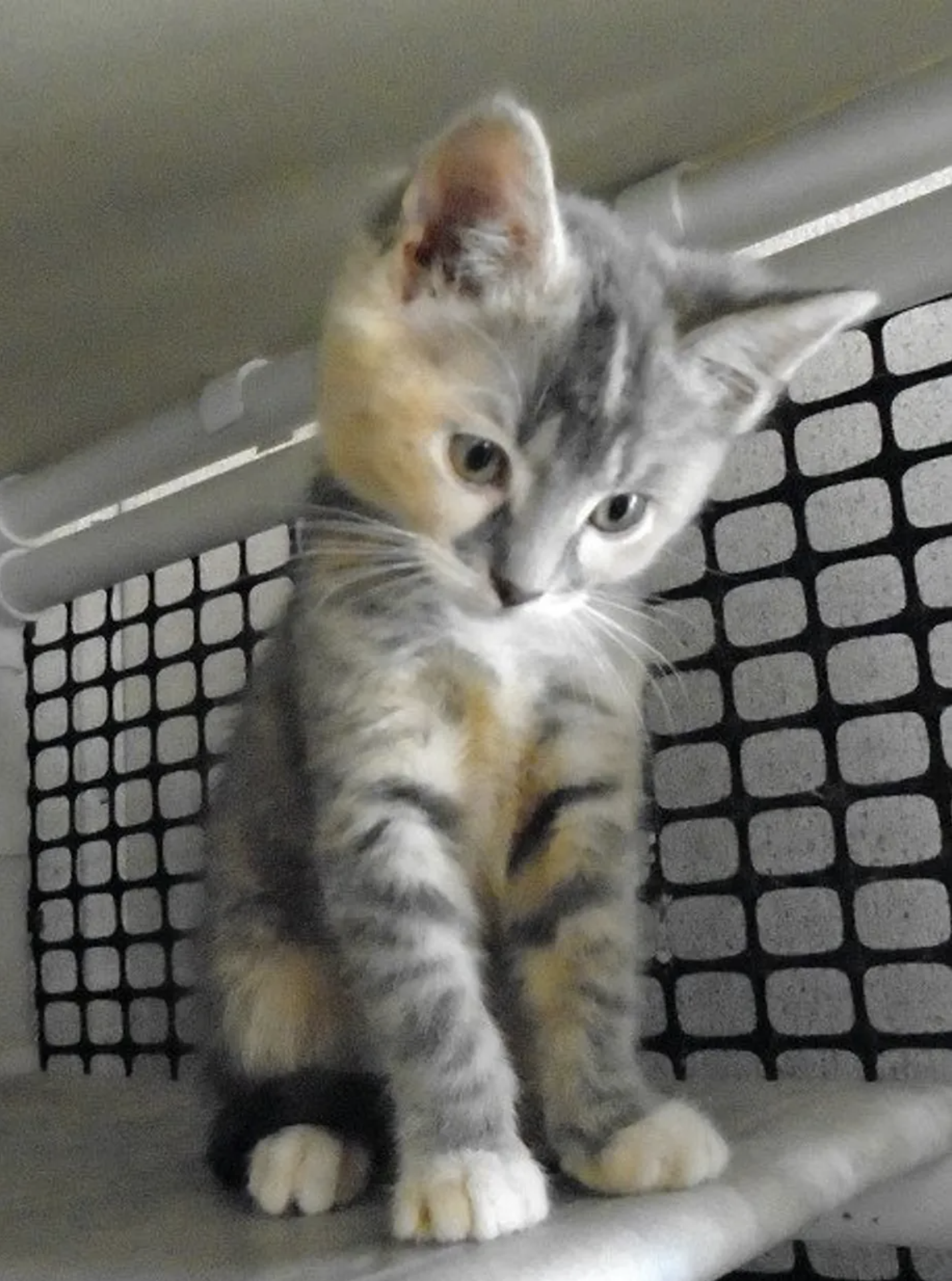 The two boys were adopted together, and here’s a video of the whole litter:

From I Heart Cats and also Newsweek, we have a cat that likes to sing opera. Quotes are from the first source, and I’ve embedded Tik Tok videos.

Ten years ago, Maura moved from Mexico to the U.S. to train in classical singing. But as she told Newsweek, it’s been a while since she had a chance to perform.

But thanks to her cat Maximino, a TikTok post has put her back in the spotlight, with the video of their impromptu duet garnering more than five million views and almost a million and a half likes.

The short clip, posted to @maura.music on TikTok, opened with Maura beautifully singing an opera piece. As she readied for the next chorus, Maximino jumped onto her desk, hogging up the space. Maura tried to scoot the pushy floof out of the way, but the furry boy had other ideas.

And before Maura could release another note, Maximino took up the tune, singing in tempo with the bouncy rhythm. Watching the clever cat perform, Maura laughed at Maximino’s stellar debut, creating an extra layer of adorability to this cute cat video!

When he concluded his solo, Maximino simply hopped down and walked away with a catittude that smacked of “concert over, cherish the experience, no encores from this kitty!” Well, at least not at that moment.

Further postings from Maura have revealed Maximino as a regular singer who doesn’t mind meowing out a tune in duet with his massively talented human.

Here’s Massimo. You can find more videos of the pair, alone or together, on Tik Tok.  Maura also has an Instagram account. 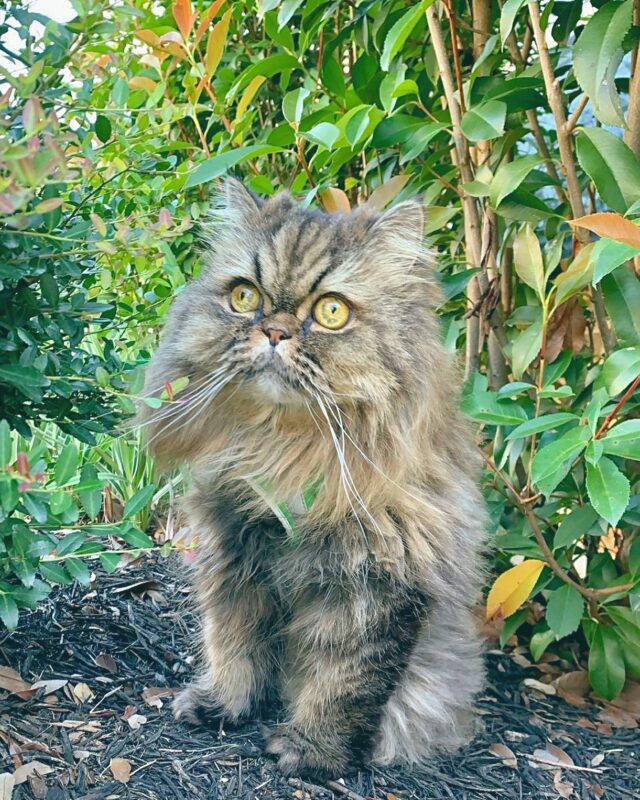