Much of Darwin’s work and thought was on plants, and today’s submission, by Philip Griffiths, has a Darwinian theme. His notes are indented, and you can enlarge the photos by clicking on them.

I enclose some pictures of Purple loosestrife, Lythrum salicaria, which is plentiful in my local park in central Newcastle upon Tyne (UK) at this time of year. Not only is it a beautiful flower with rumpled purple purple petals that look as though somebody forget to iron them, but it should be significant to readers of Why Evolution is True. 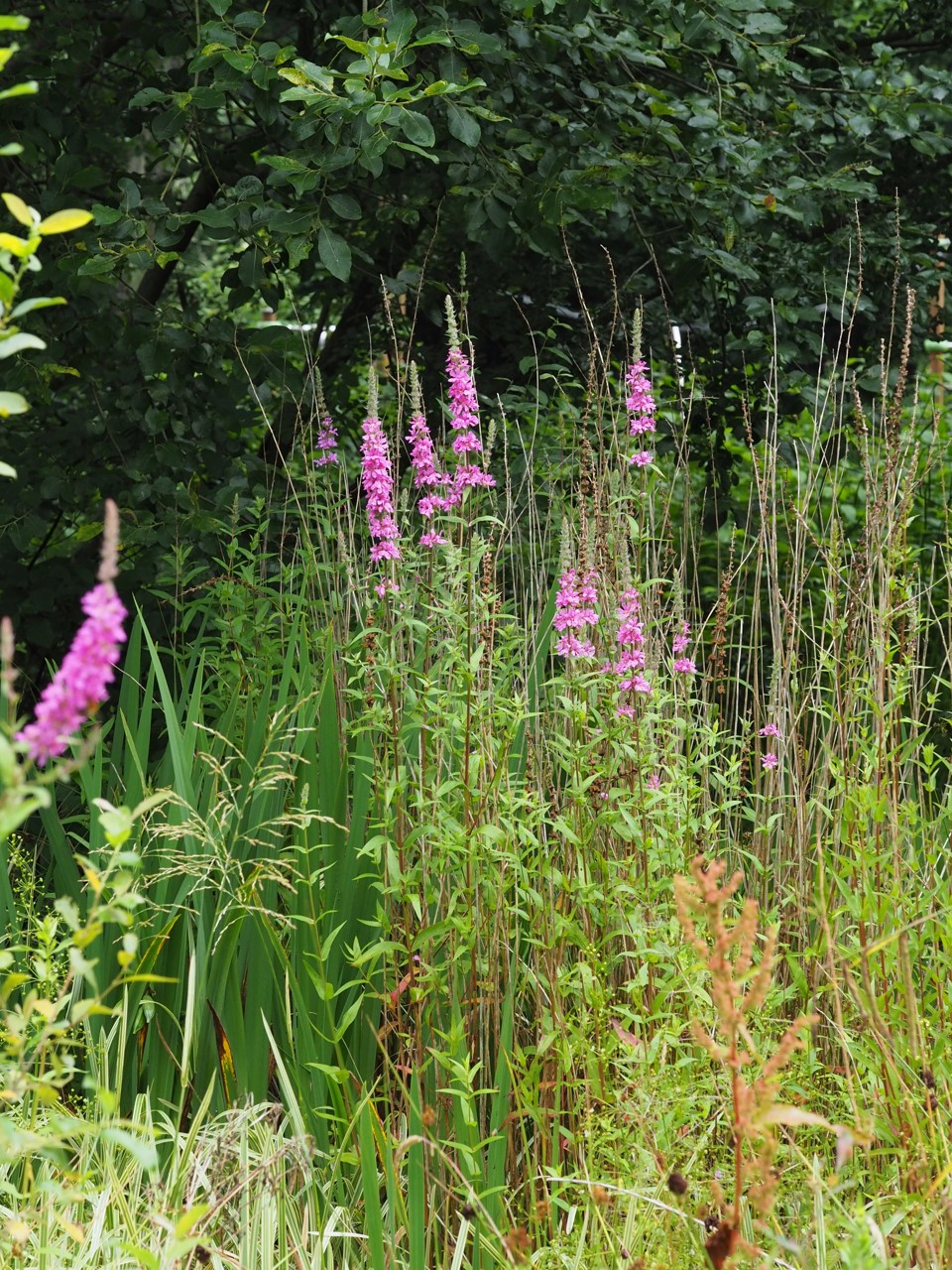 Charles Darwin wrote to Asa Gray  I am stark staring mad over over Lythrum. For the love of heaven have a look at some of your species and if you can get me some seed, do!  He wrote this after voyages to the Galápagos Islands and after his major work on orchids, so it must have been something that really caught his attention. Also, Purple loosestrife is pretty ubiquitous now, so I wonder if that was not the case in Darwin’s day.

What caught Darwin’s attention was the presence of three morphs, with each flower having one: 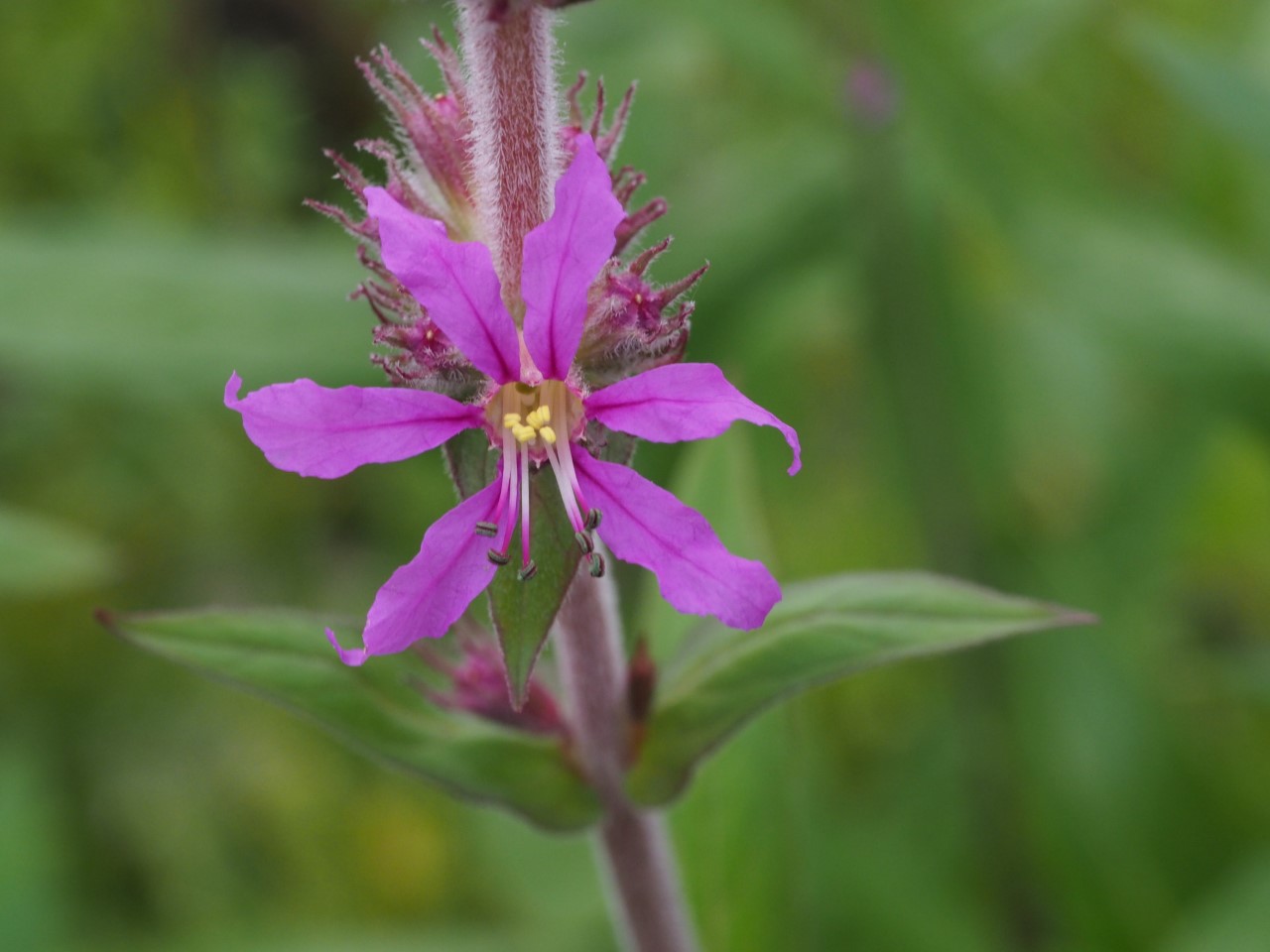 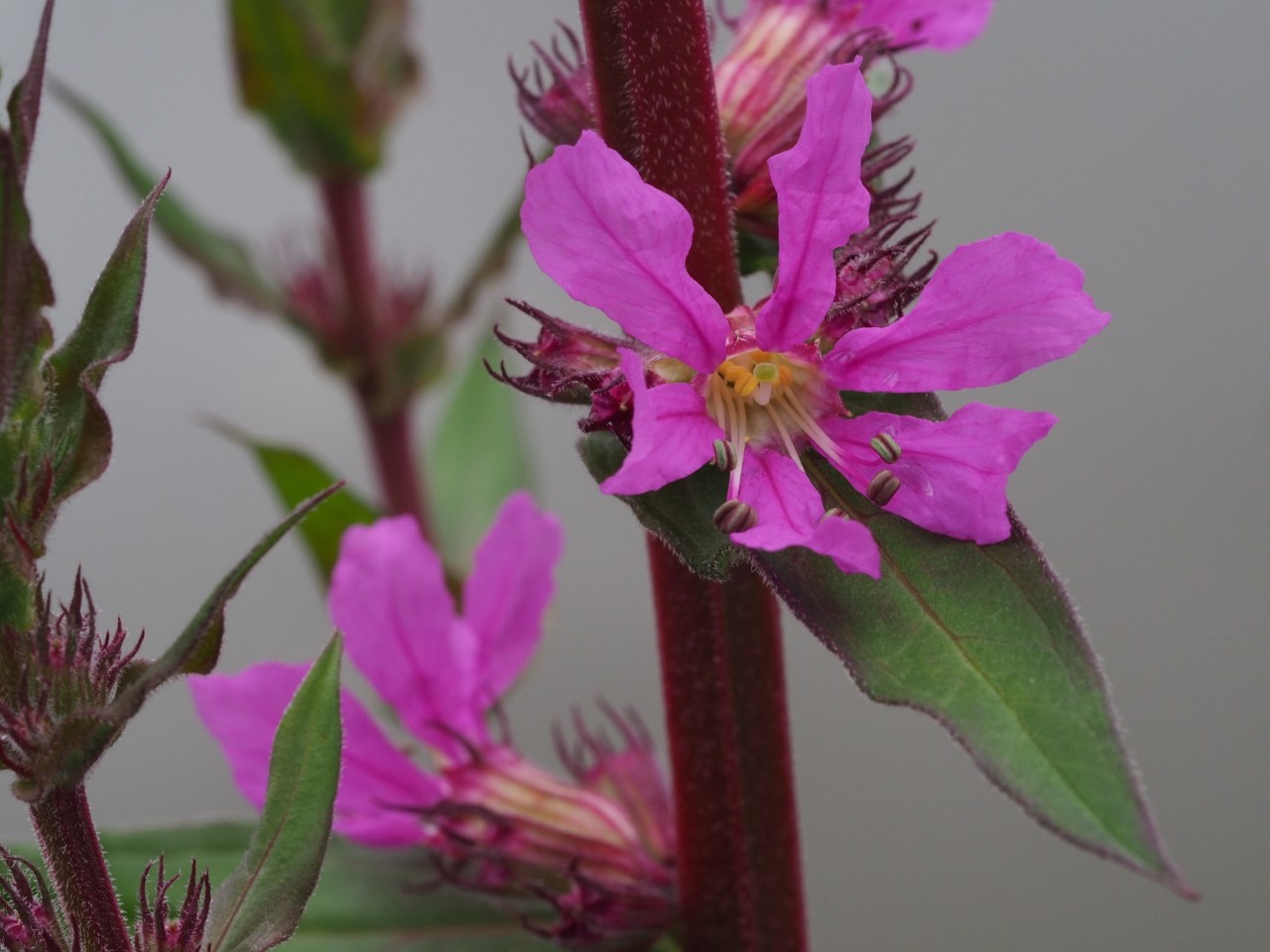 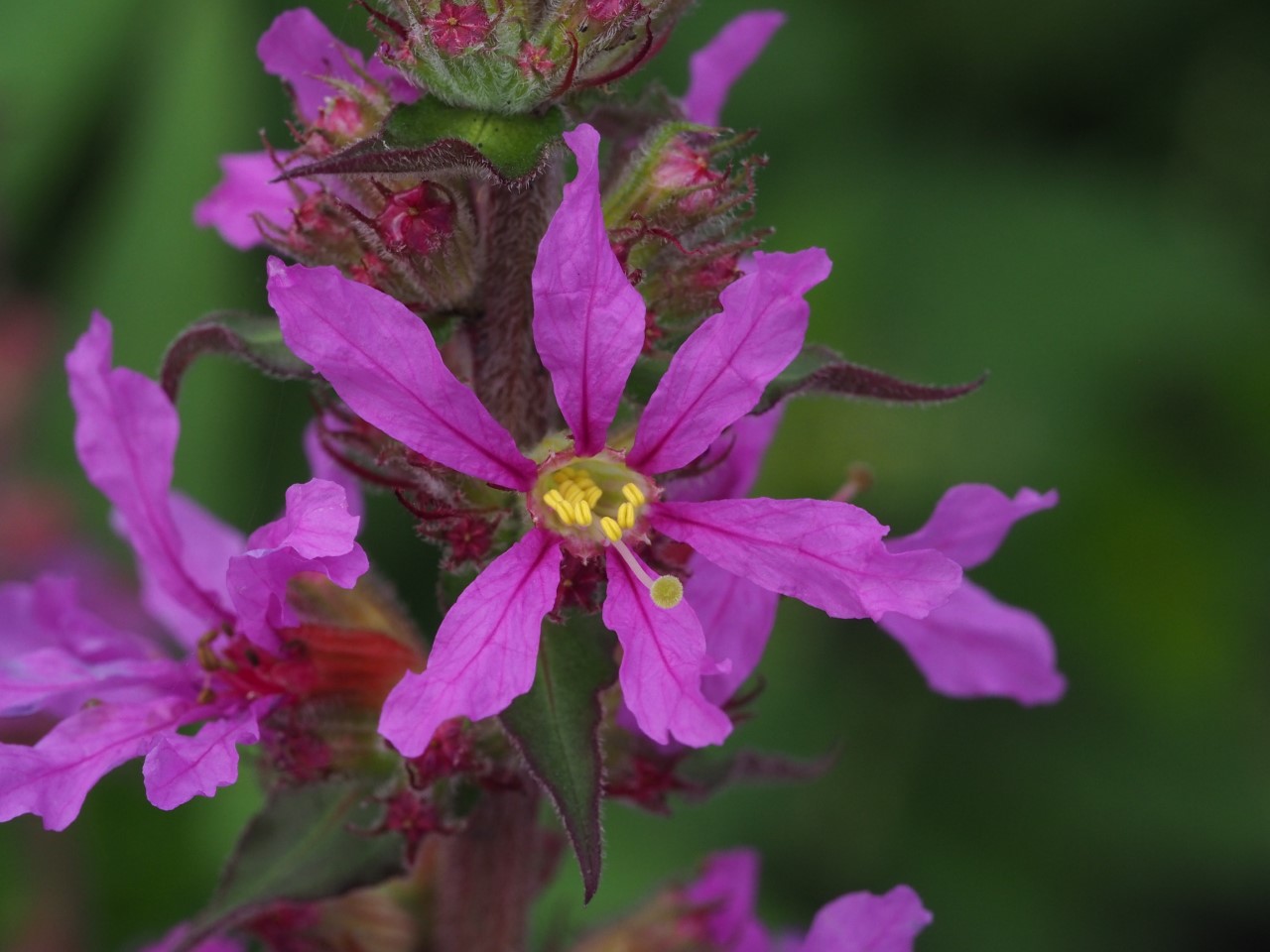 To sum up, there are three different lengths of style [the female organ that receives the pollen for ferilization], and each is accompanied by two sets of five stamens that are of different length, so you never see a flower whose style and stamens are of the same length.

Darwin realised that this was a mechanism to encourage outcrossing. Each style is preferentially fertilised by stamens of the same length as itself and they are not to be found in the same plant. Thus a seed must be produced by pollen from a different flower.

Perhaps the three morphs (rather than two as in Primroses) increase the probability of successful outcrossing because two out of three morphs can pollinate a given flower rather than simply one out of two.

I am conscious I am ‘teaching my my grandmother to suck eggs’ here and I know the story is more complicated than I have outlined. Anyway, the flowers are beautiful this time of year and it is worth looking closely with magnification.