Today we have some swell African elephant pictures (Loxodontia; there are two species) taken by reader Matthew Ware. His commentary is indented, and you can enlarge the photos by clicking on them.

The first six pictures are from a trip to Addo Elephant Park around 10 years ago which is near Gqeberha (good luck pronouncing that) in South Africa. It used to called Port Elizabeth (and is still referred to, confusingly, as P.E).

A profile of a large male in some long grass. 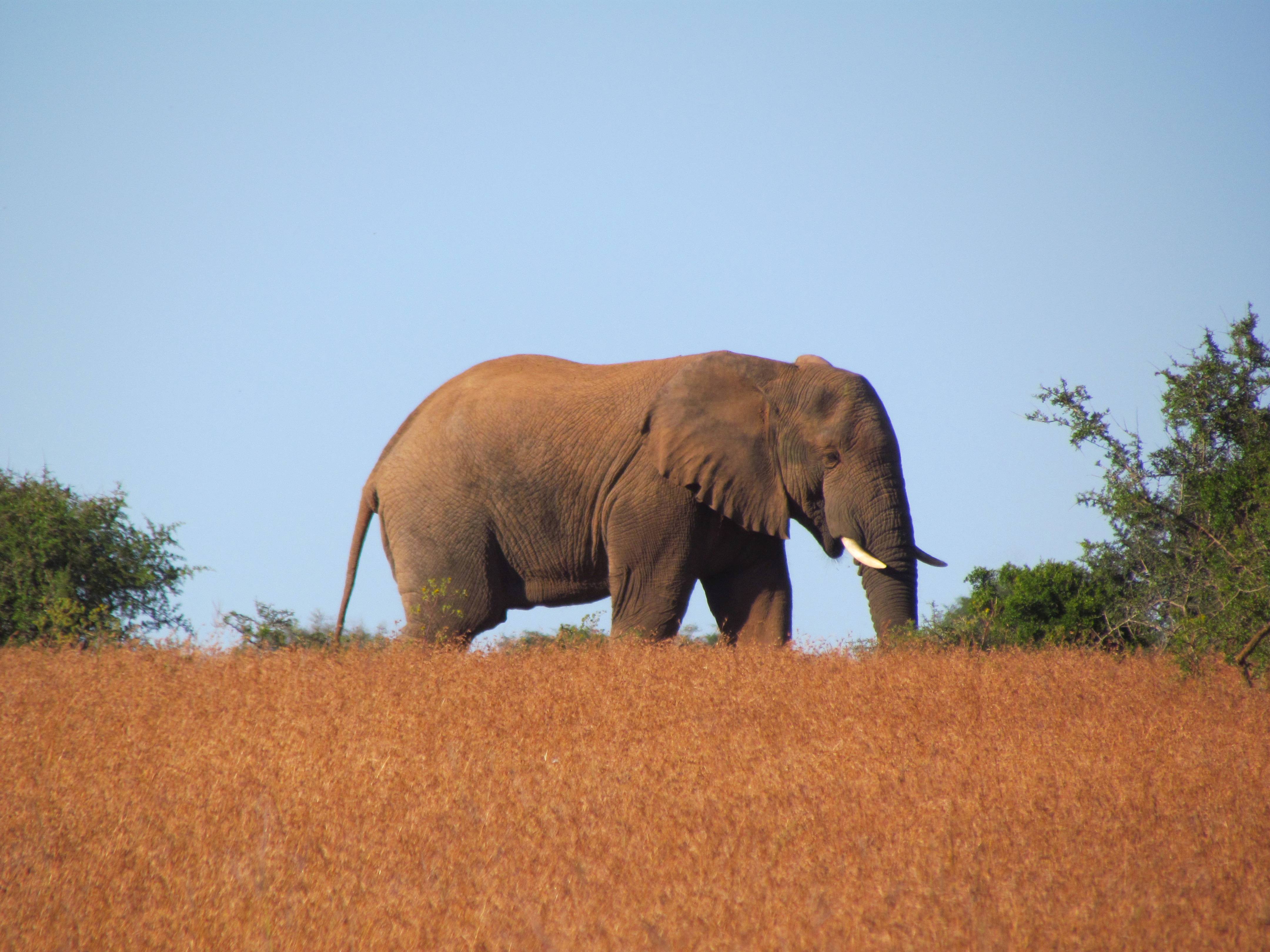 This photo shows the length of ‘stretch’ in an elephant’s trunk. 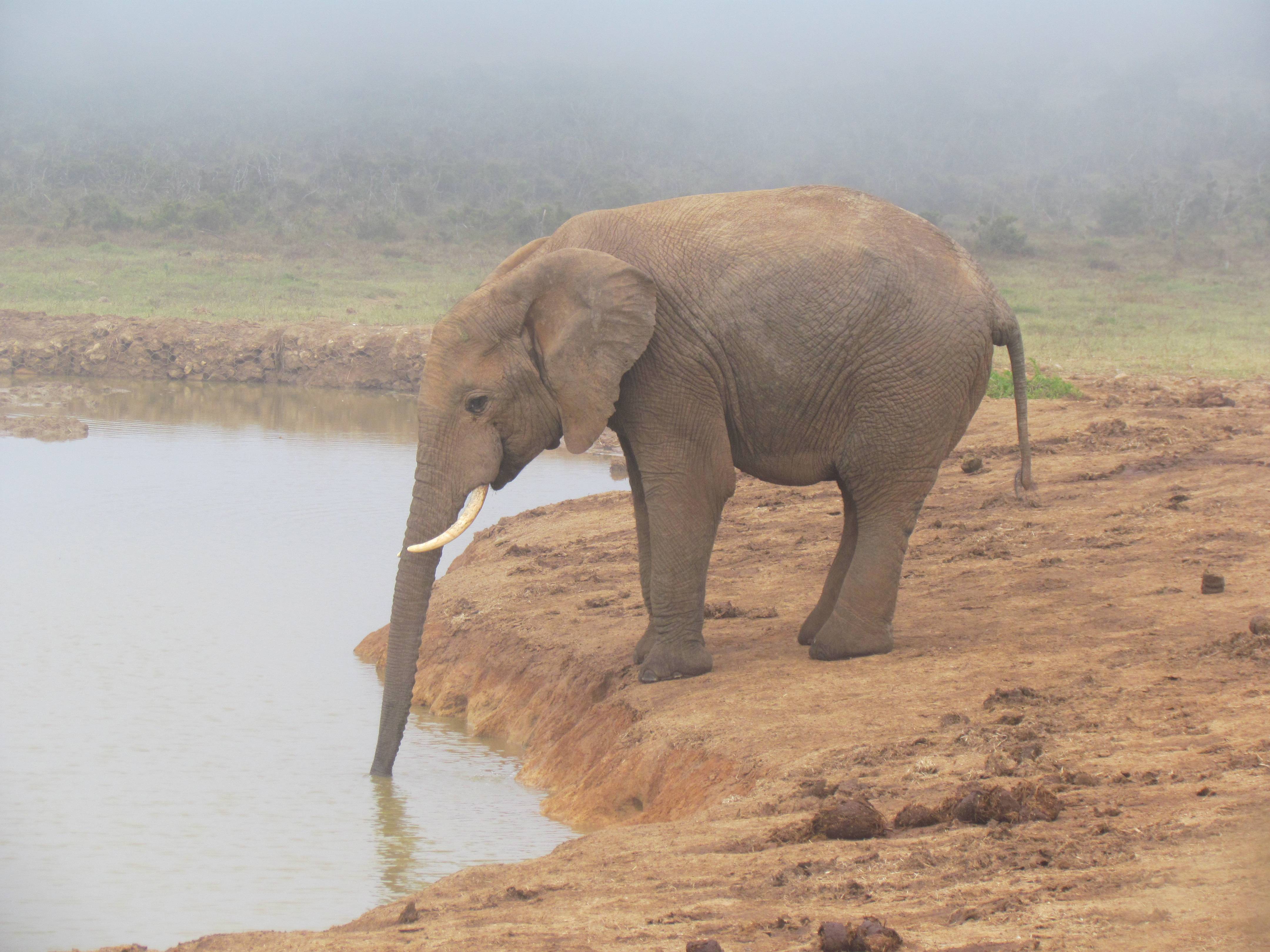 The same elephant with trunk ‘unstretched’. 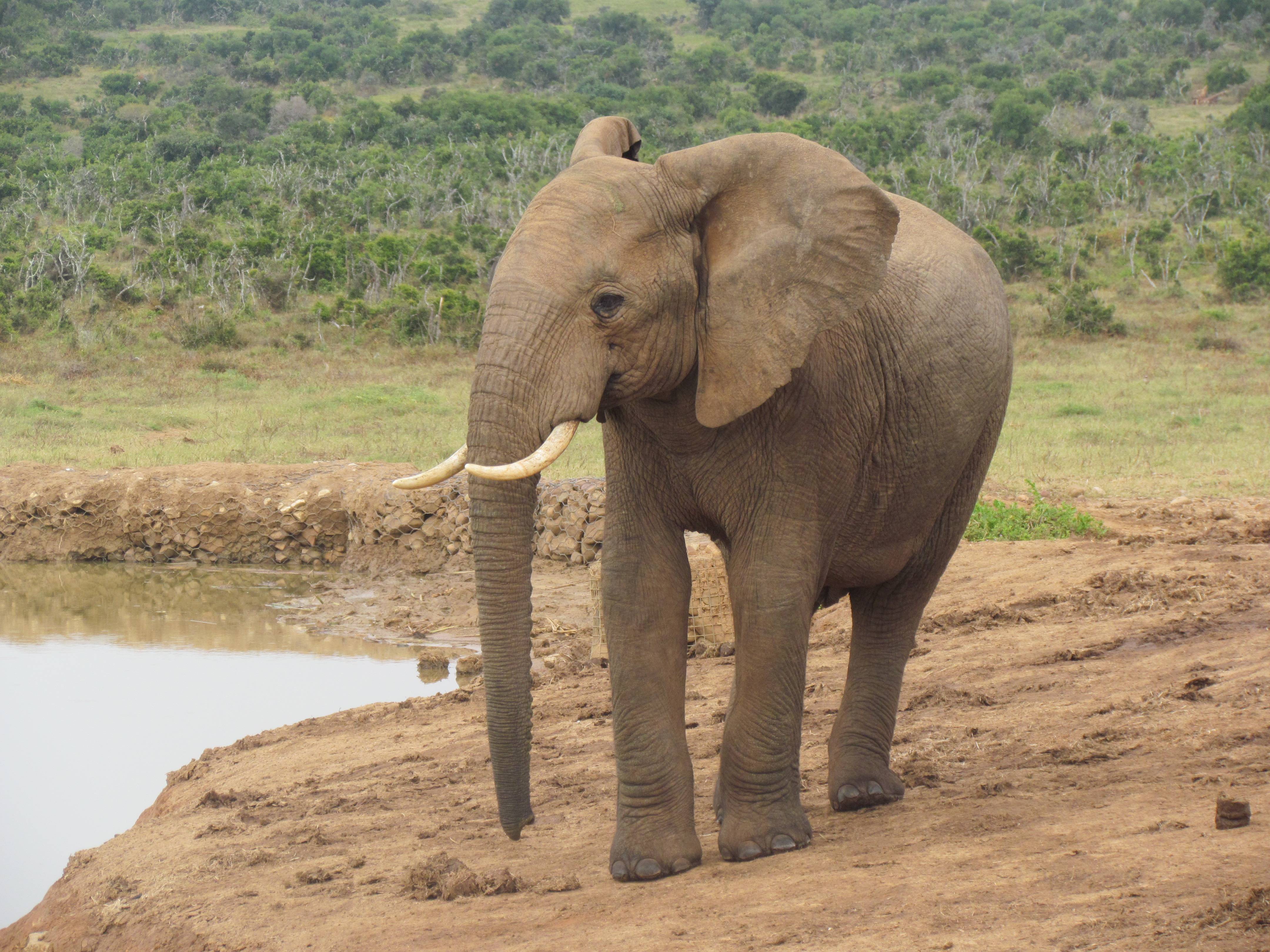 The next few photos are not from Addo but a local game park nearby.

A large male. Apparently, they extend their penises in the hot weather to increase their surface area to allow better cooling (though personally I just think that they are showing off!). 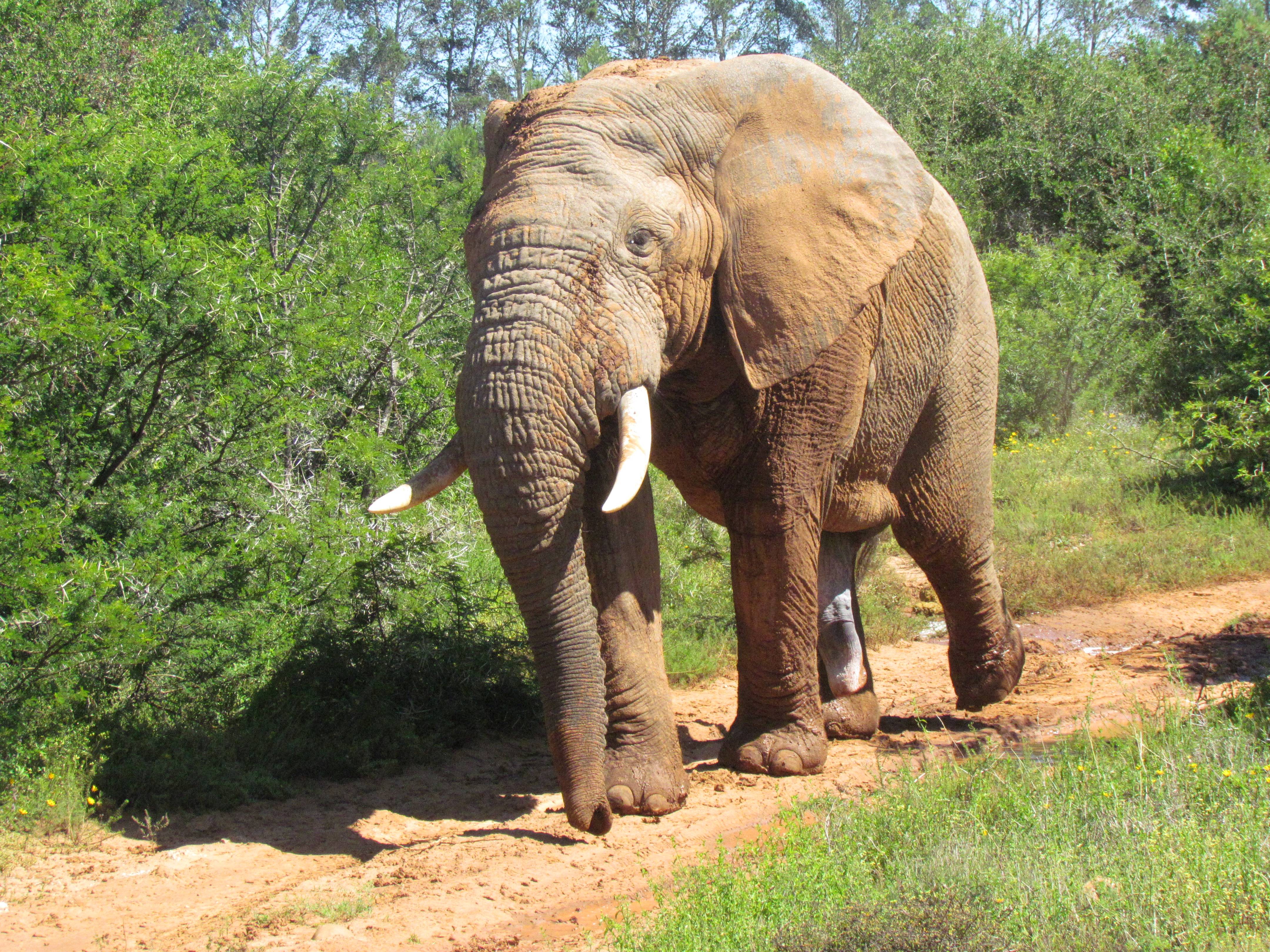 I did not know that elephants can (and do) cross their legs. 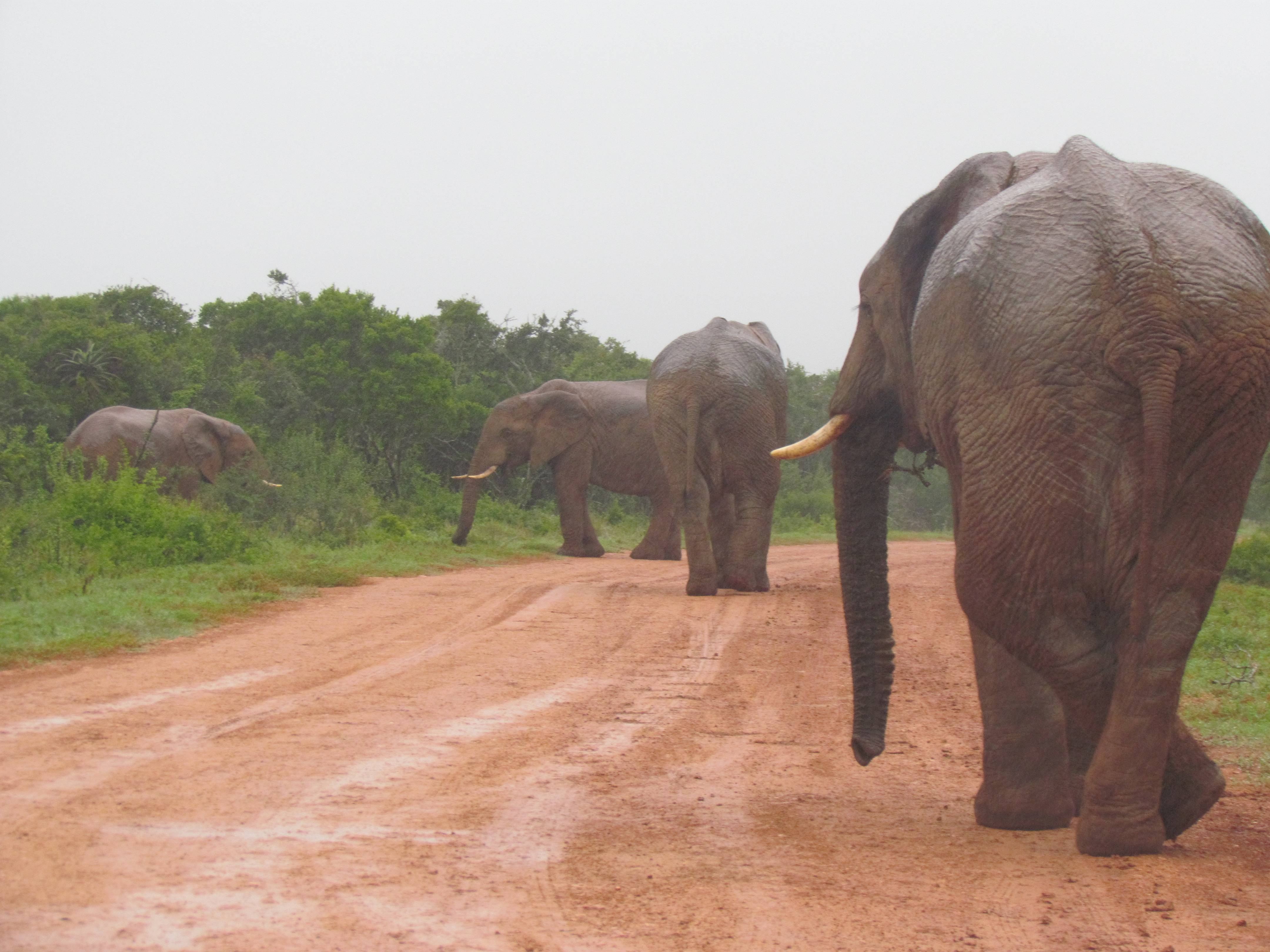 The large male was obviously rather agitated, possibly because there were water buffalo around – they don’t seem to like any animals around them. He was following quite closely behind the minivan and the driver didn’t know what to do. The photos is (partly) poor quality because I shot it through the windscreen – it didn’t seem prudent to open a window with him coming towards our car. They do occasionally have incidents in Addo where cars are attacked, and even people killed, by angry elephants. 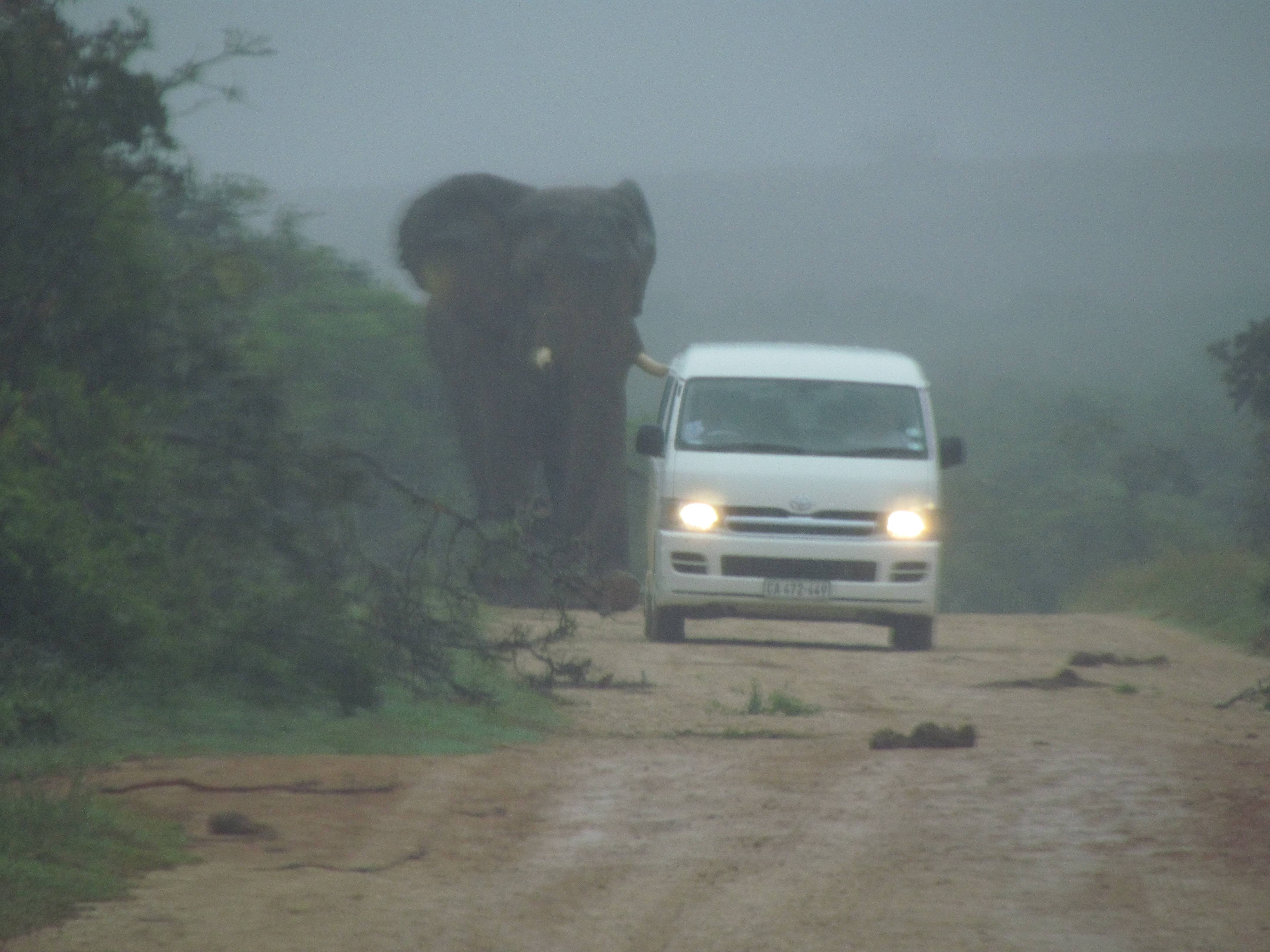 The rest of the photos were taken in and around Kruger National Park earlier this year.

To come across them on a dirt track was amazing, they are so huge, but extremely quiet (when they want to be) – no wonder they are called the ‘Ghosts of the Jungle’. 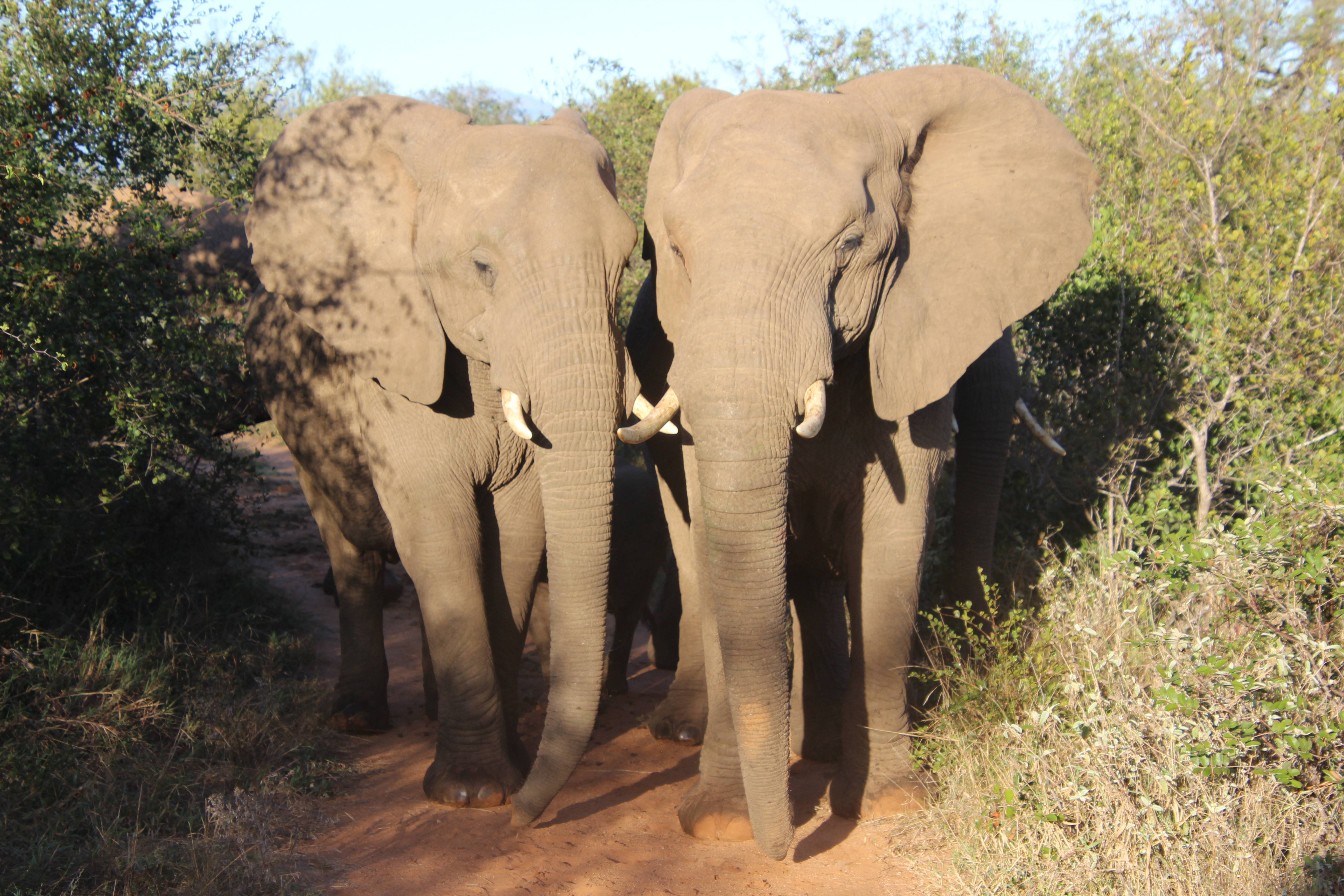 Seeing them up close (they had their trunks in our jeep and were smelling some of our entourage) was very special. 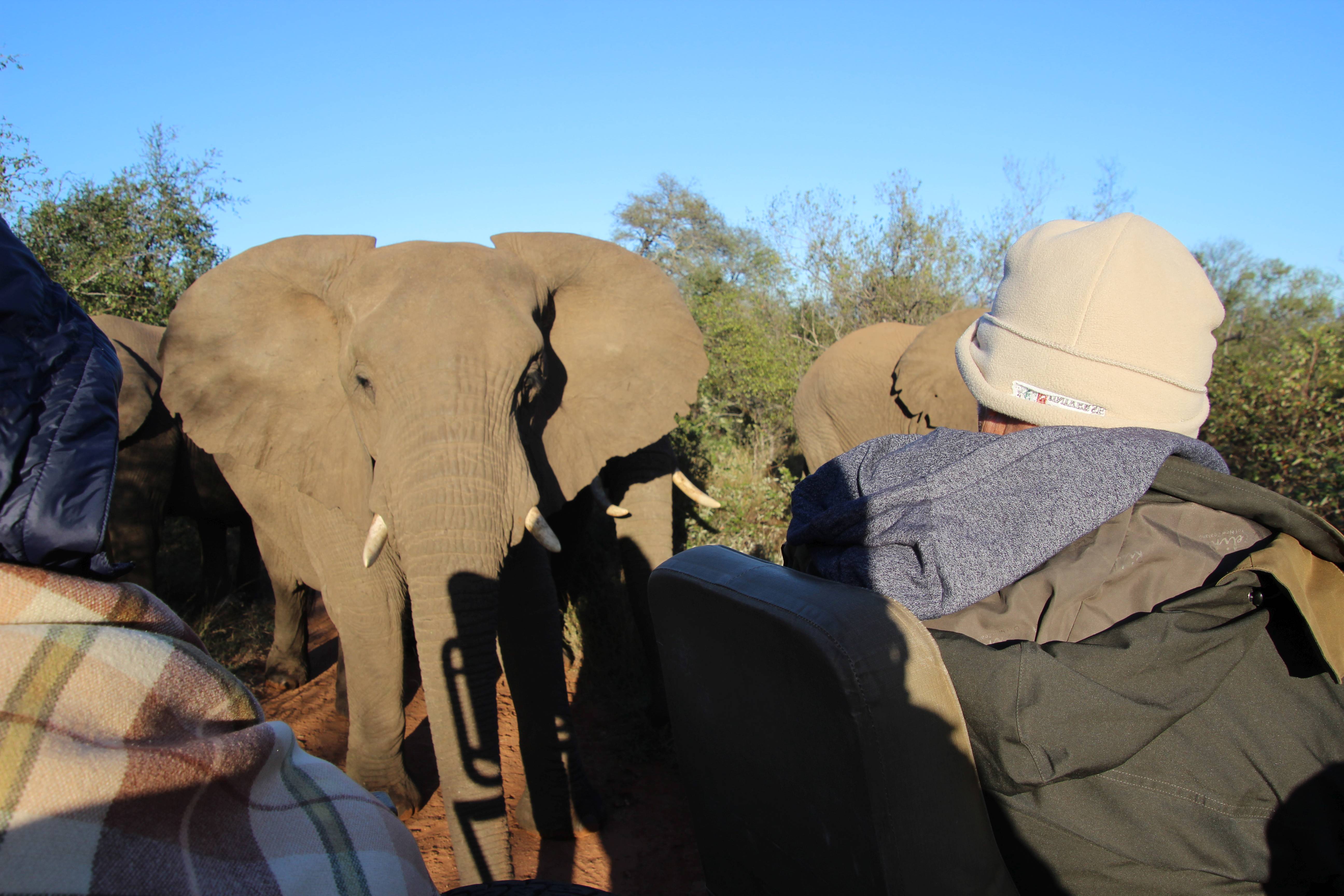 When coming across a potentially dangerous situation the adults and teenagers corral the babies between them for protection. 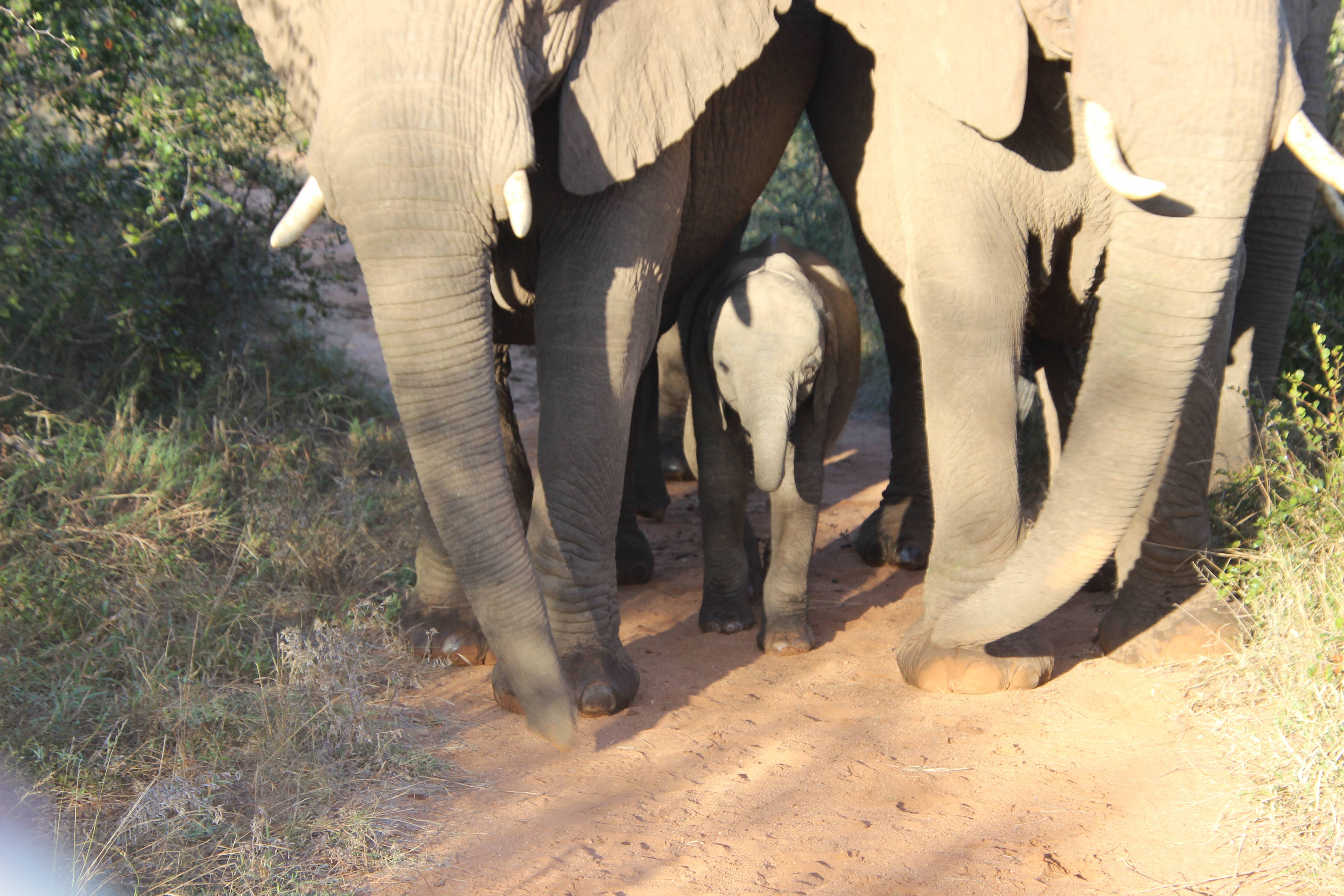 This is the same baby (I think) and its mother. When they are in more open areas, they seem to be less protective. 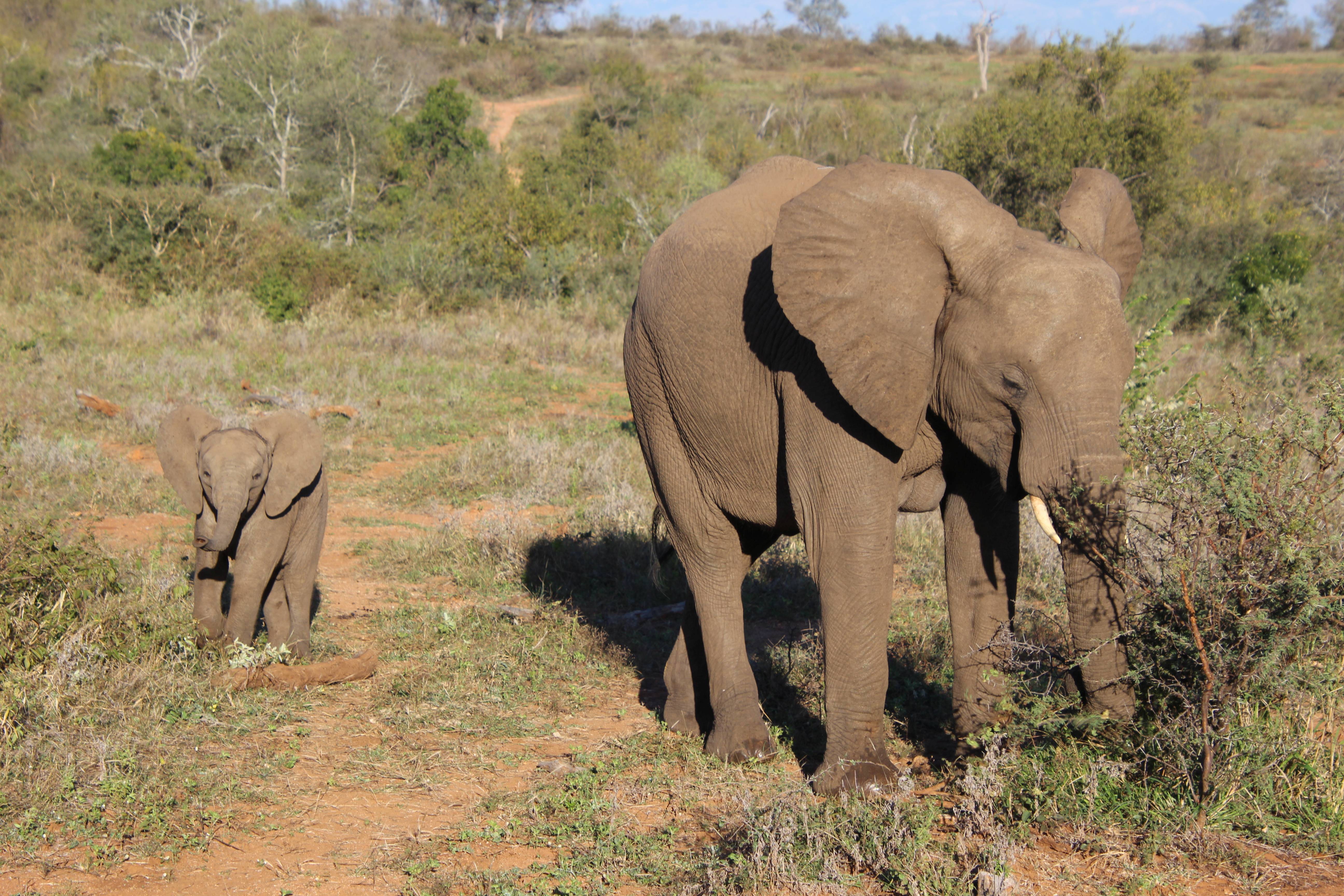 Picture of the ubiquitous dung and an elephant dung beetle. 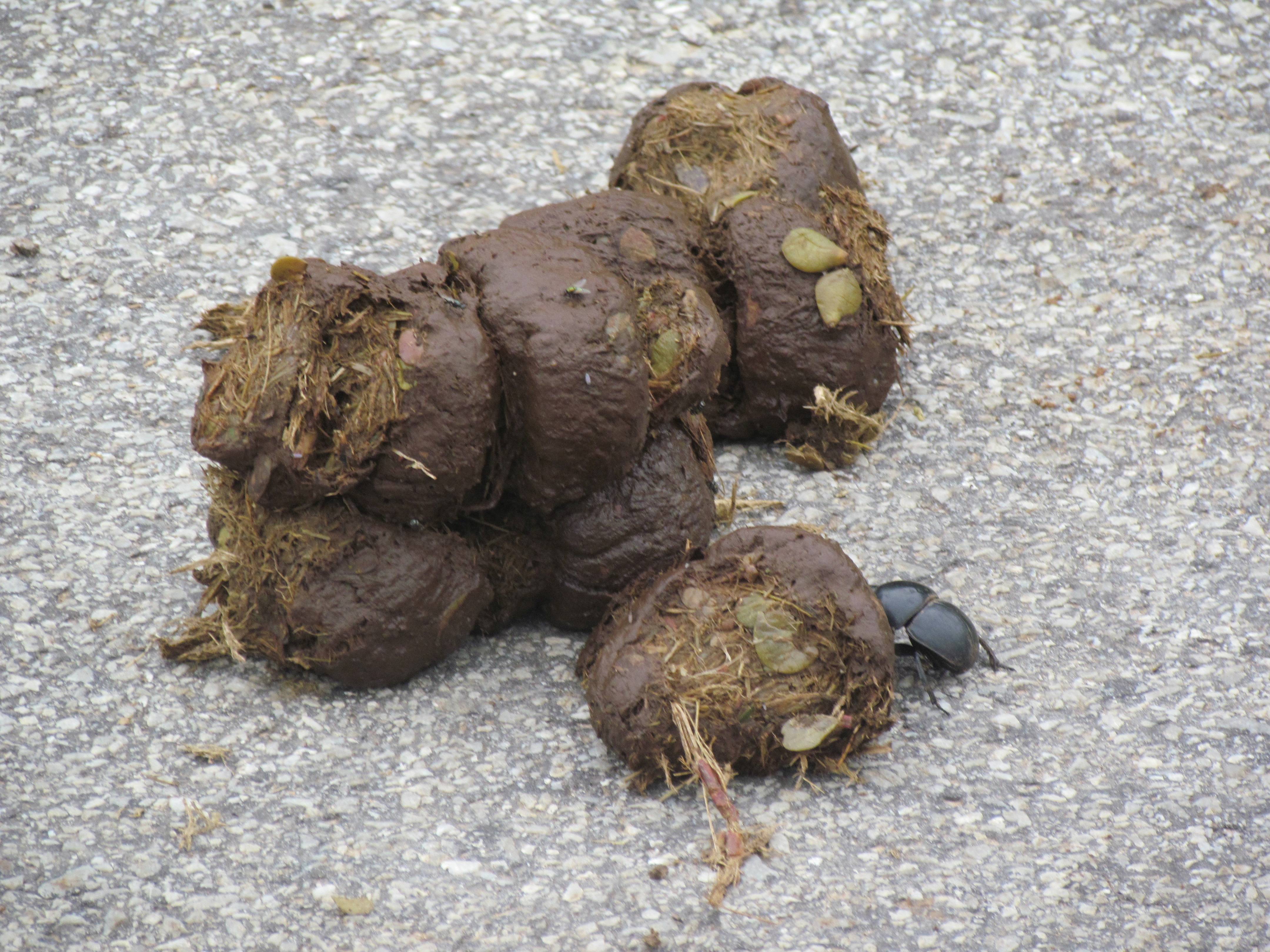