Today we have another engrossing natural history lesson from reader Athayde Tonhasca Júnior. Everything he sent is indented, and you can enlarge his photos by clicking on them.

As any fan of Yogi Bear & Boo Boo knows, food is the main preoccupation of brown bears (Ursus arctos). They need to accumulate calories to survive the winter, so most of their waking hours are spent searching for something to eat. Almost anything of nutritional value will do: flowering plants, grasses, roots, tubers, berries, insects, small rodents, carrion, roadkill or human refuse. For the grizzly bear subspecies (Ursus arctos horribilis), finding food in the cold, harsh mountainous areas of the American states of Montana and Wyoming can be particularly tricky. But those bears can rely on one abundant and nutritious menu item: army cutworm moths (Euxoa auxiliaris). 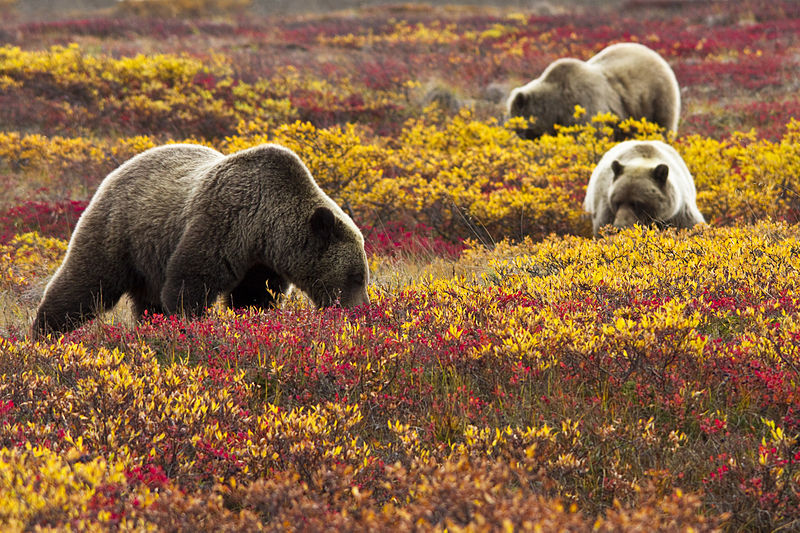 This moth, also known as the miller moth, breeds in open grassland and farmland across the western United States. The adults migrate to higher elevations during the summer, where they feed on nectar at night and gather under rocks during daytime. These moth aggregations are easy meals for a grizzly bear, which can put away 40,000 moths/day. A moth meal, however large, may sound insufficient for a creature weighing 180 to 360 kg (males). Until we learn that army cutworm moths are the fattest animals on record: up to 72% of their body weight is fat (the blue whale comes in at a distant 35%). Moths need this much fat as an energy source for their migration flights, which can cover 100 km/day. Grizzlies are very appreciative of these flying tidbits of fat, which have an average energy content of 7.0 kcal/g dry matter: this is more than what blueberries (4.5), ground squirrels (5.3), trout (5.7) or pine nuts (6.5) can offer. See images of bears searching for moths among rocks at Bear Butter (weight for weight, the gross energy contents of army cutworm moths and butter are equivalent). 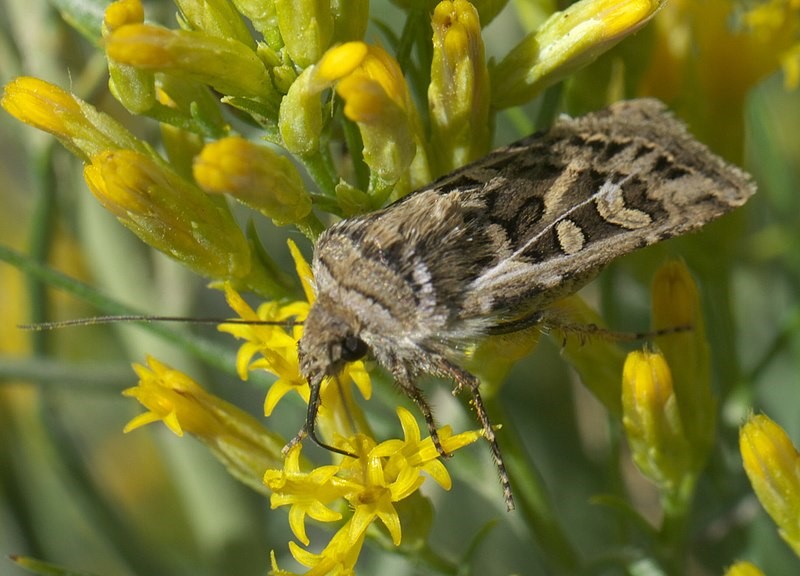 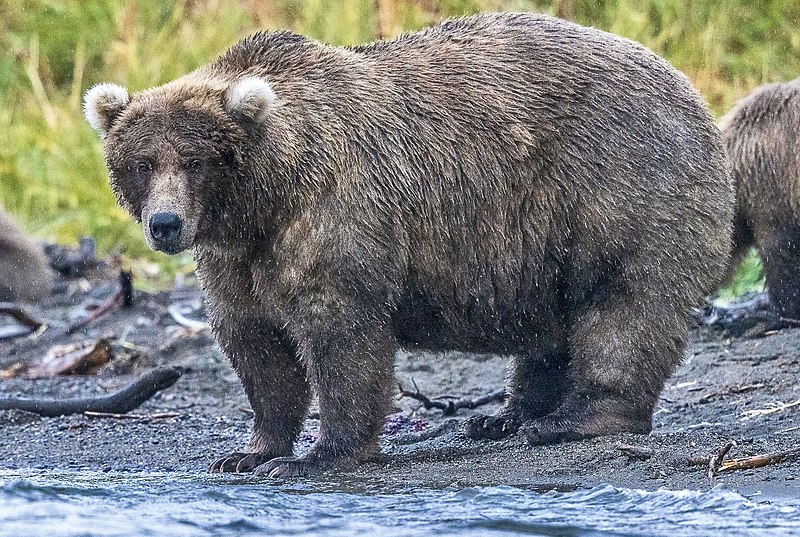 Grizzlies are just a tiny minority of the animals that feed on insects. Insectivorous bats consume 30–100% of their body weight in food each night. Tits (Parus major and P. caeruleus) bring hundreds of caterpillars to their nestlings per day, at rates that reach almost one a minute during peak demand. Most birds are insectivorous or eat insects and other arthropods at some point in their development, and they are hungry: worldwide, birds eat roughly 400 million metric tons of prey biomass/year. This mindboggling figure corresponds to the annual energy consumption of a city the size of New York City. It’s not only birds and bats: other mammals, frogs and lizards feed on a range of insects and spiders.

When we talk about biodiversity, we usually think about the variety of species, their distribution and interactions. But numbers of individuals are important too, as the size of a population dictates its productivity and determines whether a species has what it takes to make a difference for ecological services such as nutrient cycling, flood regulation, water purification and pollination. But simply counting life on Earth gives us a warped view of species’ relative importance—for the obvious reason that size varies tremendously: lots of tiny organisms have much less impact than fewer but bigger ones. For a more useful comparison, life could be quantified as biomass. That’s exactly what Bar-On et al. did (PNAS 115: 6506-6511, 2018): they put together hundreds of studies to estimate the amount of carbon – the building block of life and a proxy for biomass – produced by each of the major taxonomic groups.

Unsurprisingly, plants came first, accounting for more than 81% of all of the planet’s biomass. Not so unsurprisingly, bacteria came second, with ~13%. Animals amount to just 3.6%. Plants rule the Earth, but arthropods (mostly insects, spiders and crustaceans) dominate animal life. Take a good look at the figure below. If you put together each human being, elephant, whale, cow, bird, and every other domestic animal, wild bird or mammal on the planet, it’s not enough to trump terrestrial arthropods. These figures help us put our importance in perspective. 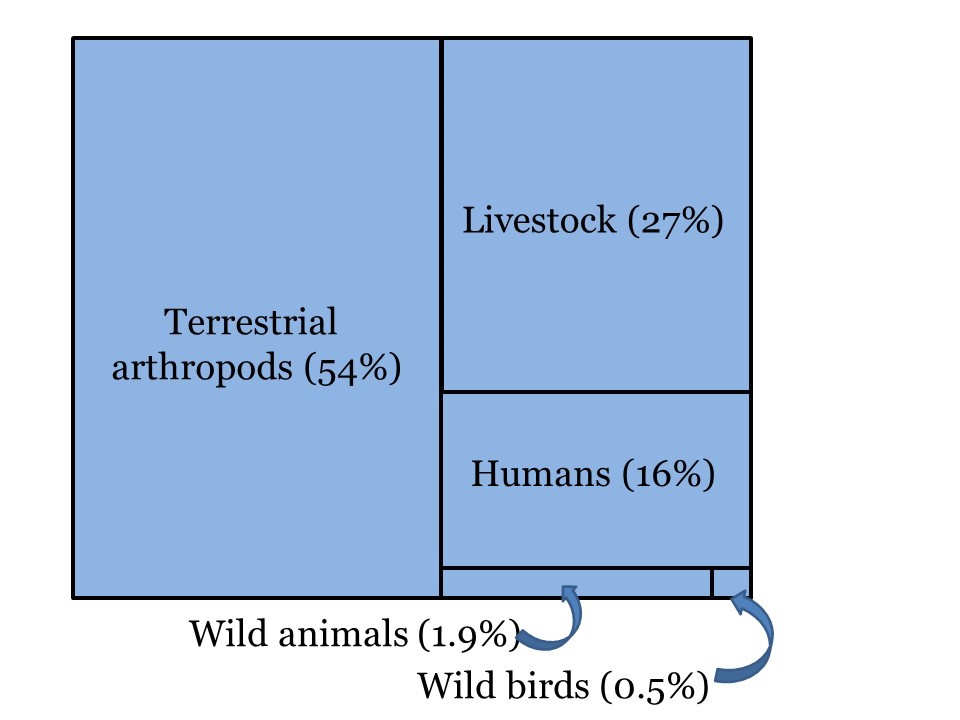 We don’t have data specifically for insects, even less so for moths. But considering their species richness, abundance and relatively large size, it is reasonable to assume that sustaining some grizzlies in American mountains is just a small part of their contribution to the functioning of ecosystems around the world.

When a fat bear dies, it becomes a source of energy and nutrients for other creatures that consume its fresh remains (necrophagous species) and the decaying leftovers (saprophagous species). By breaking down organic matter and recycling nutrients, these decomposers sustain ecosystems; plant succession, habitat regeneration, and every other natural process depends on the cycle of life and death.

Certain bird, fly and beetle species are the main necrophages on standby to make a meal out of a recently deceased animal. But in the tropical forests of South and Central America, this club of specialised gourmets has some unusual members: the vulture bees Trigona hypogea, T. crassipes, and T. necrophages. 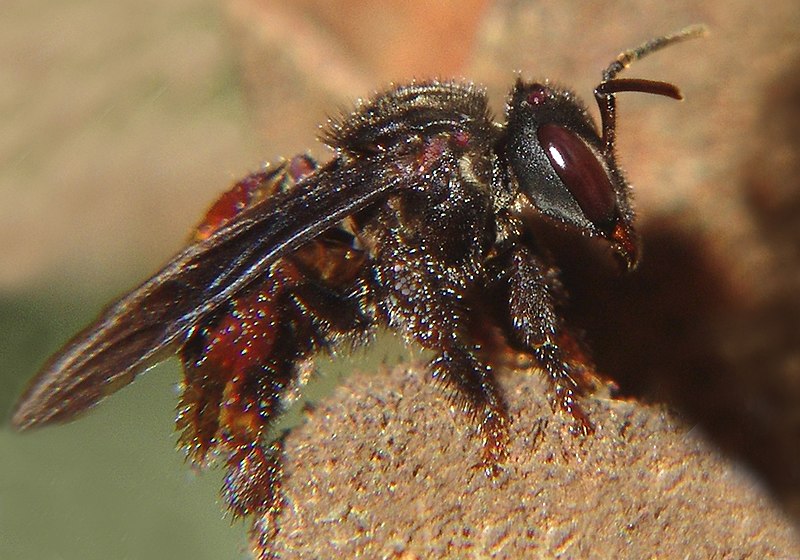 These stingless bees do not collect pollen from flowers like most of their relatives. Instead, they ingest the flesh of dead birds, monkeys, lizards, snakes, and fish. Vulture bees have large, pointed teeth, which they use to break into a carcass through its eyes, just like maggots do. They slice off pieces of meat from the corpse and store them in their crops. Back at their nests, bees regurgitate the meat and mix it with honey. In about two weeks, the mixture turns into a paste rich with free amino acids, proteins and sugars. This nutritious pap is then fed to bee larvae.  You can watch vulture bees having lunch here. 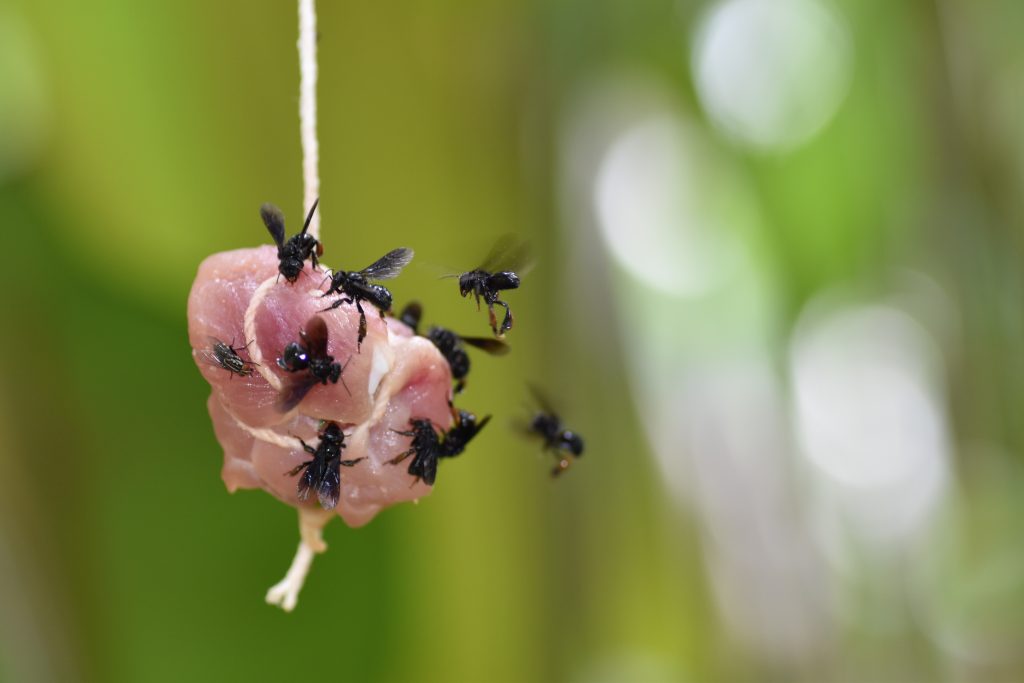 Vulture bees are quite efficient: when a wandering bee finds a corpse, she lays a pheromone trail to attract her nest mates. Once assembled, the gang can consume the whole carcass in a day or two. And they are good at defending their prize: potential competitors such as blowflies are kept at bay, unable to match the bees’ strong teeth.

Necrophagous bees may sound outlandish, but this feeding habit has an explanation. Bees evolved from carnivorous hunting wasps in the mid-Cretaceous period, so bees can be seen as wasps that turned vegetarian. Meat eating is nothing more than switching back to an ancestral lifestyle. But why would they do that? Meat is a richer source of protein than pollen, as long as its consumer is capable of digesting it. And vulture bees have what it takes: their gut microbes are similar to those found in the guts of carrion-eating birds.

And if you thought that carnivorous bees are just another bizarre tale from exotic, faraway places, think again. Vulture bees are obligate necrophages, that is, they have no option other than to scavenge carrion. But many bees and other insects are facultative necrophages: they occasionally get nutrients from a corpse to supplement their diet. These sporadic carnivores include the Mesoamerican bumble bee (Bombus ephippiatus) from Central America and the ubiquitous buff-tailed bumblebee (B. terrestris), which have been recorded eating carrion. The common eastern bumblebee (B. impatiens) from the US and Canada and the European honey bee (Apis mellifera) have been caught feeding on the fluids exuding from pig carcasses. Other exquisite non-plant food items taken by some of these bees include mammalian faeces, human urine and bird droppings. 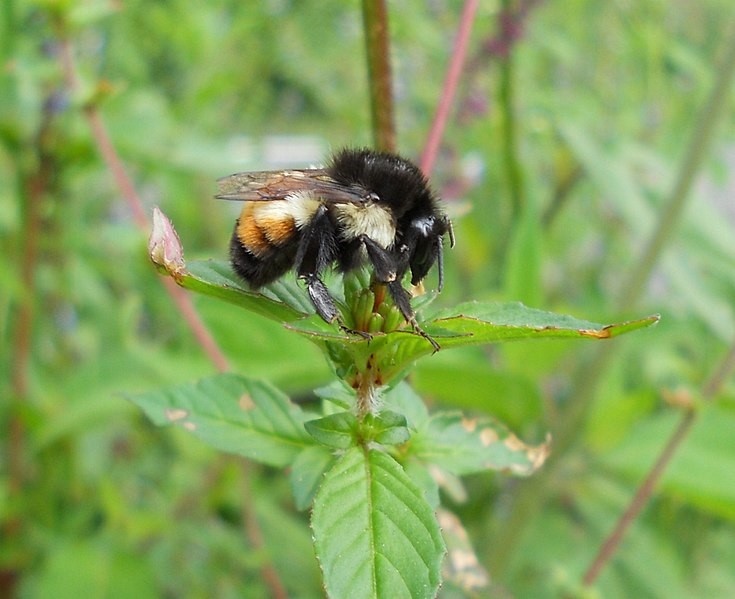 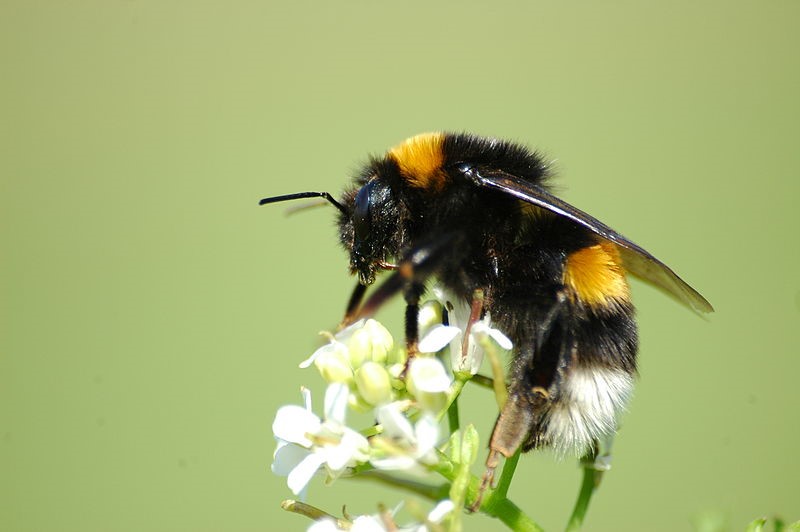 We don’t know why bees occasionally feed on these non-plant substances; they could be deprived of proteins or other nutrients normally taken from pollen. Or they could be making use of alternative, readily available sources. Some butterflies do it all the time, and there is a name for it: mud-puddling. That’s when they aggregate on puddles of mud, dung or carrion to suck up minerals and nutrients. Lapses into carnivory by vegetarians are not restricted to insects: hares and deer may turn to dead fish, rabbits, human remains and even live birds, especially in the winter months, when dietary minerals become scarce. 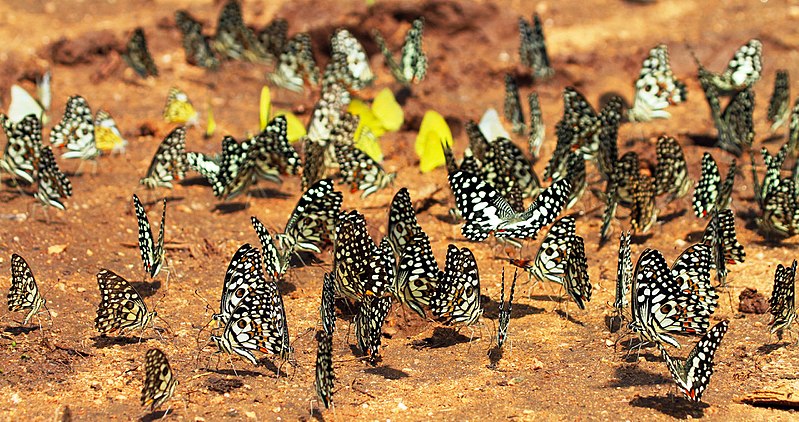 The thought of our beloved bees gobbling down bits of corpses, feces and other unsavoury substances may be repulsive to us, but that’s an anthropocentric view of nature. If a species has the means to ingest and digest them, there is no reason to shun excellent sources of energy and nutrients. Stuff that makes us squirm could make all the difference for the survival and success of some species. 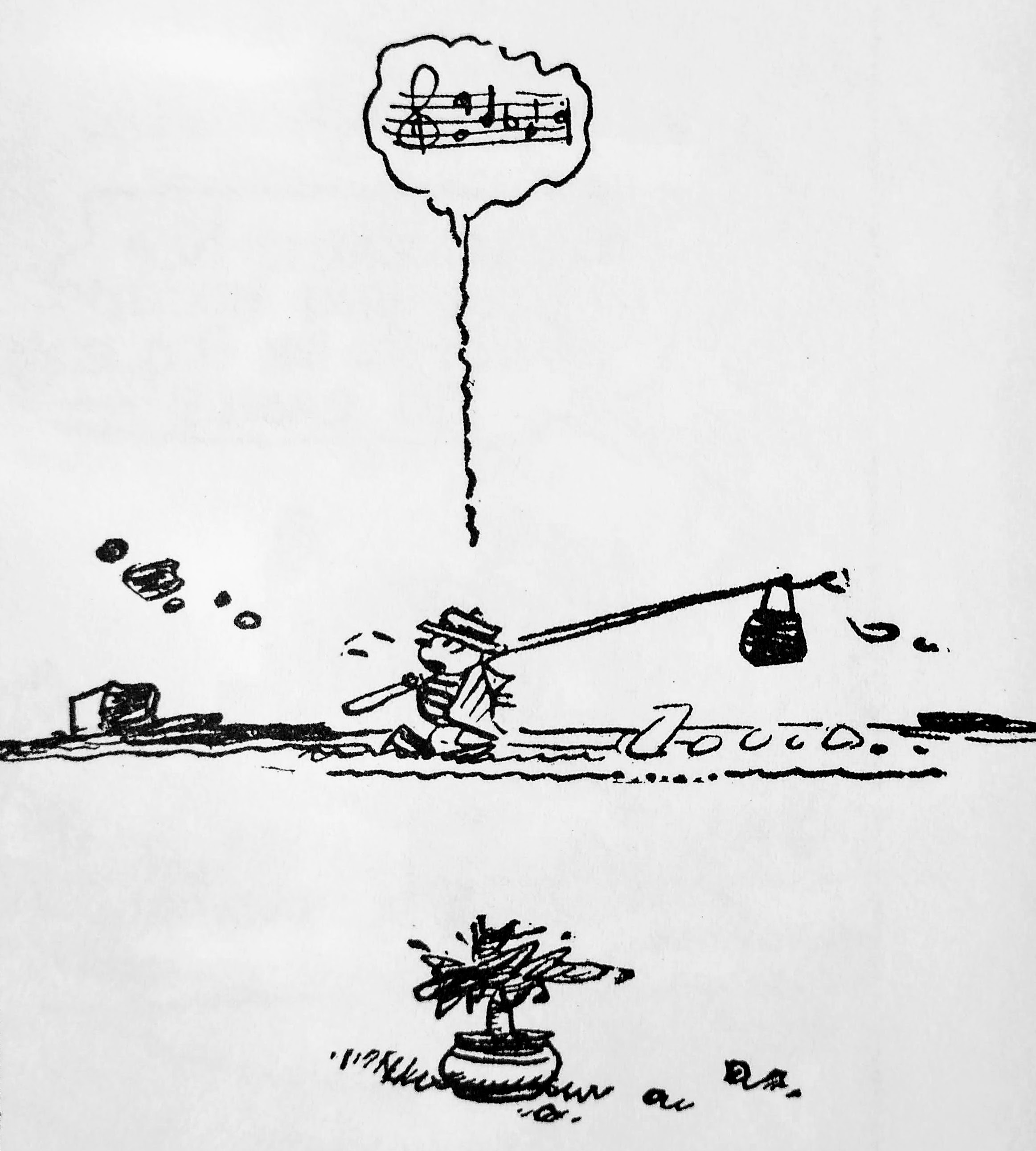