I have a lot of videos and photos of Audrey’s brood when they went through a recent growth spurt, but here are a few shots I took today to show you how large those babies have gotten. They’re nearly Audrey’s size, but haven’t yet got full-sized flight feathers, though they run and flap their wings quite often. I suspect they’ll start flying within the next ten days. I’ll show a video of the flapping soon.

In the meantime, they’re nearly GROWED UP! (Note the errant turtles.)  Here are all 12 babies. No, their greenish heads don’t mean they’re all going to be drakes: all juveniles have the same coloring, and we won’t know their sex before they fly away. (There are two sexes in ducks, as there are in humans.) 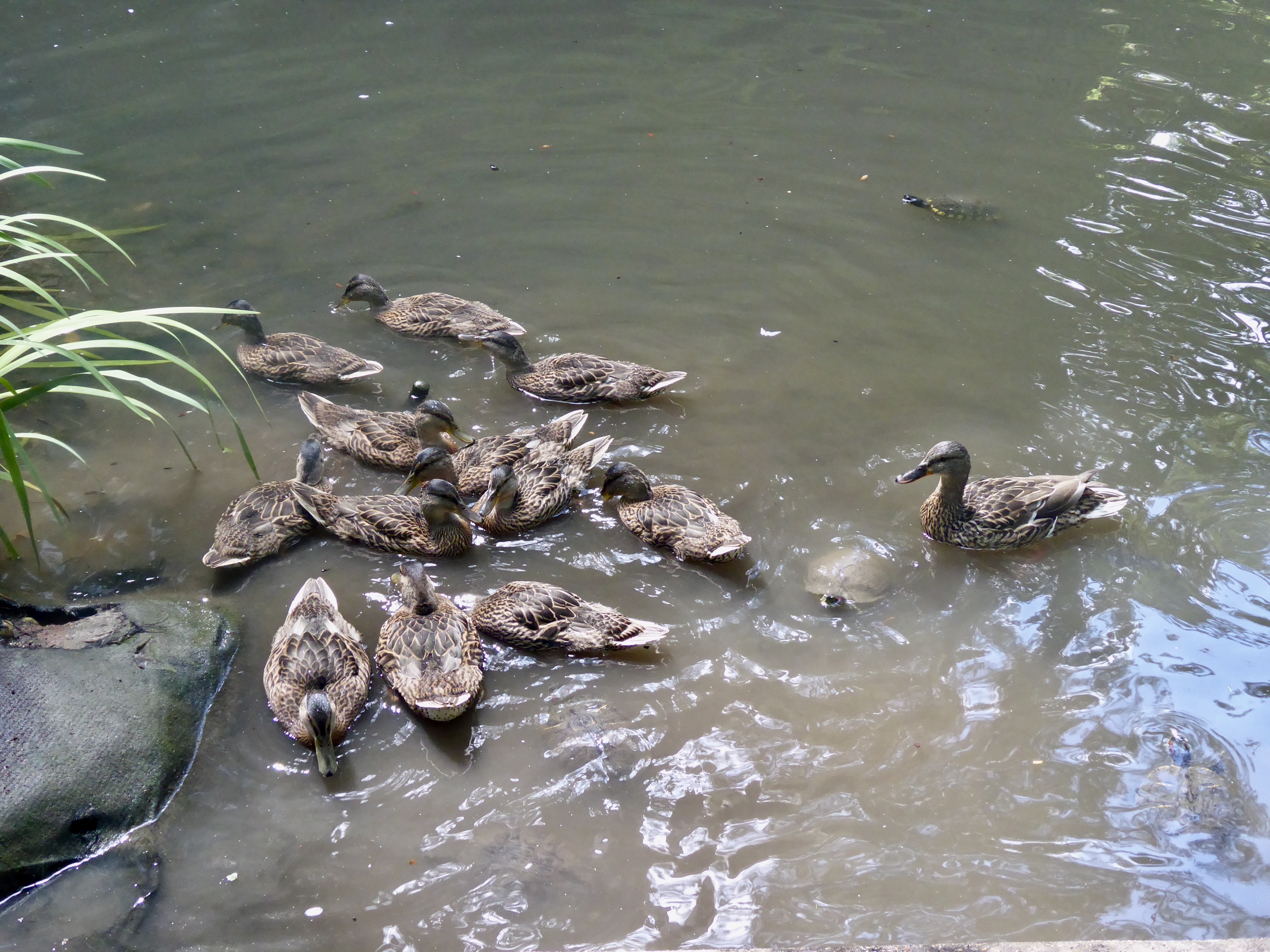 Well-fed babies, watched by Audrey, hanging their food-swollen crops over the edge of the ledge: 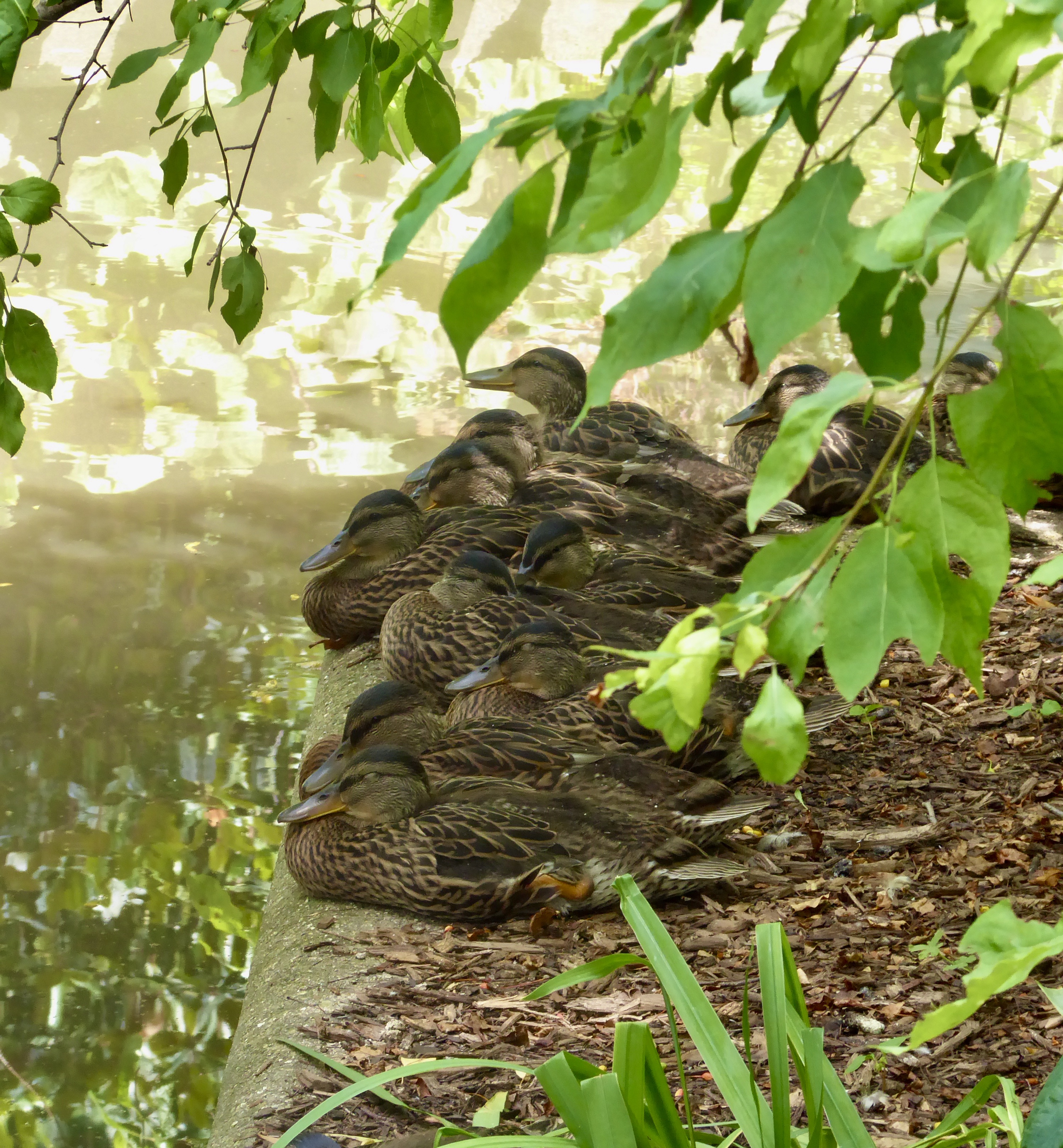 Resting on Duck Plaza, overseen by Audrey, of course: 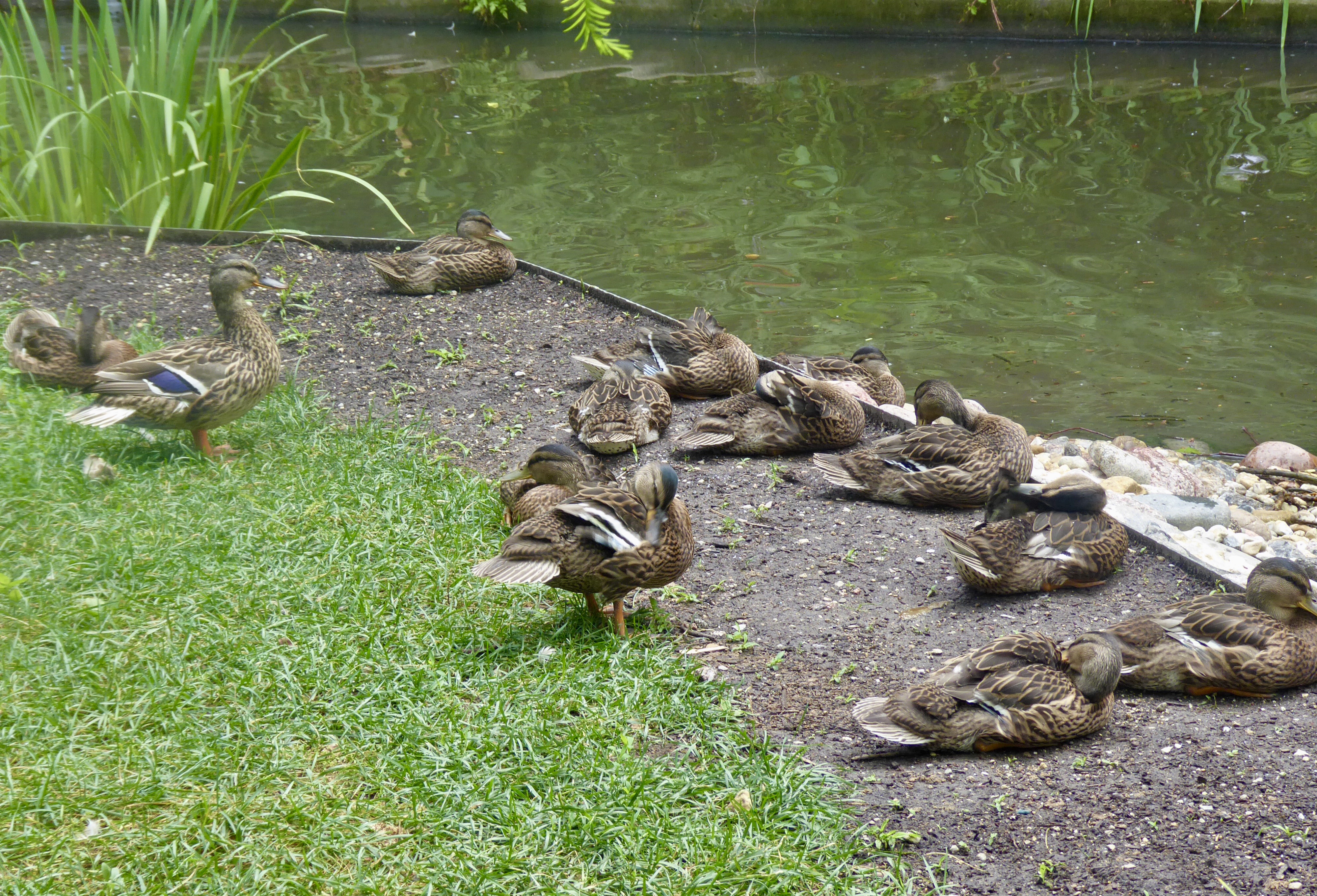 What we call “duck ballet”, as a duckling shows off a plie, sticking out a leg: 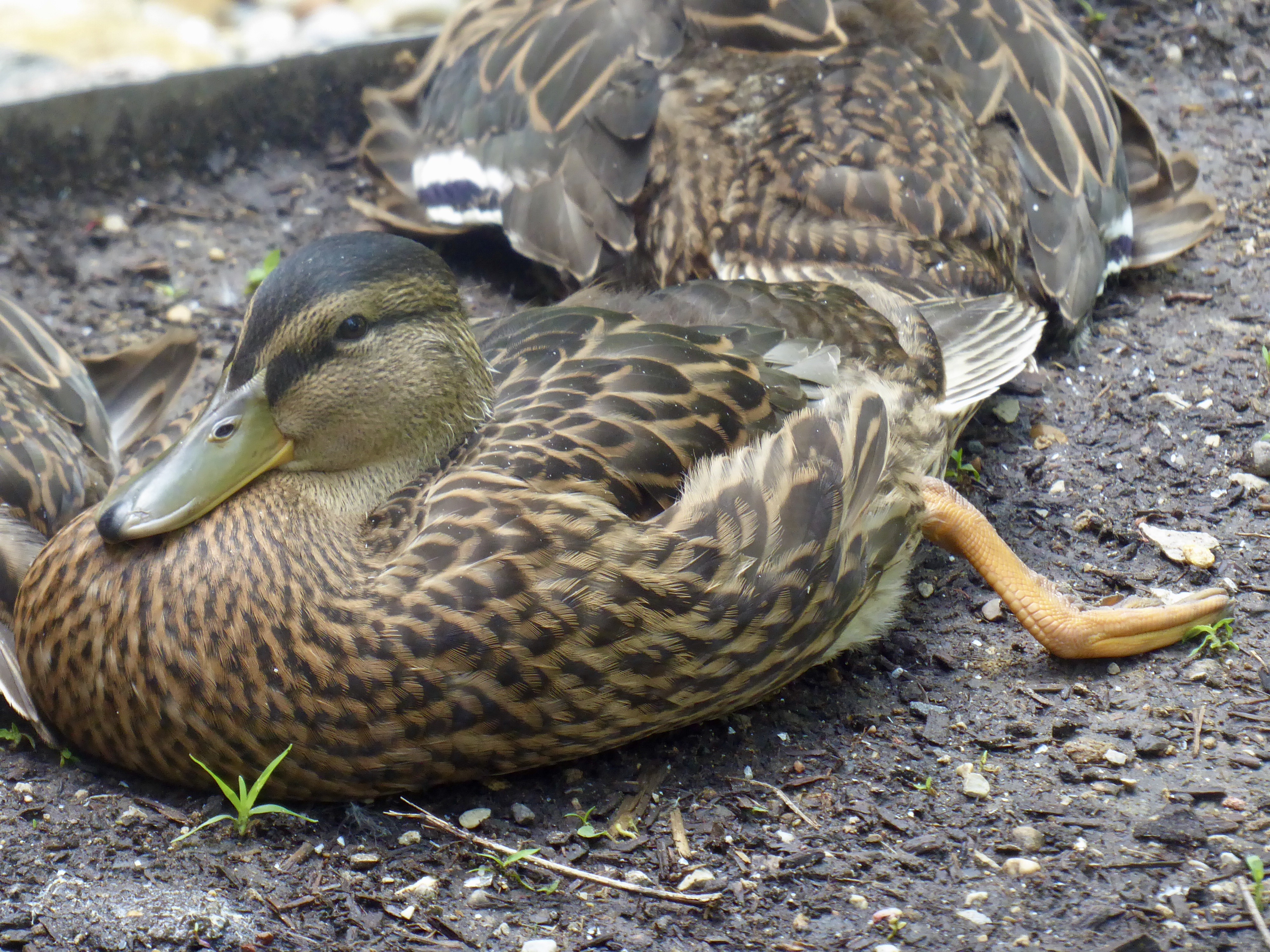 Here’s Audrey: this is a bill-identification photo of the left side. I have several of these from each side so we can identify her if she ever returns. She looks sweet and amiable, doesn’t she? You wouldn’t know that she’s a Psycho Killer duck, the most aggressive alpha female mallard I’ve ever seen, but also the most attentive mother I’ve known (the traits are connected, of course).

Her long neck, which looks like a periscope when she sticks it up, is where she gets her name (after Audrey Hepburn): 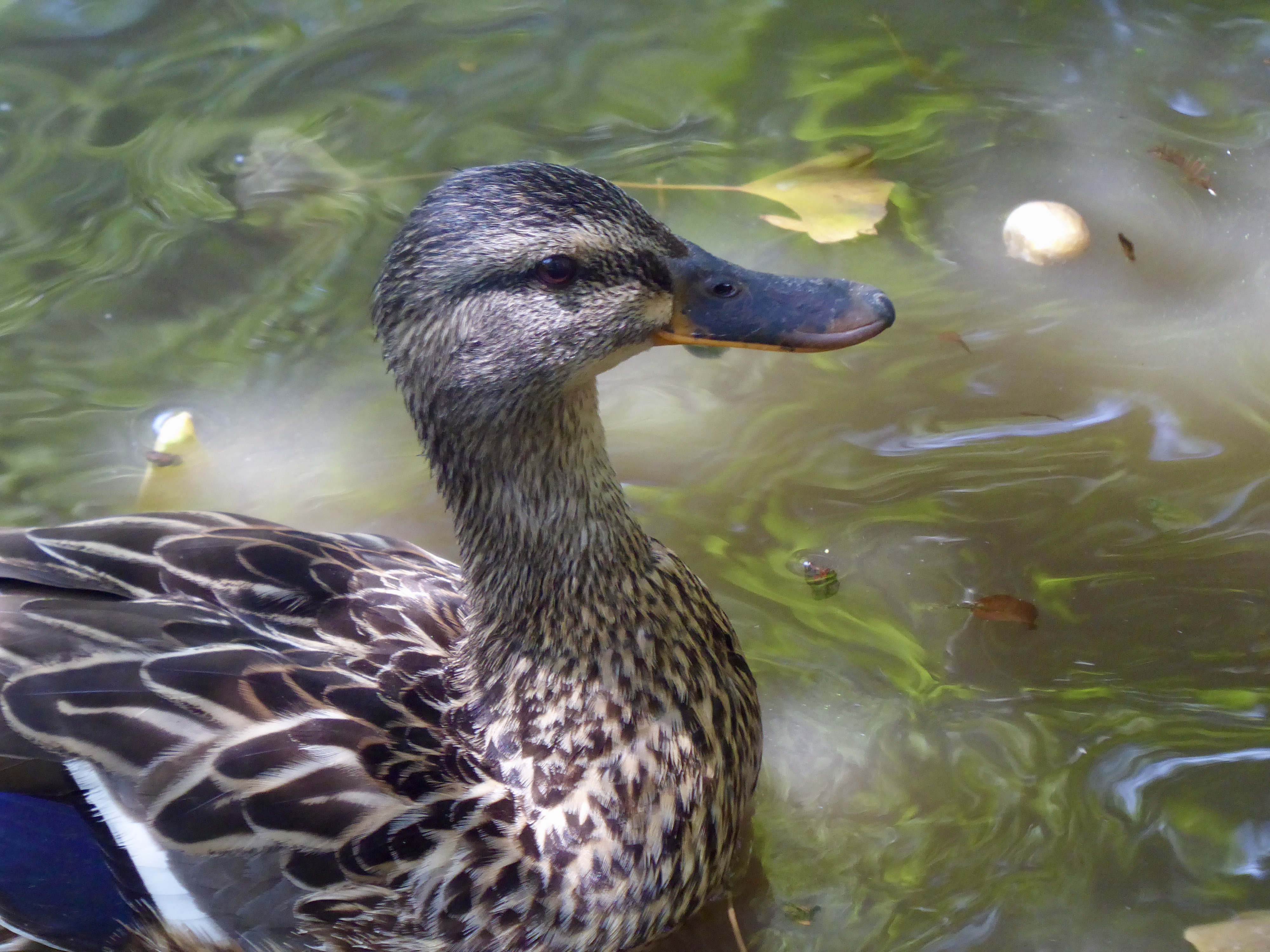 And we mustn’t forget the turtles! 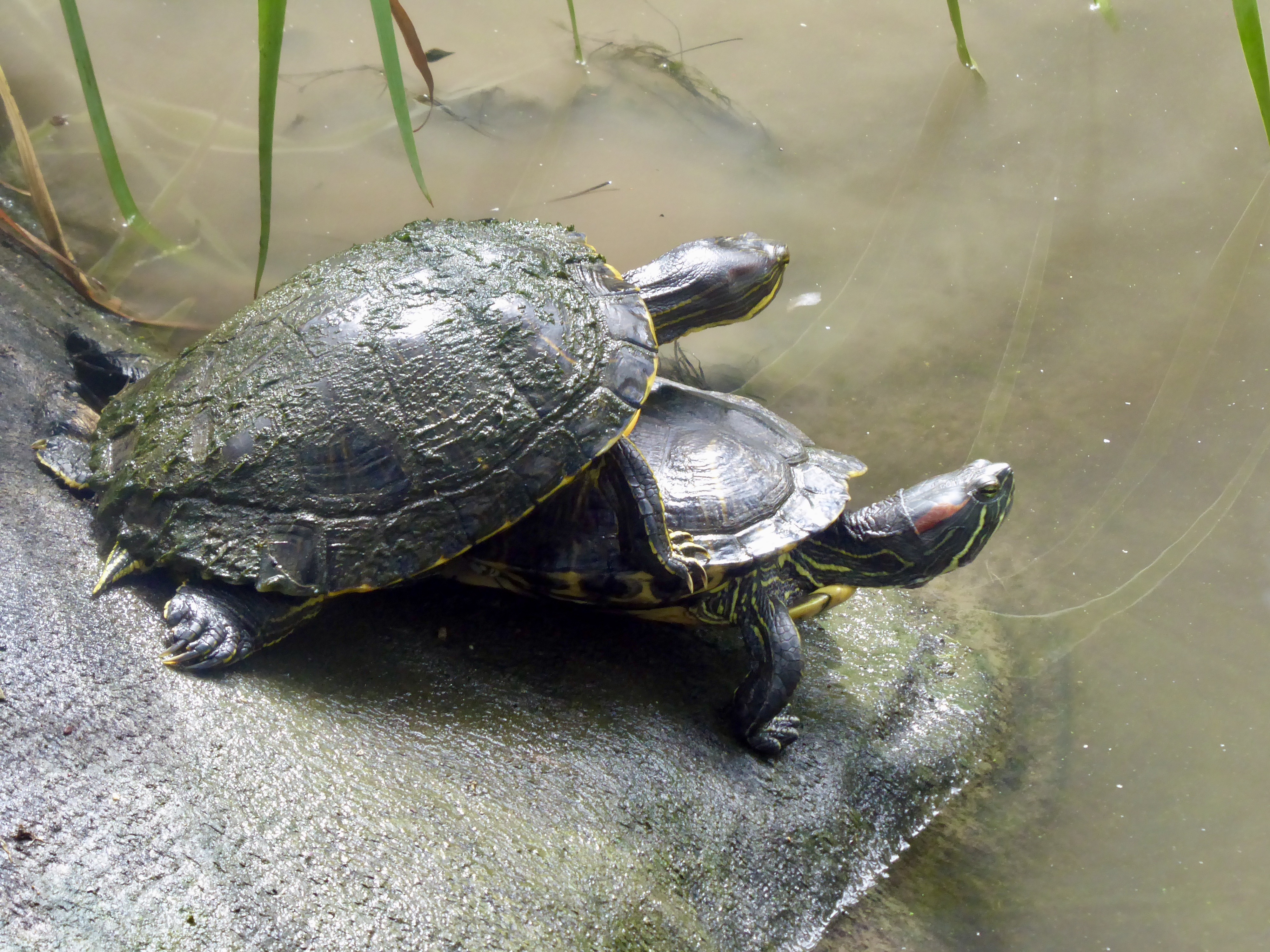 p.s. I’ve seen these caterpillars several times around the Pond. They seem aposematic (warningly colored). Does anybody know what species this is? It’s yellow with back stripes (definitely an aposematic pattern) and has a red head. 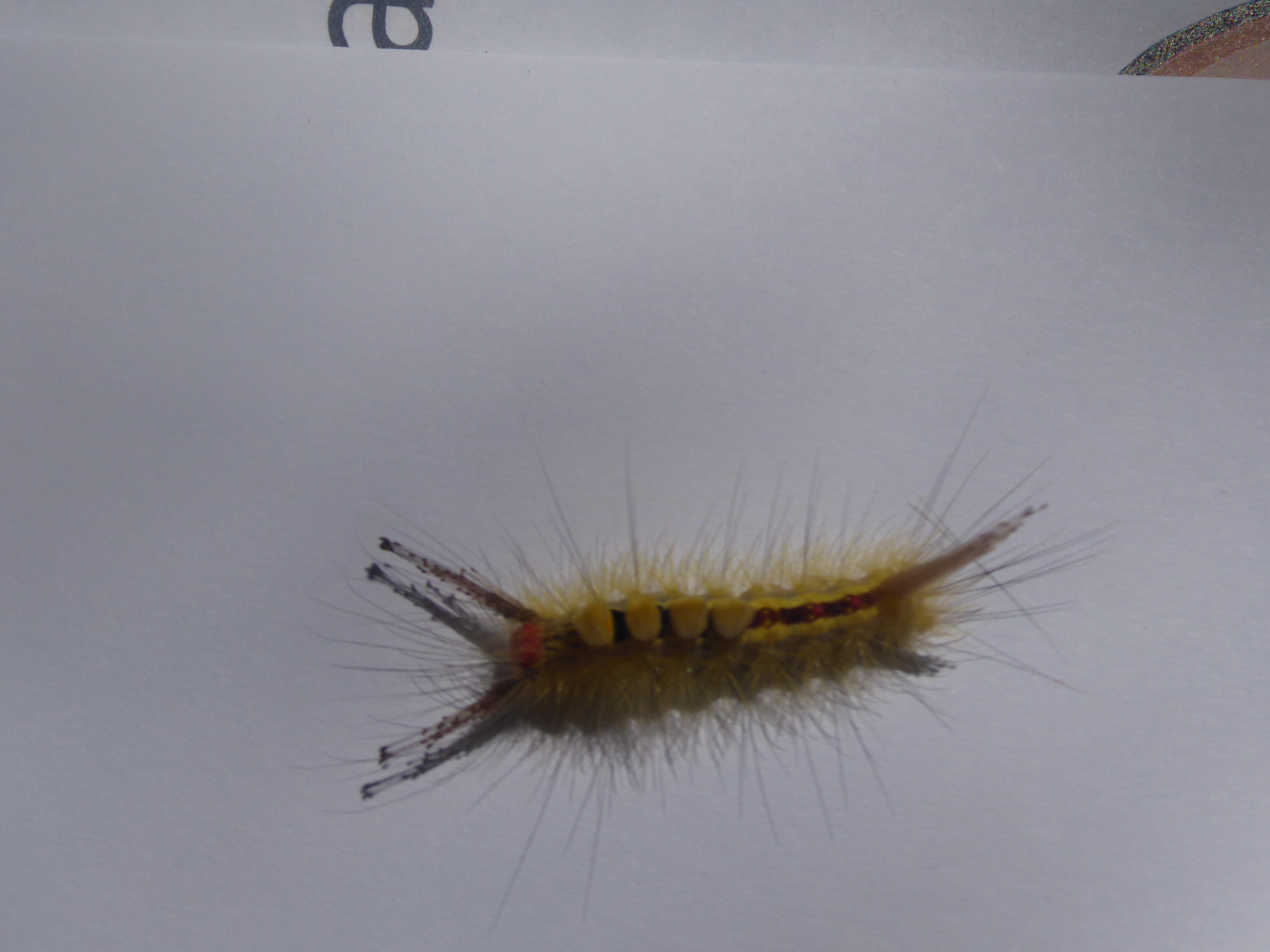 8 thoughts on “Just a few shots of my grandchildren”