Today we have photos of fantastic spiders from Tony Eales of Queensland.  His notes and captions are indented, and you can enlarge his photos by clicking on them:

Not for the arachnophobes. We’re in the depths of a particularly cold winter at the moment so I haven’t been out photographing much. This has given me a chance to look over my spider photos from the last several months and here’s some of the interesting ones.

First a large orb weaver. Currently undescribed but will likely be placed in the genus Backobourkia (in Australia one phrase for the outback is “the back o’ Bourke” Bourke being an outback town once considered the edge of civilization). Currently it goes by the temporary name ‘Morningstar Orbweaver‘ on account of the shape of its abdomen. 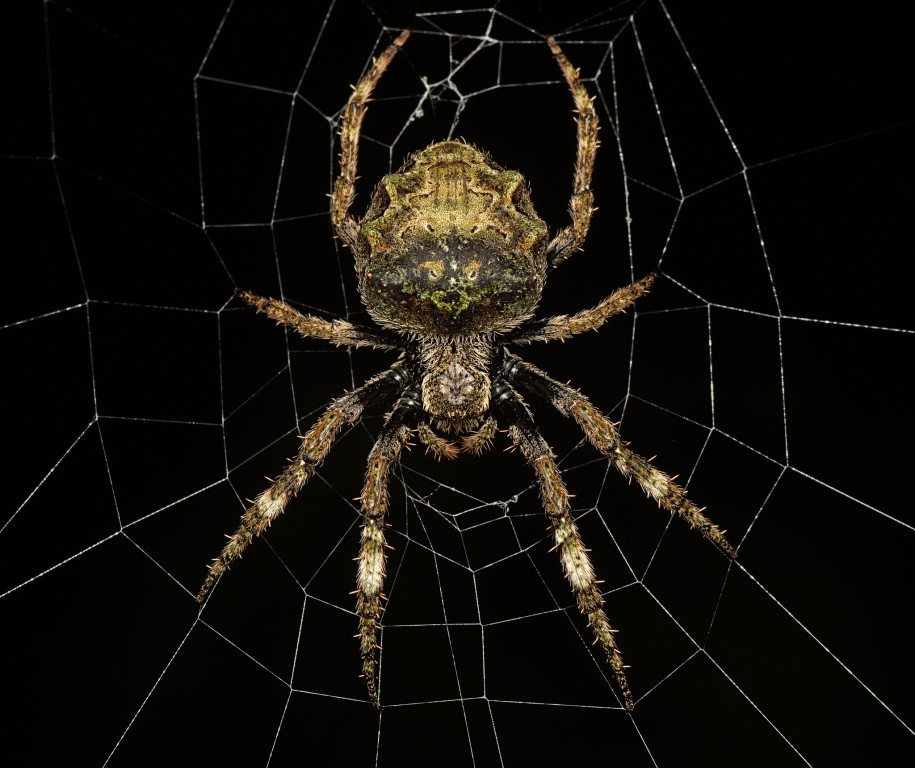 Next is a Pirate Spider (Australomimetus sp.) doing what Pirate Spiders do, eating another spider, in this case a Calamoneta sp., one of the long-legged rainforest sac spiders in the family Cheiracanthiidae. 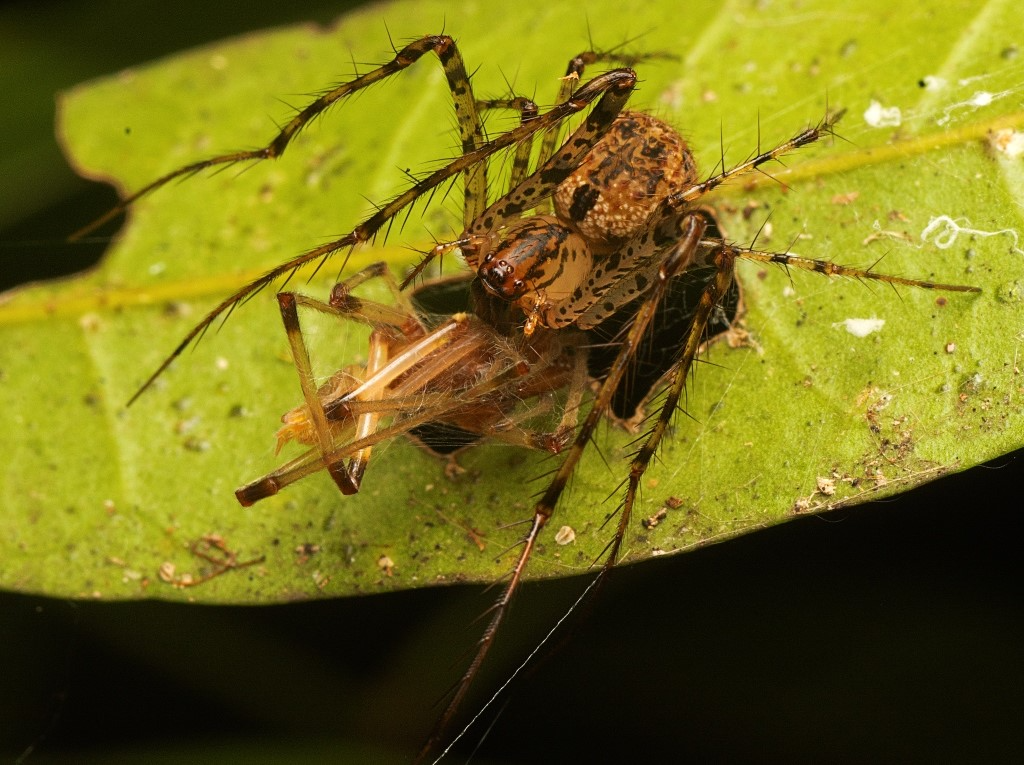 In my last set I showed a close-up of the face of this hump-backed net-casting spider, Menneus sp. This photo shows the full body. 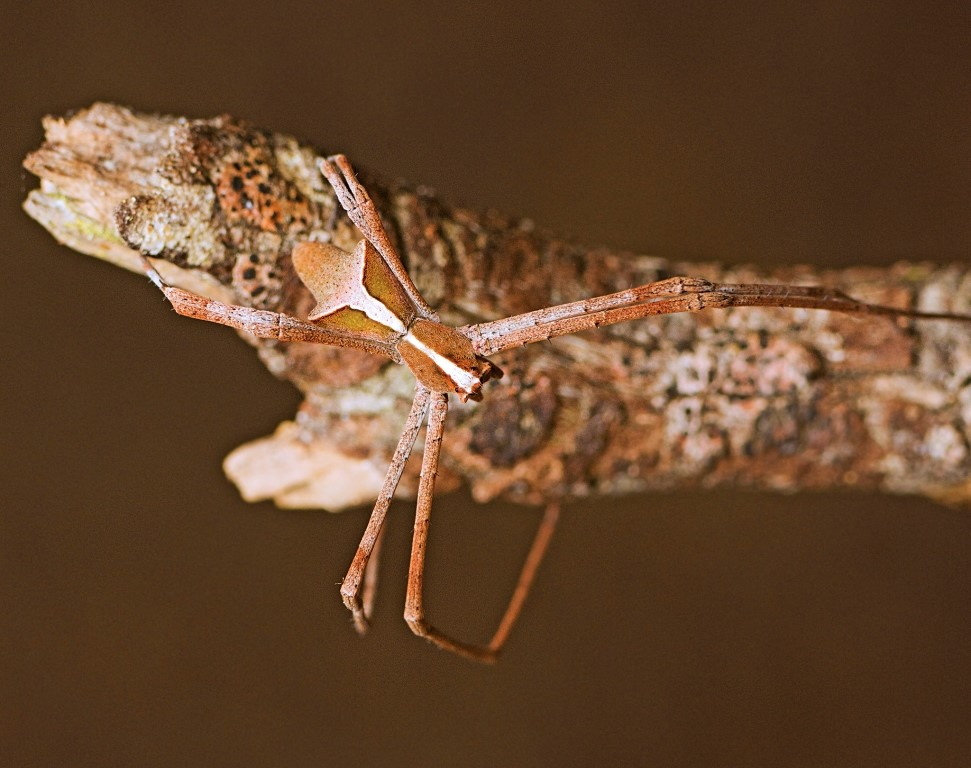 Only last week I found this feather-legged venomless spider, Miagrammopes sp. At night they hang in these high tension three strand webs. I read that when an insect touches the web one end is detached and the strand immediately tangles up ensnaring the prey. The silk used is cribellate silk, a fuzzy wool-like silk that doesn’t have adhesive droplets. A paper I looked at recently said that despite the lack of adhesive, the silk bonds with hydrogen bonds to insect hairs and exoskeletons, making it nearly impossible to escape from. 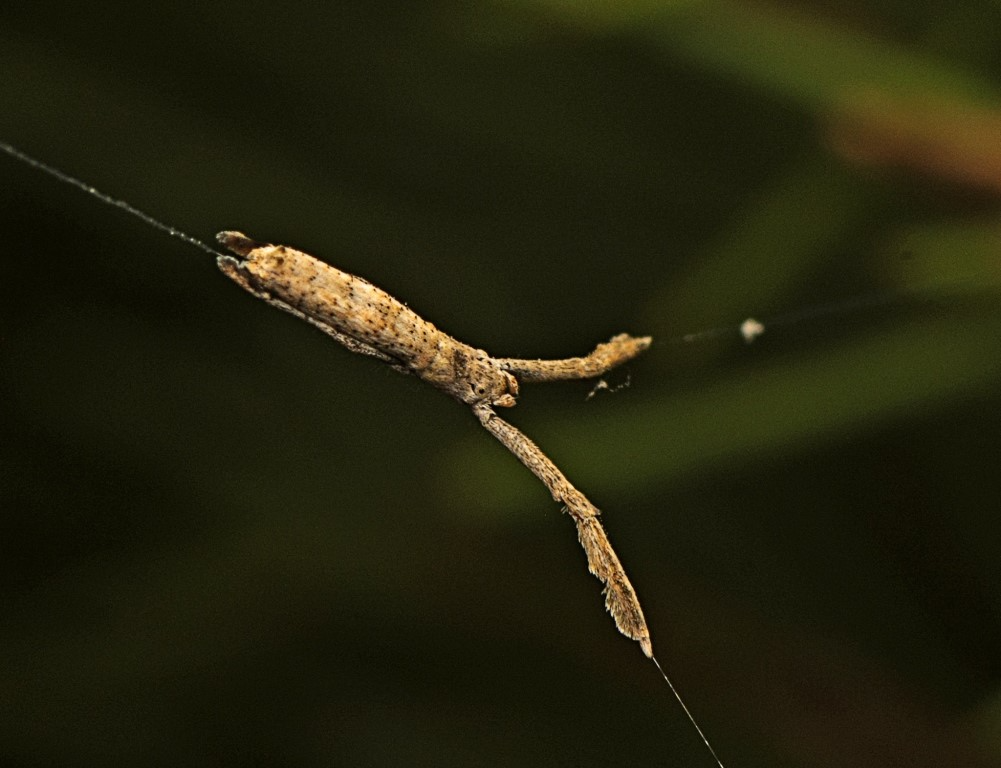 I recently found my first juvenile Poecilopachys australasia which I’ve been after for a while. Hairy little things, aren’t they? 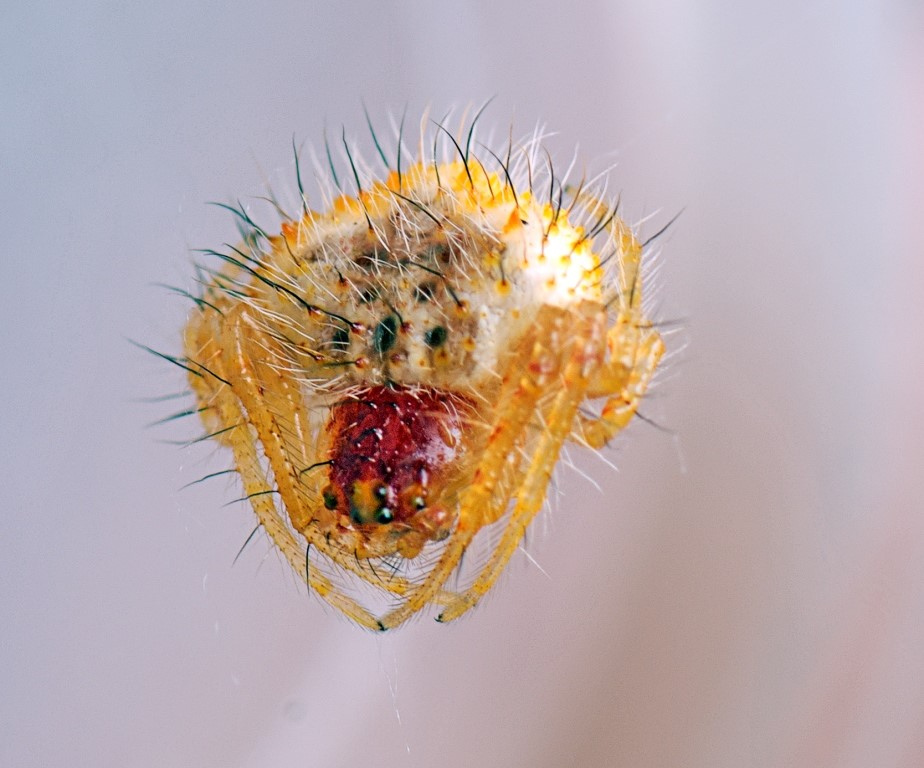 This is the adult. 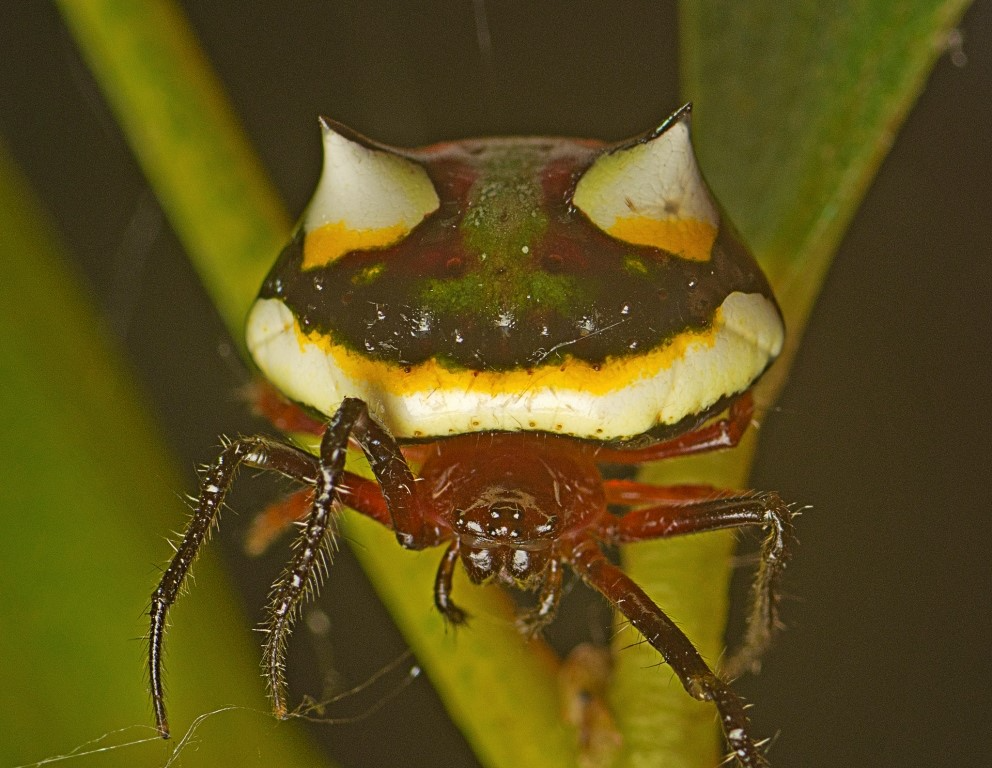 At the same location I found a lot of these Poltys illepidus, Tree Stump Spider. While large for a Poltys, I think ‘tree stump’ is quite the exaggeration. But when all folded up they do resemble a snapped off twig. 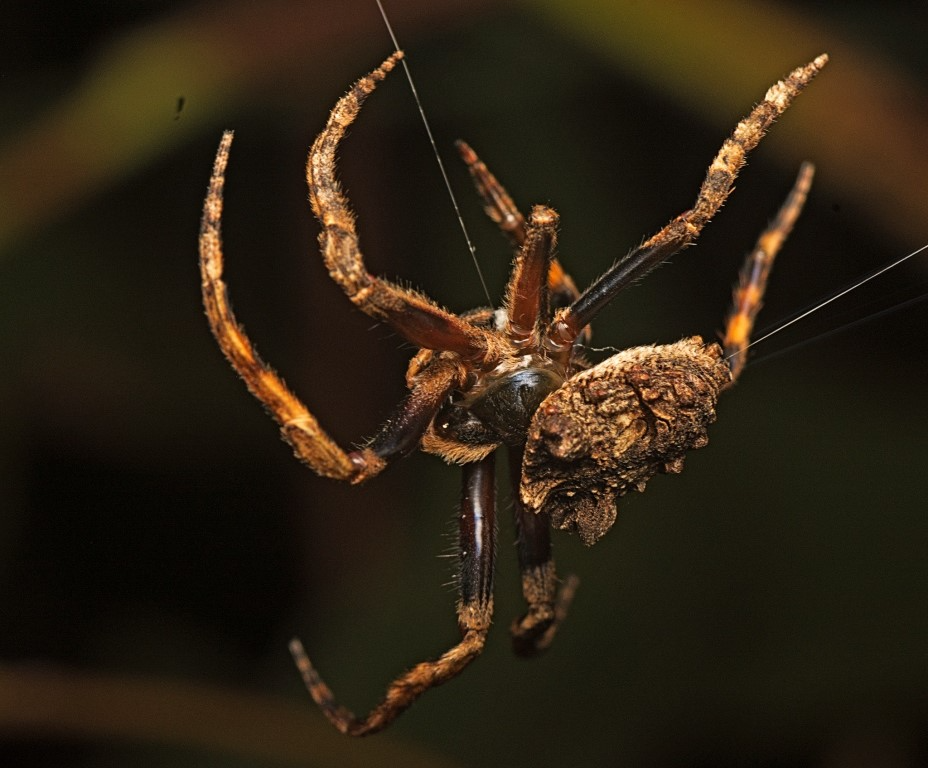 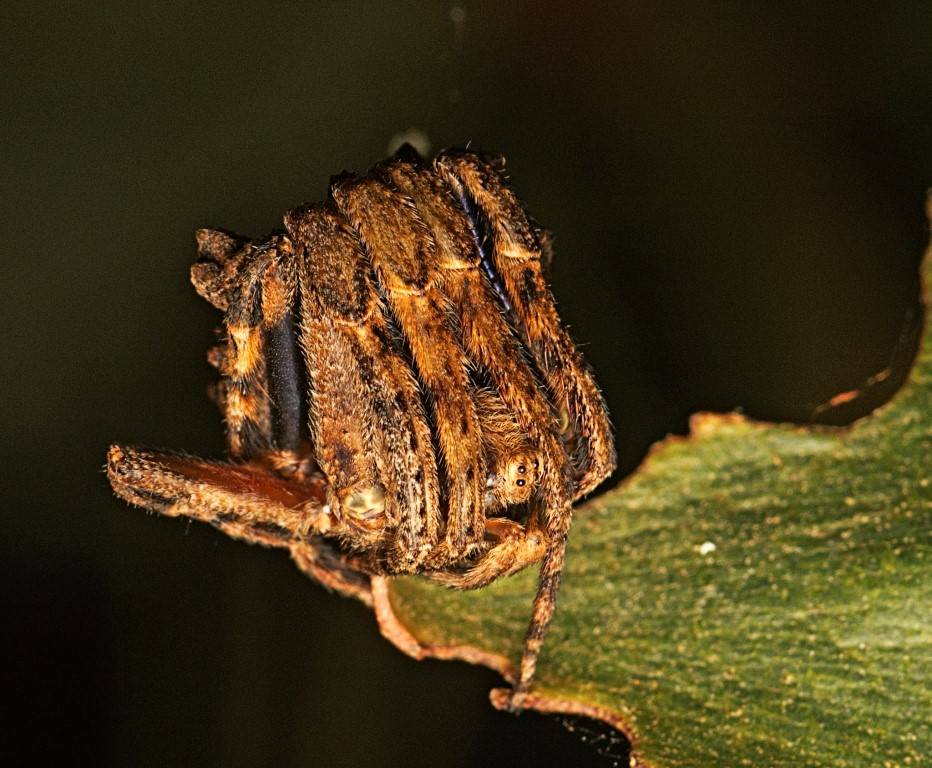 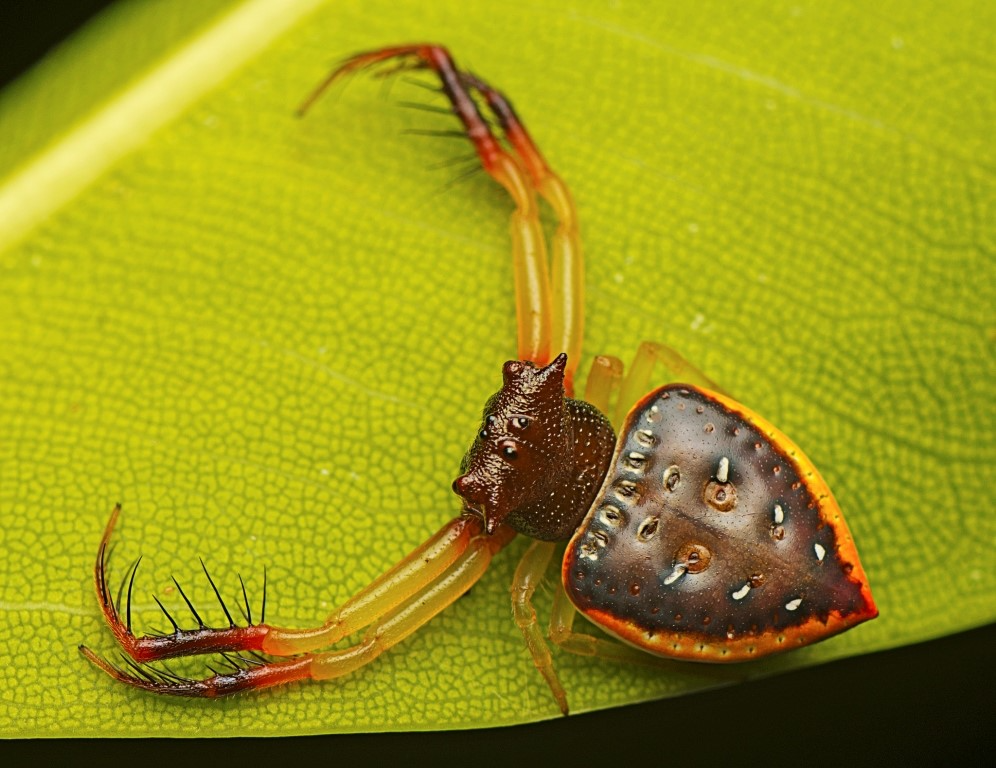 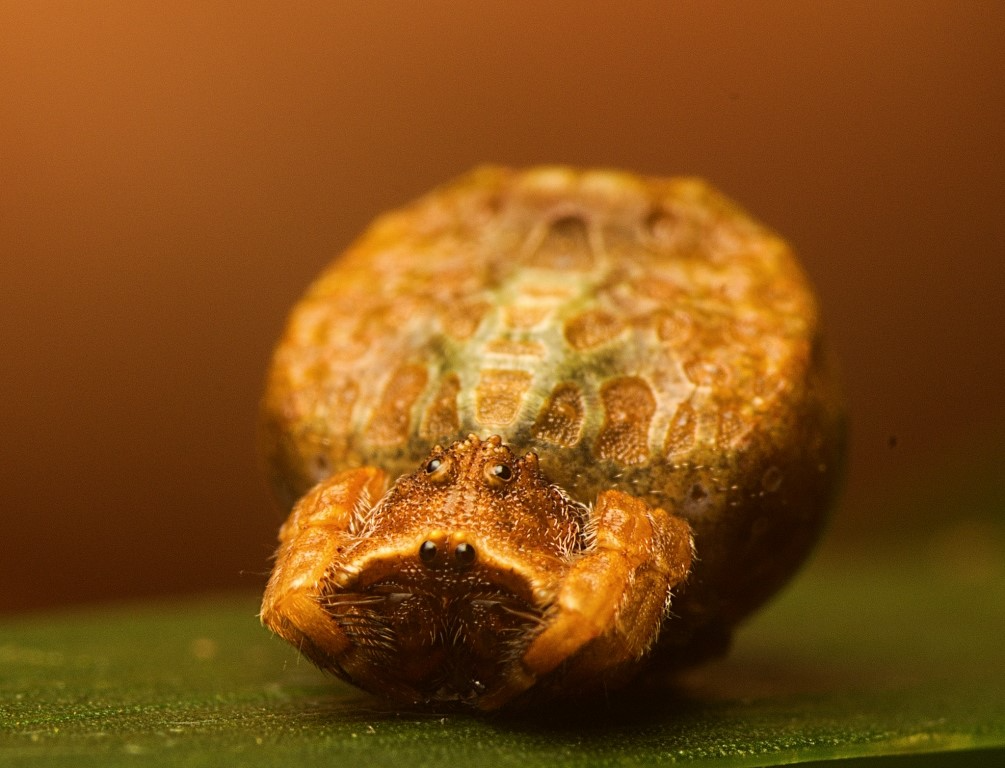 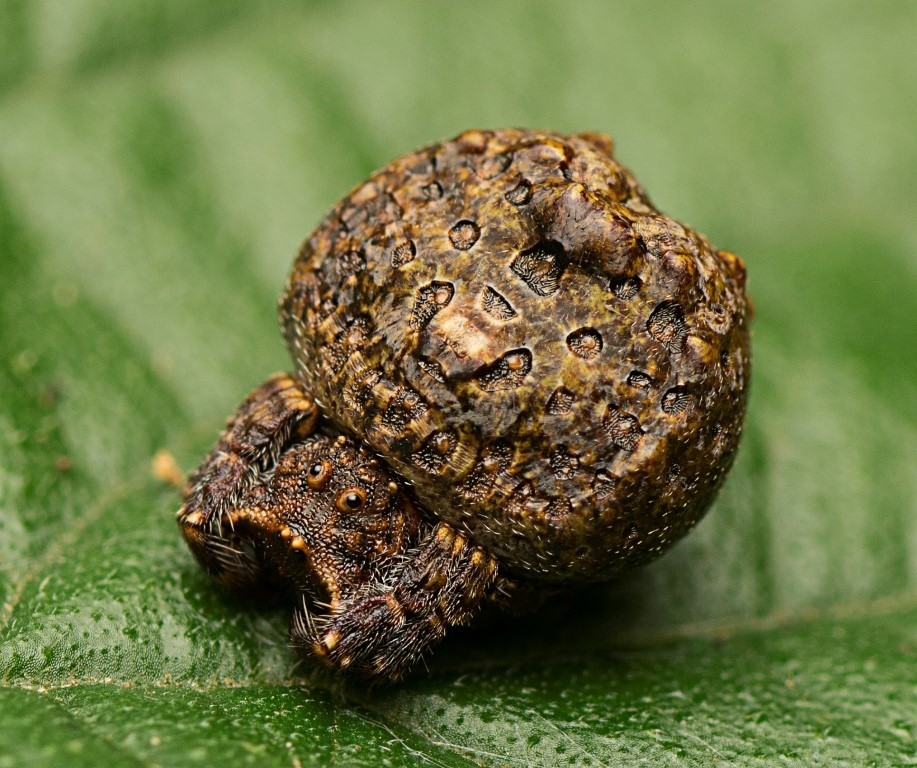 . . . and a tiny male Arkys tuberculatus. 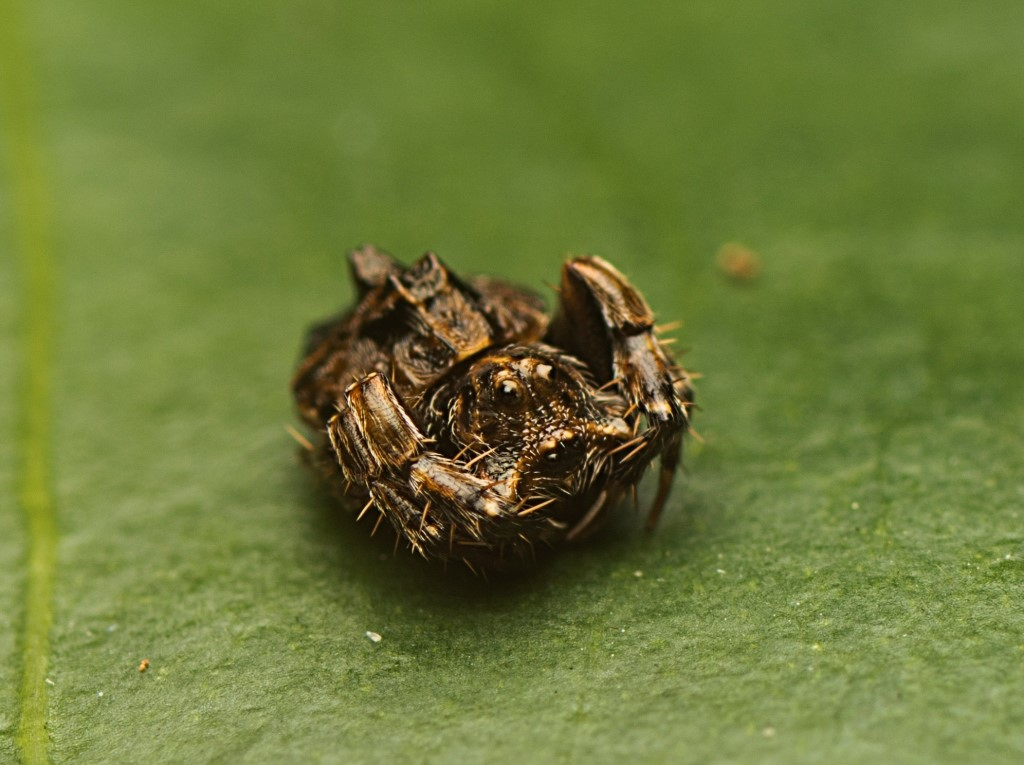