Today’s photos of birds come from Bill Robertson, whose captions, descriptions, and IDs are indented. You can enlarge the photos by clicking on them.

All of these were taken near where I live now, in Fort Collins, CO. The city maintains a huge system of parks and natural areas protected from development. The amazing thing to me about this is that about 20 years ago (or thereabouts),  the citizens of the town actually voted to raise the city sales tax to pay for all of this. They have a full-time staff of maintenance crews and a volunteer staff of citizen naturalists who give tours to school kids and anyone else interested. How amazing is that?

Some of these were taken in various parks and natural areas and I’ve tried to indicate that for each one. A lot of them were also taken in my yard, through my windows.

Red-tailed Hawk (Buteo jamaicensis). This one was hanging out in my back yard keeping an eye on the bird feeders and squirrels. Caught just leaping after a squirrel who managed to scoot under the deck. 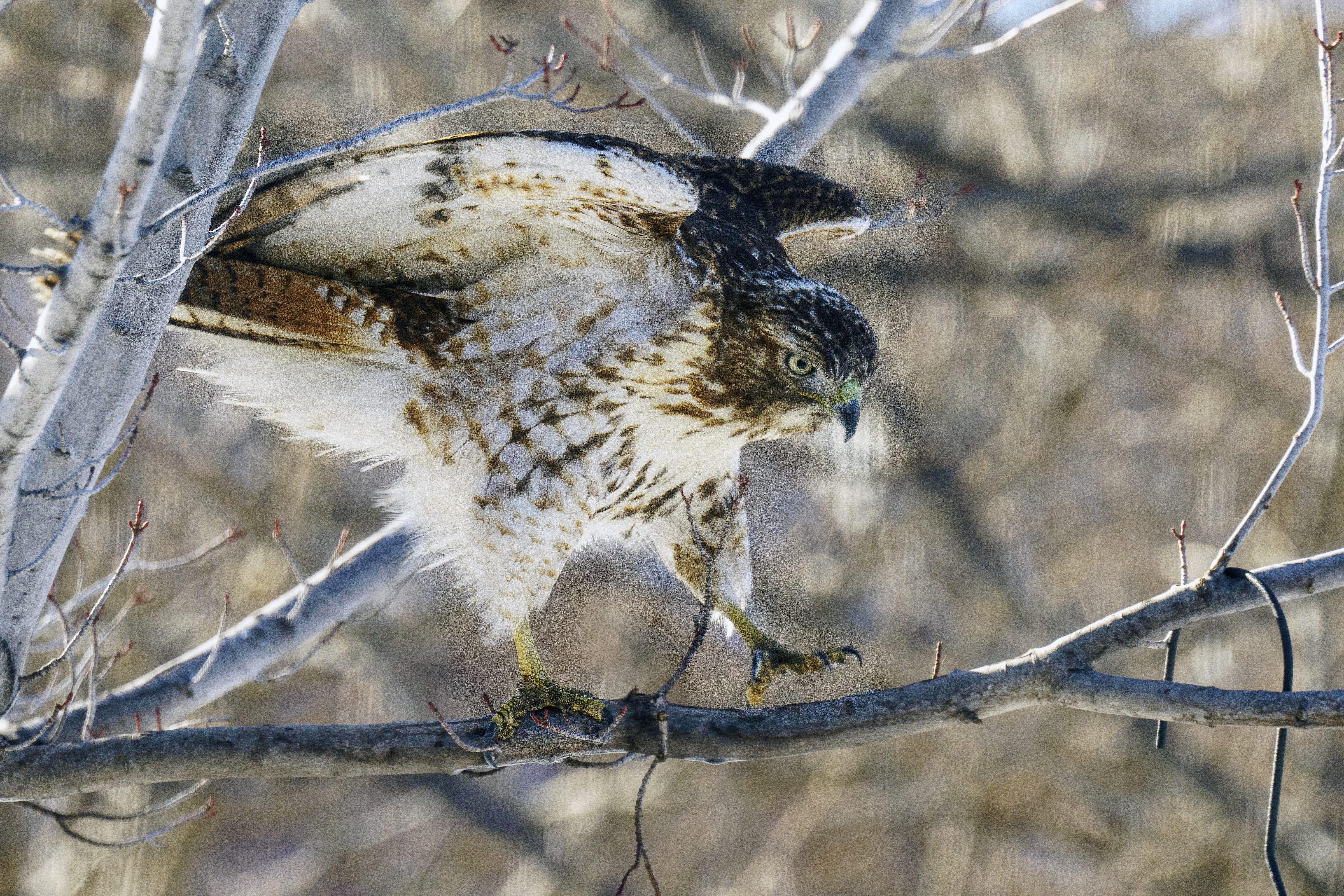 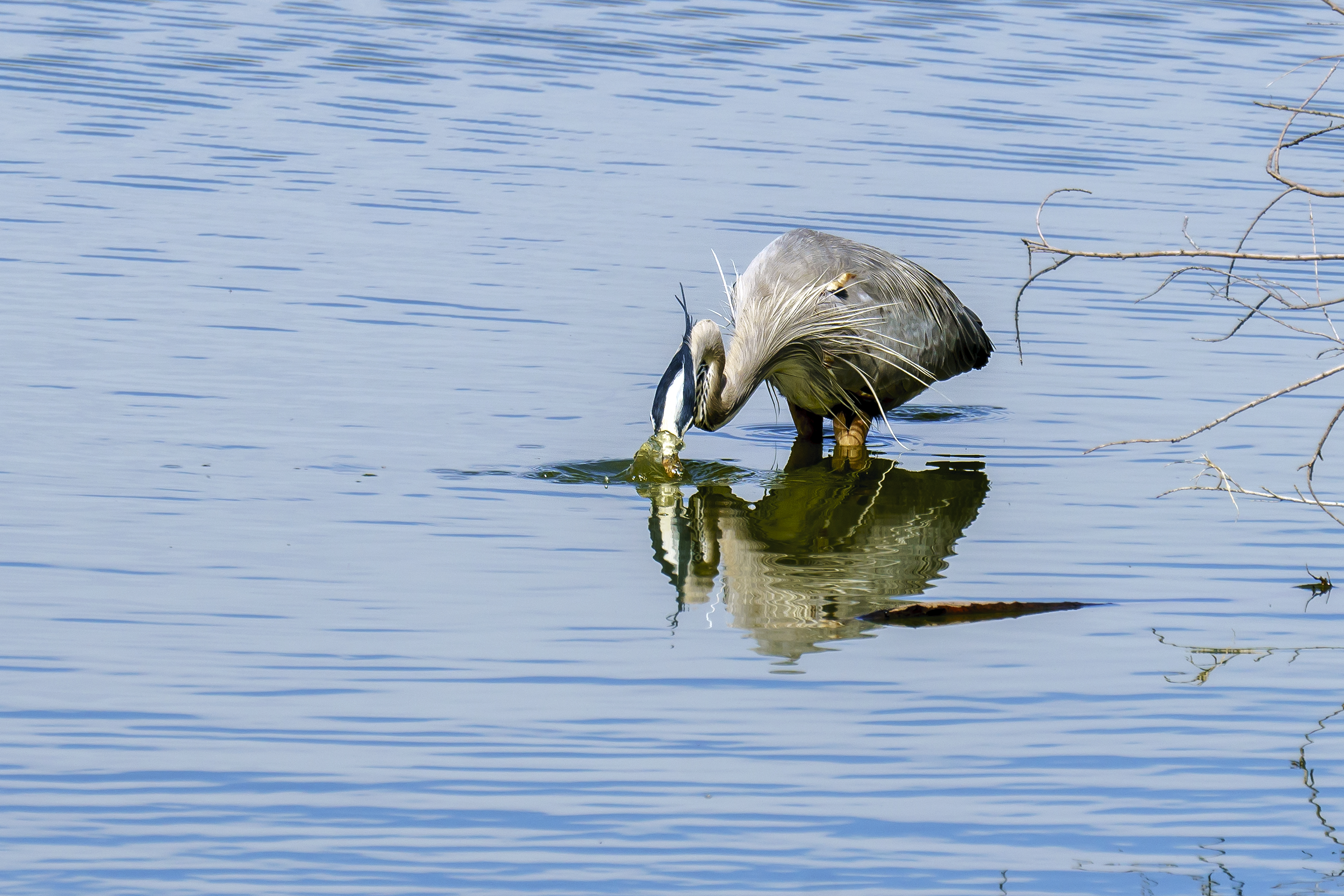 American Goldfinch (Spinus tristis). A goldfinch waiting its turn at one of my birdfeeders. 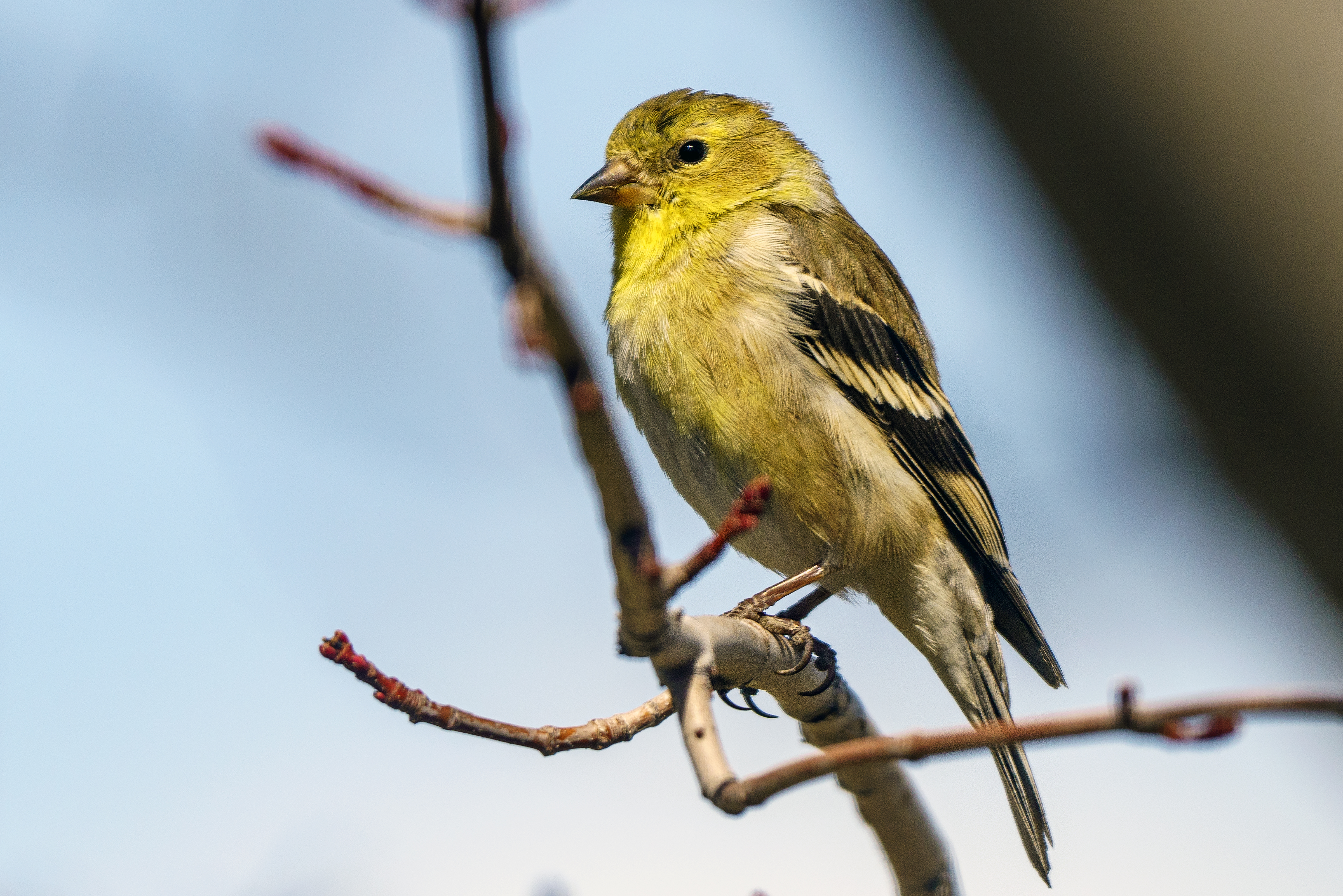 Great Blue Herons (Ardea herodias). A great Blue Heron is carrying some nesting material back to a waiting companion, near the River Bend Ponds Natural Area. This is a multi-tree heronry that’s also home to some hawks and a lot of smaller birds. 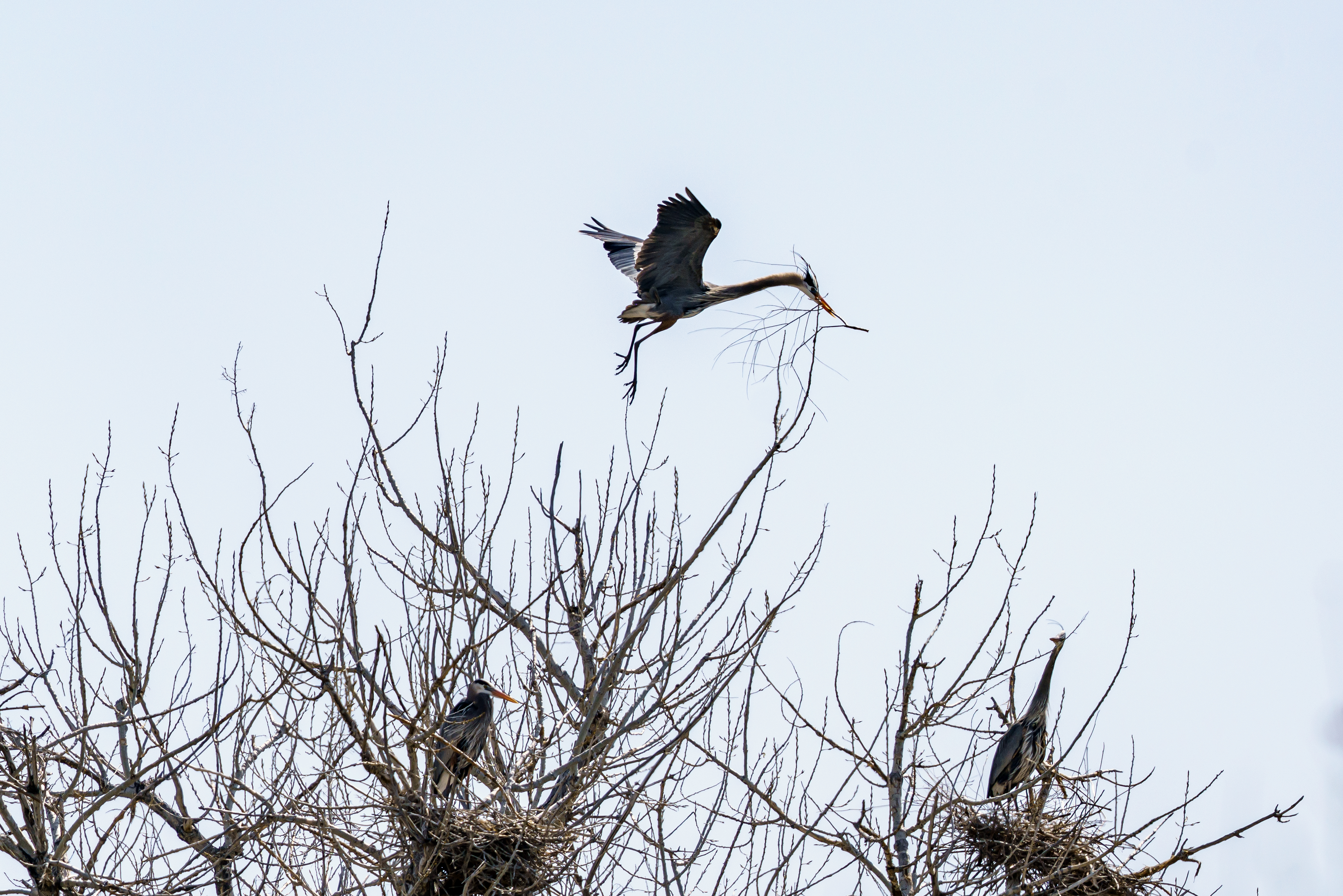 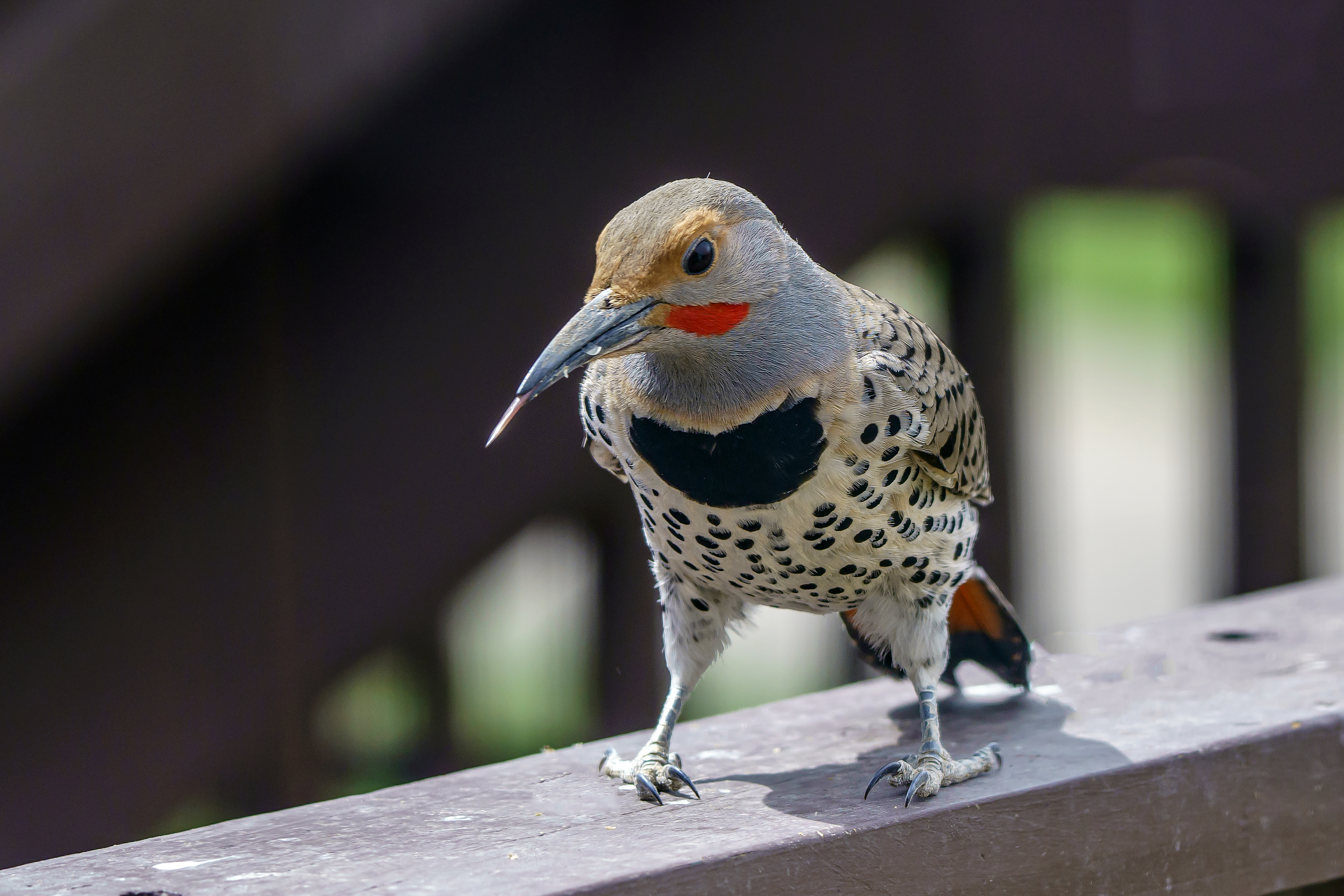 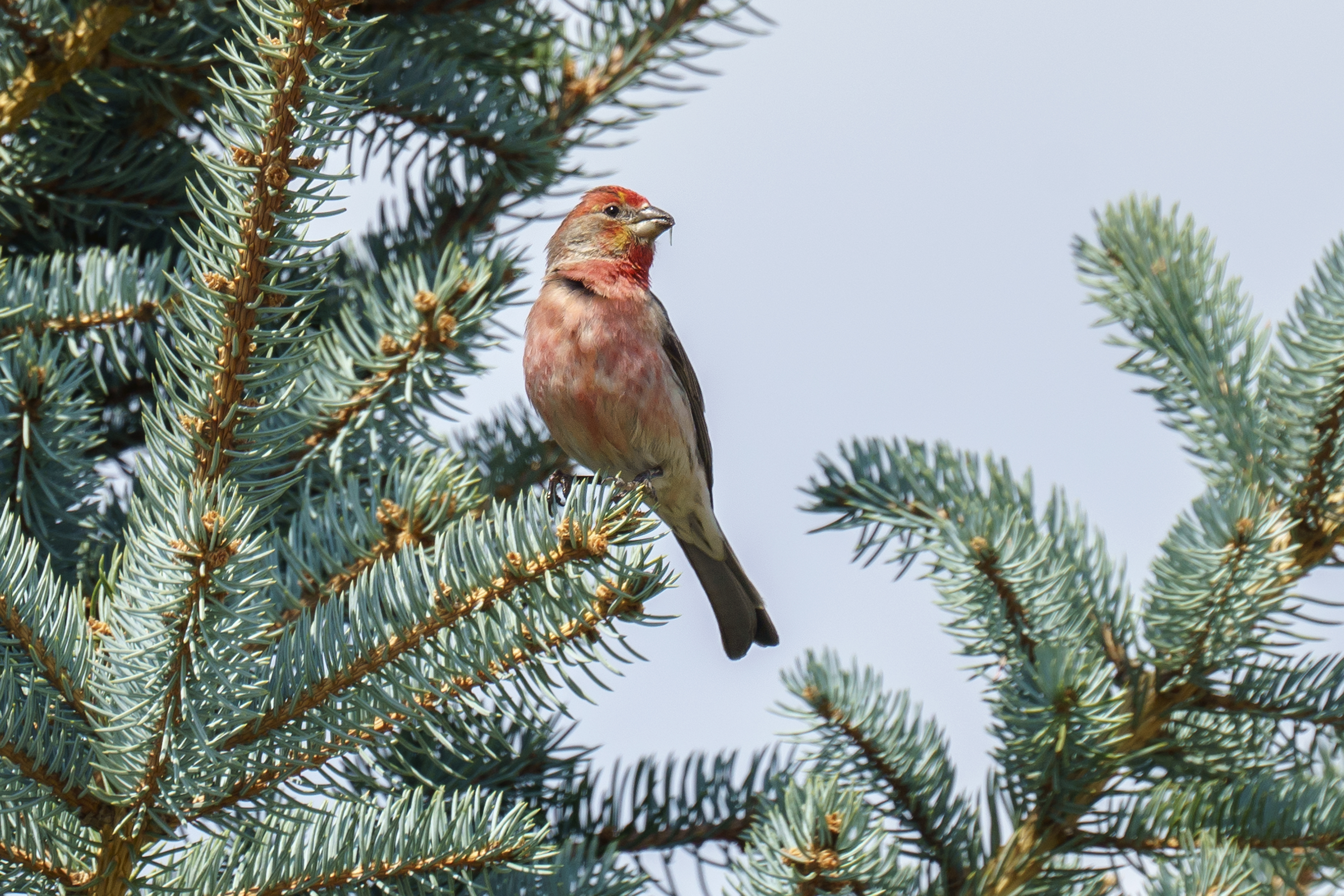 Canada Goose Goslings (Branta canadensis). A clutch of 2-day-old goslings chilling on a hot afternoon in a nearby neighborhood. 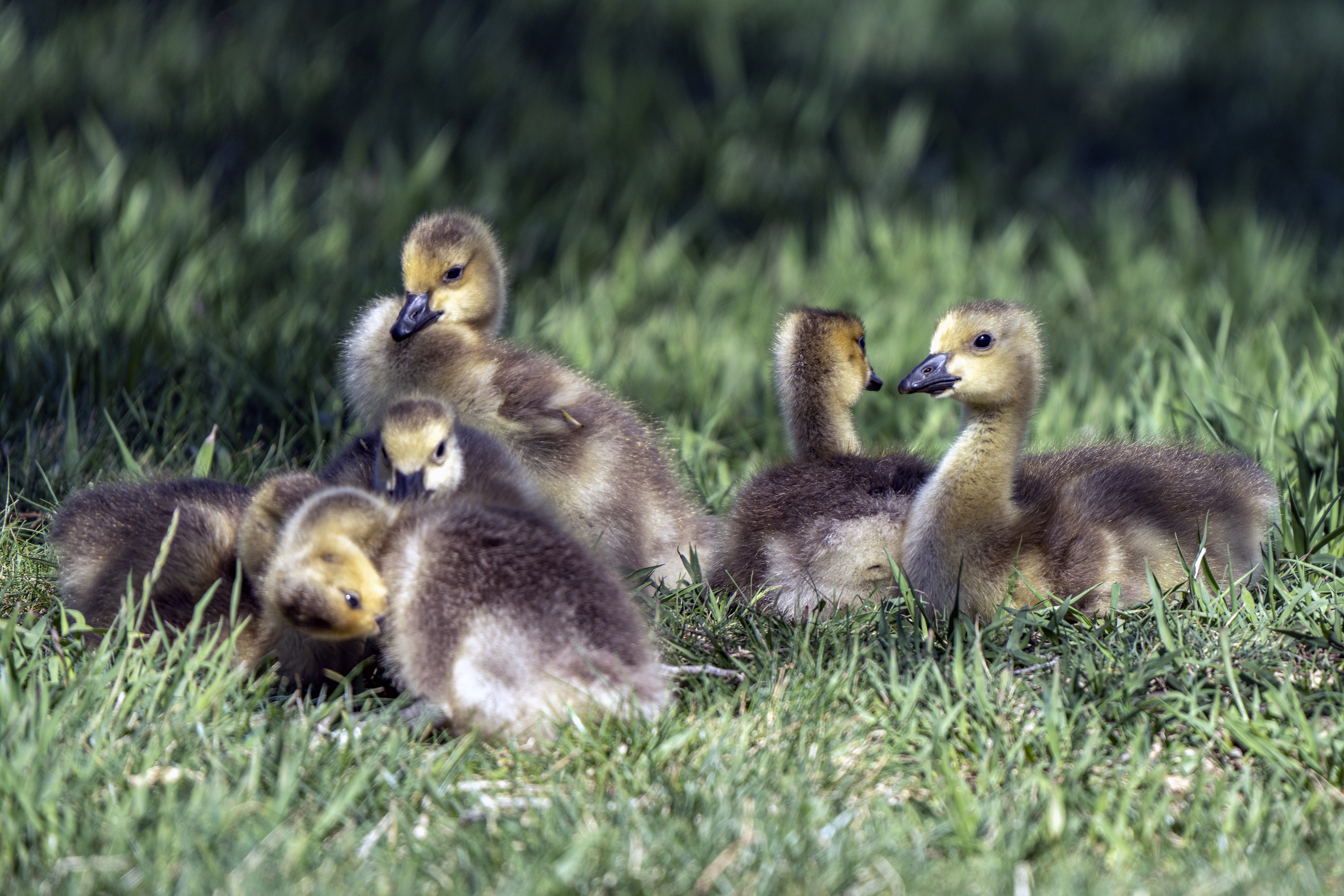 Owls, either Western Screech Owl or Northern Saw-whet Owl (was told both). Owl mama and baby surveying the neighborhood in Spring Canyon Park: 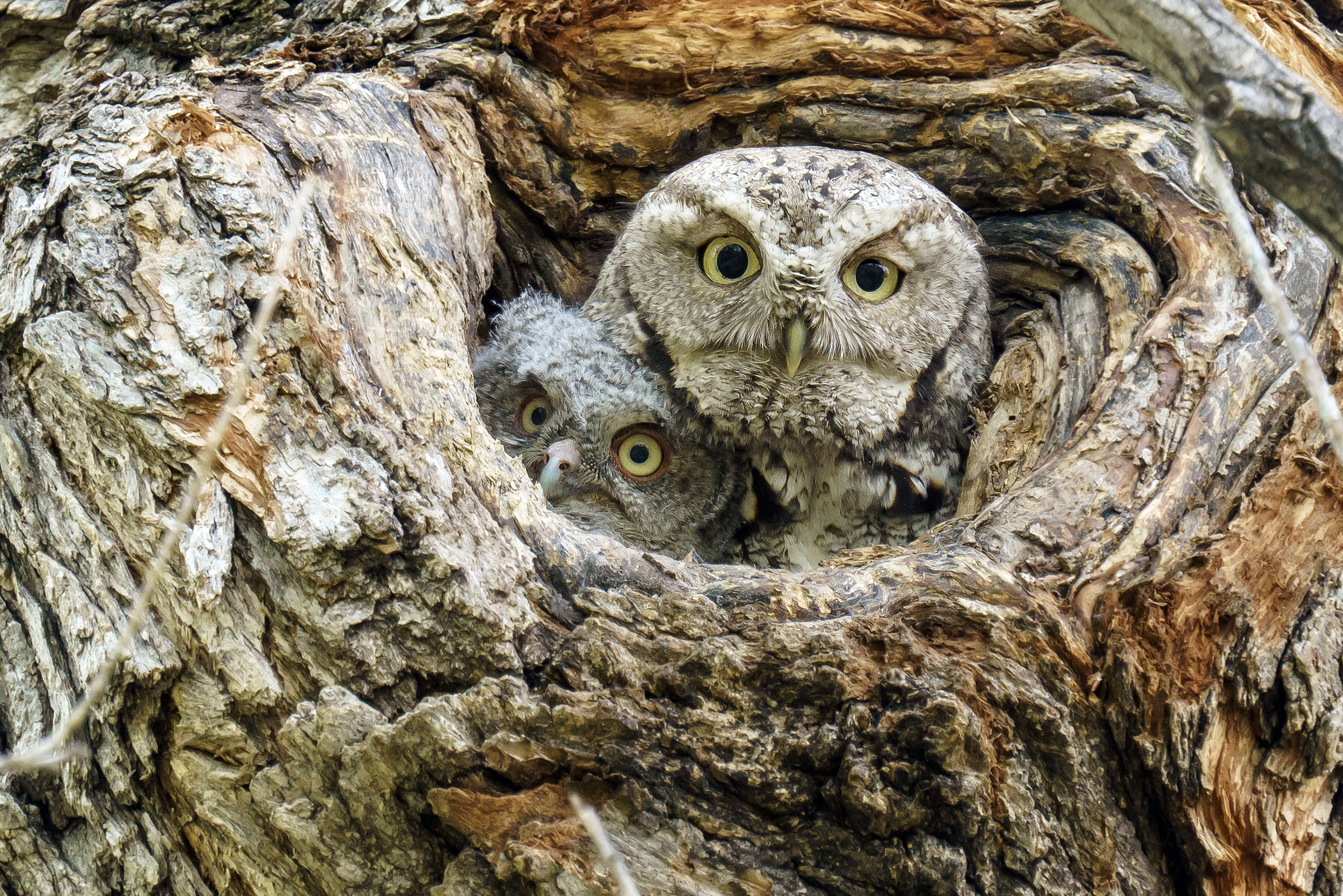 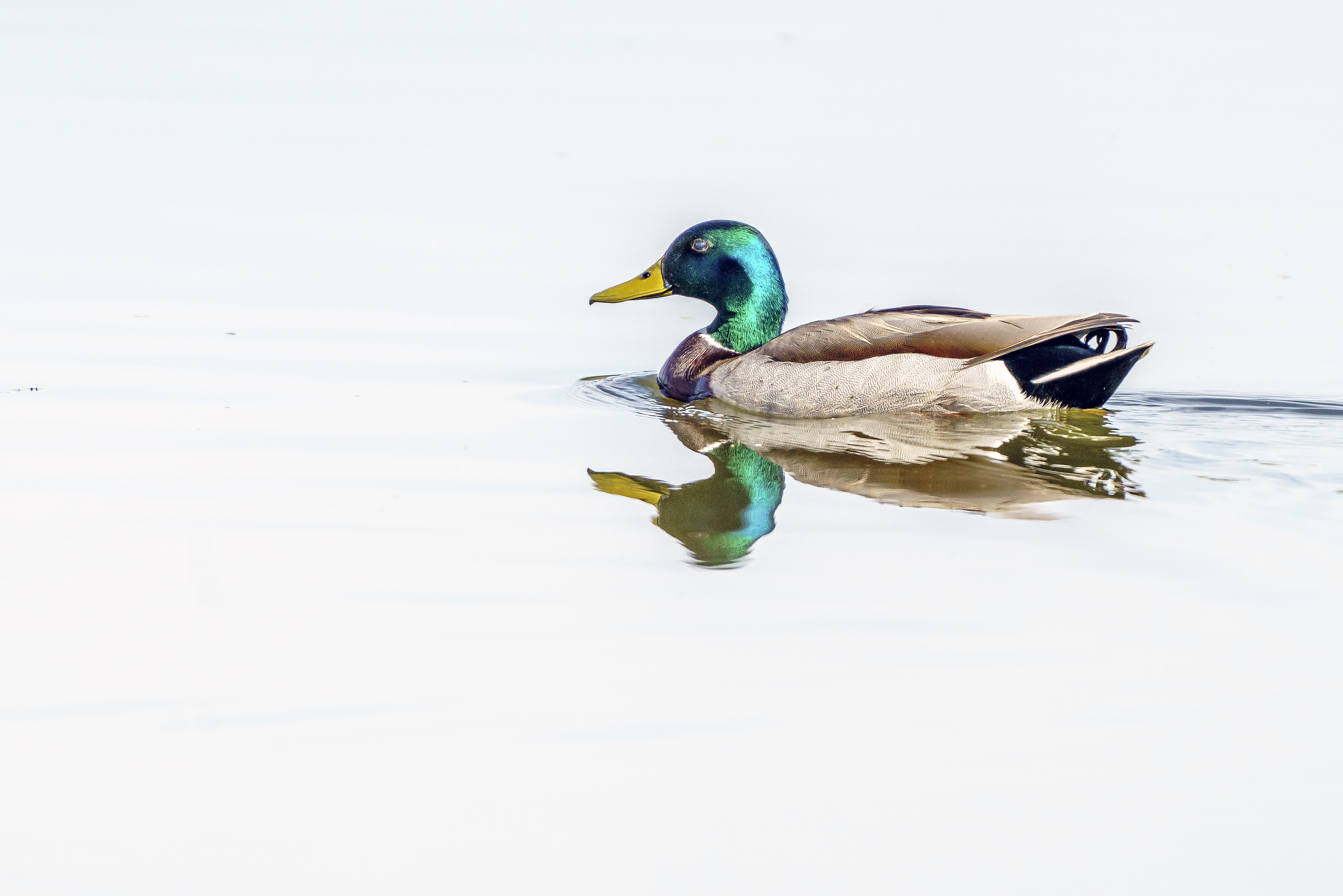 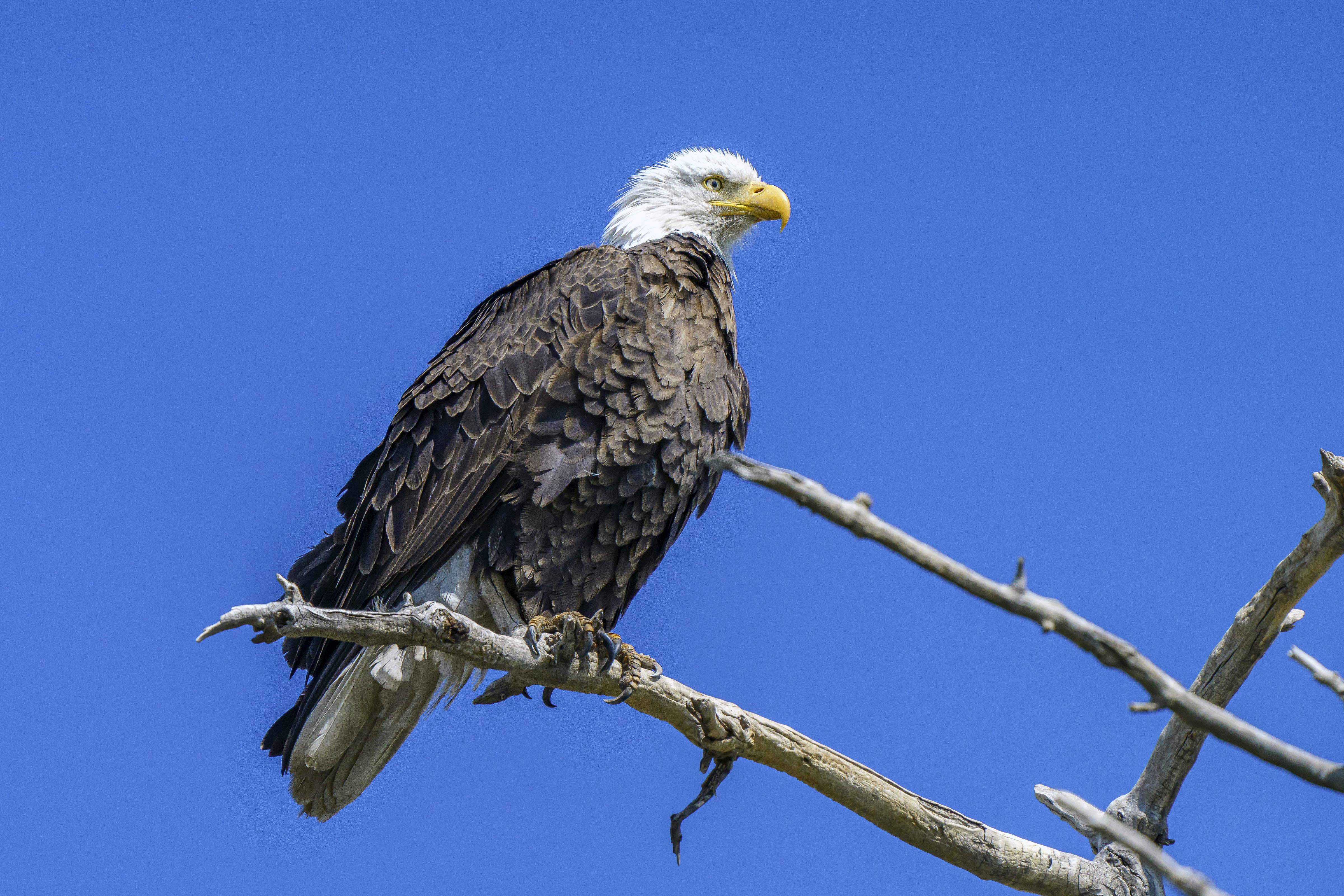 Red-winged Blackbird (Agelaius phoeniceus). About to be strafed by a redwing blackbird, at Prospect Ponds Natural Area. 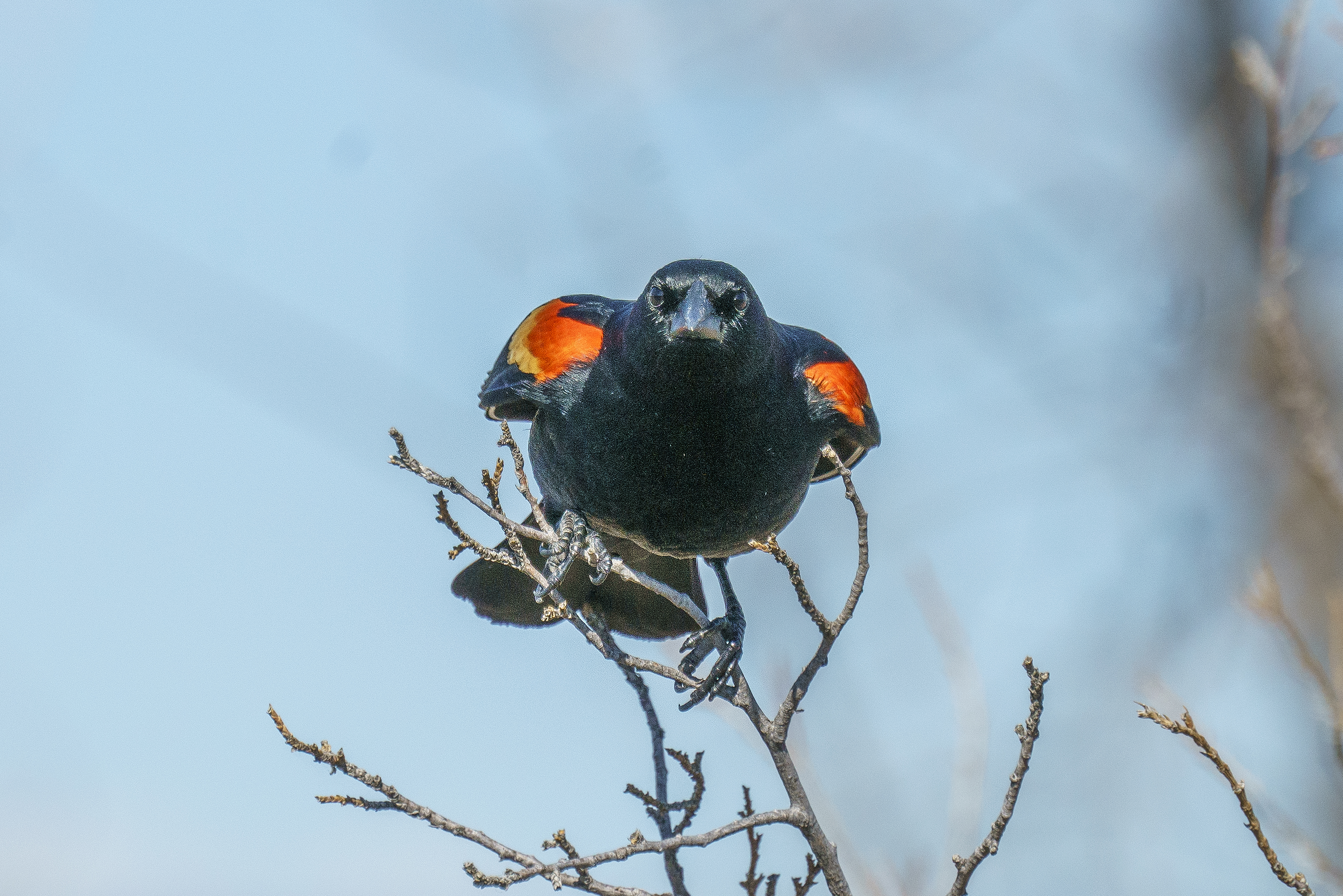 American White Pelican (Pelecanus erythrorhynchos). An American Pelican just about to land in the pond at Fossil Creek Park. 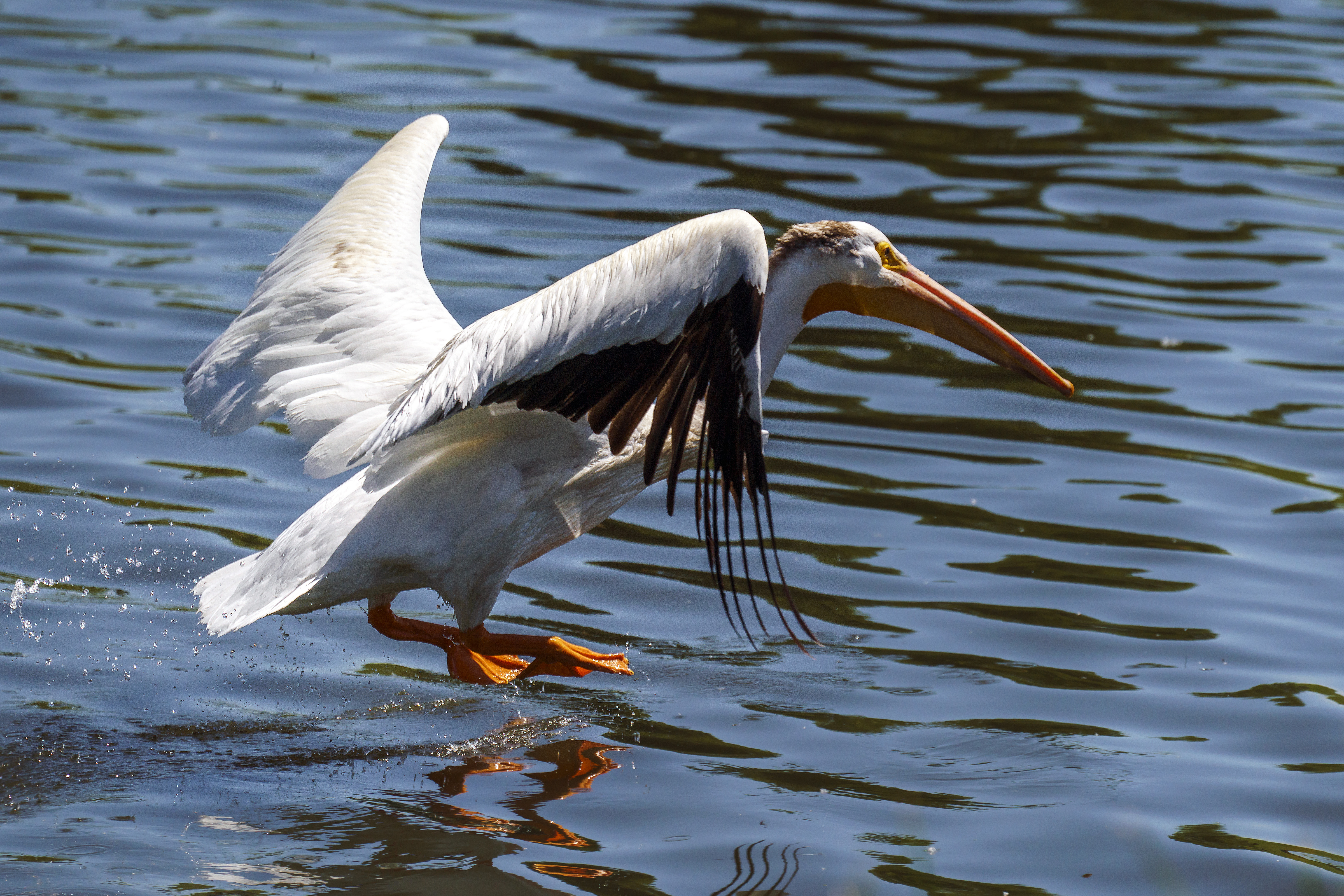 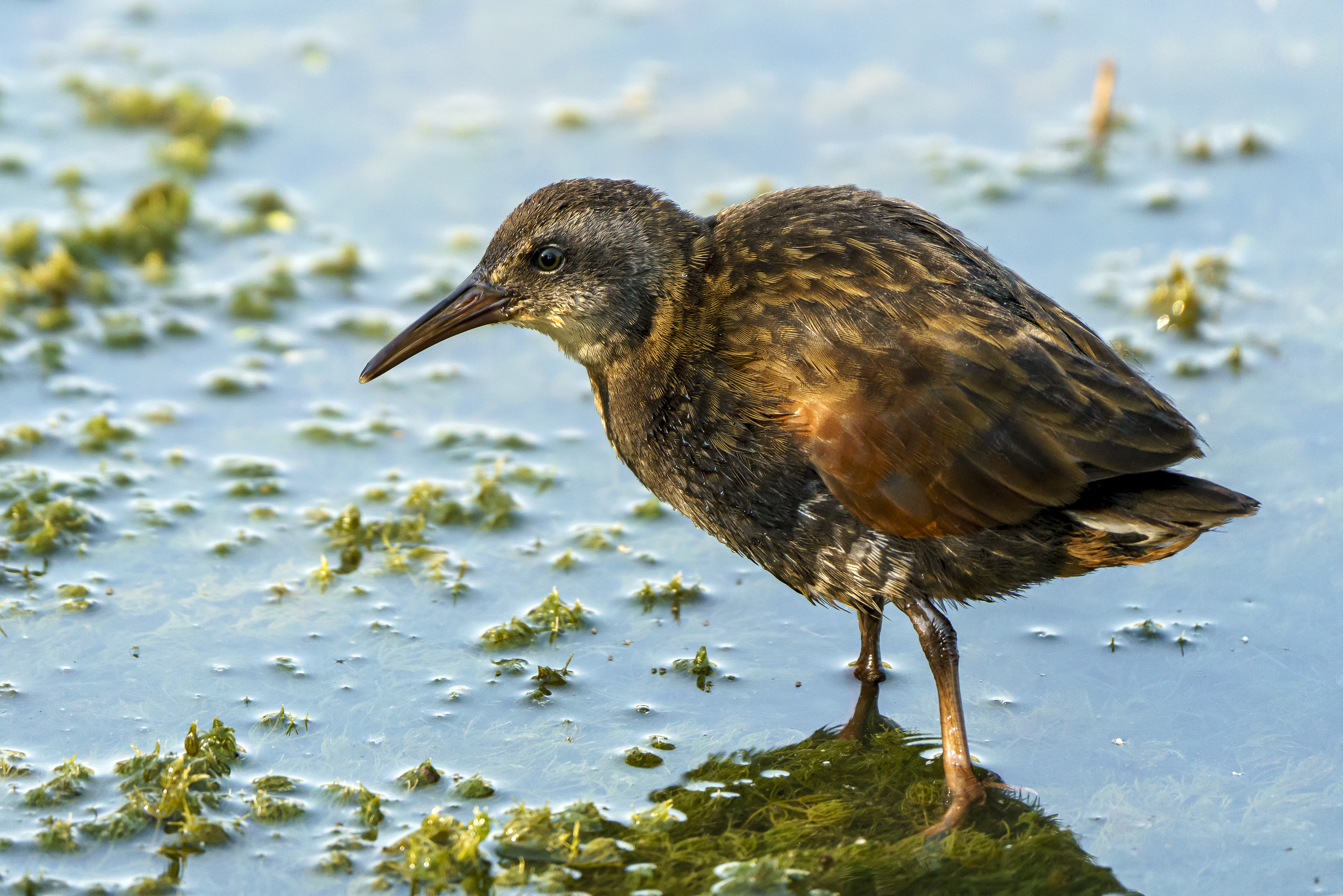 Snowy Egret (Egretta thula). A snowy Egret hanging out about a mile from the Fossil Creek Nature Reserve: 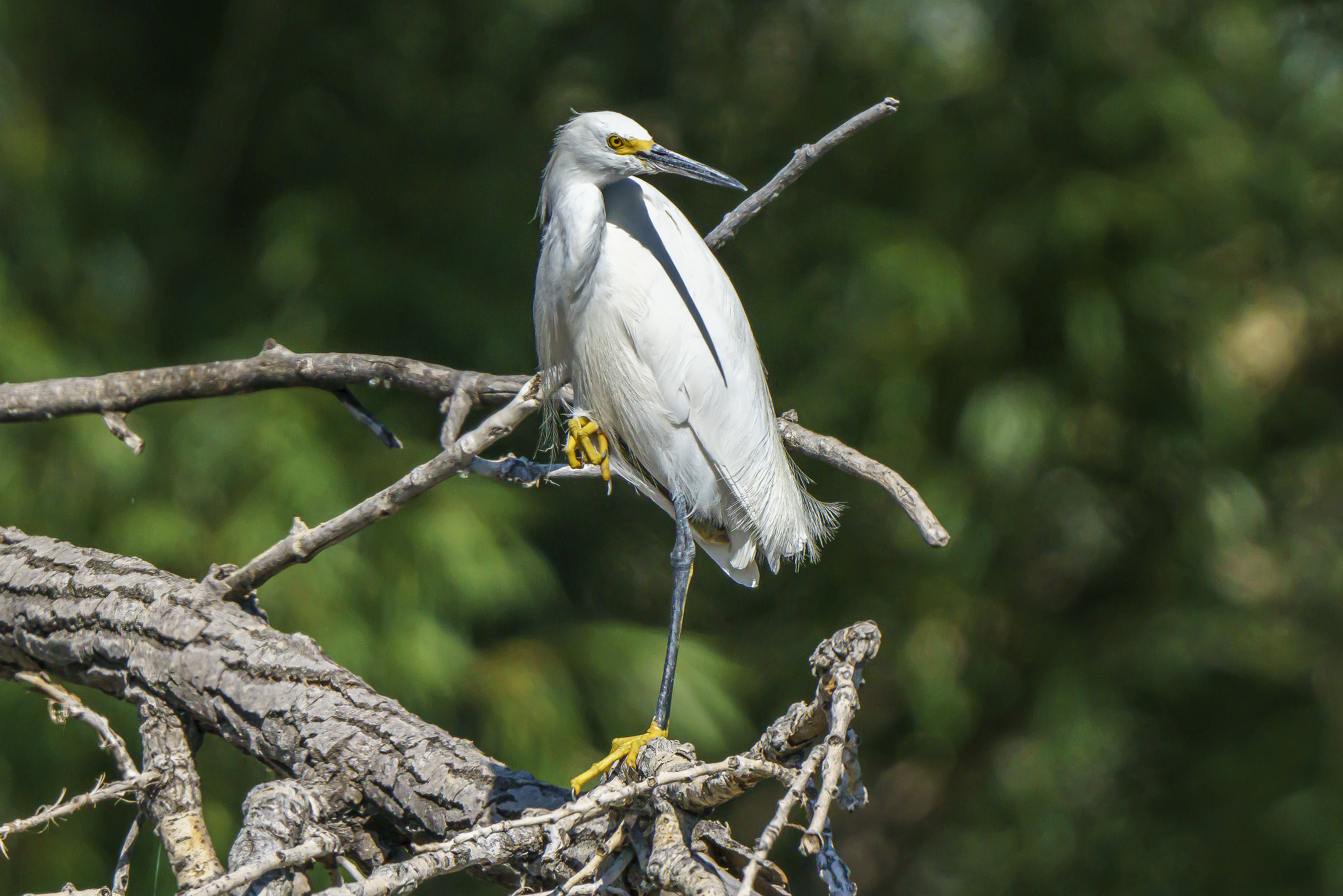 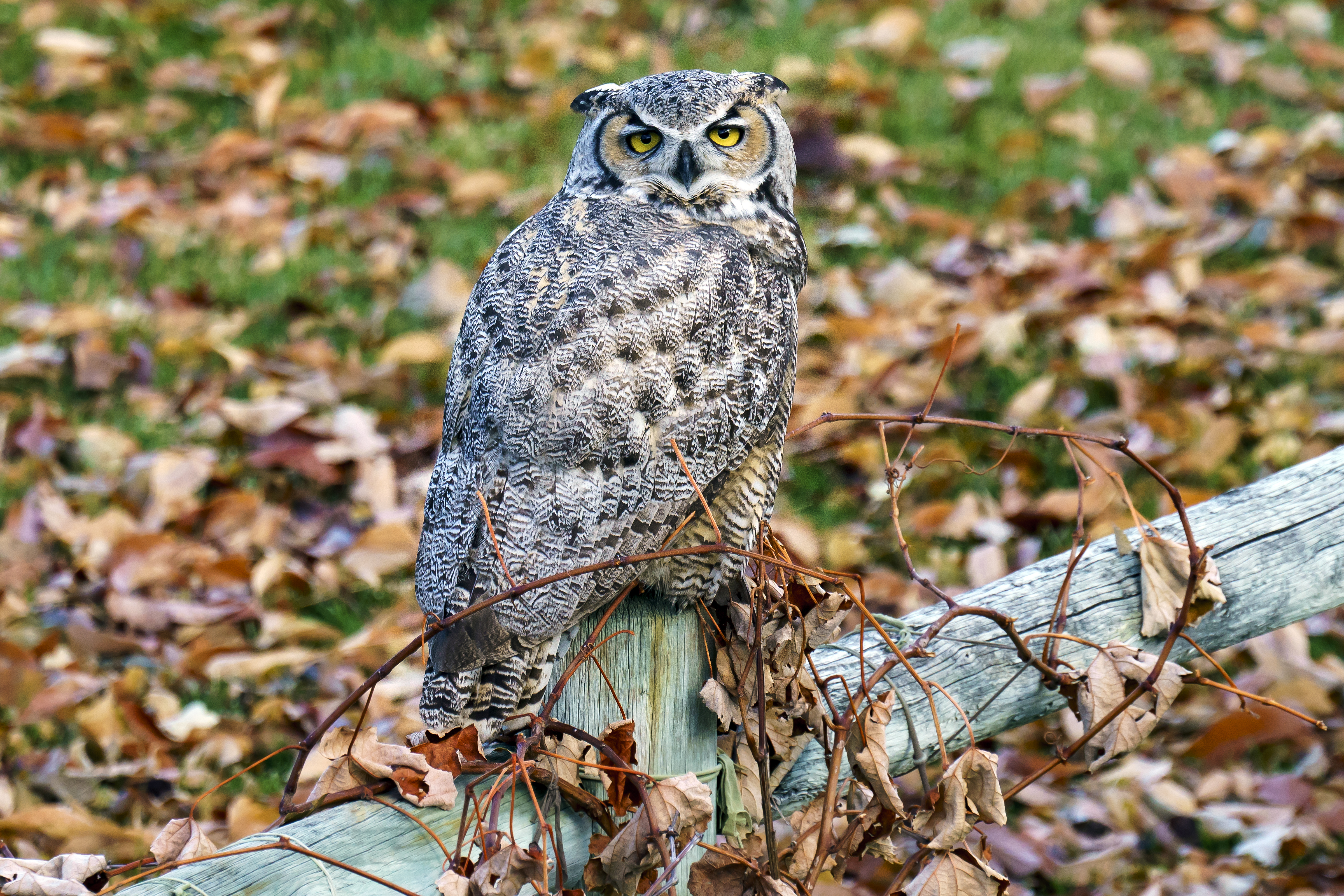 European Starling (Sternus vulgaris). A Common Starling watching me photographing him, on my deck: 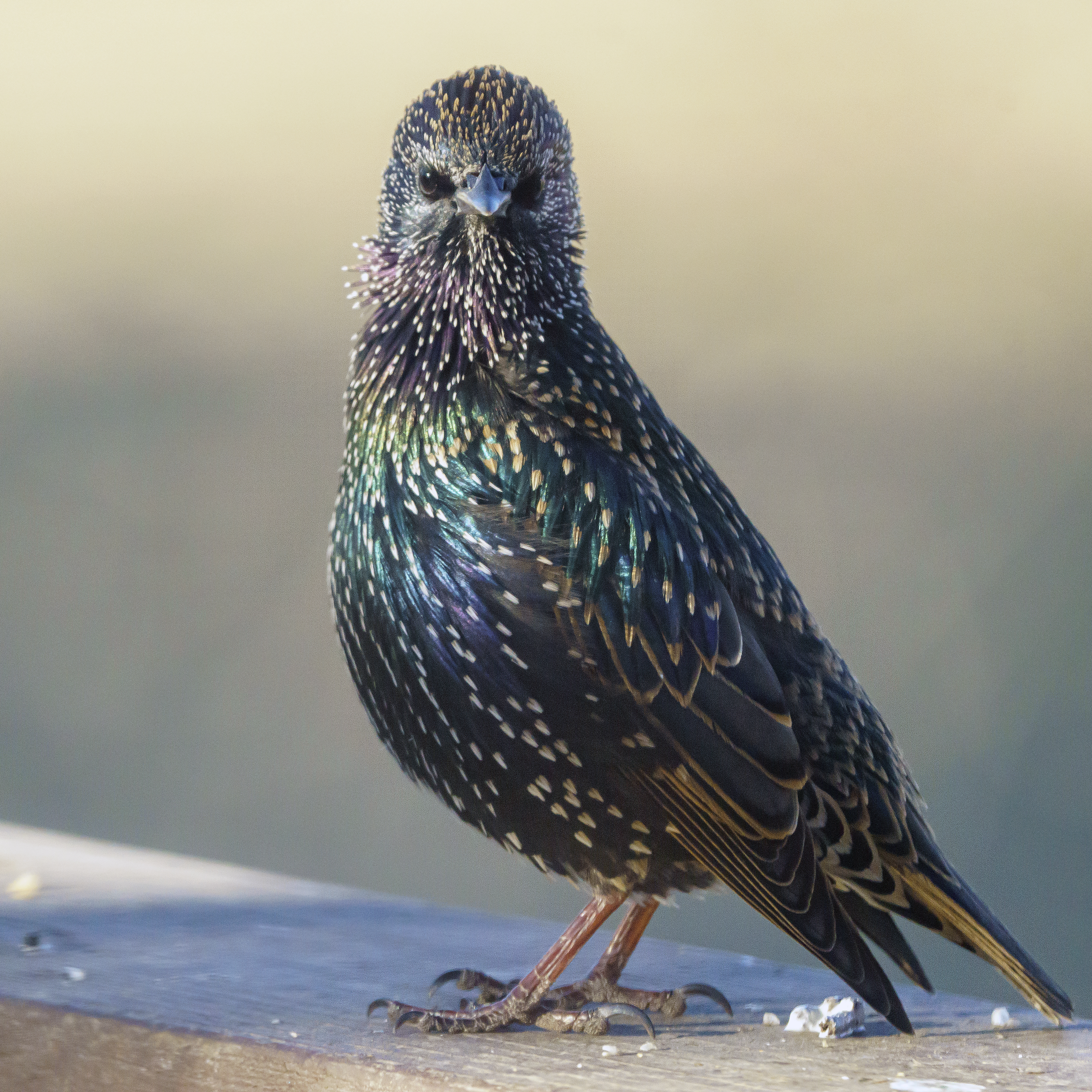