While I’m writing a post on free will (up next), I thought I’d show you one of my favorite tee shirts that I chose to wear today. I can’t remember where I got it, but I’m sure you can still order them. It’s a funny one that makes fun of fundamentalist creationists, and I’ll let you figure out what it’s saying. It’s not hard!

“Teach the controversy” was, of course, the mantra of creationists after they failed to get creationism taught in public schools, either as Biblical or “scientific” creationism. They then started saying this mantra, hoping that teachers would think there was a real scientific controversy about whether evolution was true or not. Like all their other machinations, that one failed too.

I’ll leave the rest to you. This is the first time I’ve worn this shirt. I have an aversion to wearing new tee shirts, for fear that they’ll begin to wear out. But that’s stupid because I’m 72, have a gazillion tee shirts, and won’t be around before my collection even begins to wear out.

Anyway, enjoy. Maybe you’ll want one of these: 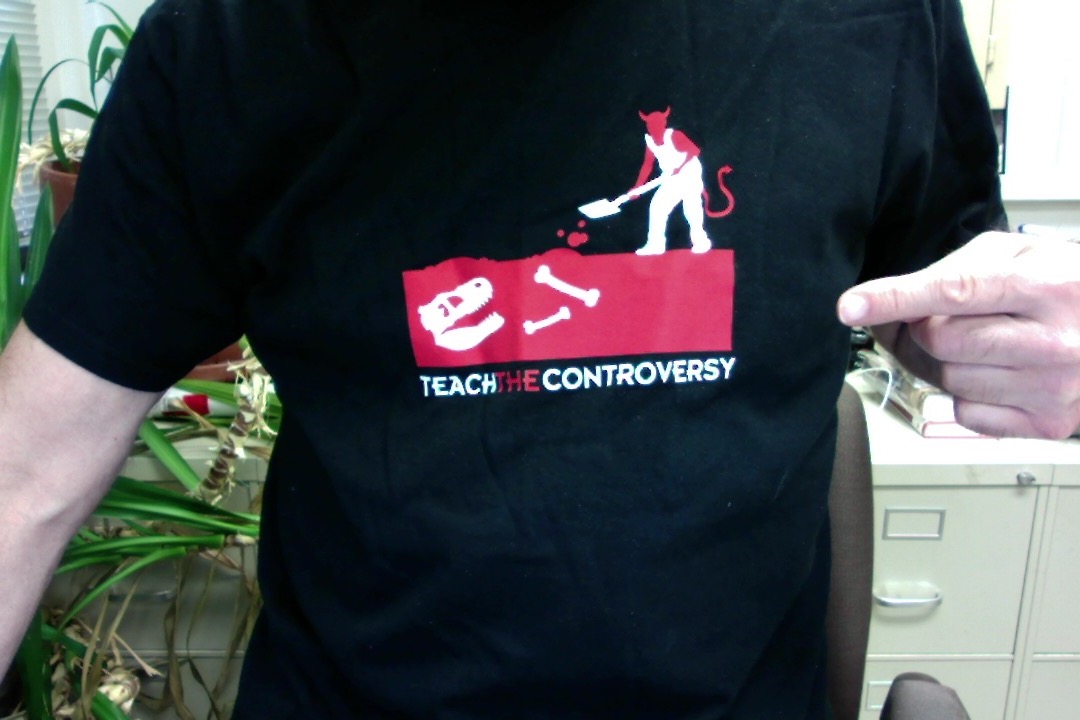