*The CDC Data Tracker says that there have been 996,376 deaths from covid in the U.S., while the BBC (referencing Biden) says that it’s more than a million. Actually, Biden noted the “approaching milestone” of 1,000,000 deaths, so it seems that we’re not quite there yet. But this is a quibble, for we’ll get there—and beyond. I well remember in the early days of the pandemic that experts said the death total could be as high as 200,000, and considered that an unthinkable figure. We’re now five times higher than that, and although vaccination and medicines have cut the death rate, the pandemic is still with us and shows no sign of strong waning.

*A distressing essay in the NYT by a college professor, “My college students are not OK,” recounts how, throughout the U.S., the pandemic, class interruption, and other features have induced a kind of malaise in students so that many of them don’t even bother attending live classes, and their grades are suffering.  Here’s a report by Melissa Walsh, who teaches biology at the University of Texas at Arlington:

Many students got out of the habit of coming to class at all. Dr. Walsh estimated that in her biology course for non-majors this spring, just 30 percent to 40 percent of students attended class, and only a handful watched her recorded lectures. The students who don’t attend class are missing out on the best of Dr. Walsh, who recently won a campuswide teaching award.

“What makes me an effective instructor,” she said, “has a lot to do with my personality, how I engage in the classroom, using humor. I’m very animated. I like to walk around the classroom and talk with students.” Doing so is a way not just to get them engaged but also to test their learning and adjust her teaching on the fly. “I’m not able to do that with students who don’t come to the classroom,” she said.

Dr. Walsh added that if students aren’t in the classroom, she can’t recruit them to collaborate with her on research, an invaluable learning experience. She also has little to go on when writing recommendations for medical school.

*As I predicted (and I wish I were wrong), the Taliban’s promises about treating women in Afghanistan equally have all turned out to be lies.  Promised schooling for women hasn’t materialized, in the liberal Afghan city of Herat women and men may not dine together or visit parks together (even if they’re married!), and, worst of all, the mandatory burqa has returned:

Afghanistan’s supreme leader and Taliban chief on Saturday ordered the country’s women to wear the all-covering burqa in public — one of the harshest controls imposed on women’s lives since the hardline Islamists seized power.

“They should wear a chadori (head-to-toe burqa) as it is traditional and respectful,” said a decree issued by Hibatullah Akhundzada that was released by Taliban authorities at a function in Kabul.

“Those women who are not too old or young must cover their face, except the eyes, as per sharia directives, in order to avoid provocation when meeting men who are not mahram (adult close male relatives),” the decree said.

It added that if women had no important work outside it was “better they stay at home”.

*Women are increasingly making up a large proportion of Americans who obtain degrees in higher education.  I knew this, but didn’t know how large the disparity was. Here are the data as presented by Nellie Bowles on Bari Weiss’s site: 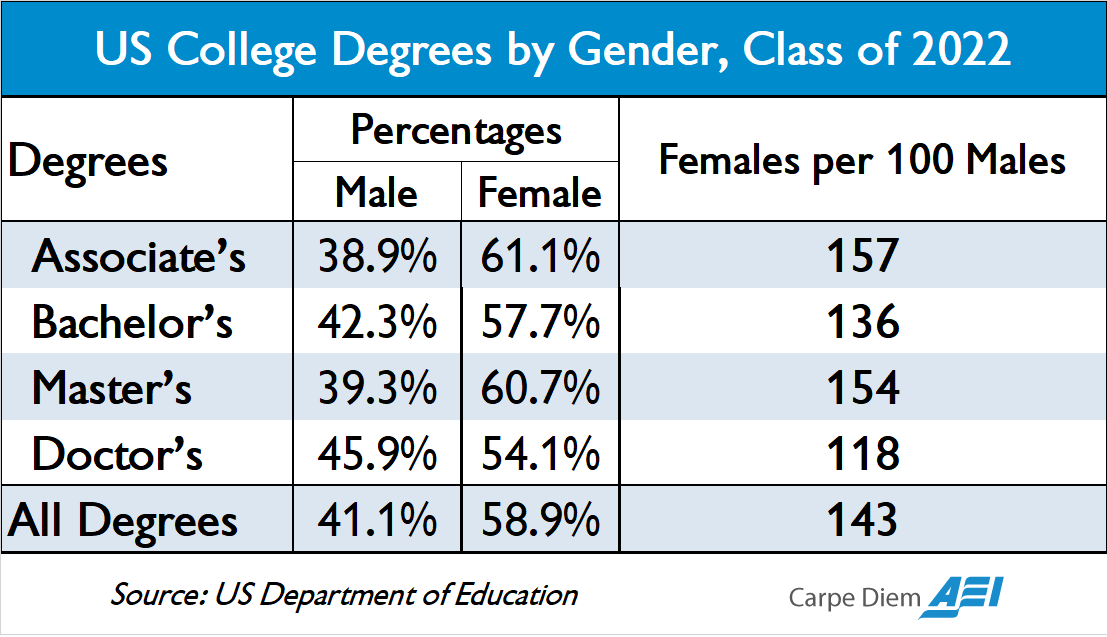 Meanwhile in Dobrzyn, Szaron, a timid cat, is fighting against change—all change.

Szaron: We have to reinforce our defence of the status quo.
Hili: Is there a threat?
Szaron: You never know. 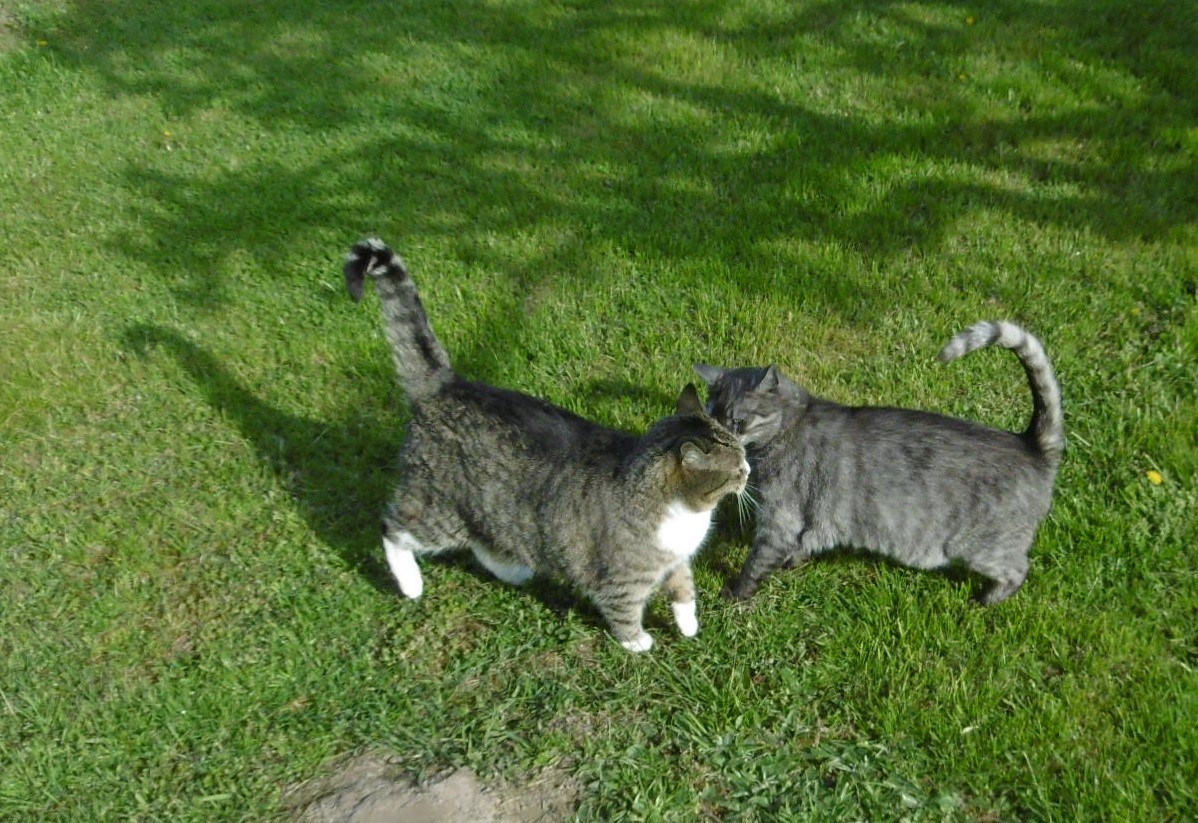 And here’s Karolinka kuddling Kulka. (Malgorzata is working on Listy in the background.  Karolina and her mother Natasza are returning to Ukraine by train on Saturday for a joyous reunion with the father and brother.  They are happy but also a bit scared. 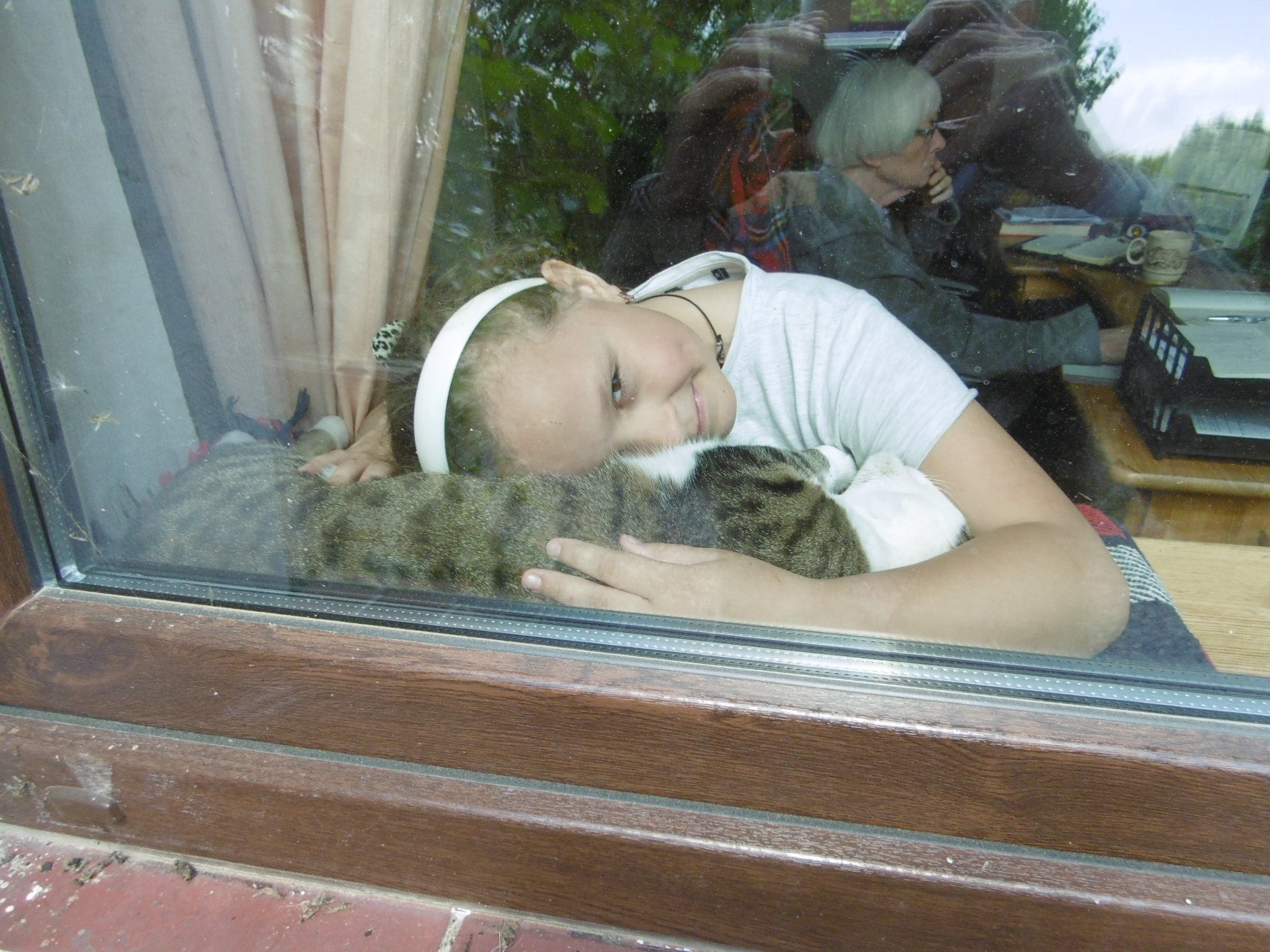 Paulina took five lovely pictures of Kulka. Here they are:

Andrzej’s caption: “Paulina, the camera, and a terrible beast.” (In Polish: “Paulina, aparat i zwierz straszny.”) 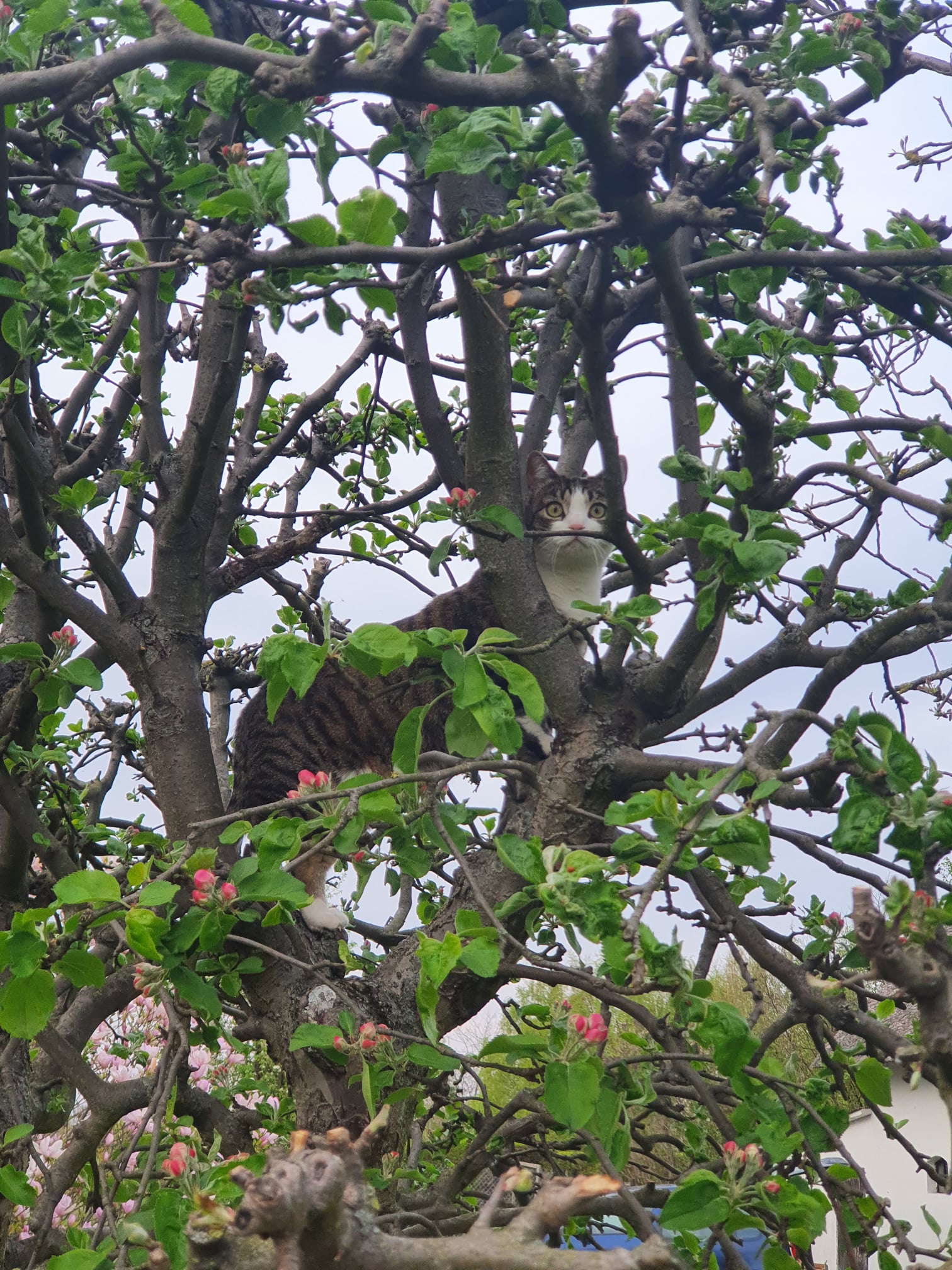 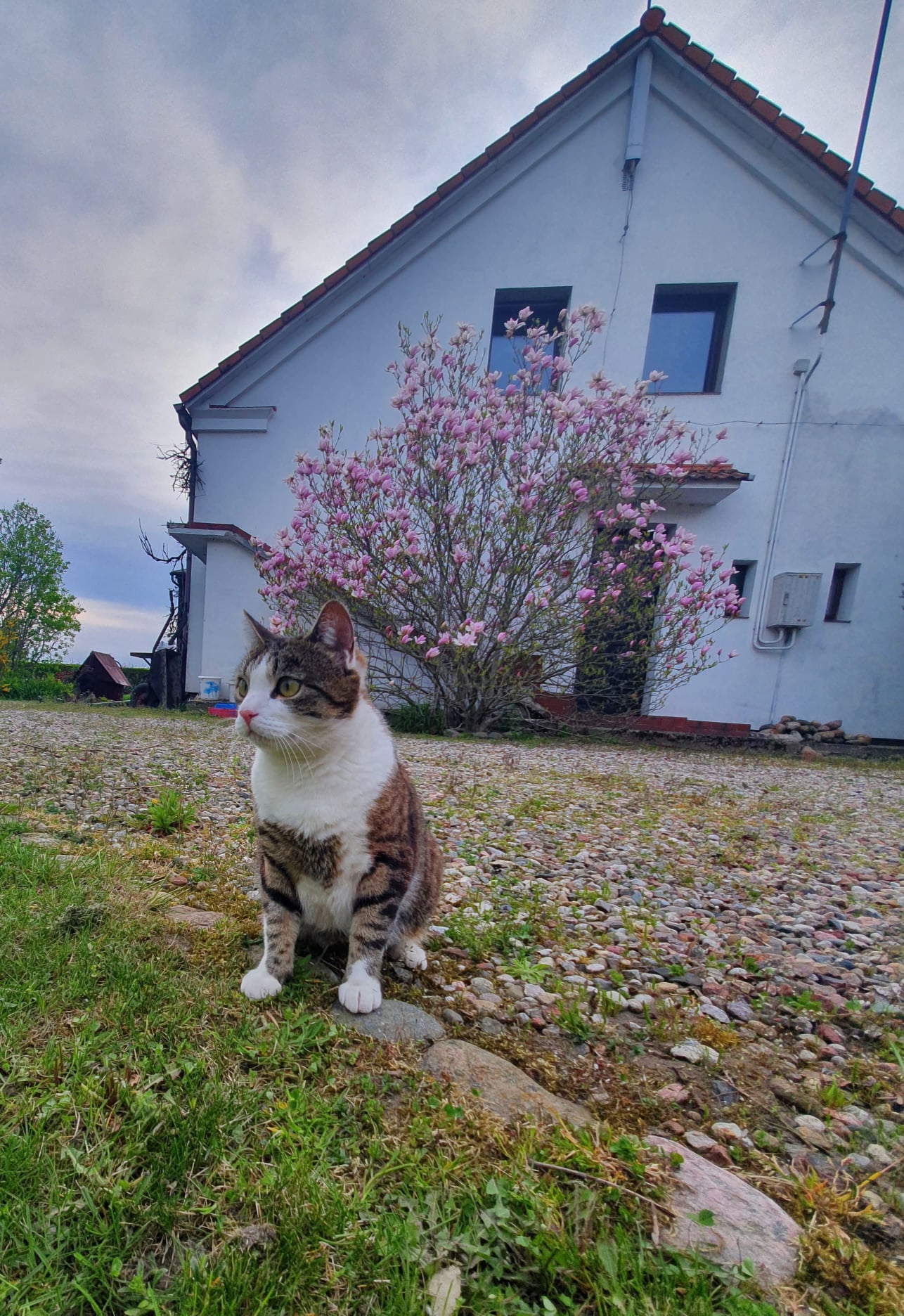 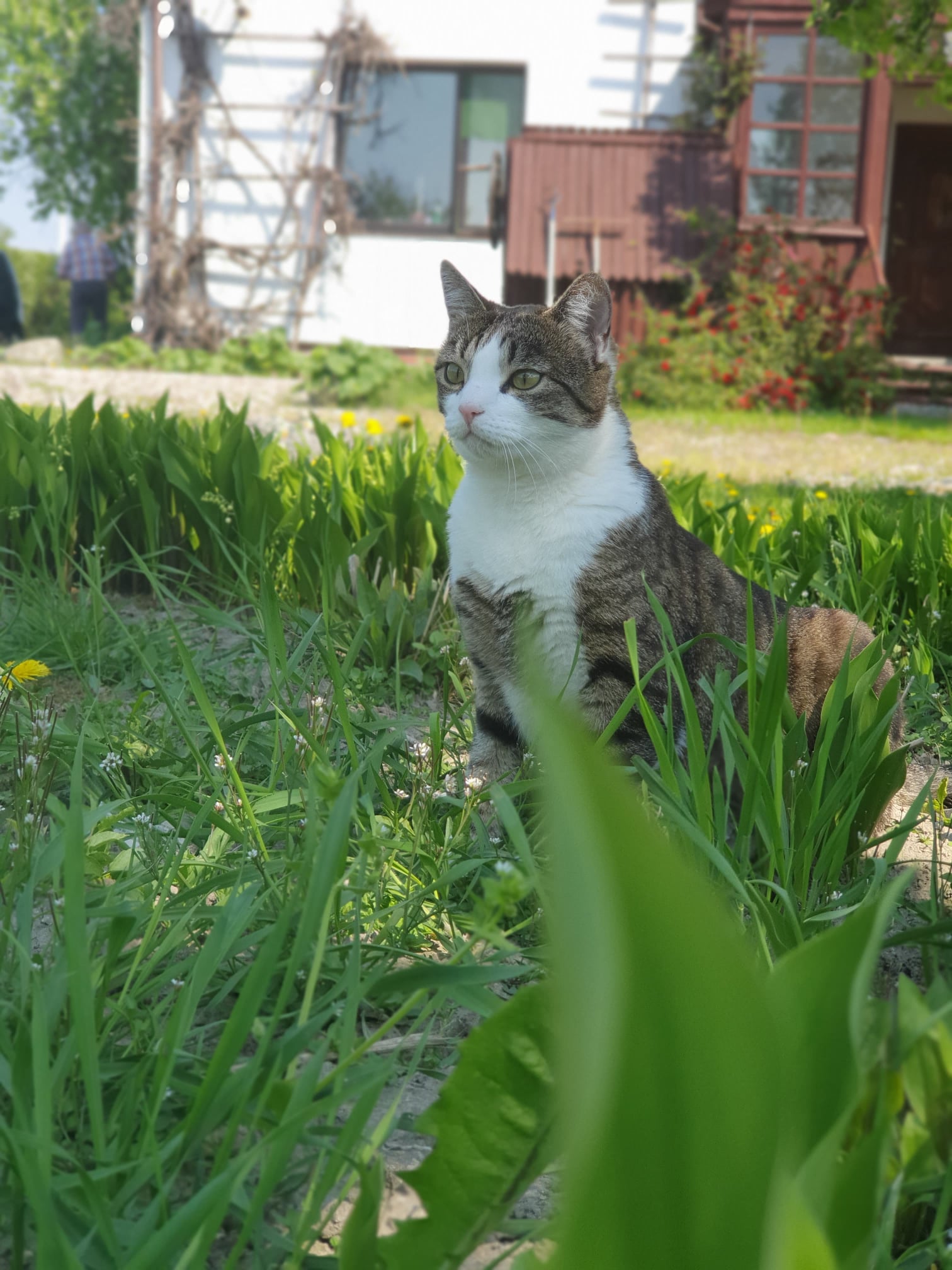 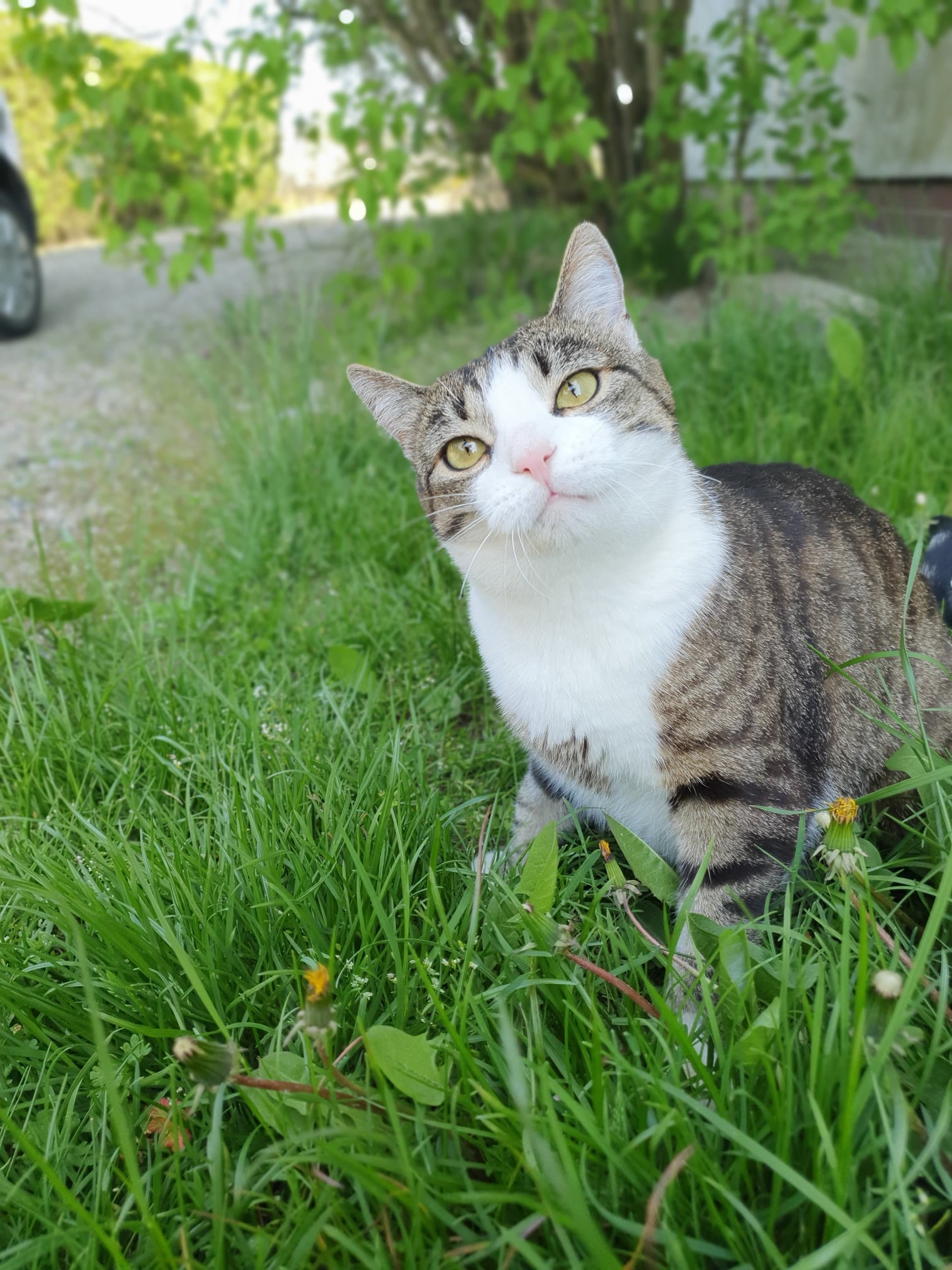 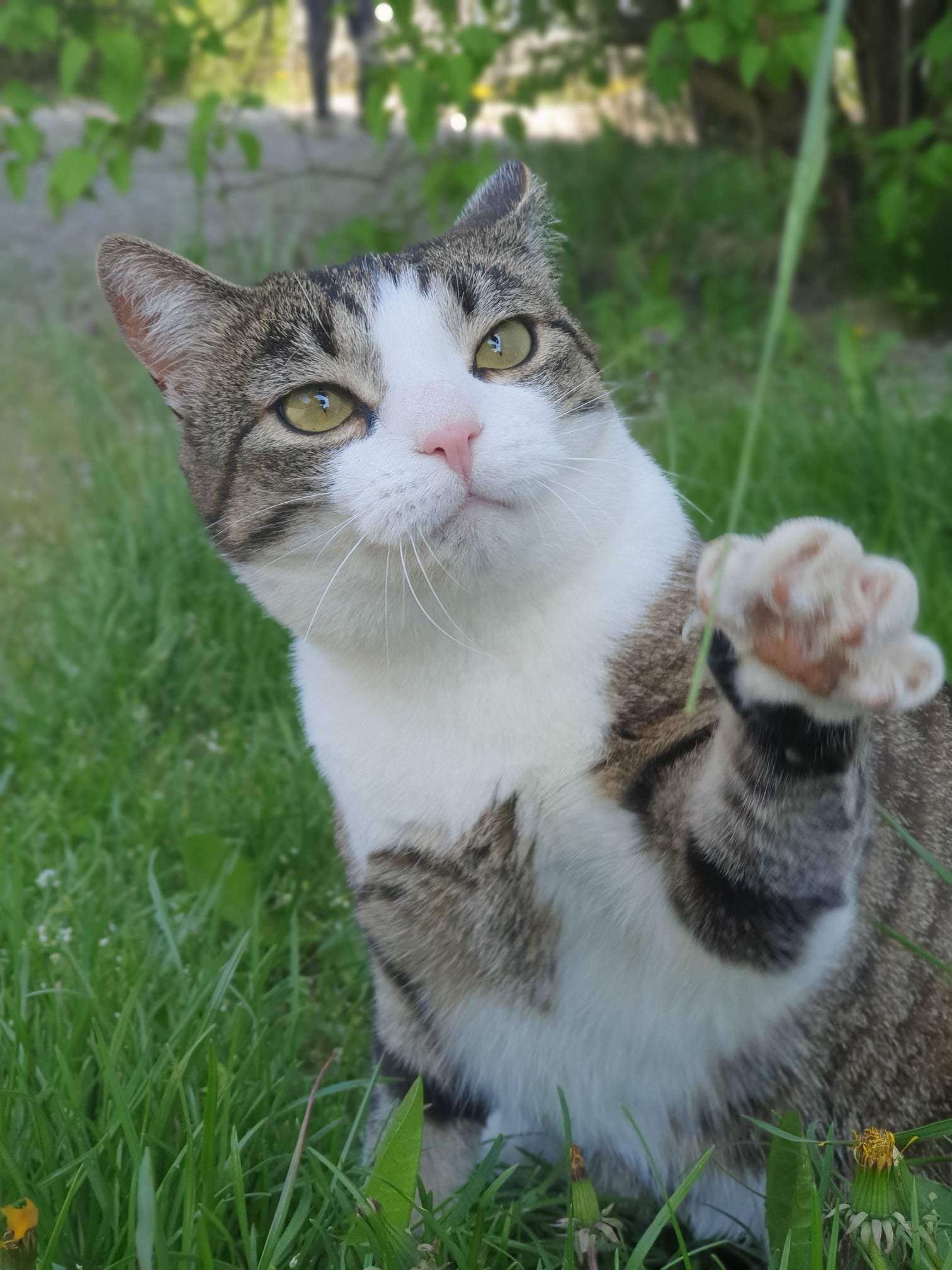 From DIvy, though I forgot the name of this television quiz show: 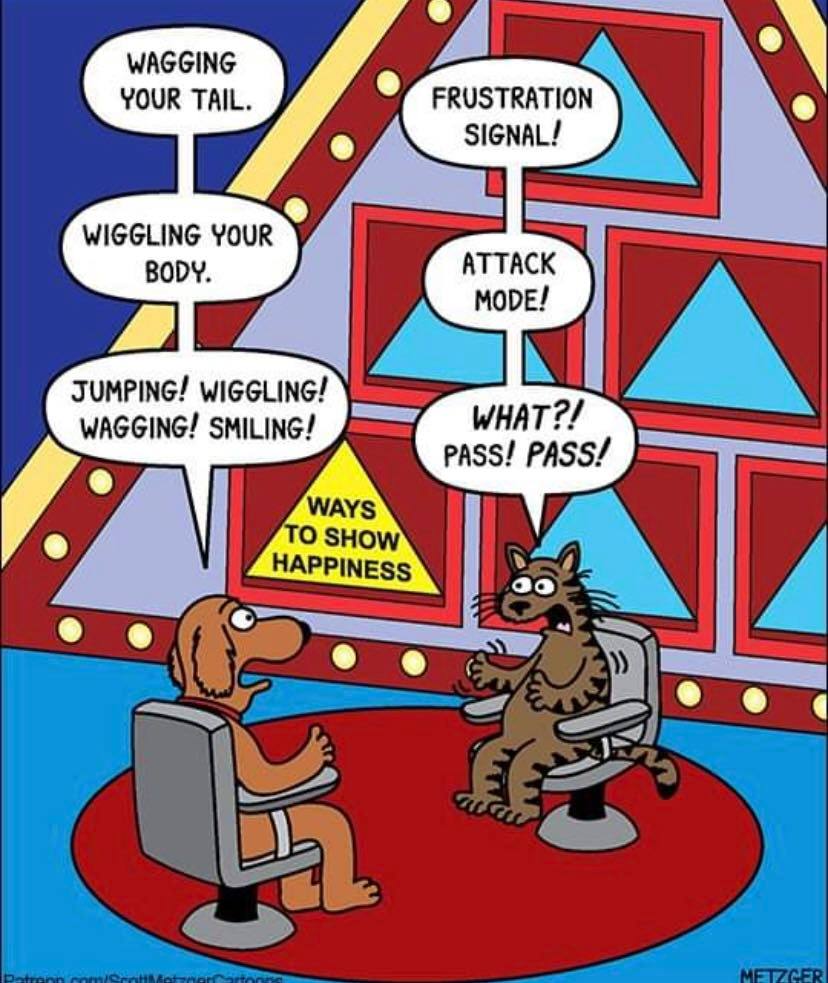 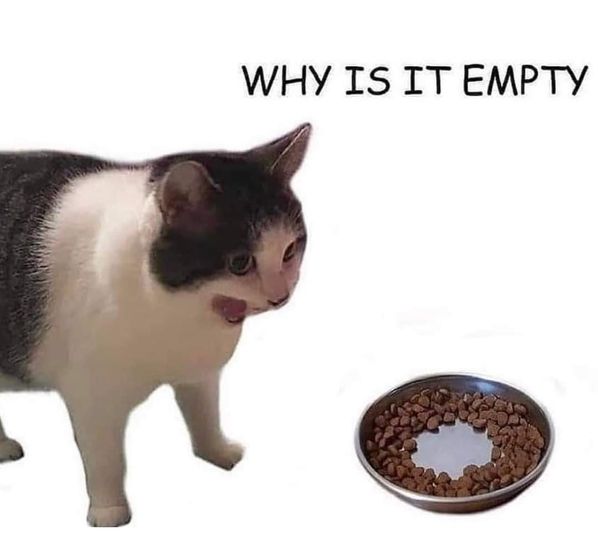 From Jesus of the Day. I have one of these shaped like a cow, but I use it to pour cream for coffee. 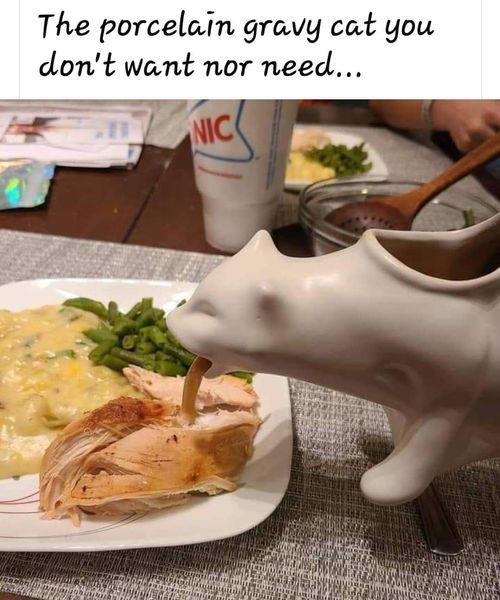 “Rowling has been so manipulative. Her tactic is to not attack trans people in order to make it look as though she is not attacking trans people.” https://t.co/1GOFASoyEZ

To paraphrase the Insane Clown Posse on magnets, Republican male logic — how does that work? (It’s as yet unclear what punishment Sen. Steve Daines (R – Montana) thinks should be visited upon female sea turtles and eagles who damage their own fertilized eggs.)

Daines on Abortion: Why do we have laws in place to protect the eggs of a sea turtle or the eggs of eagles… pic.twitter.com/yr0dM7aaAs

From Simon (a Brit):

If anyone ever needs you to explain the difference between Americans and Brits, just send them this. pic.twitter.com/uw3vIRtZnT

We haven’t heard from Masih in a long while, as I’ve been neglectful. Here’s her report on unrest in Iran:

This is Today in Iran but on the International media you only hear about how the US and its allies are desperate to get a Nuclear deal with Islamic republic. Iranians took to the streets in several cities to protest against regime. Also teachers across 100 cities are protesting. pic.twitter.com/a5EvOIBtIs

Slovakian sees a video about American suburbs and posts questions to Reddit. The level of bafflement is hilarious and appropriate. pic.twitter.com/f6X5CzeYuE

Rarely are moths this colorful!

I just met this snippet of electrified velvet. Extraordinary creature! This is Pompelon Marginata – a species of day-flying moth. Drink in that beauty!! pic.twitter.com/keCYRjQDZW

Matthew insists that this made him laugh:

I find the practice of wearing bejeweled and living beetles as jewelry to be cruel and disgusting, but we should know about it:

https://t.co/jR4BX0IN35
(sadly these guys have no data labels, so they're going from the research collection to the display collection)