I am finally home, with a lot of unpacking to do and affairs to settle. Plus we may have a nesting mallard (probably Dorothy, as Honey hasn’t been seen in two weeks). Putin, her beau, sits in the pond quacking forlornly, which probably means she’s built a nest on a ledge.  So far we have only a single pair of ducks.

But I digress: here are three items I noticed on the short bus trip from downtown to Hyde Park.

A.) Look who’s making a lot of dosh headlining at the famous Chicago Theater! (Note red arrow.) Not only that, but he bills himself as “DR. Jordan Peterson,” despite the fact that he has a Ph.D., not an M.D. (and he shouldn’t be using Dr. in either case). I’m not jealous, as I don’t need dosh or want that kind of fame, but I was vastly amused.  He’s becoming the Deepak Chopra of Generation Z. (I have to say, though, that his advice to stop and pet any cat you encounter is very sound. 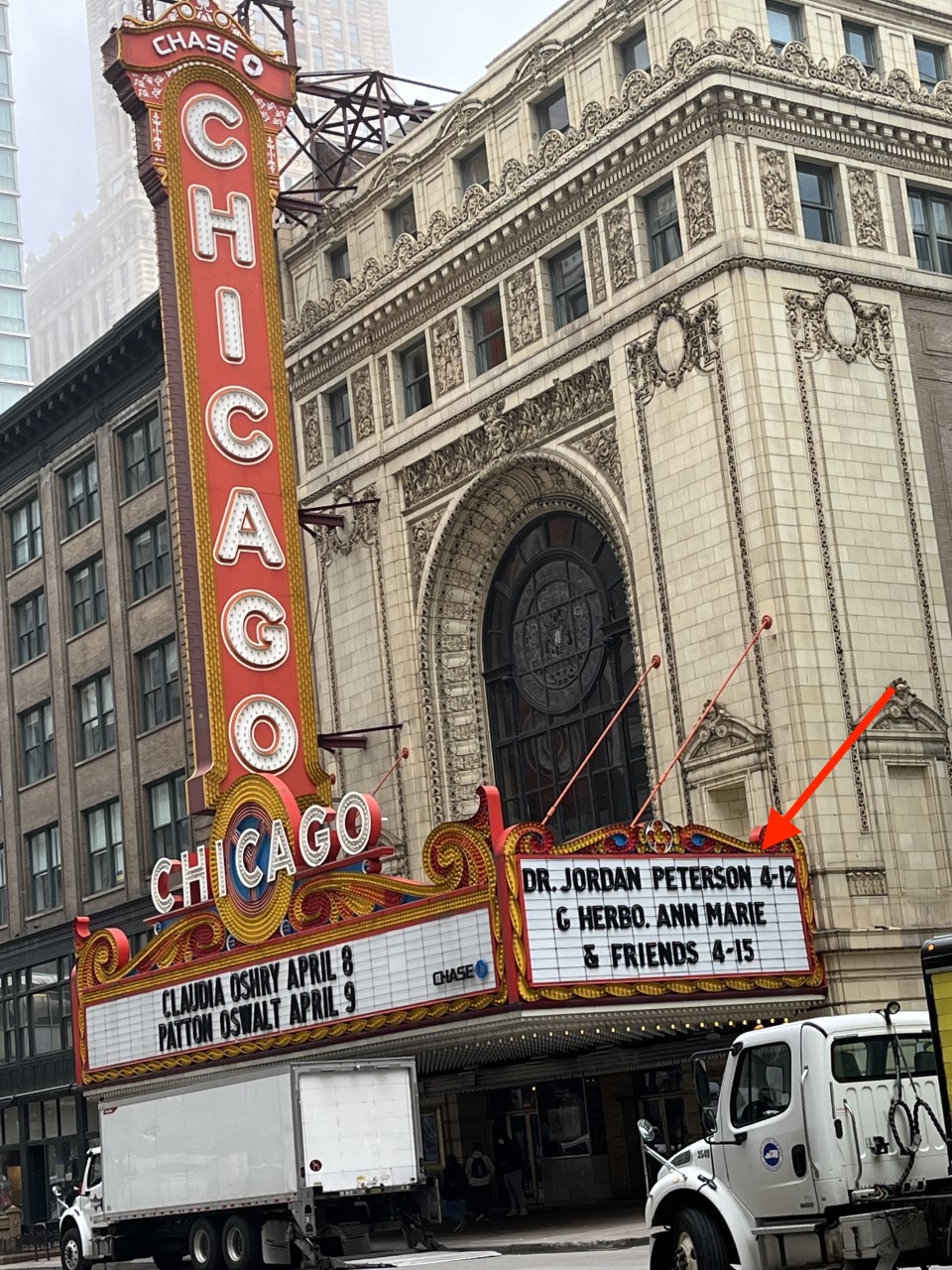 B.)  I’ve posted about this grammatical error before, though I think some misguided readers defended its use. It’s on all the Chicago buses.

It’s wrong because you can’t sit there if you have both a disability and are accompanied by a senior.  What it should have said is simply “for seniors or people with disabilities.” In fact, that’s exactly what it says on the similar Chicago subway (“el”) sign, where they clearly employed someone who knew their grammar. 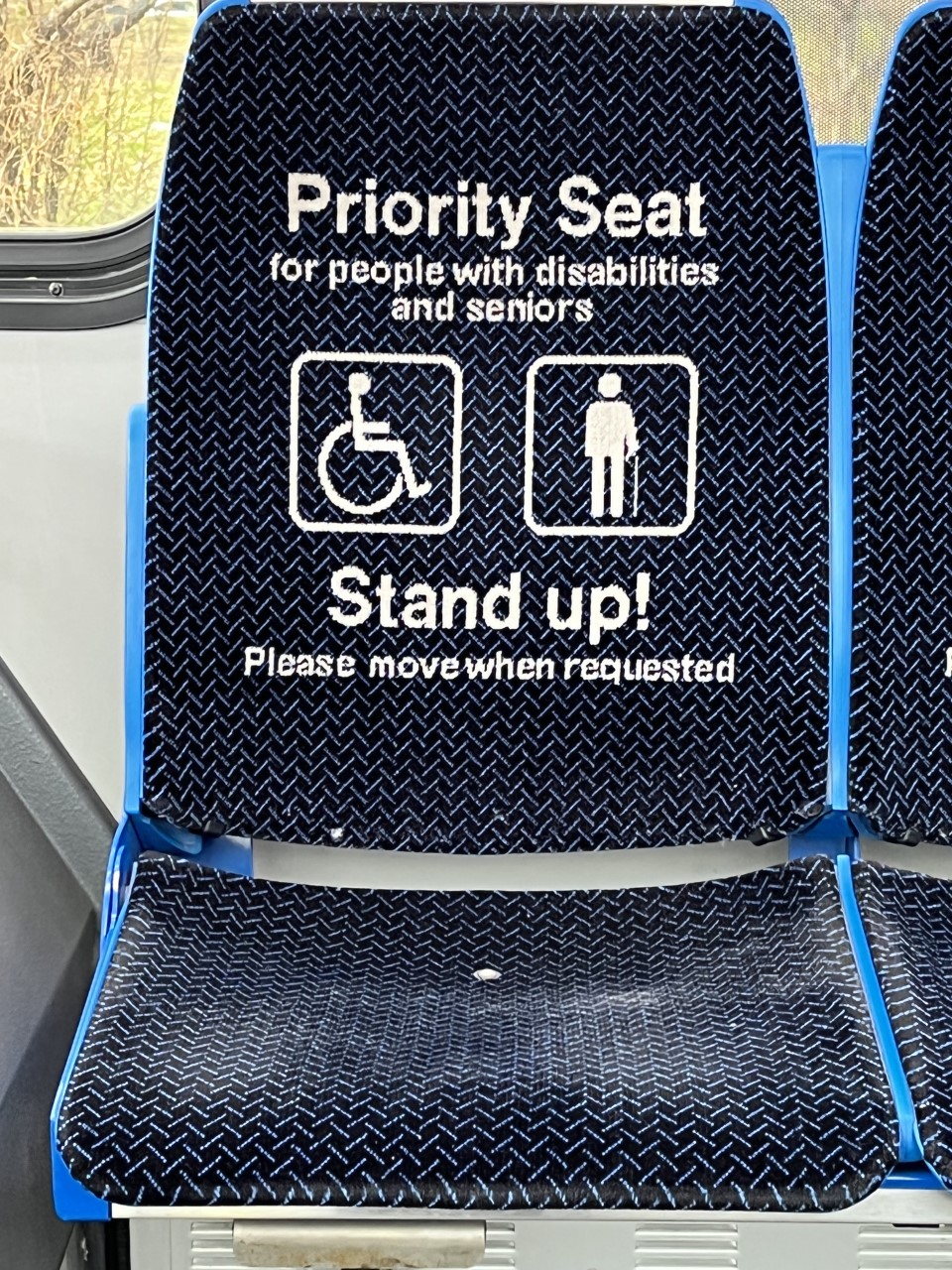 C). For some reason the sign below, which was on the bus right above the seat shown in “B”, offends me. Look at that: “Send referrals and make money.” That is, you get PAID if you send somebody for an HIV test to the University of Chicago Hospital.  Yes, the test may be free, but if you’re diagnosted as positive, somebody, including the hospital, is going to make some money. And the person who sent you gets a bounty!

Notice, too, that two black gay men are depicted in the background, which shows whom this ad is targeting. I didn’t like that, either; why do they need a picture? Lots of people from all walks of life get HIV tests.

In fact, why shouldn’t the hospital offer bounties to those who refer anybody who might have a disease, like diabetes or heart disease? Why just HIV? It’s unseemly, I tell you, these bounties. 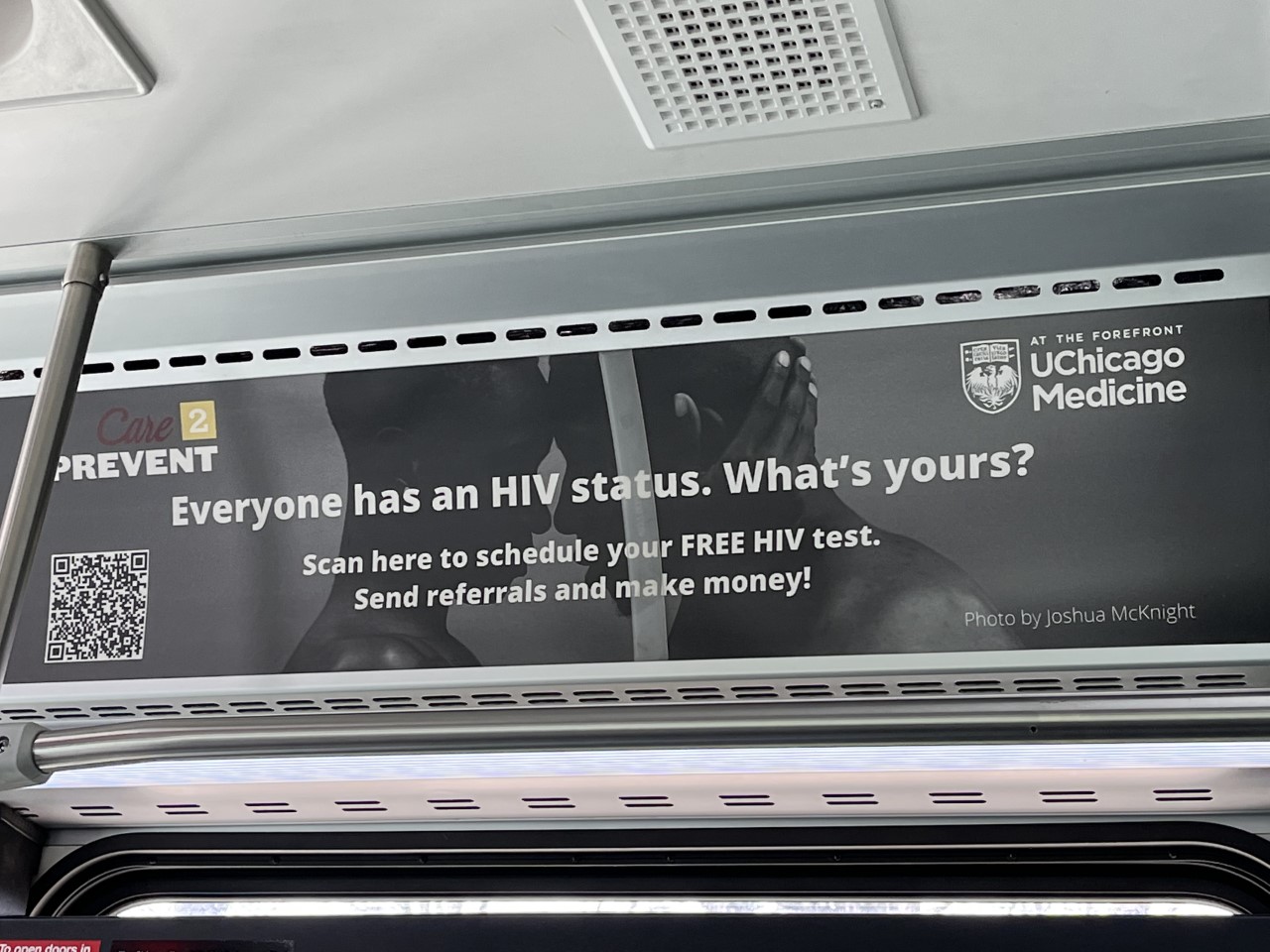