From The Morning Call we have the story of a tuxedo cat in Pennsylvania whose speciality is purloining other people’s shoes. Click to read:

“I thought people were just throwing shoes onto our sidewalk and into our yard,” said Ross’s son, Gavin.

It turns out that Jordan, one of the family’s seven cats, had been stealing shoes from porches, yards and driveways all over the neighborhood, sometimes even going back to get the matching item.

“I caught on because he’s always been my gift-giver,” Ross said, recounting the various things Jordan has presented to her, like mice, birds and snakes.

To confirm her suspicions, Ross bought and installed security cameras while attaching a GPS tracker to Jordan’s collar.

Sure enough, during his nightly prowls, the small black and white cat was stalking the neighborhood for his new favorite prey: unattended shoes. Some nights, Jordan would walk 9.5 miles within a three-block radius in his quest for footwear.

Jordan’s nocturnal rituals include him presenting the stolen shoes to the family’s other cats.

“In some of the videos, when he would bring home shoes, a couple of them would run up like ‘what’d you get, what’d you get,’” Ross said.

Jordan keeps his stolen shoes immaculate, hoarding and protecting them like a dragon’s gold. He doesn’t chew them and Ross noted that there were never any holes in them from being carried in the cat’s mouth. Even the heavy Timber­land work boots he’s snatched were in perfect condition.

“He keeps them pristine,” Ross said. “They’re his collection and he’s so proud.”

I can’t watch this video on the ship, but it purports to be a documentary of Jordan’s activities:

Eventually, some of the neighbors caught on to Jordan’s shenanigans, Ross said. One mother came to Ross irate because Jordan had stolen all five pairs of her son’s shoes. The shoes were located and returned, Ross said.

Ross offered to pay for another child’s shoes, but the mother refused reimbursement as she thought it was funny.

There was also one couple who lived around the corner from the Ross home that Jordan would frequently steal shoes from, as they have a bin on their porch with a sign that says “don’t wear shoes in our house.” They message Ross, telling her which shoes are theirs so they can be returned — and most likely restolen.

There’s a lot more in the artice: Jordan has a Facebook page, has never been caught in the act, and has become an “influencer” cat, getting mail from all over the world. Here’s a note sent to.Jordan from Ukraine!  Click the photo to enlarge and read:

For the past week, fans of Stepan, a 13-year-old black-and-brown-striped rescue cat based in Kharkiv, Ukraine, have been in anguish. They’ve refreshed the cat’s Instagram and TikTok feeds and begged for updates in the comments since the accounts went quiet on March 3, as Russia continued its invasion of Ukraine.

On Wednesday, nearly two weeks later, Stepan’s more than 1 million followers breathed a collective sigh of relief. He was safe and in France.

. . . Stepan is one of the most famous pets in the world. He has amassed a huge following on Instagram and TikTok for his Grumpy Cat-esque nonchalant expressions, and he’s often posed next to a large glass of wine or a cocktail. Stepan’s solo, at-home parties have entertained millions, including many celebrity followers. Stars like Britney Spears, Diane Kruger and Hailey Bieber have shared Stepan’s photos and videos. In November, he appeared in an ad for Valentino.

Stepan and his staff fled to Poland, and, helped by The World Influencers and Bloggers Association, an organization that unites social-media “influencers,” found safety:

The organization helped shepherd the famous cat and his family through Poland to a safe house in France. It rented an apartment for Stepan and his family to stay in for as long as they need. “It was not so easy, on each stage we were in touch with them,” Iryna Savchak, a spokeswoman for the World Influencers and Bloggers Association, said. “Now, we are personally taking care of them in France.”

There was widespread relief and rejoicing when Stepan’s account announced on Wednesday that he and his owner were finally safe. “My favorite cat I follow on Instagram in Kharkiv has made it to safety in France as refugee,” tweeted the author Ben Judah. Others posted photos celebrating the occasion.

Stepan’s owner was able to travel with him in a carrier, but countless pets have been left behind in the war zone as their owners flee the country. Animal rescuers from Poland have been working overtime to rescue cats and dogs from Ukraine, and a German organization recently set up an animal shelter at the Ukraine-Poland border to help.

Stepan is adjusting to his new life in France. Anna said the entire family is “shocked and very much stressed” and traumatized by what they’ve been through. The comments and messages help. By Wednesday night, more than 14,400 people had left messages of love and support on Stepan’s latest Instagram post.

“So glad to hear that you’re safe now,” one follower commented. “… We’re with you!”

There’s also this story from itv about an elderly cat finding a new home:

“Morag – the oldest cat ever housed in the RSPCA centre in Worcester – has found a new home, at the ripe age of 21.

People as far afield as Australia, Japan and the USA had offered to home the elderly cat, who is around 100 years old in equivalent human years.”:

Morag came into the care of the centre in Kempsey last month after her previous owner was no longer able to look after her.

Staff at the RSPCA’s Worcester and Mid Worcestershire branch, which runs the centre, were initially concerned that Morag’s age might put potential adopters off.

But an appeal very quickly took off, with nearly 50,000 reactions and over 3,000 shares on a social media post. 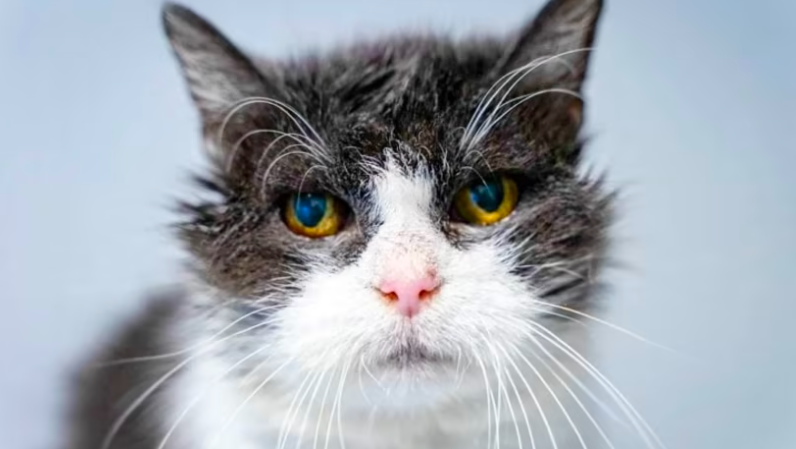 A calm and quiet home – which was essential given her advancing years  – was identified for Morag in Worcester, not far from the centre, where she has settled in well. 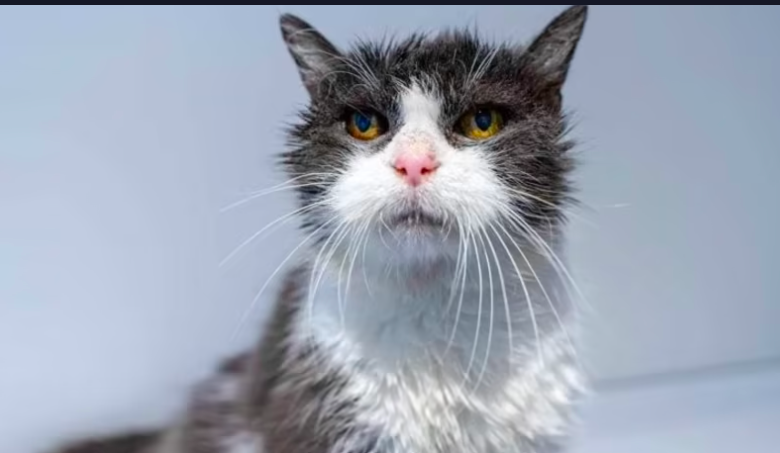 Her new owner has affectionately described Morag as “high maintenance, as you would expect from a senior cat,” and says her favourite pastimes are “sleeping, mooching about and eating.”

Ned Cotton, who manages the rehoming centre, said, “We never thought for one moment that her story would take off like it did, but a 21-year-old cat looking for a retirement home to live out the remainder of her days seemed to resonate with people and we were inundated with interest and offers of homes for her.

We’re delighted that she’s found a wonderful home to call her own and we know she’s going to be thoroughly pampered and much loved there, just as she deserves.” 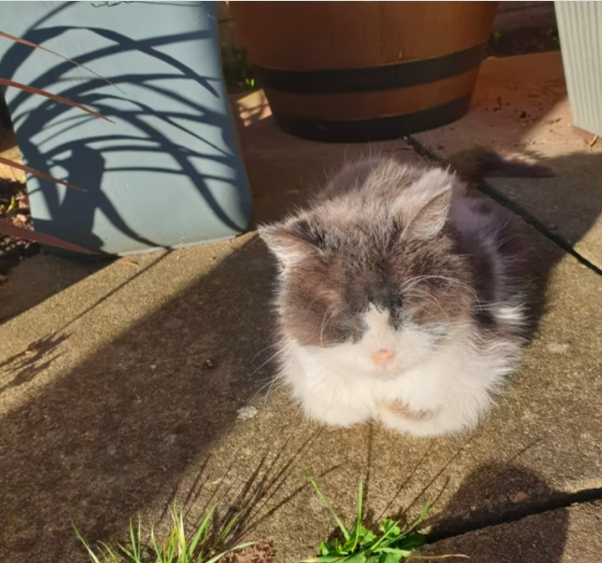 9 thoughts on “Caturday felids: A cat with a shoe fetish; Ukrainian cat escapes the war; oldest cat in Worcester gets a forever home at 21”