Don’t take this news for a harbinger of The Death of Wokeness. The events summarized in the headlines and described below simply mean this:

1.) If there is an Achilles heel of Wokeism, it is their attempt to control the ideology dispensed in schools.

2.) Among all groups, Asians (both East Asians and those from the Indian subcontinent) are the most resistant to wokeness in schools, for attempts to get rid of meritocracy, and standardized admissions tests, as well as the strengthening of affirmative action—all signs of the Successor Ideology—have differentially hurt Asians more than any other ethnic group.

Click on the screenshot to read the story from The Associated Press:

The details: There was a special city referendum to recall three school board members. It was the first such referendum in decades, and the turnout wasn’t high, But it was high among Asians, many of whom registered to vote just so they could recall three of the seven San Francisco school board members (all Democrats).  Only three were eligible for recall—the school board President Gabriela López, the Vice President Faauuga Moliga and the Commissioner Alison Collins. They all went down by substantial votes. Their replacements will be appointed by city Mayor London Breed (there will be a regular election in the fall), and she’d better be careful:

“The voters of this city have delivered a clear message that the school board must focus on the essentials of delivering a well-run school system above all else,” Mayor London Breed said in a statement. “San Francisco is a city that believes in the value of big ideas, but those ideas must be built on the foundation of a government that does the essentials well.”

Well, at least her first sentence made sense!  And Mayor Breed is reported to have been one of the biggest supporters of the recall! She presumably realized what the Board was doing to the national reputation of her town.

Now, why were the voters upset? Three reasons:

First, the school board wasted a lot of time during the pandemic squabbling about renaming 44 public schools on ideological grounds, including those named after George Washington, Abraham Lincoln, Daniel Webster, and even Senator and former SF mayor Dianne Feinstein (see my posts here and here, with the full list or proposed renamings at the second link). The Board had approved the denamings, but now that plan appears dead:

One of the first issues to grab national attention was the board’s January 2021 decision to rename 44 schools they said honored public figures linked to racism, sexism and other injustices. On the list were Abraham Lincoln, George Washington and trailblazing U.S. Senator Dianne Feinstein, D-Calif.

The effort drew swift criticism for historical mistakes. Critics said it made a mockery of the country’s racial reckoning. Angry parents asked why the board would waste time renaming schools when the priority needed to be reopening classrooms.

After an uproar, the school board scrapped the plan.

Second, and in a more minor issue, deposed member Alison Collins, who is black, was accused of (get this) racist tweets:

Collins came under fire again for tweets she wrote in 2016 that were widely criticized as racist. In them Collins, who is Black, said Asian Americans used “white supremacist” thinking to get ahead and were racist toward Black students.

Racism against Asian Americans has come under a renewed focus since reports of attacks and discrimination escalated with the spread of the coronavirus, which first appeared in late 2019 in Wuhan, China.

Collins said the tweets were taken out of context and posted before she held her school board position. She refused to take them down or apologize for the wording and ignored calls to resign from parents, Breed and other public officials.

Collins turned around and sued the district and her colleagues for $87 million, fueling yet another pandemic sideshow. The lawsuit was later dismissed.

But Collins’s tweets had angered the already ticked-off Asians, and the final straw was this:

Third, the board decided to get rid of meritocratic admissions to Lowell High School, an elite public “magnet school” that attracts the most talented students from across the city. Most of those turned out to be Asian. Here are the 2015-2016 data given by Wikipedia: 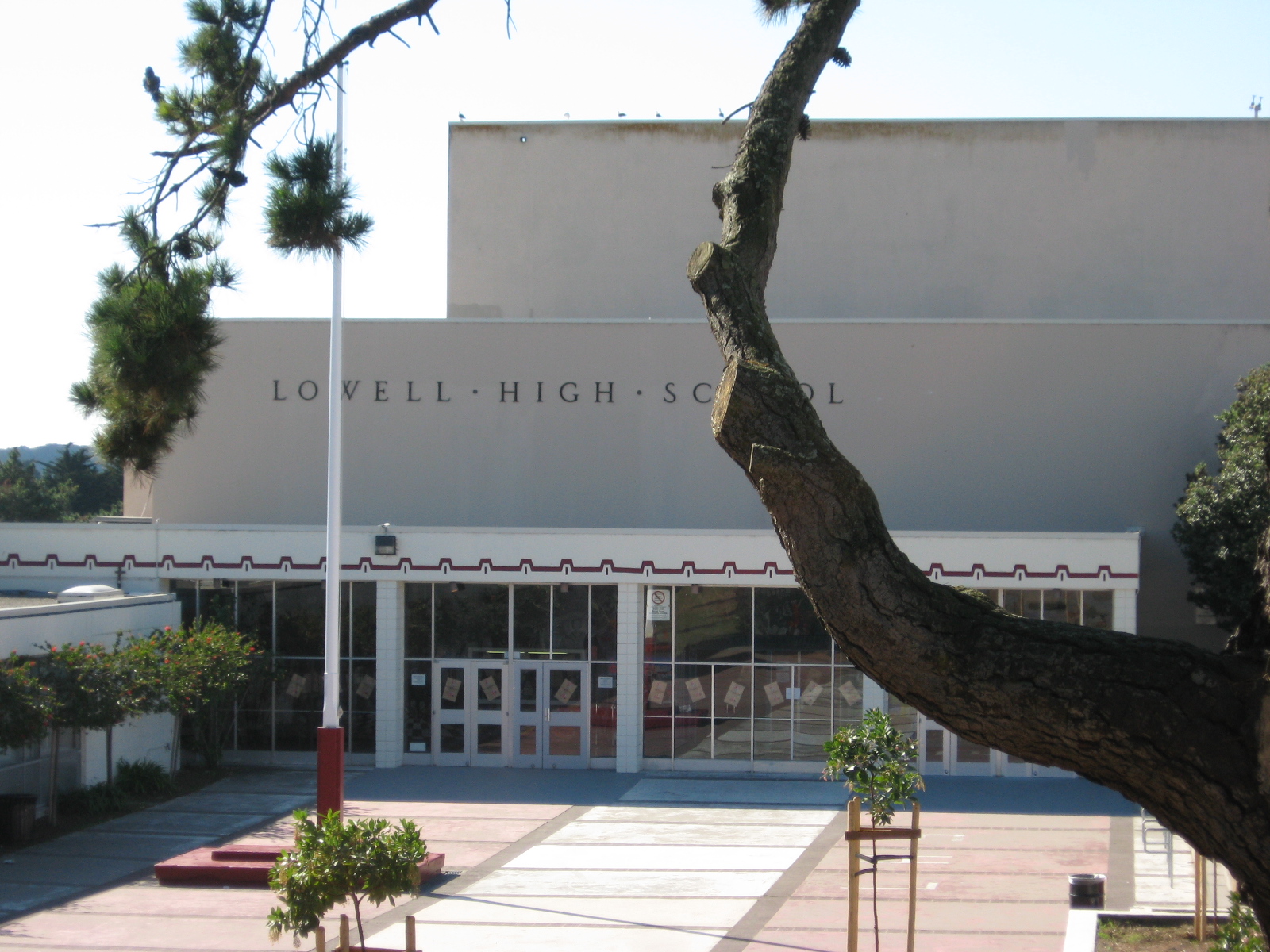 Presumably in a desire to achieve “equity,” the board voted to move admissions to Lowell to a lottery system. That, of course, would completely destroy the school’s reputation. From Wikipedia:

Lowell was formerly one of two public schools in the San Francisco Unified School District (the other being School of the Arts) that was permitted to admit only students who met special admission requirements. The Lowell admission process was competitive and based on a combination of standardized test scores, GPA, a writing sample, and extracurricular activities. As of October, 2020 Lowell admission is based on a lottery system. Run by SFUSD, Lowell is open to all San Francisco residents and charges no tuition.

I’m not sure what will happen now about entrance requirements; presumably they’ll go back to the pre-2020 system.

The three deposed members defended themselves:

Collins, Lopez and Moliga had defended their records, saying they prioritized racial equity because that was what they were elected to do.

Well, we’re not sure what they were elected “to do”, though these members may be woke. But now liberals, Democrats, and others realize what the Woke “do” when they have power, and it isn’t pretty. Here are a couple of beefs from parents:

The city of San Francisco has risen up and said this is not acceptable to put our kids last,” said Siva Raj, a father of two who helped launch the recall effort. “Talk is not going to educate our children, it’s action. It’s not about symbolic action, it’s not about changing the name on a school, it is about helping kids inside the school building read and learn math.”

And from East Asians:

. . . many Asian American residents were motivated to vote for the first time in a municipal election. The grassroots Chinese/API Voter Outreach Task Force group, which formed in mid-December, said it registered 560 new Asian American voters.

Ann Hsu, a mother of two who helped found the task force, said many Chinese voters saw the effort to change the Lowell admissions system as a direct attack.

“It is so blatantly discriminatory against Asians,” she said.

In the city’s Chinese community, Lowell is viewed as a path children can take to success.

Now the readers who sent me the links to this news were ebullient, and I too am happy that Wokesters who pulled such boneheaded moves are gone now.  As in Virginia, where Republican Glenn Youngkin won because voters thought his Democratic opponent rejected the idea that parents should have a say in their kids’ educations, people don’t seem to realize that politicians shouldn’t muck around too much with the educational system. Yes, we need to teach more about the fraught history of America, but we shouldn’t make kids feel guilty because of their race, we shouldn’t divide our kids by what we teach them, we shouldn’t ditch admissions standards or regular standardized testing to see how kids are doing, and, above all, stop renaming schools, for that seems to parents like a huge waste of time and energy that should be spend on educating kids.

But before you go celebrating this vote, remember who’s really in charge of education. It’s not the school board, but the teachers. And for sure many teachers in San Francisco are woke, and will go ahead and teach what they want. It’s up to the kids and their parents to keep a keen eye on what’s happening in the classroom.