Today’s photos come from Scott Goeppner, a Ph.D. candidate in Integrative Biology at Oklahoma State University. His narratives and captions are indented, and you can enlarge his photos by clicking on them.

White lined sphinx moth (Hyles lineata) – An enormous moth that from a distance looks like a small hummingbird. They are common on campus but difficult to photograph because they do not like to land. 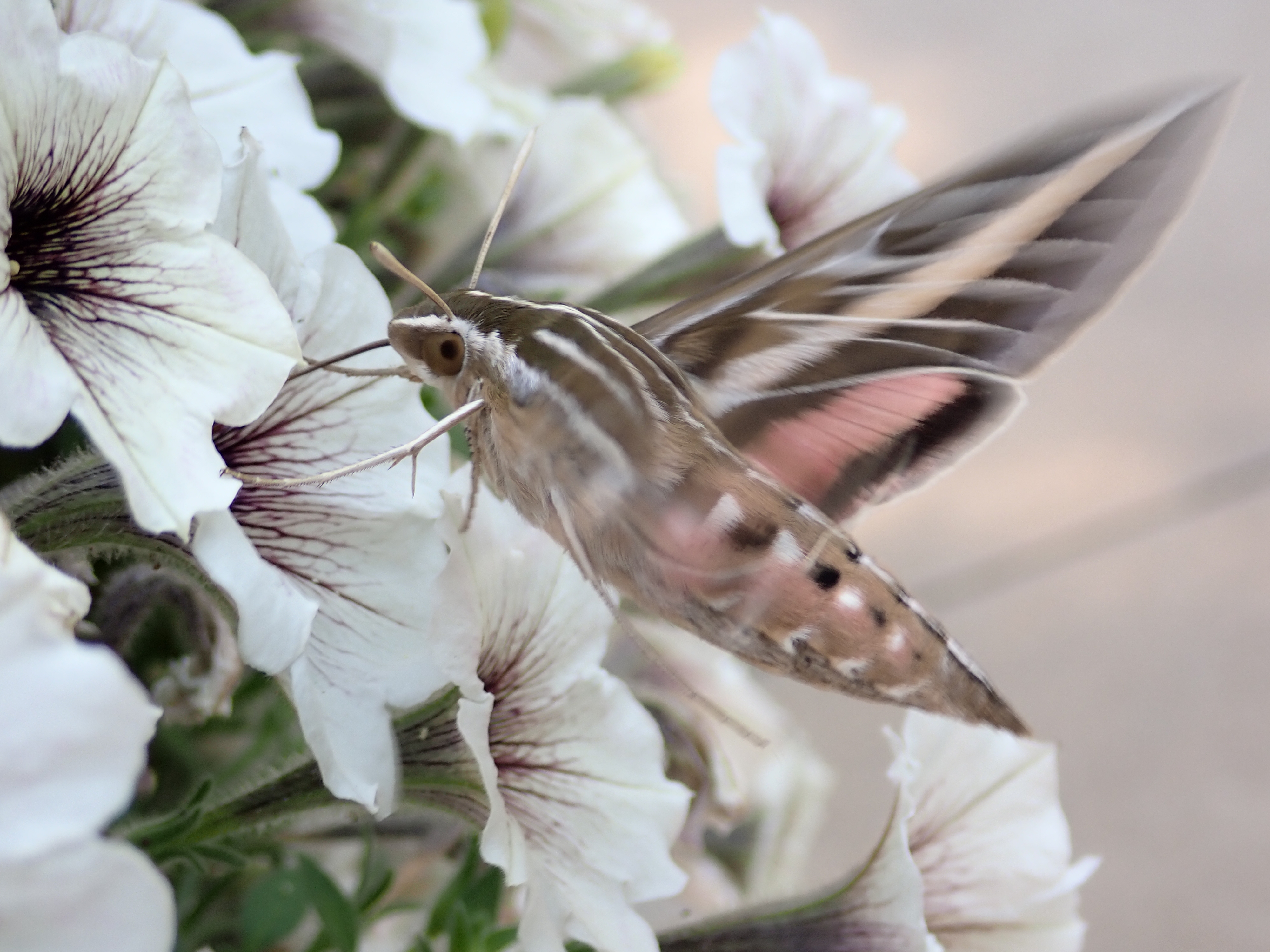 Question mark butterfly (Polygonia interrogationis) – Named for the white question mark shaped marking that you can see on the outer wing. These are common in Stillwater in the summer and fall. 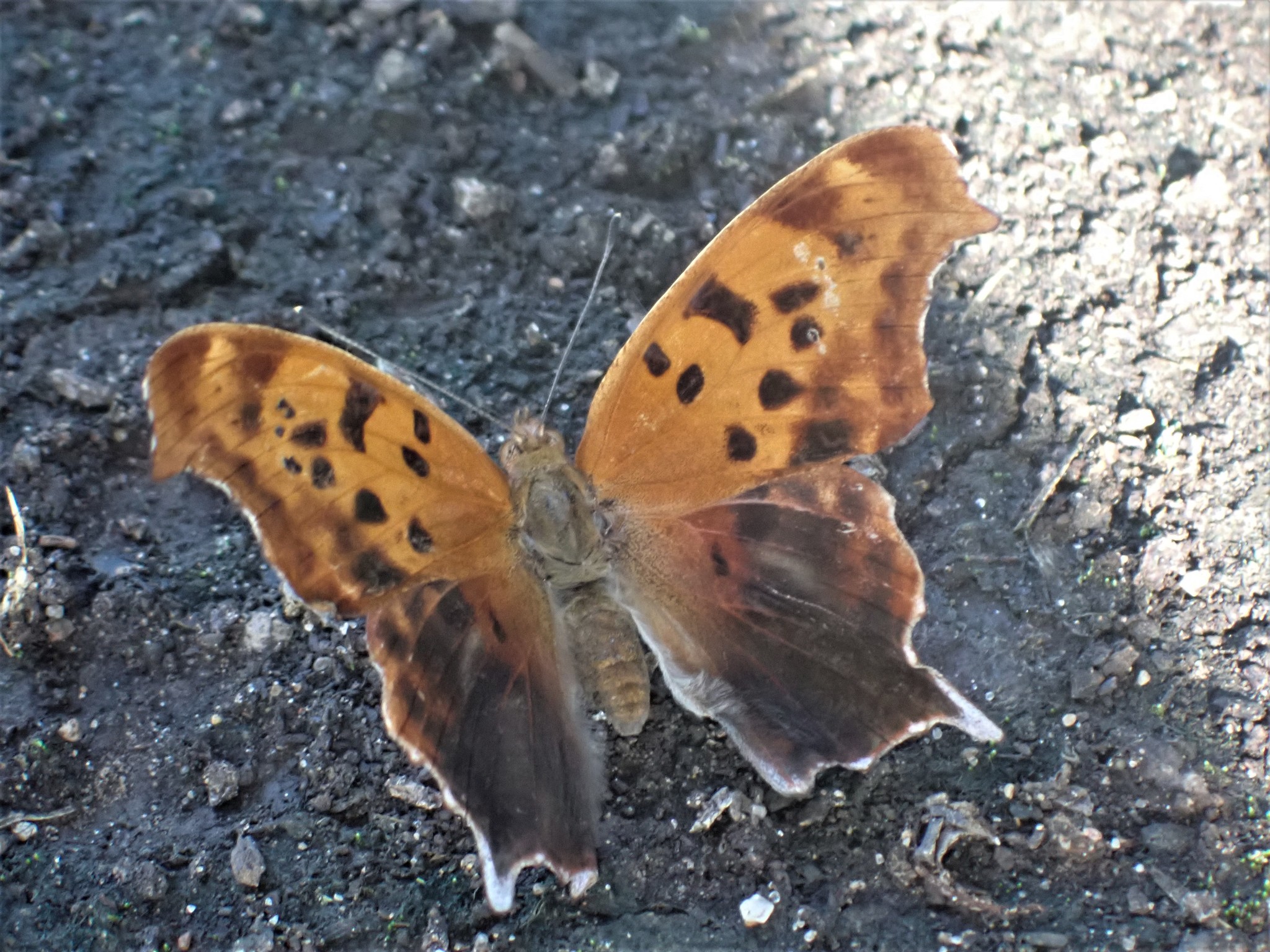 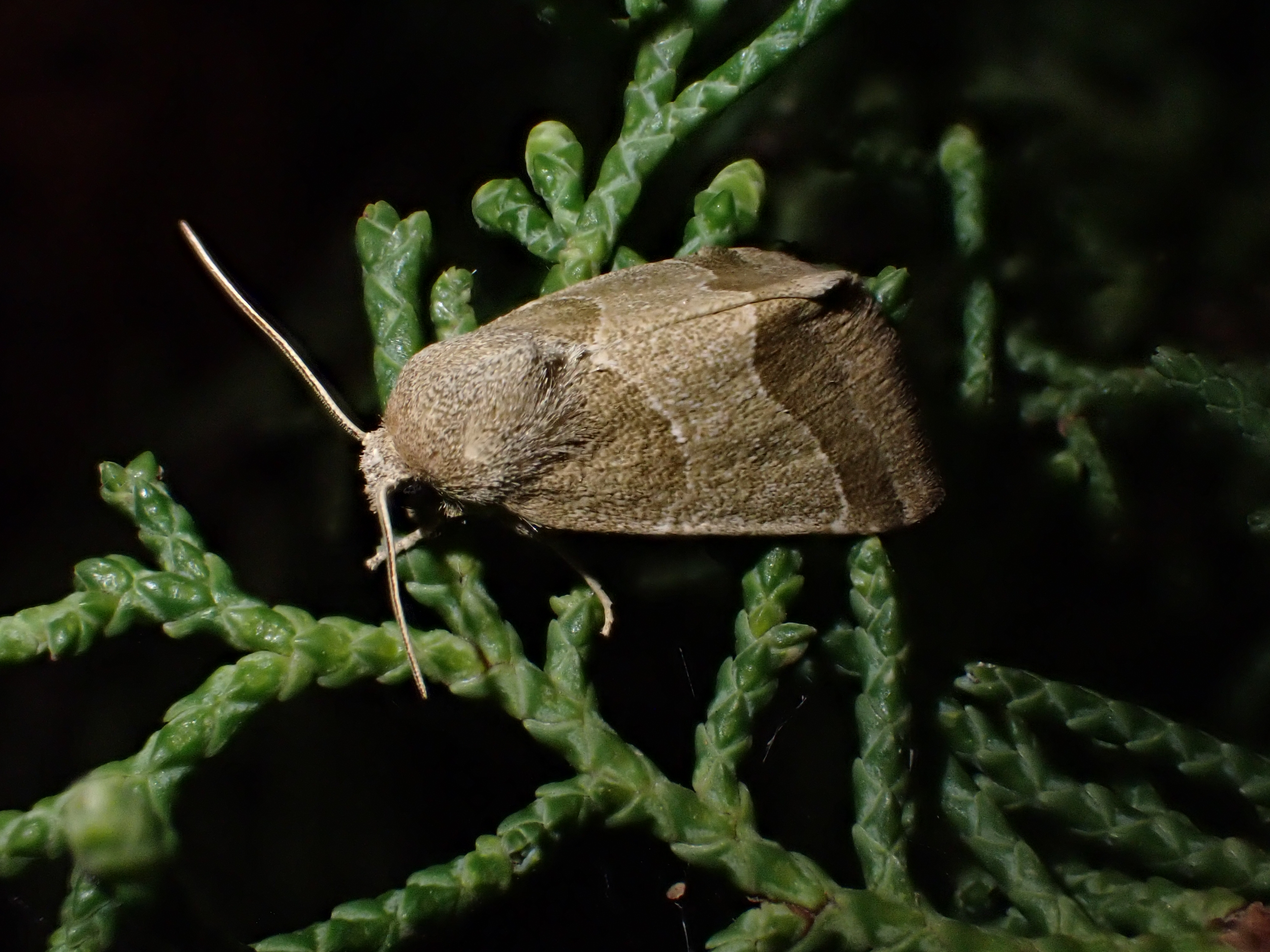 A resh cicada (Megatibicen resh) in the middle of a sidewalk at night. Cicadas are very common on campus during the summer and early fall and they make quite a bit of noise at night. 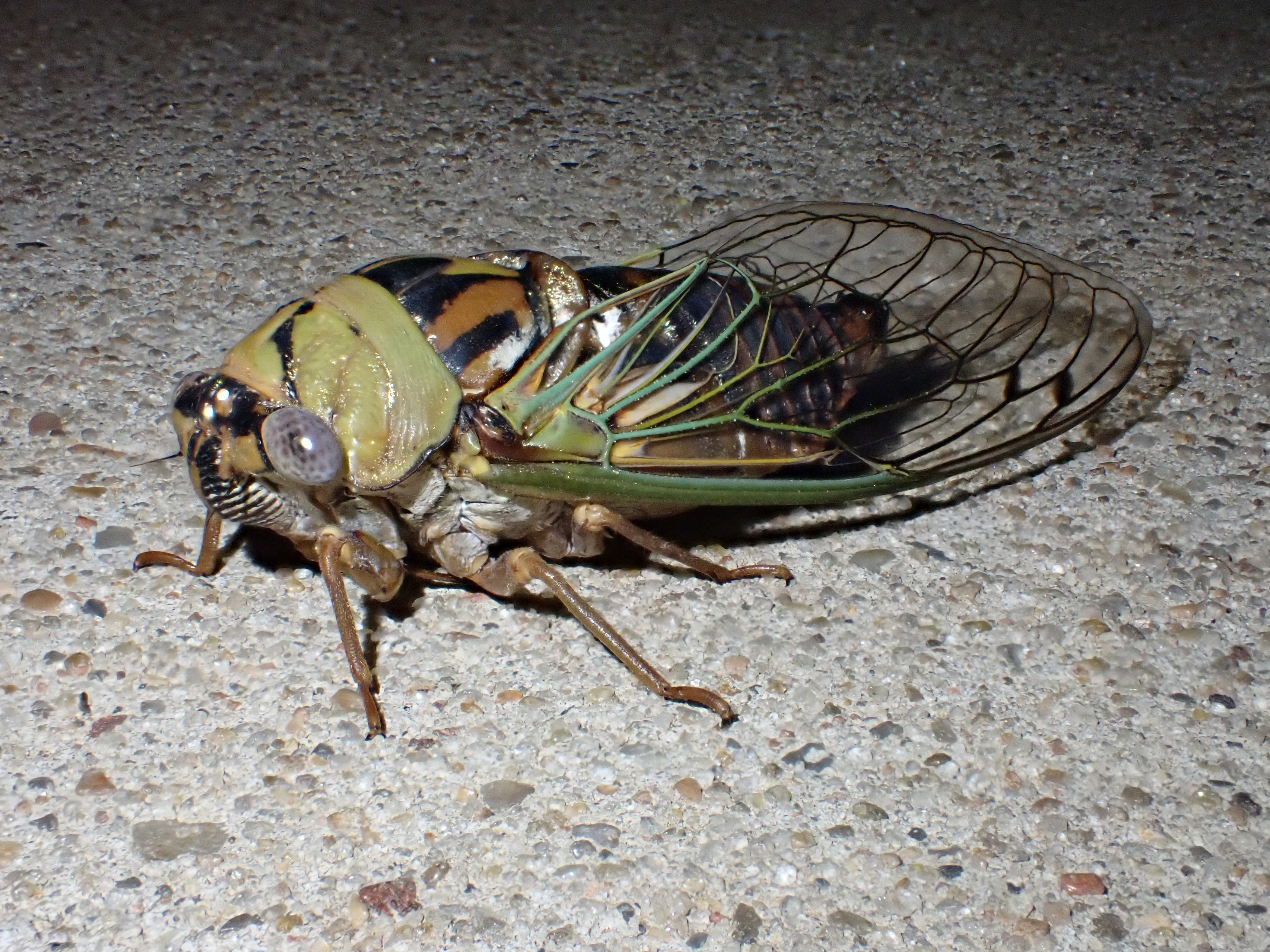 A Common Short-tailed Cricket (Anurogryllus arboreus) located in the same area as the cicada. 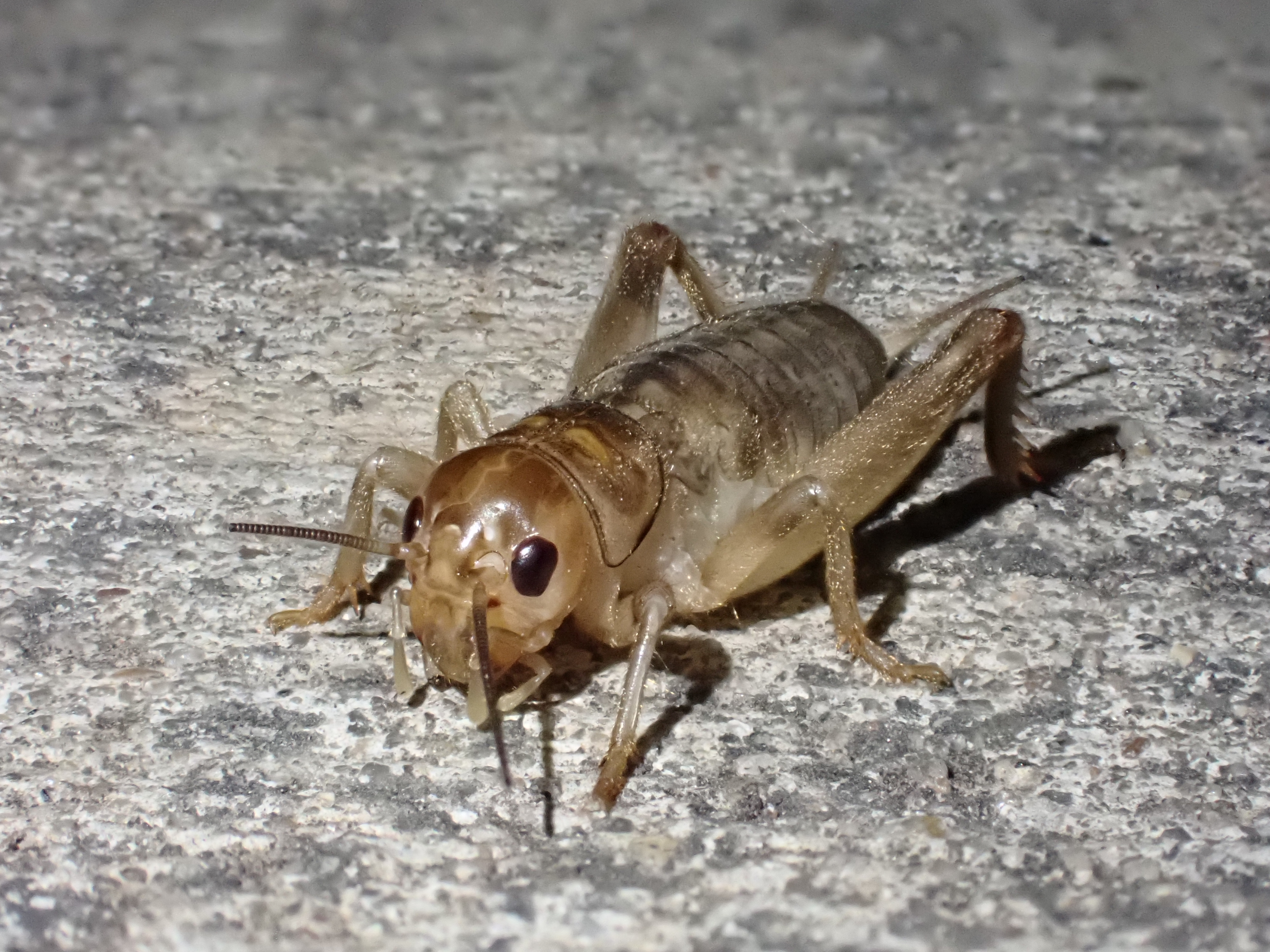 A cardinal jumping spider (Phidippus cardinalis) hanging out in a flower pot and waiting to ambush some unfortunate pollinating insect. Its coloration is an example of Batesian mimicry as its red coloration resembles wasps in the family Mutillidae which have a nasty sting. This one was missing a leg on its right side, though, so I guess it’s not foolproof! 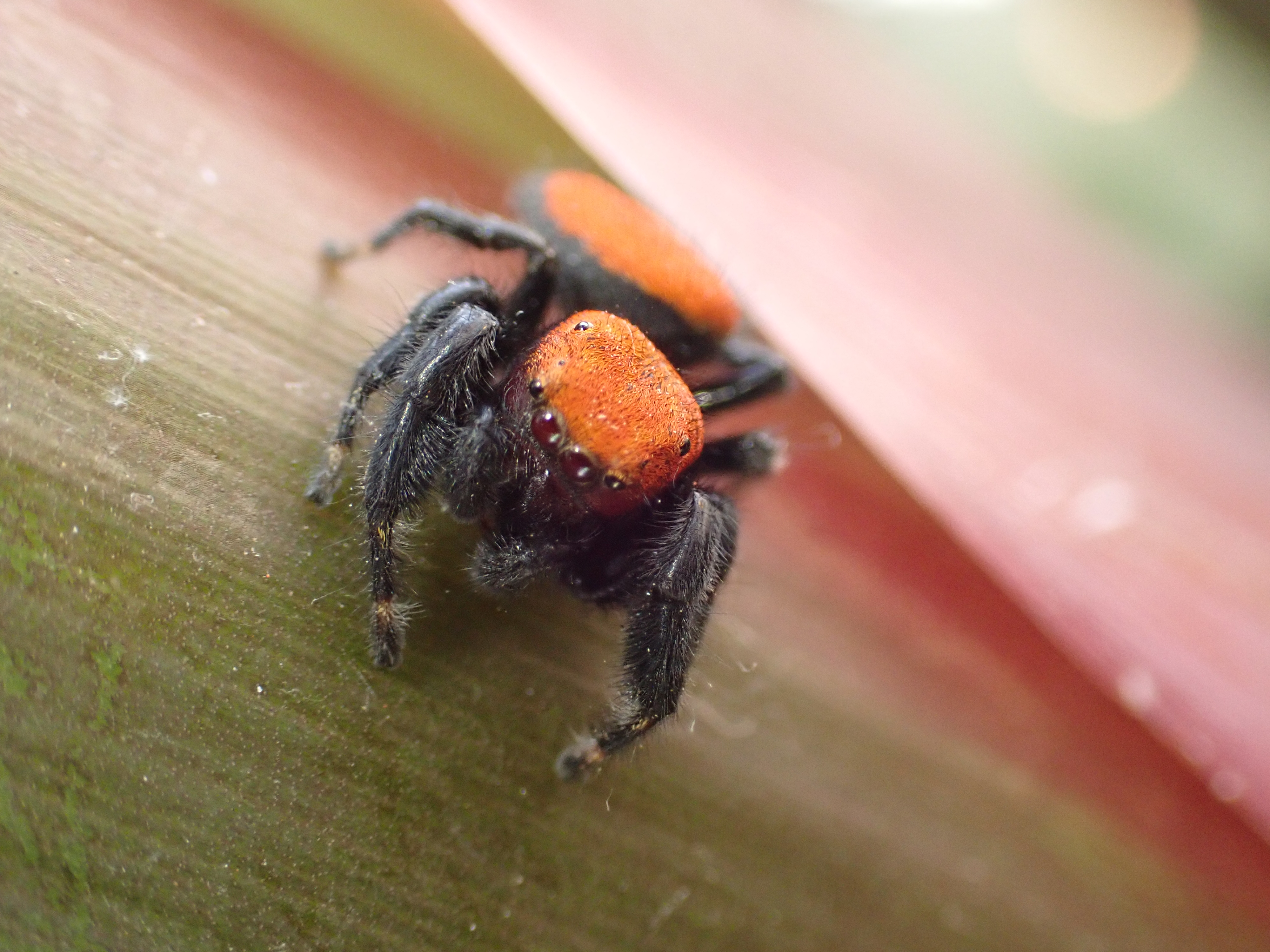 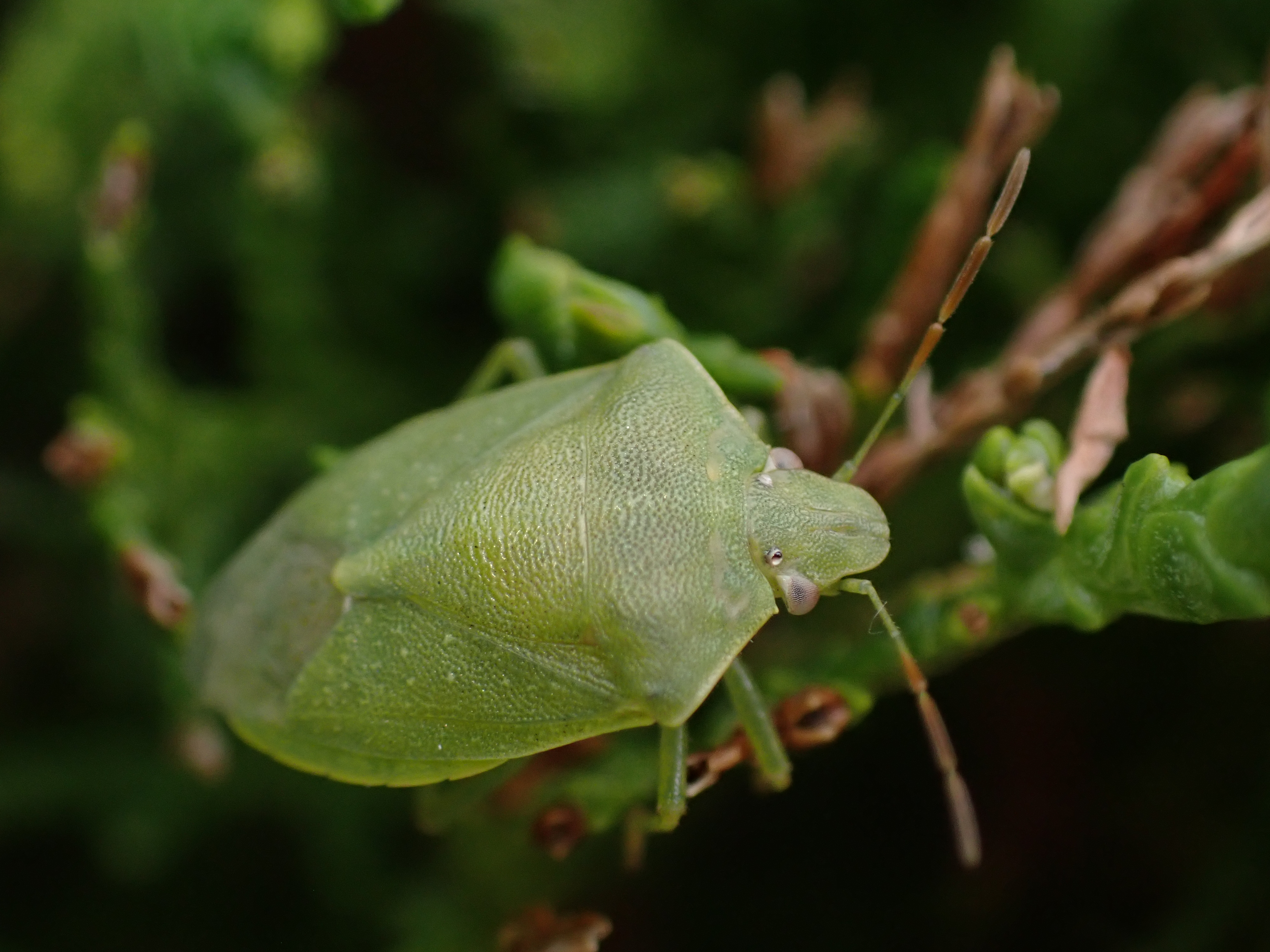 A paper wasp (Polistes sp.) landing on a hedge. It flew off again almost immediately. 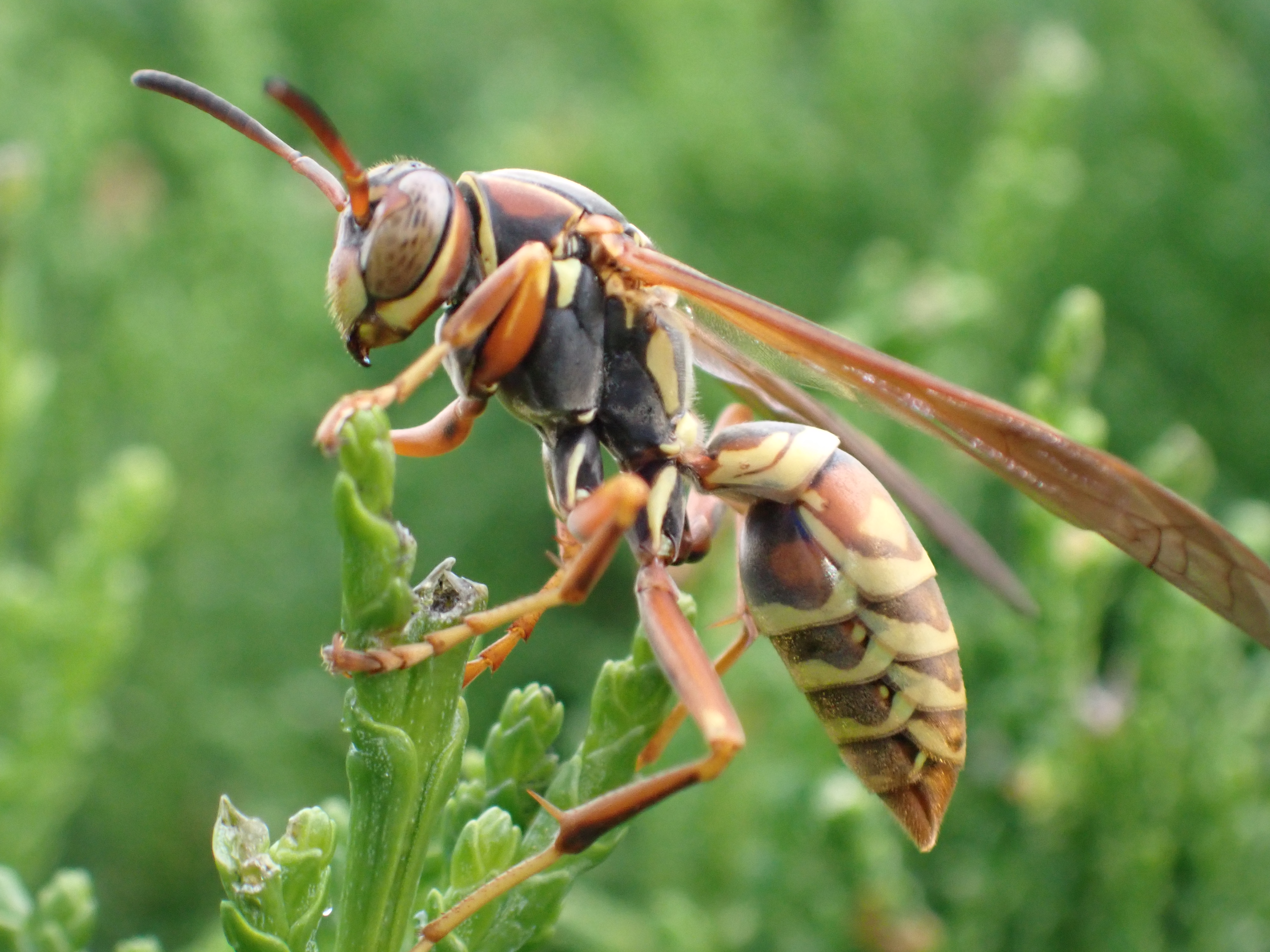 A black caterpillar hunter (Calosoma sayi) eating a dead cicada outside of the Life Sciences West building where I work. I’m not sure if it actually killed the cicada or just happened to come across the carcass. 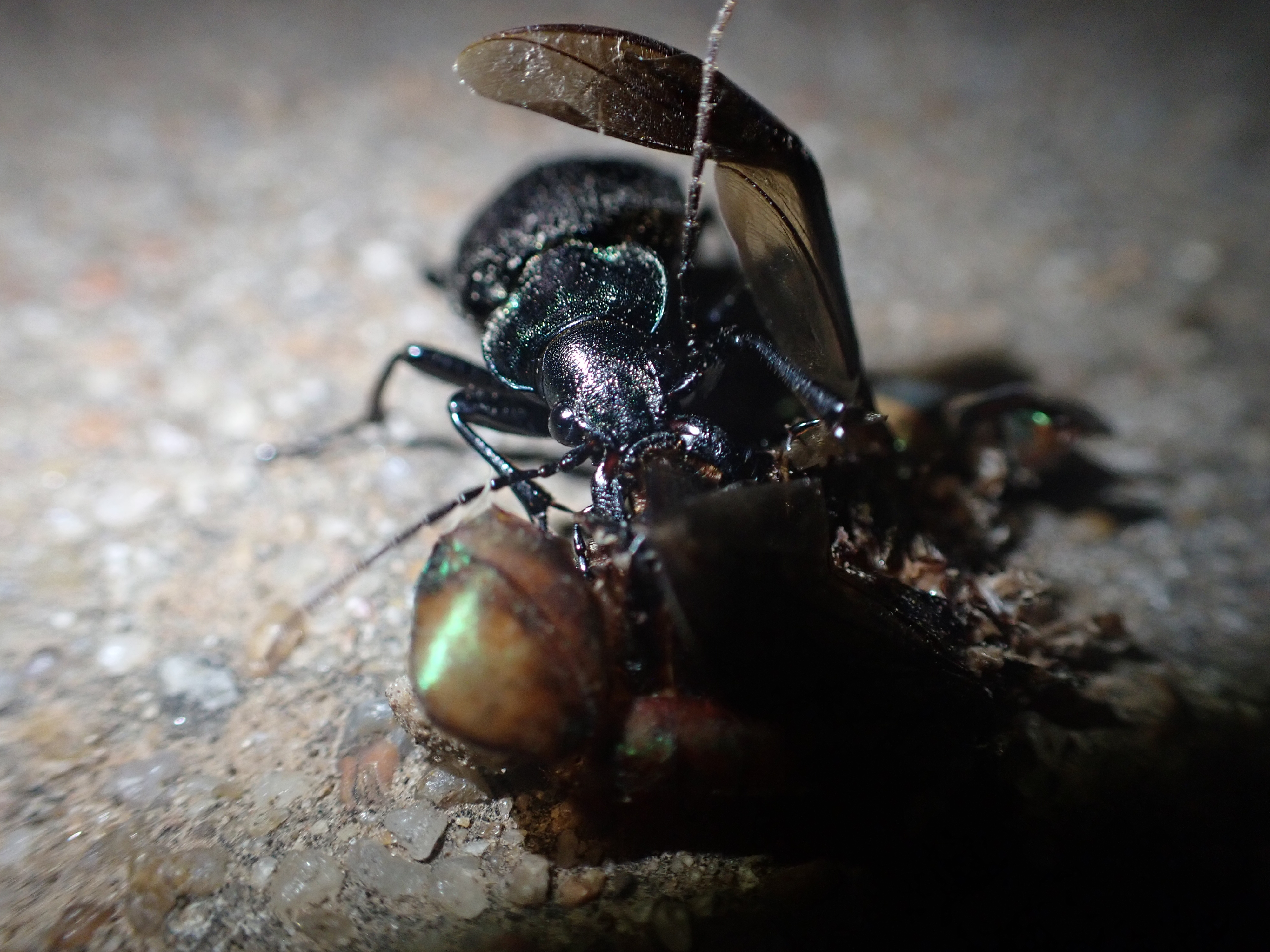 A bold jumping spider (Phidippus audax) who was considerate enough to sit still for a focus-stacked photo. While these spiders are quite common, they usually don’t sit still long enough to take close up focus-stacked photos. I think this one may have been suffering from cold; temperatures in Oklahoma swing from the 70s to the 40s during the fall, and this was taken on a 40-degree day. This species has bright blue chelicerae which you can just make out in the photo. 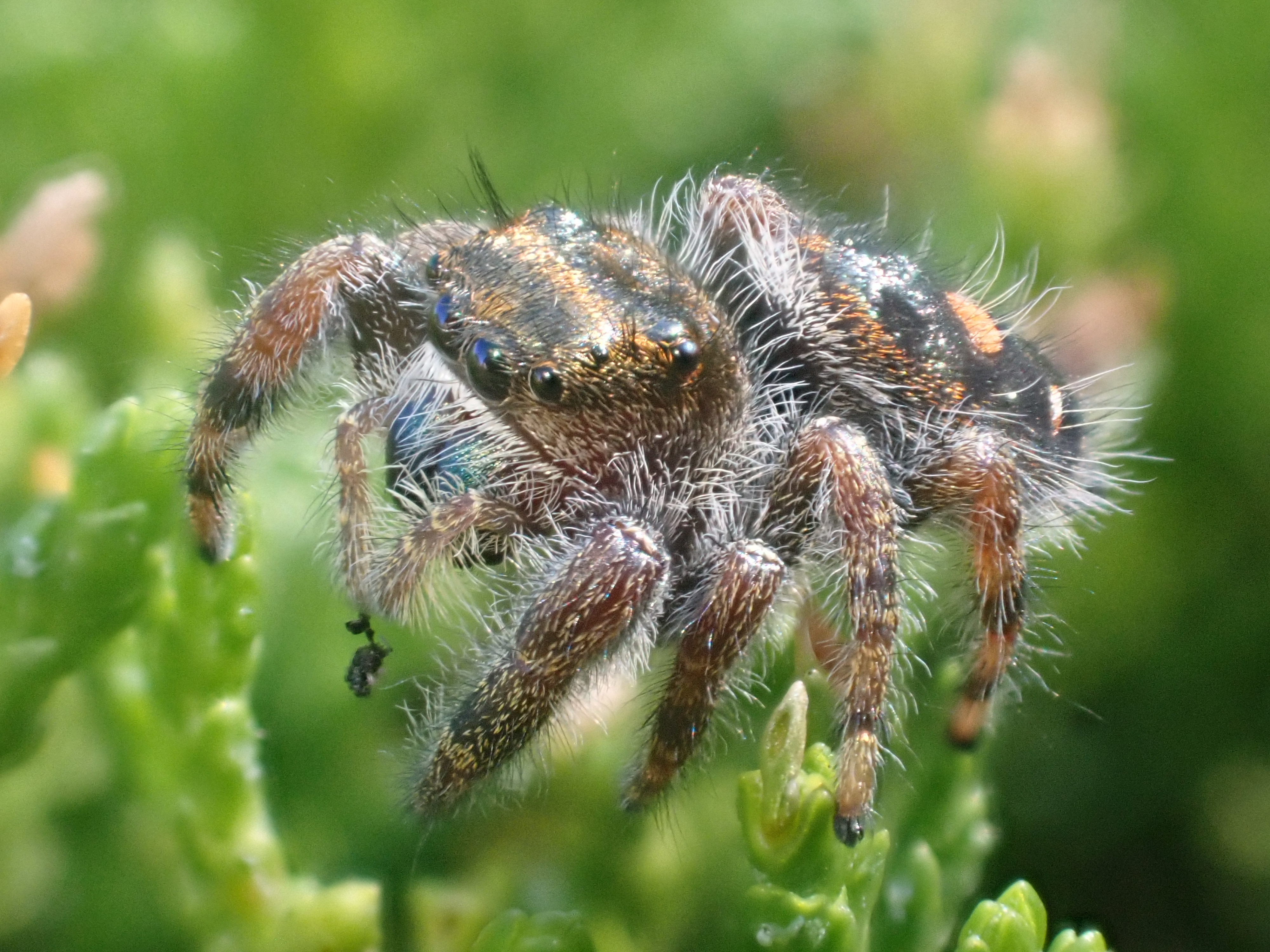