For Darwin’s birthday, I thought I’d mention two books about Darwin, both by the noted Darwin scholar John van Wyhe, whom Jerry and I have both had the pleasure of meeting, and who we’ve had occasion to mention here on WEIT a number of times. As anyone with more than a passing interest in Darwin should know, John is the editor of the indispensable Darwin Online.

The first is Darwin: The Man, His Great Voyage, and His Theory of Evolution (Andre Deutsch, London, 2018). Although I hadn’t planned it that way, very fittingly I finished reading it this morning. This is a reissue of a book first published in 2008 in anticipation of the Darwin bicentennial. The first issue was published in the US and the UK with different subtitles, and slightly later (2009) in the US. 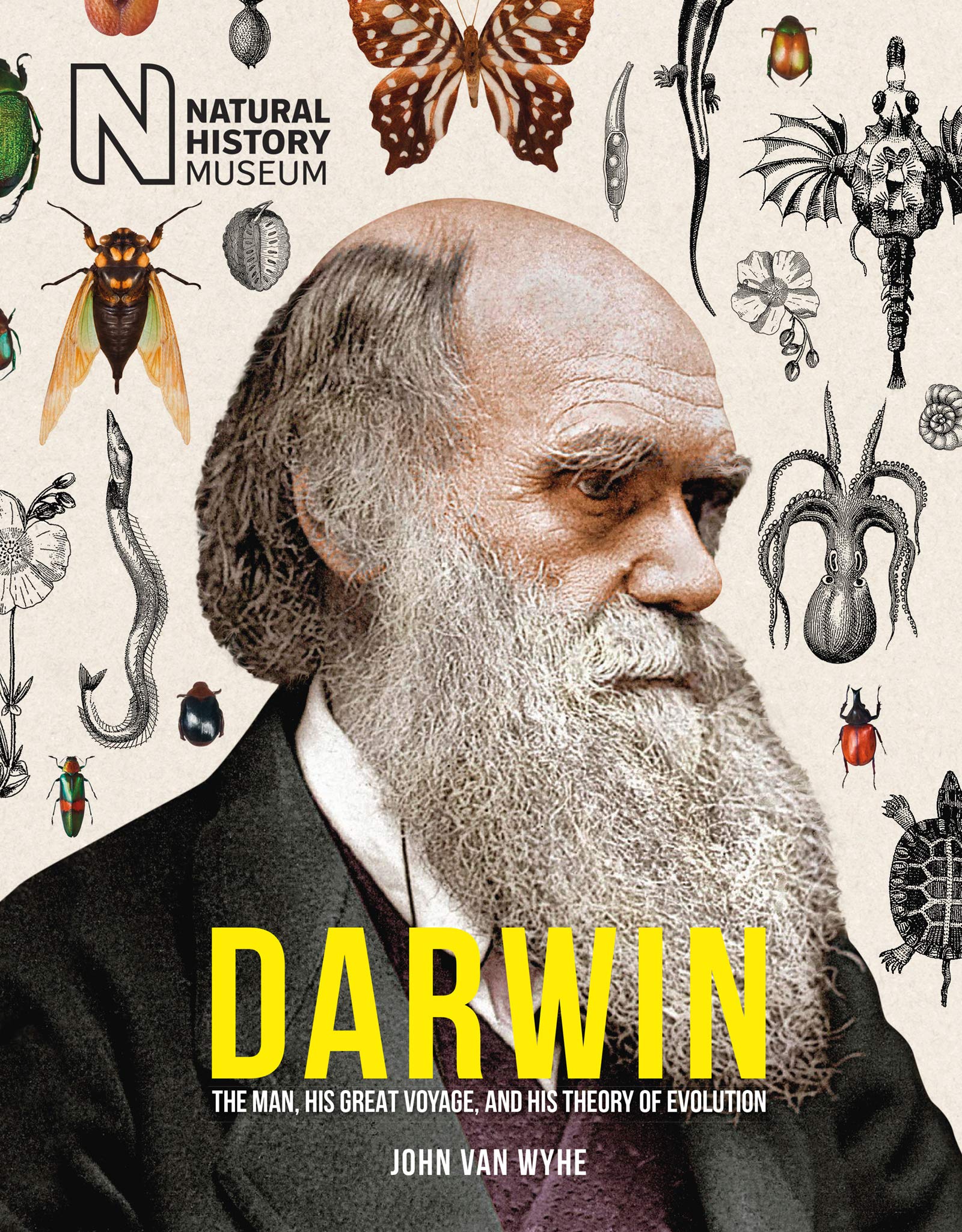 I can highly recommend this as a very well-illustrated capsule summary of Darwin’s life. It begins with one of the best summaries of the state of knowledge and inquiry into natural history in the early 19th century I’ve ever read, then takes up Darwin’s life from birth, to university, to the four corners of the Earth in the Beagle, then to his return to England. Succeeding sections (there are no numbered chapters) are mostly structured around Darwin’s major works, tracing his life and contributions through a chronological sequence of those works.

The text covers at most half of the pages of this 160 page book, the rest being given over to illustrations. Almost all are contemporary, either illustrations from scientific papers and monographs, or of people and places in Darwin’s life. There are also quite a few reproductions of pages from Darwin’s published works and manuscripts. (Pages 120-123, a reproduction of several pages from the Darwin-Wallace Linnean Society paper of 1858, is labeled, incorrectly, as an extract from one of Darwin’s unpublished MS from 1857.) The illustrations are a great plus. In the original issue of 2008, the selection of illustrations was somewhat different (there were more of them), and they were larger, some being fold out; in the current issue the size may be a bit of a problem in seeing detail in some of them.

My own copy is the UK issue of 2018. A US reissue has a 2022 copyright date, but the UK one of 2018 is available in the US. (The larger format issue of 2008 [2009 in the US] can also still be found.) To learn all about Darwin’s life, read Janet Browne’s 2-volume masterpiece. But until you do, read this book, and have it alongside for the illustrations when you read Browne.

The other book, Darwin: A Companion, by Paul van Helvert and van Wyhe (World Scientific, Singapore, 2021) came out last year. I have not seen it yet, though I have seen the earlier edition (1978) by Robert Freeman on which it is based. 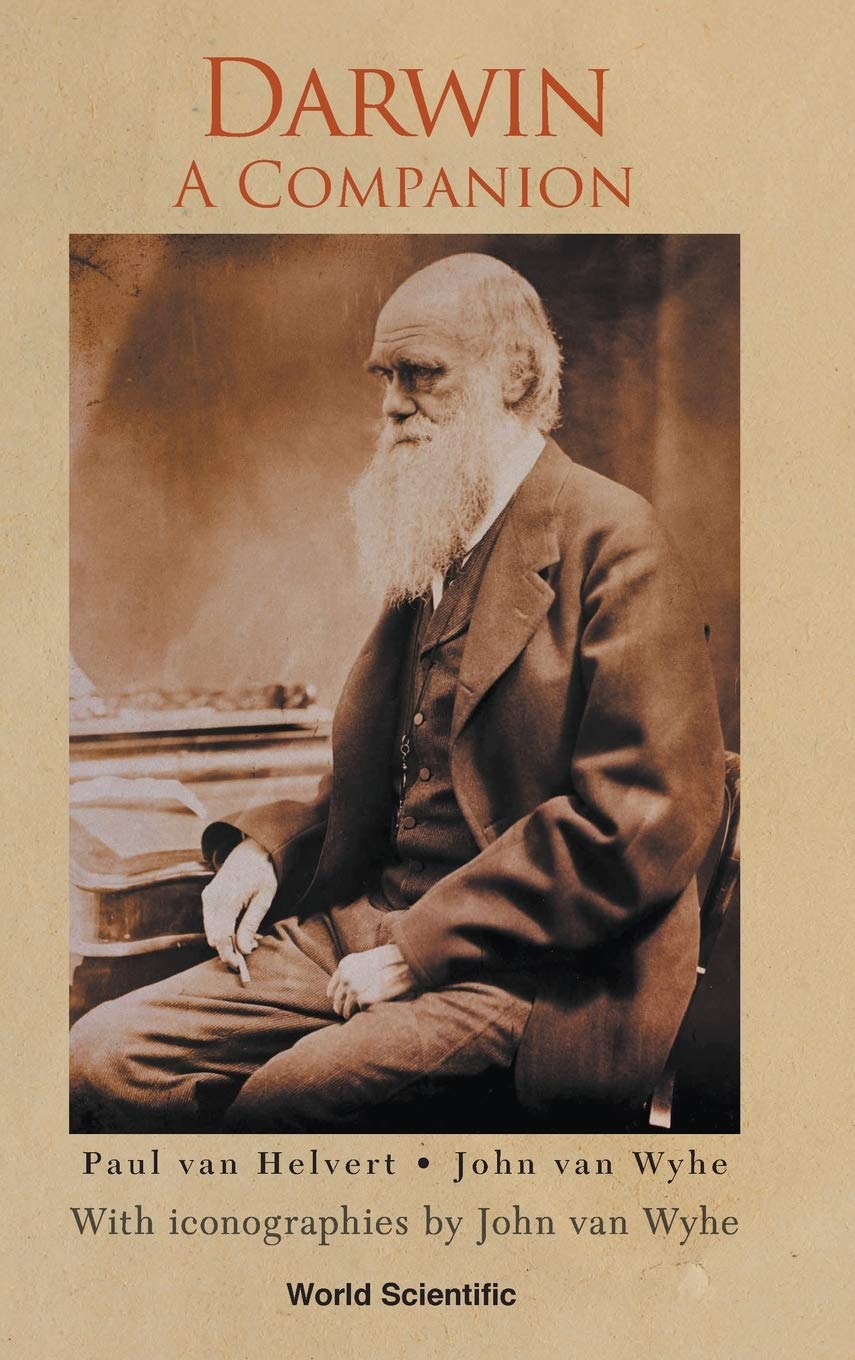 Unlike the previous book, which is a great entry point for the tyro, this book is for the more serious student of Darwin. The Companion is an encyclopedic collection of virtually everything known to be connected to Darwin the man. The new edition is 50% again as large as the first, and has added several dozen illustrations. This is not really a book to be read, but rather consulted or browsed (in the nutritive sense); Darwin completists will need a copy. As Janet Browne wrote in her blurb for the new edition, “There is more here than even Darwin would have known about himself.”

5 thoughts on “Two books on Darwin”