Yes, we have no wildlife today but we have geysers—photographed by Matt Young. Matt’s notes are indented, and you can enlarge the geyer pix by clicking on them.

I had the good fortune to spend several days in Iceland in the summer of 2010 with my wife and a Canon PowerShot G11. One of the more interesting points of interest, at least photographically, was a visit to Geysir, which, as you might guess, is the root from which we get “geyser.” When we were there, it erupted every 8 min or so. Typically, it burbled for a while, 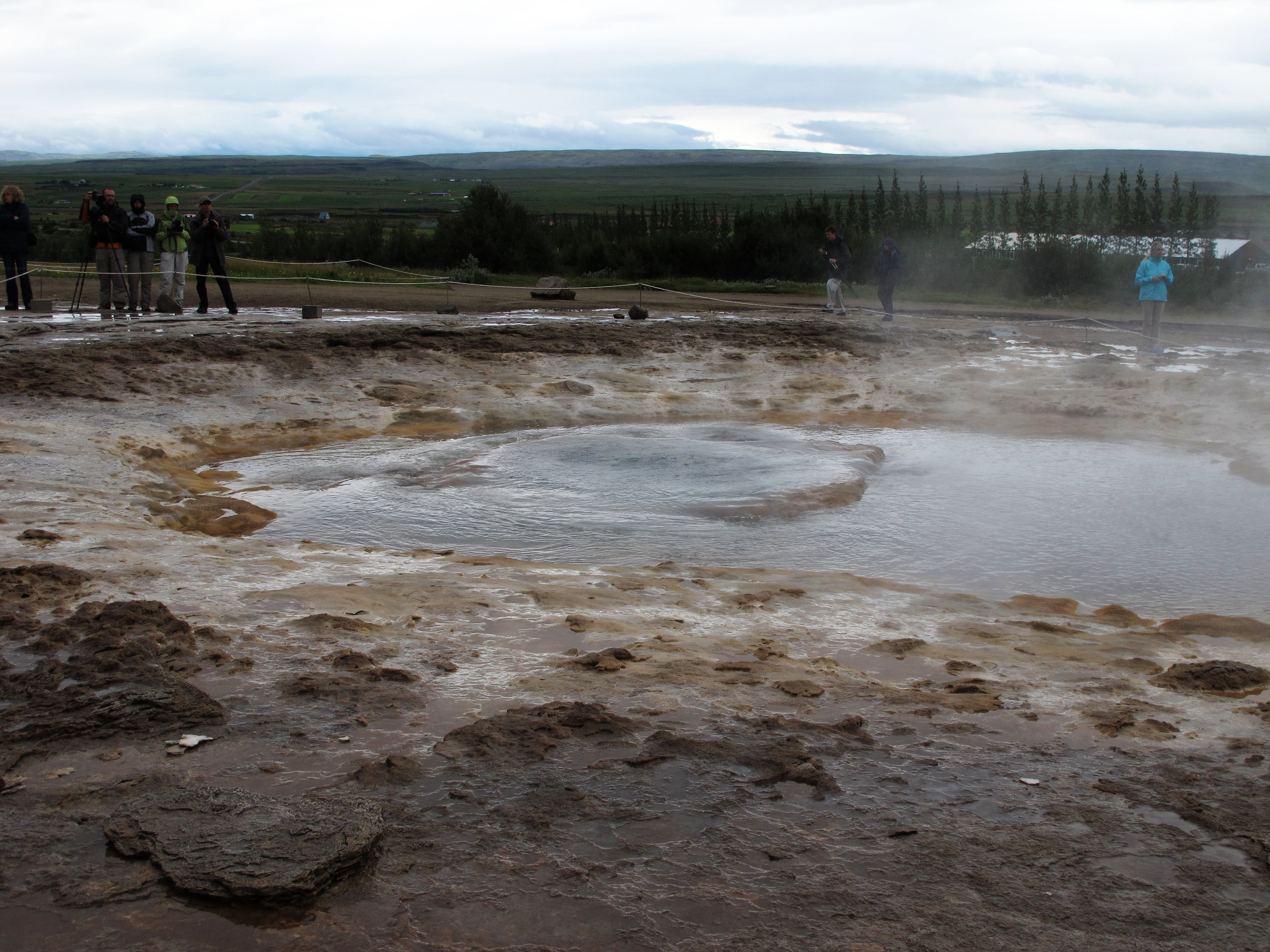 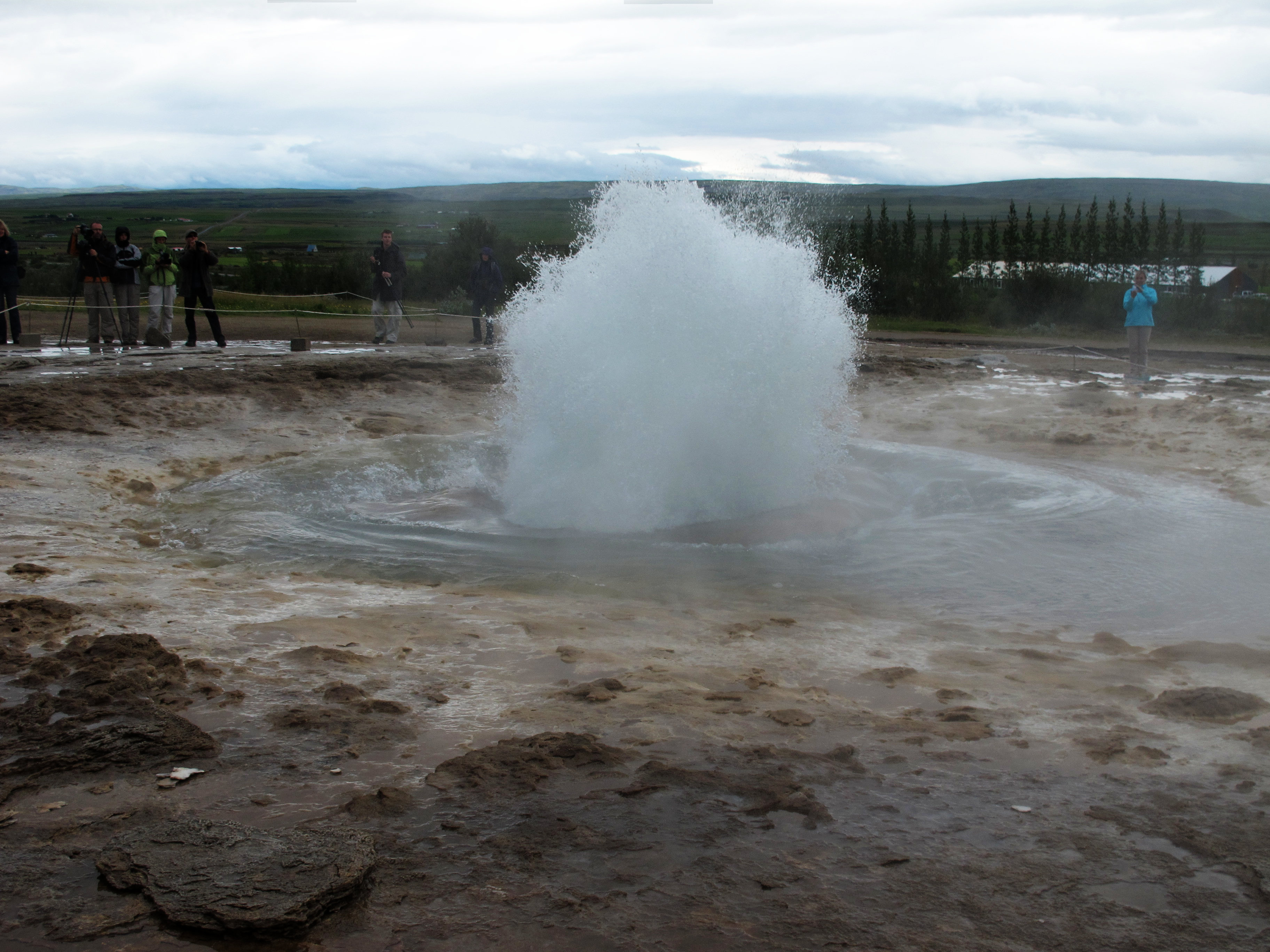 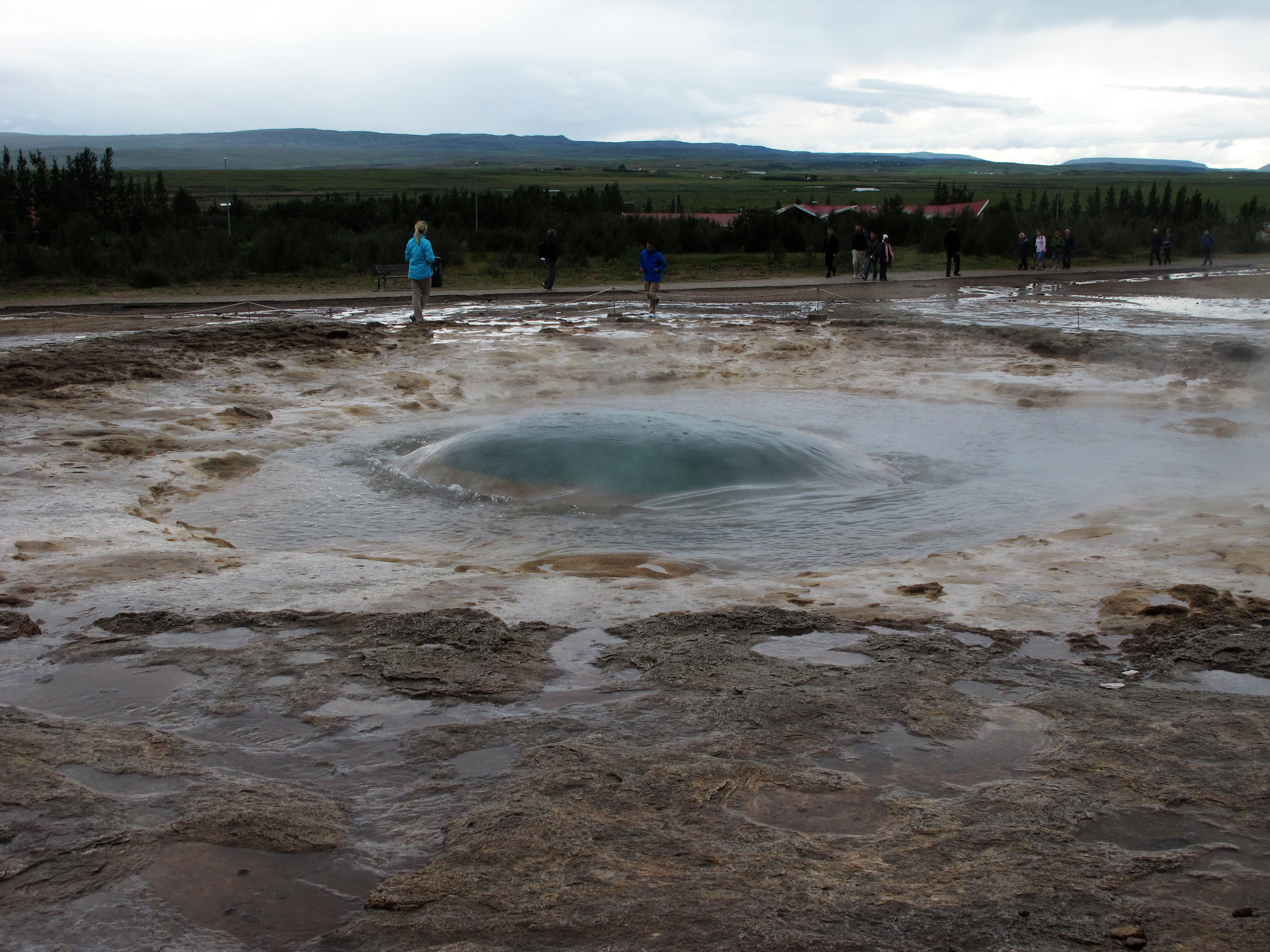 before threatening an eruption: 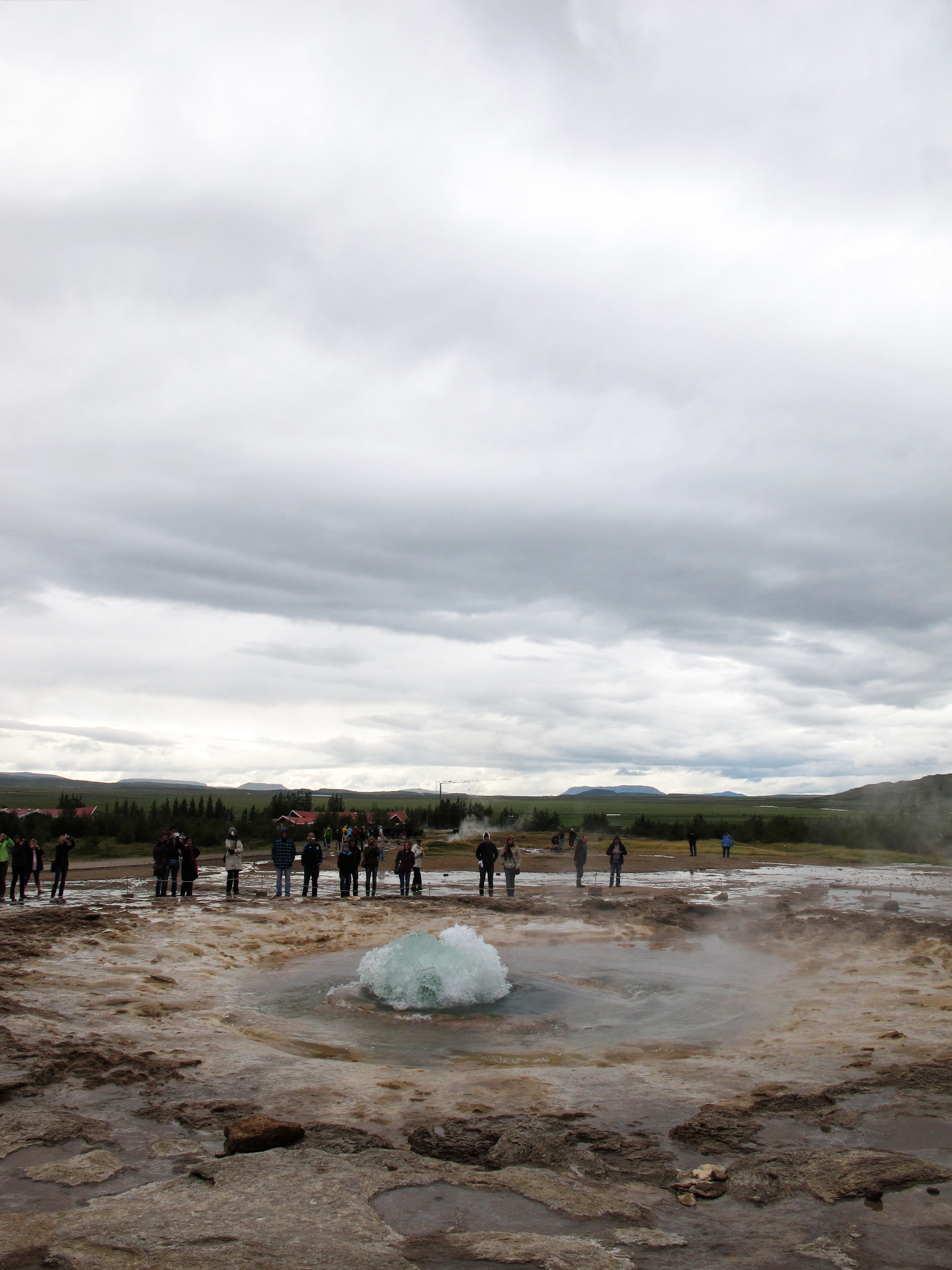 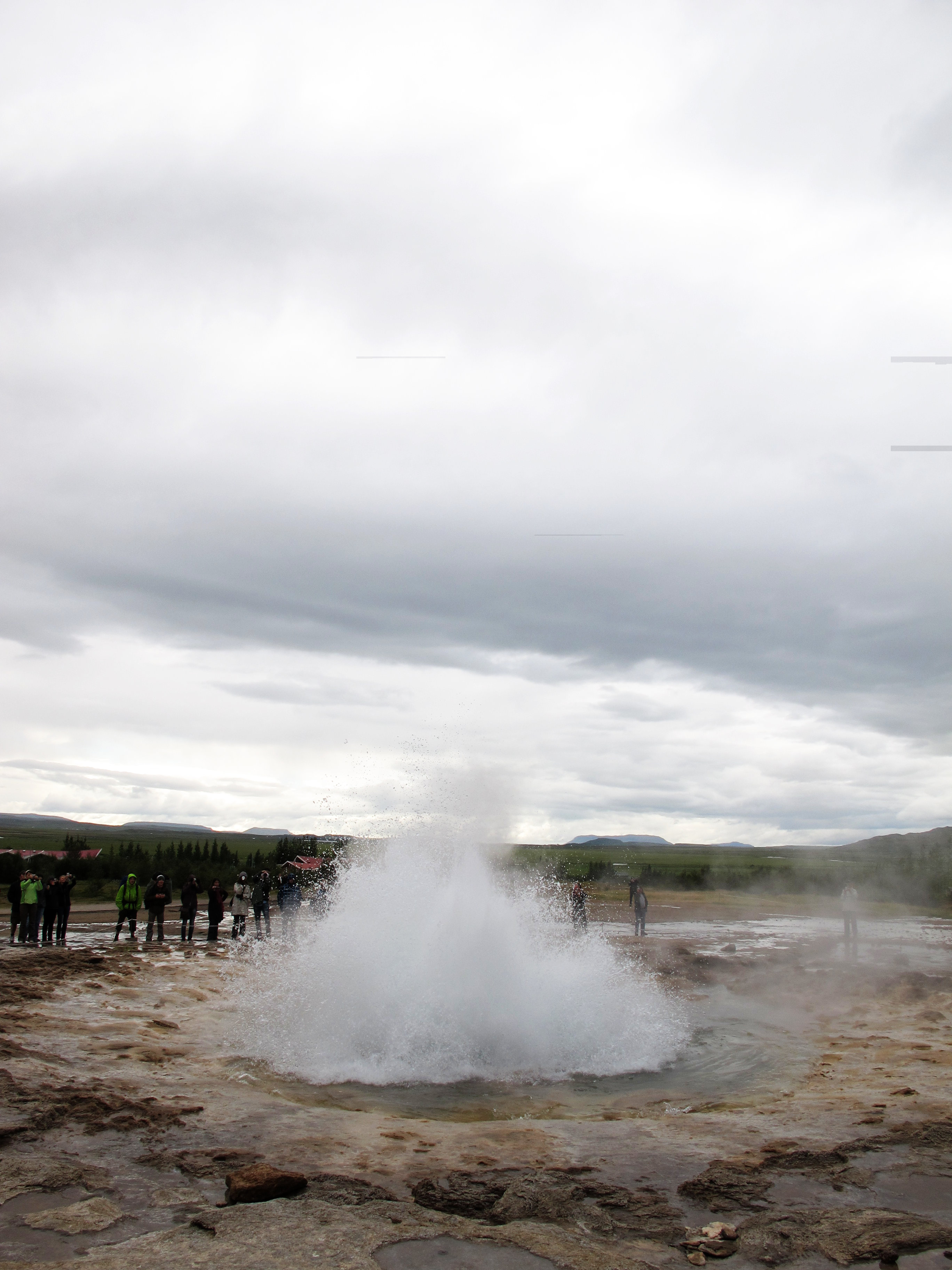 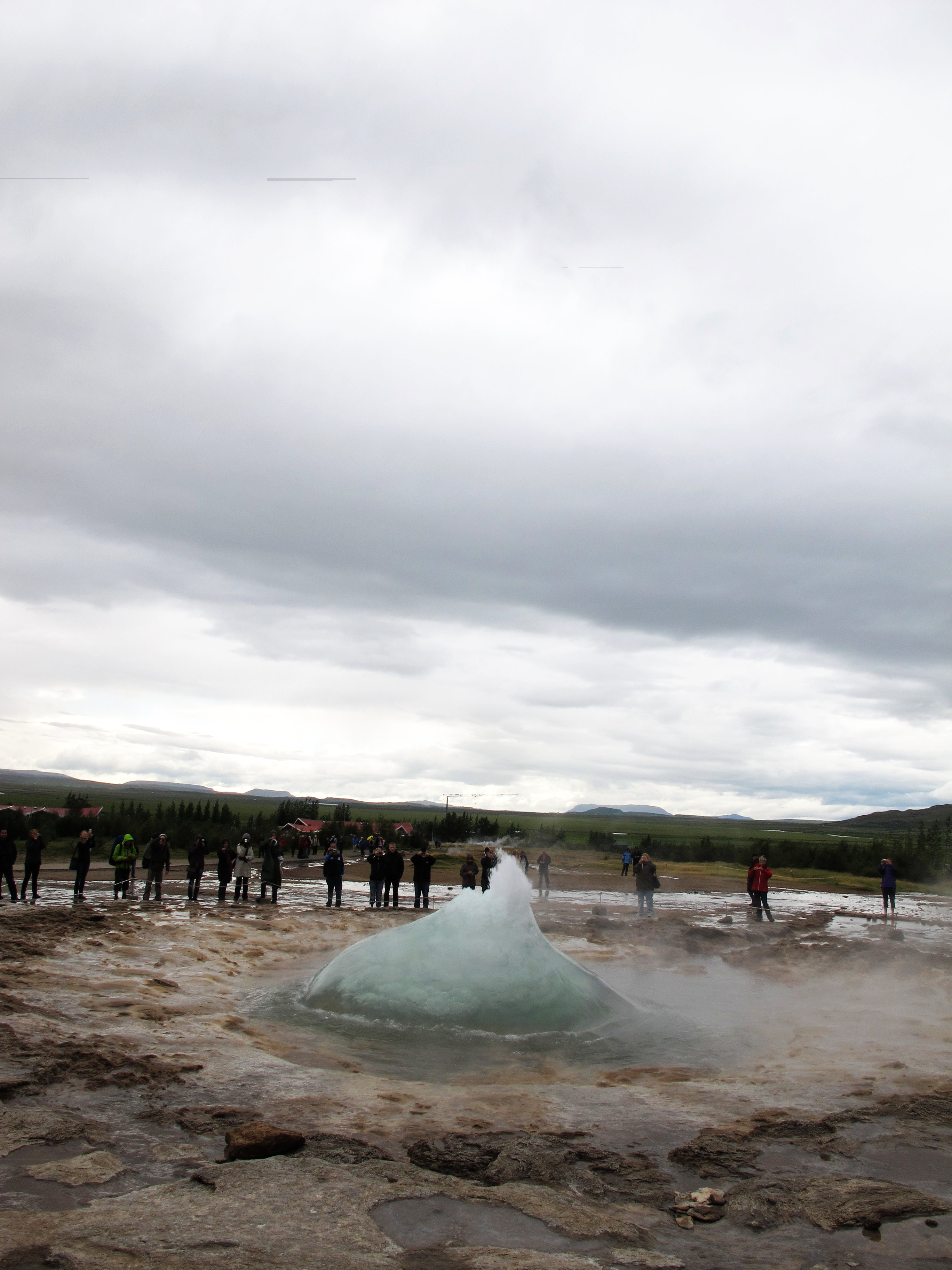 . . . and then blowing its top (several minutes elapsed between the third and fourth photographs). 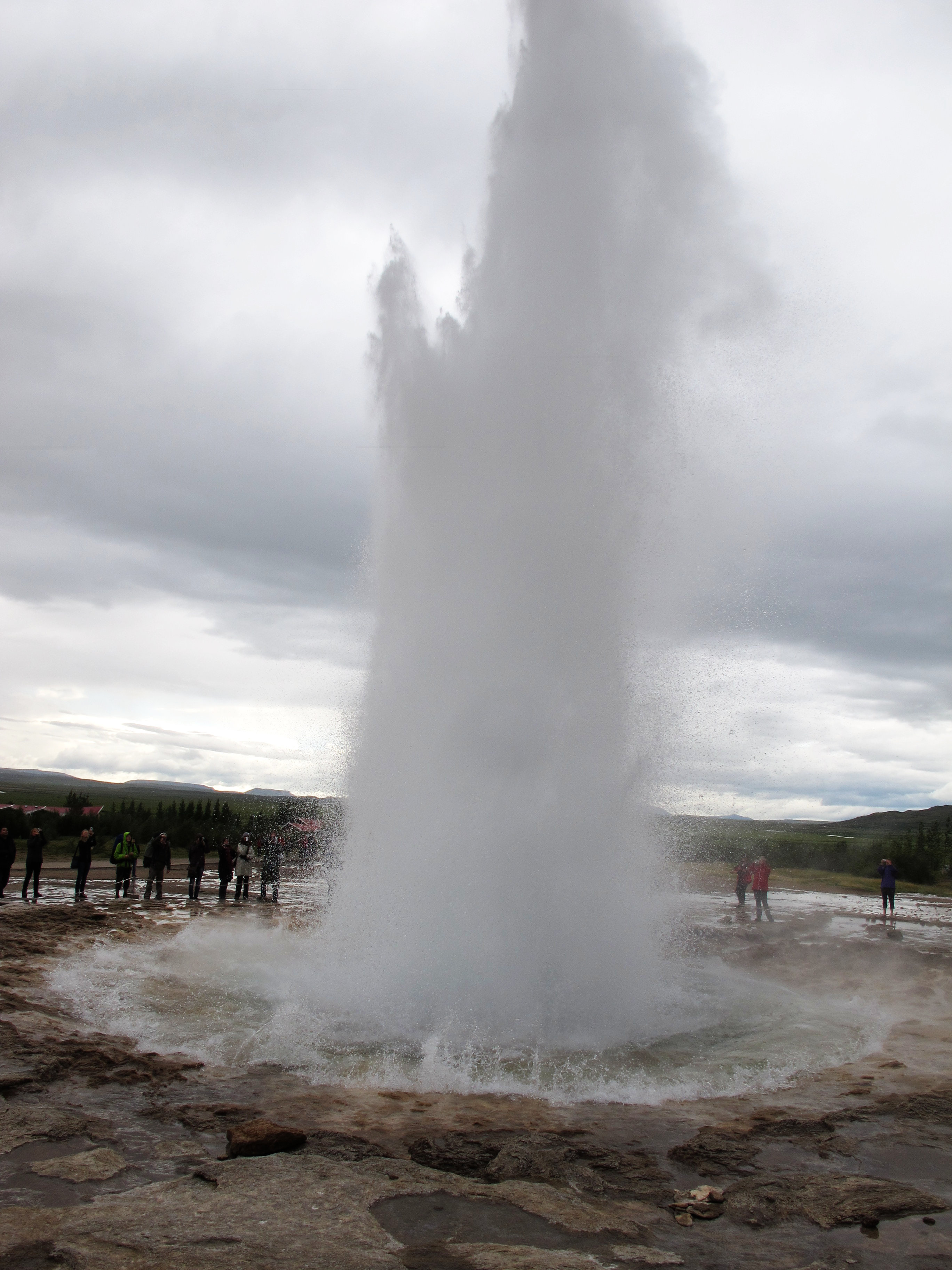 The following picture was exposed (from the opposite side) a few minutes before the sequence and illustrates the height of the blast – around 15 m, which is on the low side according to Wikipedia. 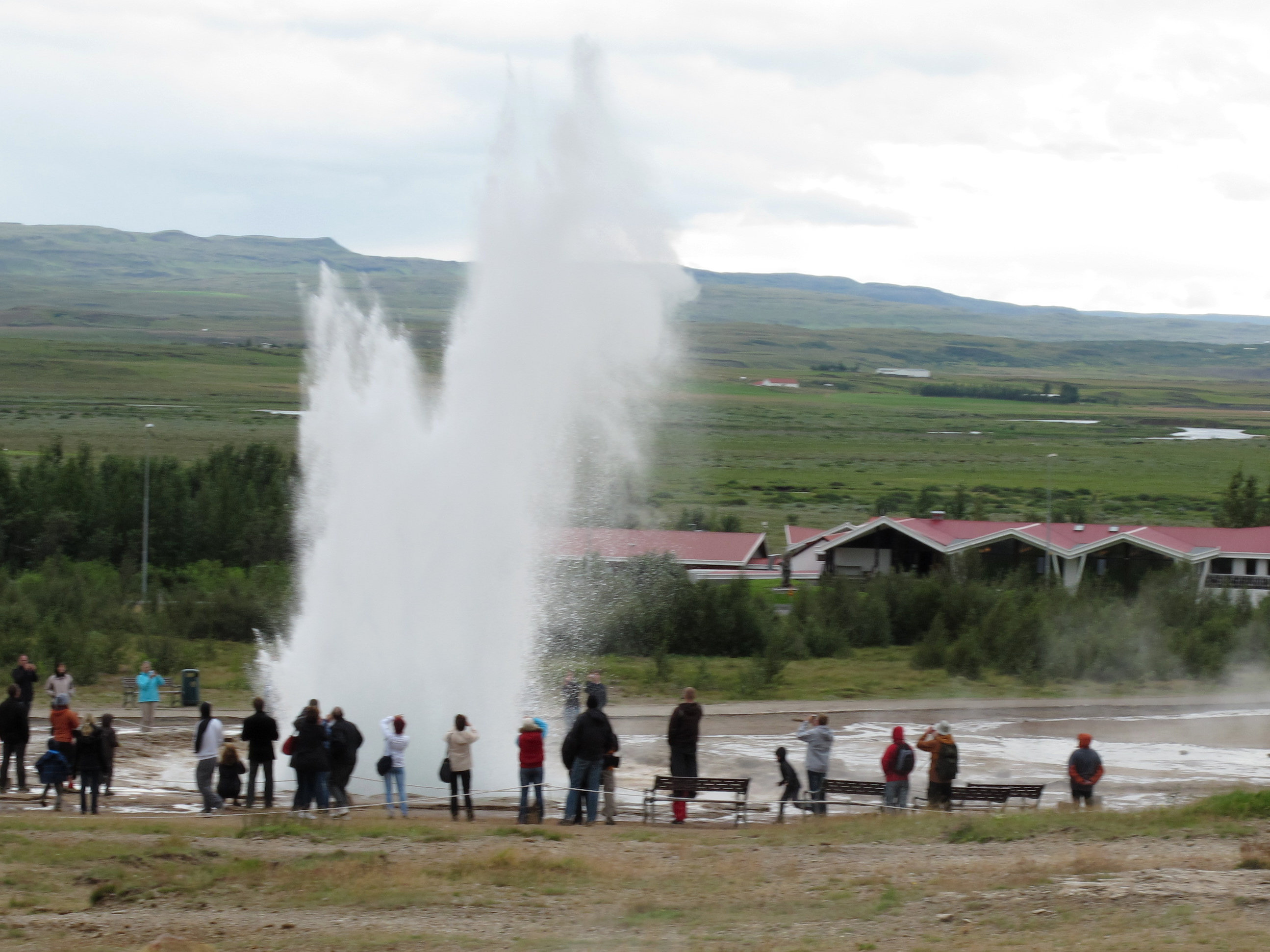 Finally, for good measure, a different kind of eruption. The rock (upper left corner) was provided by my grandson Toby Shannon in 2013, when he was 9. It took a lotta rocks to get that sequence. Walden Ponds, Boulder, Colorado, Canon PowerShot SX280. 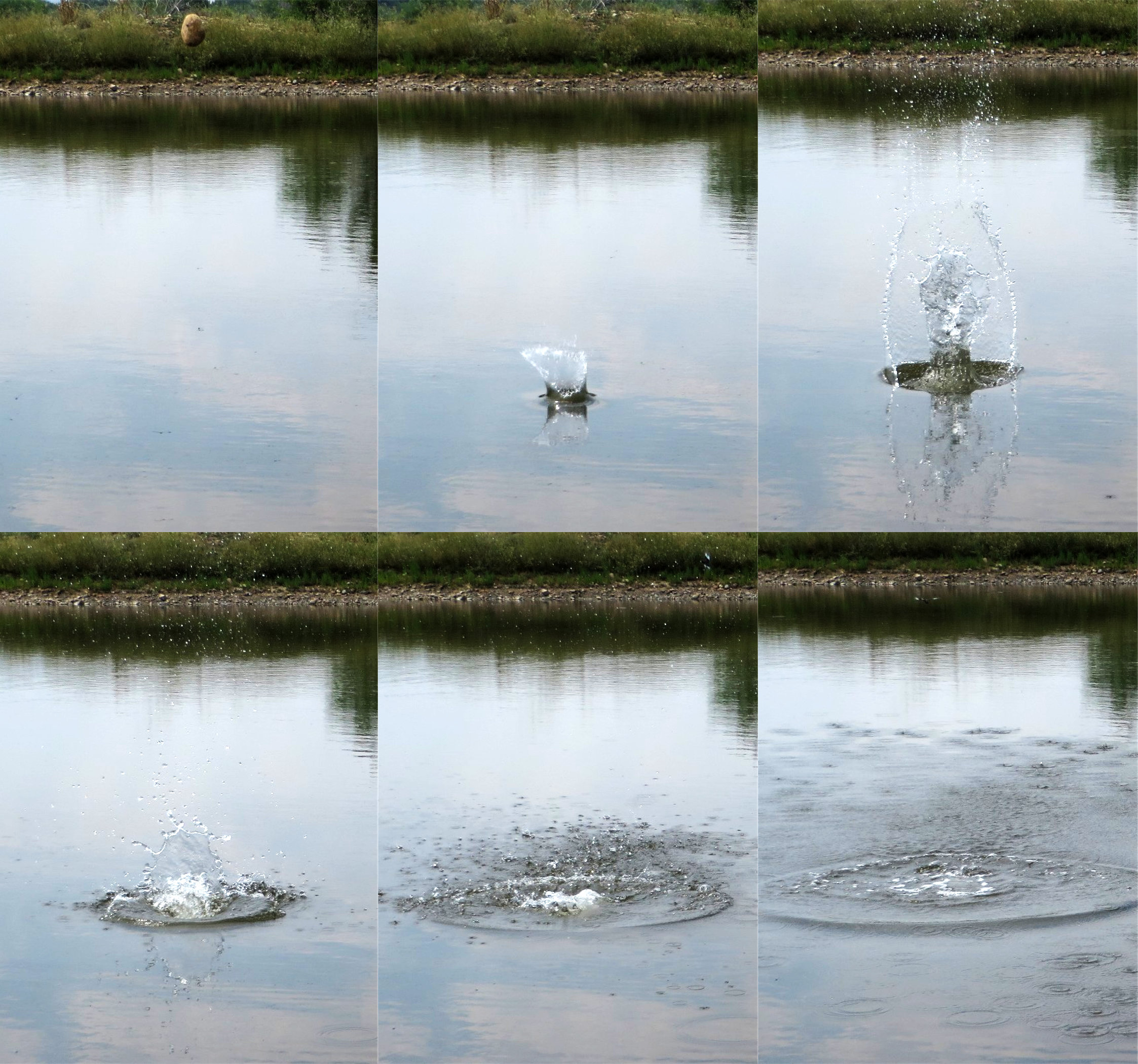 A geyser is a rare kind of hot spring that is under pressure and erupts, sending jets of water and steam into the air.

Geysers are made from a tube-like hole in the Earth’s surface that runs deep into the crust. The tube is filled with water. Near the bottom of the tube is molten rock called magma, which heats the water in the tube.

Water in the lower part of the tube, close to the magma, becomes superhot. Gradually, it begins to boil. Some of the water is forced upward. The boiling water begins to steam, or turn to gas. The steam jets toward the surface. Its powerful jet of steam ejects the column of water above it. The water rushes through the tube and into the air.

The eruption will continue until all the water is forced out of the tube, or until the temperature inside the geyser drops below boiling (100 degrees Celsius, or 212 degrees Fahrenheit, at sea level).

After the eruption, water slowly seeps back into the tube. The process begins again. In some small geysers, the eruption process can take just a few minutes. In larger geysers, it can take days. The most famous geyser in the United States, Yellowstone National Park’s Old Faithful, erupts about every 50-100 minutes.

And here’s an eruption of Steamboat Geyer in Yellowstone, currently the tallest geyser in the world. The eruptions can last up to 40 minutes, spewing a column of water 300 feet into the air: