I’ve been kvetching about the lack of a cat in the White House for the entire year that Biden has been in office, after he and Jill promised—even before inauguration that they’d get a First Cat. But then time passed, and though my beefing continued, the Bidens didn’t listen.

Well, it’s come true—as I heard from a dozen readers, all of whom knew I’d want to know this immediately. Actually, this news is of such import that today it’s replacing the readers’ wildlife feature. (BTW, I need more photos!)

Here are two headlines about the moggy; click on either to read the happy tidings.

And the New York Times:

It’s a female tabby named Willow. Granted, the name isn’t perfect, but it’s a CAT! (I thought that maybe Biden could work out a deal with Kyrsten Sinema by naming the cat “Kyrsten.”)

In the White House!: 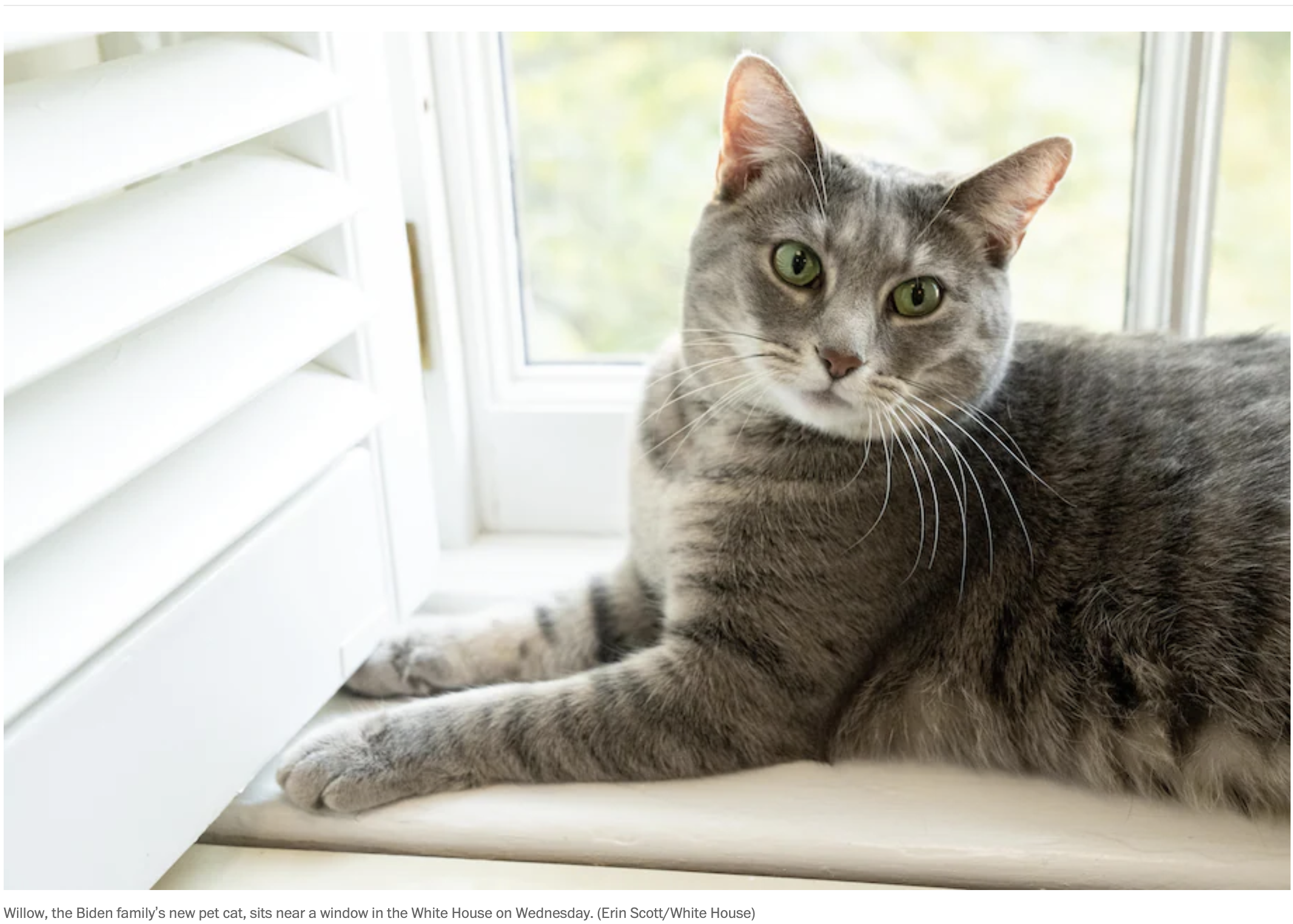 The backstory is nice, too. From the WaPo:

Willow is named after Jill Biden’s hometown of Willow Grove, Pa. The cat comes from an unnamed Western Pennsylvania farm where the Bidens made a campaign trip in 2020.

“Willow made quite an impression on Dr. Biden in 2020 when she jumped up on the stage and interrupted her remarks during a campaign stop,” wrote LaRosa in a news release. “Seeing their immediate bond, the owner of the farm knew that Willow belonged with Dr. Biden.”

Willow will be the first cat to live in the White House since President George W. Bush’s cat, India, in 2009 — and one of only a dozen feline inhabitants in the entire history of 1600 Pennsylvania Avenue.

Andrew Hager, historian for the online Presidential Pet Museum, attributes the disparity to personality — both the presidents’ and the cats’. Presidents tend to be extroverted, a trait they share with dogs, which have been the most popular presidential pet by far. [JAC: This shows that Presidents love sycophants. Trump would never have a cat.] 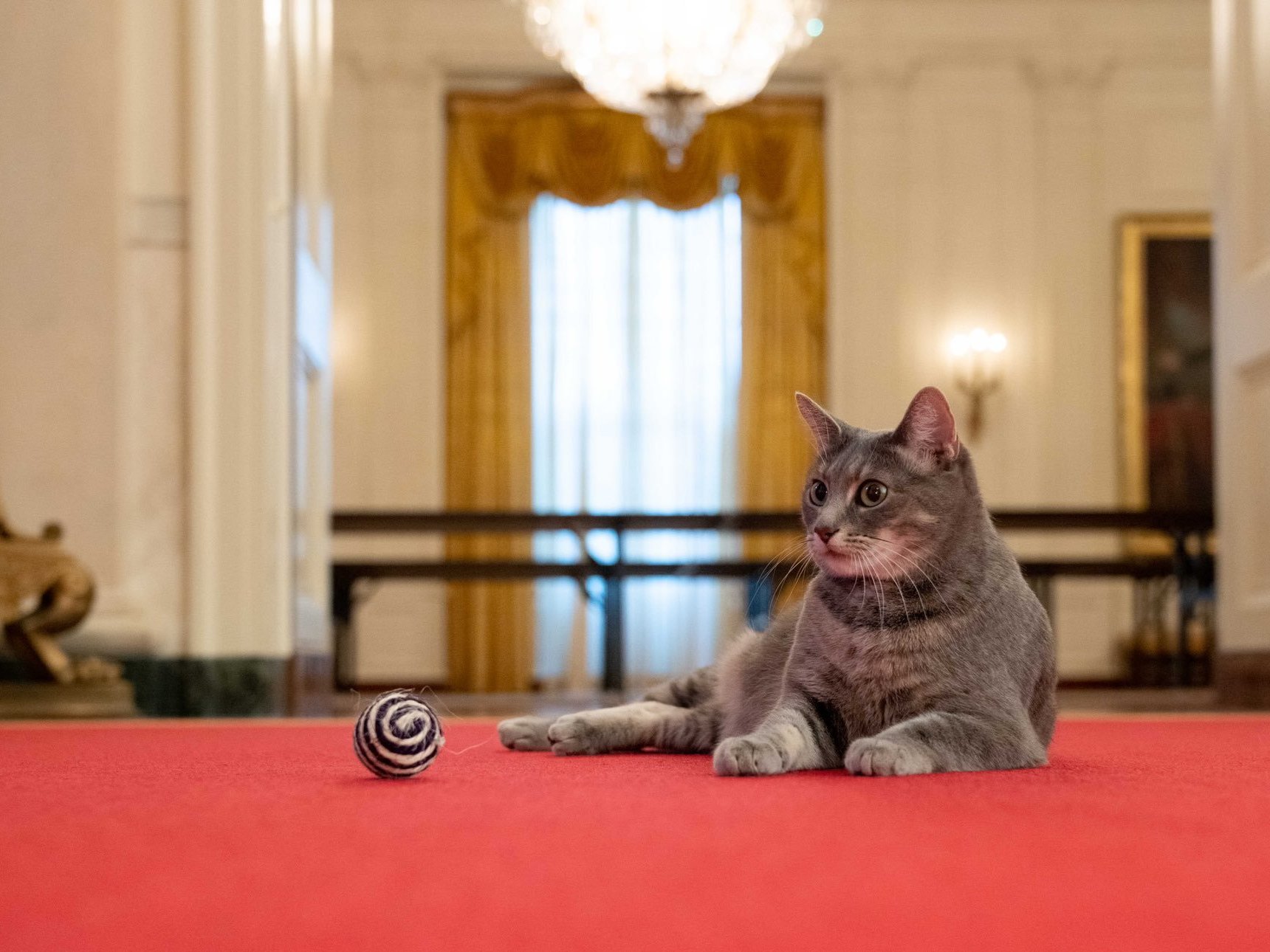 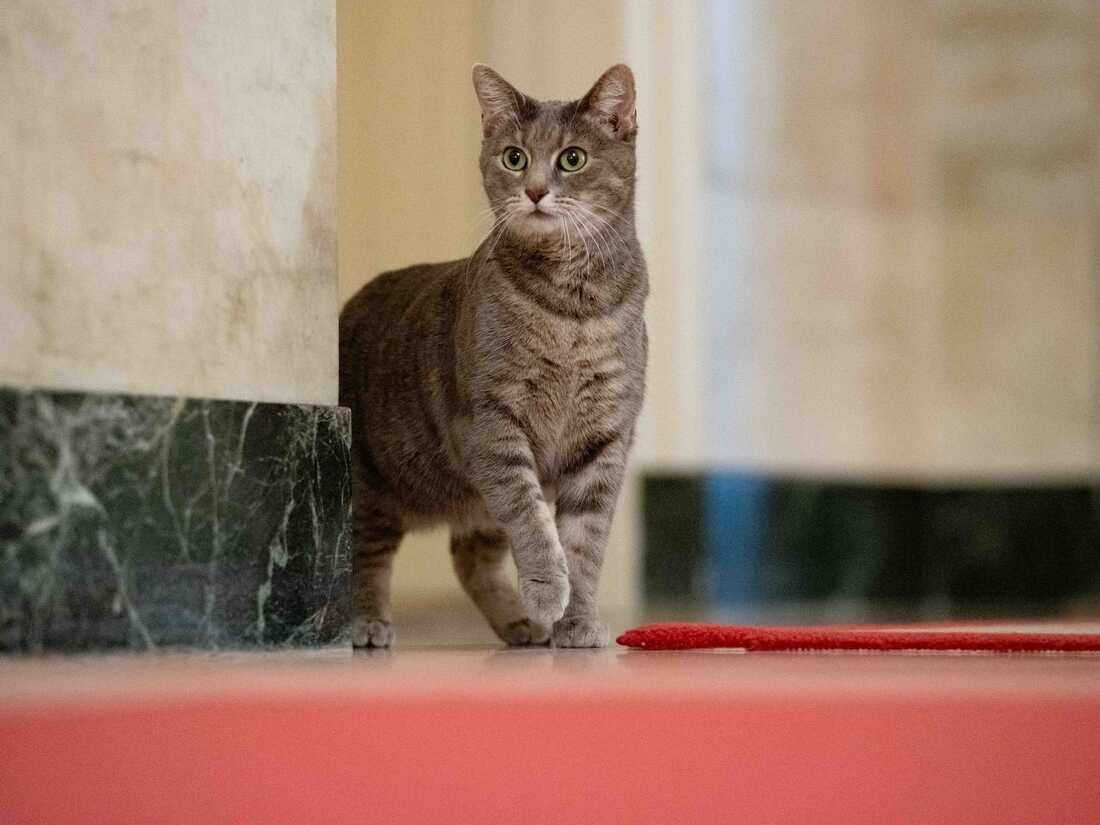 And from the NYT:

The cat’s arrival was much anticipated after Dr. Biden casually mentioned in a November 2020 interview that she’d love to have a cat in the White House, and later lightheartedly suggested that the animal was “waiting in the wings.” To feline fans everywhere, this might as well have been a blood oath that a cat would soon be revealed.

For more than a year, Jen Psaki, the White House press secretary, was peppered with questions about the administration’s cat policy by reporters and other interested parties. She seemed aware of the stakes behind the cat’s public rollout.

“I’m also wondering about the cat,” she said during a question-and-answer session with Twitter users last January, “because the cat is going to dominate the internet.”

On Wednesday, Willow, a shorthair tabby with jade-green eyes, formally moved into the White House, just over a month after the Bidens revealed that they had added Commander, a German shepherd puppy, to the mix. Dr. Biden said in an interview with The New York Times this fall that the cat had been living with a foster parent who had grown attached.

And I like the choice of a regular tabby. It’s a Middle American cat, not some hoity-toity purebred that would send a signal of elitism.

I hope the press peppers the aposematic Psaki with even more questions, for she’s clearly afraid of losing the limelight!

As a cynic, I suspected that Joe did this to prop up his sinking approval ratings, but since the cat was procured by Jill Biden, I am reassured. I just hope Uncle Joe doesn’t trip over it!

h/t to everyone who sent me the news, too many to name!

17 thoughts on “Have you heard the good news? THE BIDENS FINALLY GOT A CAT!”