Reader Edward called my attention to a new video by Dr. Francesca Stavrakopoulou, Professor of Hebrew Bible and Ancient Religion at the University of Exeter with a specialty in the Old Testament (but she knows her Jesus, too). She’s my favorite Biblical scholar because she’s an out-and-out atheist and a strong skeptic, not accepting much of the Old Testament as true. As Wikipedia notes of her:

The main focus of Stavrakopoulou’s research is on the Hebrew bible, and on Israelite and Judahite history and religion.Stavrakopoulou supports the academic consensus that important figures in the Hebrew bible were not historical figures as represented in that text.[ She has further stated that she believes “very little, probably” of the Hebrew bible is historical fact, based on the arguments that ancient writers had an understanding of “fact” and “fiction” very different from a modern understanding, and that the Hebrew bible “wasn’t written to be a factual account of the past”; she concludes, saying she does not believe accounts of Moses and King David in the Hebrew bible to be factual, and that “as an historian of the bible, I think there is very little that is factual”. In her 2021 book, God: An Anatomy, Stavrakopoulou “presents a vividly corporeal image of God: a human-shaped deity who walks and talks and weeps and laughs, who eats, sleeps, feels, and breathes, and who is undeniably male. Here is a portrait–arrived at through the author’s close examination of and research into the Bible–of a god in ancient myths and rituals who was a product of a particular society, at a particular time, made in the image of the people who lived then, shaped by their own circumstances and experience of the world”. This book has been described by John Barton as showing that the non-corporeal God of Judaism and Christianity “was not yet so in the Bible, where God appears in a much more corporeal form”.

I bow deeply to Dr. Stavrakopoulou in Biblical expertise, but I’m wondering how she knows for sure that “the Bible wasn’t written to be a factual account of the past.”  I’ll grant that it is fictional, but then why did Church fathers like Augustine the Hippo, Aquinas, and many others take both the Old and New Testaments literally? Were they unaware why the Bible was written? (Granted, some of these theologians saw both a metaphorical and literal meaning of Scripture, but the literal meaning was always there.)

That aside, Dr. Stav (pardon the shortening, but it’s laborious to write her whole name) is discussing her new book and Biblical worldview in this video with Andrew Copson, Chief Executive of Humanists UK, an organization much less woke than the American Humanist Association. Her book, which comes out in a week in the U.S., is called God: An Anatomy , and got good reviews in the UK. 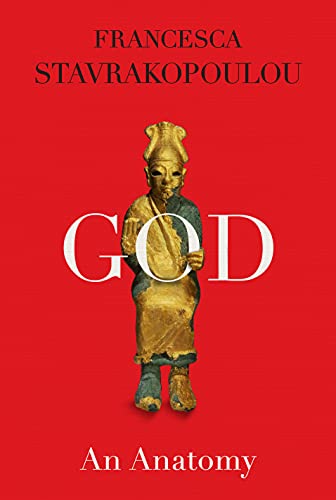 I could describe the high points, but I think the whole video worth watching, for you’ll see somebody the addressing the Bible as a work of historical fiction. She also has an engaging style of speaking, why is why she often appears on British t.v. and did a 3-part BBC special that you can find, in bits, on YouTube.

She describes the story of Job as as “God screwing over Job for no reason” (true!), and my favorite bit of chat is at 8:40: “Christianity in particular has done a tremendous job of trying to pretend that there a triune God and that God is one and then three at the same time—what a scam!” How refreshing is that? I wonder if her students are flummoxed when they take her classes and learn that they’re being taught by a total nonbeliever.

As similar nonbelievers, it’s our job to know more about religion than believers themselves, for you can always best them by knowing your Scripture. If you haven’t read the Bible—painful as it is—do it. And read Dr. Stav’s book.

Remember that stupid ‘research’ about the ‘real’ event shaping the biblical story of Sodom? Here’s why arse-about-face rubbish like that is not only problematic, but damaging 👇

When Biblically Inspired Pseudoscience and Clickbait Cause Looting – SAPIENS https://t.co/wqEJKheqD3

12 thoughts on “Francesca Stavrakopoulou on her new book about God”