Today we have some nice raptor photos from Alan Clark in Liverpool.  His captions are indented, and you can enlarge the fearsome bird pictures by clicking on them. TRIGGER WARNING: Predation!

Here are some more photos for your Wildlife Photos section. The birds were all photographed at a recent photo shoot organised by a local Nature photography group, with birds provided by a falconer.

Peregrine falcon, Falco peregrinus. This species is widespread on all the unfrozen continents. It became endangered in some places because of the use of DDT, but has now recovered well. It has been used in falconry for over 3000 years, and is the fastest bird in the world, having been reportedly measured at 389kph/242mph in a dive. 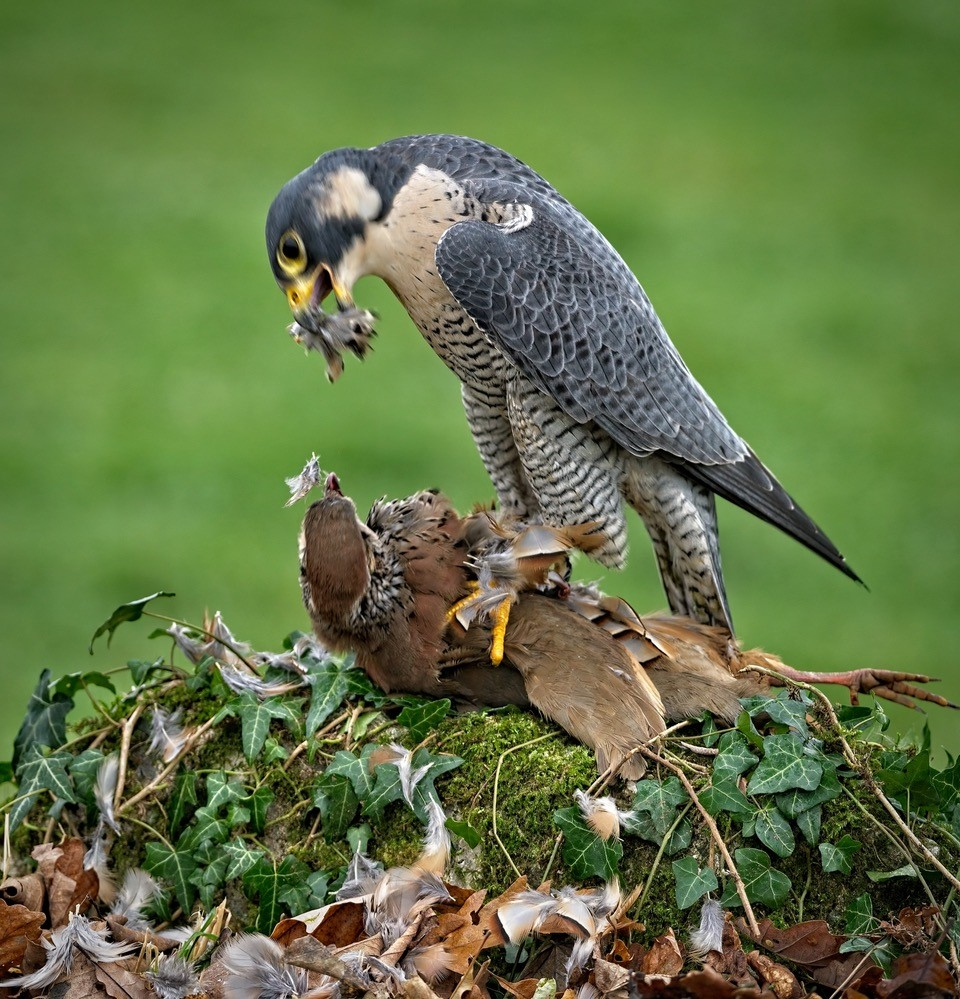 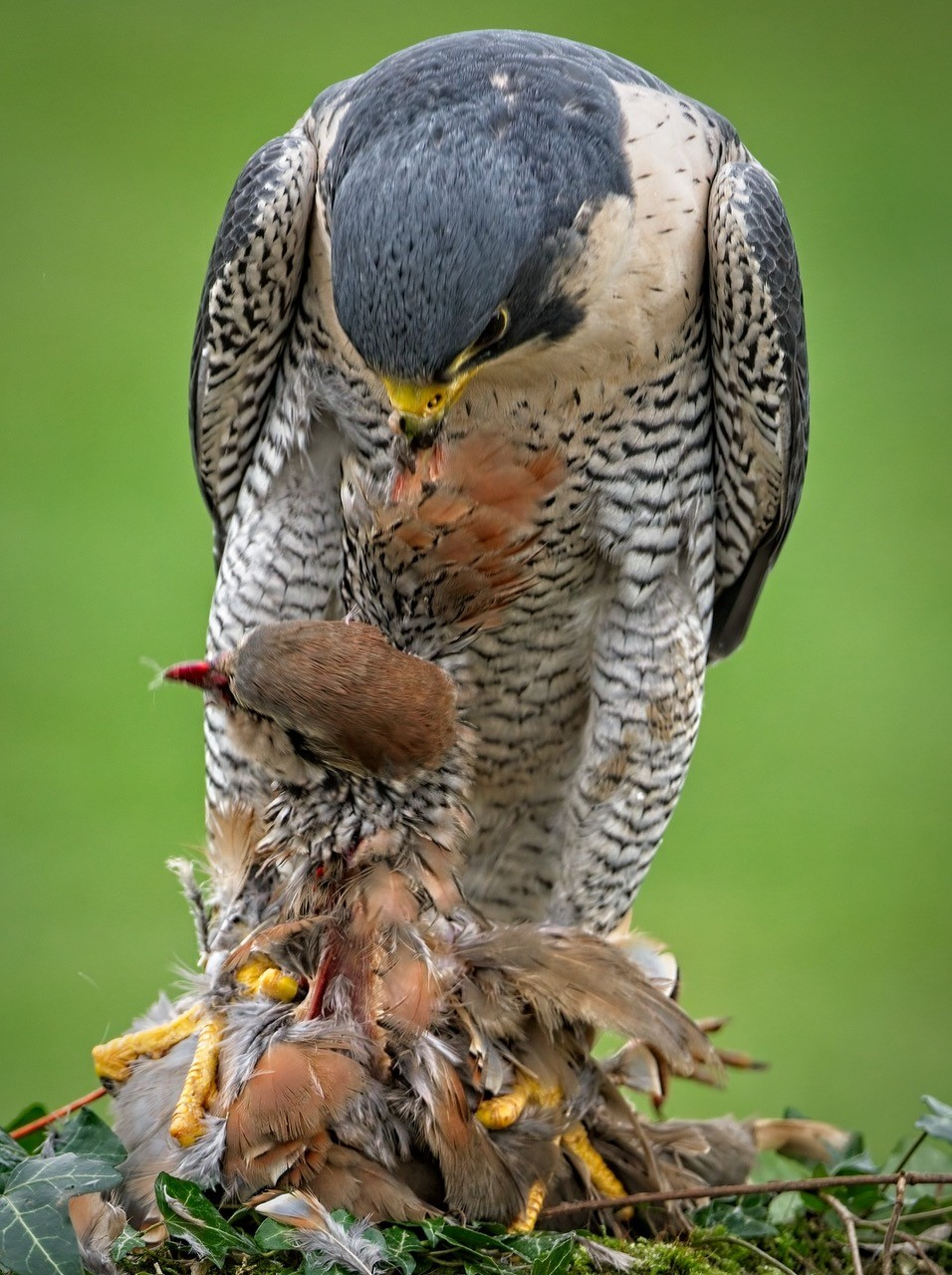 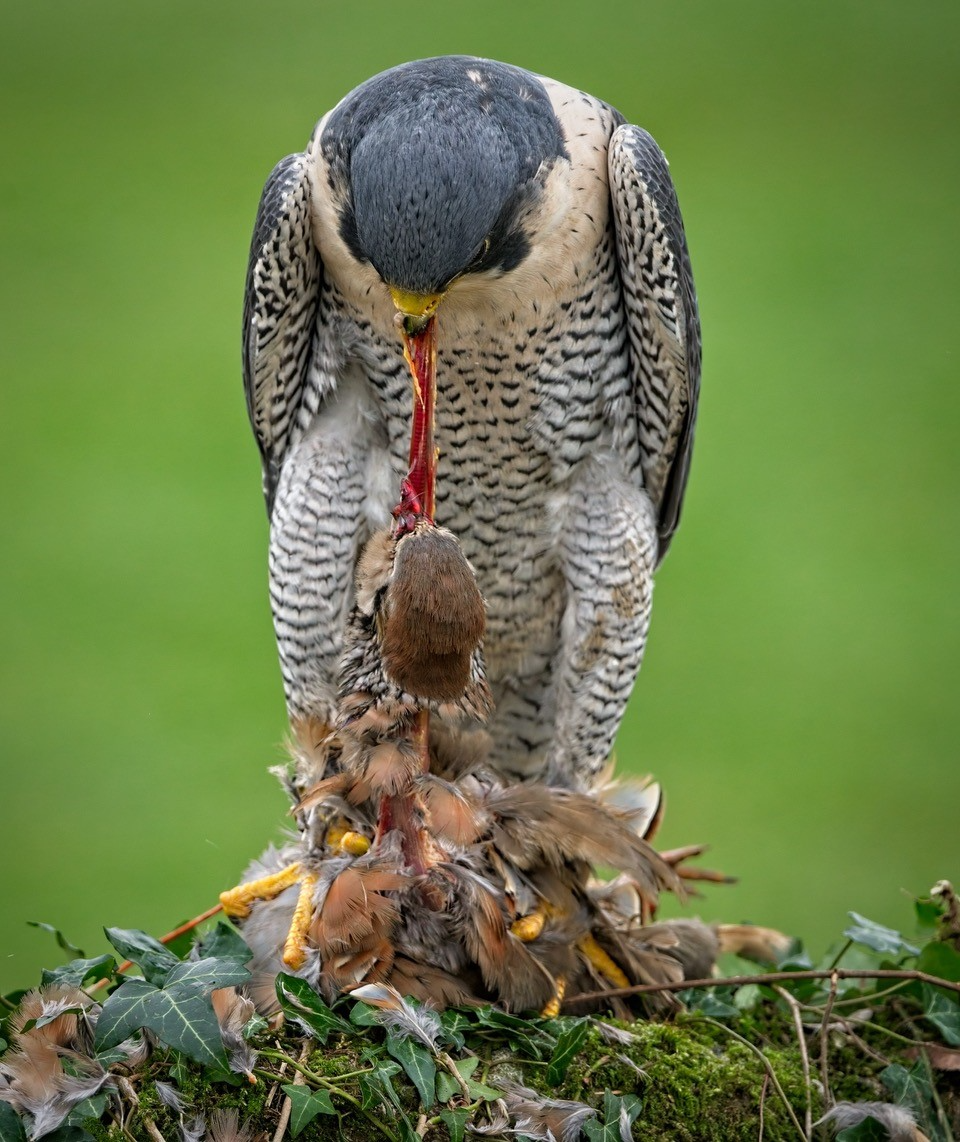 Northern Goshawk, Accipiter gentilis. Widespread in the Northern hemisphere. The name means Goose hawk, as it is able to catch large species of birds. 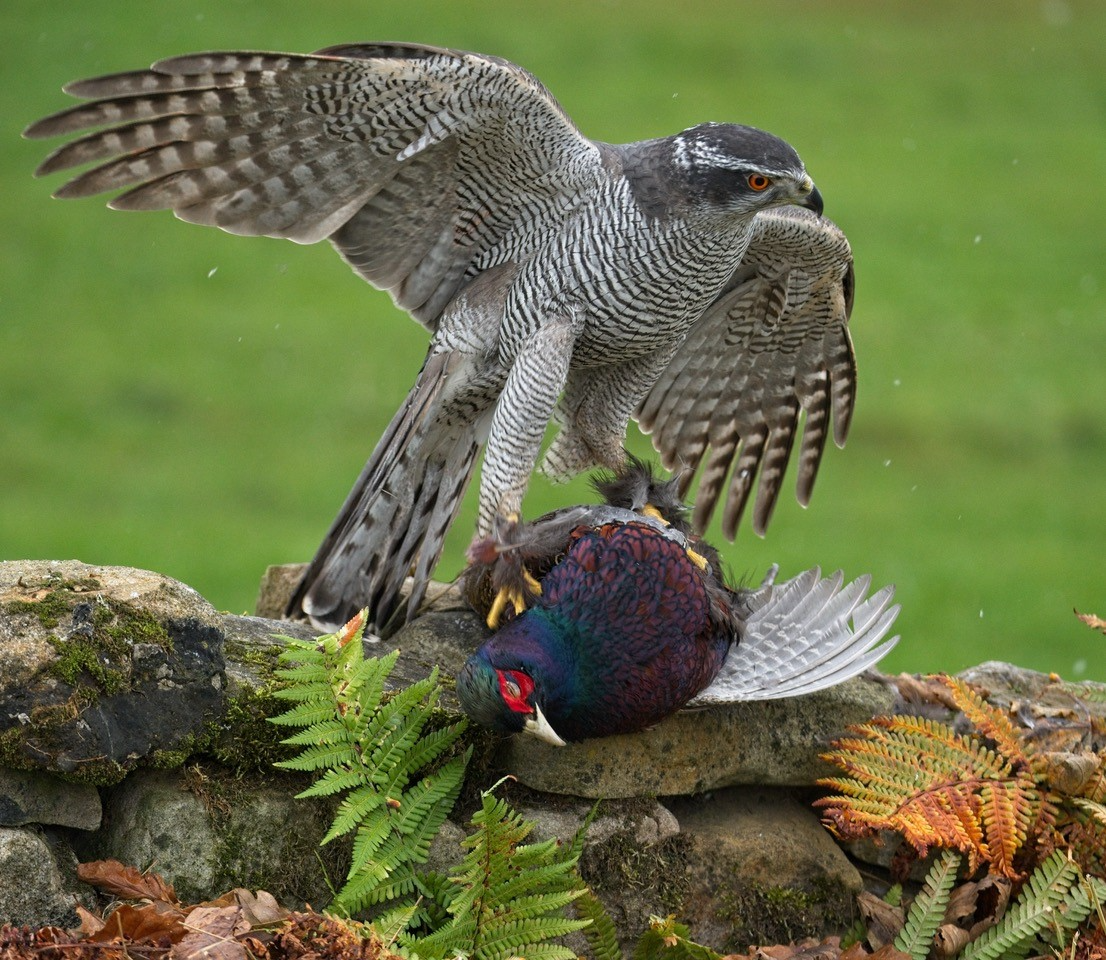 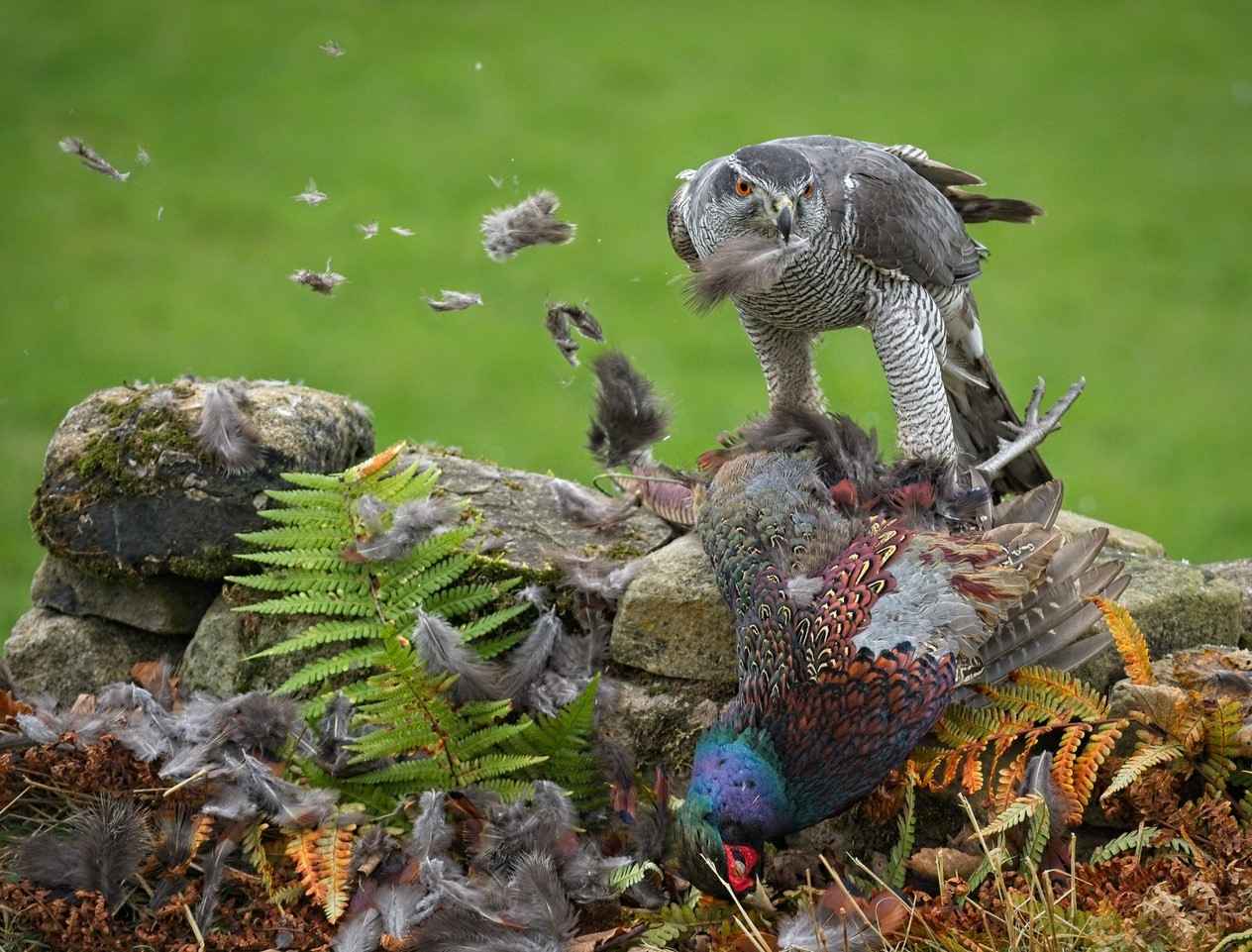 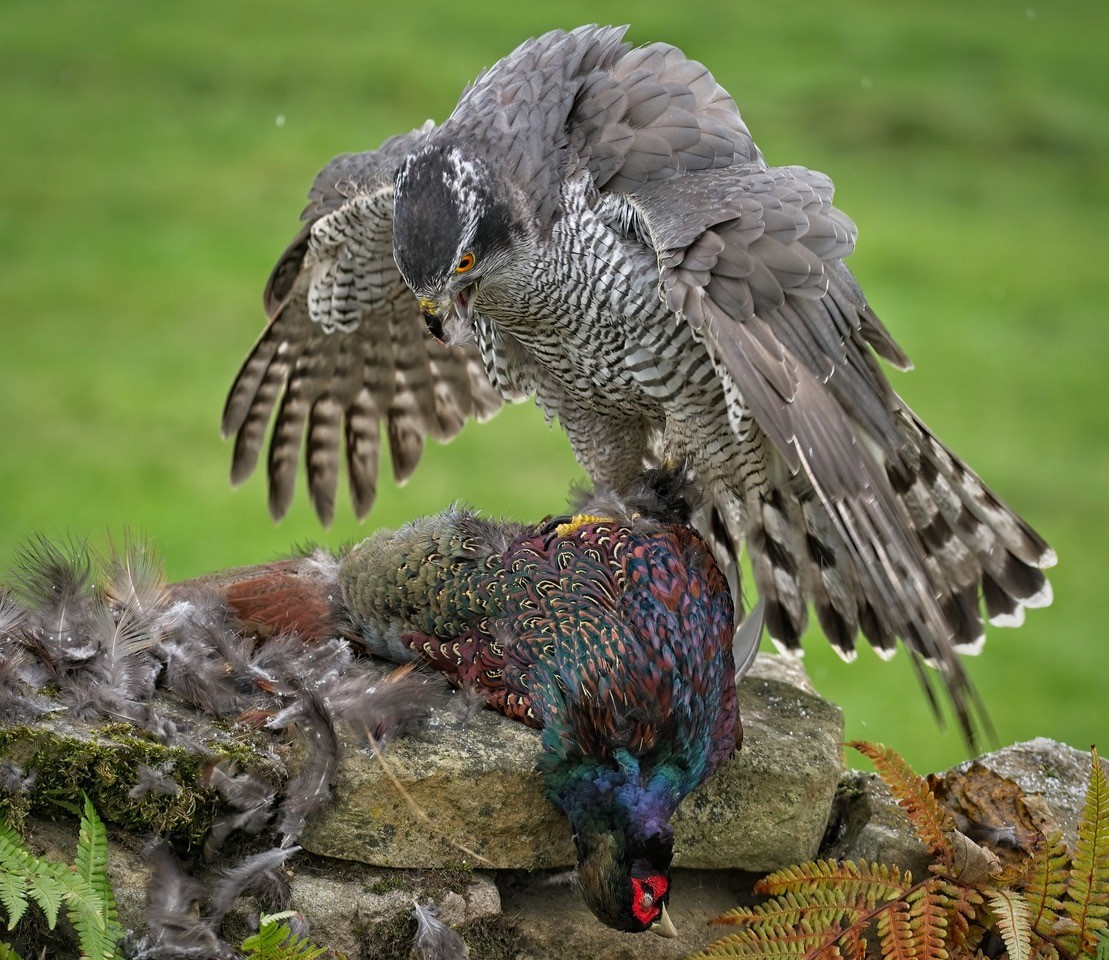 Eurasian Sparrowhawk, Accipiter nisus. The same genus as the Goshawk, but a much smaller species. Found in much of the Old World North of the Equator. It is often seen in gardens. At one time in England it was thought that Cuckoos changed into Sparrowhawks in Winter. 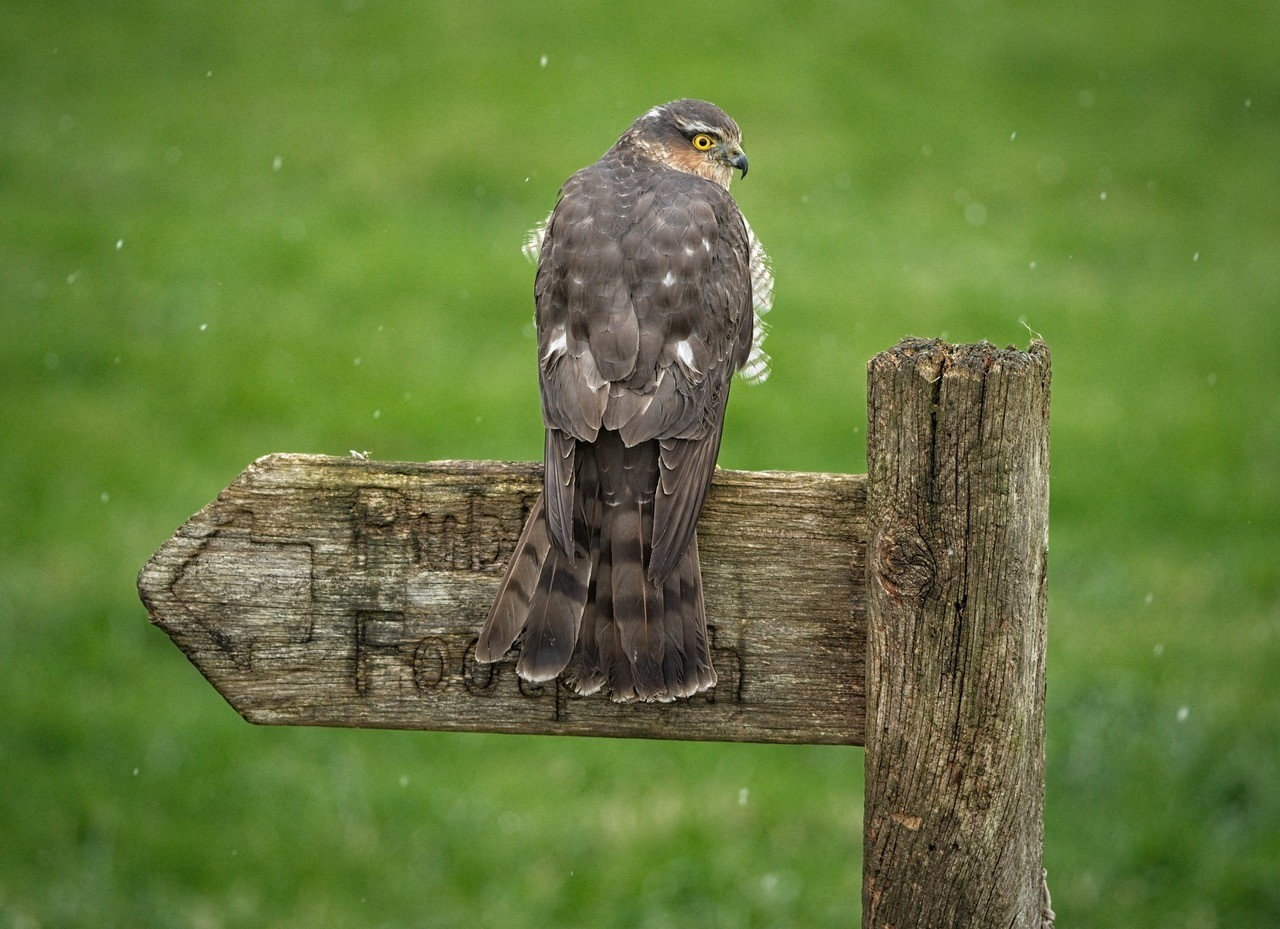 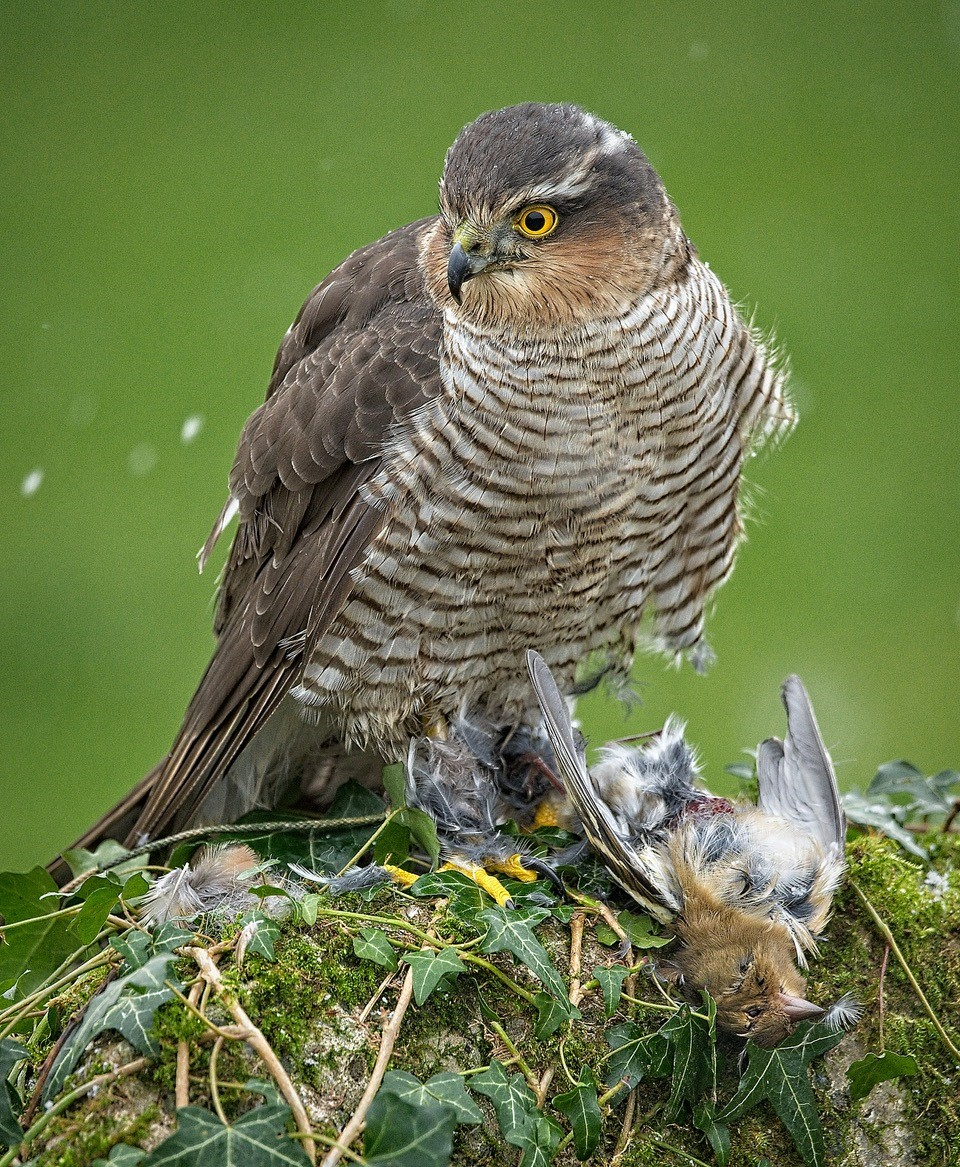 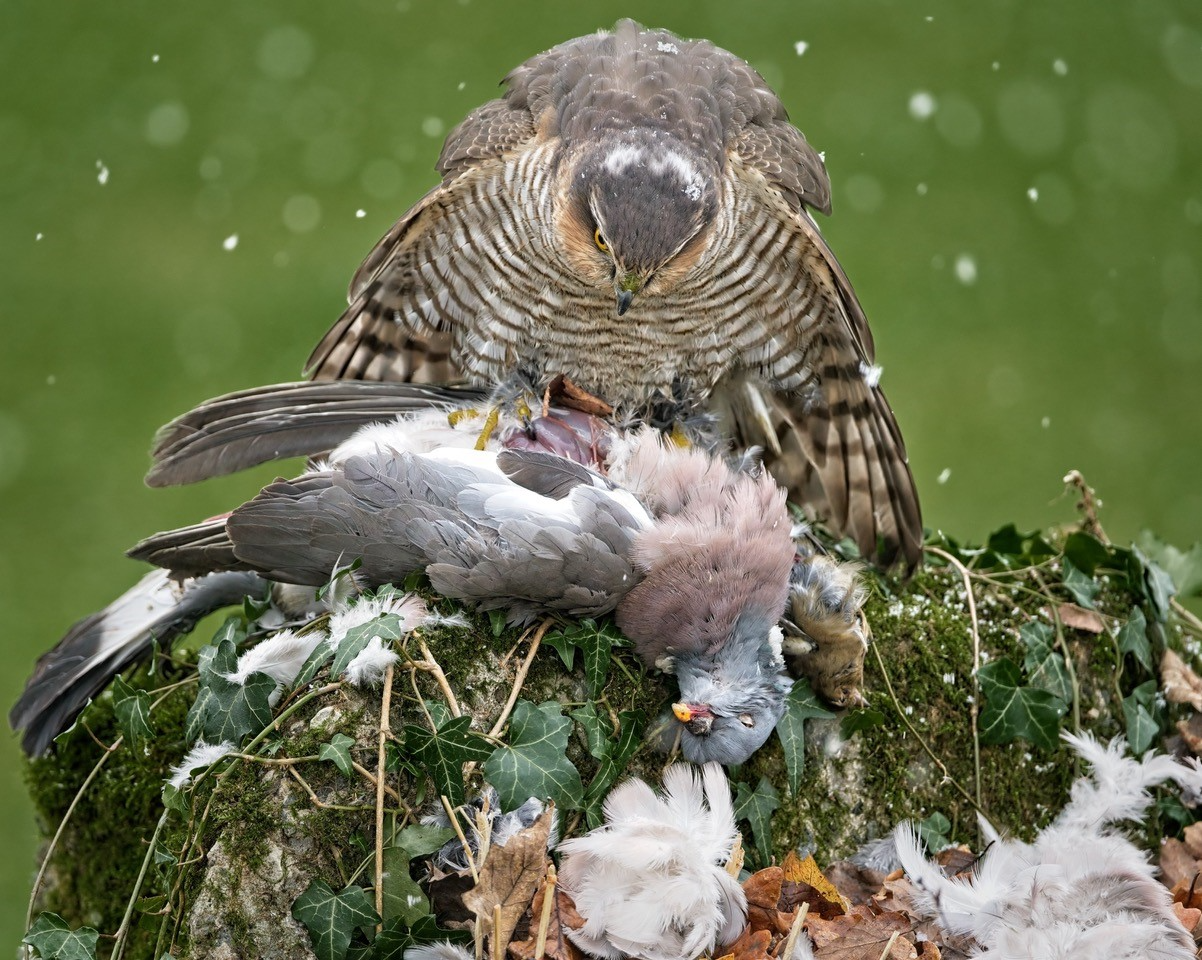 Eurasian Eagle-Owl, Bubo bubo. Mostly nocturnal. This bird weighs 5 pounds and has a wingspan of 6ft. 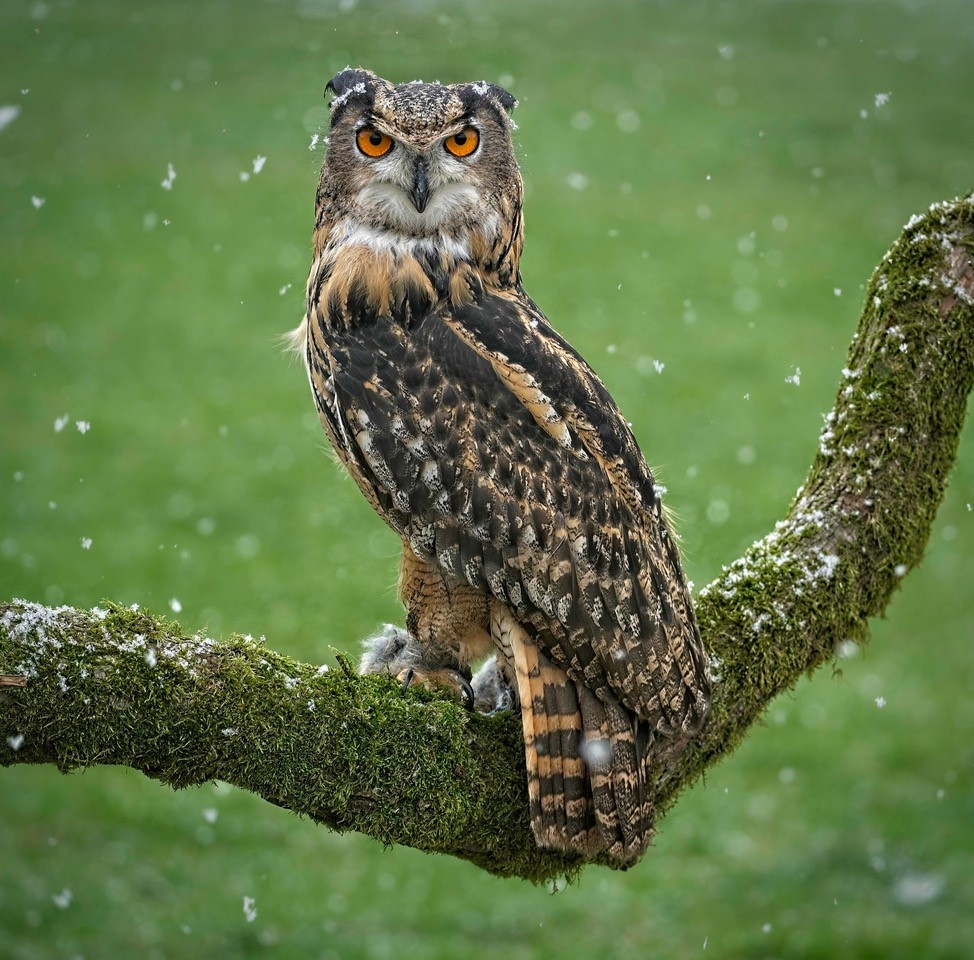 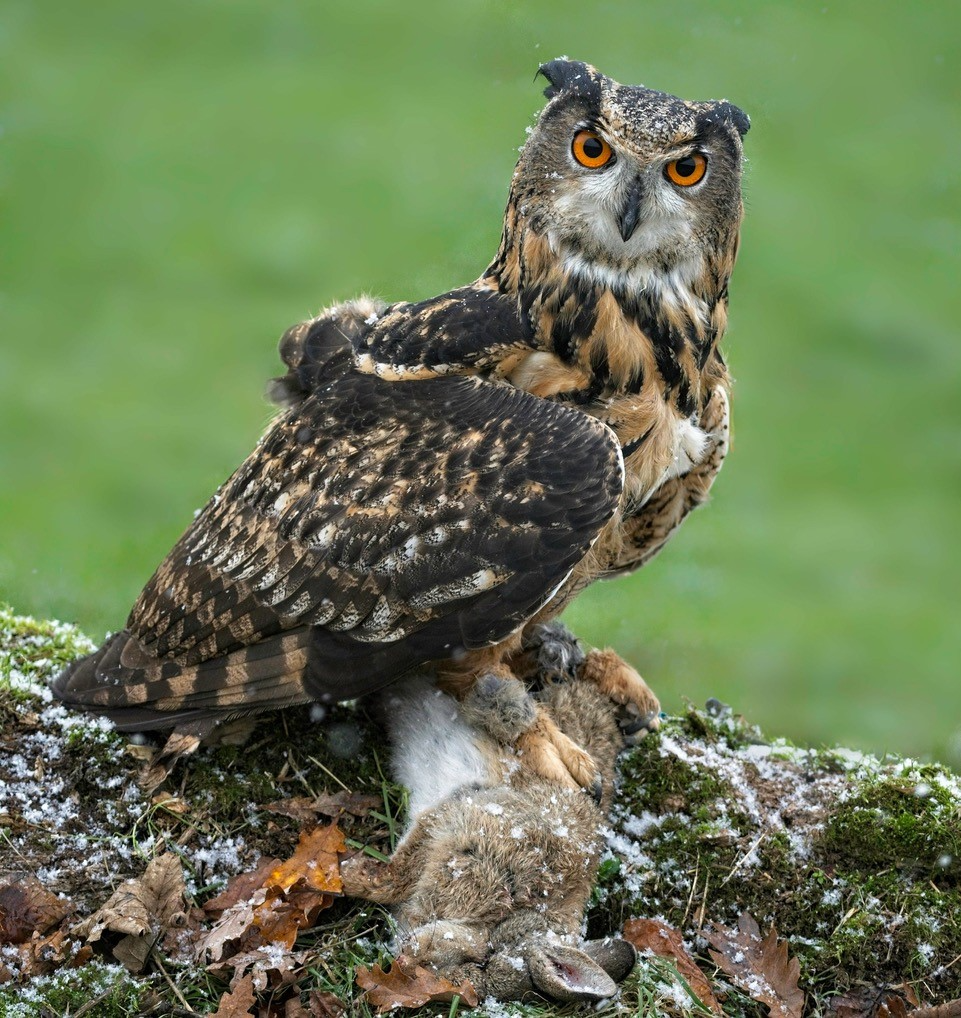 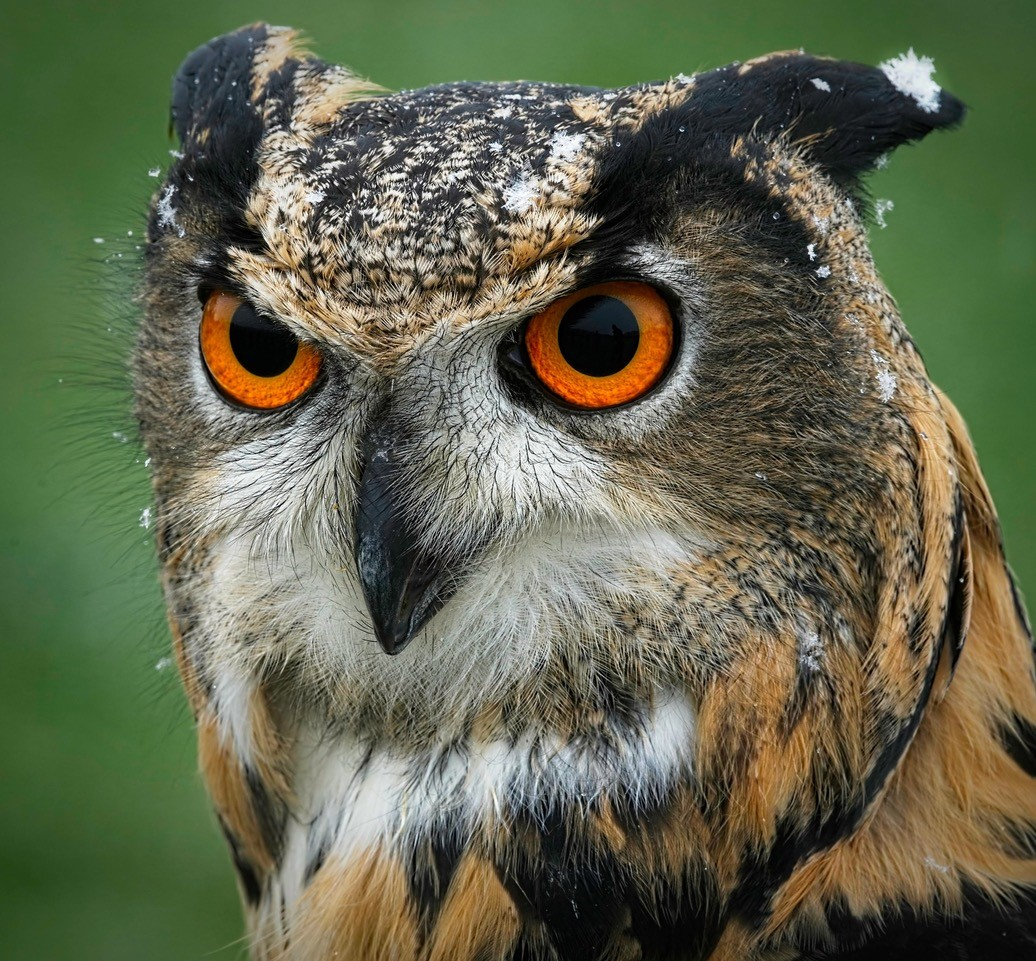