If you’re a night owl, you’ll want to watch the Moon tonight, especially around 1:00 a.m Eastern U.S. time, for there will be a rare near-total lunar eclipse of a full moon. Set your alarms now (I’ll be sleeping).

Space.com (here and here) reports the event and tells you how to watch it online if there are too many clouds in your area. It’s not only a big eclipse, with the Earth’s shadow covering 97% of the visible Moon, but also a LONG one: almost exactly 6 hours long. It’s also the longest partial lunar eclipse in 6 centuries!:

It will be the second lunar eclipse of 2021 and, in some ways, will be similar to the last one on May 26. Most North Americans will again need to get up early and look low in the west toward daybreak. And again, the farther west you are the better, as the moon will appear much higher from the western part of the continent as opposed to locations farther to the east. It will also be the longest partial lunar eclipse in 580 years, lasting just over 6 hours, with its pass through the darkest part of Earth’s shadow taking about 3 hours, 28 minutes and 23 seconds, and also the longest this century.

Here’s where it will be visible, including all the U.S., Canada, Central America, western South America, and Eastern Asia: 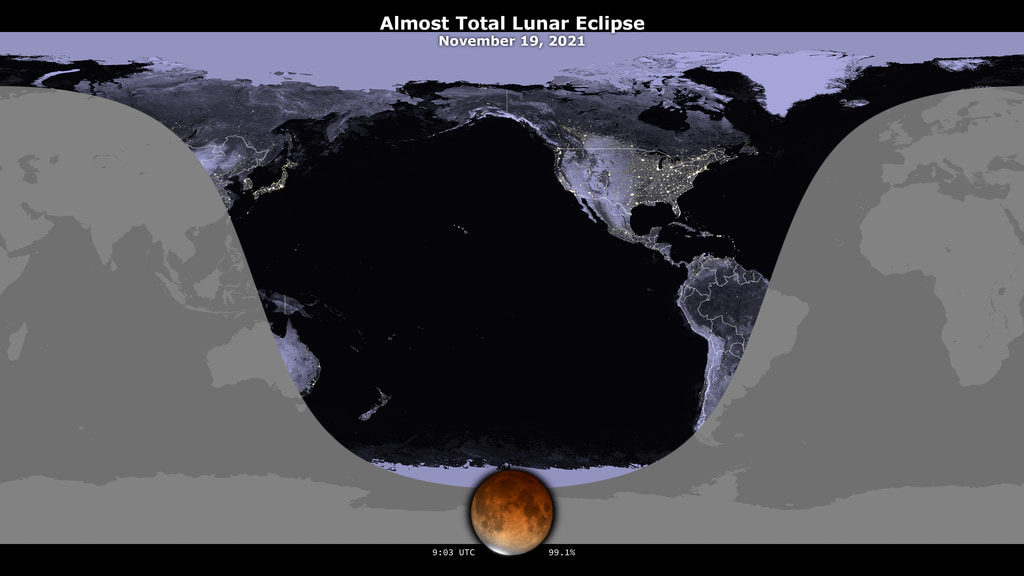 And a U.S. chart of the various phases: 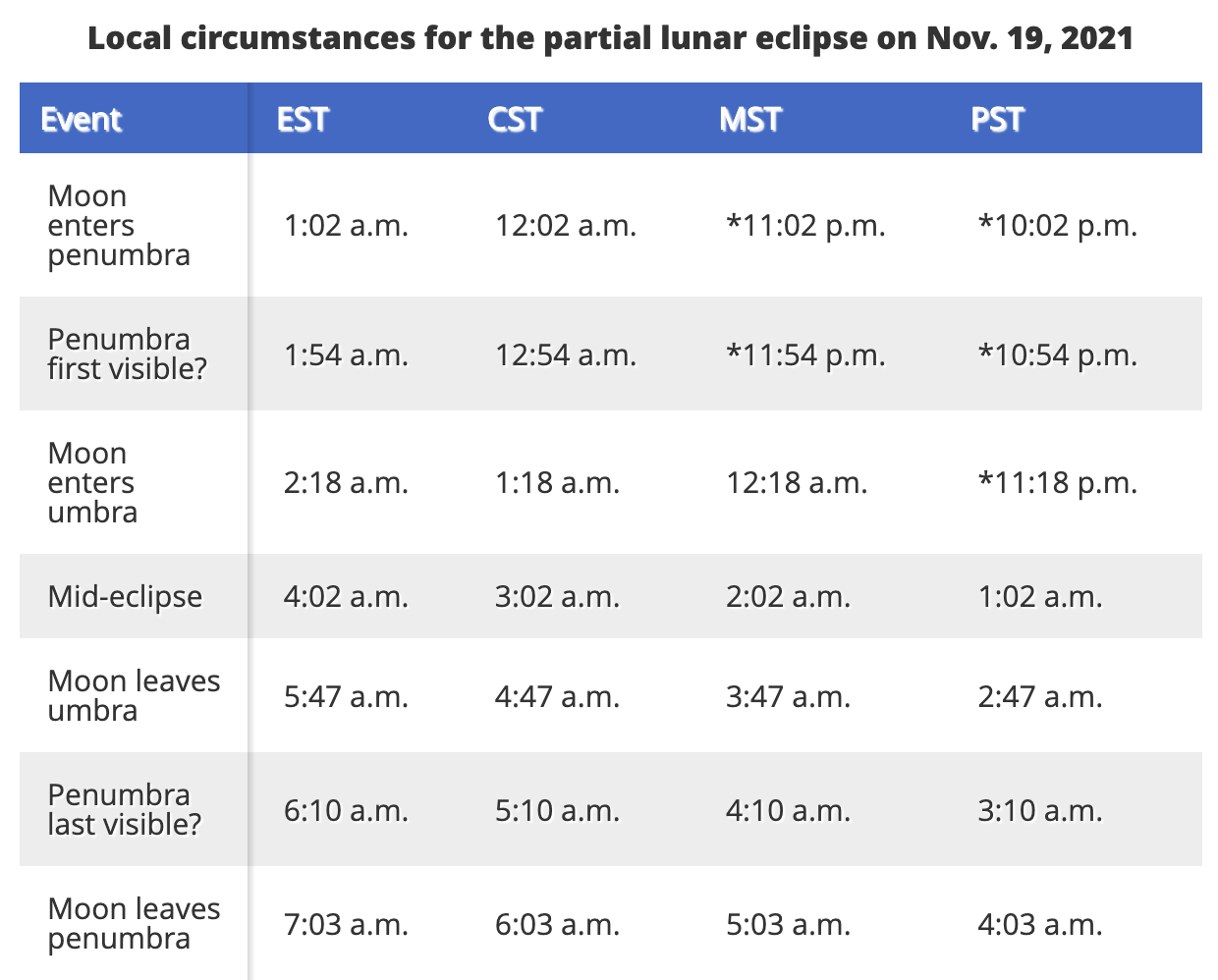 If it’s clear, I’ll get to see the tail end as I walk to work.

You may be wondering why they call this the “Beaver Moon” eclipse. The Washington Post says this:

At the time of the eclipse, the moon will be full. Some refer to the November full moon as the “beaver moon,” a name assigned by Native Americans when beavers were particularly active in preparation for winter and it was time to set traps, according to NASA.

If you want to watch it online, here are four sites:

The Astronomical Society of South Australiawill have broadcasts on YouTube or Facebook starting at 4:30 a.m. EST (0930 GMT or 7 p.m. local time).

And here’s an idea of how it will look (it won’t become invisible, just orange):

Here’s how the Lunar Eclipse will look on Nov 19 at key moments pic.twitter.com/SwJ6URnVTQ

4 thoughts on “A near total lunar eclipse tonight”