An edited resurrection today, while I am on holiday. It references a hadith.

Here’s the hadith indicated (one of the extra-Qur’anic “traditional” sayings of Muhammad):

If you so like, you may go to the camels of Sadaqa and drink their milk and urine. They did so and were all right. They then fell upon the shepherds and killed them and turned apostates from Islam and drove off the camels of the Prophet (ﷺ). This news reached Allah’s Apostle (ﷺ) and he sent (people) on their track and they were (brought) and handed over to him. He (the Holy Prophet) got their hands cut off, and their feet, and put out their eyes, and threw them on the stony ground until they died.

Truly the Prophet is infallible. 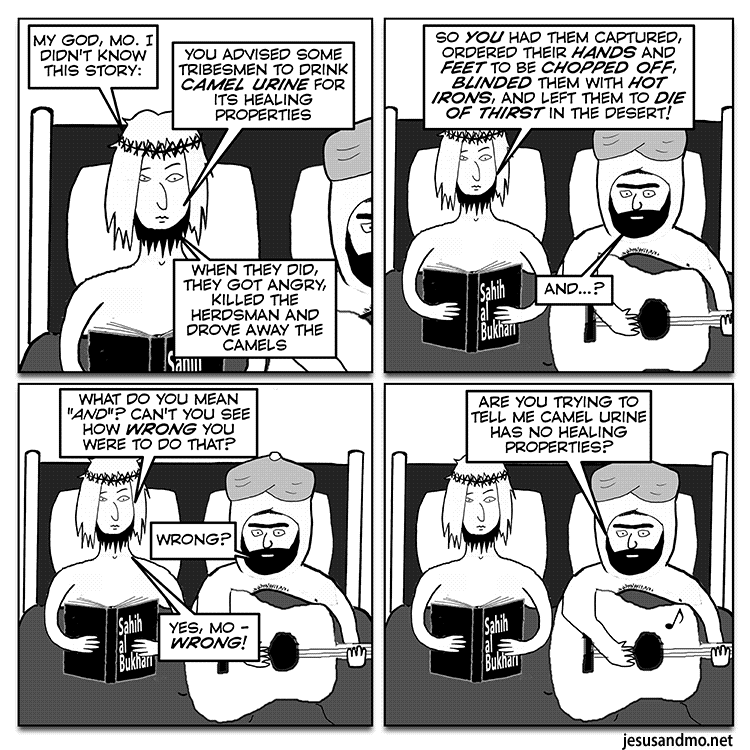