*Congress, or should I say the Democratic Party, is still tied up in knots. Expect the impasse over Biden’s two spending bills to last at least a month.

*Across the pond, a commission in France has found dire results: an estimate of  at least 3,000 pedophiles operating within the Catholic church in the last 70 years. The BBC describes the 2,500-page report (h/t Charles):

The commission is to release a lengthy report on Tuesday. It is based on church, court and police archives, as well as interviews with victims.

The independent inquiry was commissioned by the French Catholic Church in 2018, following a number of scandals in other countries.

Mr Sauvé, a senior civil servant, told France’s Le Monde newspaper that the panel had handed over evidence to prosecutors in 22 cases where criminal action could still be launched.

Just twenty-two? This must be because of the statute of limitations (see below)

Bishop Éric de Moulins-Beaufort, the president of the French conference of bishops, told a meeting of parishoners he feared the report would reveal “significant and frightening figures” and church authorities have warned publication would be “a harsh and serious moment”, calling for “an attitude of truth and compassion”.

It remains unclear, however, exactly what actions the church will take against offenders, and in many cases prosecution could be unlikely because the abuse took place beyond French statutes of limitations.

What??? They’re warning about publishing data on abuse of children? And compassion for whom? Perps or victims?

*The vaccine mandate for teachers and staff in New York City schools begins today. No vaccination, no job. Some teachers made an emergency appeal to the Supreme Court, but  Supreme Court Justice Sonia Sotomayor refused to stay the mandate. (There is no option for regular testing.) Substitute teachers are standing by, but if the last few days is a lesson, firing is a powerful incentive to get your shot:

As of Friday, de Blasio said 90% of public school employees — including 93% of teachers and 98% of principals — have had at least one shot.

“This mandate has worked,” he said.

*Connecticut has a mandate too, for all state employees, though there’s a testing option. It begins today. Still, many employees may lose their jobs:

But again, history is a guide, and the state “expects most of the remaining non-compliant employees to get their documentation in by Monday night and expects minimal impact on operations.”

*I oppose all capital punishment, but there’s a pretty clear-cut case against a state execution supposed to take place on Tuesday in Missouri. Ernest Lee Johnson, 61, will be put to death for killing three people in a robbery. The “mitigating circumstances” are these:

Johnson was sentenced to death for killing three people while robbing a Columbia, Mo., convenience store in 1994. His lawyers and advocates argue his intellectual disability makes his execution unconstitutional and noted he also had roughly one-fifth of his brain tissue removed during a 2008 operation for a brain tumor.

Jeremy Weis, Johnson’s public defender, has said Johnson “meets all statutory and clinical definitions” of intellectual disability and has scored between 67 and 77 in IQ tests over the years, a range that is below and within the threshold generally recognized as intellectually disabled.

Two members of Congress from the state, as well as the Pope, have appealed for clemency. Of course, substandard intellect and a brain tumor are not really more mitigating than the circumstances that lead anyone to kill three people during a robbery: in neither case could the criminal have done otherwise. The difference is in how you treat the perps after conviction with respect to deterrence, reformation, and the safety of the public.

*Of all the places you’d think would want to defund the police, it would be Minneapolis, site of George Floyd’s murder. But not so, according to The Nation., While black residents of the city recognize that the local police department needs reform, they don’t want defunding.  (h/t Paul)

[Black leader Don] Samuels has reemerged into the spotlight as a fierce advocate of police presence on the streets of Minneapolis. Many have conflated his support for more boots on the ground with an endorsement of the city’s controversial police department, whose treatment of the city’s Black residents became a national scandal following the murder of George Floyd by Derek Chauvin in May 2020. However, Samuels says he recognizes that the department has historically targeted Black Americans and that police reform is long overdue. But he also thinks that armed police officers do help combat the community violence that has taken hold of some neighborhoods with a large proportion of residents of color. 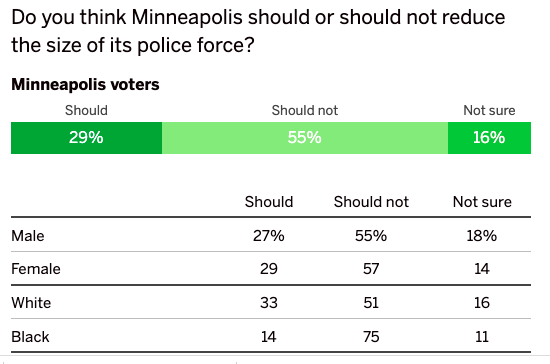 *I’m sad because Sarah Silverman, my great love—as she is of all Jewish boys— has proven to be dumber than I thought. Hasn’t she listened to the “Squad” over the past few years? As you may know, they, and other “progressive” House Dems, voted against the U.S. funding Israel’s Iron Dome, which helped turn back over 4300 rockets fired from Gaza last year, all designed to kill Israeli civilians. The funding was then put in another bill and passed. In the video below, Silverman has her “aha” moment when she realizes that the Squad, and many “progressive” Dems, aren’t just anti-Israel, but anti-Jew. Tlaib, AOC, and Omar have intimated that amply; I guess The Divine Sarah wasn’t listening.

Every Jew ultimately has their “pound of flesh” moment when they realize that however much they hand over to show they are the “good kind of Jew” – it is never enough.
(Shakespeare had it backwards of course – normally it is the Jews who are asked to hand over a pound of flesh). https://t.co/LCtqaxJCKK

*You’d think from the title of Ross Douthat’s new column in the NYT, “Cheer up, liberals. You have the America you wanted“, he’d be smirking over the failures of the liberal agenda. Not so! Douthat extols the accomplishments of the last few Democratic administrations and the death of much of the far right:

So not one but three right-of-center ideologies — crusading neoconservatism, moralizing religious conservatism, Tea Party government-cutting — have fallen to progressivism’s advance. Meanwhile the country is more racially diverse, pot is legal or semi-legal in many states, incarceration rates have fallen, and ideas once on the leftward fringe are dominant across media and academia. In all these ways and more, America in 2021 is the country that liberals in the Bush era wished they lived in: more liberal and permissive across multiple dimensions, less traditionally religious and heteronormative, less male-dominated and less white.

Douthat then kvetches a bit about the possibility of a welfare state bringing a darker future than we Dems want, but in the main you have to admire him for congratulating us:

But no — now I’m straying from my official purpose here, which is to urge pessimistic liberals to cheer up.

You have the America you wanted. Make the most of it.

Stuff that happened on October 4 includes:

This was the first entire Bible, both Old and New Testaments, printed in English. Here’s what the first printing looked like (note the date): 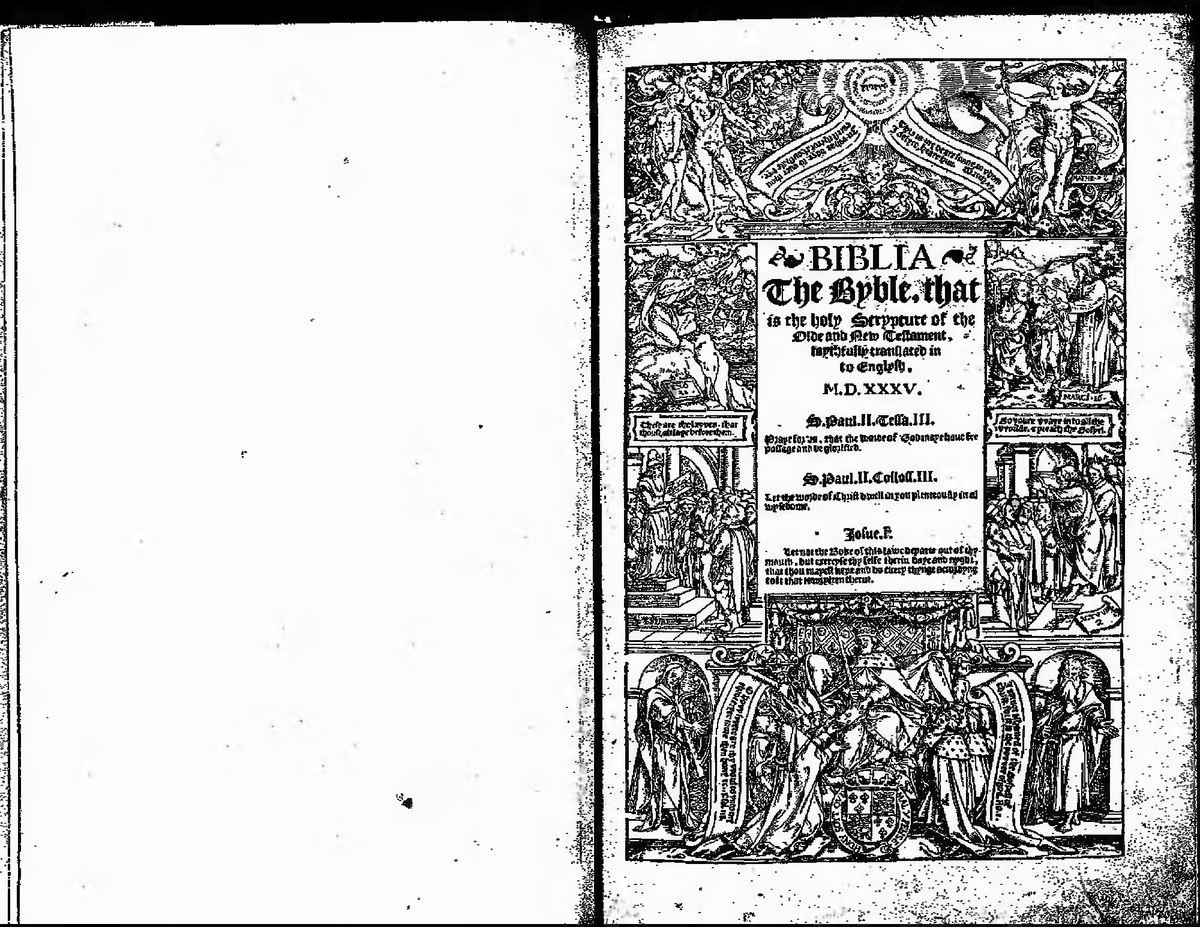 From Wikipedia: ” To reinstate the association, the reform advanced the date by 10 days: Thursday 4 October 1582 was followed by Friday 15 October 1582.”

The old posters of the Orient Express, which originally went from Paris to Istanbul (the route’s been changed multiple times since), are lovely. Here are two. Note the stereotyped Brit and Turk in the second one: 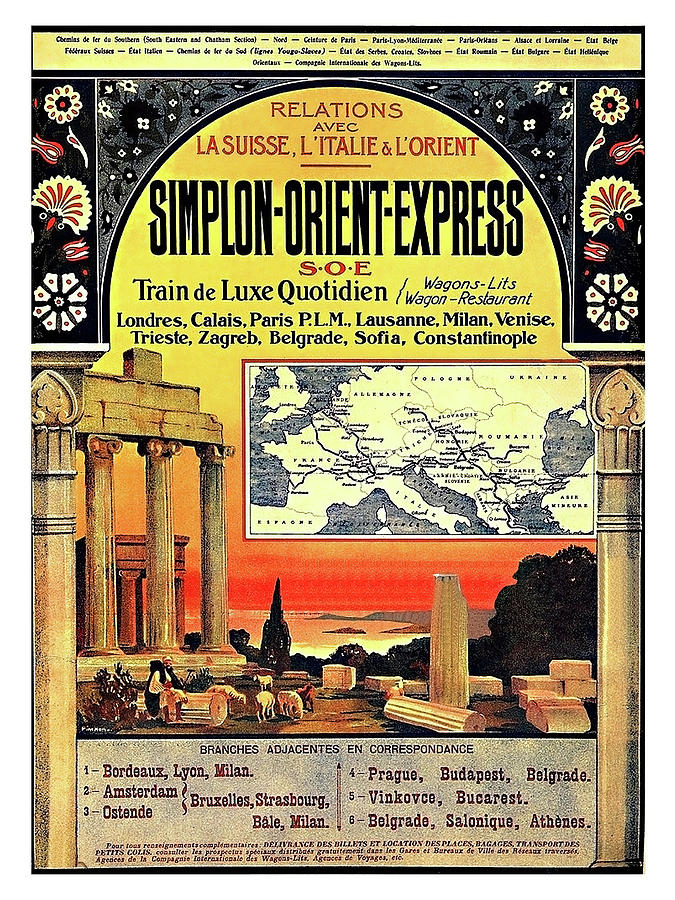 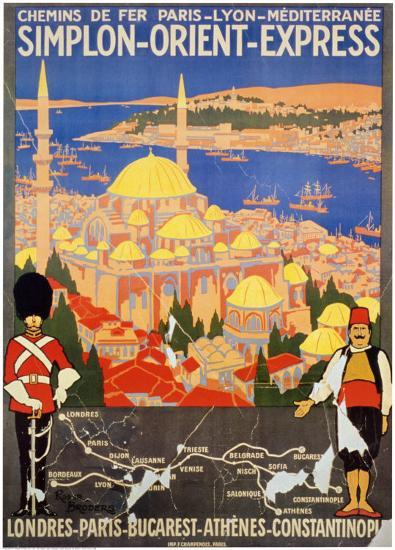 Three of the four Presidents depicted (all but Lincoln) have been canceled. Construction lasted until 1941. Here are three photos in various stages of completion. Captions from Wikipedia: 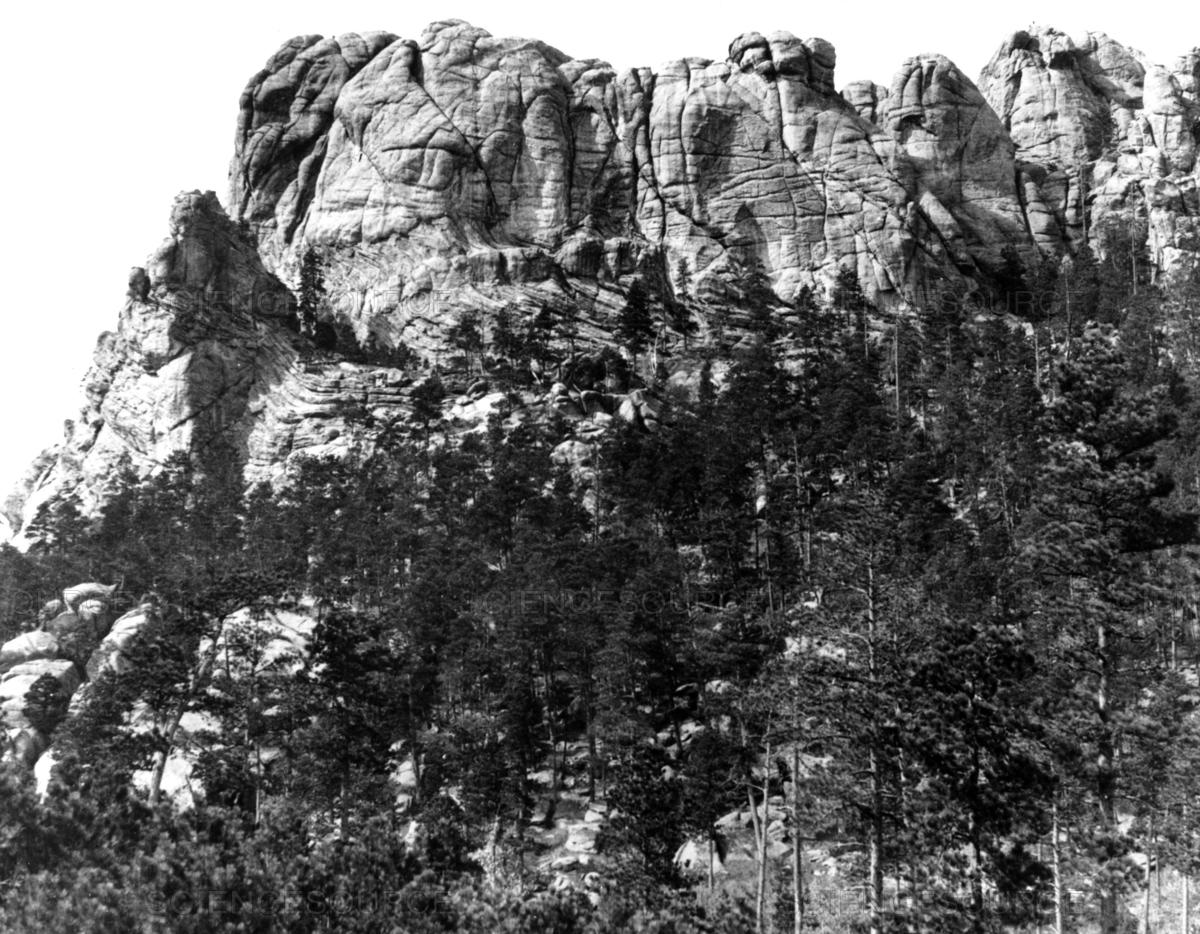 Construction underway, with Jefferson to the left of Washington before unstable rock necessitated a change in the design. 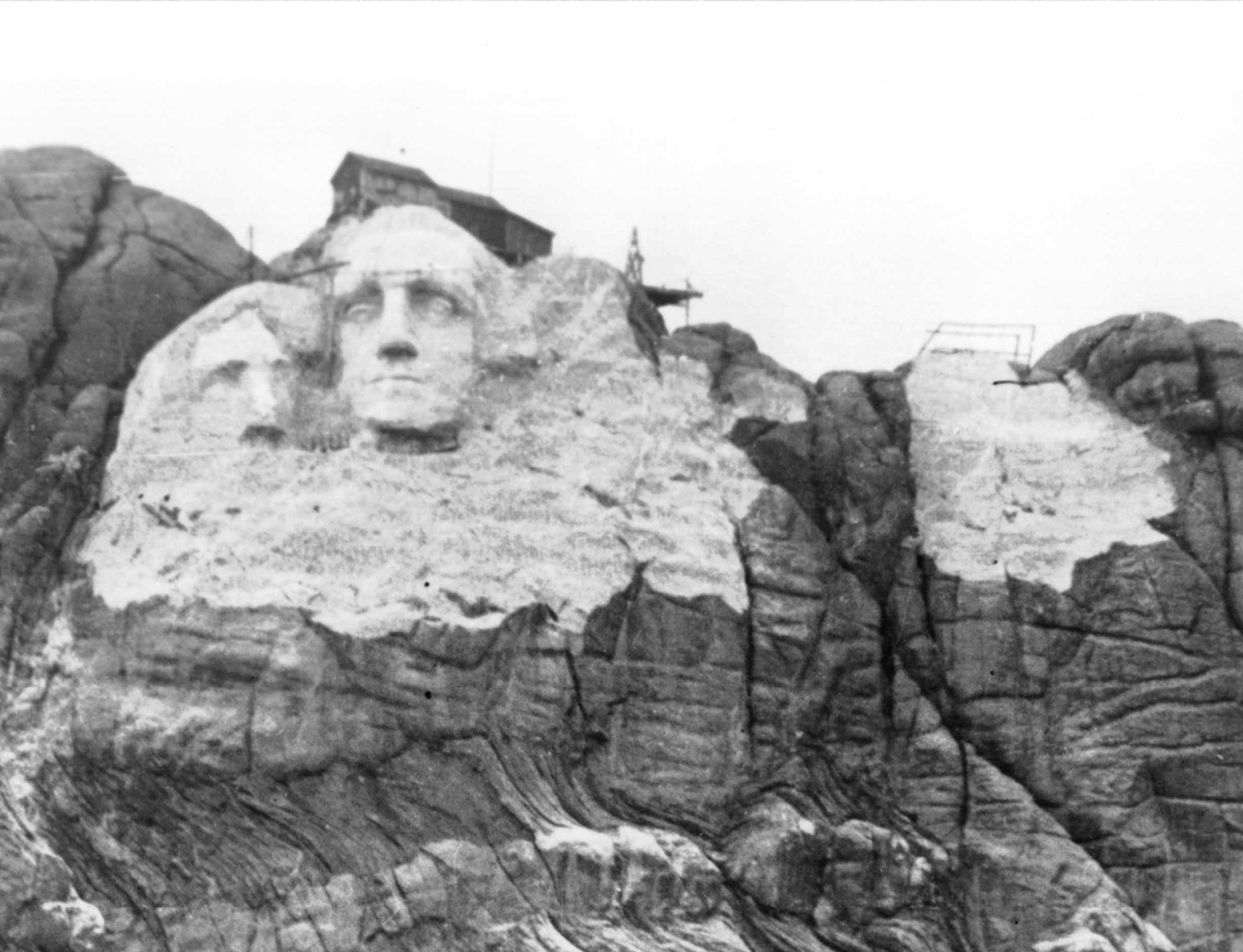 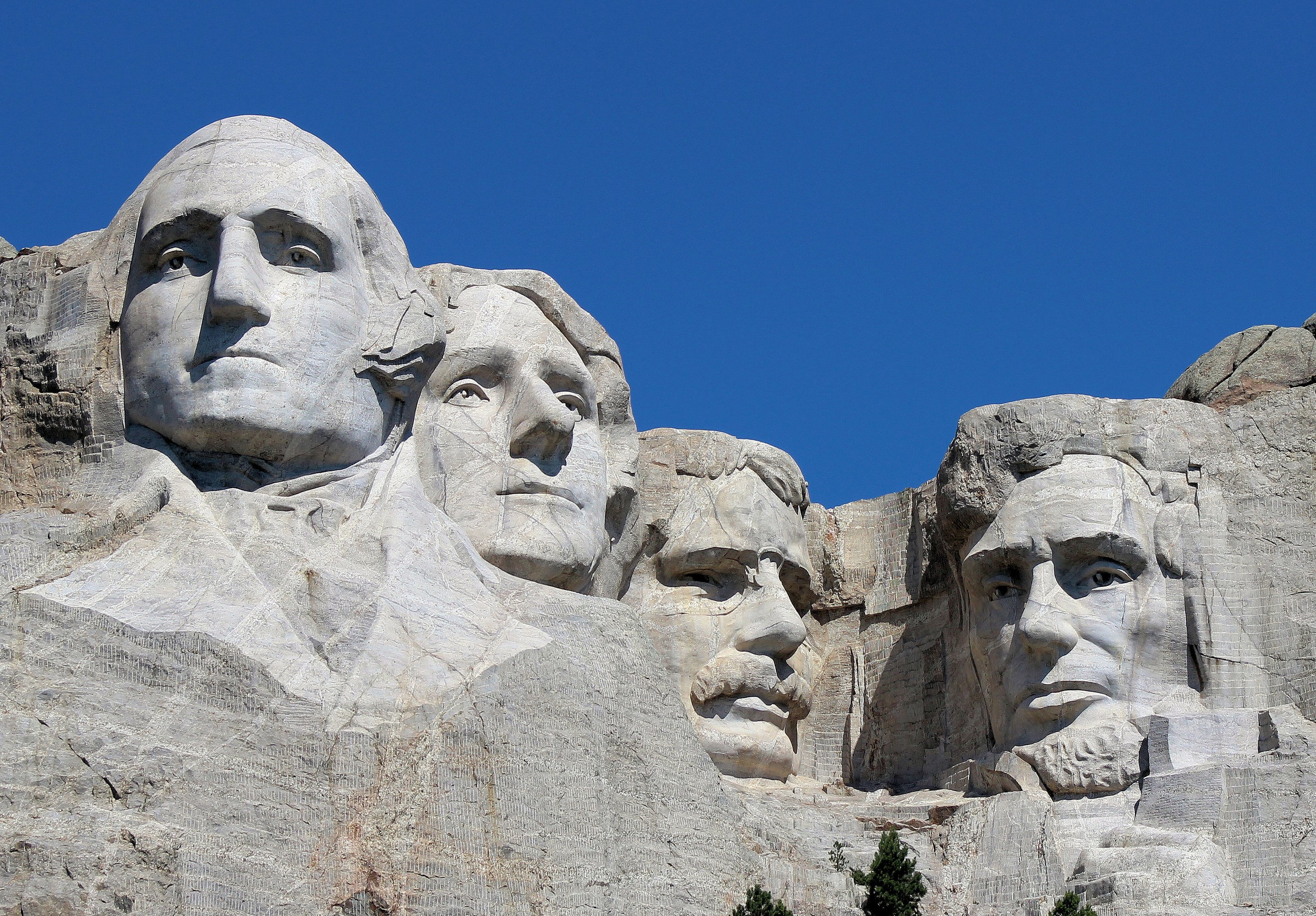 Here’s a short historical video of this historic clash between the British Union of Fascists and their opponents, many of them Jews (the BUF was anti-Semitic).

In my view, Millet is underrated as a painter. Here’s one of his, “A Norman Milkmaid at Gréville” 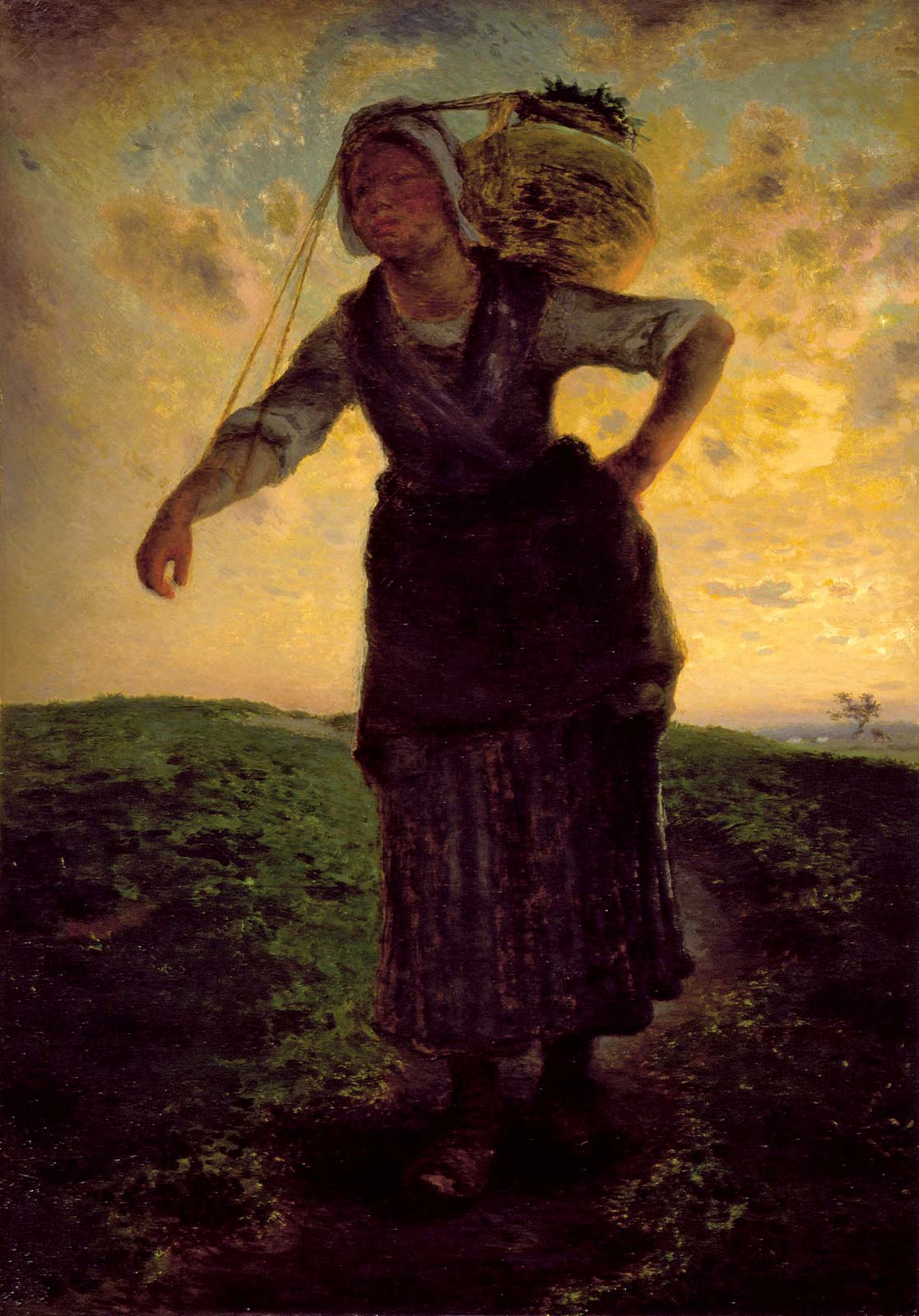 Keaton is one of Matthew’s favorite comedy actors, and Matthew sent a video tweet:

Here’s Brown, a big-name civil rights activist (head of the SNCC) during the Sixties. He later was convicted twice of crimes, the second one murder, and is now serving a life sentence without parole in Arizona. He became a Black Muslim and is now known as Jamil Abdullah al-Amin. 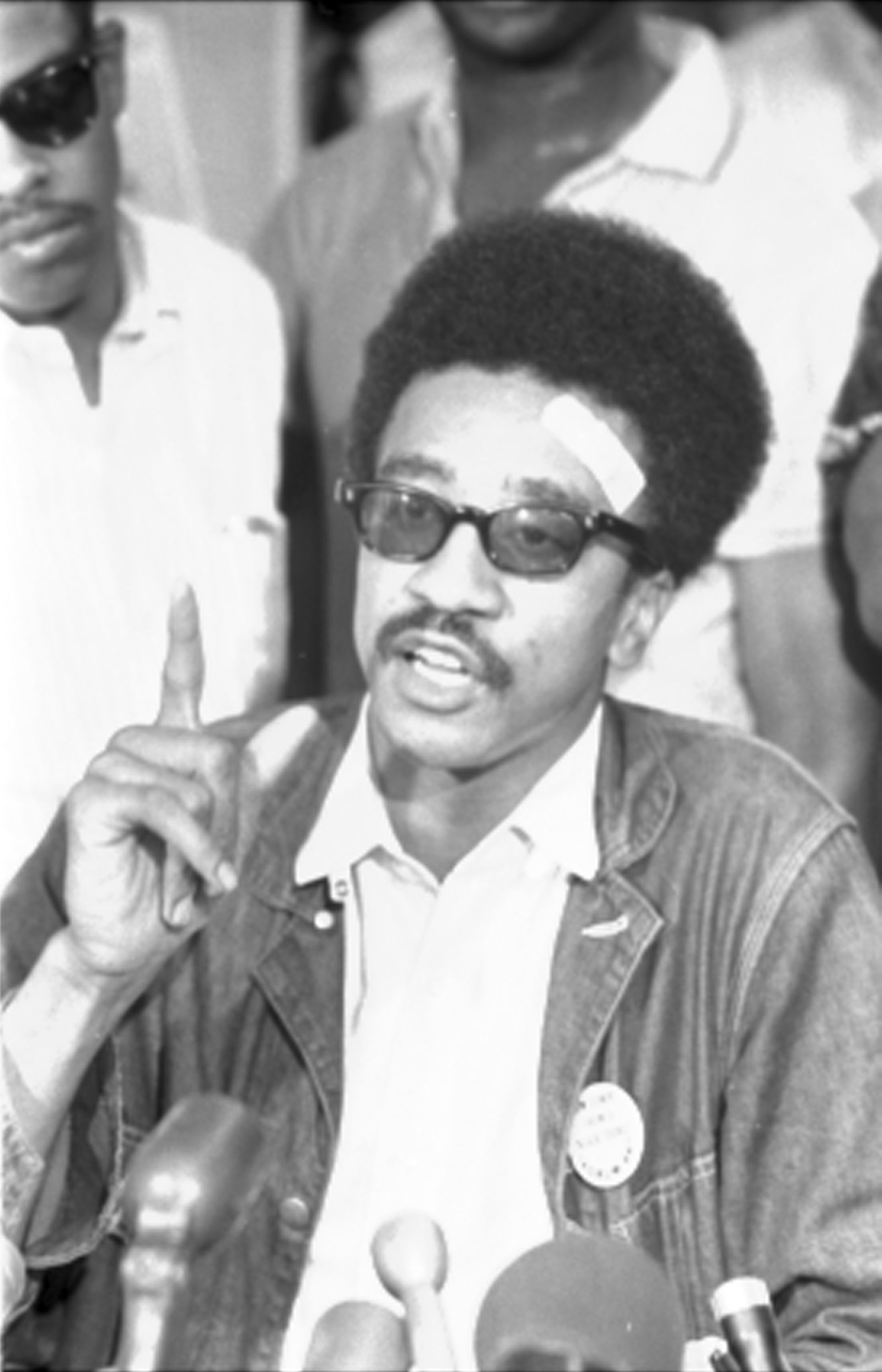 Those who said their last farewells on October 4 include:

Here’s Rembrandt’s “Portrait of an Old Jew,” which I saw in the paint at the Hermitage Museum in St. Petersburg. They have a great collection of Rembrandts (and other stuff; it’s my favorite art museum): 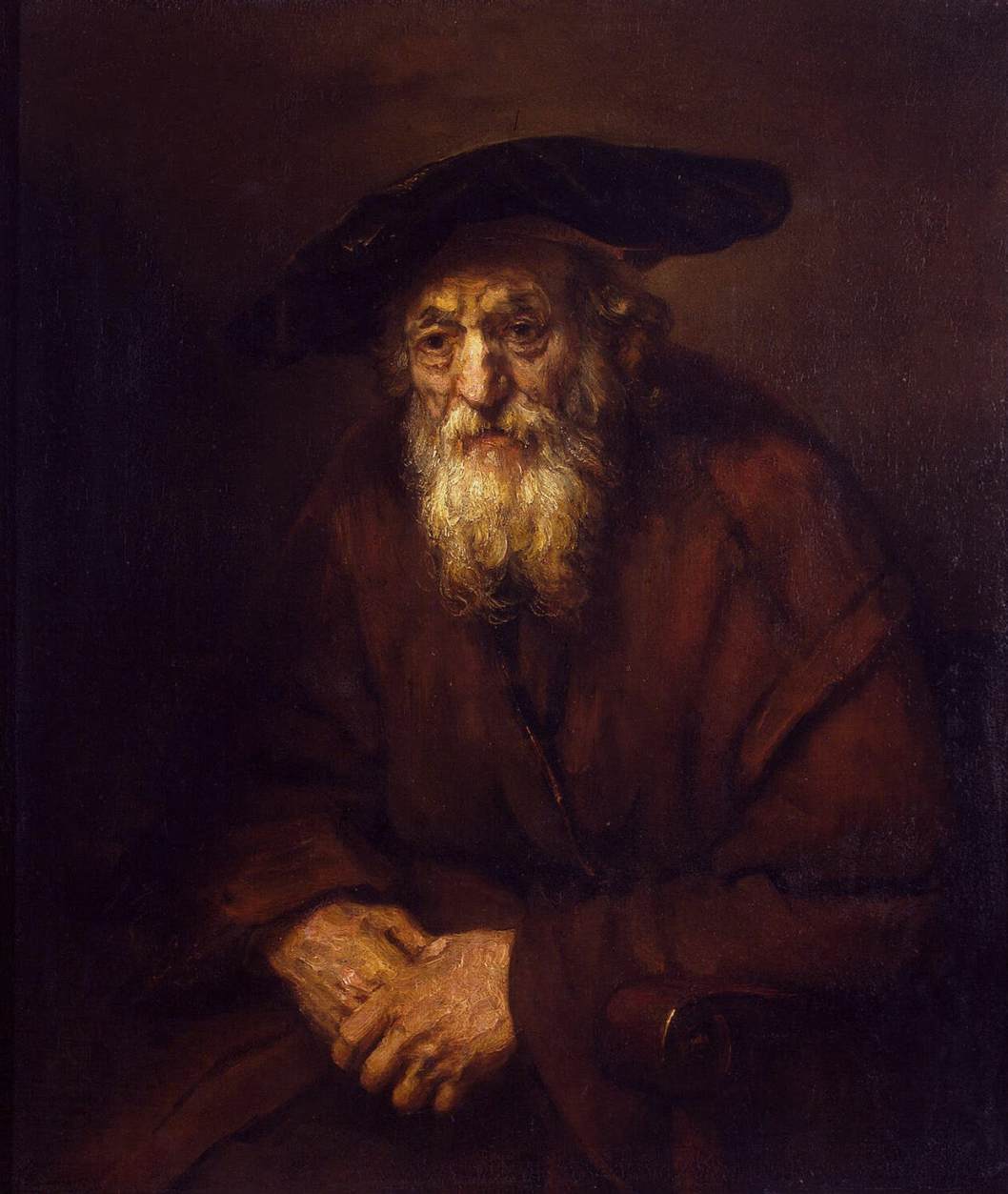 Here’s a photo I took of viewers looking at Rembrandt’s “The Descent from the Cross” (1634). You can get very close to many of the paintings in the Hermitage, which is good for visitors but probably not for the paintings! You can also take photos without a flash, but the natural light from the Palace windows is very good. 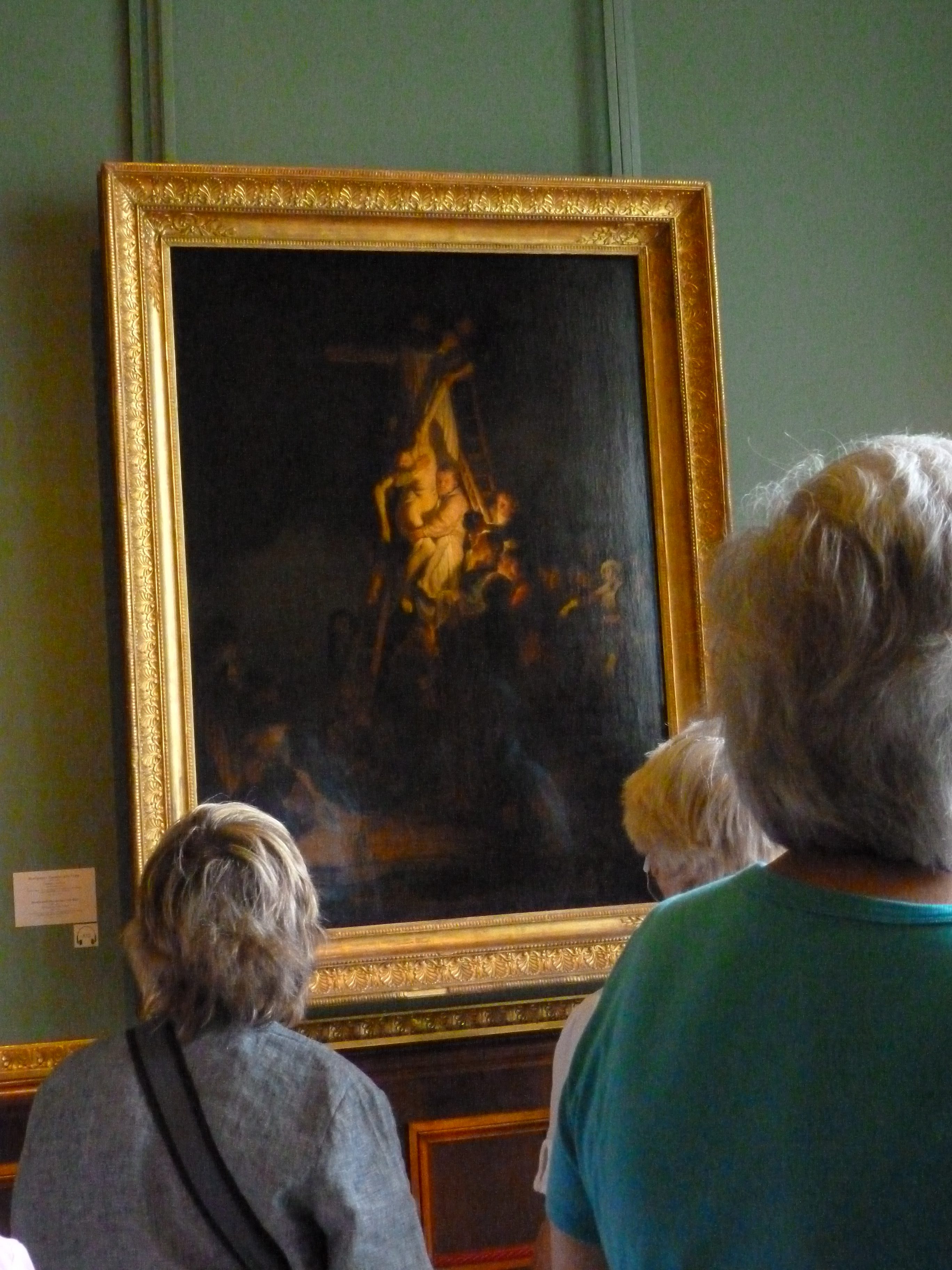 Rebecca Skloot’s book on Lacks, The Immortal Life of Henrietta Lacks  is wonderful . Read it if you get a chance! Here’s tweet Mattthew found:

Henrietta Lacks died 4 October 1951. The cancer that killed her went on to become the darling of cell science. It continues to live in labs around the world #HeLa #FleshMadeNew pic.twitter.com/fk4QumyEPm

La Joplin singing “Piece of my heart”, live in Germany:

Meanwhile in Dobrzyn: Szaron is trotting along after Hili on the daily walkies with Andrzej and Malgorzata.  Hili isn’t happy:

Szaron: Wait for me.
Hili: He always has to spoil everything. 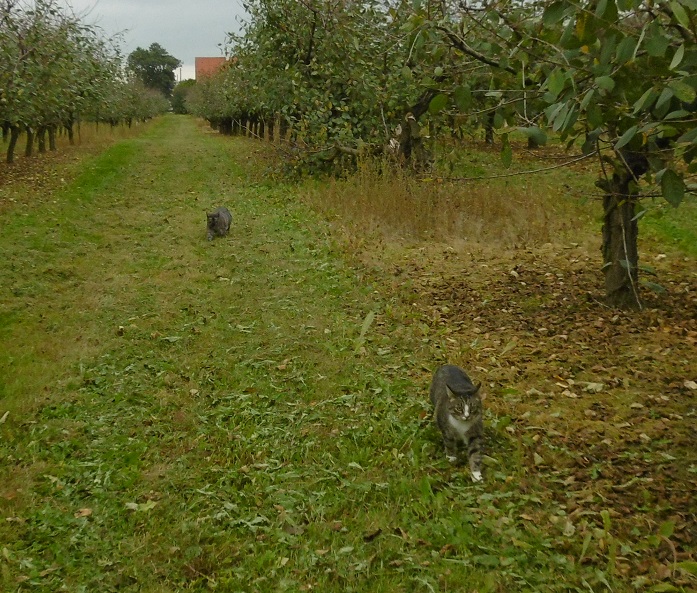 Reader Malcolm sent a lovely “Pebble Cat” he found on Facebook; I have no other information: 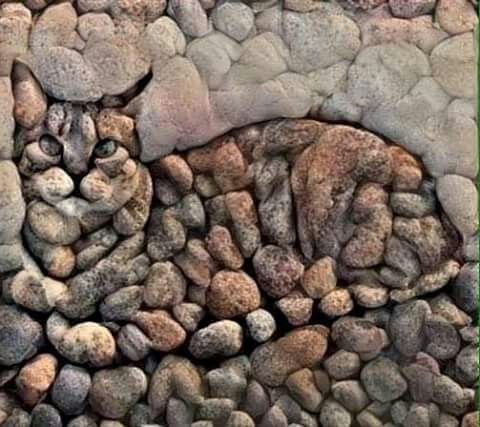 From Tom: “The Director’s Cut”: 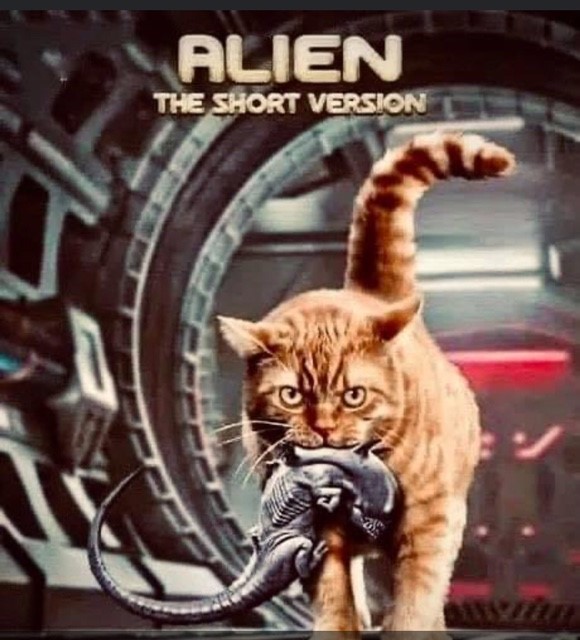 From Facebook: a cat is kvetching loudly about its nether parts! Listen to it!

From Barry: the fastest turtle he’s ever seen. Look at that animal go!

Everything I thought I knew is a lie https://t.co/XZi6DRmBch pic.twitter.com/CKaVgQLYNN

From Simon: a scientist on the couch:

“I have a recurring nightmare in which my results are not conserved all the way to humans” pic.twitter.com/BuyXH7zhib

From the Auschwitz Memorial. This fellow lived just a week after arrival.

Tweets from Matthew. It’s on my bucket list to see this:

The Northern Lights in real-time..

Pycnogonids are really weird; I love them. Here’s a bunch: they’re chelicerates, which includes all arachnids.

Some deep-sea animals from Steven Kovacs:

Alciopid worm circling a ball of eggs. This behavior is fairly common to see but its purpose is still a mystery. Blackwater dive off Palm Beach, Florida #ikelite pic.twitter.com/UH4UShXcuN

a greedy larval Lobster carrying four Acorn Worm larvae off the coast of Kona, Hawaii during a blackwater drift dive. Photographed at 40 feet at night while drifting in 5000 feet of water. pic.twitter.com/7eQ0T0hjDa