I still have need of wildlife photos, and I am also asking for pictures of polydactylous cats for a future Caturday post. If you have such a cat or know one, please send pictures (perhaps two: the cat and its paw) and a brief paragraph of description. Oh, and give the number of toes if you know them. I have six cats so far but would like a dozen.

Today we have some insect photos by Mark Sturtevant, whose notes, links, and IDs are indented. You can enlarge the photos by clicking on them.

Here are some pictures of insects taken early in the 2020 season.

In a place I call the Magic Field, I got lucky and came across a mass emergence of digger bees. These solitary bees (Anthophora sp.) nest in the ground, and over a short period of time young bees emerge in large numbers, leaving distinctive holes every couple feet in the ground. So on that day I came across high hundreds of swarming bees around the parking lot (this caused some alarm with the other human visitors). The bees would be almost all males, waiting for females to emerge. They were very randy and restless, but some males were pretty exhausted and here is one of them. 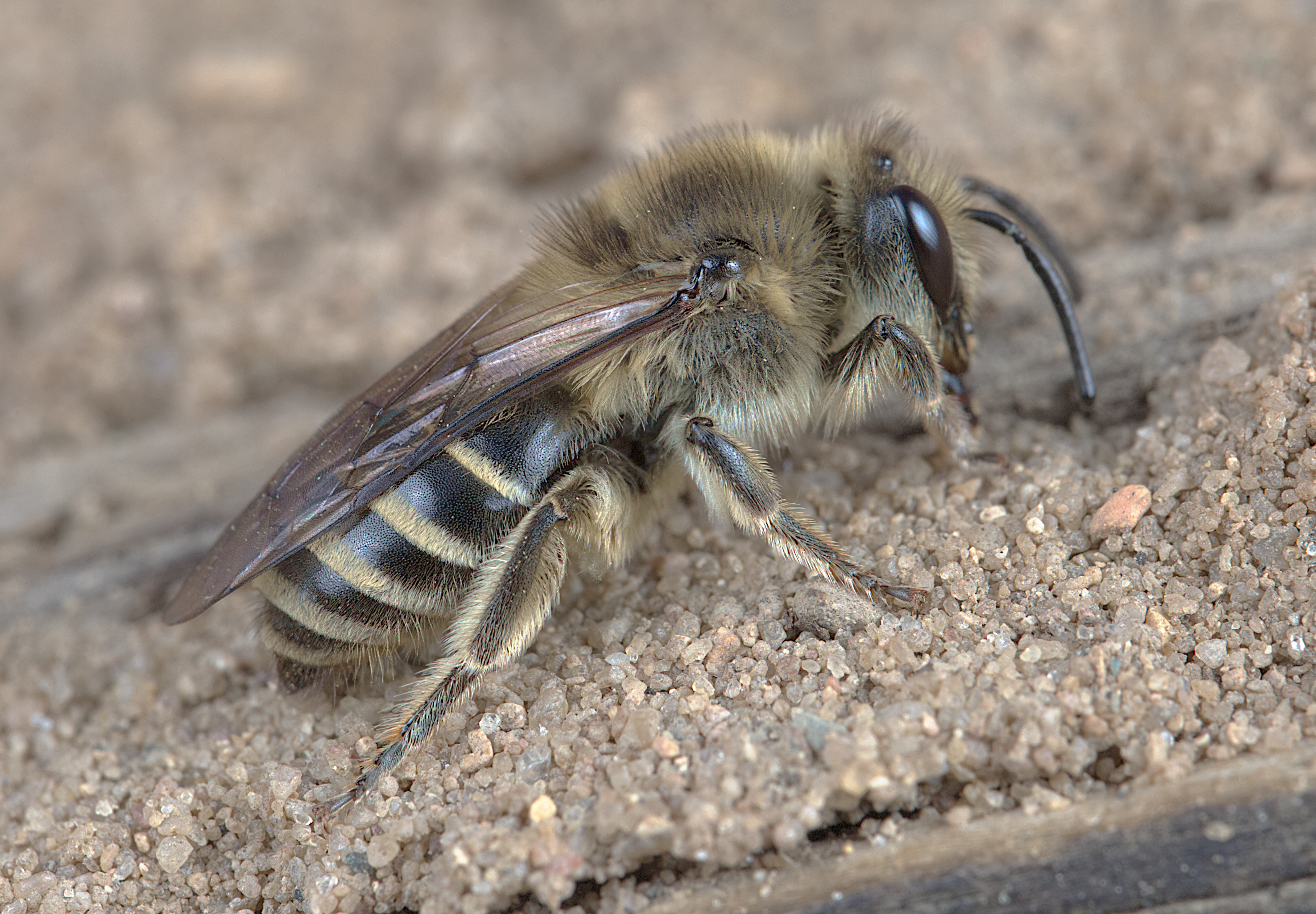 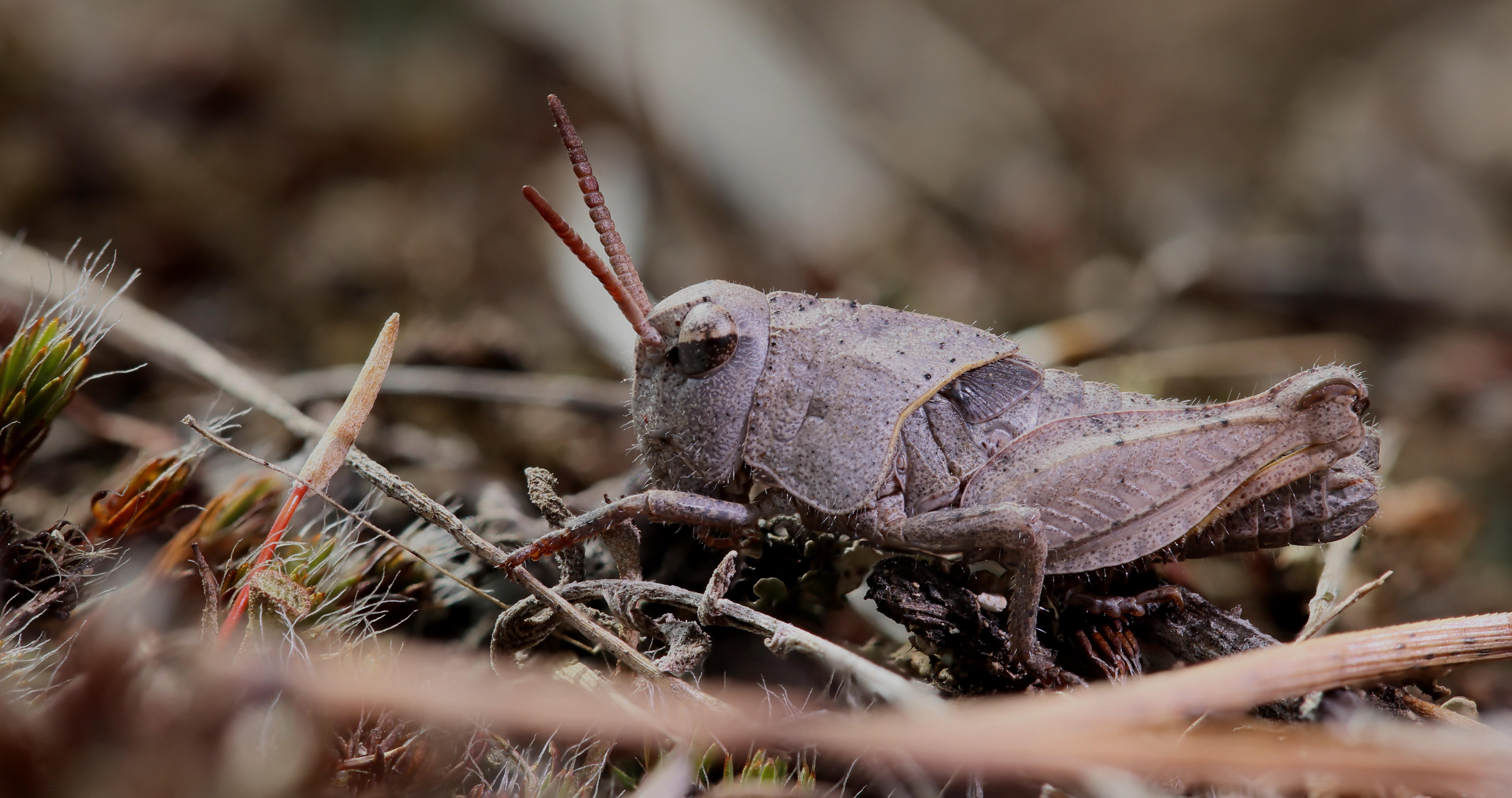 Another early-season arrival to the Magic Field are the appropriately named festive tiger beetles (Cicindela scutellaris). These gorgeous predatory beetles common on the sunny trails, where they hunt for small insects and for mates. Some are mainly green, but most are mainly purple. Other color variations are also very festive, as shown in the link.

Anyone trying to photograph tiger beetles will know that they can be a challenge, as they are always alert and fast. But they also have very short memories, so if you park yourself where they patrol, they soon forget about you and come wandering back. Festives can even get a little friendly, so more than once I’ve had one crawl right onto my hand.

I revisited the trails over several days in order to experiment with getting focus stacked pictures of tiger beetles. Some of the pictures shown here (and I have LOTS of pictures now) were taken by simply bracketing the focus by hand (here, the camera can be either moved a little, or the focus ring can be turned a little with each picture). Others were taken with the help of the Helicon Fb tube on the camera. This handy gadget allows one to do rapid focus bracketing while shooting in burst mode, as explained in the link. 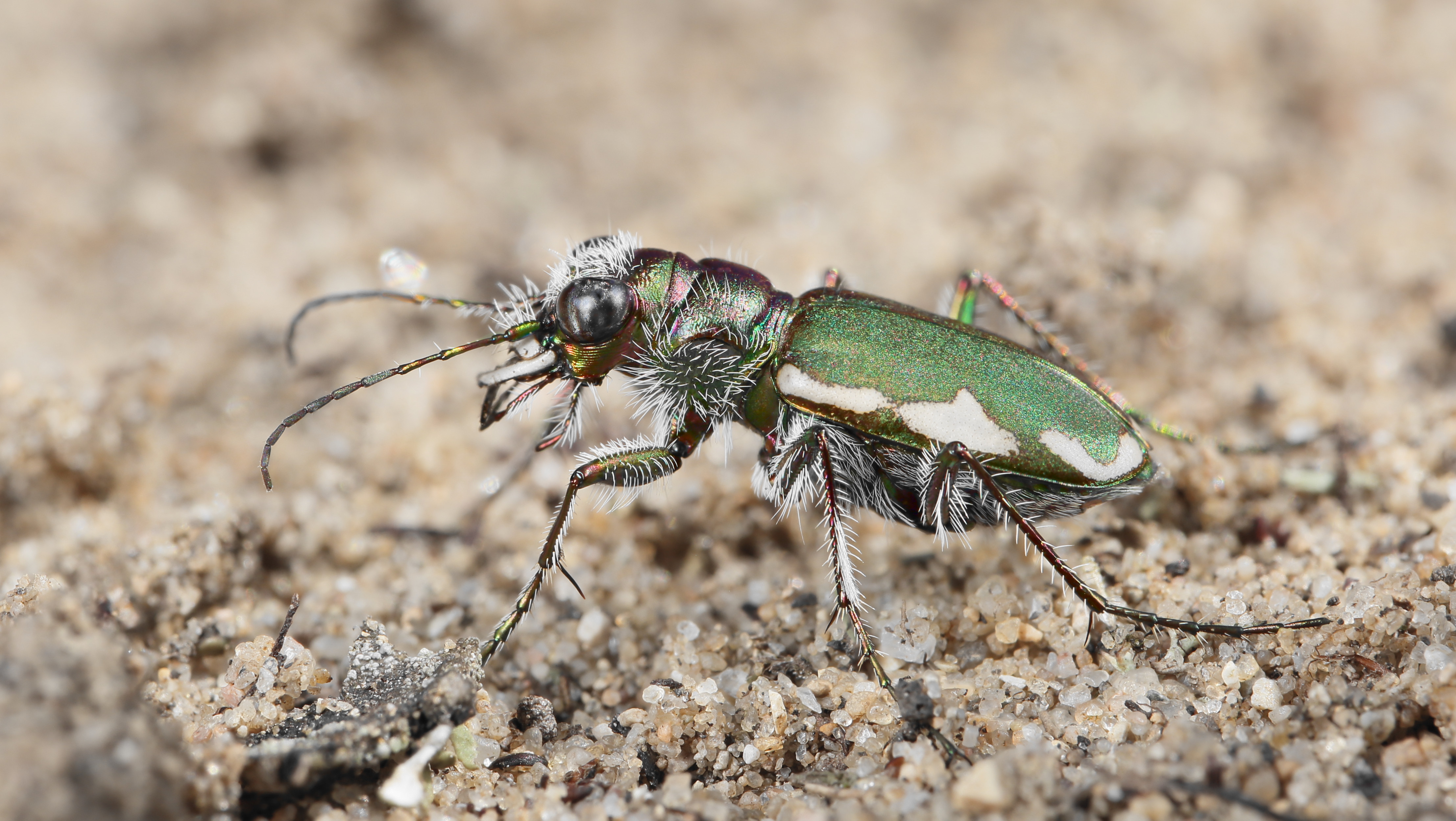 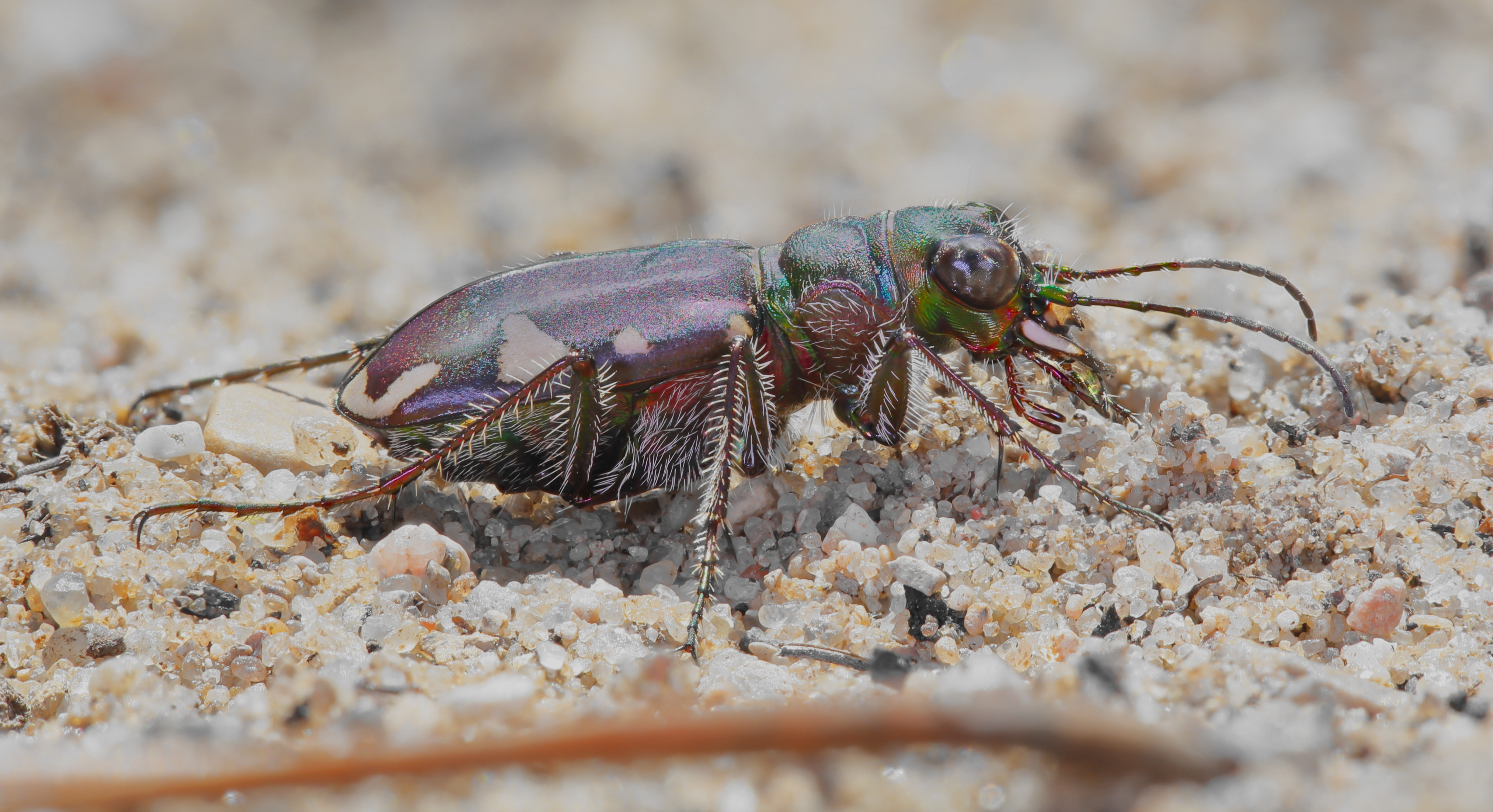 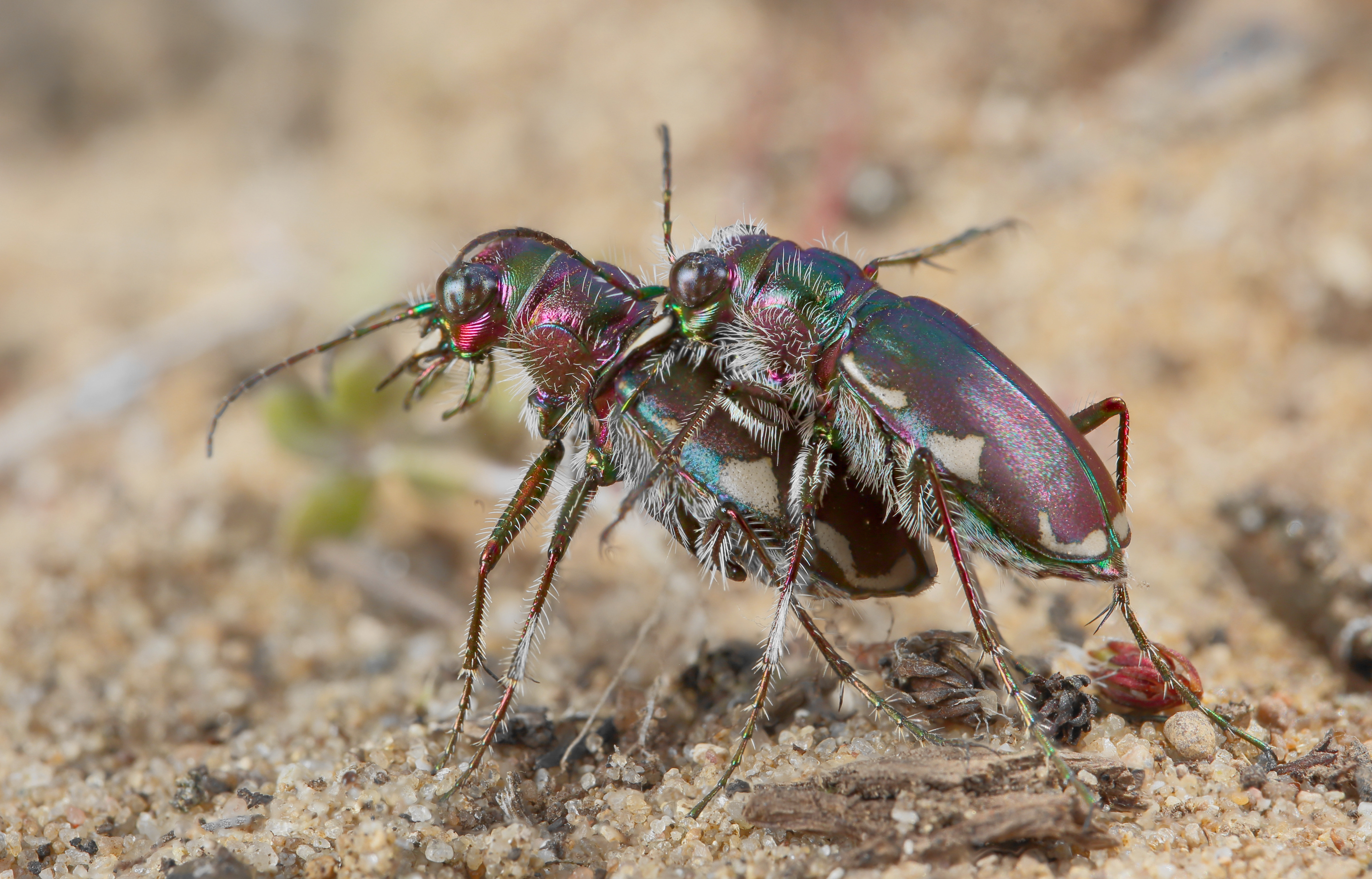 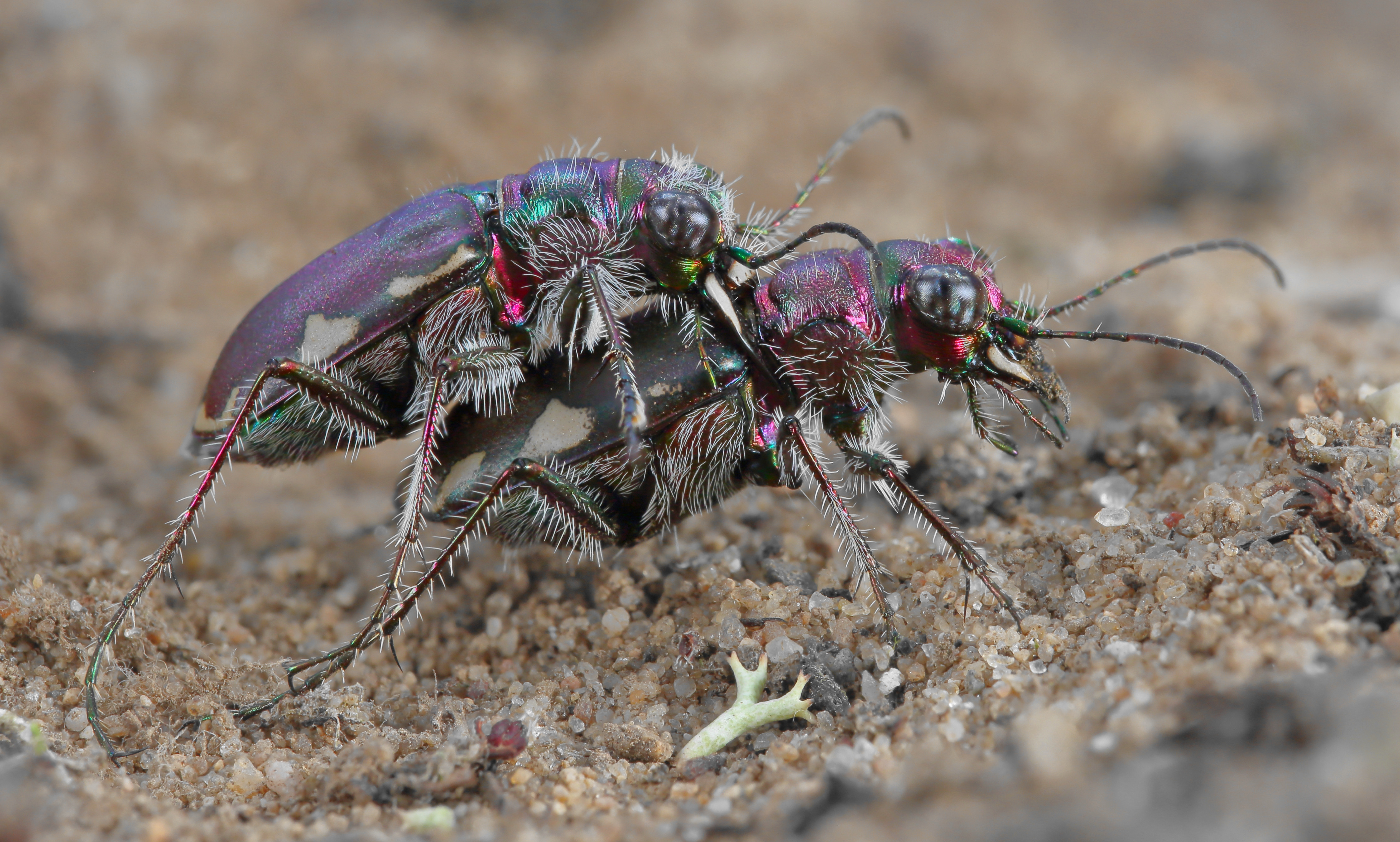 I am rather chuffed about the last picture, since the Entomological Society of America is starting up a photography section on its social media sites, and this one was selected to be included some time soon.