We continue with the last set of hummingbird photographs by Emilio d’Alise. His first set, of Broad-tailed hummingbirds, is here. Today we have the second and third of the three congeneric species in his area. I reprise his notes and IDs, which are indented. Click on the photos to enlarge them (clicking twice in succession makes them really large.)

I lived in Colorado for 11 years and Colorado has eight species of hummingbirds, but during my time there, I’ve only been able to capture photos of three species (the ones that came to feeders I had up): Broad-tailed Hummingbird, Rufous Hummingbird, and the Calliope Hummingbird. 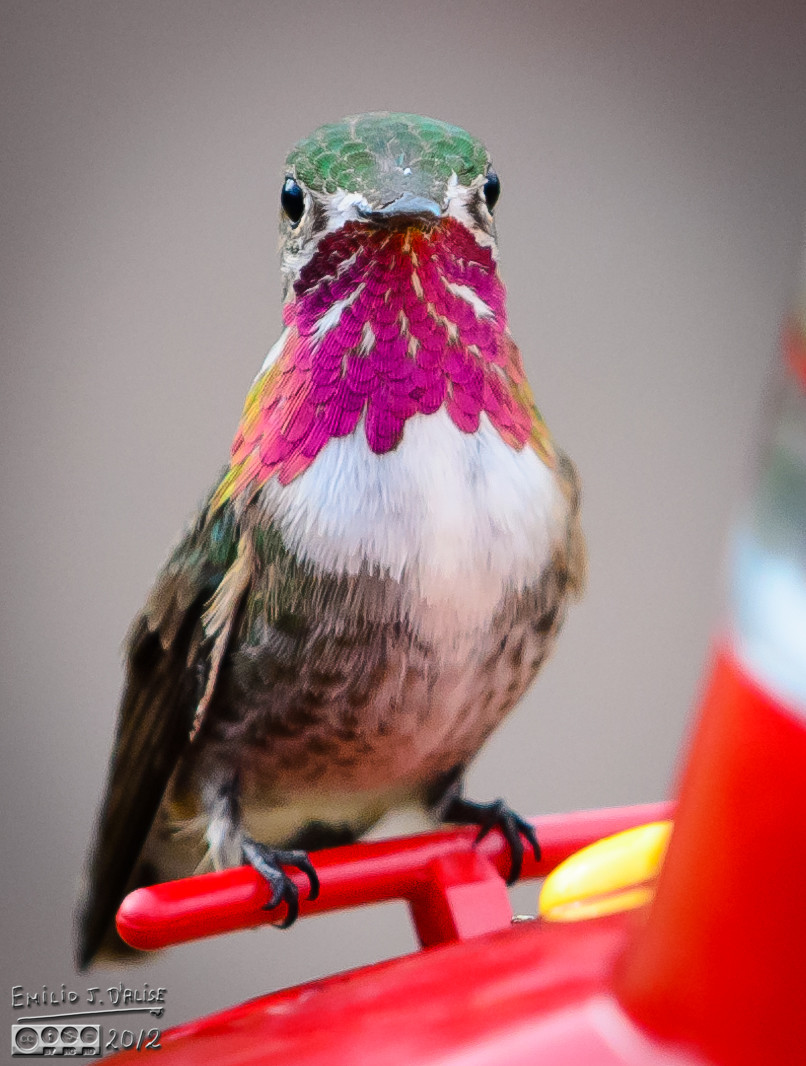 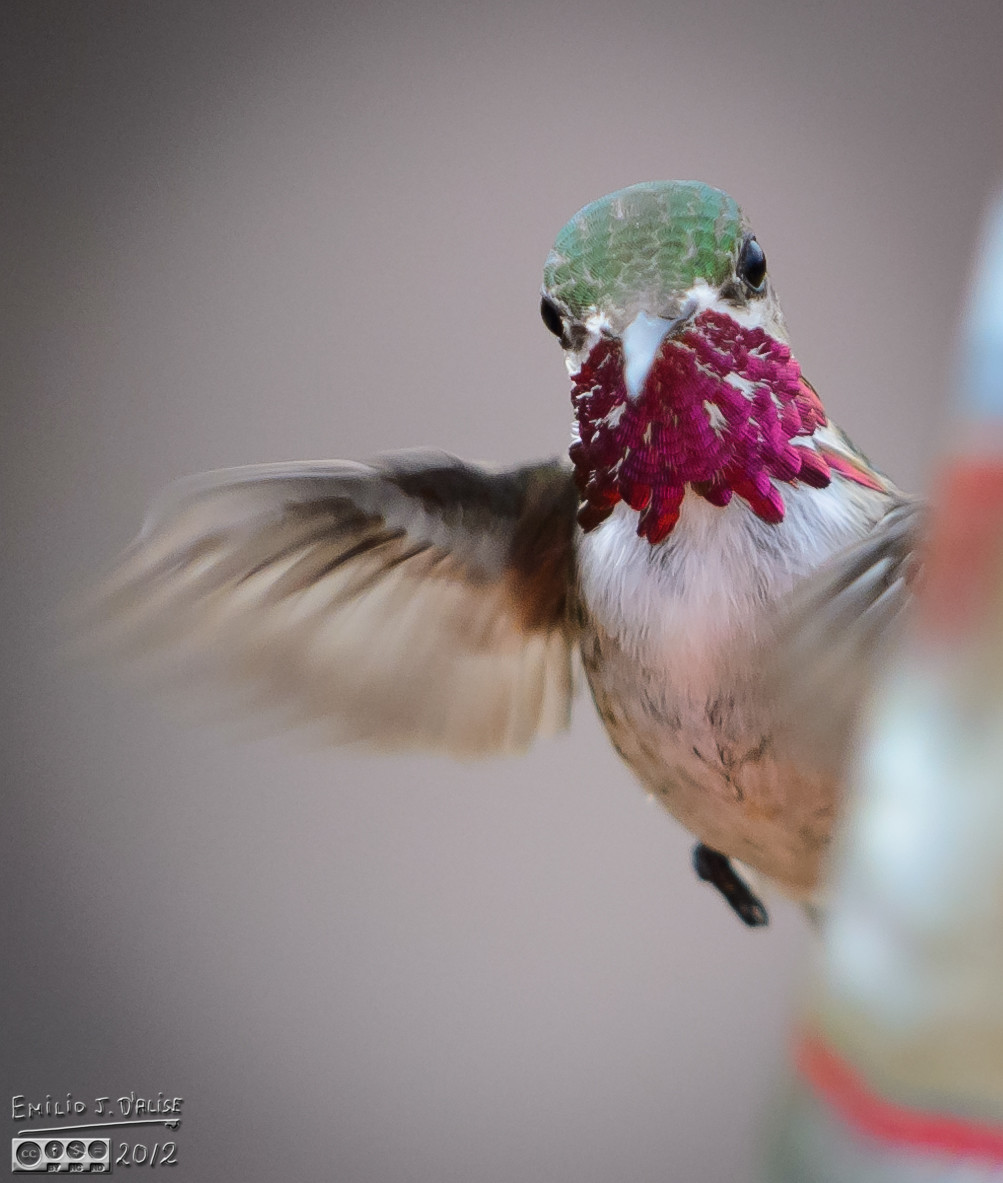 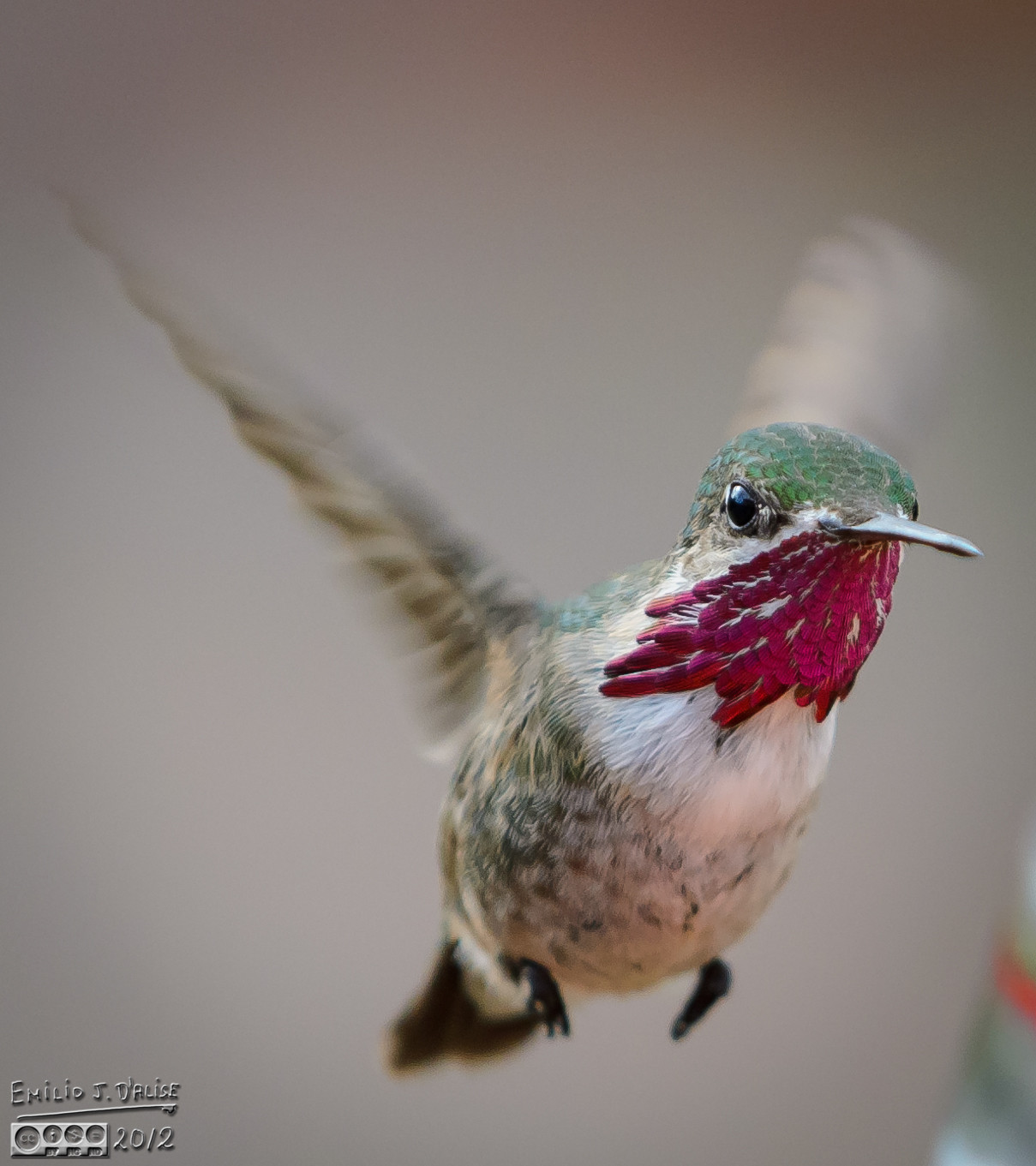 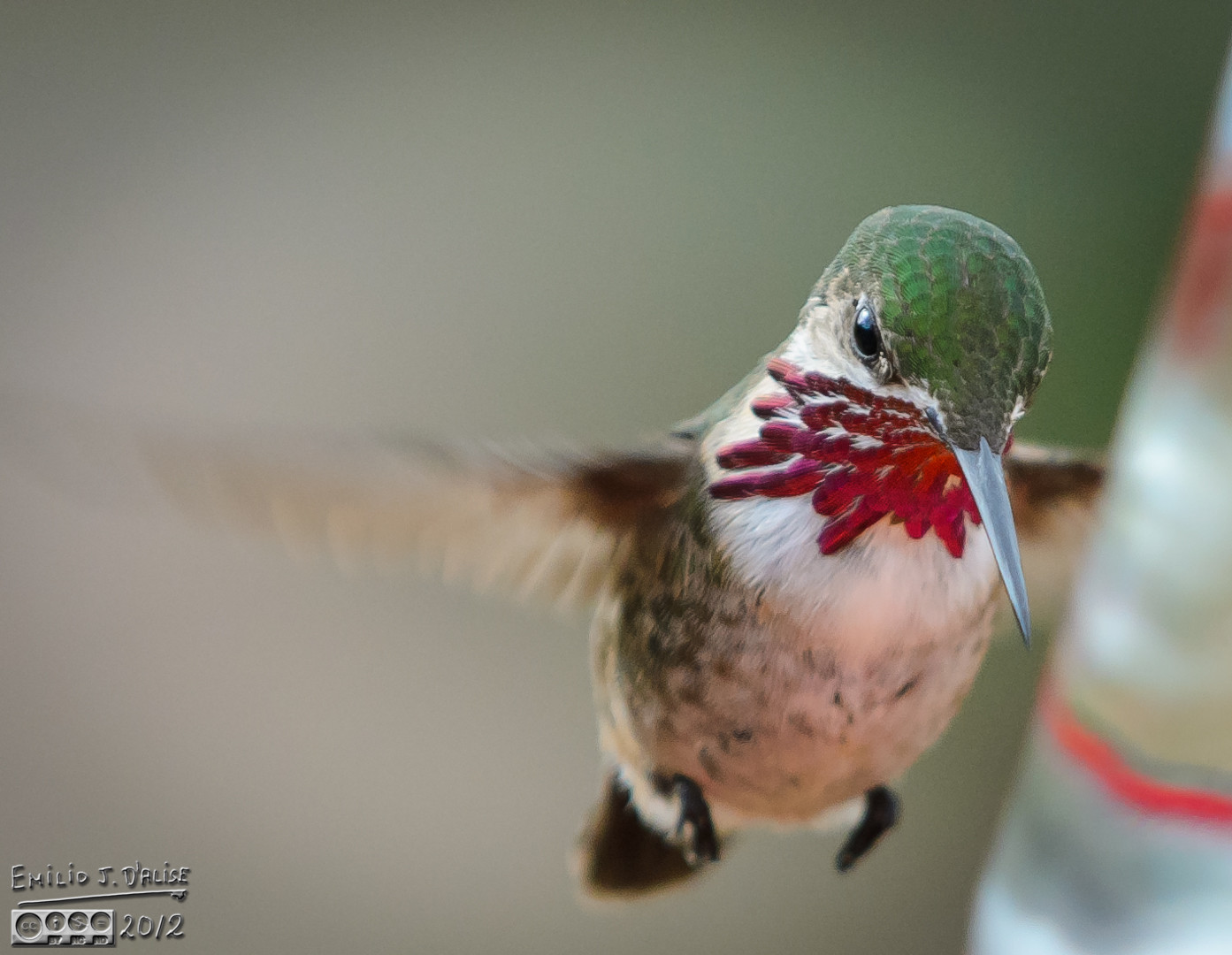 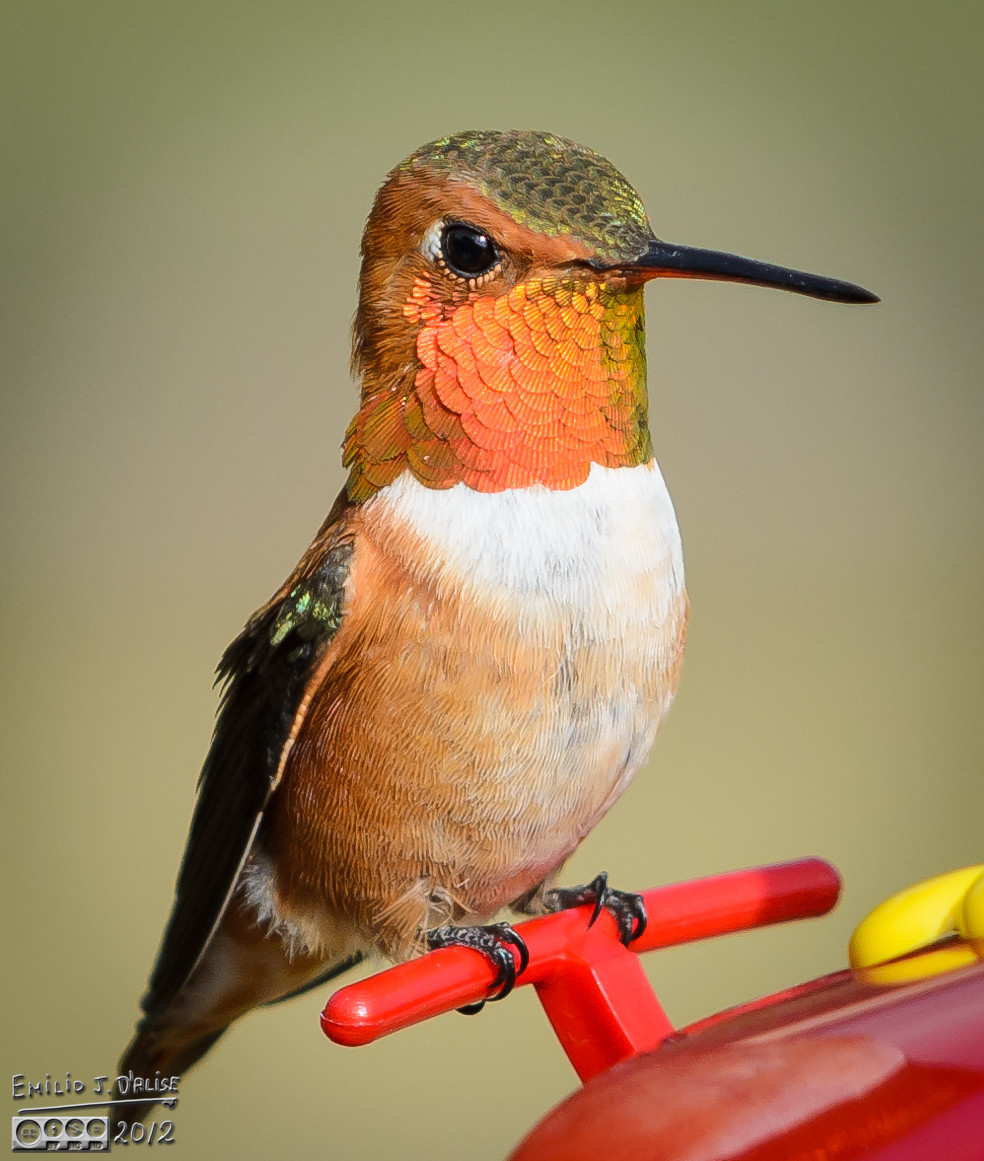 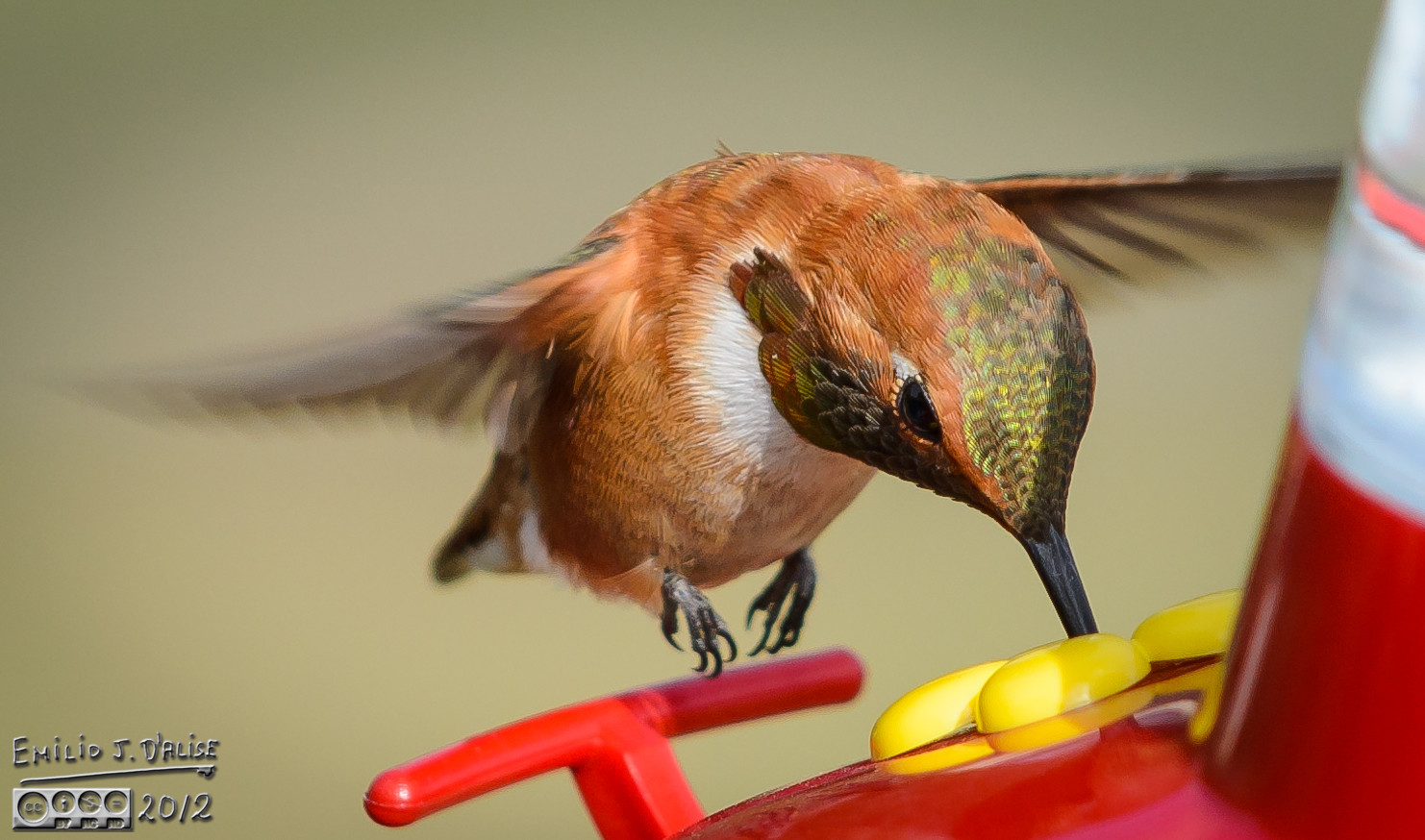 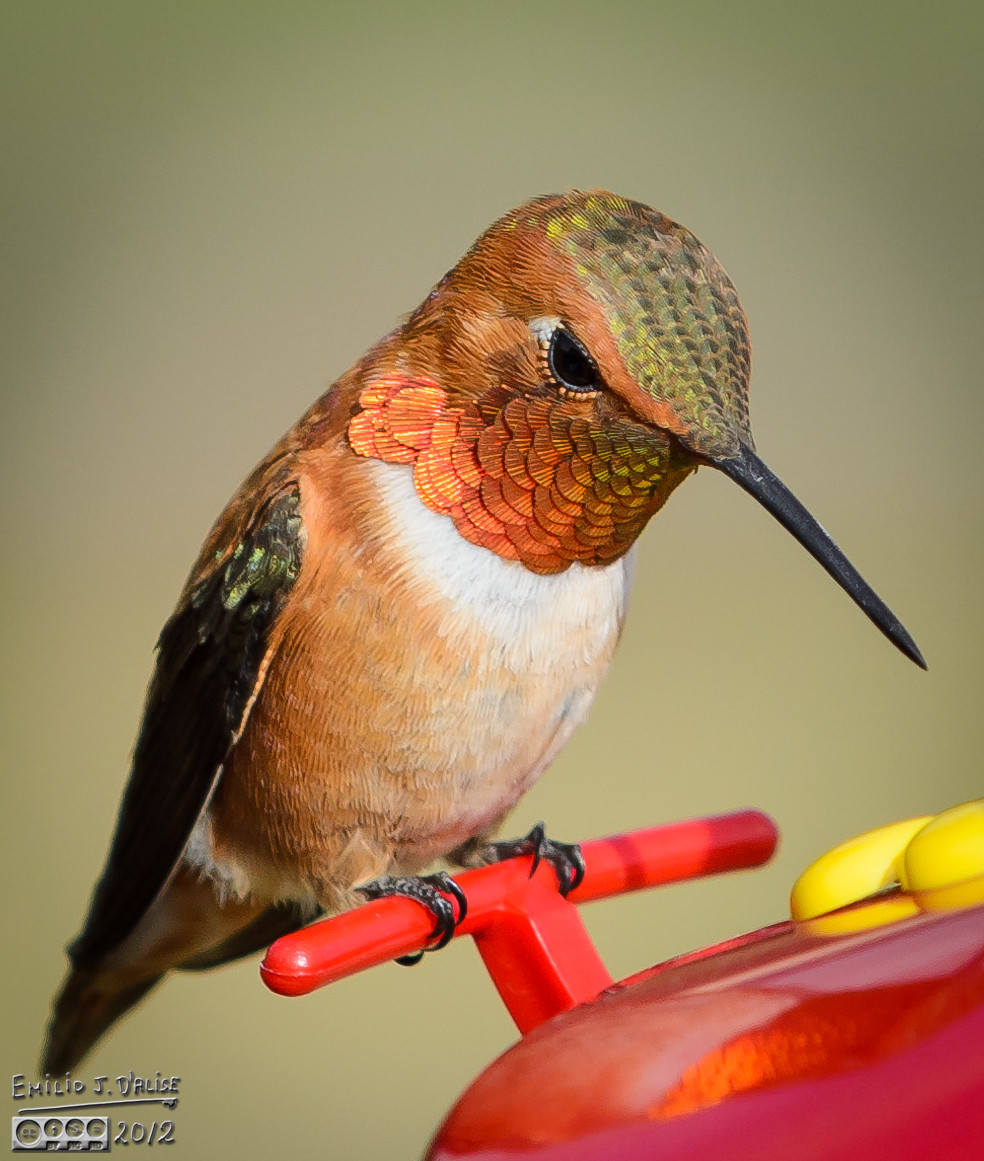 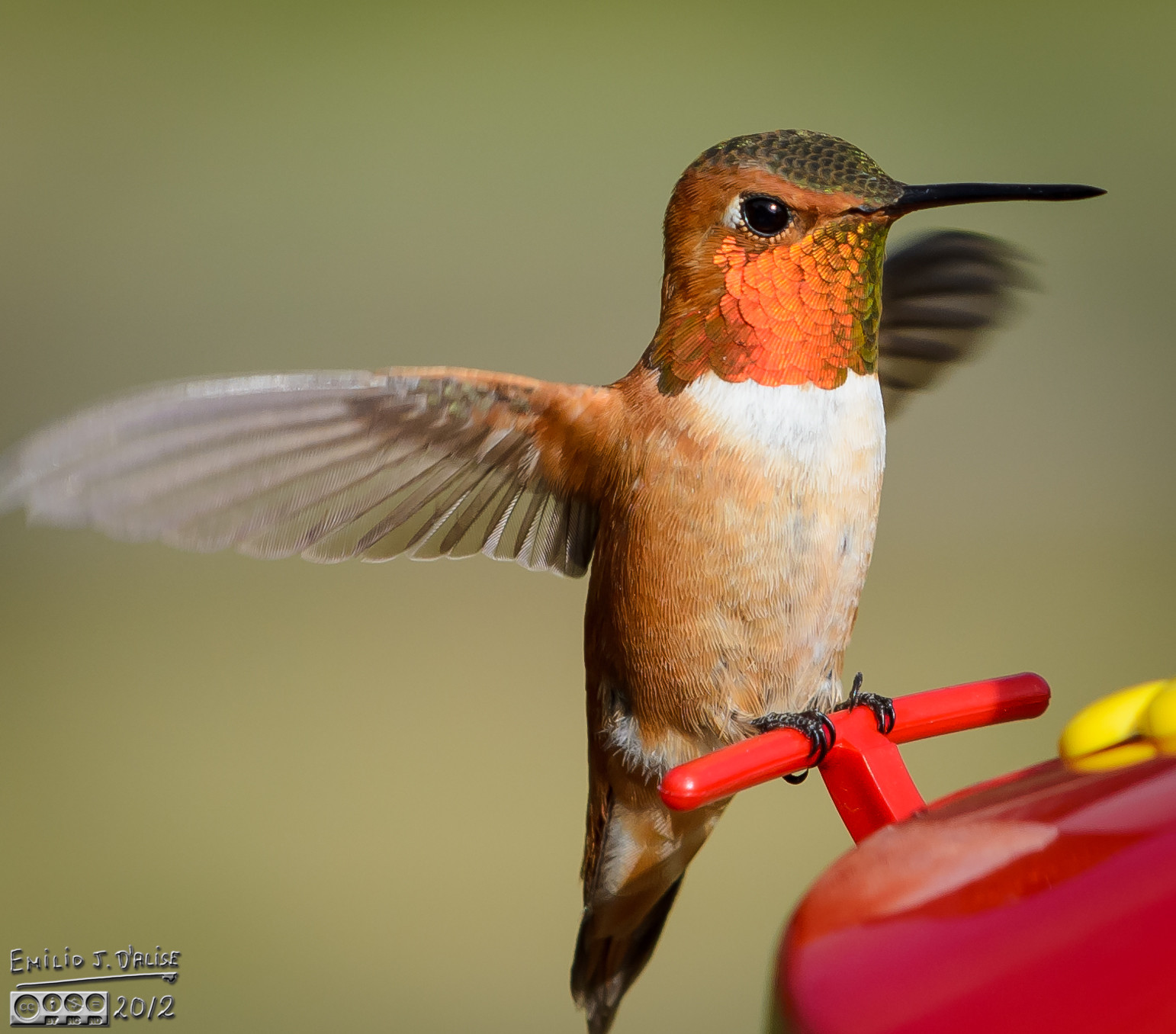