Reader Dom called my attention to today’s BBC Science in Action program, which contains several items of interest. You can hear the 35-minute show by clicking on the site below and clicking “listen now”: 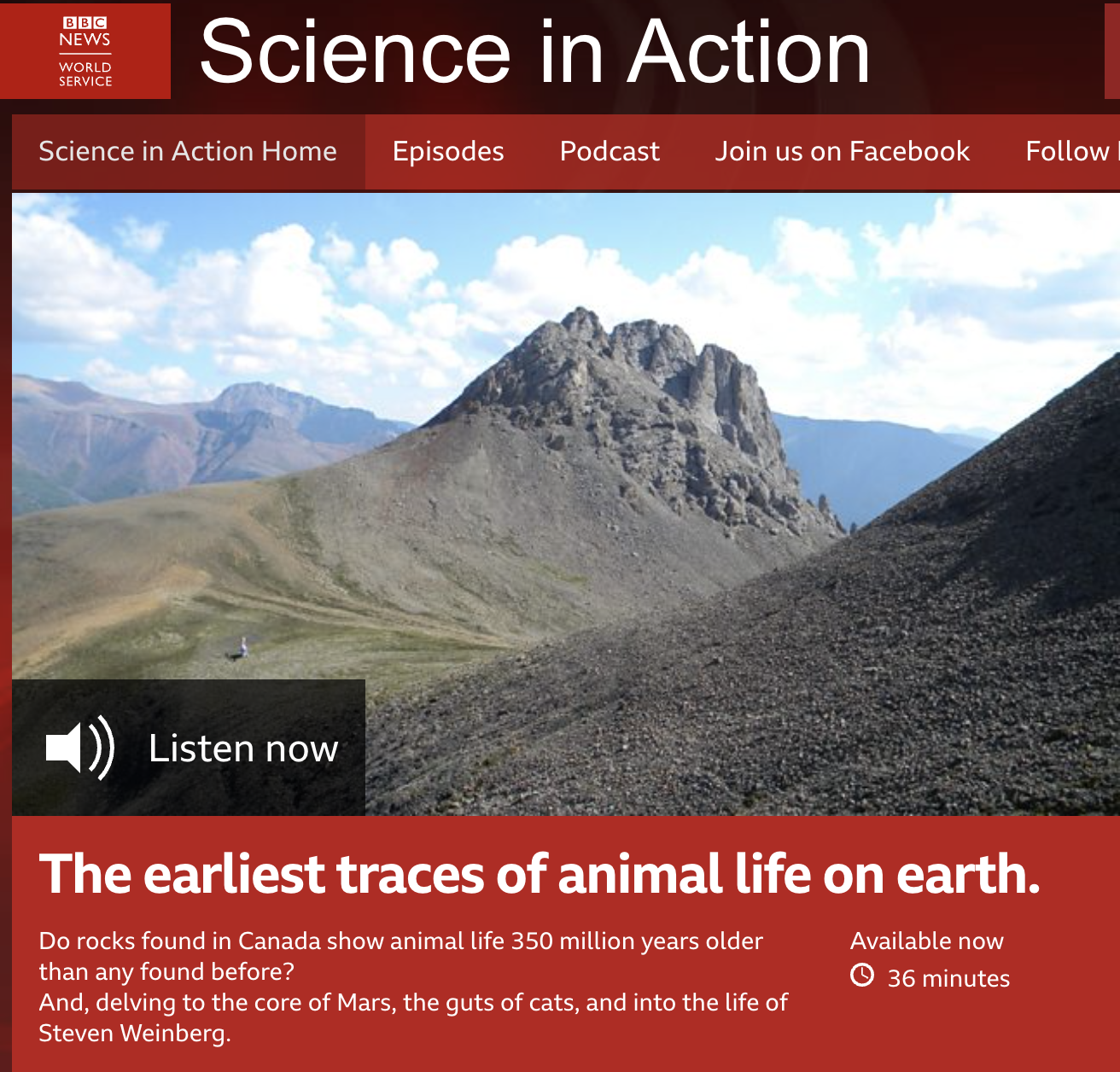 There are four bits:

Start – 12:20.  A discussion with Elizabeth Turner about her new evidence for 890-million-year-old animals (spongelike creatures), which I wrote about yesterday.

12:20-18:55.  A discussion with Cambridge University’s Dr Sanna Cottaar about the “Insight” probe on Mars’s surface and scientists’ attempt to deduce the structure of the planet.

18:55-26:45: Prof Lesley Lyons from the University of Missouri discusses the similarity of the genome of cats to that of humans, and how that could be used for medical purposes in humans. I’m not keen on this because it implies that they’re going to experiment on cats. As she says, “they’re bigger than mice and cheaper than primates”.

26:45-end:  A remembrance of Steven Weinberg, who died a week ago. There are extracts from two BBC interviews with Weinberg as well as discussions of his work by fellow scientists.

One thought on “Some science listening from the BBC”