Today’s photographer is Doug Hayes of Richmond, Virginia, but instead of his “Breakfast Crew” series we see the (de)predation of an osprey.

Doug’s commentary is indented; click on the photos to enlarge them.

Some shots from one of my osprey (Pandion haliaetus) photography trips to Mayo’s Bridge in Richmond, Virginia. This is a great spot to photograph ospreys, cormorants and herons, especially during an American shad (Alosa sapidissima) run when the fish migrate from the ocean to freshwater rivers and streams to spawn, running a gauntlet of ospreys, eagles and other predators. Shad that survive the perilous journey then return to the ocean.

I saw this bird hit the water pretty hard. When it came up, it just floated for a while instead of immediately taking off with a fish or circling for another try. I thought maybe that it had been stunned or injured, as it was actually drifting downstream. 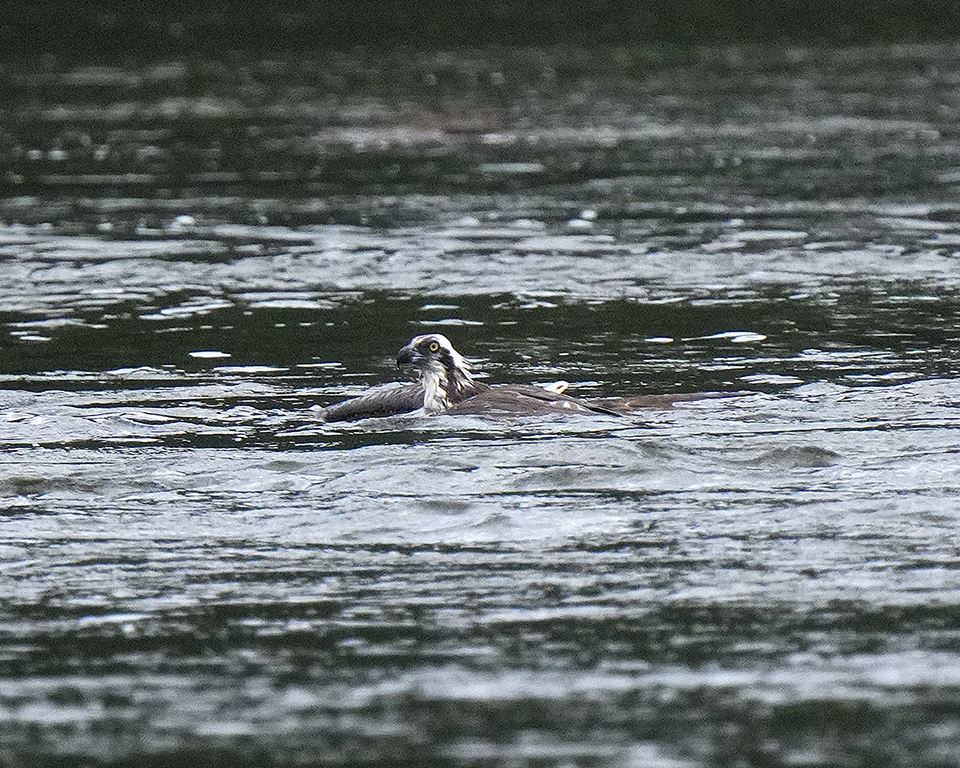 Then it started to flap its wings, struggling to get airborne. 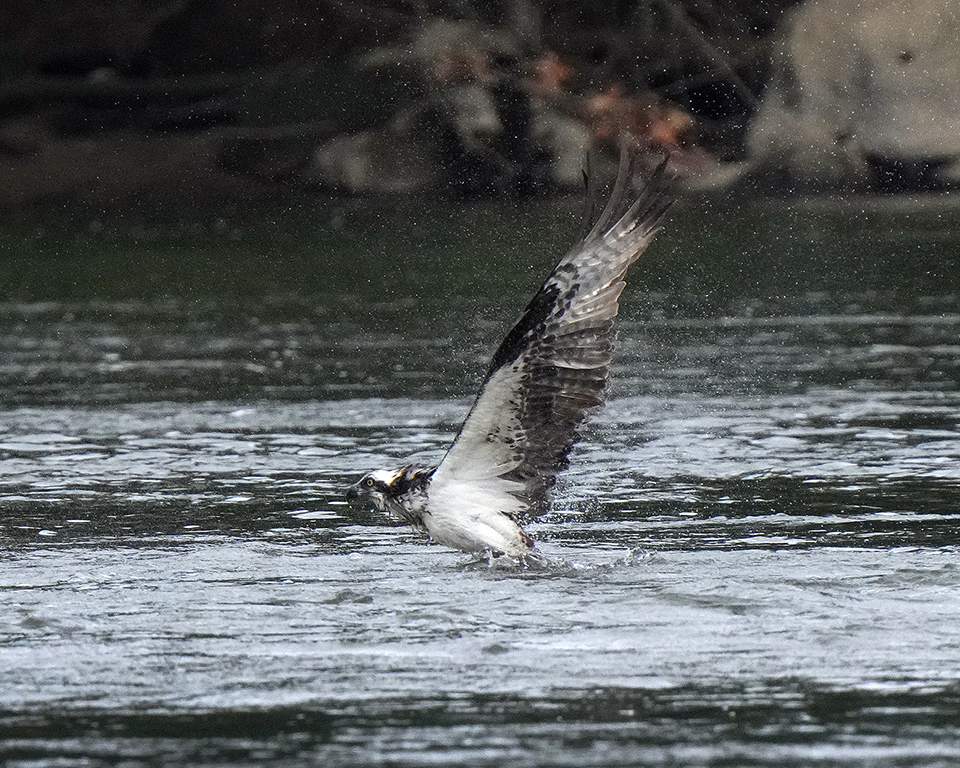 After a few seconds, I realized what the problem was: the osprey had snagged a large fish that was not having having any part of becoming breakfast. It was actually pulling the osprey back to the water! 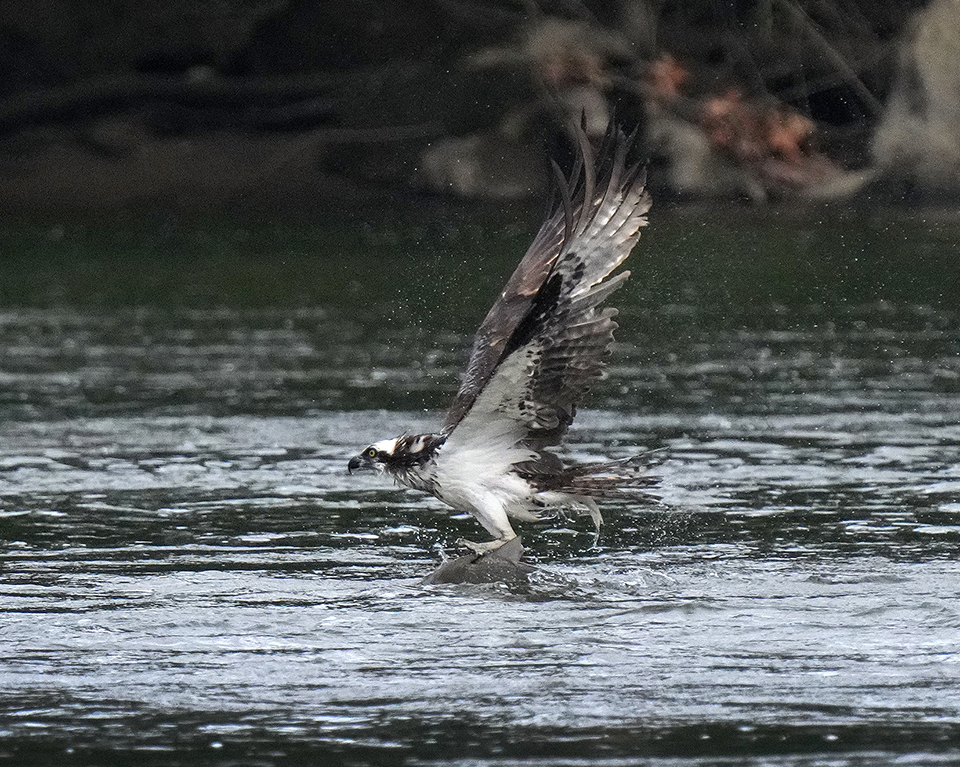 “This is a revolting development!” 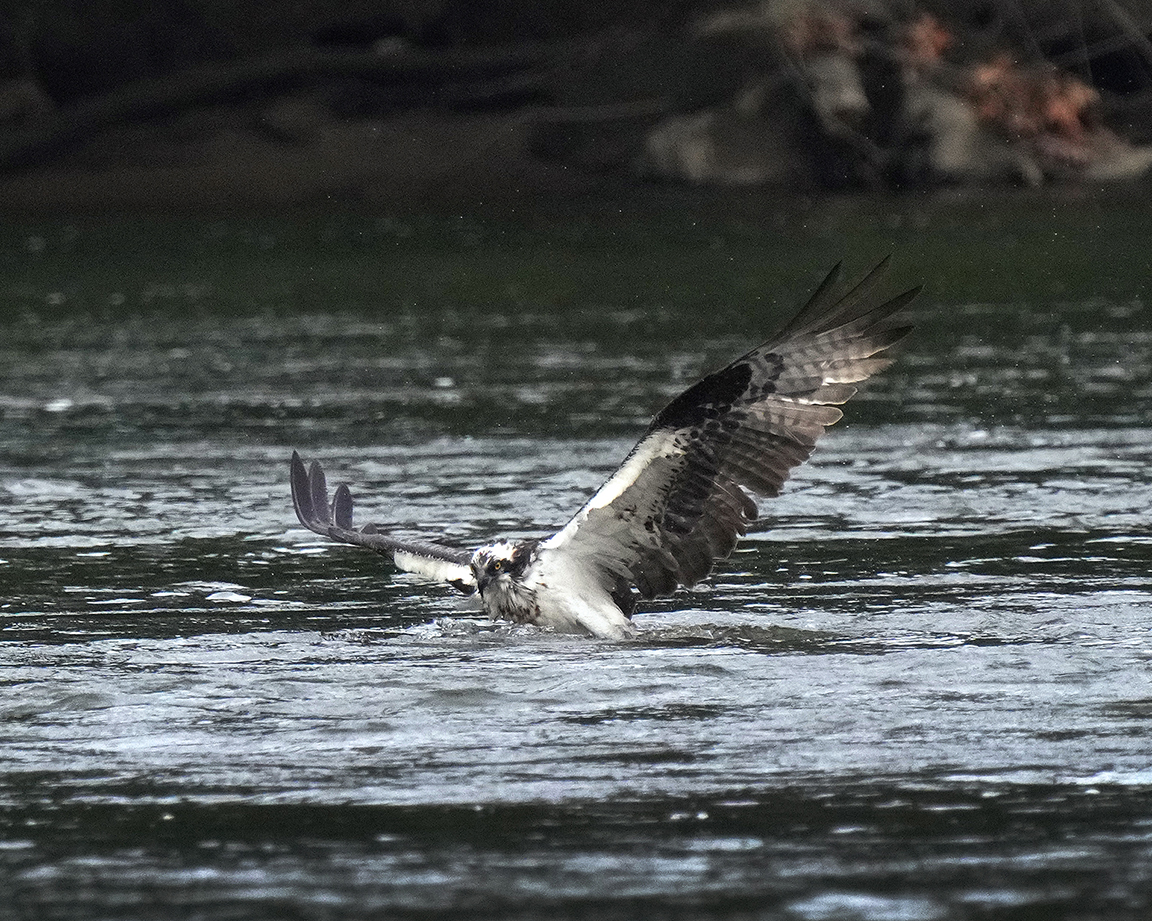 Round one goes to the fish! The osprey looks a bit embarrassed here. 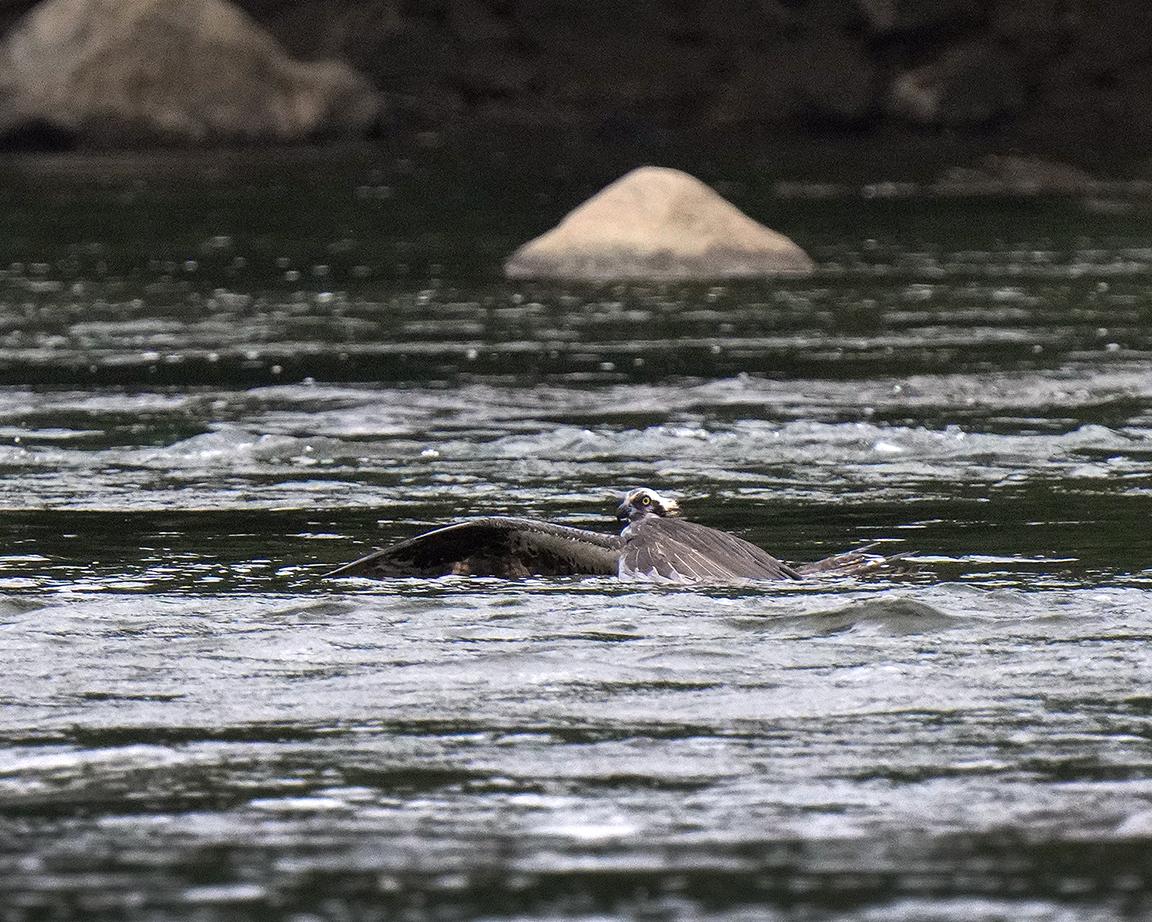 The osprey puts its back into it and slowly starts to pull the fish from the water. 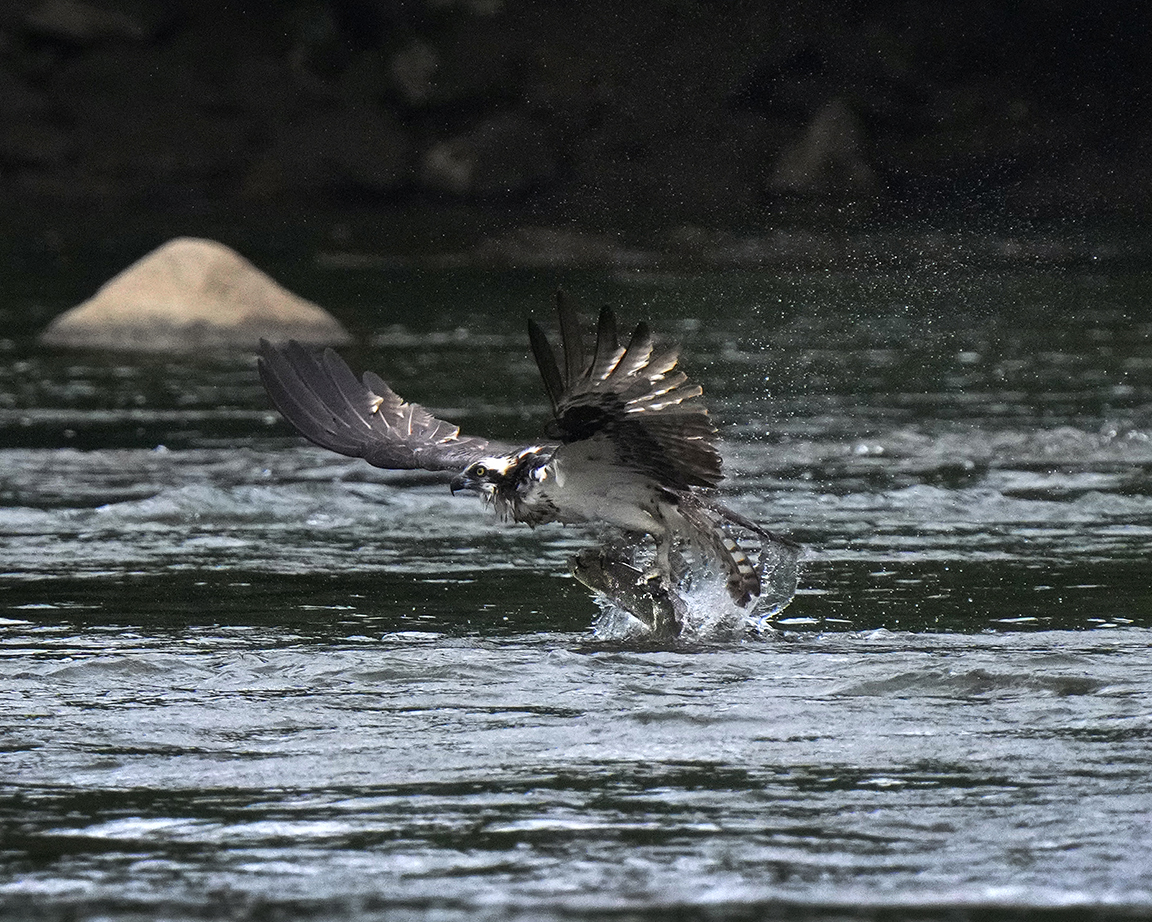 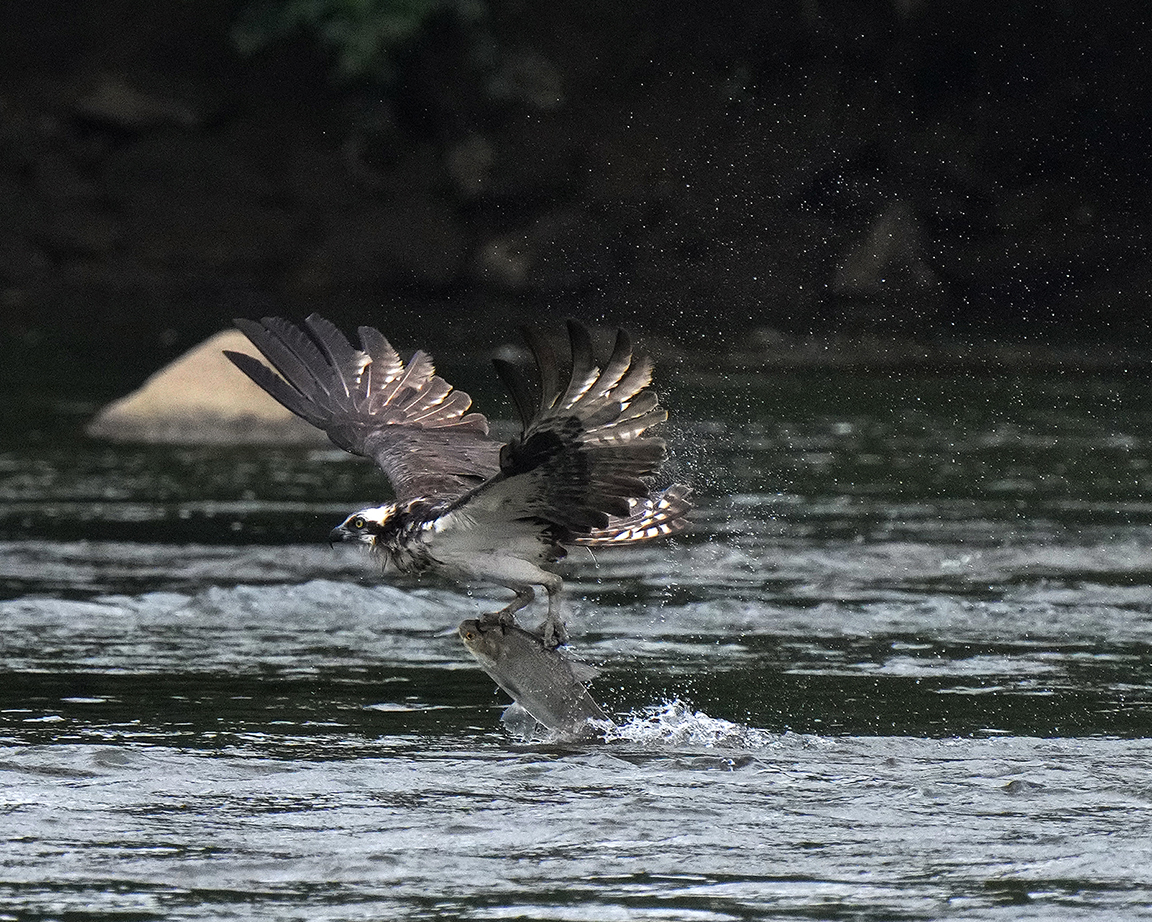 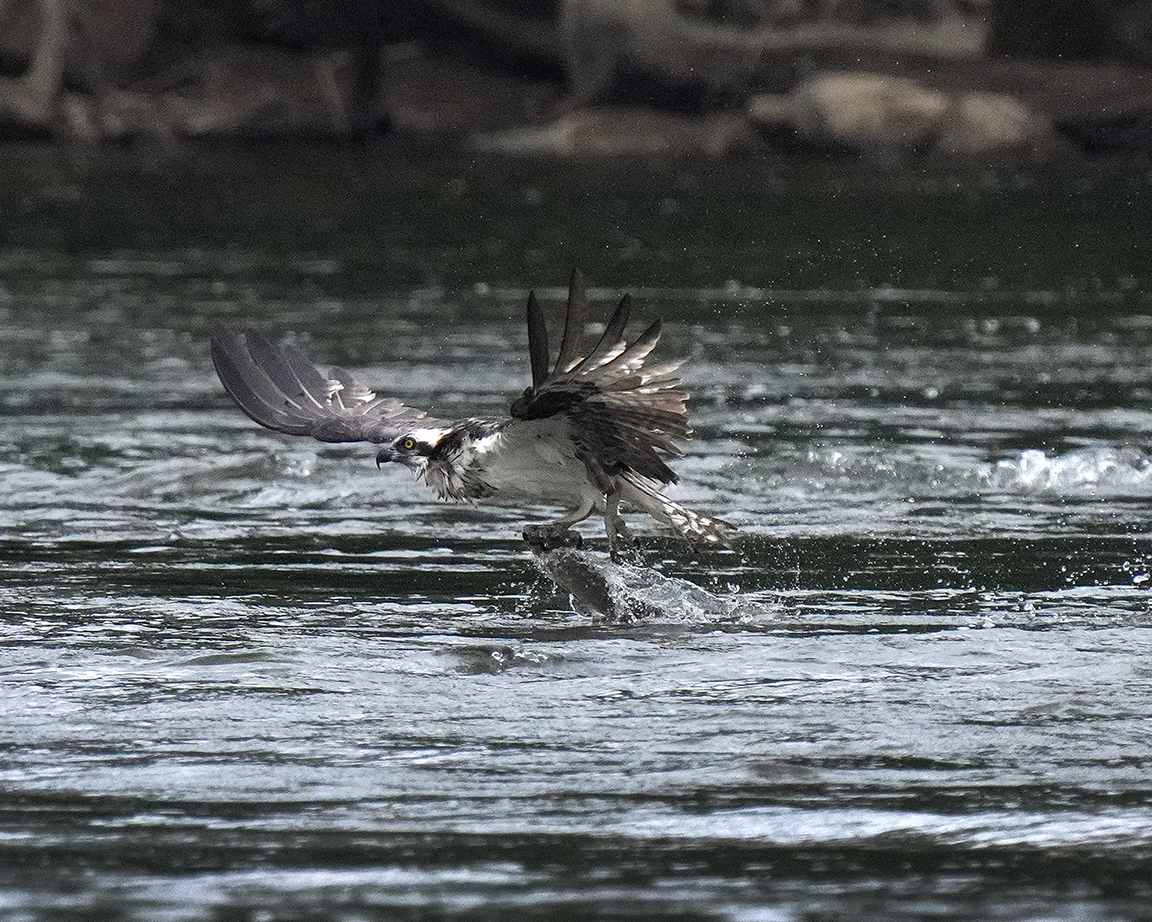 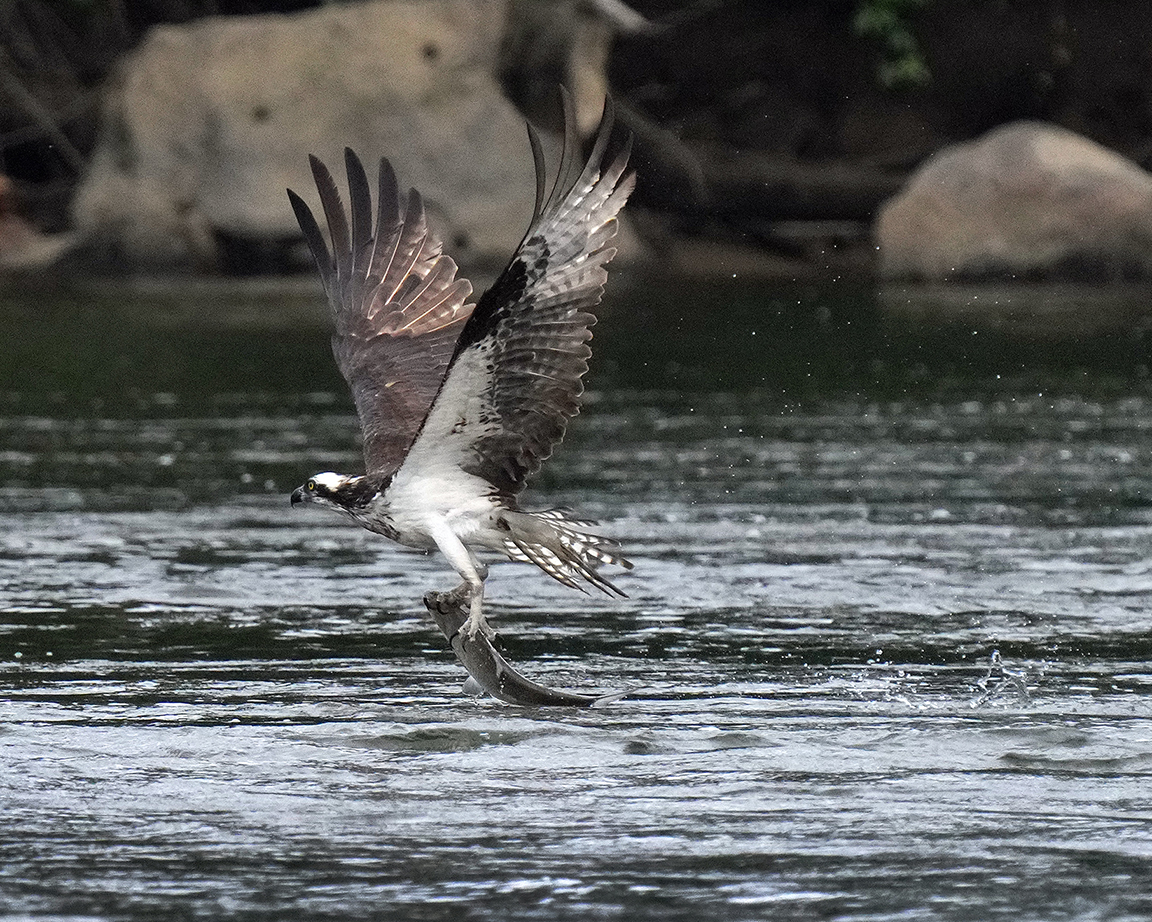 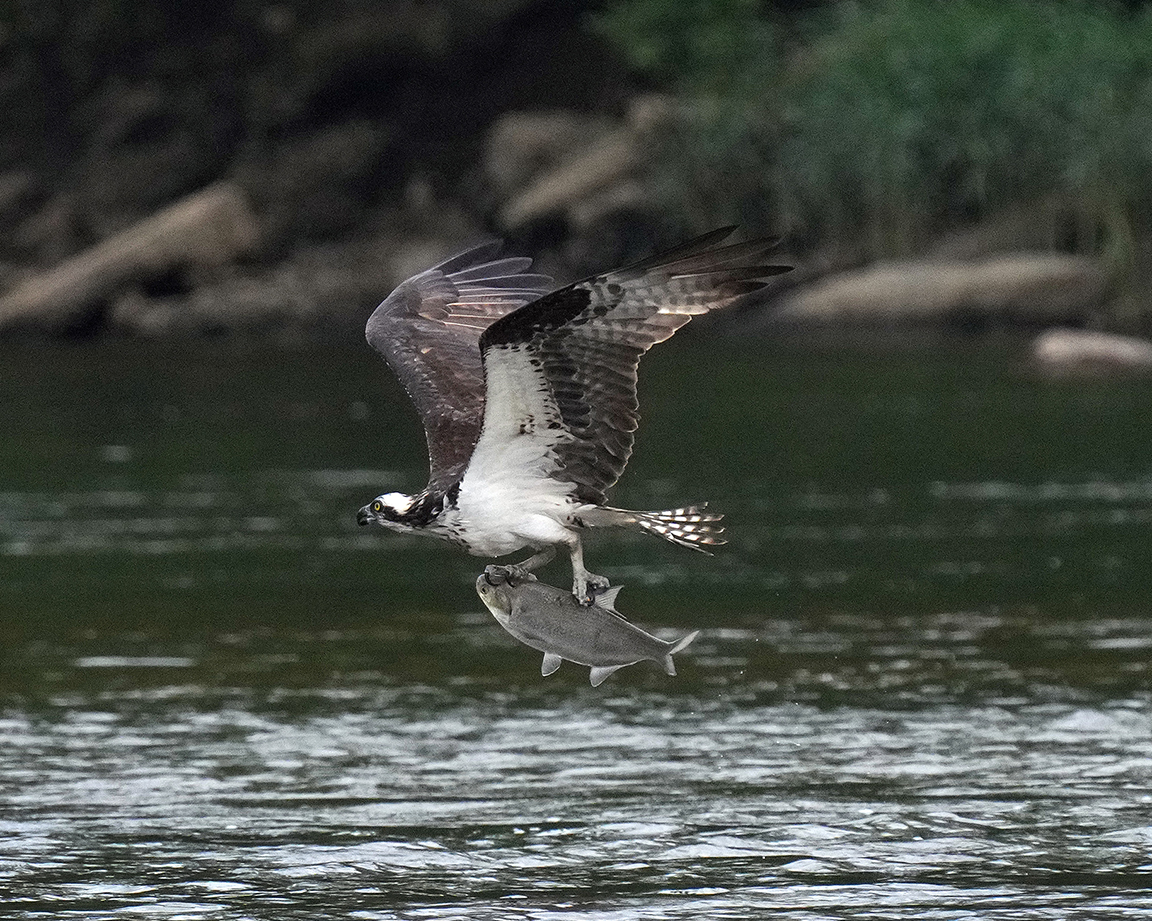