So get this: after duck feeding time this morning, three guys from Facilities came to the edge of the pond with a cardboard box. By the time I had walked up to them to find out what was going on, they had already dumped six newborn mallards, without a mother, into the pond. They apparently had rescued the babies from a sewer.  When I told them they shouldn’t have dumped the babies into the pond, as they would die for sure, they blew me off and said, “Oh, somebody will adopt them.” And then they walked away.

Not a chance in hell of adoption, of course: the adults immediately came over to attack them. Had the facilities guys just handed me that box of ducklings, i could have immediately driven it to the rehab person.

There was only one recourse: I changed into my “duck rescue clothes”, which I didn’t think I’d have to don this year, and waded into the pond channel with a fly net.

It’s hard to rescue baby mallards, for when you get close to them they dive and swim underwater for many feet, surfacing in a random spot. That, of course, is adaptive antipredator behavior, but it makes it damn hard to catch them. The water is up to my waist, and there are several feet of mud on the bottom, not to mention rocks and tree roots (I did it barefoot). It was a tough job.

Finally, after 45 minutes in cold water with a slimy, muddy bottom, I got all six! I was so happy! I was helped by two people: my duck colleague Jean Greenberg, who dried off each duckling as I caught it, and a very kind passerby named Sarah who helped guide me to the little ducklings as they surfaced. Sarah, I didn’t get your last name, but get in touch with me if you read this.

After I got them all, and they were dried, I took them to the Chicago Bird Collision Monitor rehab woman in Hyde Park, who will have them taken to the Willowbrook Wildlife Sanctuary tomorrow.

So that’s been my day. The ducklings may not all survive, but they surely would all have died in the sewer or the pond. So I am feeling good.  I did rip my scalp open on a branch while wading in the water (the ducklings tend to hide under low-hanging tree branches), but a few weeks of antibiotic cream should fix that.

Below are several of the babies after Jean dried them off. They’re clearly newborns.

Look at these cuties! Now they are six. 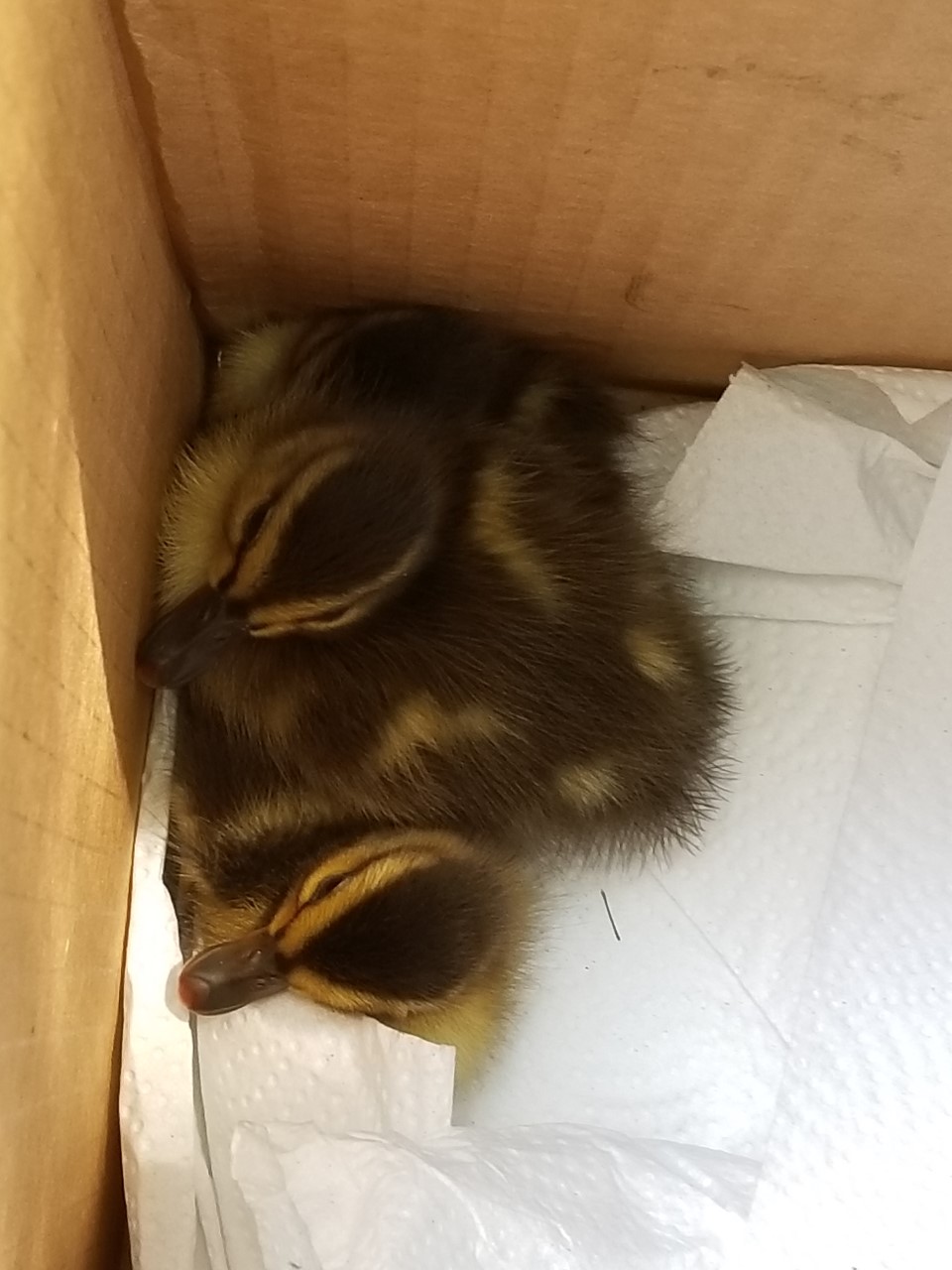 People! DO NOT DUMP BABY DUCKLINGS IN A POND! THEY WILL DIE FOR SURE. THEY DO NOT GET “ADOPTED”.  And if you’re in Hyde Park and have a baby mallard or any other injured bird, please get in touch with me, and I’ll ensure it’s taken care of properly.

There will be no more postings today as I’m exhausted, injured, and have no energy left. But it was worth it for sure.

23 thoughts on “I rescued six ducklings!”