This morning I was interviewed by Iona Italia on her “Two for Tea” podcast, designed to enlighten listeners as well as to support Areo Magazine, of which Iona is Editor-in-Chief. The podcast has featured guests with expertise on science, religion, humanism, philosophy, freedom of speech, and so on—much like the contents of Areo—and has been running for three years.

My interview should be out in a few weeks, but the last half of it will be for subscribers only. You can become a patron here; the $1/month memberships are sold out, so your minimum contribution is $5 a month, though I’m told that if you’re poor you can get a one-time $1 link. And, at any rate, the first half is free. I’ll post a link when it’s up.

While looking at who’s been interviewed, I saw that the latest episode (second link below), features Richard Dawkins, talking mostly about the themes of his new book on science writing (first link below). It’s Richard’s version of Pinker’s A Sense of Style, I guess, and I’m looking forward to seeing what he has to say on his philosophy of writing popular science. Some of his books, like The Blind Watchmaker, represent, to me, a near-perfect fusion of lyricism and science. And although I can’t aspire to write anywhere near as well as he, he’s been a role model of both clear and moving science exposition. You can order the book from Amazon by clicking on the link below. 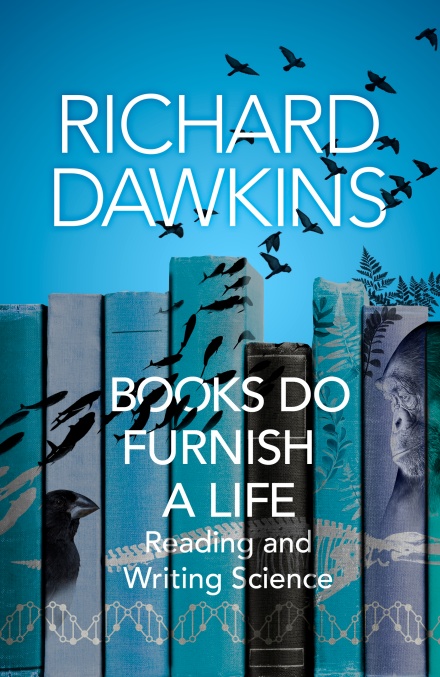 I listened to the free 24 minutes of the podcast, and if you’re already very familiar with Dawkins you may not learn much that is new, but it’s a good way to spend an hour (or half hour) on a lazy Fourth of July. Here are the timestamps for Dawkins podcast, which unfortunately (if you don’t pay) stops right before the “literature and poetry” bit, which I’d much want to hear. I’d also like to know what his favorite book is.

At any rate, if you click on the screenshot below, you’ll go to the page where you can hear the first 24 minutes.

4:24 Why more non-scientists should take pleasure in science writing
6:15 Why it is important for scientists to write clearly
14:43 Continuously updated virtual reality
16:41 The genetic book of the dead
20:17 The extended phenotype
25:12 Literature and poetry
28:06 Misconceptions of the gene’s eye view
33:21 Misinterpretations of evolutionary biology and of Dawkins’ own work in particular
35:56 Defying our genes
36:16 Anti-Darwinian ethics
37:28 Threats to the understanding of science
39:20 Dawkins’ gift for satire
44:37 Dawkins’ own favourite work

While we’re at it, do note your favorite Dawkins book. If you’re into pure science, you might like The Selfish Gene or The Extended Phenotype, while if you favor popular science that’s a bit easier to read, you might like The Blind Watchmaker or Climbing Mount Improbable.

22 thoughts on “A new podcast: Dawkins on how to write popular science”