Thanks to several readers for sending in photos. I still can always use others, though, so keep this site in mind.

Today’s photos come from Andrew Furness, whose IDs and captions are indented. Click on his photos to enlarge them.

All these photos were taken in the last 6-months in South Florida. They showcase some of the wildlife of the region, including species introduced from elsewhere in the world and now firmly established. If readers are interested, I have a Flickr account where more of my photos can be seen.

A brown pelican (Pelecanus occidentalis) stretches while waiting for an easy meal on a fishing pier. 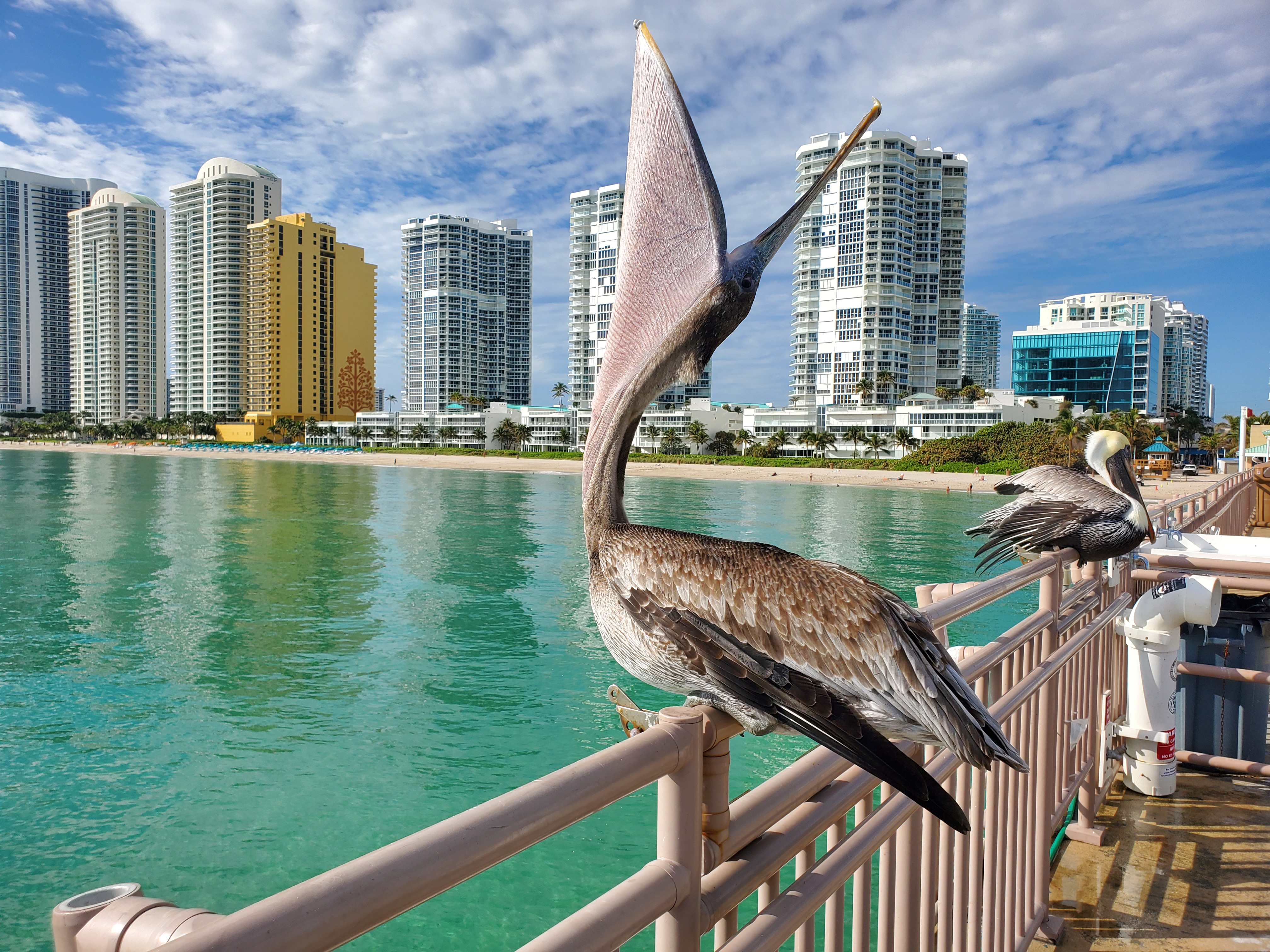 A male green iguana (Iguana iguana) bobs his head as a warning. 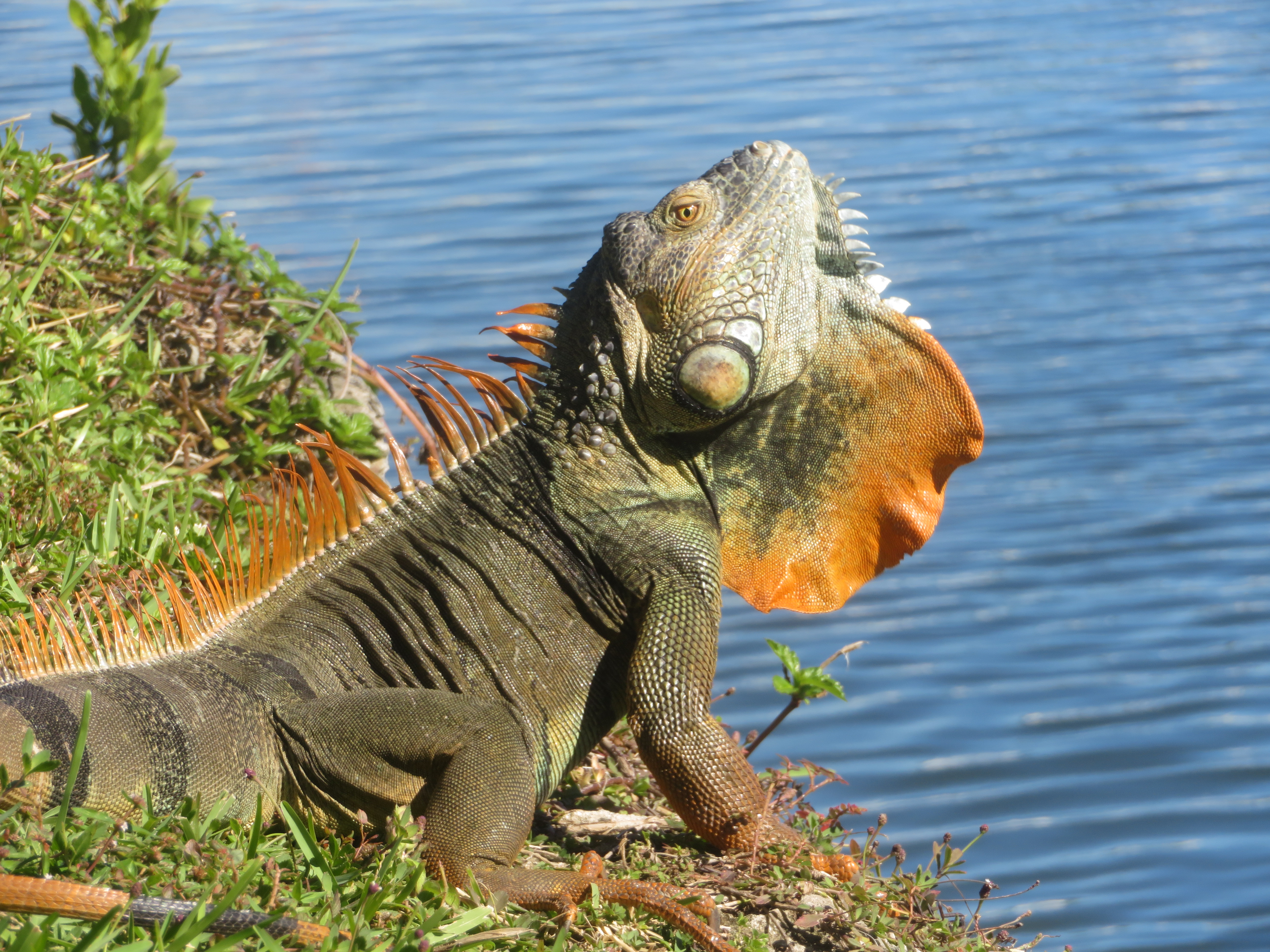 A pike killifish (Belonesox belizanus) lurks just below the water surface. This species, native to Central America, was introduced into Miami-Dade County in 1957 and is now established in South Florida’s waterways. It is a livebearer in the family Poeciliidae, the same family that includes guppies, mosquitofish, mollies, and swordtails. Remarkably, this single species has evolved a pike body shape and specializes in eating other fish. 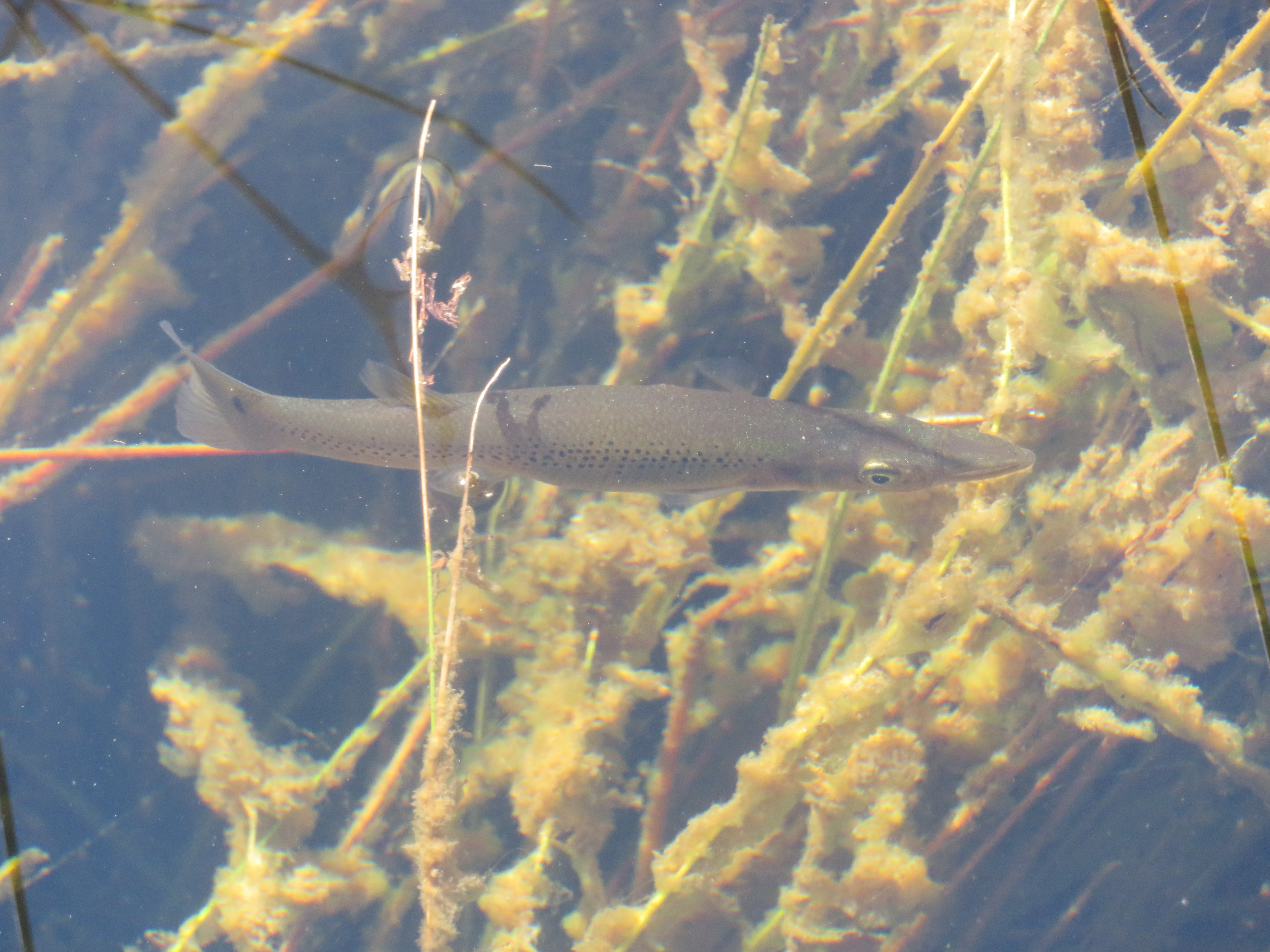 Closeup of the head of the pike killifish (Belonesox belizanus) revealing large jaws and needle-like teeth. 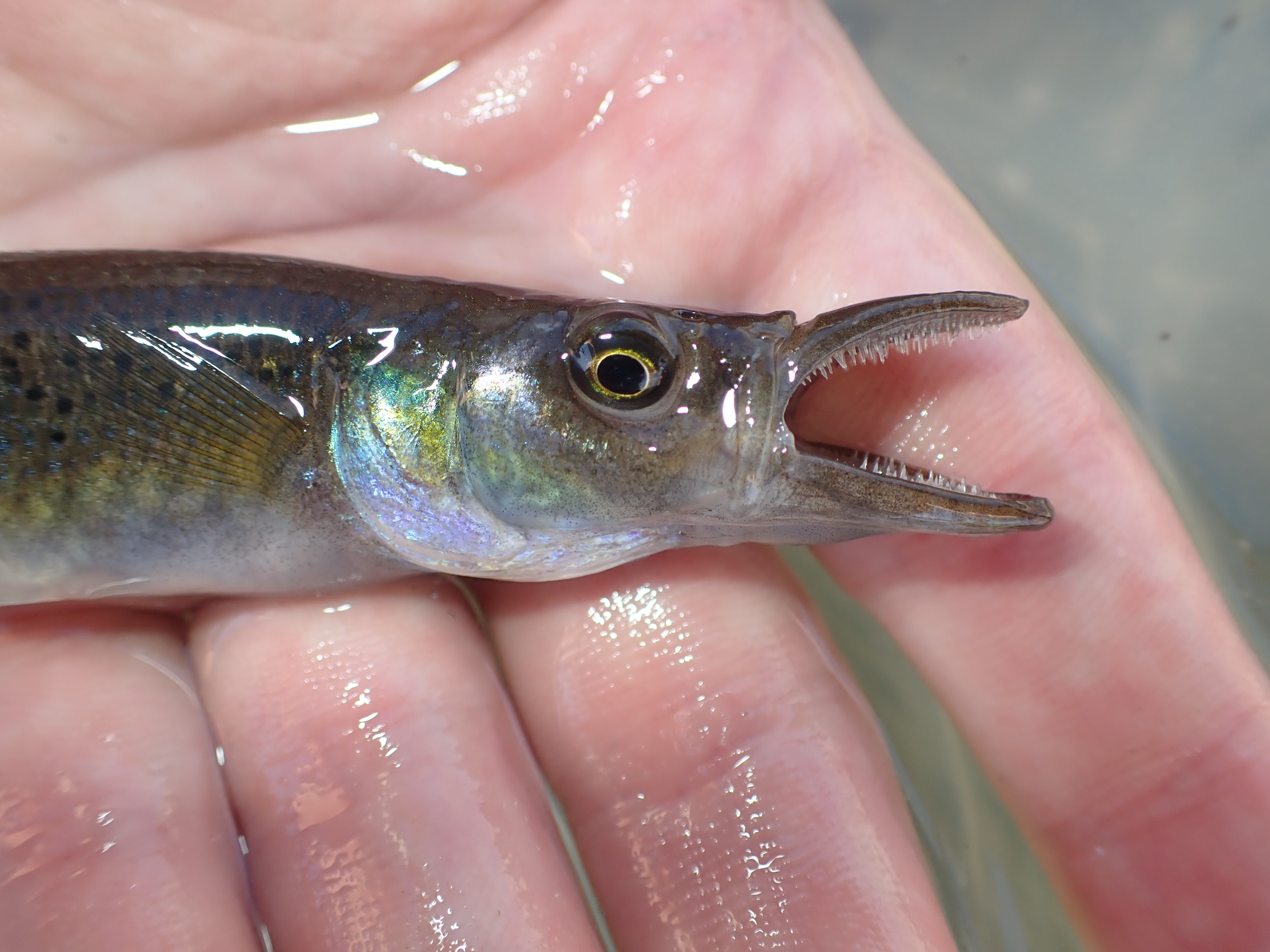 A common snapping turtle (Chelydra serpentina) with several leeches just above the head. 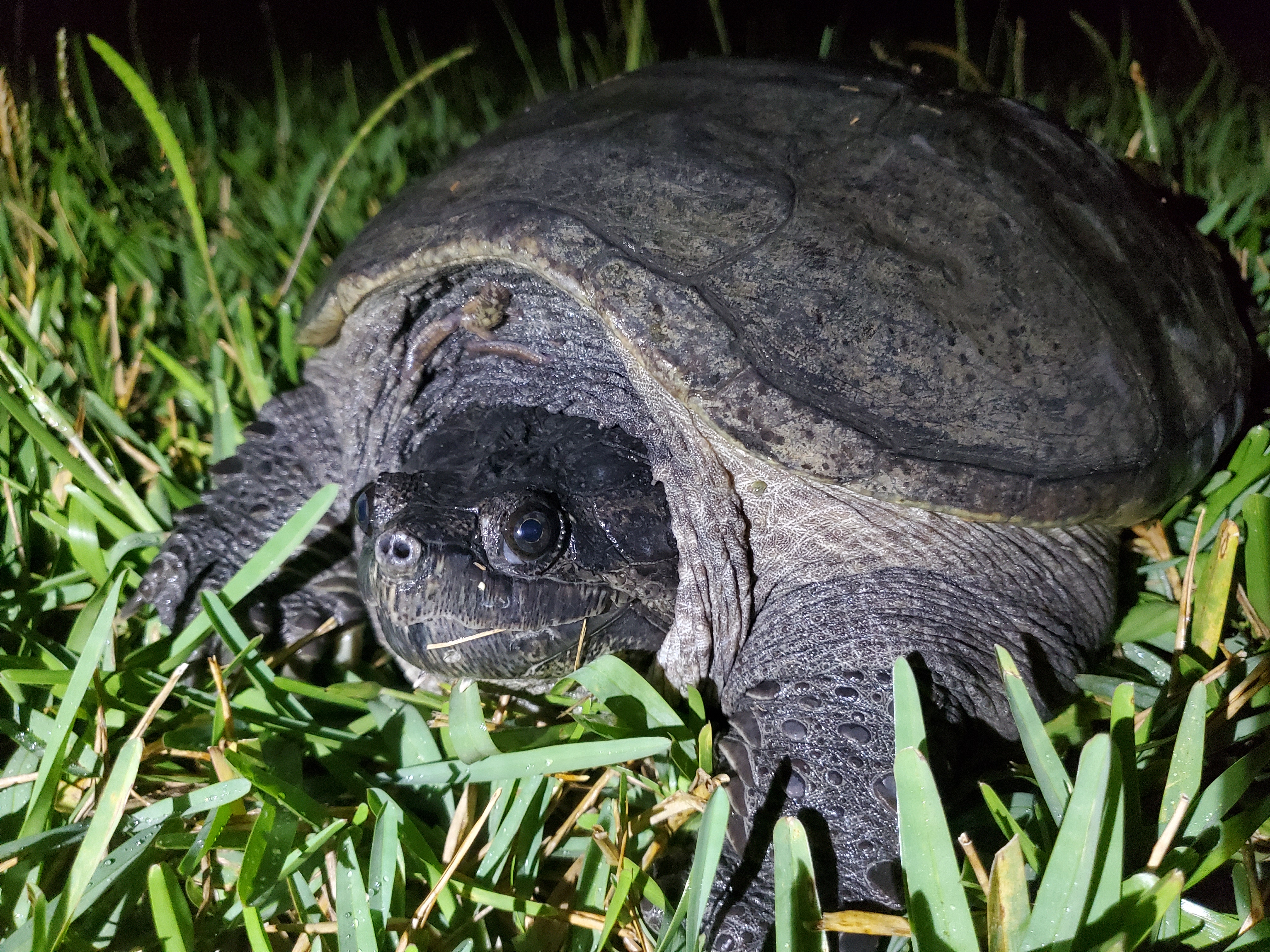 Brown water snake (Nerodia taxispilota). The snake was stuck in the plastic erosion-control netting. After taking a few photos I carefully cut the netting and freed the snake. 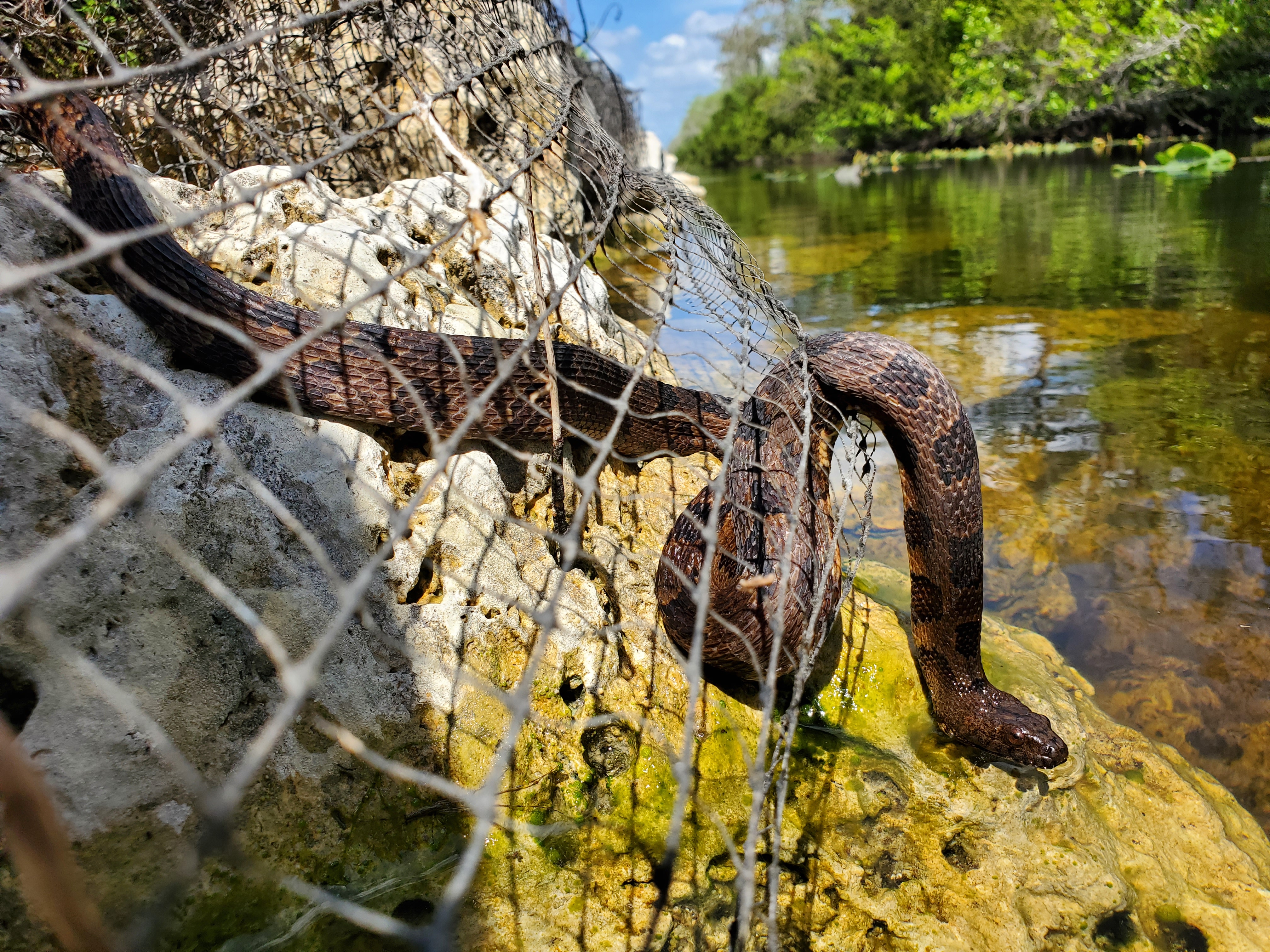 Muscovy duck (Cairina moschata) mother and her chicks. These ducks are a very common in the greater Miami area. 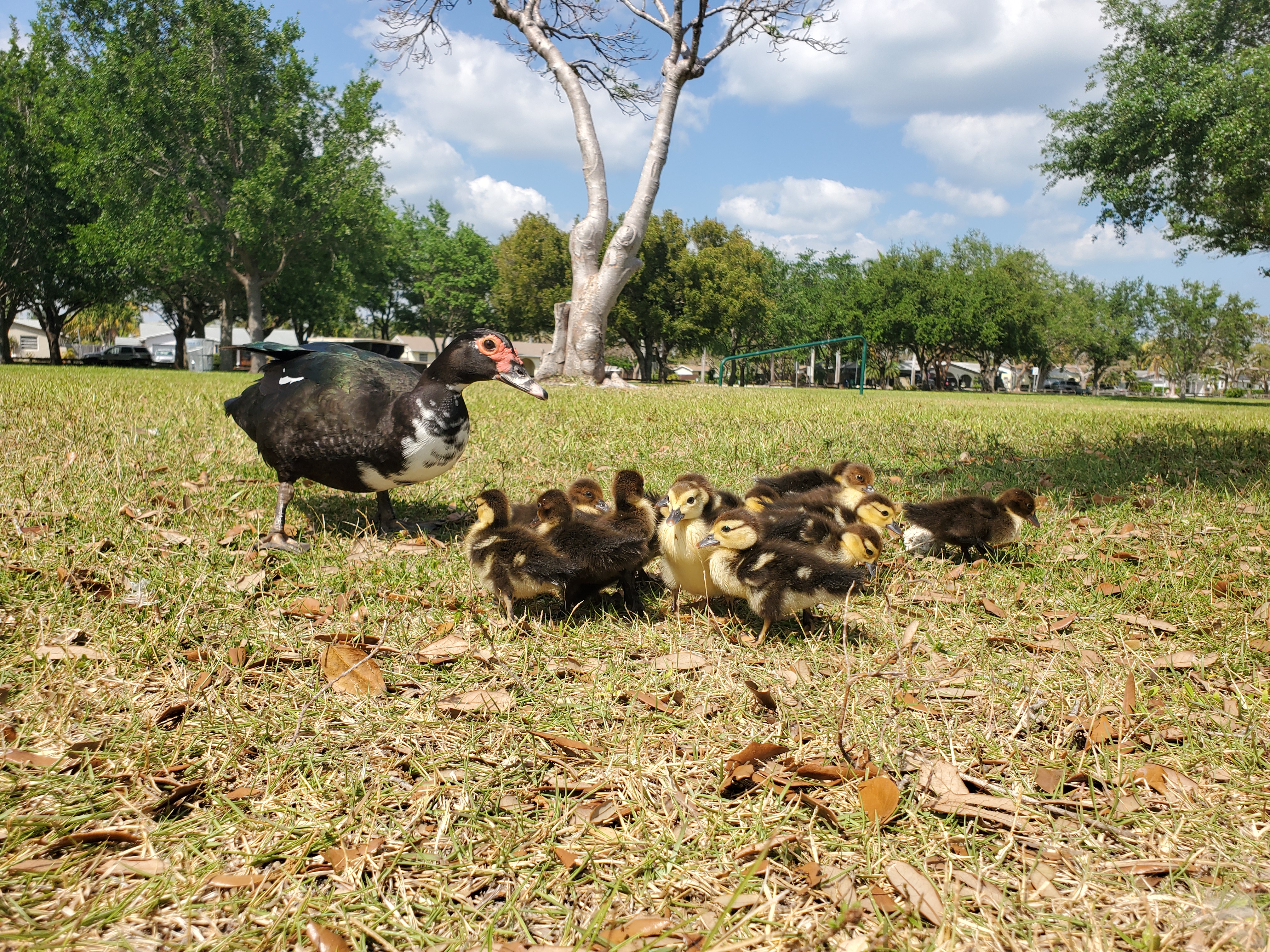 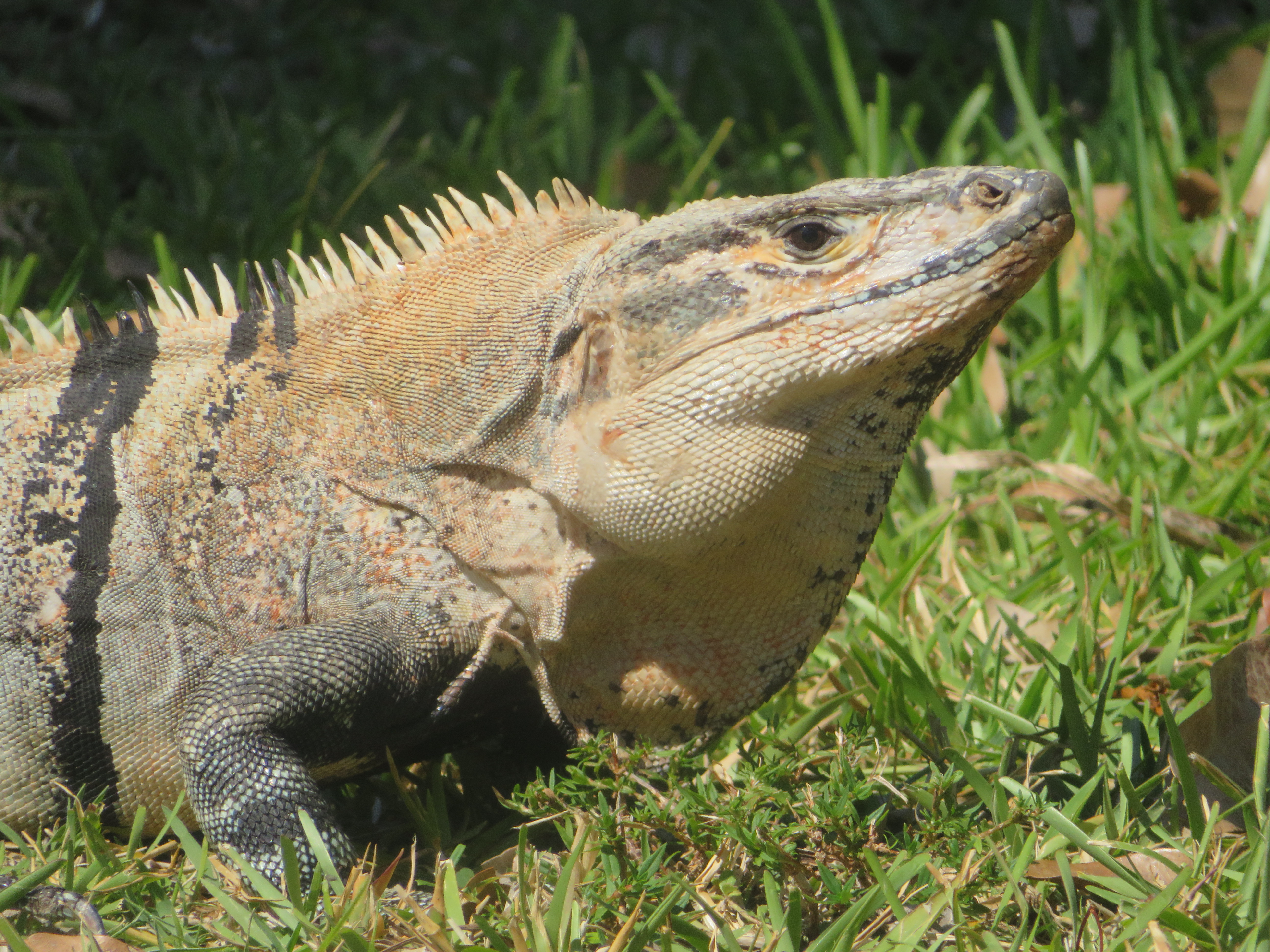 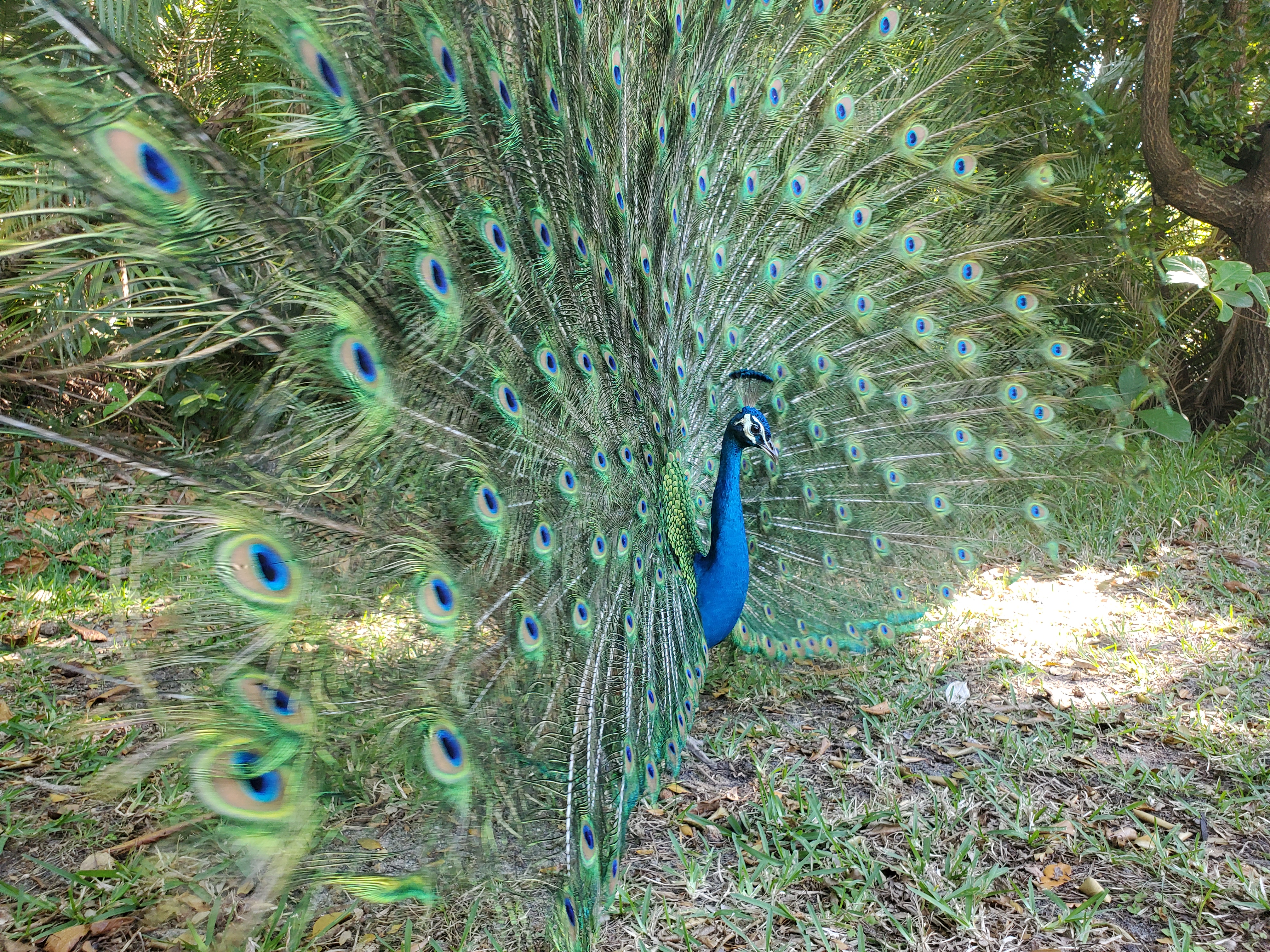 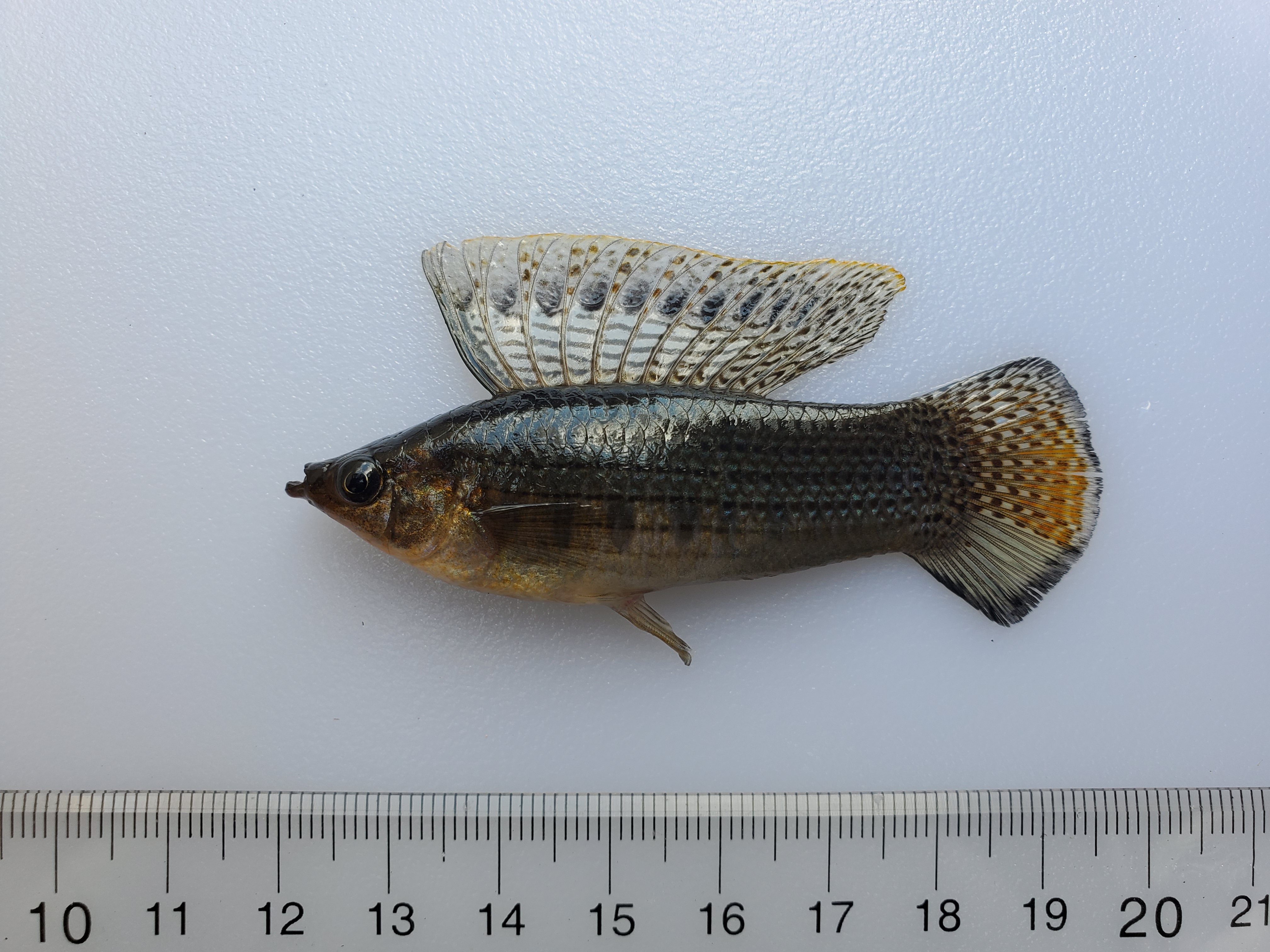 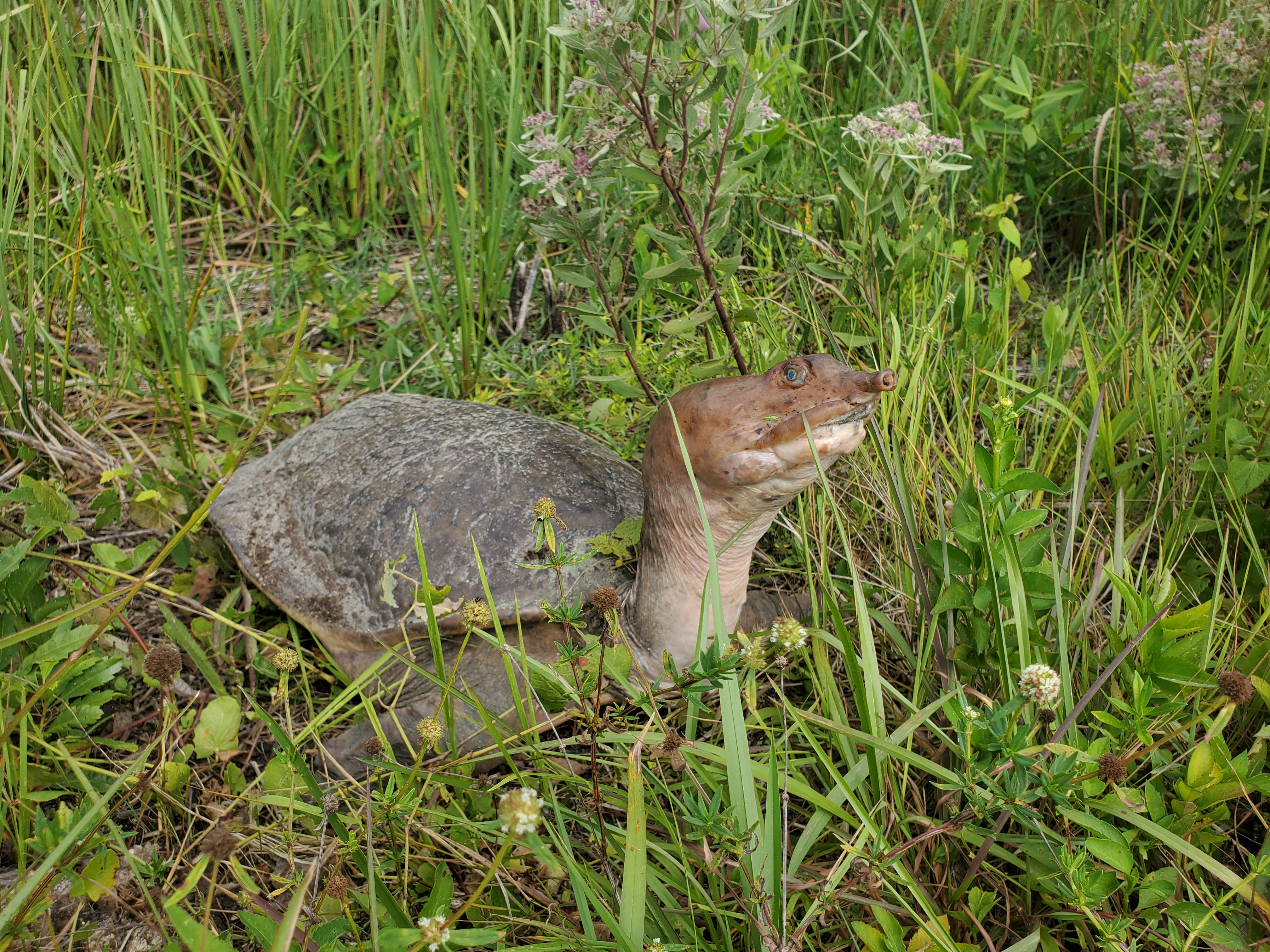 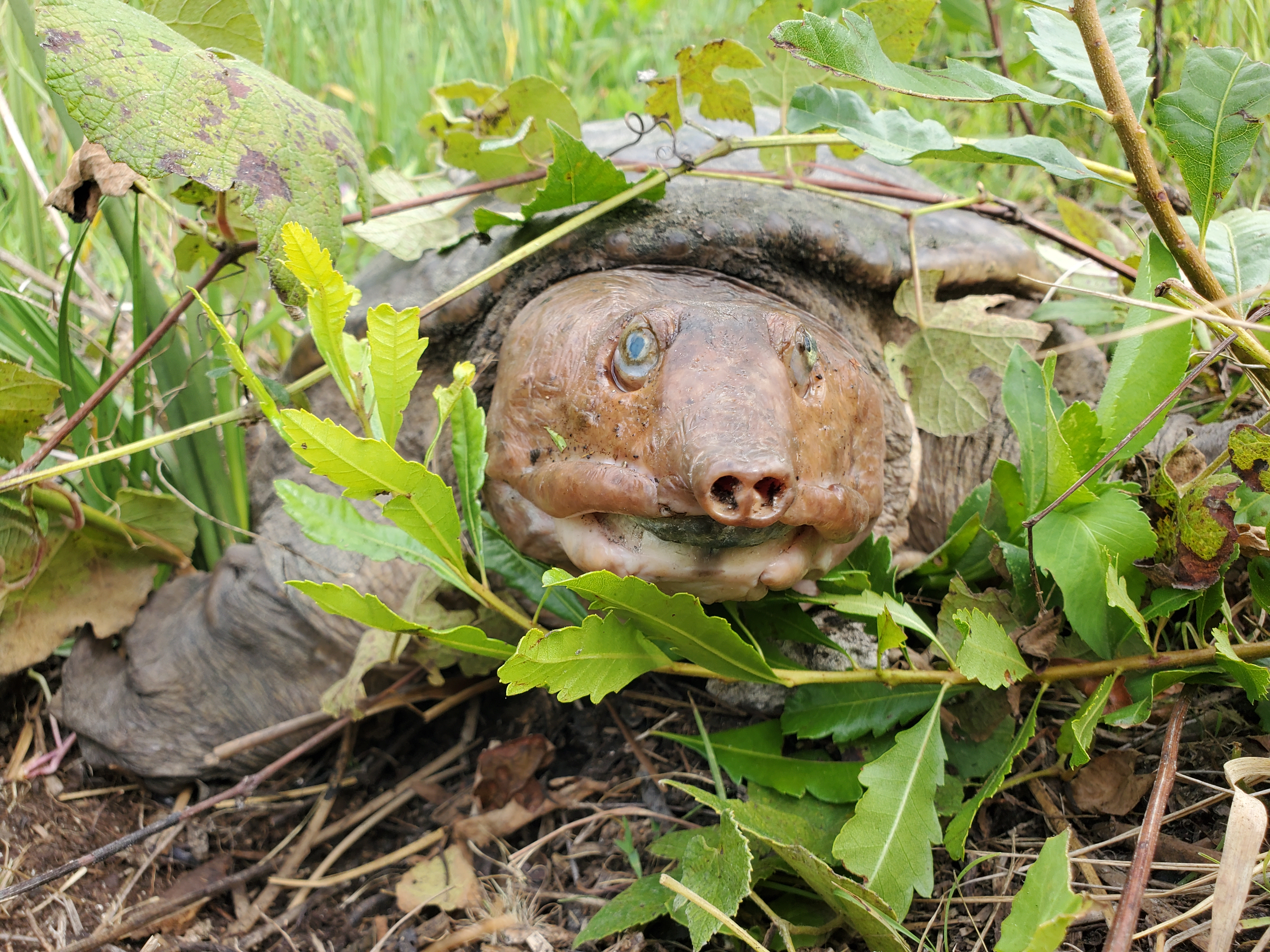 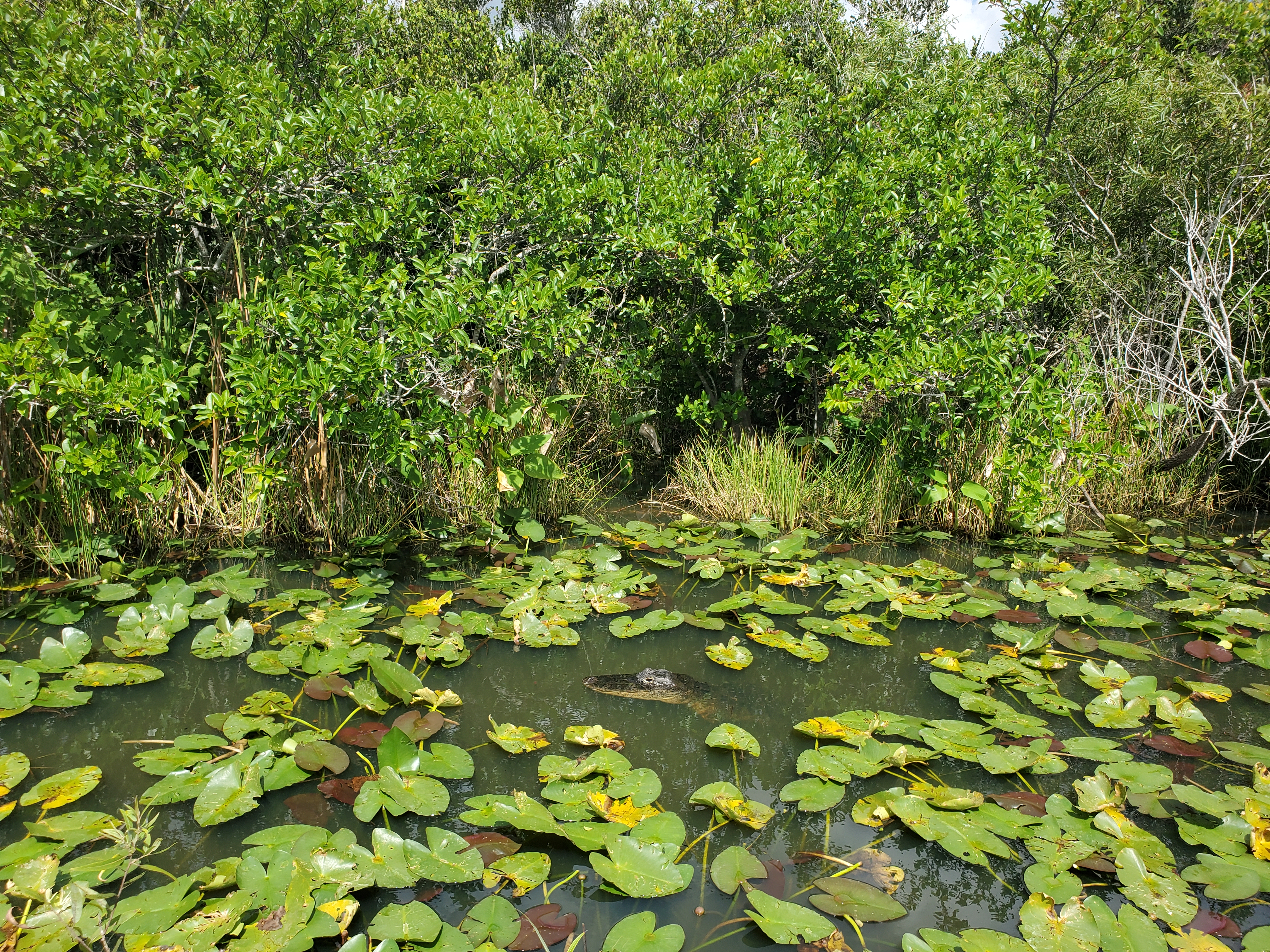 American alligator (Alligator mississippiensis) in a drying pool. The alligator, around 5 foot in length, appeared to be attempting to capture and eat schools of small poeciliid fishes swimming near the surface in the muddy oxygen-deprived water. 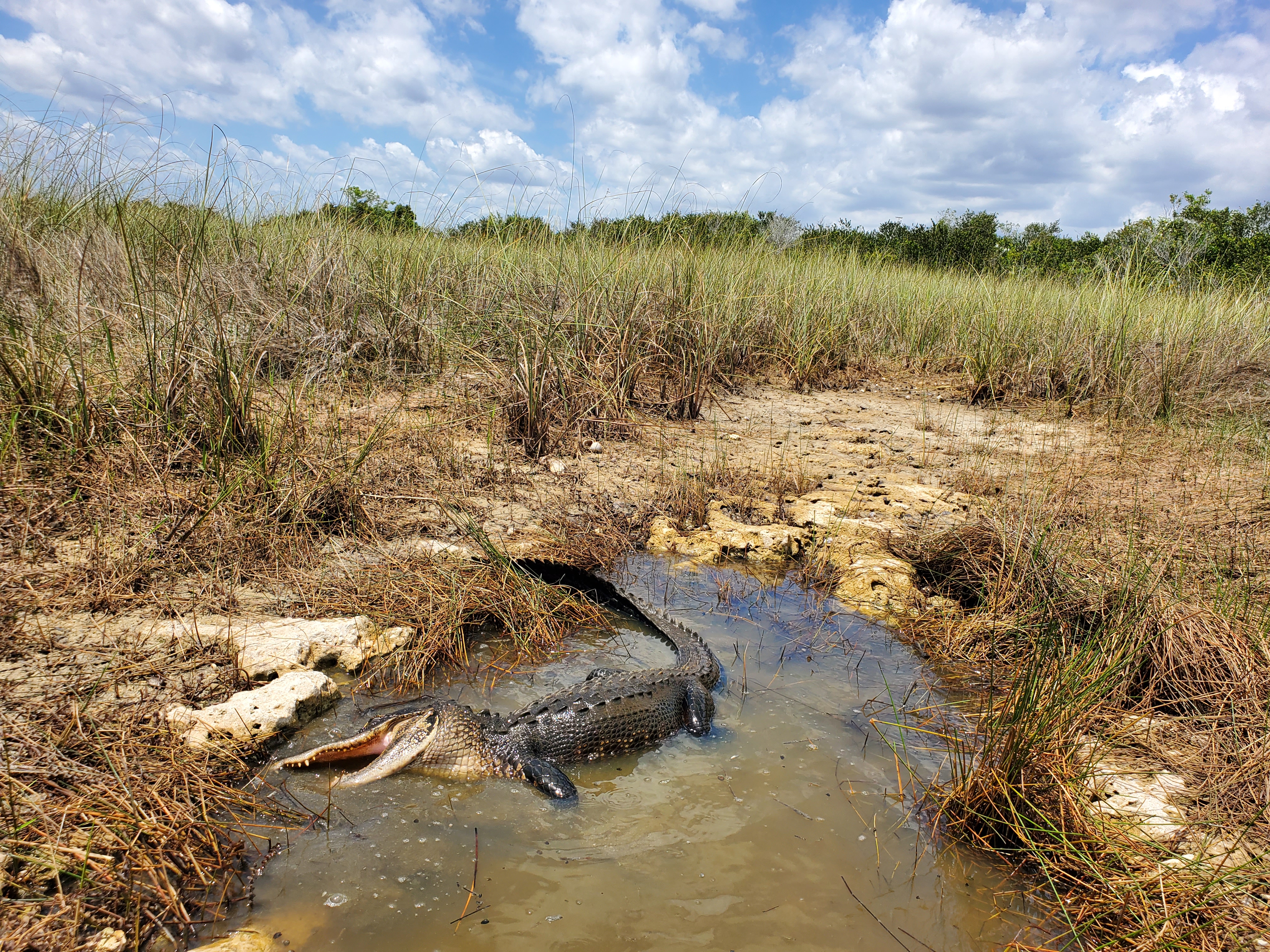 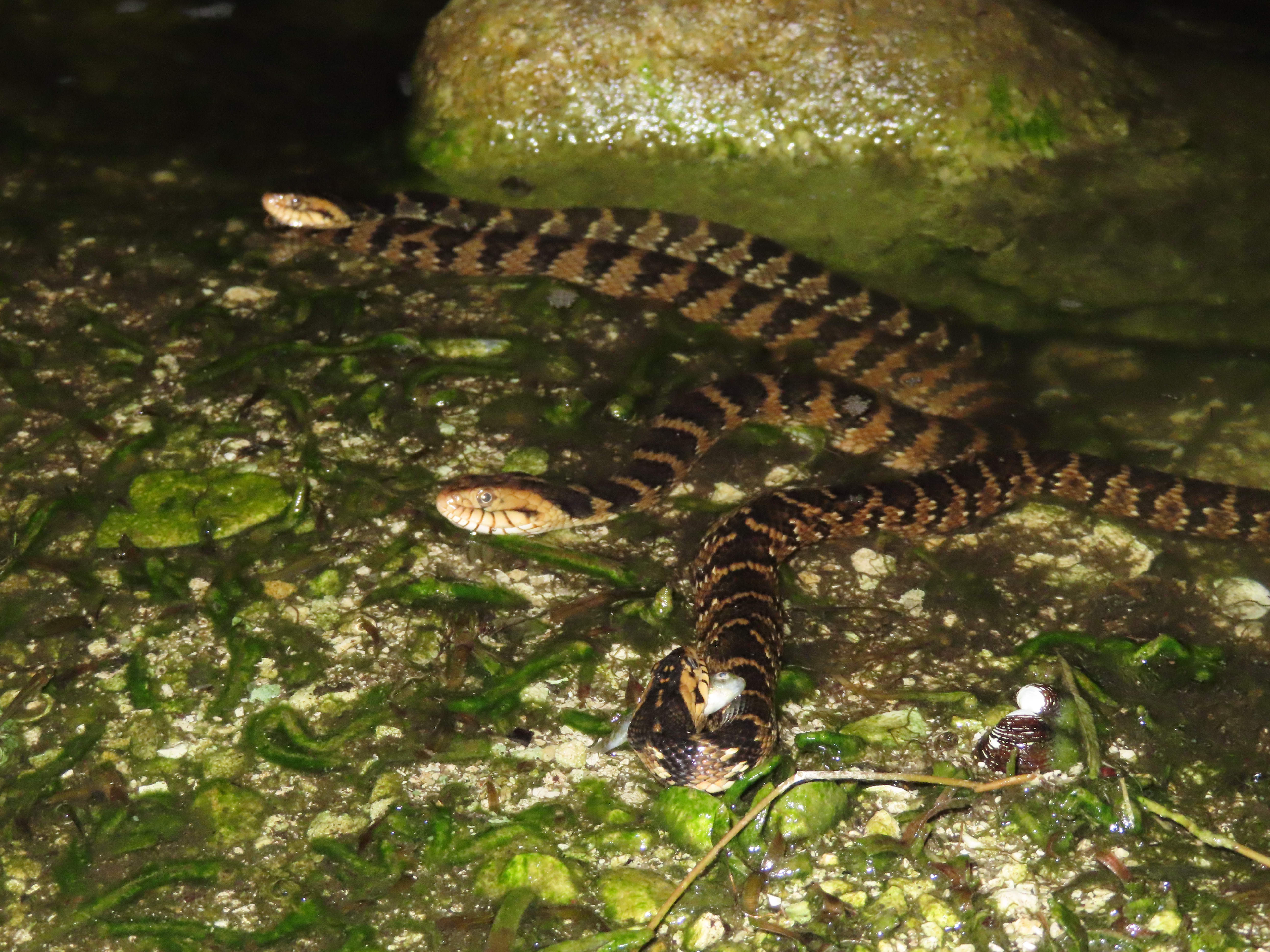