In this 36-minute episode of Closer to Truth, host Robert Kuhn grills Dan Dennett about his views on consciousness, panpsychism, and artificial intelligence. (Click on screenshot below to hear the episode, though you’ll have to register or use your Facebook account.)

The summary of the episode, assuming this is the only one, is a bit misleading:

Daniel Dennett discusses the nature of consciousness, if consciousness is an illusion, artificial intelligence and virtual immortality, and how he covers all of this in his book, Just Deserts: Debating Free Will, co-authored with Gregg D. Caruso.

In act, there’s no reference to free will or to Dan’s book with Caruso, which I briefly evaluated here.

I won’t summarize this, as most readers like to watch the videos, but will say that Dan takes up—and peremptorily dismisses—the idea of panpsychism, the view that every bit of matter in the Universe, from electrons on up, has a form of consciousness. Dan says this theory is “regressive and unfortunate” but “just what one should expect” in a world where “You gotta be different; you gotta have your own theory, so lots of young philosophers are trying to figure out what radical thesis might springboard them into notoriety, which is a path to fame.”

He further characterizes panpsychism as “almost embarrassing” because it doesn’t explain anything at all. In the end, he says it’s not even a theory but “a labored definition of mentality or consciousness.”

Kuhn then asks Dan to explain why he, Dennett, considers consciousness an illusion, and I think Dan’s answer is too quick in this short video to be fully comprehended, but has to do with a collections of neurons collaborating to give an illusion of a single decider, with the whole business having evolved to give us “self control.”

The rest of the conversation is about whether one could download consciousness, or back it up at night, and, if so, what would be the implications. There’s talk of zombies, artificial intelligence, and so on, but, sadly, not a peep about free will.

I’ve had my differences with Dan, especially about free will, but there’s no denying that the guy is a force—a really smart philosopher who has the chops to make his ideas intelligible to the public. And he clearly hasn’t slowed with age. And despite out differences, we both agree that panpsychism is “not even a theory”, but a desperate attempt for its adherents to get attention by standing apart from the pack. 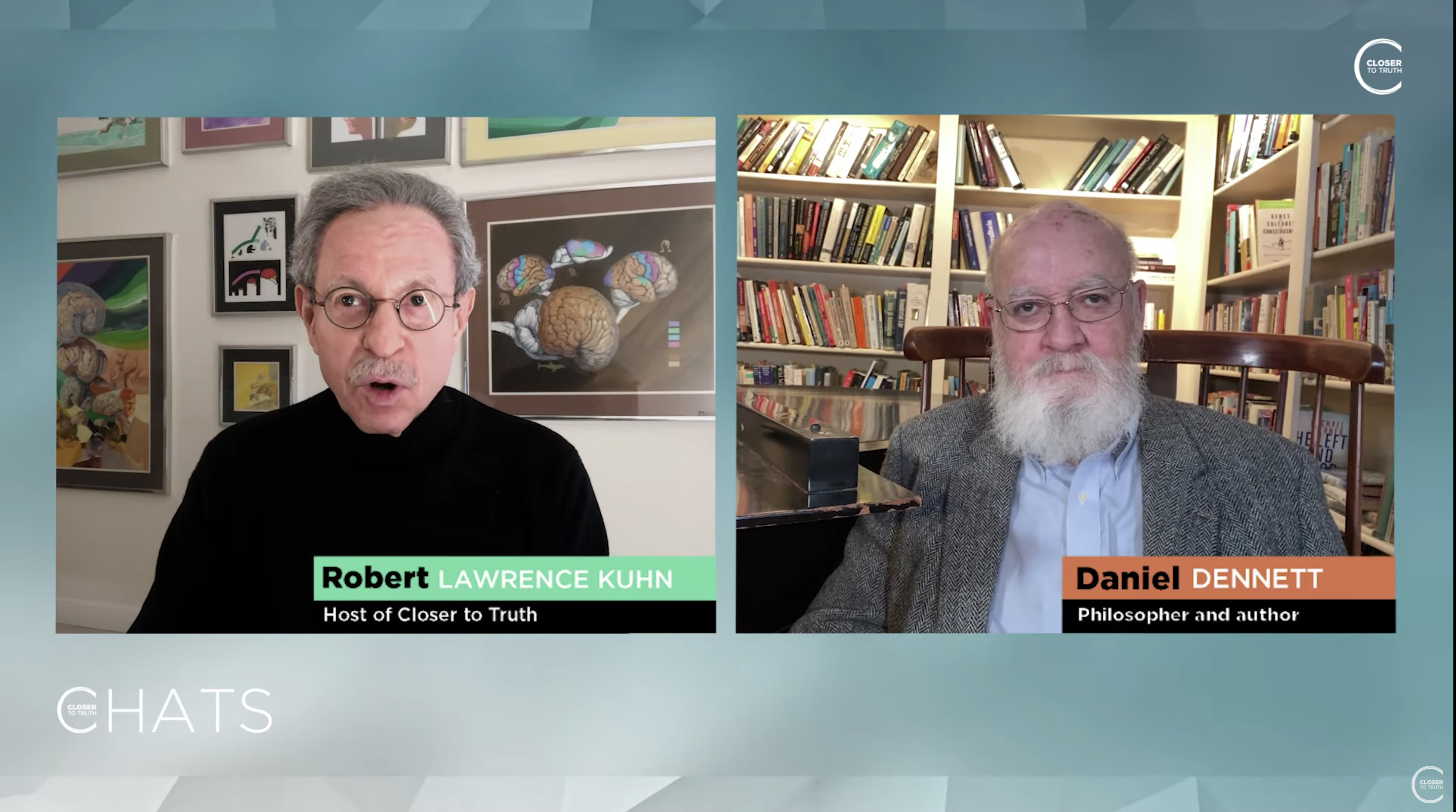 27 thoughts on “Dennett on consciousness and other stuff”